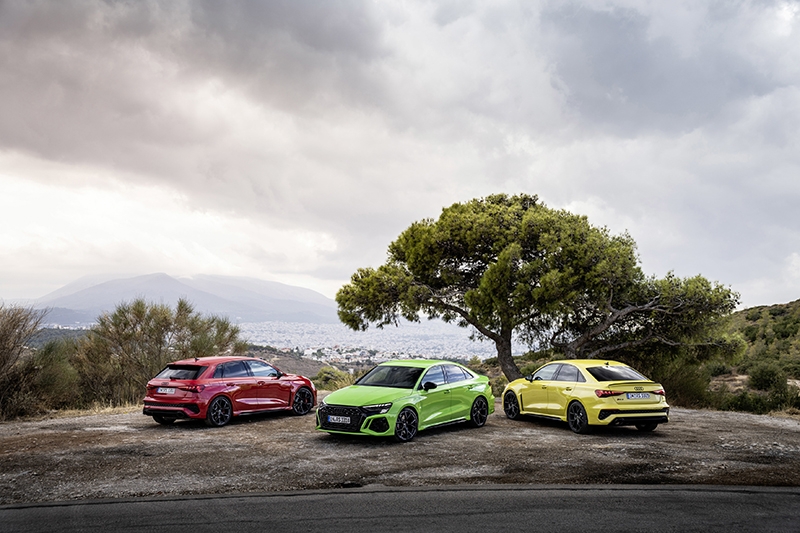 From supercars, to ubersedans, to hot SUVs – Audi’s got something for everyone in the coming year!

We’ve gotten word from Audi Singapore that a whopping TEN new and updated models will arrive in Singapore come 2022. While some of their lineup are getting mid-life updates, there are a host of new-to-Singapore spicy S and RS models. The ones we’re especially looking out for include the five-cylinder RS 3, and the massive S8 ubersedan!

“Audi fans and customers have a lot to look forward to in the new year with a strong emphasis on the most prestigious members of the Audi family,” said Markus Schuster, Managing Director of Audi Singapore. Judging by the list they’ve sent us, we concur… 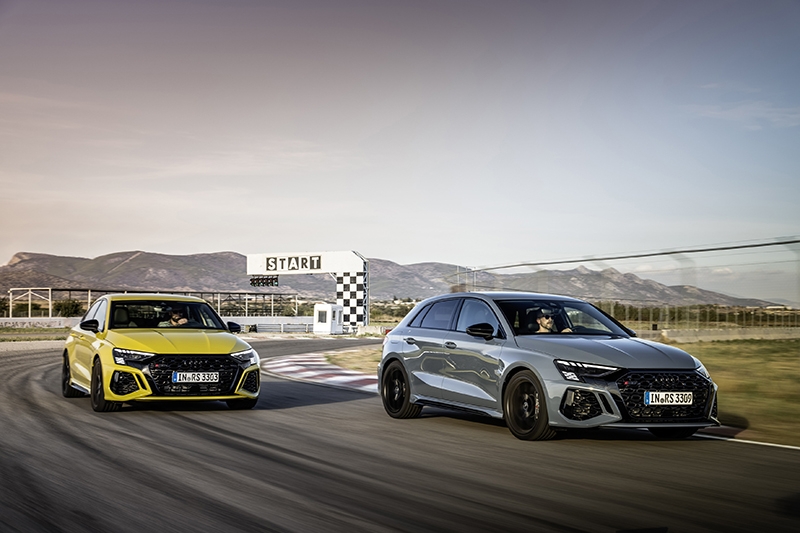 Having driven both the A3 and S3, we’re really looking forward to the RS 3 with its five-cylinder engine. With 400 hp and 500 Nm on tap, it rockets to 100km/h in just 3.8 seconds – a full second quicker than the already-quick S3.

It’s also got what Audi calls a Torque Splitter, which is essentially an electronic rear diff. This allows full torque vectoring to each rear wheel, providing ‘greater lateral dynamics and stability’. There’s also an – ahem – drift mode, which sends 100% of available torque to the rear axle. 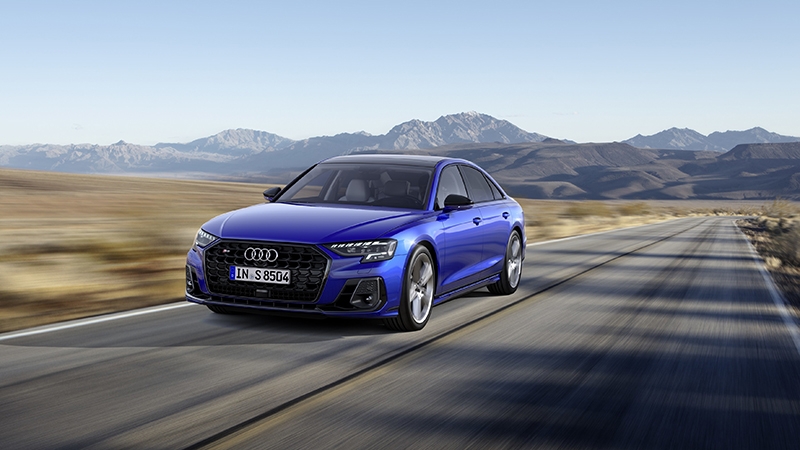 There’s nothing nicer than a large, fast sedan. Especially so, if it came with a Lamborghini-derived V10 up front – such as in the second-generation S8. The fourth-generation S8 now uses a more conservative twin-turbocharged V8 shared across the Volkswagen Group, but is no less exciting.

571 hp, 800 Nm, 3.8 seconds. These are all the figures you need to know, and that it comes with sport differential and all-wheel steering. It’s also got an active suspension system that controls each corner individually, reducing body roll for better handling. 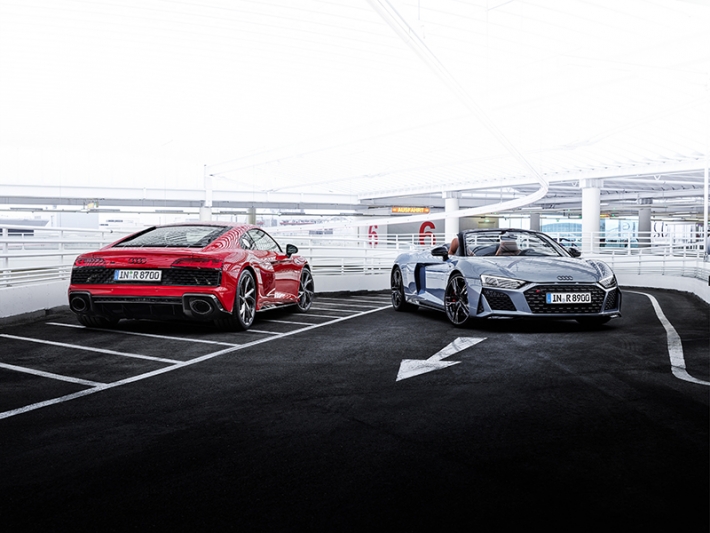 We’ve driven the AWD R8 V10 and R8 V10 Spyder, and while they were daily-able supercars, they just seemed a bit too clinical. An Audi flagship without its signature quattro system seems inappropriate, but they realise that it’s something the purists would love.

What started off as the limited-edition R8 V10 RWS became the production R8 V10 RWD, and it’s now been updated for the 2022 model year. A 30 hp and 10 Nm bump now puts power figures at 570 hp and 550 Nm respectively, with the century sprint despatched in 3.7 seconds. 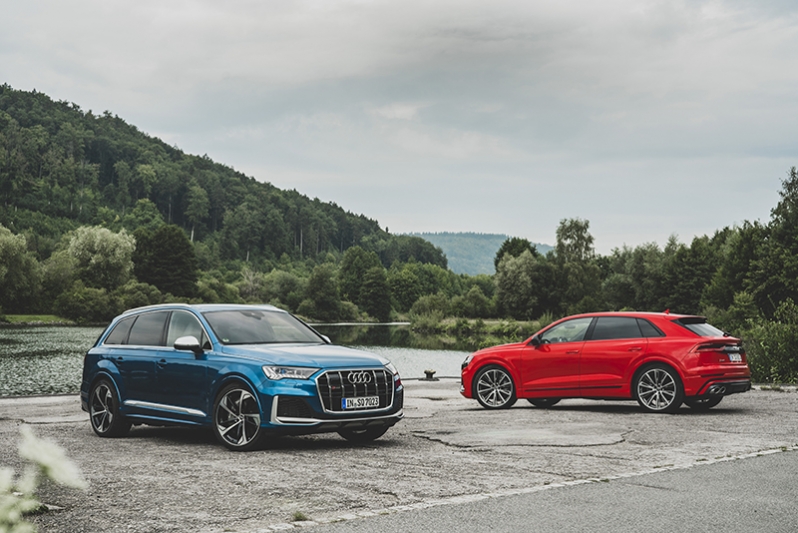 Audi fanatics in Singapore looking for a quick SUV have thus far been limited to the 349 hp SQ5, but come next year, they’ll have two more options. Coming in the form of the SQ7 and coupe-like SQ8, it’s the first time that Audi Singapore is able to offer them since both models launched in 2019.

Both cars share the same MLB Evo platform and 4.0-litre twin-turbo V8 that’s also found underneath the Porsche Cayenne and Bentley Bentayga. In SQ7/SQ8-spec, the engine is good for 500 hp and 770 Nm, with a 4.1 second century sprint. 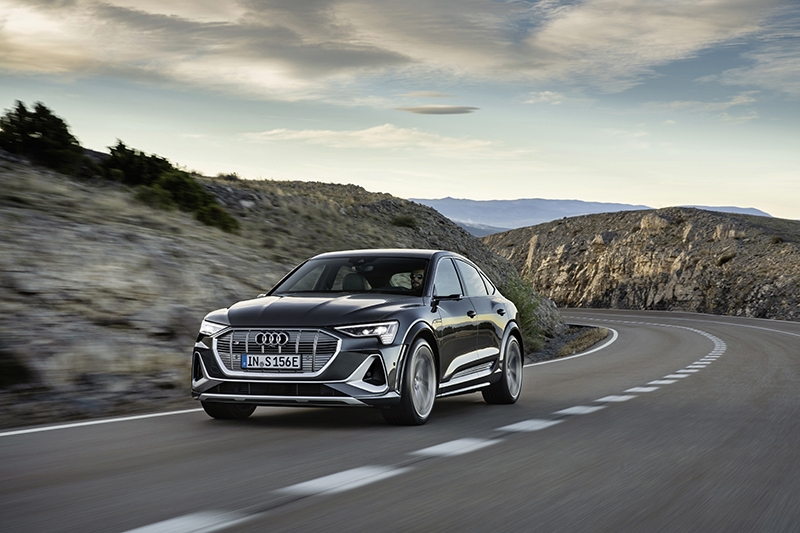 No one really needed a 500 hp, 973 Nm electric SUV, but we’re glad Audi delivered anyway. The e-tron S Sportback is Audi’s first fully-electric S model, with three (yes, you read that right) electric motors. One large motor goes on the front axle, with two smaller ones on the rear axle – for torque vectoring across the rear wheels.

We had a go in the vanilla e-tron 55 quattro and that already felt properly punchy; the e-tron S’ extra 100 hp and 309 Nm should be pretty breathtaking. 100 km/h comes in 4.5 seconds – just half a second shy of the Porsche Taycan 4S!