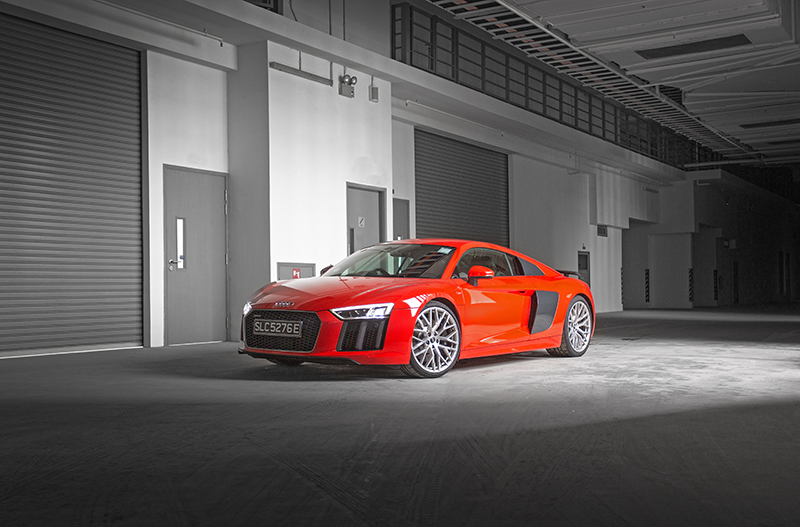 If you're hoping for the same 'wow' factor as when the first R8 was launched, you'd be disappointed. But dial back your expectations a little and the new Audi R8 is an awesome car.

When we sampled the new R8 back in May during the Audi Sport Driving Experience, we were … well, a little underwhelmed by it. Audi had prepared a makeshift track layout on the Changi Exhibition grounds and flew in eight left-hand drive R8s for the media and customers to pilot. The tight turns in the circuit design were potential corners to let the Quattro system shine. Instead, the car understeered in many instances.

Personally I was also a little sad that the look seemed too similar to the old one. It somehow lacked the ‘boomz’ factor. Then it dawned on me that perhaps, I had been expecting too much.

The R8, when first revealed back in 2007 was a gorgeous and technologically-advanced piece of machinery. Audi had outdone themselves with the 1st generation car. 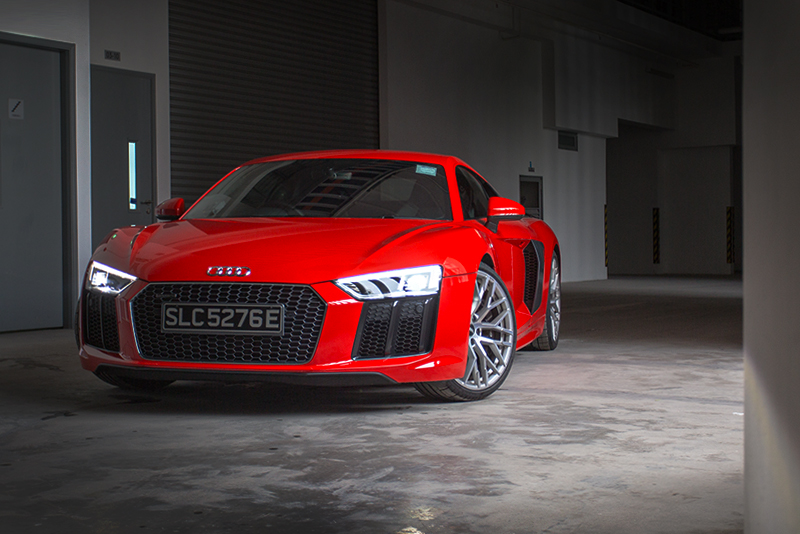 Somehow without realising it, I was approaching the new car with the hope of discovering a refreshing gem of a car like I did when I first saw and drove the original. I think I’m not the only one too. 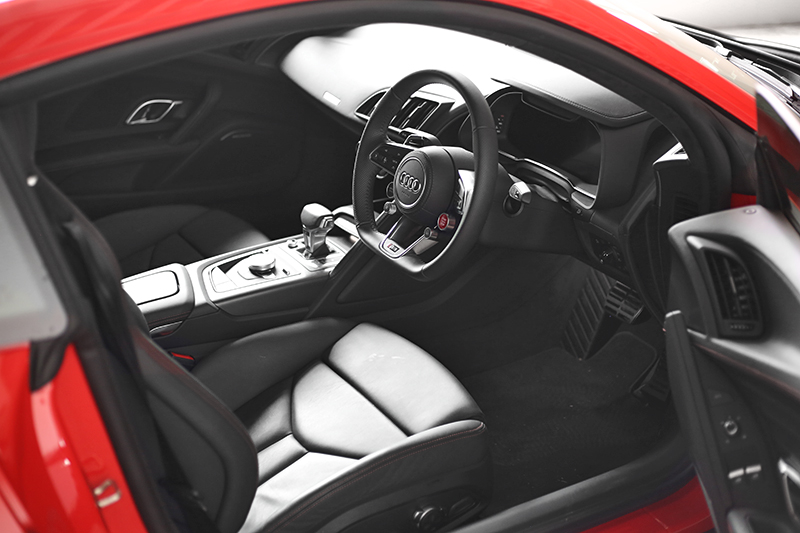 A few months down the road, here we are with the right-hand drive spec meant for our roads. I decided to be objective and go deeper into understanding what Audi had done with the new car. I’m happy to report that after driving the car in real world conditions, the 2016 Audi R8 has turned out to be that superb car I was hoping for it to be. It really is. 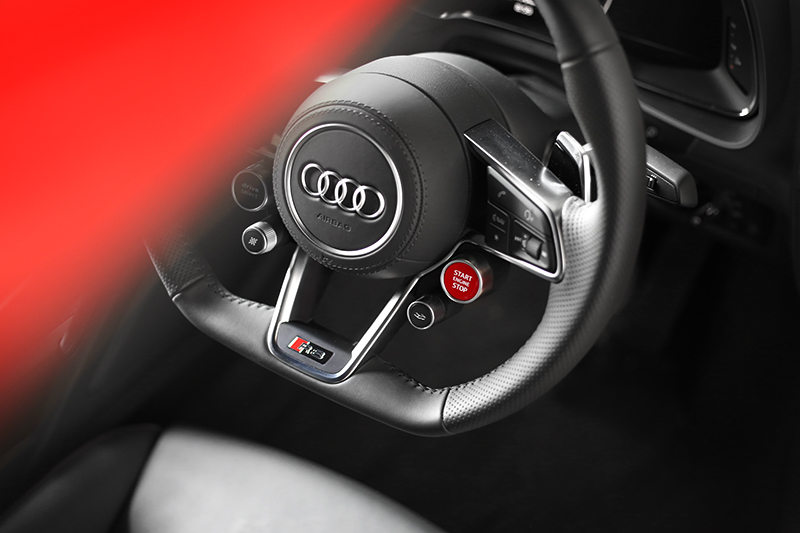 At $800,000, the car is not what anyone would call a bargain. But with the new ARF scheme and luxury sports cars costing a lot more than they used to, it’s actually quite surprising to find out that the new car is actually cheaper than the old one when it was launched (at around $1M). 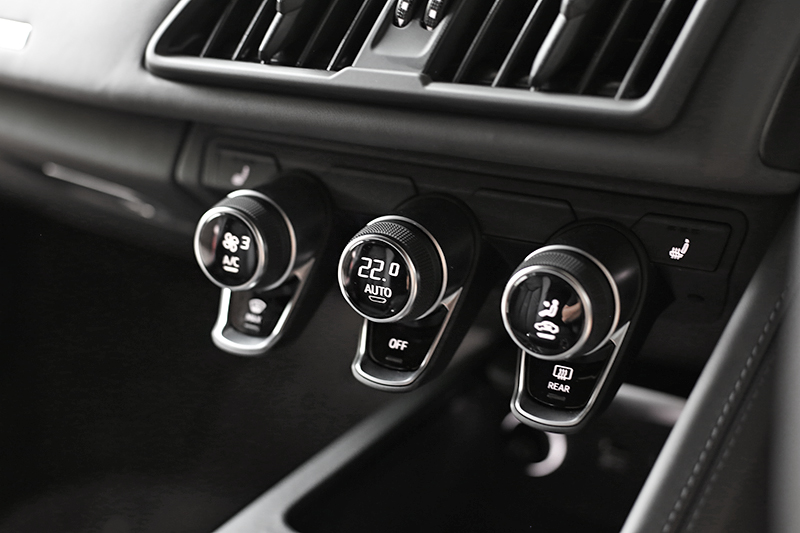 Like the first model it replaces, the new R8 is packed with technology. The new platform is shared with the Lamborghini Huracan, which is a hybrid aluminium-carbon structure that saves about 50kg of weight over the old model. There’s a new quattro all-wheel drive system made by Haldex, a new Virtual Cockpit layout, more engine tech and new chassis tech as well. 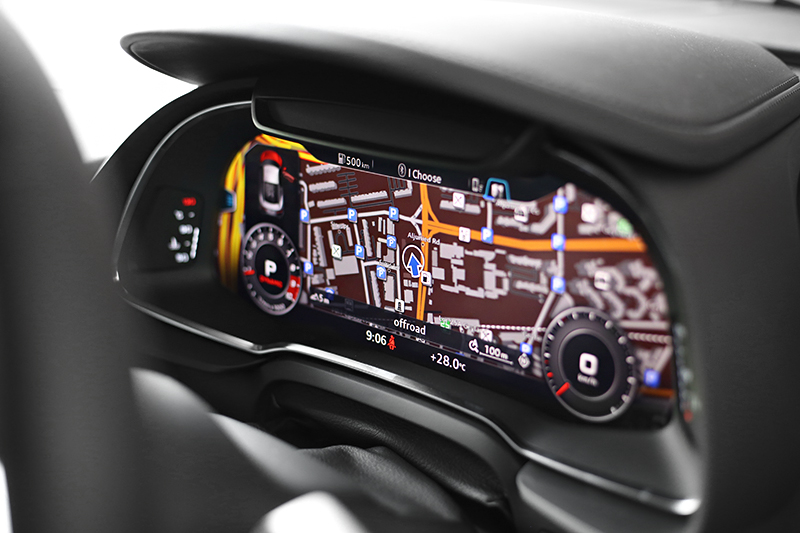 As far as modern improvements go, the new R8 has done well. It’s lighter, faster, stiffer and more powerful than before, yet more efficient and more economical. 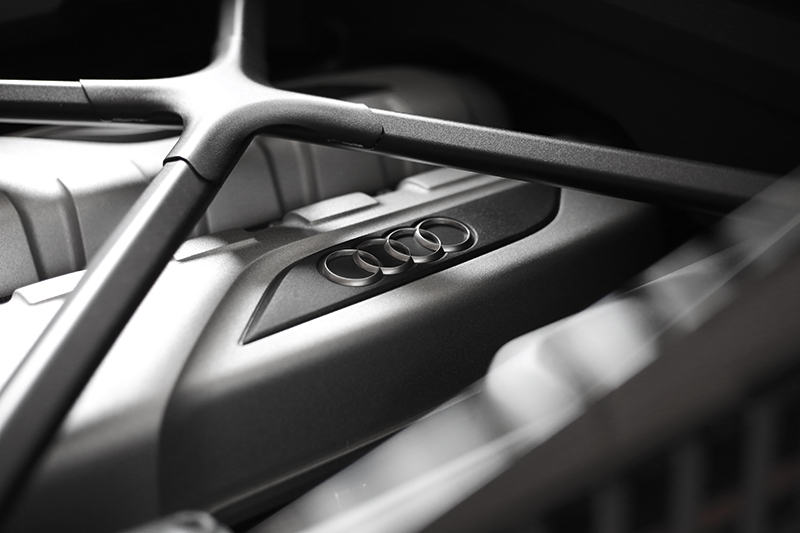 You get the full Audi experience in the interior. New seats, sleek aluminium trim and solid materials used everywhere - it really is one of the best cabins of any sports car. The ignition button is mounted on the steering wheel now. Considering how much contact you have with the steering when you drive, it’s puzzling how other car manufacturers have not placed as much emphasis on steering wheel design as Audi has. It’s truly nice to hold and behold. 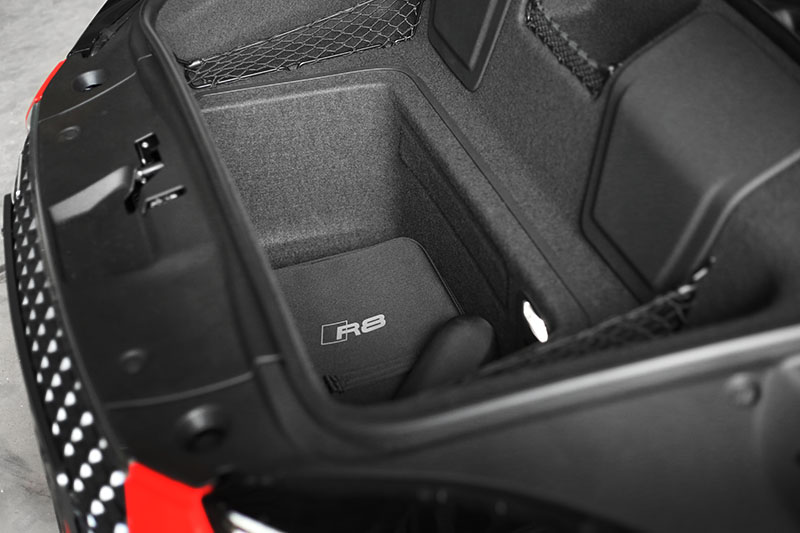 Start the car up and the loud exhaust comes alive (which in sport mode is even louder), indicating that the 540 bhp V10 is awake and ready to go. There’s no V8 version anymore. Instead, the R8 all come with V10 engines and variants are differentiated by kit and engine tune levels. The current top-of-the-line spec is the V10 Plus that pushes more than 600 bhp - on that note, the standard car we have here has been specced with some Plus items (eg. carbon fibre spoiler). 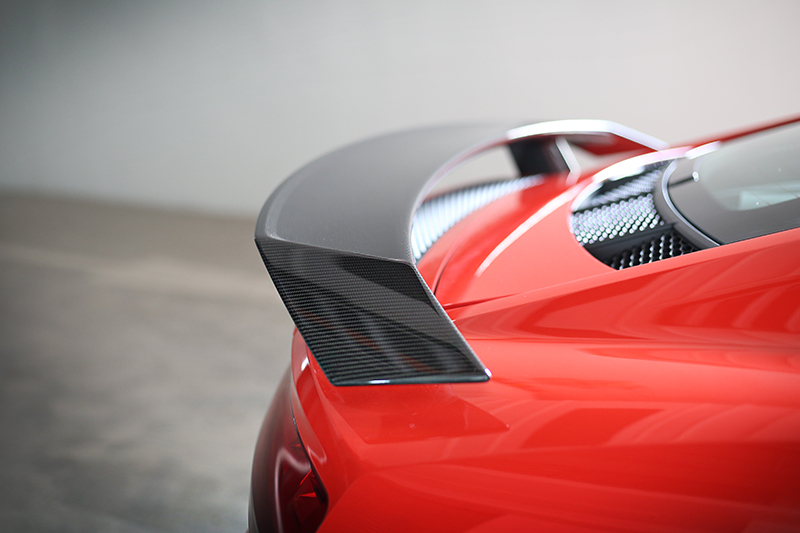 Like I said earlier, the new R8 is quite a joy to pilot on the road. The car itself is highly capable and it never feels short of power or grip. As a driver though, you do feel a huge sense of detachment to the car. But then again, that’s not something new with Audi. Swap between Comfort, Auto, Dynamic and Individual settings on the Dynamic Drive and you’ll be able to experience the various personalities of the car. Personally, I found Comfort too dull and Dynamic too hardcore, so I left it in Auto for the most part.Â 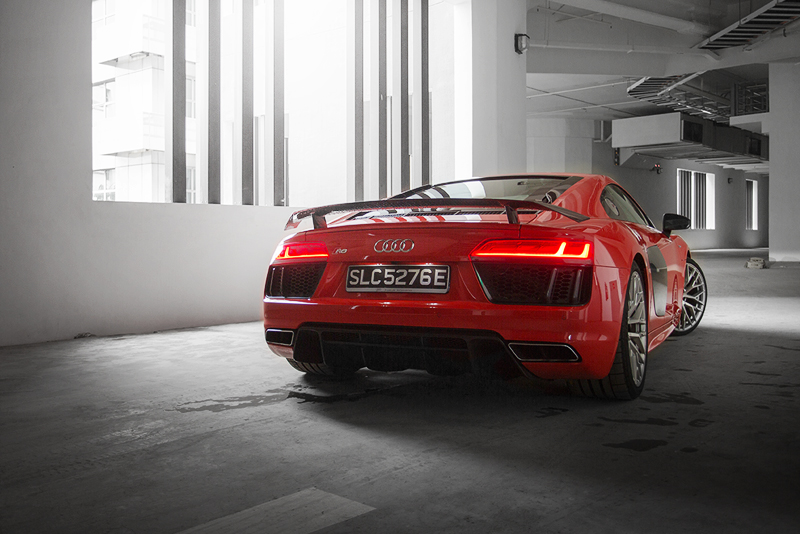 The seven-speed dual clutch gearbox is quick and delivers up and downshifts faster than any manual car can muster. Paddle-shifters are really the norm these days, and in the larger scheme of things, they do help make your everyday commute more convenient - allowing you to focus on enjoying the handling, speed and traction that the new R8 displays so much of. 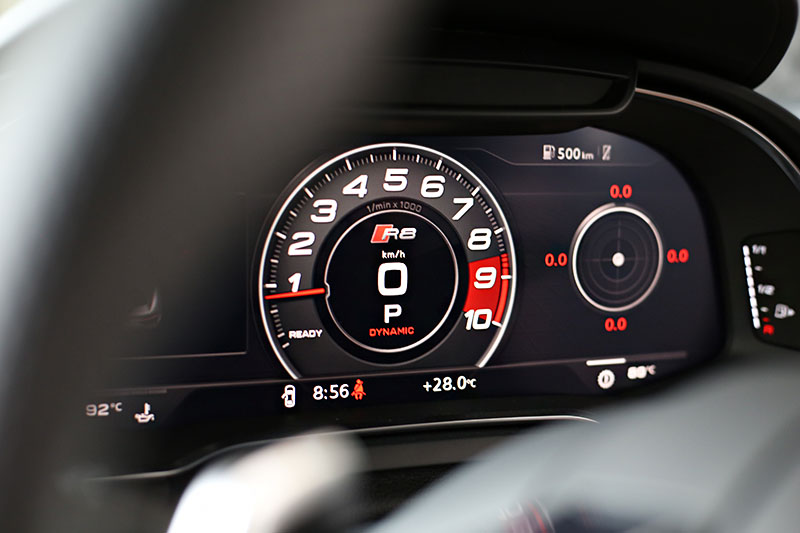 I like the new R8 for what it is - an ultra-modern and safe supercar that is really usable every single day. But ultimately, I wouldn't buy one because it's just too clinical. New tech will grow old one day. 10 years from now, whatever remains will be the substance of the car, and I'm not sure the R8 has much of it. Unfortunately, the strengths of the new R8 are also it's weaknesses. 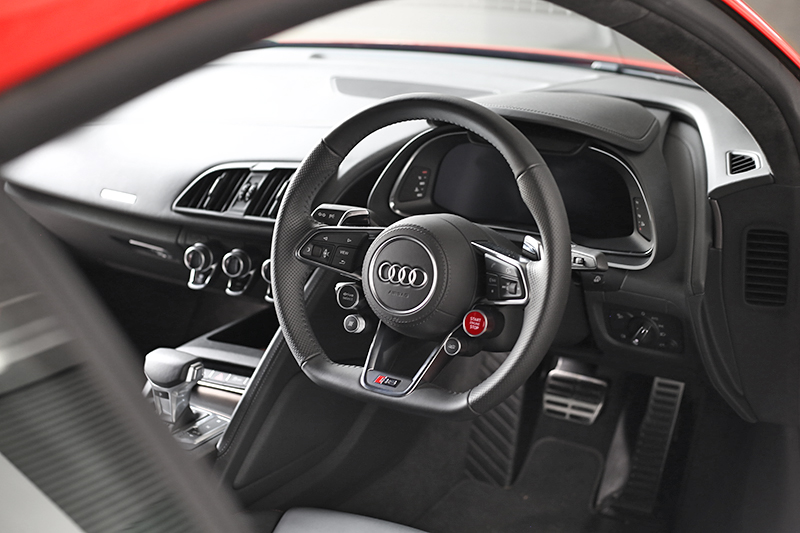 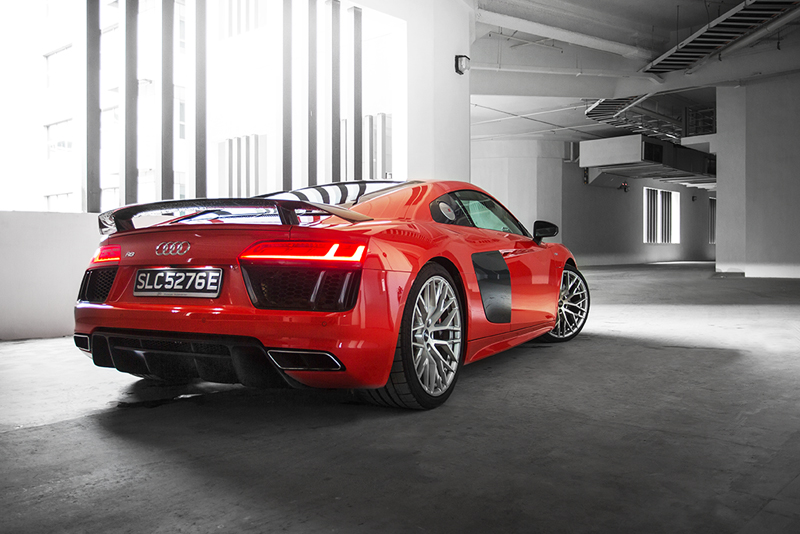