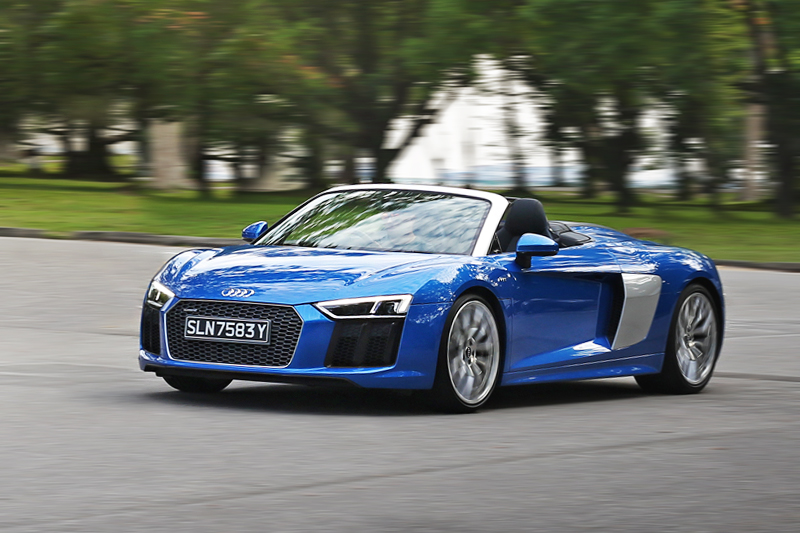 Like the 80s’ movie featuring a high-tech helicopter, the new R8 Spyder is an advanced assault machine so similar to ‘Blue Thunder’.

I’ve pretty much just revealed my age by drawing that comparison to an 80s’ movie. So if you know what I’m talking about, then you must be in my generation too. But that would be perfect because this car is not likely to be purchased by anyone younger. Nope, at SGD 872,888 with COE, this new Spyder is in Lamborghini Huracan Spyder territory.

So why this and not a Lamborghini then? Well we asked the same question too and found that it would have been an impossible question to answer unless you’ve driven both - and we have. Well we’ve driven the Huracan Coupe at least, both on the road and on the track. 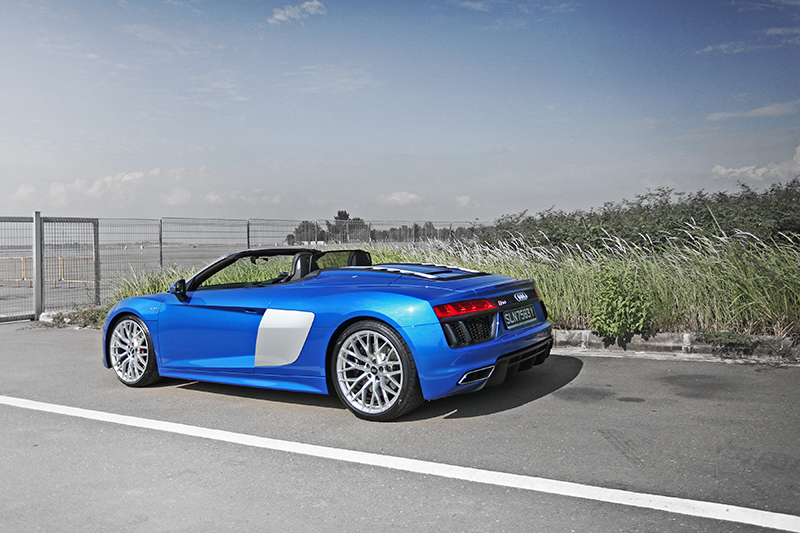 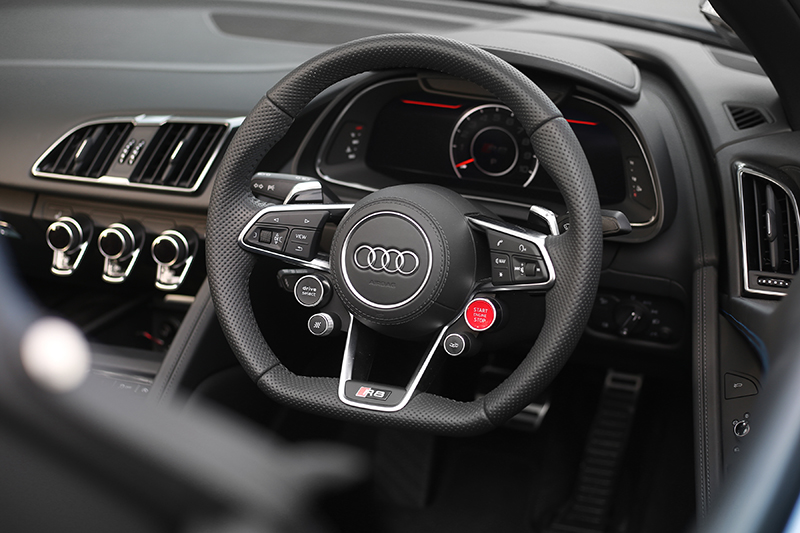 So let’s say you’re happy with the Huracan Spyder 2WD and maybe your spending limit is capped at SGD 1 million. You’ll likely find yourself comparing the 2WD Lambo with the Audi. Did I mention that the Lambo’s price is for a bare-bones basic specced Hurancan Spyder? Looking at the delectable options on the Lambo menu, it’s not difficult to chalk up another SGD 100,000 (or more) to that final price. 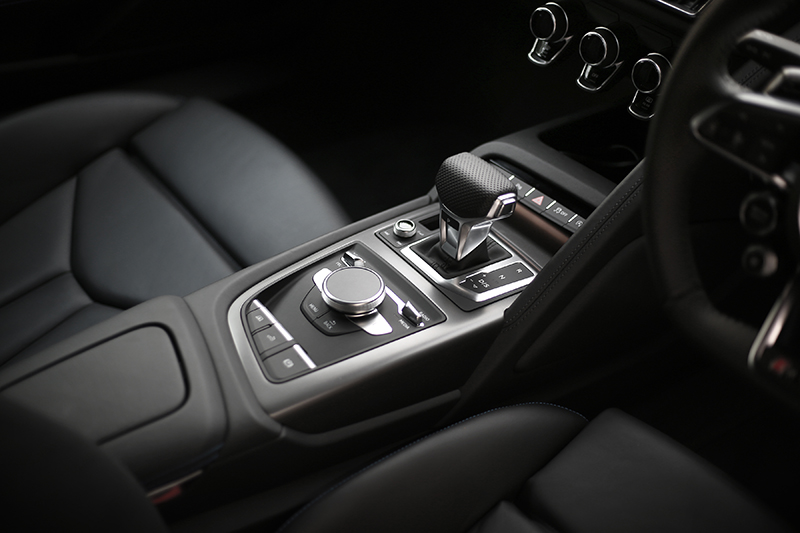 But the Lamborghini badge is still worth that extra bit though, and it looks crazy sexy too. But that’s not to say that the R8 is ugly - it’s not. Not by a long shot. During the time we had the car, a stranger asked to take some photos the car, a kid dragged his dad across the street to see the car up close, and people at bus stops would stare and gawk as we drove past. The Coupe we took out earlier didn’t quite receive the same response. 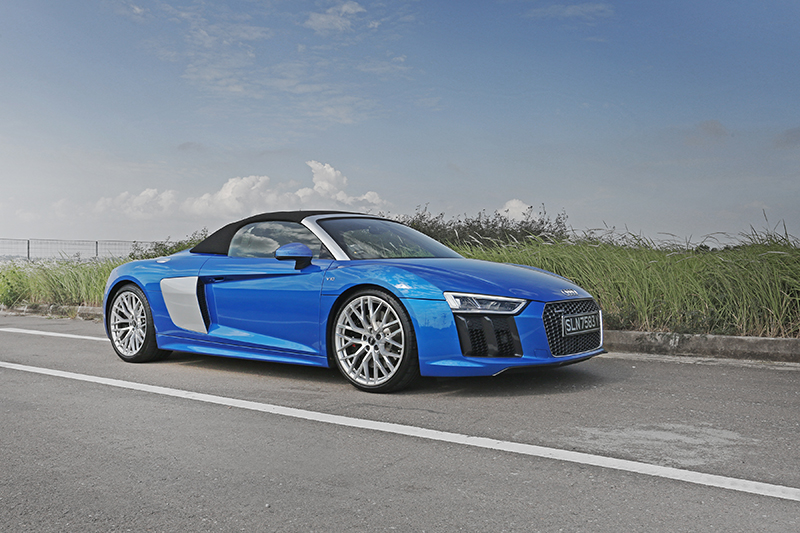 Maybe it was the eye-catching blue paintwork. Or perhaps the edgier lines were more pronounced with the roof down. Could it be that the contrast of aluminium finishing and black air inlets made for a perfect high-tech modern sports car? Either way, we’ll need to go beyond skin deep to find out what makes the R8 Spyder special.Â 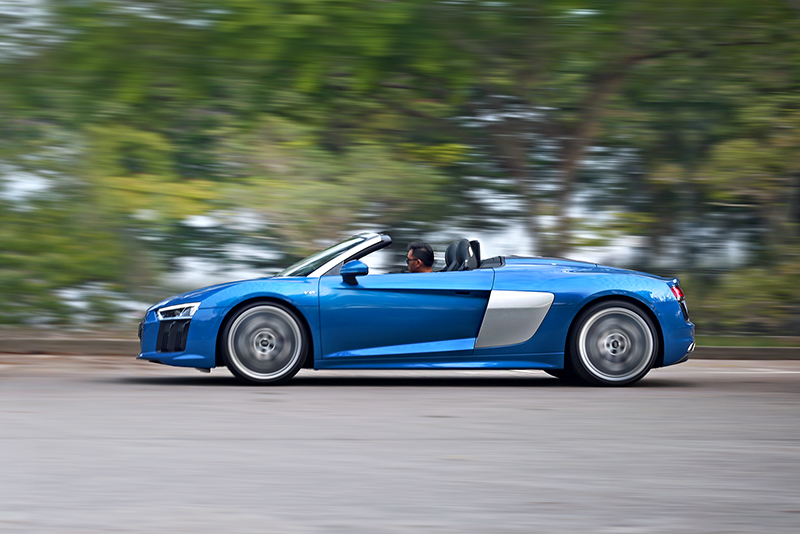 Hand-built in the Audi BÃ¶llinger HÃ¶fe factory, the cars are put together by 500 skilled employees and each unit is put through stringent acceptance tests before they are released for sale.Â There are several weight-saving features on the car, like the top for example, weighs only 44 kg. An electro-hydraulic drive opens and closes the top in just 20 seconds at speeds up to 50 km/h. 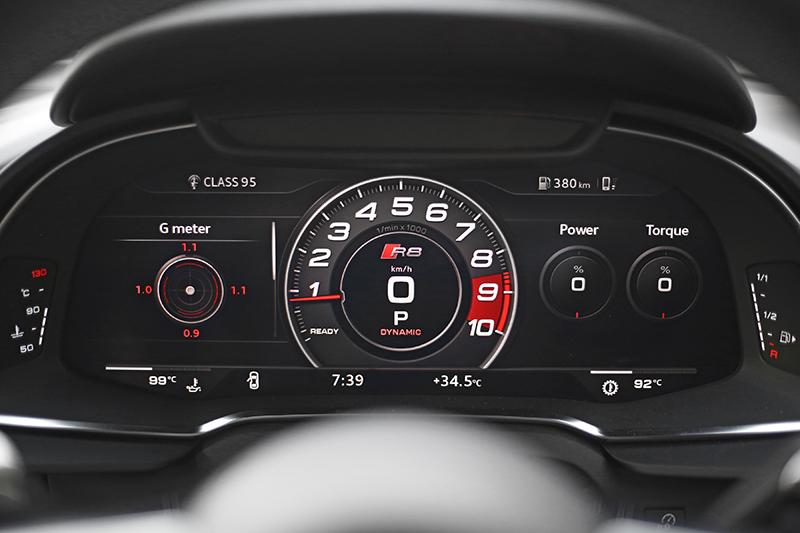 Other aluminum and carbon fiber components ensure the open-top two-seater keeps to a fairly low dry weight of 1,612 kg. The structurally rigid frame is now built with Audi’s new multimaterial Audi Space Frame (ASF). So it’s light(ish) and solid - should make for a rather good drive then? 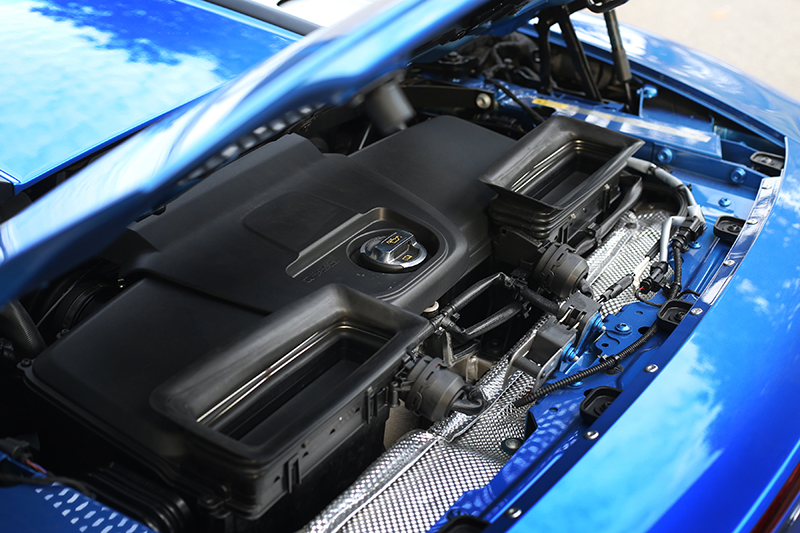 Well it does. With the top down, a convertible should feel a bit wobbly when pushed hard. Not the the R8 Spyder. No scuttle shake, no apparent chassis flex - just a good firm handling open top super car. 100 km/h will come in 3.6 seconds from standstill and you’ll here all 540 angry German horses gallop their way through the streets. Max torque of 540 Nm from the 5.2-litre naturally-aspirated V10 unit can be exploited at 6,500 rpm. 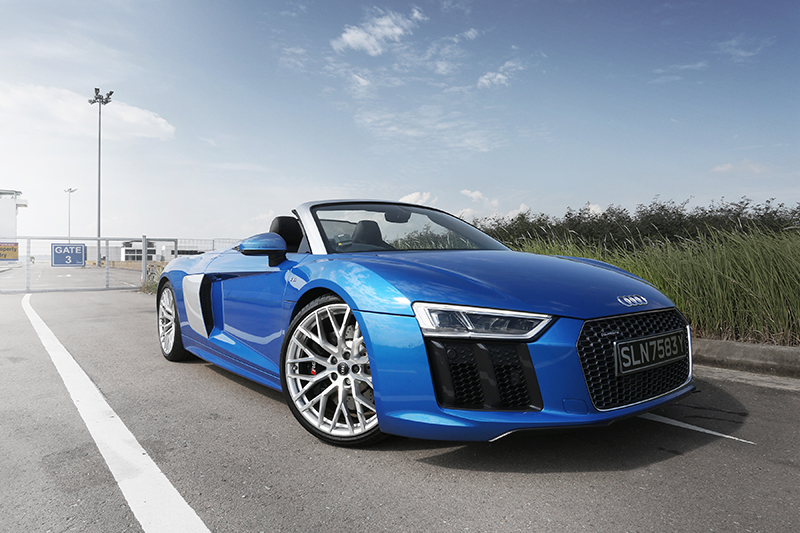 So yes, the car is fast. Really fast. Not only that, grip from the Quattro drive that’s put through the optional 20-inch wheels is massive. You never have to work hard to keep the car on the right track either, the awesome grip plus phenomenal handling makes for a rather confidence-inspiring driving experience. 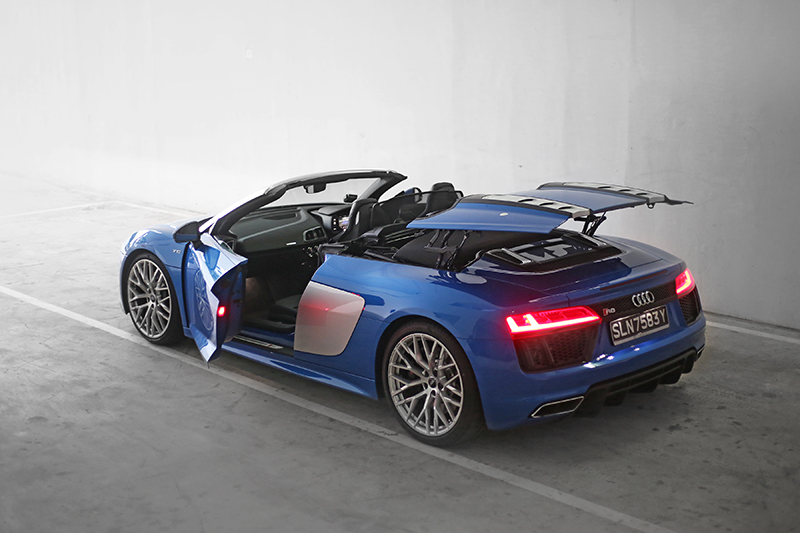 Flip through the seven-speed dual-clutch S tronic gearbox and you’ll be rewarded with lighting-fast gear swaps. Depending on the mode you’re in with the Audi drive select system, the car can either give you a rather relaxed cruising drive (Comfort) or an angry monstrous experience (Dynamic). Choose to toggle with the gears yourself in manual mode (M), switch the drive mode to Dynamic and flick the gear knob to Sport (S) and you would have just set the R8 Spyder in it’s wildest persona. Nice! 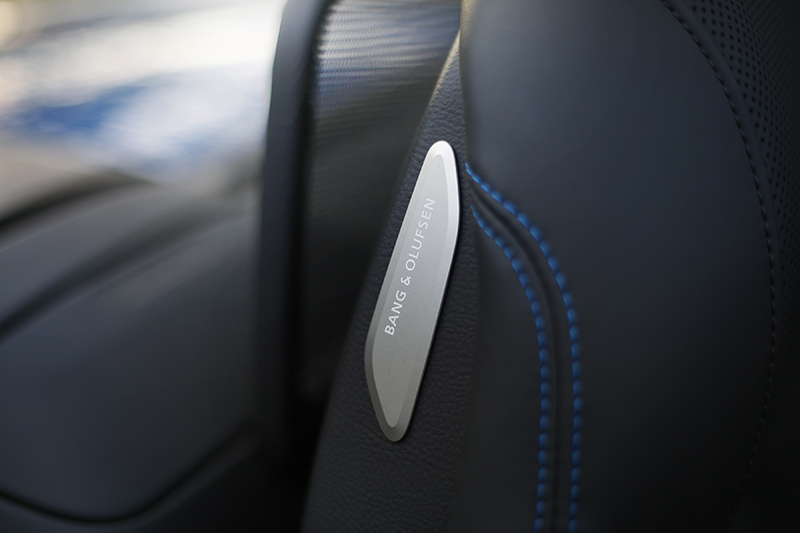 But there will come a time that a driver will tire of the posing and the driving. That’s when you’ll enjoy the lovely “monoposto” cockpit in the R8 Spyder. Curved and shaped around the driver, the interior ambience is a mix of sportiness and elegance. All controls are within reach, and the steering wheel itself houses many key controls - it looks cool and is also functionally sound. Speaking of sound, the audio system feature Bang & Olufsen speakers in the seats, so the driver gets to enjoy both engine and music soundtracks. 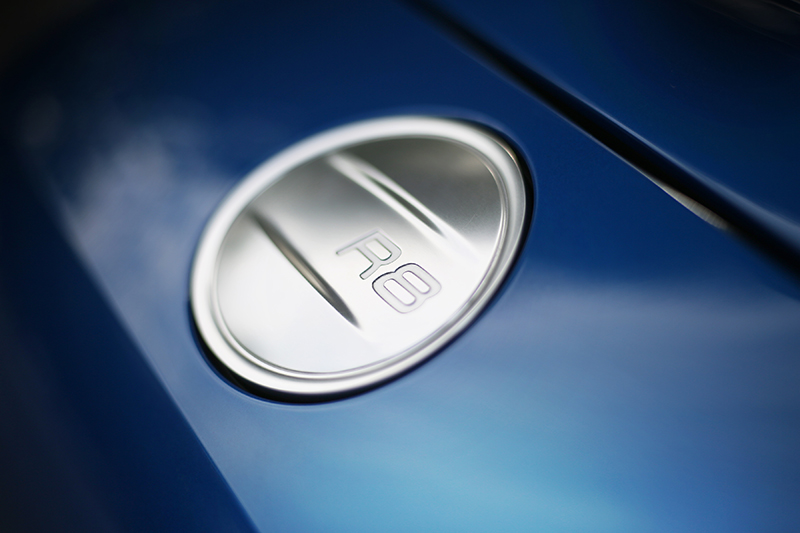 So the R8 Spyder maybe close to the price of a Lamborghini Huracan Spyder, but it is a supercar you can really use everyday. Or let me put it this way, it is one you will WANT to use everyday. Because it’s one of those special supercars that do it all. 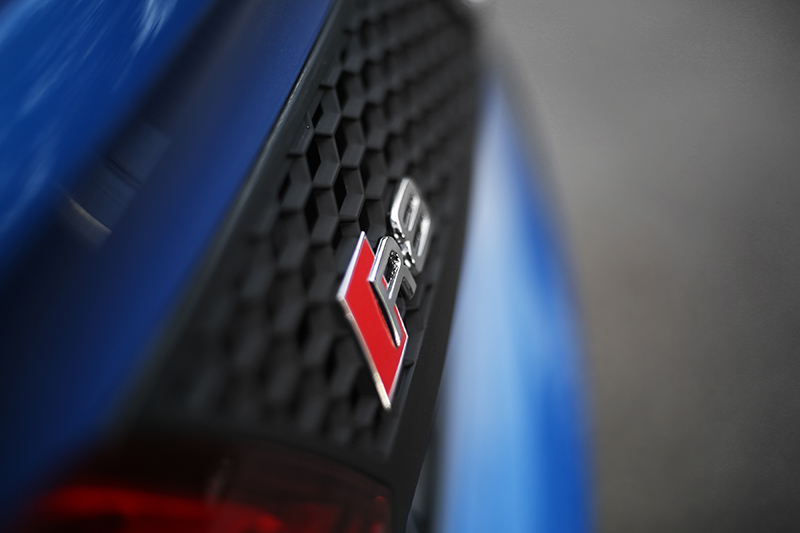 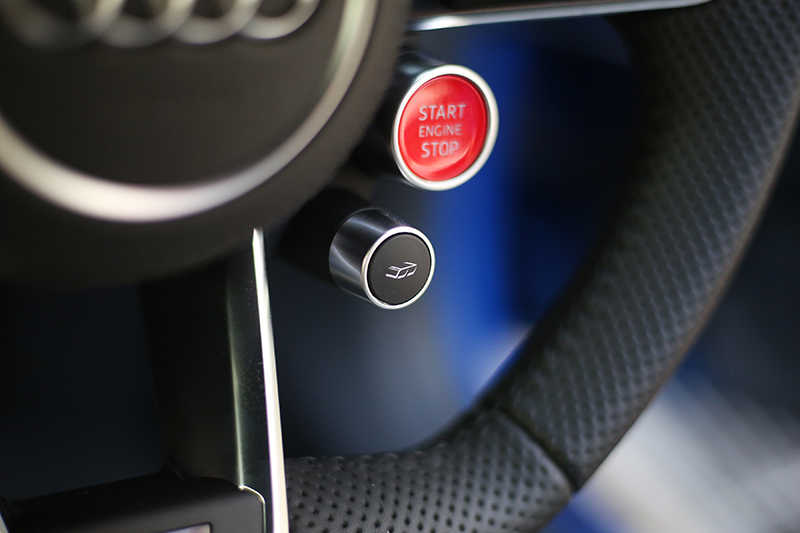