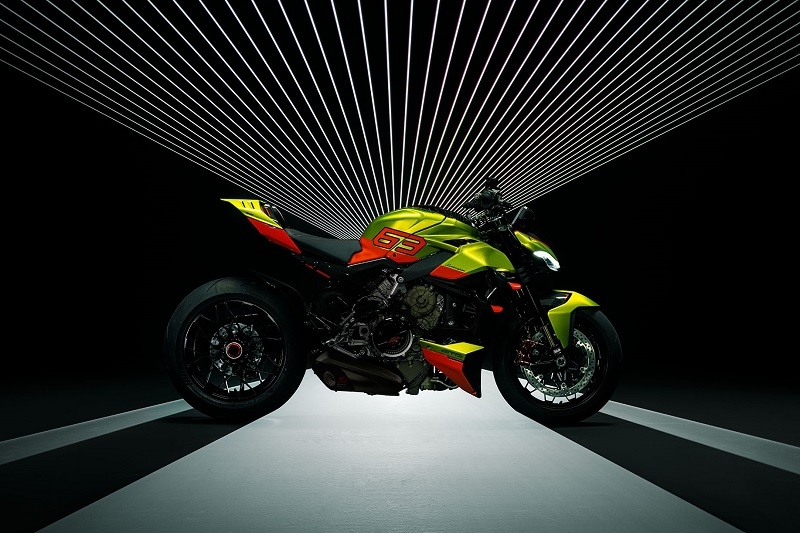 The Ducati Streetfighter V4 Lamborghini is a two-wheeled Huracan STO

Ducati has just recently announced the new Streetfighter V4 Lamborghini. This is a special variant of the Streetfighter inspired by the Huracán STO supercar and was unveiled to the general public at the San Marino Grand Prix.

This limited edition bike is the second collaborative project between the two brands, both being ambassadors of Made in Italy. The first time these two brands came together was back in 2020, which gave birth to the Ducati Diavel 1260 Lamborghini, inspired by the 820hp hybrid Sián FKP 37. 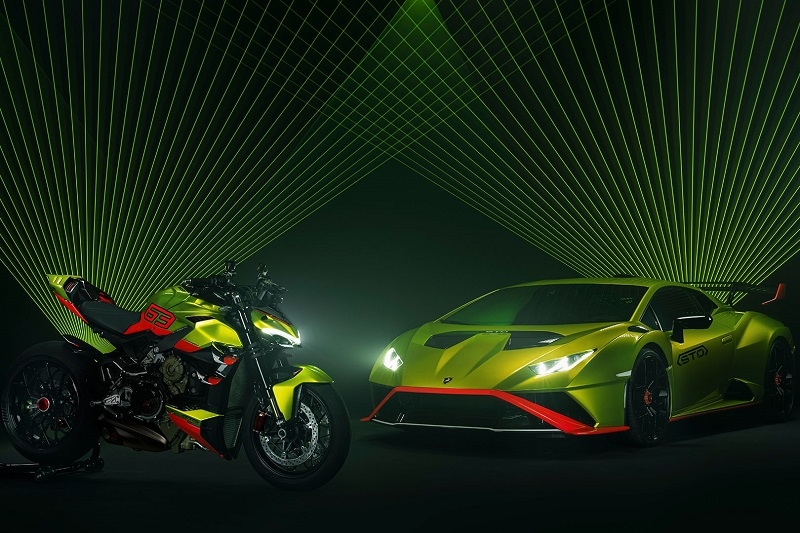 Regardless of whether you like this special edition monster or its regular sibling, we can all agree that the Streetfighter is in a class of its own. With performance as its main appeal, this bike was purpose-built to tear up the roads. 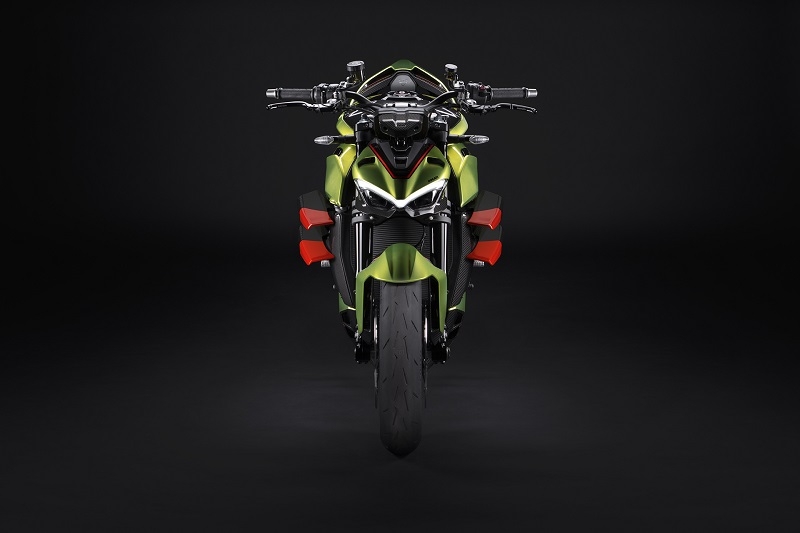 This special edition model embodies the ethos shared by both brands - style, sportiness, and exclusivity. Applying the well-known “Fight Formula” to the technical base of the Panigale V4 S 2023, Ducati has integrated aggressive elements and stylistic design traits that are unmistakably Lamborghini, including the seat which is inspired by the Huracán STO’s seat finish. 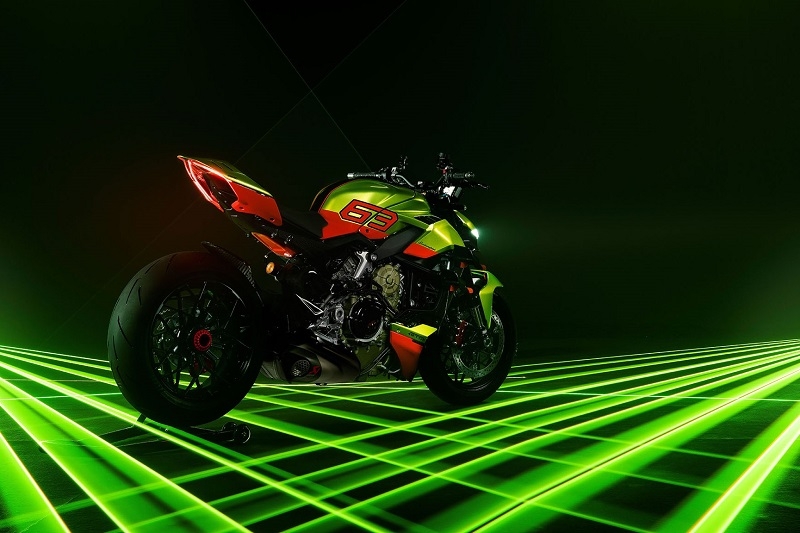 An exclusive livery in “Verde Citrea” (green) and contrasting parts in “Arancio Dac” (orange) will feature the STO logo and the number 63, referring to the year in which Lamborghini was founded. 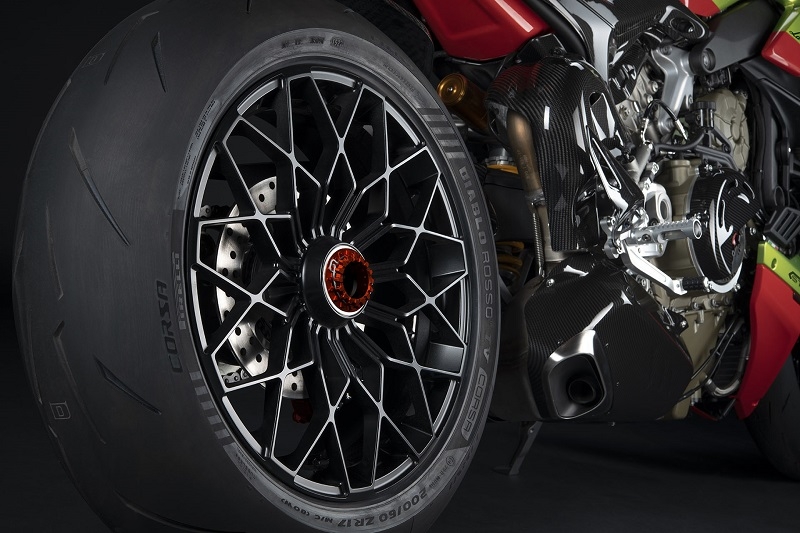 The bike features specially-made forged wheels enhanced by a titanium clamping nut on the rear. The front fairing is inspired by the air ducts integrated into the Huracán STO’s “cofango”, the term coined by Lamborghini for the car's clamshell front end. Other trim pieces are finished in carbon fibre, including the toe cap, radiator cover, wings, tank cover and tail. 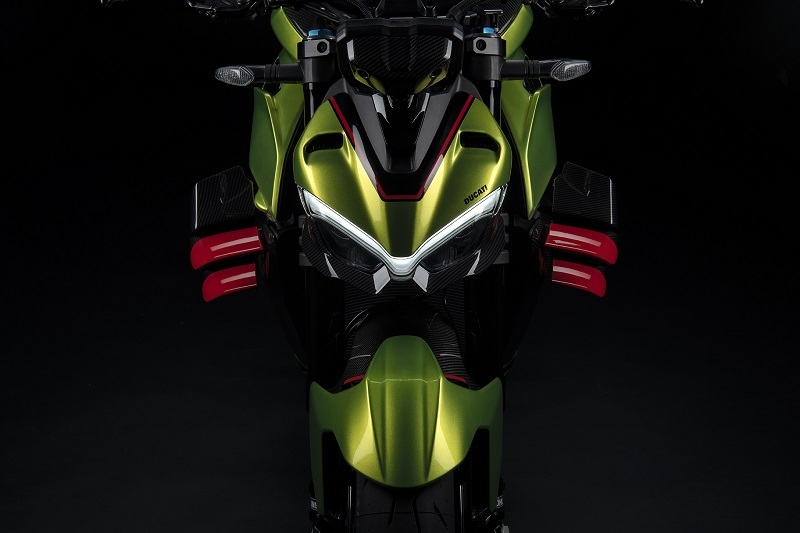 No change in performance to this special edition though. The beating heart of the Ducati Streetfighter V4 Lamborghini is the same 1.1-litre Desmosedici Stradale engine with 208 bhp on tap and features a dry clutch, similar to race-spec Ducatis.

The bike will be a limited edition model, with Ducati only planning to produce a limited numbered series of 630 units. 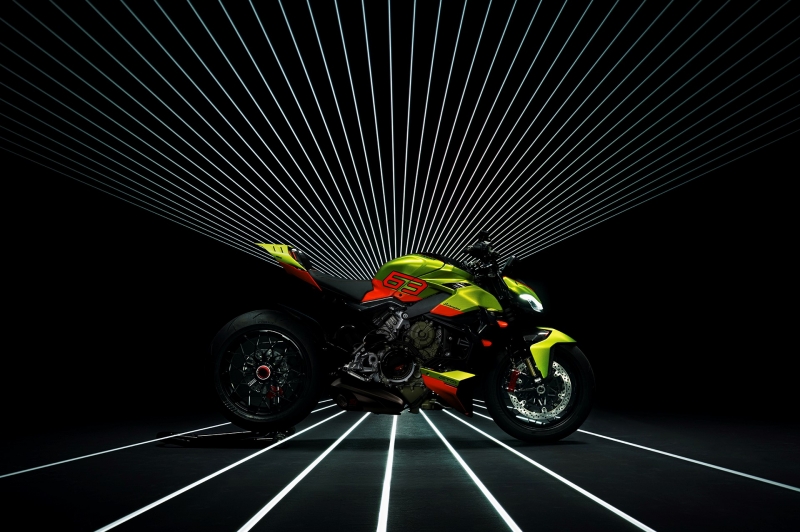 However, if you are someone who is lucky enough to own a matching Lamborghini, Ducati will offer an even more exclusive series dedicated to only 63 Lamborghini owners. Thanks to the Ducati Style Center, customers will be able to create unique examples of their Ducati Streetfighter V4 Lamborghini that matches their car, unlocking more customisation options.