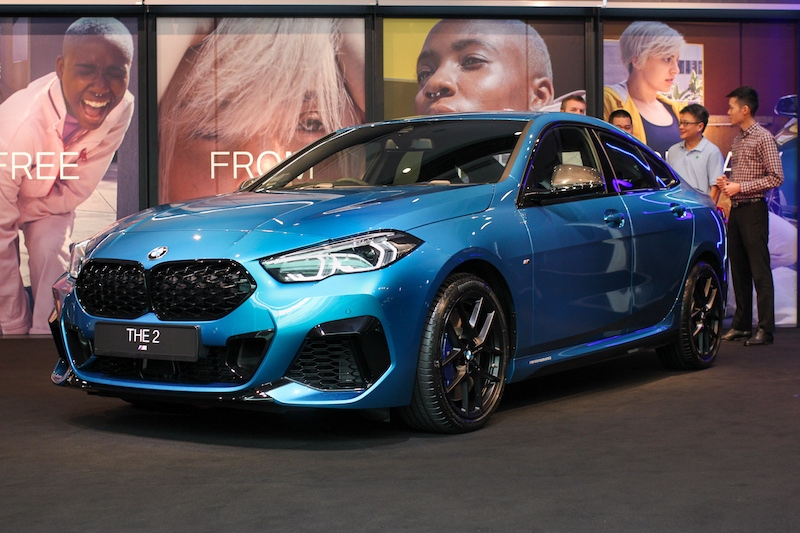 The number 2 isn't generally considered an auspicious one, but it's certainly special for BMW. It just launched the new 2 Series Gran Coupe (2 GC) at the Performance Motors showroom on 20/02/2020. It's just a shame the date didn't fall on a twos-day too... (#sorrynotsorry)

This after a remarkably quick turnaround time to bring the car into the country and put it on sale - click here to read our initial impressions when we drove it at its international launch in Portugal just two weeks ago.

Part of that has almost certainly got to do with Singapore’s preference for four-door models, which would make us something of a priority market. For all intents and purposes, the 2 GC is essentially a four-door version of the new front-drive-based 1 Series (note: not an elongated version of the rear-drive 2 Series Coupe). And despite the “Coupe” part of its name, there’ll be a good chunk of local buyers who see this as the cheapest entry into a new BMW “sedan”, similar to its arch-rival, Mercedes-Benz’s CLA when it first arrived seven years ago. 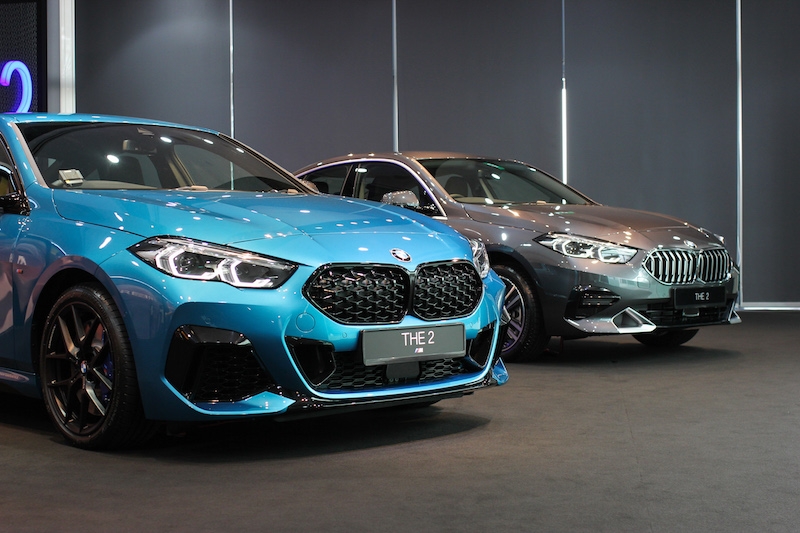 It’s certainly a lot less pricey than its three-pointed starred counterpart: at press time, the 2 GC range starts at S$160,888 including COE for the 218i Luxury (the brown car). For S$3,000 more over the Luxury, you could also get a 218i M Sport, with a different bodykit, suspension, steering rack, brakes, and larger wheels. 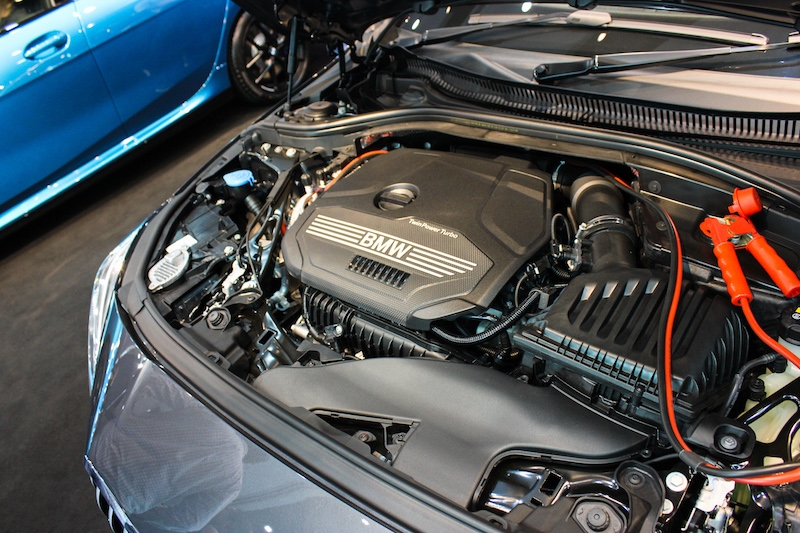 These models are front-wheel drive, and pack a 1.5-litre three-cylinder engine under its bonnet (shared with Mini’s Cooper models), which produces 140hp and 220Nm of torque; 0-100km/h is achieved in 8.7 seconds and it’ll top out at 213km/h. 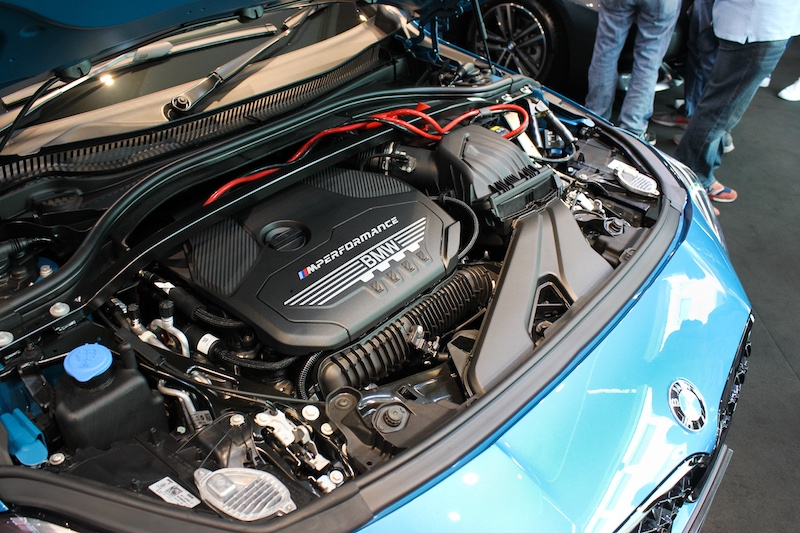 The one you’re probably more interested in though, is the M235i Gran Coupe, which costs S$249,888 with COE. This channels the 306hp and 450Nm from its 2.0-litre four-pot engine through an all-wheel drive system, to give performance figures of a 4.9 second century sprint, as well as a 250km/h V-max. This will be the flagship 2 GC; no full-on M model is planned. 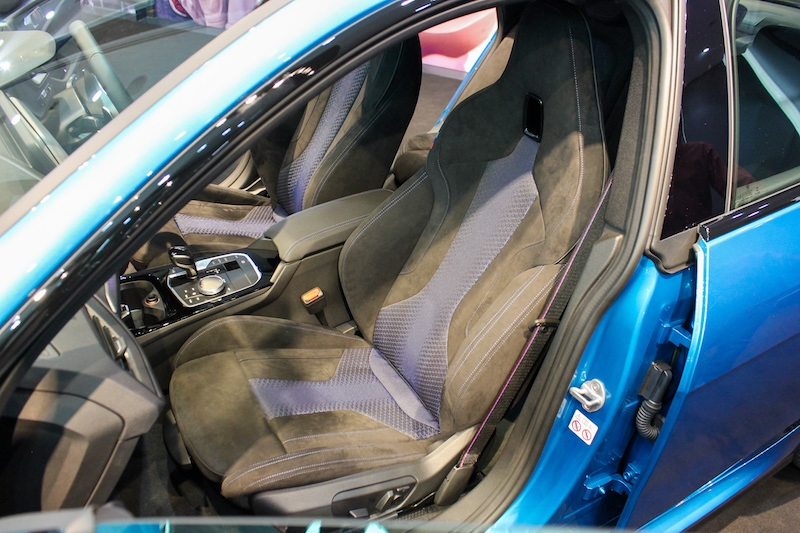 Innovations that attempt to help make the 2 GC handle like a BMW should include ARB, a form of traction control that reacts significantly faster than traditional systems to quell power understeer. Working in conjunction with that BMW Performance Control, a yaw sensing system that can brake the car’s inside wheels during a turn before they lose grip, and is claimed to further suppress understeer and ensure neutral cornering behaviour. 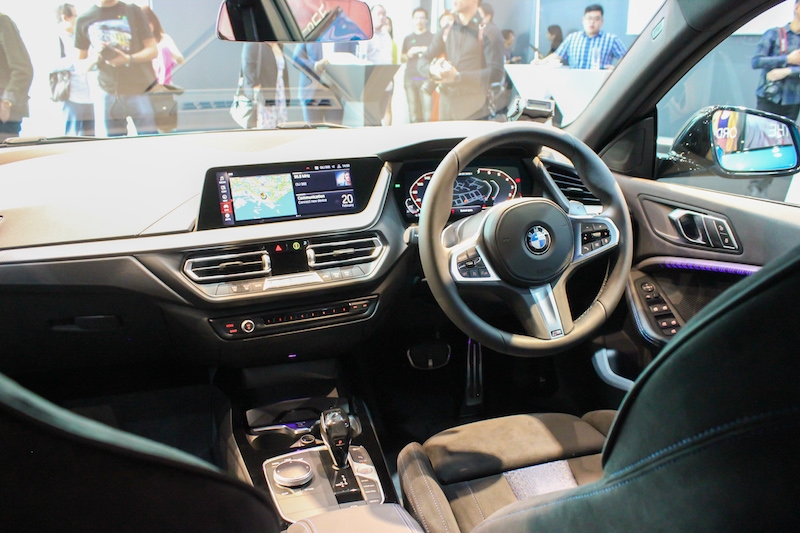 In addition to those, the M235i also carries a torque-sensing mechanical limited-slip differential on its front axle, which should give it the sort of front-end bite to match the corner-exit traction that the xDrive system (variable up to 50:50) can provide. 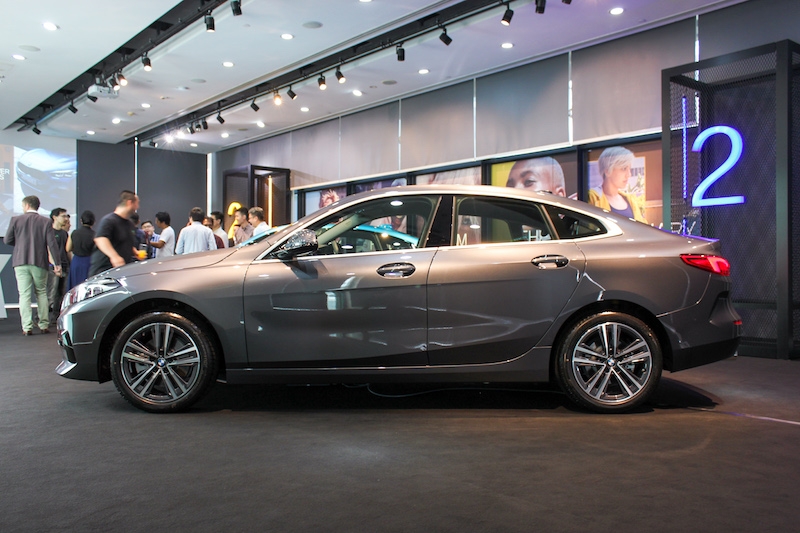 Of course, none of these are new developments, as the 2 GC is mechanically identical to the 1 Series. All the differences are in the rear half of the car: the frameless windows, swoopy roof, and elongated tail. 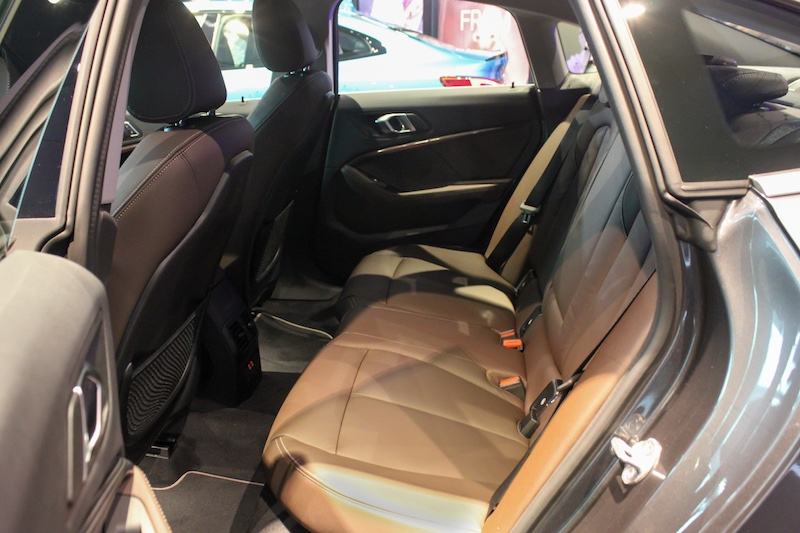 But while the oily bits should give plenty to please the driver (after all, the 1 Series is a fine steer), passengers will have less to cheer about. We had a sit in the back and unfortunately, the Gran Coupe is certainly no saloon. Legroom is fine... 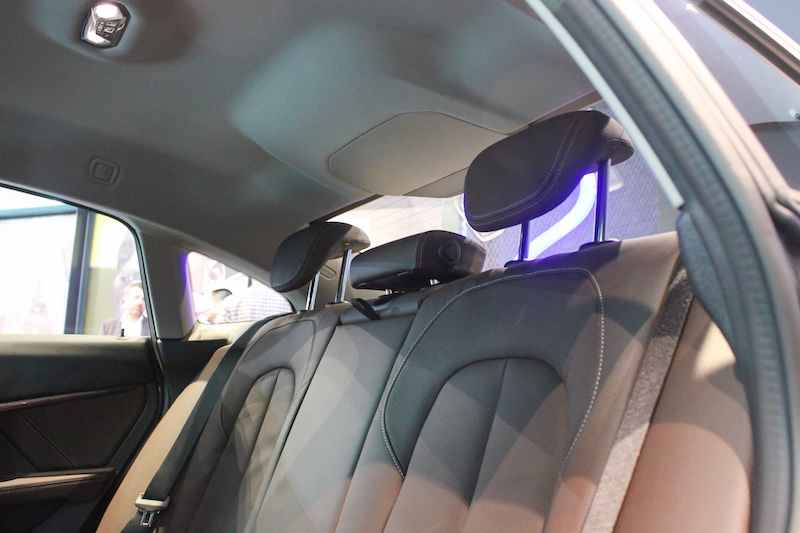 ... but the sloping roofline impinges on headroom quite a bit, and anyone over 180cm in height will find their noggins butting up against the ceiling. 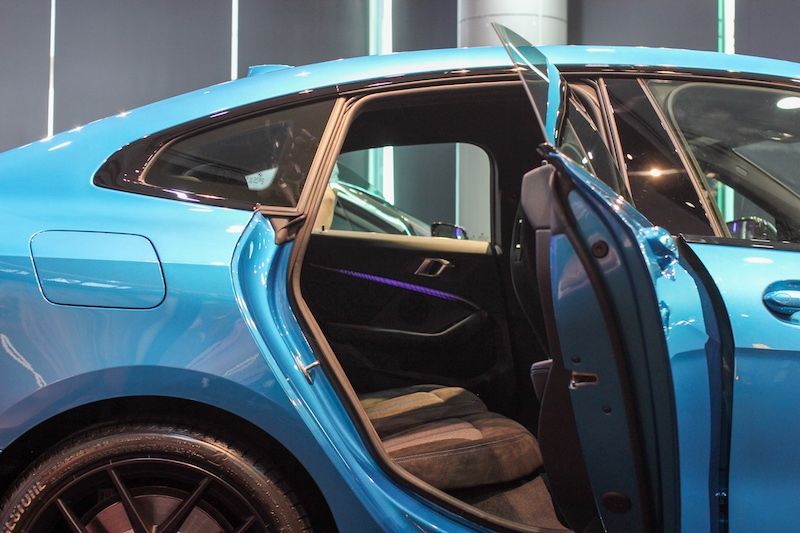 Still, that probably won’t be a deal breaker for those with their hearts set on - let’s remind ourselves here - the cheapest four-door BMW available. For comparison, it’s a significant S$20,000 less than the Mercedes CLA, and astonishingly even undercuts the four-door Mercedes A-Class Saloon as well. 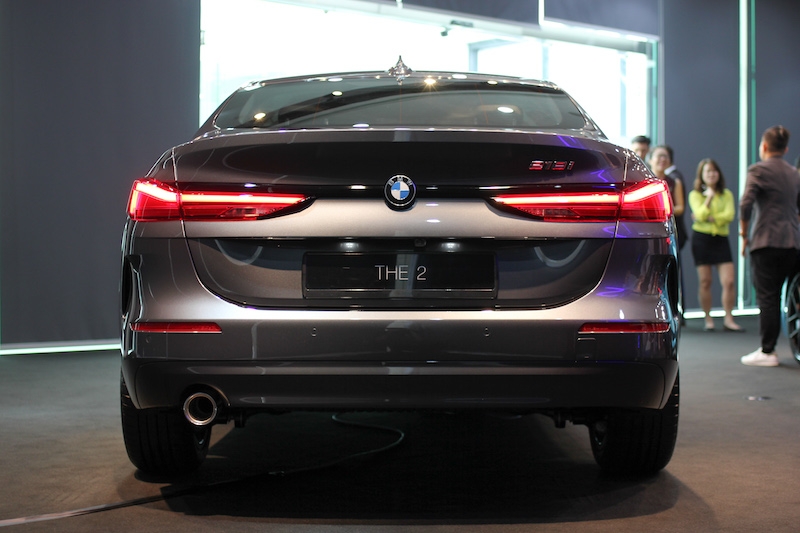 And what of the two-door 2 Series? Well, hardcore petrolheads might want to wait a while before they pull their chequebooks out, as an Autocar interview revealed that the next generation 2er Coupe and Convertible will continue to be rear-wheel drive, and will also spawn a proper M2. Now that is something worth waiting for. 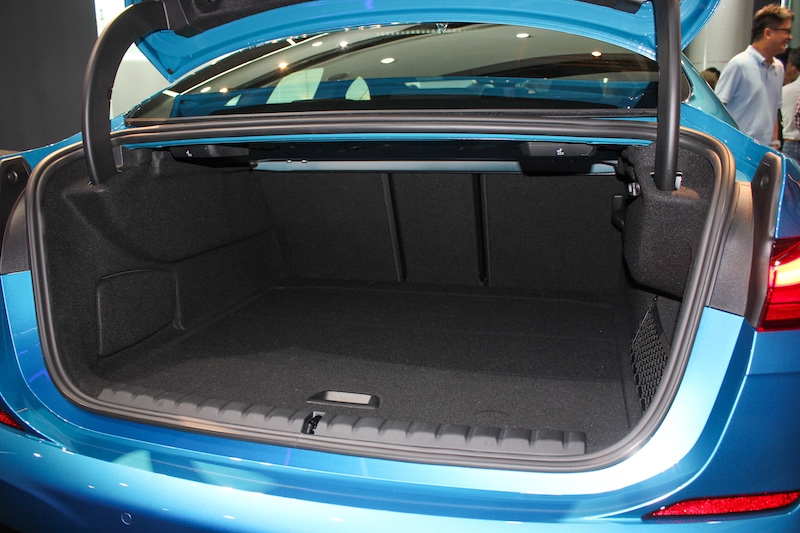 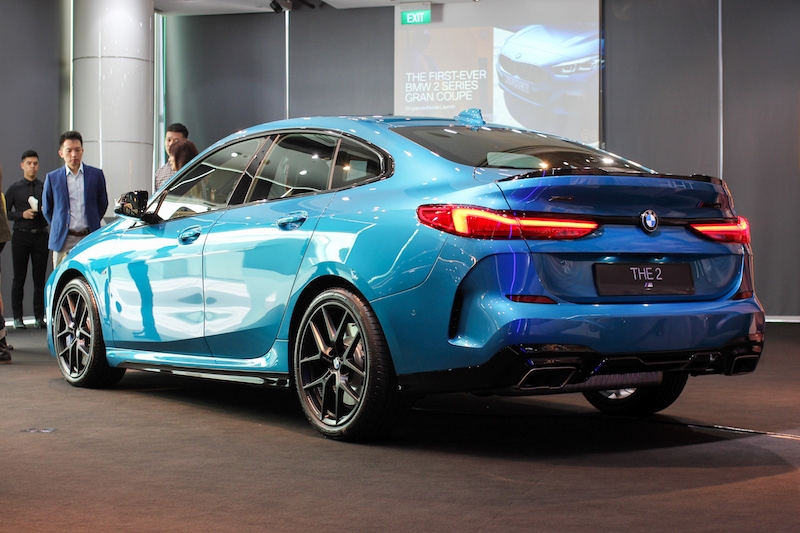