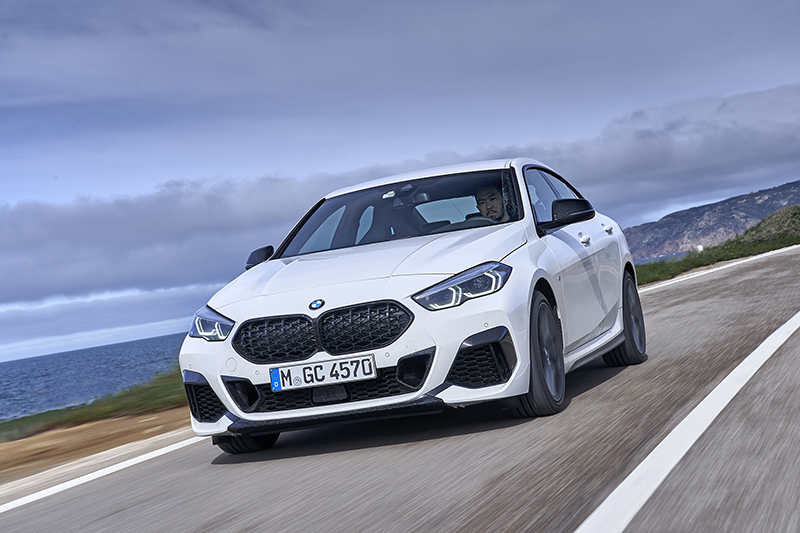 The piano is a beautiful musical instrument. It requires you to play both chords and melody at the same time, master that, and you'll able to create music in many various genres.

If the piano was a car, we'd like to think it'd be a BMW Gran Coupe - classy and versatile. Like the piano, the Gran Coupe has a two-in-one personality as well, being both a sporty yet practical car all in one harmonious package.

Sticking to their even model numbers for this series, they've just launched the 2 Series Gran Coupe, or what I’d like to call the Baby Grand. This latest model is the first of its kind and is effectively the entry-level four-door coupe (and sedan) for the brand. 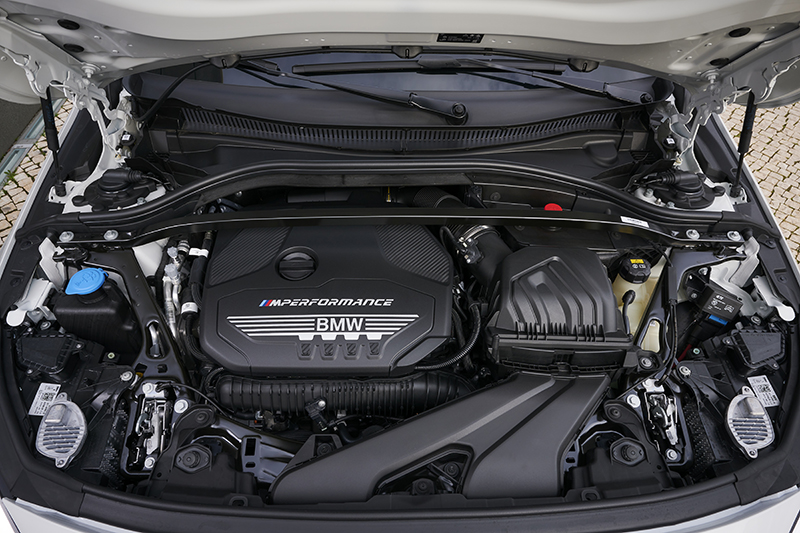 Singapore will get two engine variants. The top-of-the-line M235i with BMW’s most powerful 4-cylinder engine, pushing a whopping 306 bhp and 450 Nm of torque will take the top spot. While the 218i with 140 bhp coming from a 3-cylinder 1.5 turbocharged unit will be the volume seller. 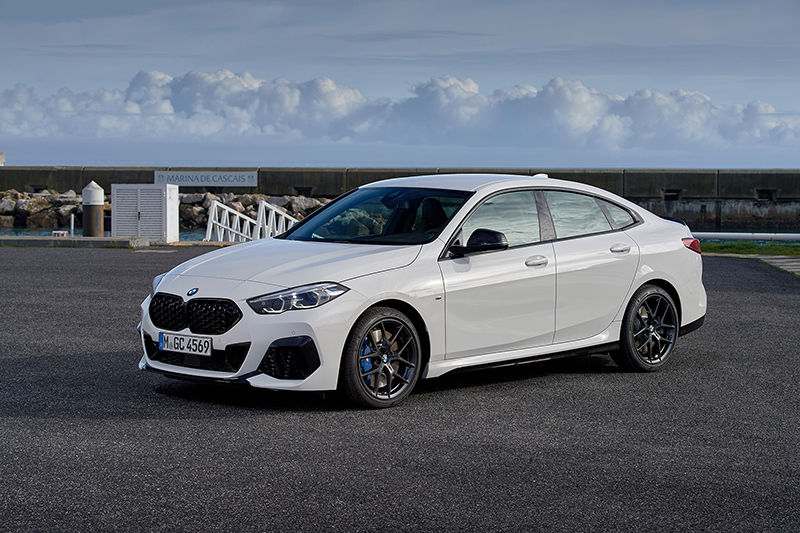 As I approach the M235i for my first drive, I was pleasantly surprised that the car looks so much better in the metal than in pictures. While I did catch a glimpse of it at the recent Singapore Motor Show, having it in front of me ‘in the wild’ was different. Partly due to the fact that the M235i was finished in Alpine White and sporting a blacked-out kidney grille with a three-dimensional mesh design in place of the typical bars. The doors even have frameless side windows (it’s been some time since we’ve seen that in a sedan)! 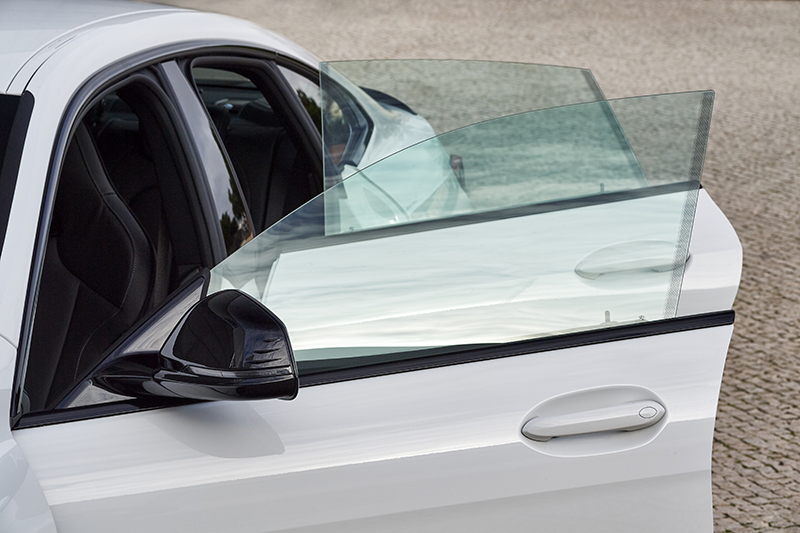 The M235i also has a more aggressive rear lower bumper with angular exhaust tips, and slim rear lights that connect with a black bar across the middle to make the car look wider than it is. As I walk to view it from the side, the dynamically stretched silhouette makes the car look sleek and coupe-like. It looks good. It really does. 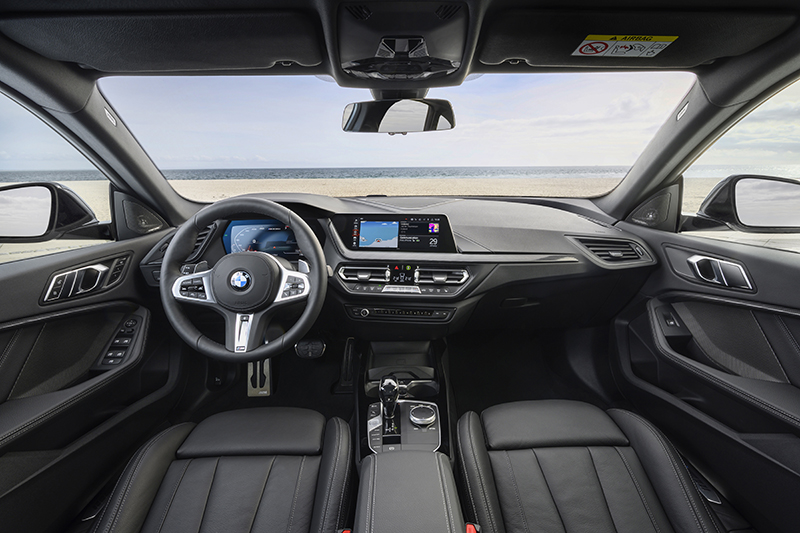 Even on the inside, the sportiness continues. The sports seats are wrapped in Alcantara and have tri-coloured M Performance touches. Like the 1 Series I drove last year, the cockpit is also trimmed with backlit strips. Unlike some other brands which can’t seem to execute ambient lighting tastefully, BMW has managed to keep it subtle with cross-stitched design elements. 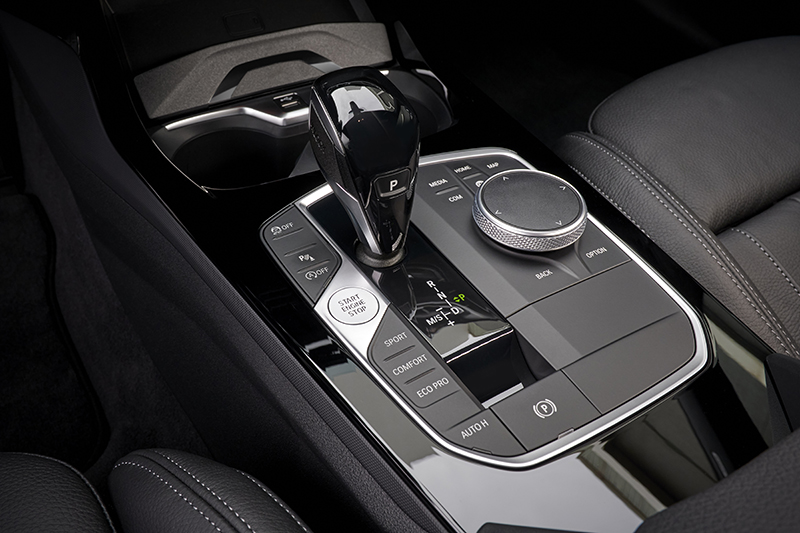 The controls too are somewhat similar to the 1 Series, which has elevated the BMW cockpit design by a huge margin from previous models, which suffered what many deemed to be rather spartan. The instrumentation has modern, clean angular lines and satin silver highlights set against an otherwise matte black base. The BMW Live Cockpit with a full digital display is angled towards the driver and is both simple and a joy to use with its crisp resolution. 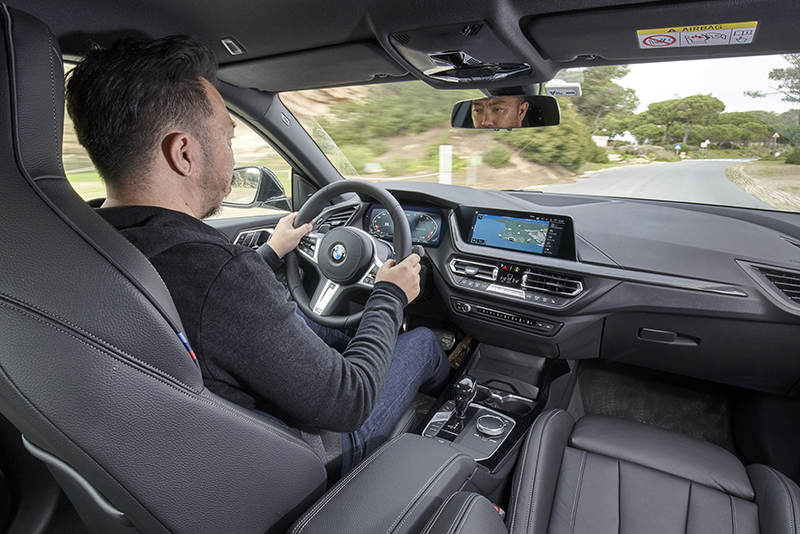 So it sure looks the part. But more so, I’m glad BMW has finally made something to rival the Audi S3 Sedan and Mercedes AMG CLA 35. Because when it comes to driving dynamics, these guys at Munich have always known their stuff - so a car like the 2 GC is long overdue. 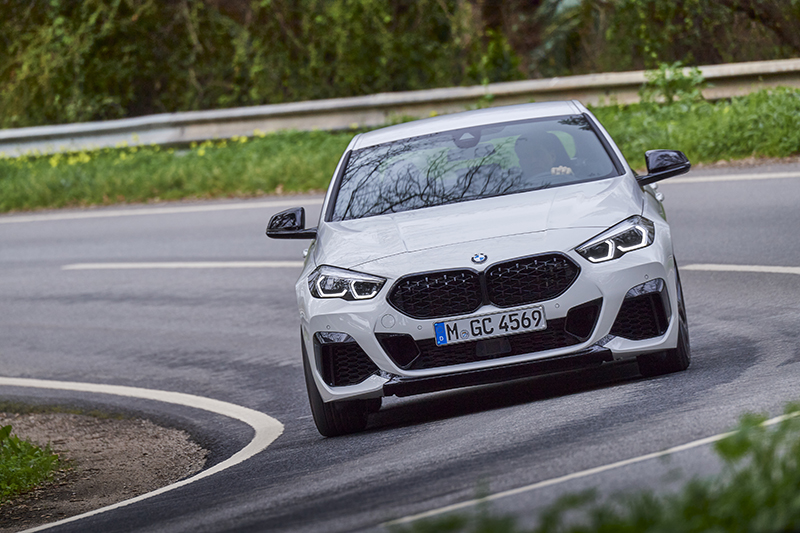 Burnpavement.com readers will want to know if this car “got power or not?” and “go track can lap other cars or not?”. The short answer is “Can!”. To get 306 bhp, BMW engineers put in new pistons, a larger turbo and made improvements to the cooling system. So much so, the car feels like it is capable of more. The car is undoubtedly really powerful and really fast - but that’s expected. 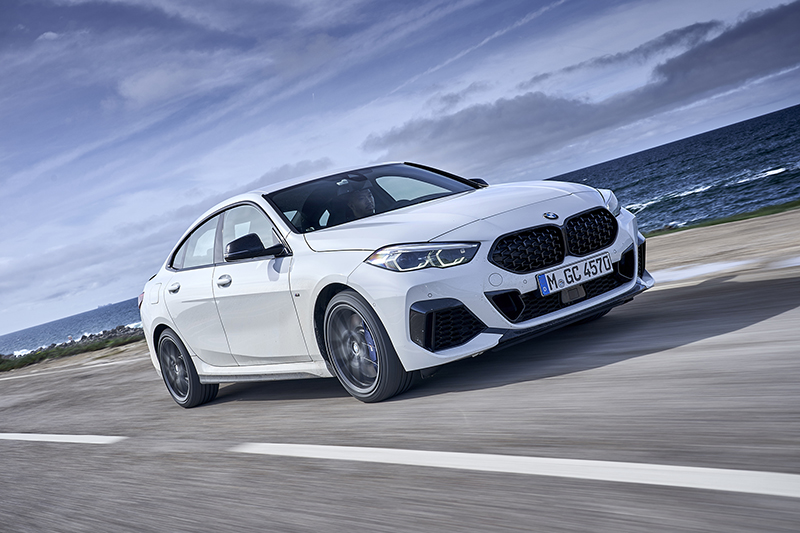 What is special is how well it grips and feels as you pilot it through twisty Portuguese back roads. There is a hint of understeer if you push it too hard into a tight radius, but the front-biased all-wheel drive (BMW xDrive) and mechanical Torsen limited-slip differential helps the M235i hold its line.

The 8-speed Steptronic Sport transmission is lightning quick too, although the M Sport brakes could do with more bite earlier on from the time you hit the brake pedal, which will inspire more confidence during spirited driving. 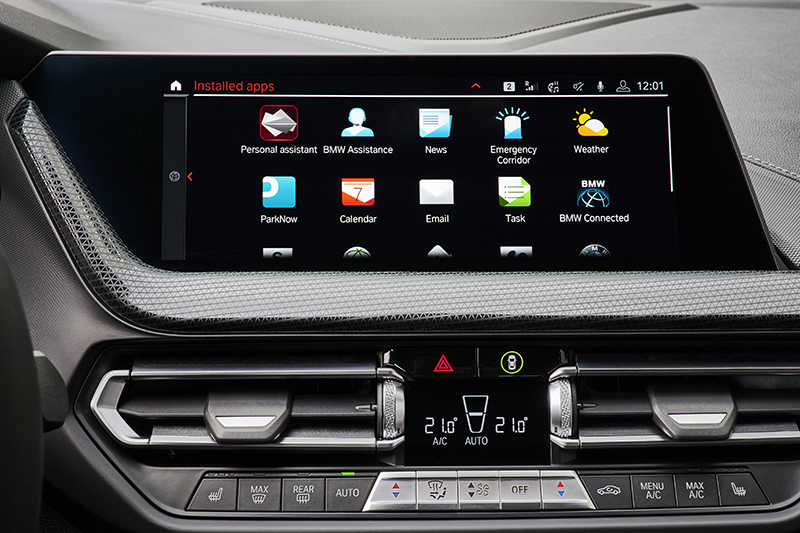 Coming late into the game might prove to be good thing, as the BMW 2 Series Gran Coupe benefits from innovative driver assistance systems from the company’s higher models. Features like Lane Departure Warning (which I personally rather not use) with active lane return, collision warning, and a suite of BMW Connected services are specced and ready to be enjoyed. 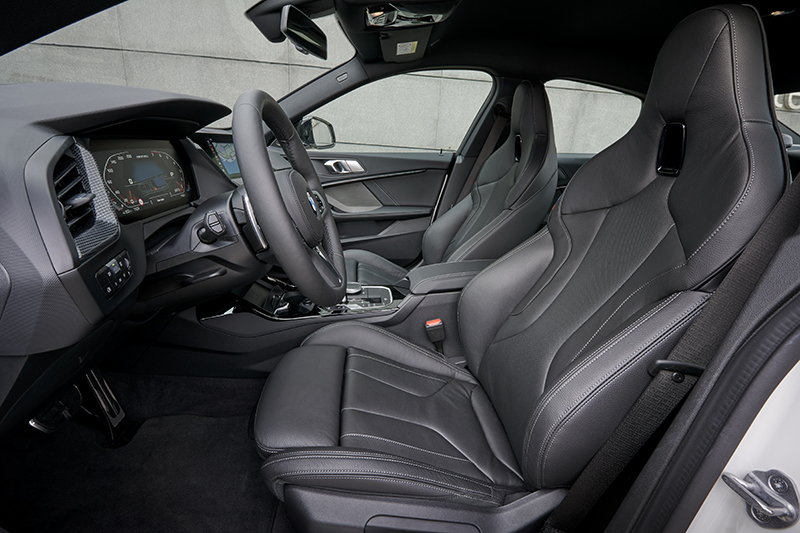 So maybe you’re a practical sedan guy and never really liked the idea of a hatchback. Well, this stylish, well-specced, performance machine is your for the price of $249,888 at the time of publishing. 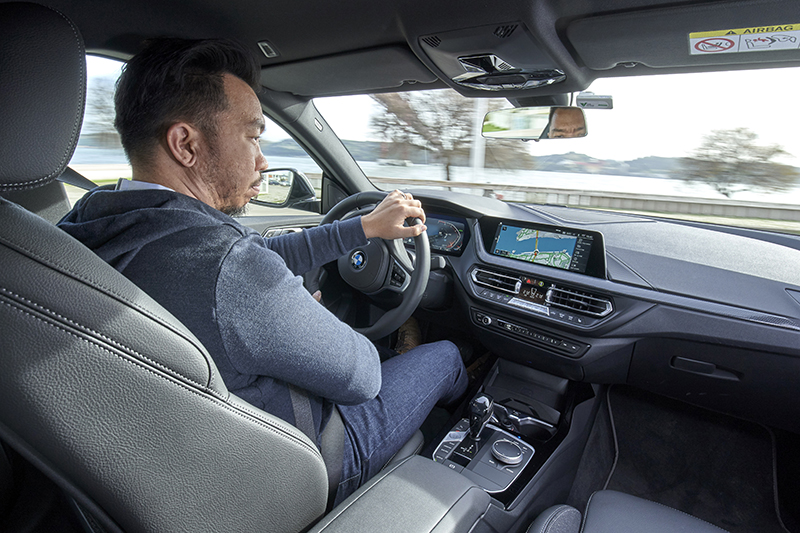 I actually like the 2 GC M235i a lot. While Japanese carmakers have stopped producing fast compact sedans, with cars like the 2 CG M235i, CLA35, and S3 Sedan, it looks like the Germans are just getting started, and that’s simply music to my ears. 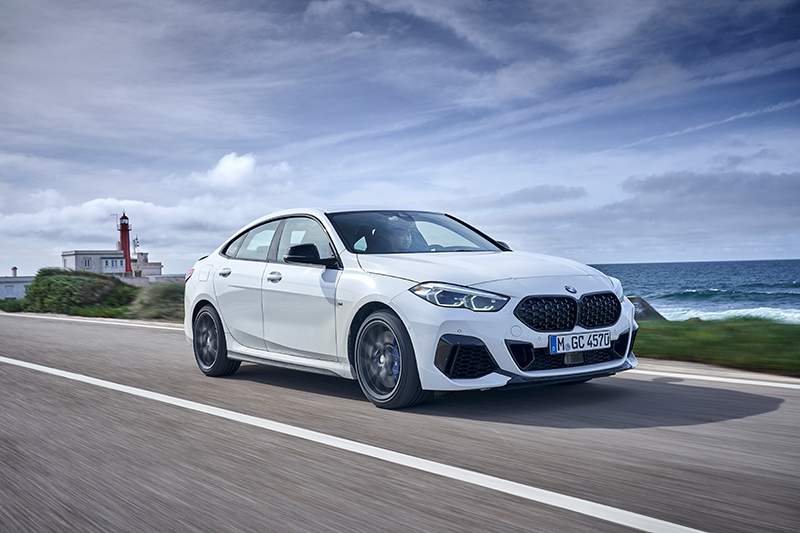