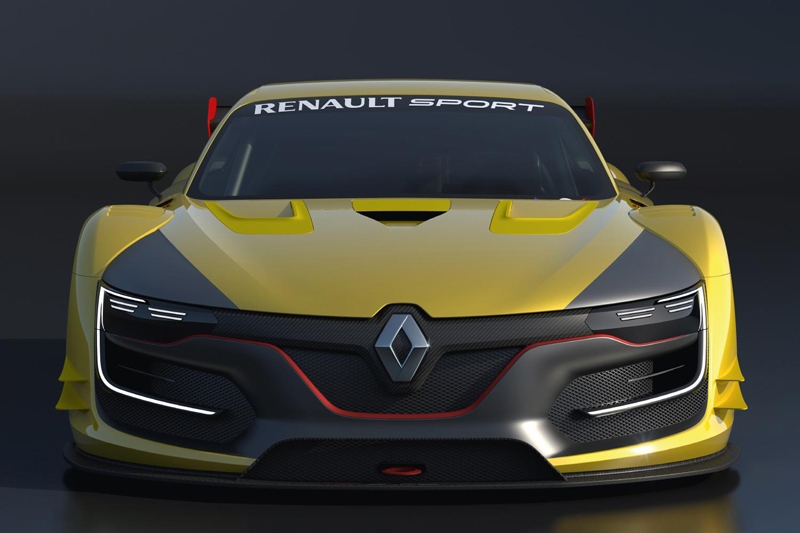 Built in accordance to LMP1 2014 standards, it will compete in a new one-make RenaultSport trophy championship in the World Series from next year

Renault is restating its passion for motor sports with the Renaultsport R.S. 01, a racing car of spectacular styling and exceptional performance. With a design inspired by the world of concept cars, Renaultsport R.S. 01 is an expression of the brand’s sporting DNA.

With a carbon monocoque for a weight of less than 1,100 kg and an engine developing over 500 hp, it is able to reach a top speed of over 300 kph. From 2015, Renaultsport R.S. 01 will be one of the stars of World Series by Renault in a new championship, the Renaultsport Trophy, a springboard for the professional GT and Endurance championships. 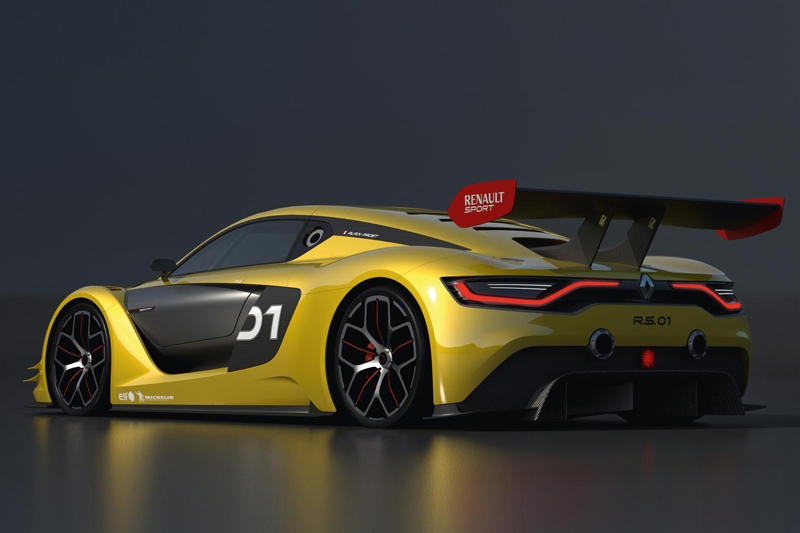 A car to thrill at first glance, Renaultsport R.S. 01 sets out to be one of the world’s most efficient GT racers. With every stroke of the design pen, in the body lines and in the detail, the aim was twofold: to make Renaultsport R.S. 01 an iconic Renault vehicle, and to contribute to track performance through a constant quest for aerodynamic efficiency. 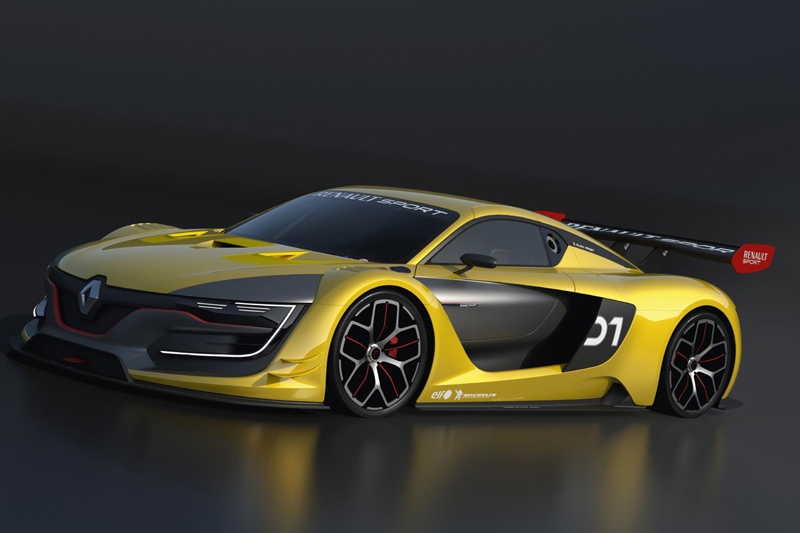 Like all the Renault vehicles designed under the management of Laurens van den Acker, Renaultsport R.S. 01 displays a prominent logo, the key feature on the front end. The vehicle’s impressive width of 2,000 mm — for a height of 1,116 mm — is reinforced by the signature of the LED daytime-running lights positioned along the brake cooling scoops. At the centre of the grille, the air is “sucked in” and channelled by the stem of the chassis towards the two water coolers. It is then expelled through the extractors positioned on the hood. The negative pressure thereby created increases downforce at the front of the car. The large blade of the lower splitter and the stepped flat bottom also contribute to aerodynamics at the front. The two fins on the side of the bumper generate vortices that limit the turbulence of the rotating wheels.Â 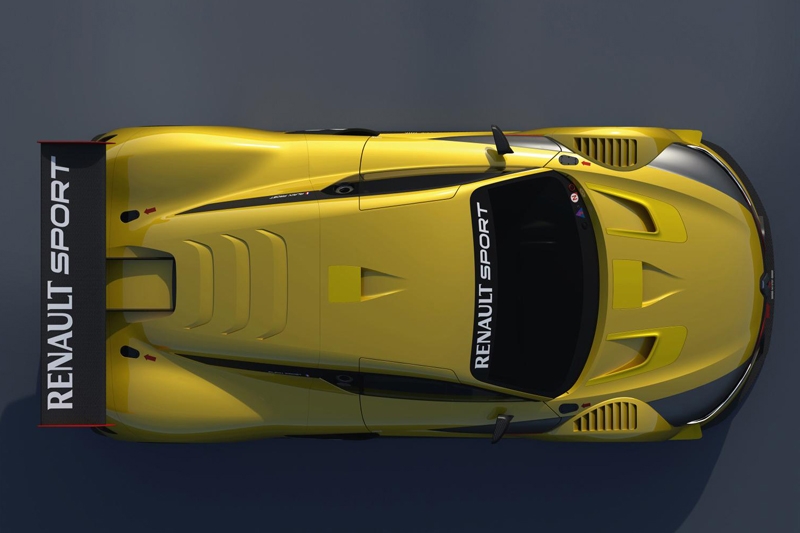 The semi-stressed engine is bolted to the carbon monocoque on the distribution side, and to the roll cage at the top. Prepared by Nismo, the 3.8 litre V6 twin-turbo engine is derived from the Nissan GT-R. The main change in relation to the production model is the dry sump system intended to prevent oil surges during long corners. The Pectel electronic unit features a traction control function. Turbo pressure is set to deliver over 500 hp with maximum torque of more than 600 Nm; this positions Renaultsport R.S. 01 between a GT3 and a DTM in terms of performance. 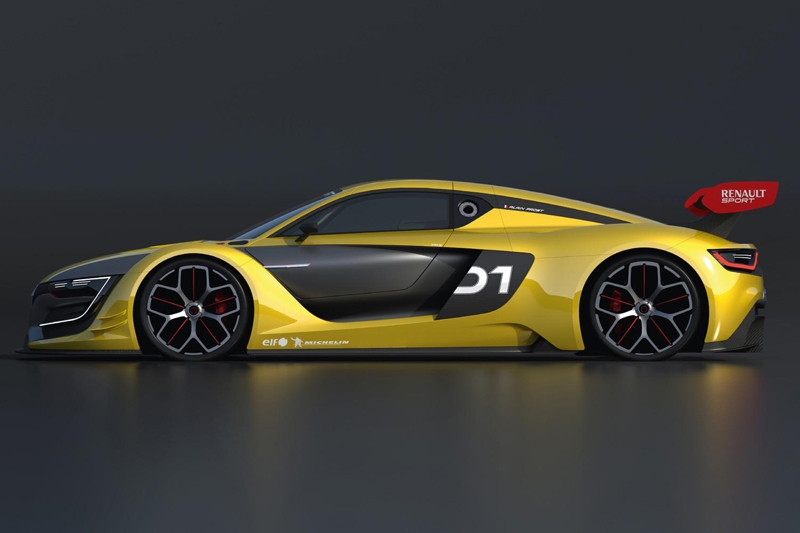 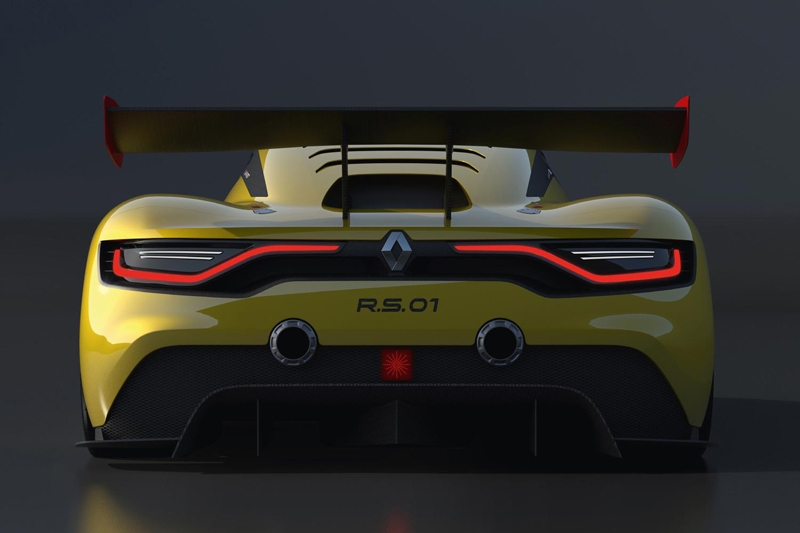