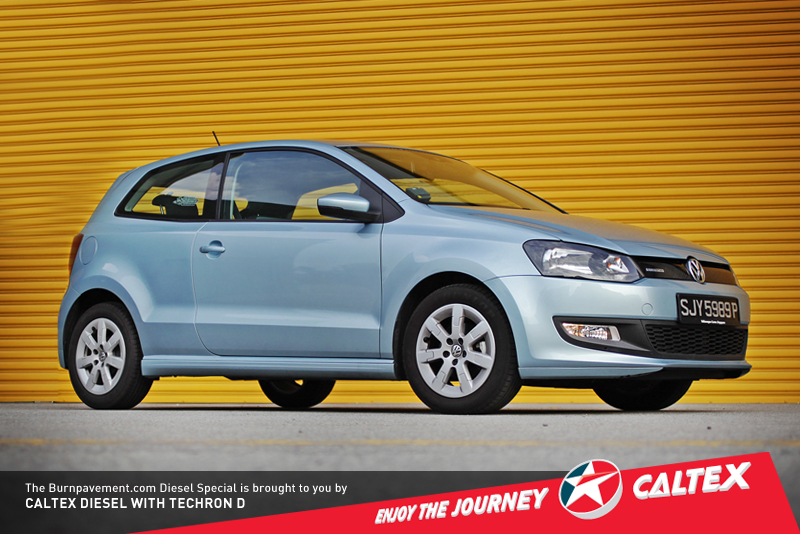 Keep the revs high on this diesel supermini and you'll find that fun doesn't always have to a come at a price.

You have to approach the Volkswagen Polo BlueMotion with a vengeance. Like it had murdered your cat. Or maybe it ate up the whole tub of Haagen Dazs that you've been saving for the weekend.

Because I discovered that this car likes it rough. With its 3-cylinder diesel engine clattering away, the Polo BlueMotion isn't the most refined car anyway, so take it for what it is, and give it a good spanking. You'll have a whole lot of fun, and she ... I mean, it would too.

With only 74 bhp on tap, this car is no GTi. But the 180 Nm of torque it musters is not bad. You do have to spin the engine with a foot-full of revs though, but at least you know it WILL go if you really need it to. 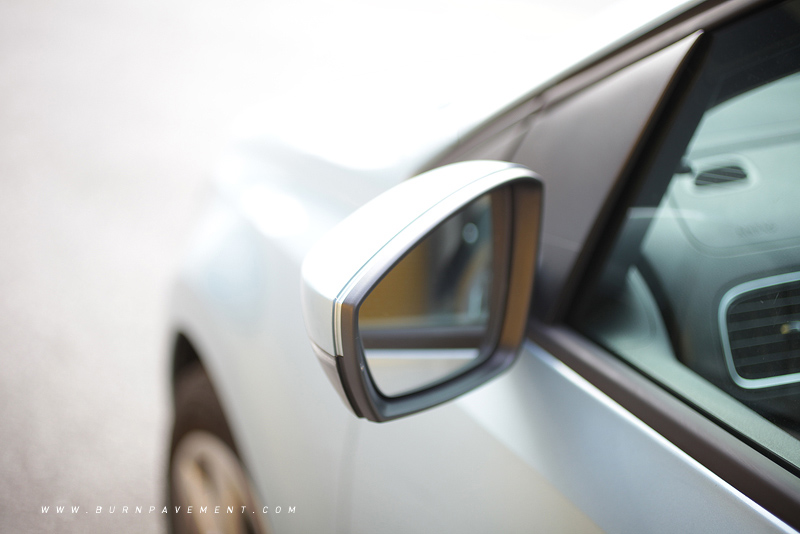 The best part is, after all that heavy-footed hard driving, the fuel gauge would hardly have moved. Volkswagen's BlueMotion technology is no profound science, yet it works. The way it maximises the engine efficiency has resulted in a maxmised fuel range - try 1,300 km per tank! You'd think it was running on air! 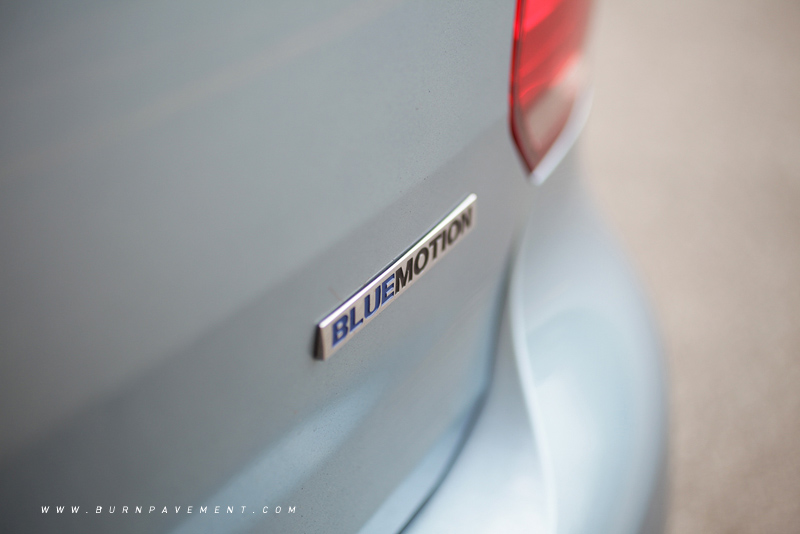 The Polo BlueMotion is not going to worry its hybrid competitors though. It is nowhere near as quiet or smooth. Yet in terms of CO2 emissions and fuel consumption, it's right up there with the big boys. Very soon, you might even forget what a petrol station looks like. 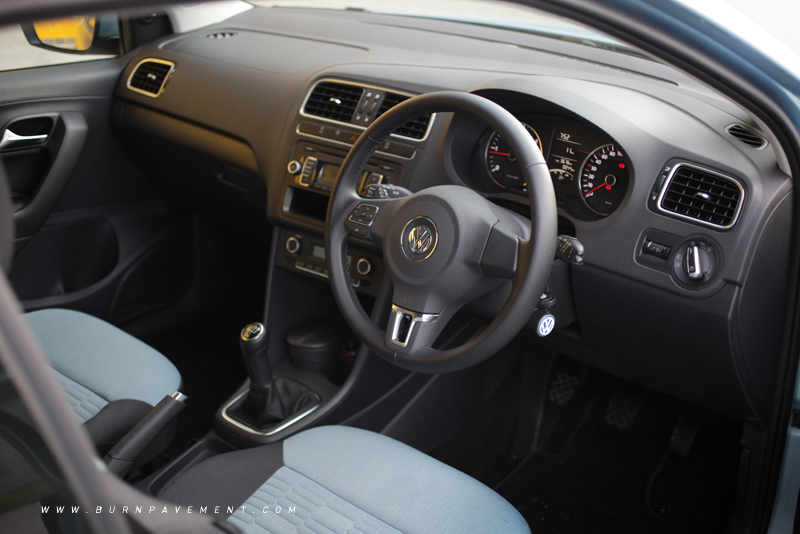 Interior fit and finish is typical Volkswagen fare. You won't be left wanting more after you see what this little entry-level model has to offer. Fabric seats in the cool blue hue you see here is standard. 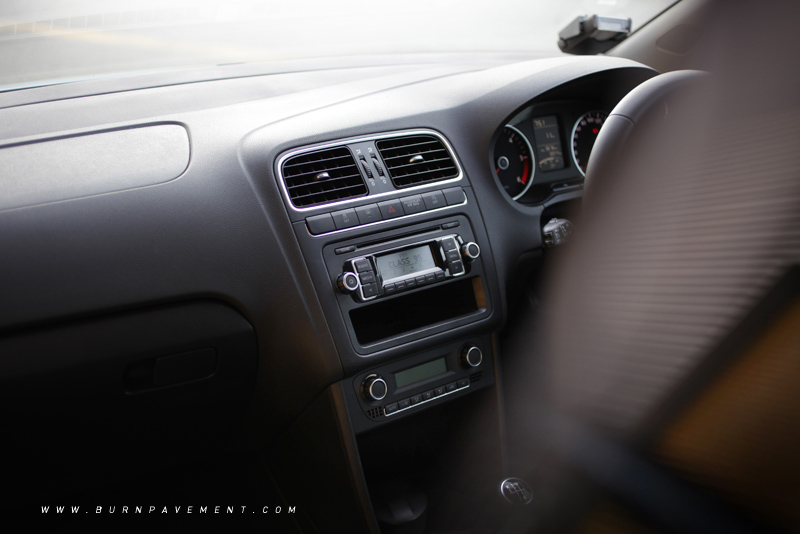 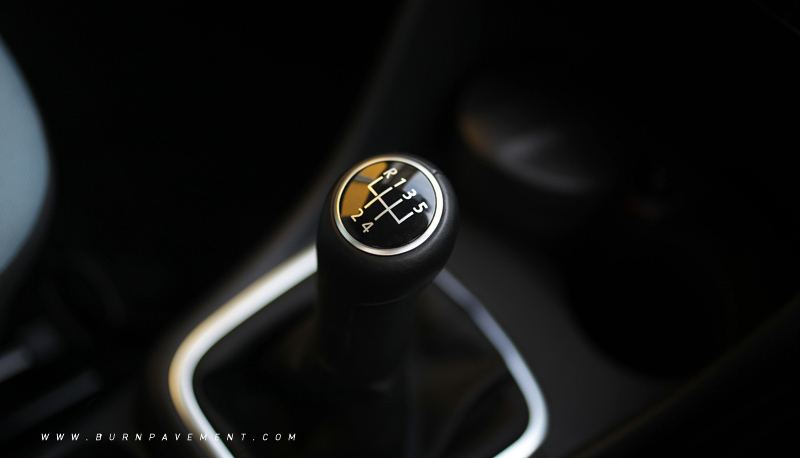 You have to work hard to bring out the power - 5-Speed manual gearbox makes sure you can pull the gears long and hard between shifts. 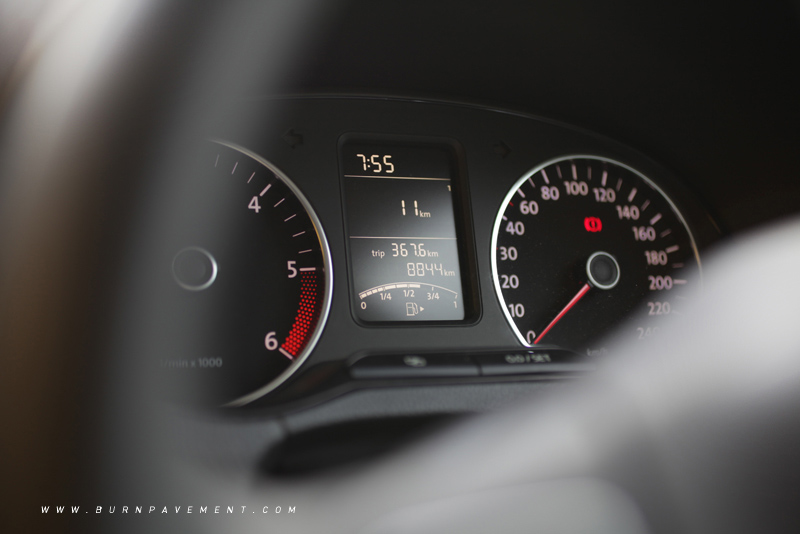 Drive it here, drive it there, drive it EVERYWHERE! The fuel gauge refuses to budge. At 367.6 km, it only utilised a tad more than a quarter of the tank! 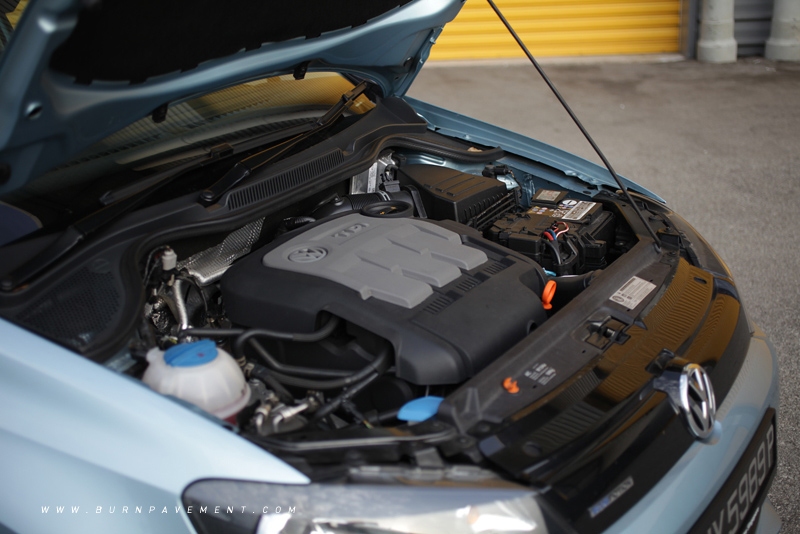 180 Nm from this turbocharged diesel can be quite a bit of fun if you know how to harness it. That's more than what the EK9 Civic Type R could ever push out! The thrill in the end, is finding out that after all that balls-out driving you've done, the fuel gauge hardly moved at all. This won't only put a smile on your face, but on mother nature's too. 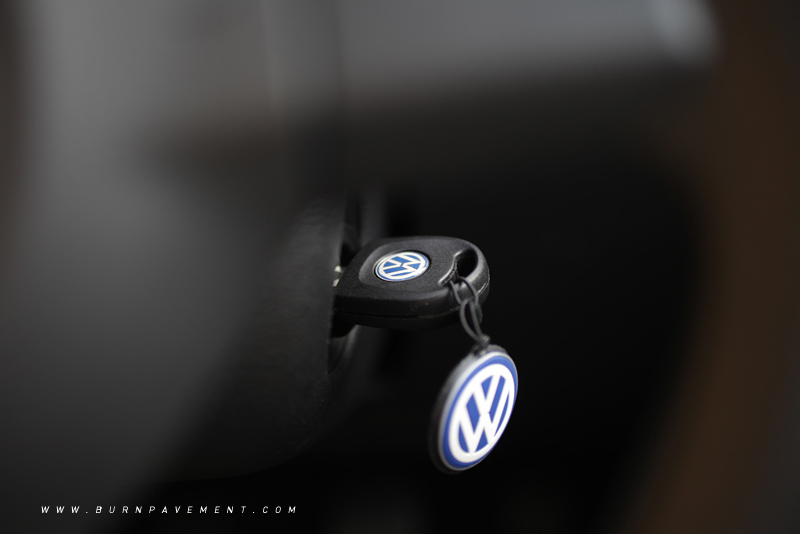 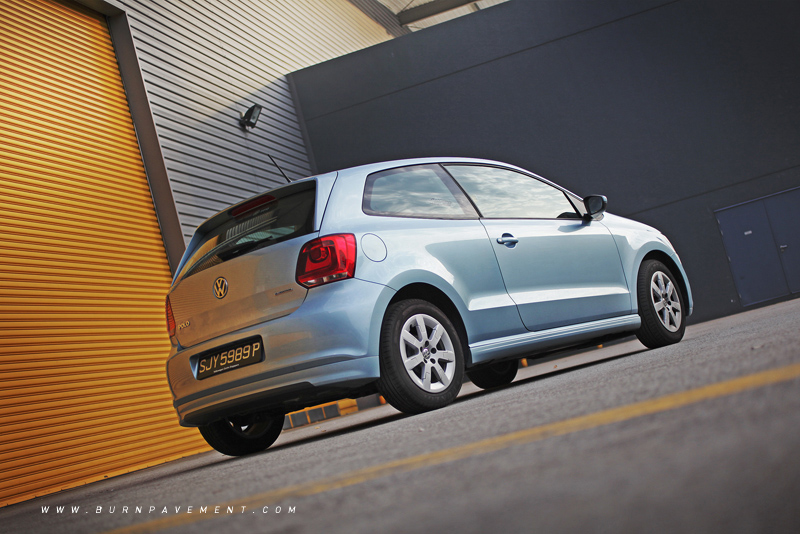