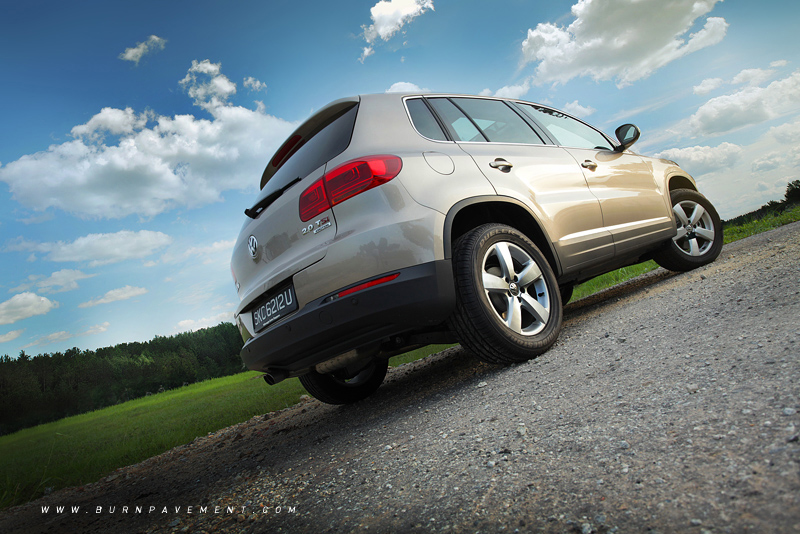 Back in the 90's, the Subaru Forester was an SUV that stood out from the rest. Grippy, fast and sweet to drive, it was the best sporty SUV out there. Now though, there's a new king of the hill...

It's about time. Buyers looking for a mid-range sports SUV for past few years had very few convincing options. The latest Subaru Forester is nowhere near as sublime as the model it replaced, and a 4-speed automatic gearbox isn't exactly cutting-edge technology. The Mazda CX-7 is a great all-rounder, but is showing its age. And you either love or hate the Nissan Juke. This leaves buyers with Volkswagen's Tiguan.

Launched in 2008, this was a car built around the spirit of a "Sports" SUV. It handled like a sedan, performed like a hot-hatch and boasted practicalities and features of an SUV.

Personally though, it looked a bit too soft for my liking. The rounded tail-lamps and sharp-tailed head-lamps made it look like it had borrowed too much from the Passat CC.

The new car though, seems to have addressed those issues rather convincingly.

From the rear, the new Tiguan immediately looks more 'manly' with the new tail-lamps. The curvy ones have made way for a simpler, but better design that feature VW's signature L-shape LEDs. 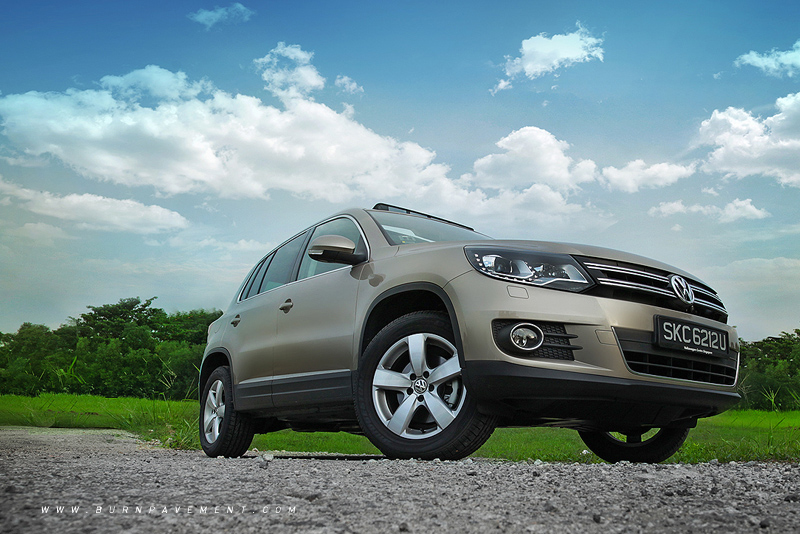 The front bears the most changes with a set of cool LED day-time running lights. The new face has Volkswagen's latest design DNA grafted to it. This works particularly well because the car already has strong horizontal lines, to me, this is what the Tiguan should have looked like in the first place. 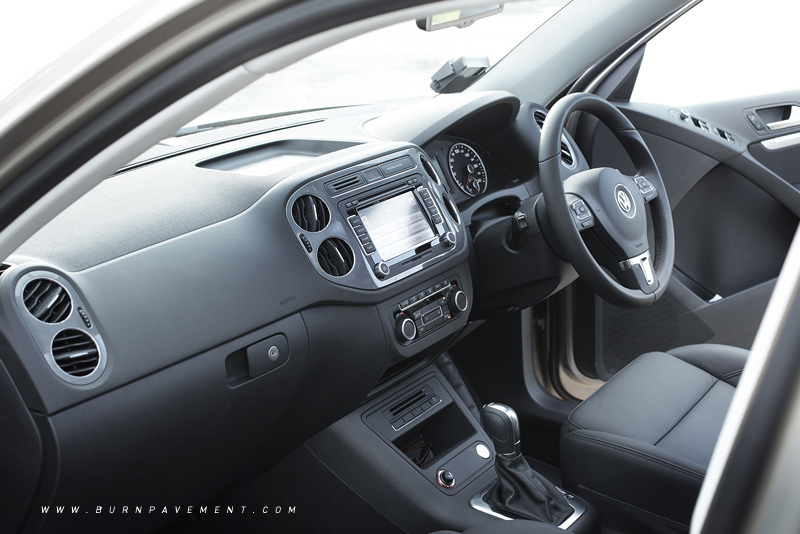 Those familiar with the previous model will feel right at home inside the new Tiguan. Aside from the shinier plastics, updated steering wheel and new DSG gear lever, the rest is pretty much the same. 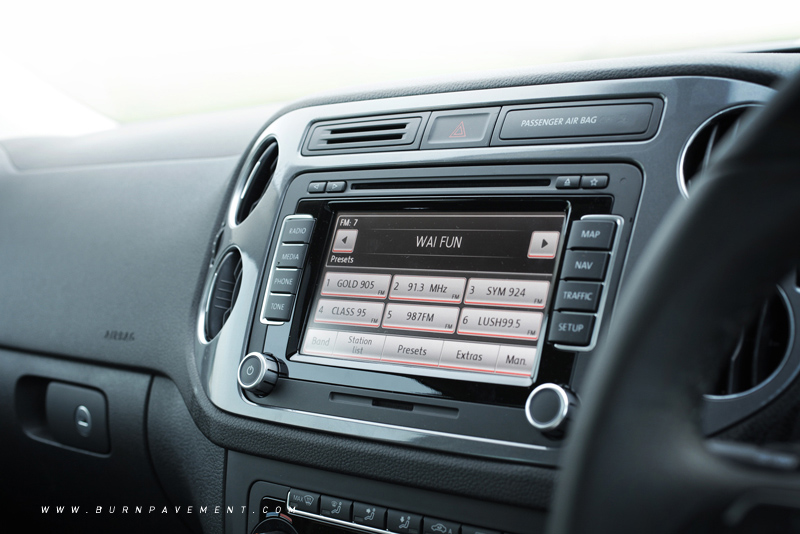 Which is no bad thing, considering the great interior quality Volkswagens are known for. Everything feels great with a positive tactile feel to all materials and switches. Full colour touch-screen RNS 510 navigation system with 6.5 inch high resolution display is standard issue on the Sport, it even has an integrated 30GB hard drive and is hooked up to 8 speakers. Sweet! 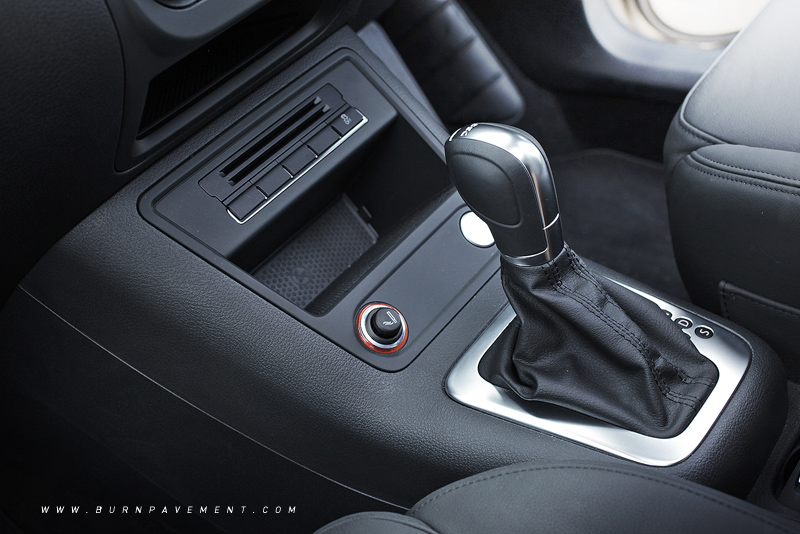 Another new feature is the wet-sump 7-speed gearbox that promises to be more durable than the dry-sump variants of old. Shifts were quick and steadfast as we toggled from gear to gear, with less hesitation than the older 'box. Like all sporting variants from the brand, these can be controlled via the steering mounted paddle shifters too. 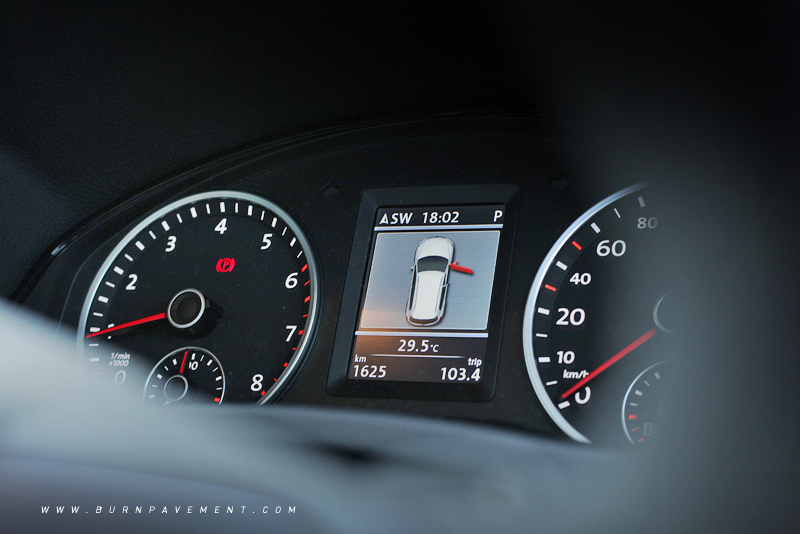 Instrument panel is refreshed with a cool full colour multi-display panel. The clarity and vibrancy of the panel is nothing short of superb. Adds to the overall cool factor too. 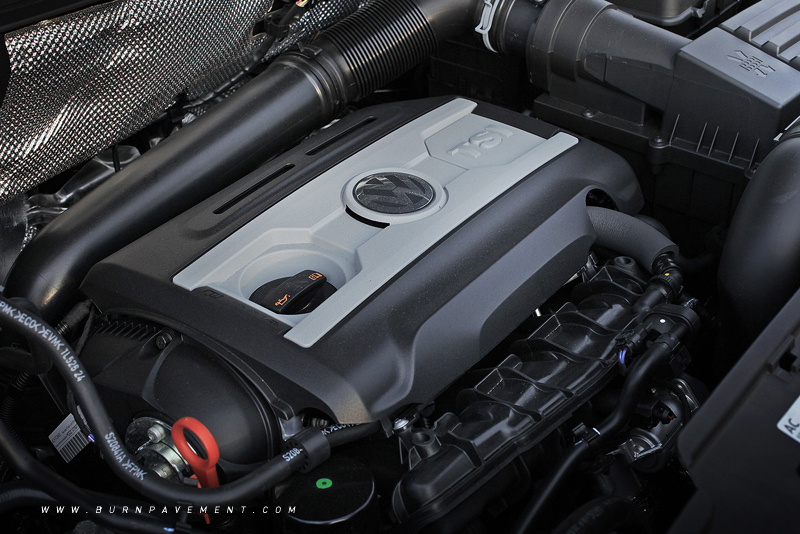 Pile on the revs and that's when the car starts to shine. The strong engine will pull the car far away from the 'lesser' crowd effortlessly. The new unit pushes out 210 bhp and 280 Nm of torque, and propels the car to 100 km/h in 7.3 seconds. Very quick for an SUV. 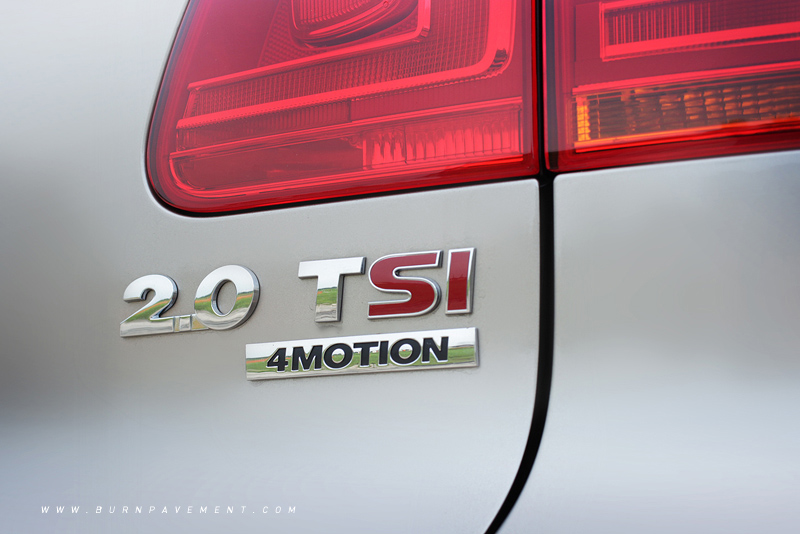 You've heard this numerous times, but power truly is nothing without control, and that's where Volkswagen's 4MOTION system kicks in to provide extra traction, especially in adverse weather conditions or on treacherous terrain. Coupled with the hard-riding sports suspension specced on the Tiguan Sport, the system also gives added assurance round fast sweeping corners. The only downside is that acceleration does suffer a tad, with power taking a split second to find all four wheels at times. 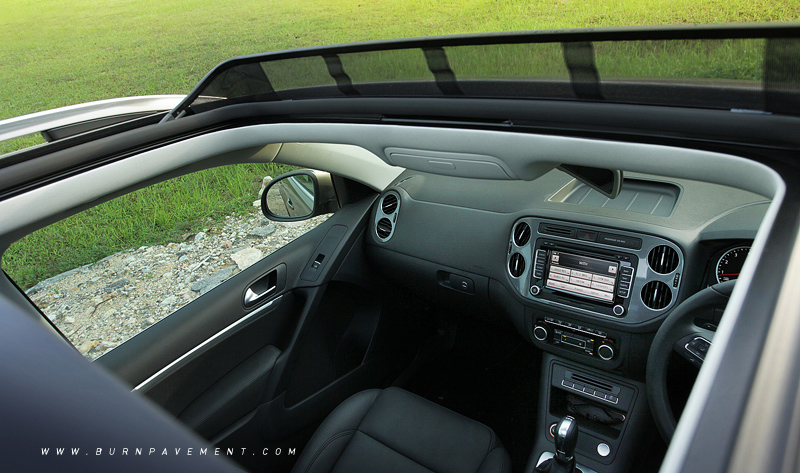 With a host of other safety features and creature comforts like fatigue detection, keyless entry (KESSY) and a panoramic sunroof, the new Tiguan Sport certainly makes for a compelling choice for those in the market for a Sports SUV. With current COE prices, it does get rather pricey, but you won't find a better compact off-roader with so many features and performance all rolled into one package. 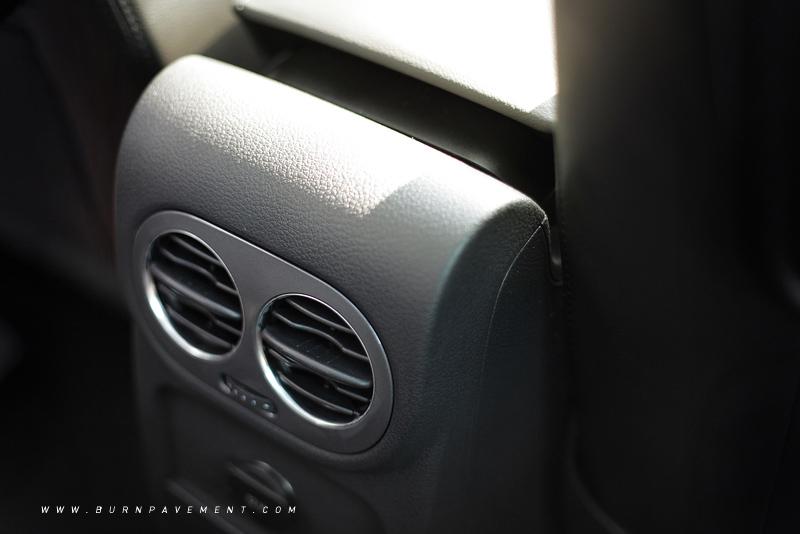 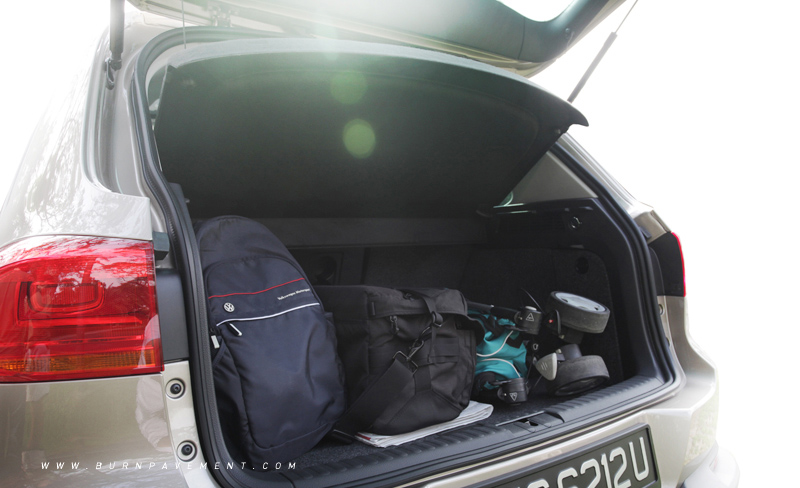 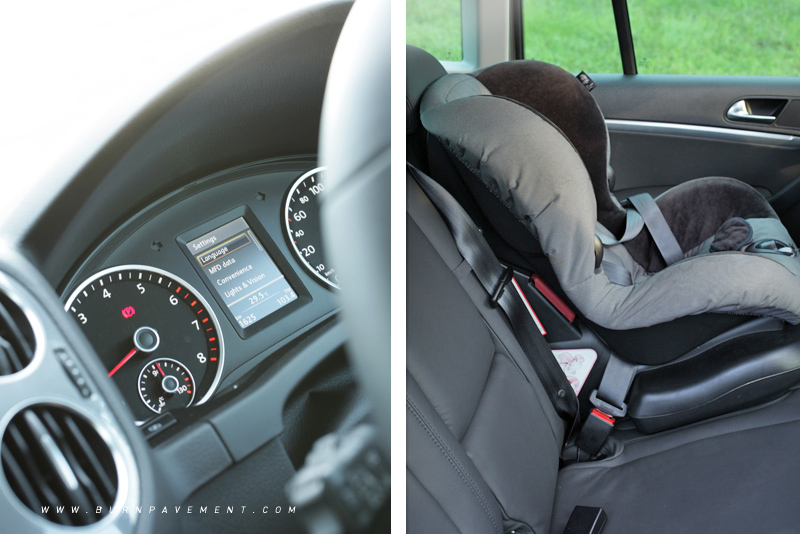 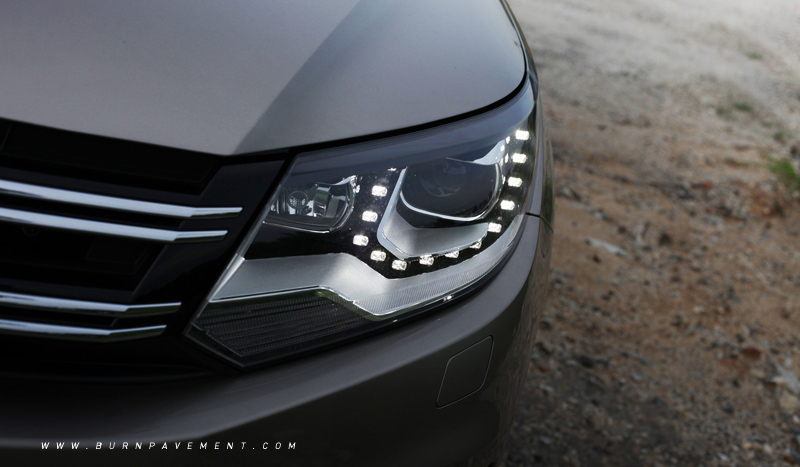 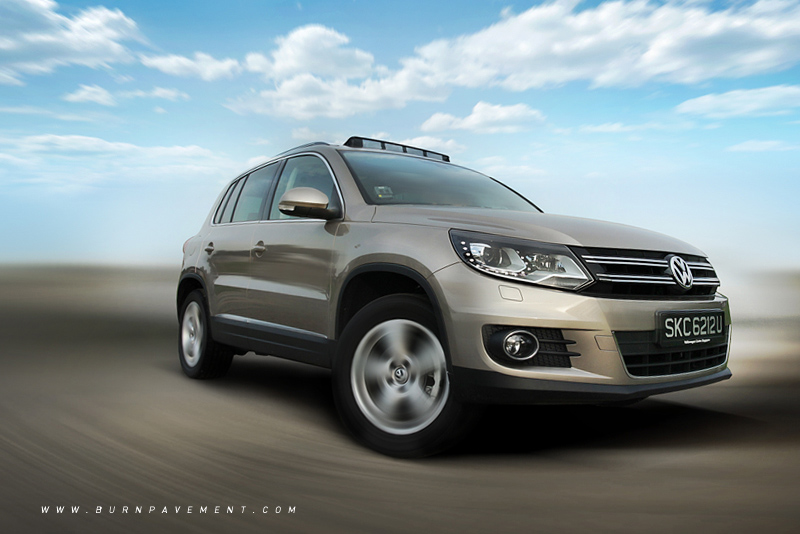