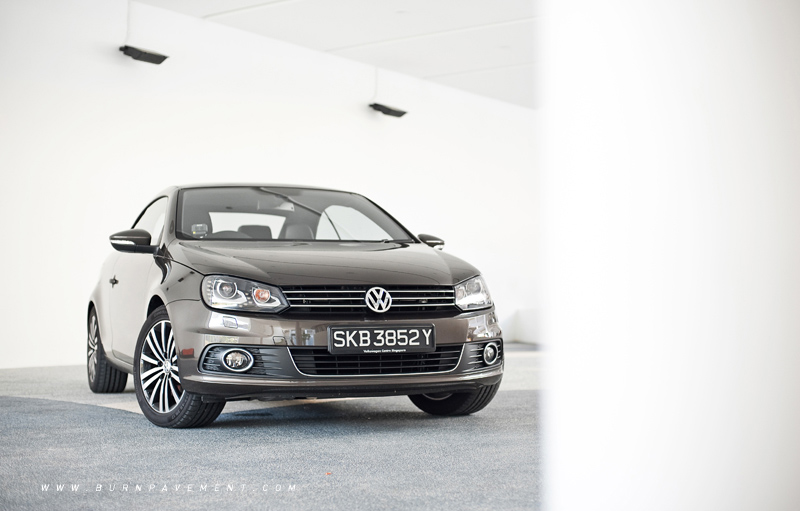 With a strong engine and space for four, Volkswagen's hard-top cabriolet will take you and three friends around quickly and in style.

Hard-top convertibles may offer better structural rigidity, but I was never really fond of them because of how (most of them) look. Ungainly and usually with imbalanced proportions, these tin-tops also tend to take longer to fold away. For example, a BMW Z4's 2-piece hard-top folds away in 20 seconds, versus the 10 seconds needed for a Porsche Boxster's soft-top. The Porsche's roof can even be operated while the car is moving at speeds of up to 50 km/h!

Thankfully, the profile of the new Eos has improved. The car now has a sleeker roof line and is approximately 50mm lower than the car it replaces. I would still think twice before calling it beautiful though.

It's not all bad. After receiving a handsome new front design that is in line with Volkswagen's new design language, the new Eos manages to look more 'handsome' than 'pretty', which is important in winning over more male drivers. 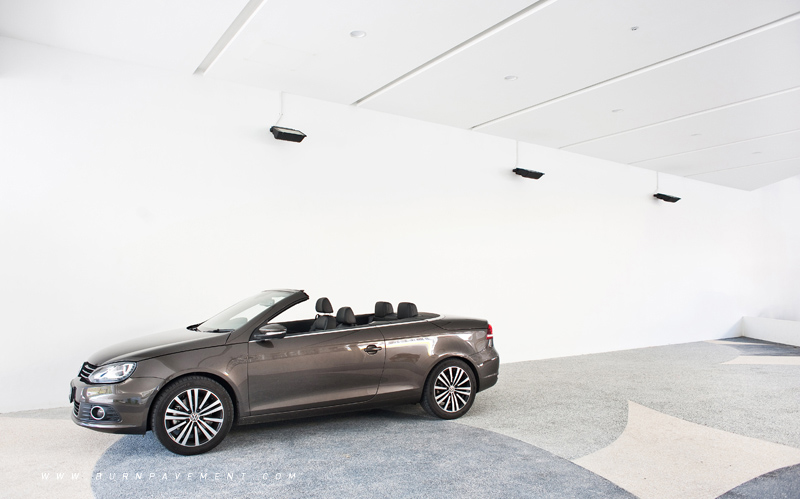 Like the old car, the new Eos also has a glass roof that can be opened for a targa effect. This, and the full retraction of the roof can be operated via the key fob - but you do have to be standing near the car.

The modern design cues have been applied to the rear as well. 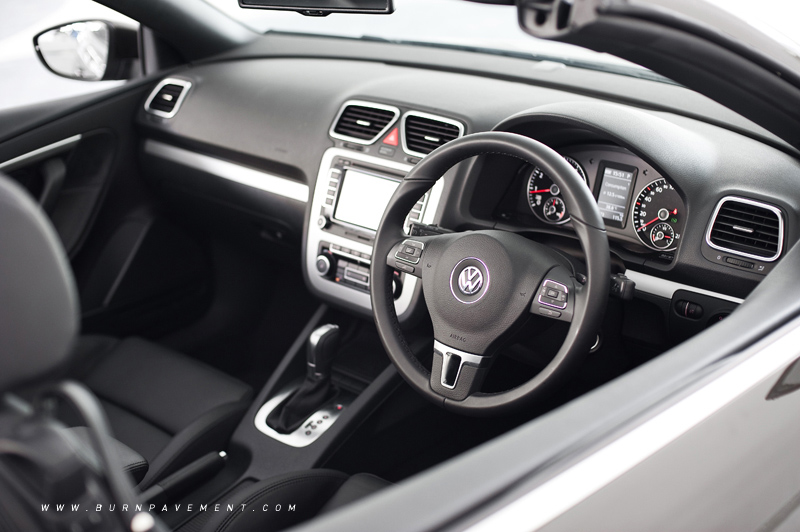 The interior is typical VW. Which is good and bad. After seeing this same layout in one Volkswagen after another, it is admittedly getting a bit dull. However, it also means that the neat and user-friendly controls, coupled with the great build-quality are carried over too. 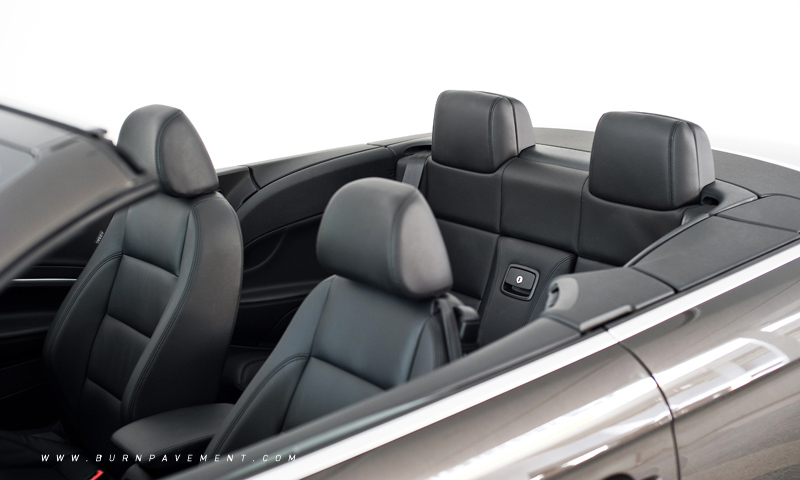 Comfortable for four adults. Long distance trips not a problem. 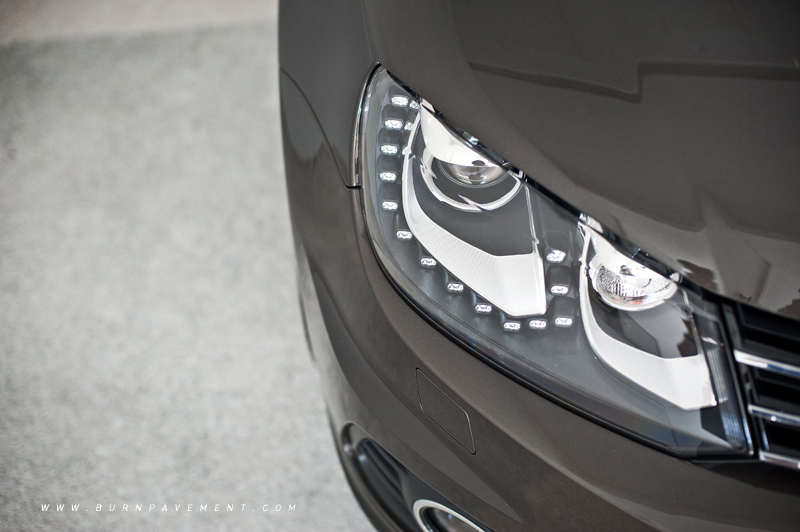 Trendy LED lights a must on sporty lifestyle cars these days. These surround the main projector lamp to give an added sparkle. 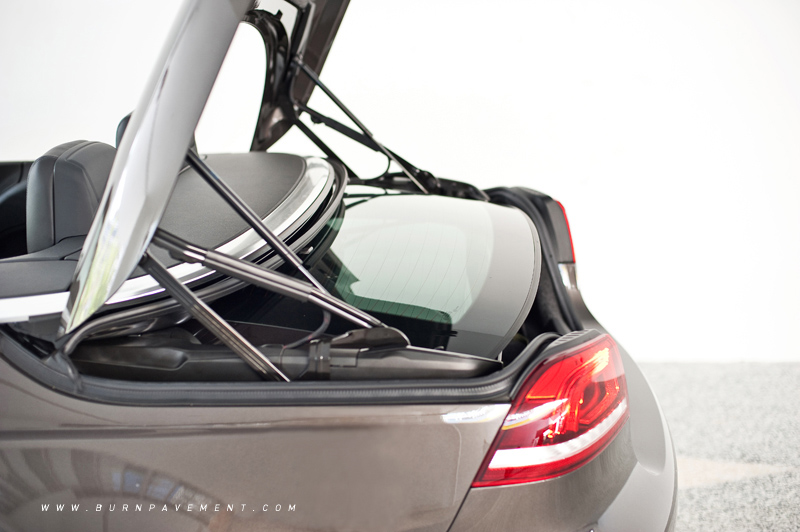 Roof will fold neatly into the boot in roughly 25 seconds. Instantly kills the boot space though, I take back what I said about the long distance trips for four. 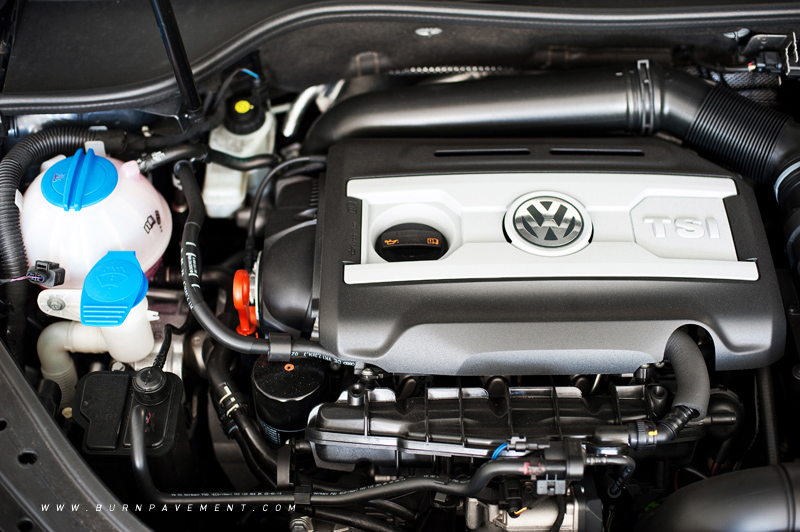 Same 2.0-litre powerplant found in the Golf GTi produces 210 bhp and 280 Nm of torque. Mated to a smooth shifting 6-speed DSG box, power is ready on tap and you won't find yourself wanting more. 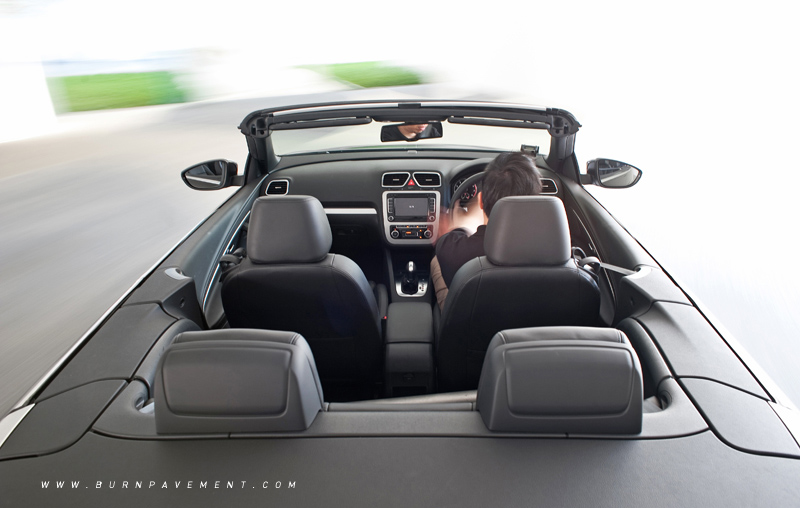 The car handles pretty well too. Even with the top down, body control is kept well within acceptable limits. The lightly weighted steering does rob the car of some feel though, and that ultimately defines the car as more of a cruiser than a bruiser. 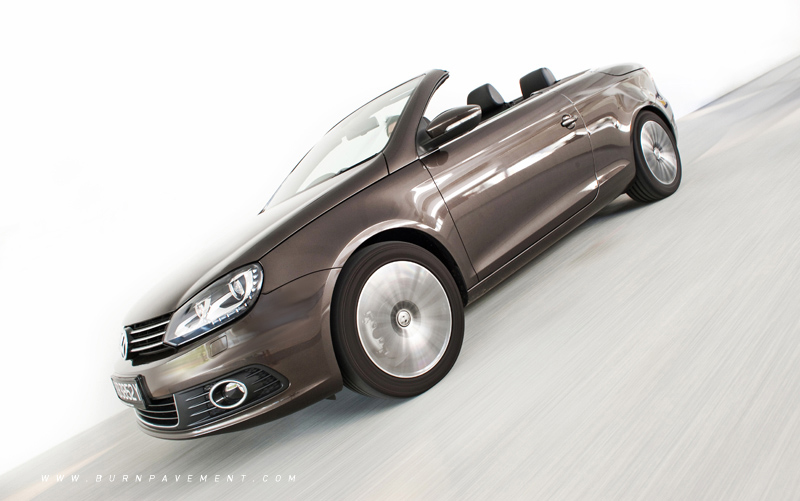 As a relaxed and well-built convertible for four, the Volkswagen Eos will not disappoint. You'll enjoy the versatility (eg. glass roof, spacious rear seats,) and the well-equipped interior (GPS, touch-screen system). You'll even appreciate the nippy drive and the powerful engine that feels like it is always ready to go. 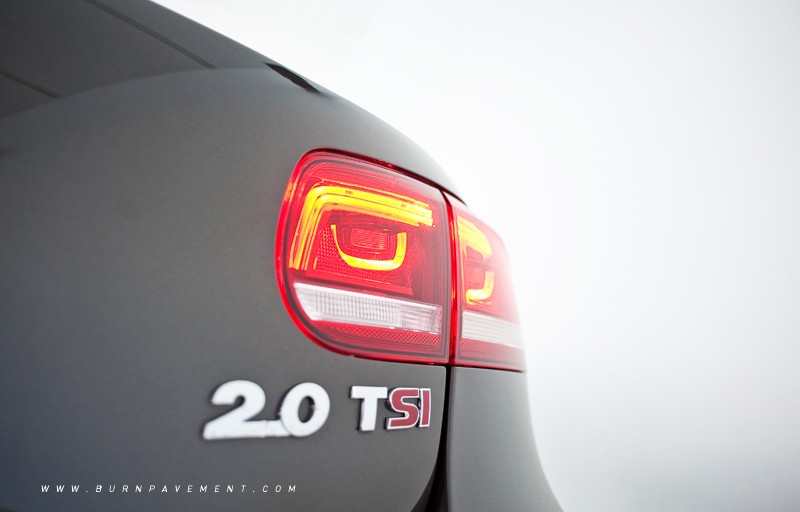 But if you're looking for something with a bit more 'buzz', or if you were hoping this would be a convertible Golf GTi, sorry, it's not quite. Maybe if the Golf R cabriolet goes into production (below)? 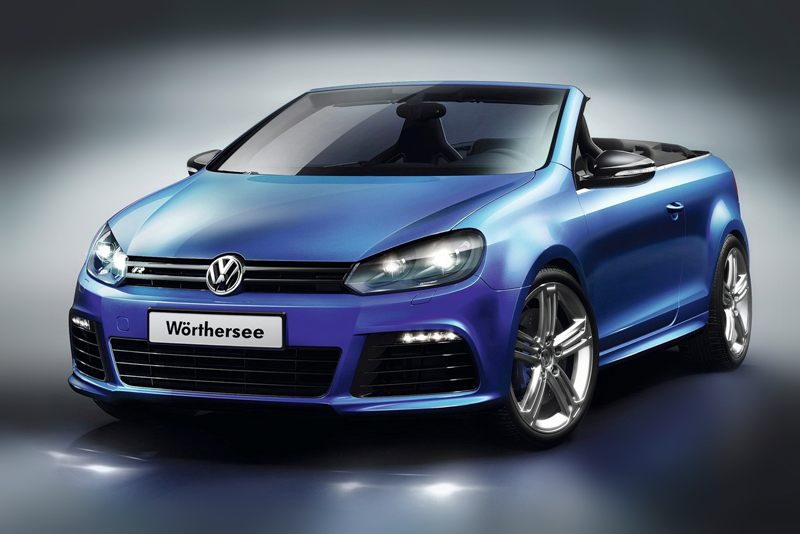