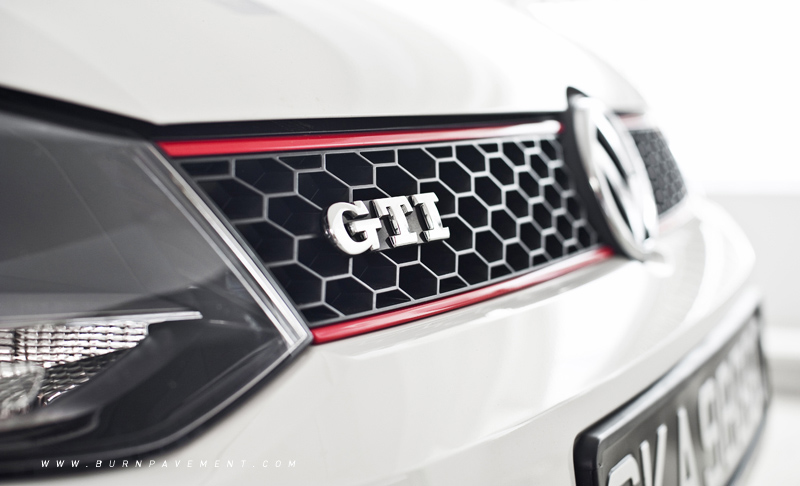 Volkswagen's entry level hatch gets imbued with the GTI badge of honour.

With three existing variants of the highly acclaimed B segment winner of the 2010 Car Of The Year award, surely one must wonder why the addition of a fourth. And with the GTI badge thrown into the mix, surely this would be an overkill or even worse product cannibalism. And because the Polo already comes in a naturally aspirated 1.4 litre, turbo charged 1.2 litre TSI and the clean and green diesel propelled BlueMotion, is there really a need for a Polo GTI? The answer at Burnpavement is an emphatic yes!

At first glance, the exterior of the Polo GTI looks just exactly like its lesser specced siblings, save for the obvious GTI styling cues such as the deeper front bumper, the honeycomb grille flanked horizontally by two red stripes, the rear diffuser, twin exhaust tips, larger than usual rear roof spoiler, impressive looking 17 inch Denver rims and red brake calipers all round. Completing the look that differentiates it from its siblings are the GTI badges that adorn the grille and boot to tell the other road users that this is not a car that can be easily bullied. 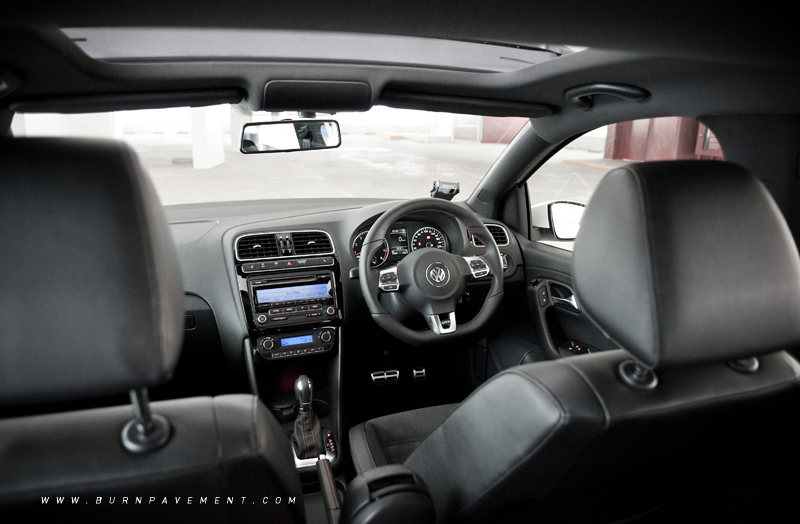 As for the interior, the Polo GTI has a similar layout to the normal Polo save for the 'go-faster' bits that is peppered sparingly to tell the driver and the occupants that this is not a slow poke 1.4 litre N.A Polo. The tell tale signs of this Polo's GTI lineage include 'suede' trimmed sports seats, flat bottomed steering wheel similar to its elder sibling the Golf GTI, chrome accents throughout, aluminum pedals and the iconic red stitching on the steering wheel, gearshift knob and hand brake. But apart from these little bits of GTI-ness, little can be found to truly separate this Polo's interior from the humdrum interior of the other Polos, which is inherently the one and the same. 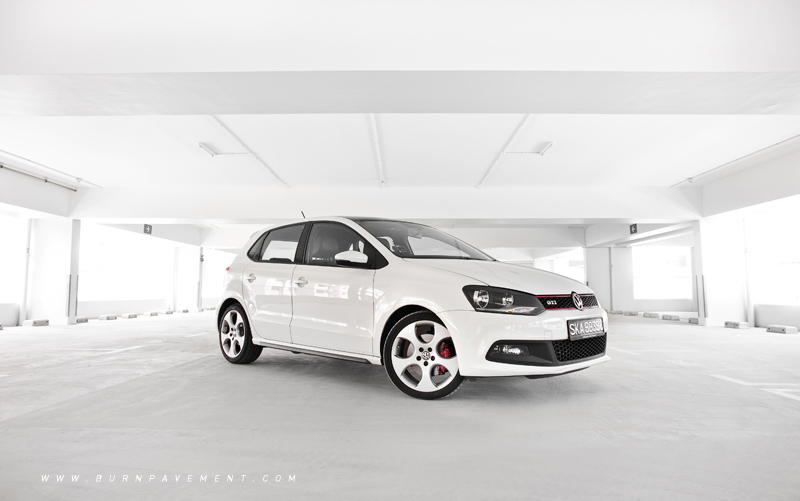 Aesthetics however count for little as we are more concerned with what this little hatch can conjure on the tarmac. To be fair, though the all new Polo GTI is not much of a looker compared to some other hot hatches such as the Mitsubishi Colt Version R with its vented bonnet and conspicuously flared wheel arches, the Polo GTI in its own right though subdued does look a tad stylish albeit in a simplistic way (at least it doesn't look garish like a Hyundai Getz with a bonnet scoop), and truth be told, it looks best in white which contrasts well with the red GTI stripes on the grille, brake callipers and the rear tail lamps. Also, the car is available in two guises of either a three door or a five door. For practicality's sake if you hate having your girlfriend's female colleagues tagging along on a carpool home and then having to alight to let them out, the five door would be most prudent. 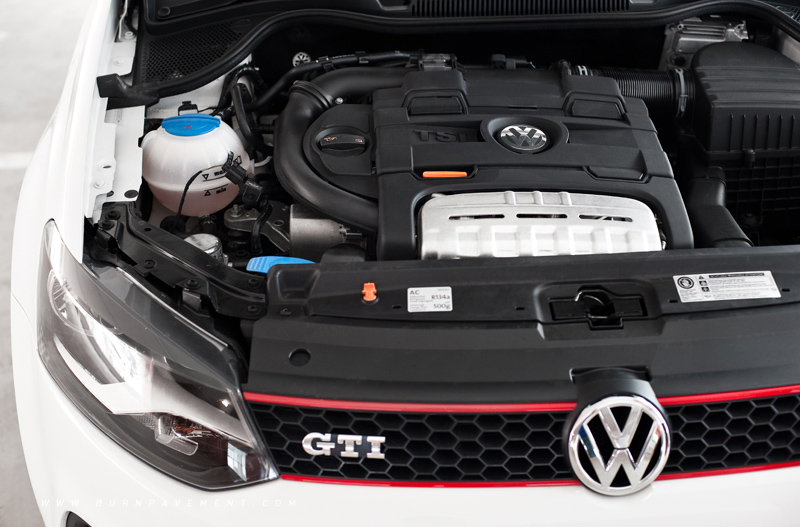 Powering the Polo GTI is the 1.4 litre twin charged engine found in the 1.4 TSI Golf and Scirocco. So what is twin charging? Basically Volkswagen's twin charged engine uses both varieties of force induction which is the super charger and the turbo charger. The super charger helps provide more 'oomph' from the lower end of the rev meter to get the Polo GTI hurtling off the blocks ably, while the turbo takes over at higher revs, this ensures that the Polo GTI is virtually lag free, well almost... 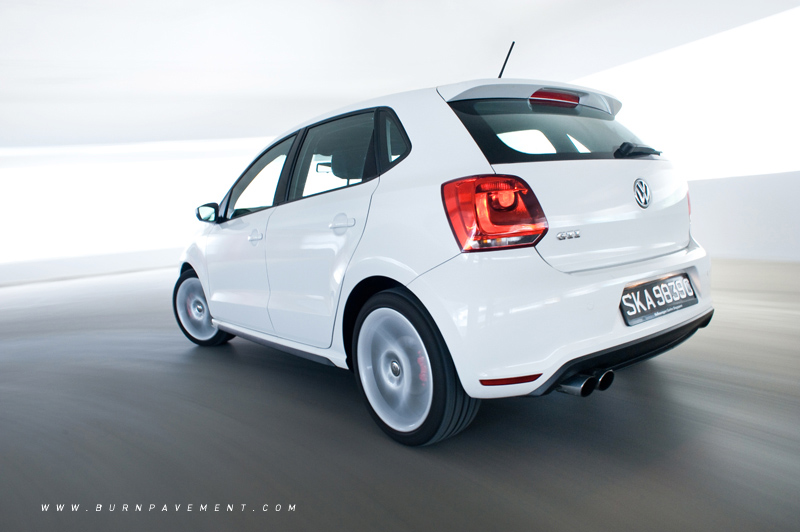 On the move, with 180 horses playing polo in the engine bay and 250 Nm worth of torque, the Polo GTI pulls off ably, with its seven speed DSG gearbox swapping the cogs for you efficiently as you get up to speed. Even though the Polo GTI has less horses and torque as compared to the Golf GTI, the Polo GTI can go from standstill to blistering pace in just 6.9 seconds, which is the same as the Golf GTI due to its lighter body (1,194 kg), giving it a better power to weight ratio. 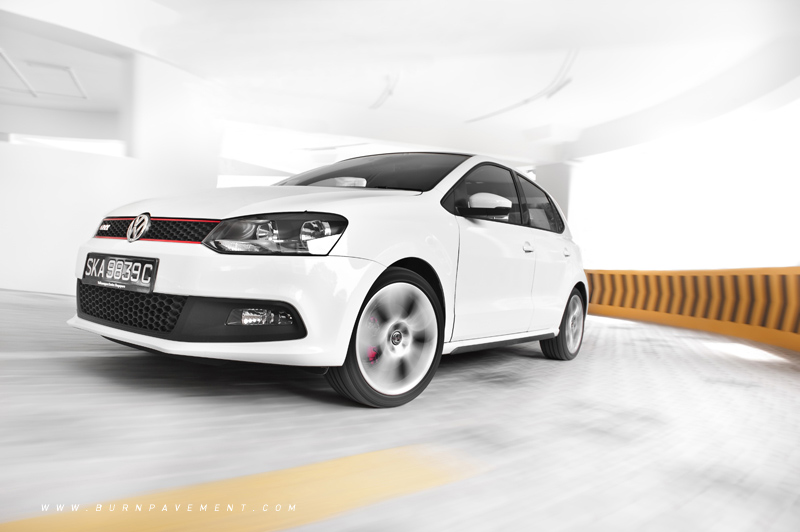 But can it handle as well as its elder sibling? With a chassis that is not as well-balanced as the Golf GTI's, the Polo GTI does seem a bit suspect in handling when we drove it through the twisty bits. The steering of the Polo GTI as compared to its lesser Polo siblings feels a lot more weighted, giving you decent feedback, but for a car with sporty aspirations, it does seem a bit lacking. Steering the car is easy, with the car responding to directional inputs in a perfunctory manner with nary a hint of enthusiasm. This lack of enthusiasm I am afraid is unbecoming of a hot hatch. Also, with the spirited swerving came the slight body roll which can be a tad unnerving, but to be fair, the Polo GTI managed to fight the initial lean and stayed on course as directed ably. The same can also be said of the car's braking, which can be improved on as it felt 'under servoed', I am not expecting a dentures popping kind of braking, but a little more initial bite on the brakes can't go wrong for this car. 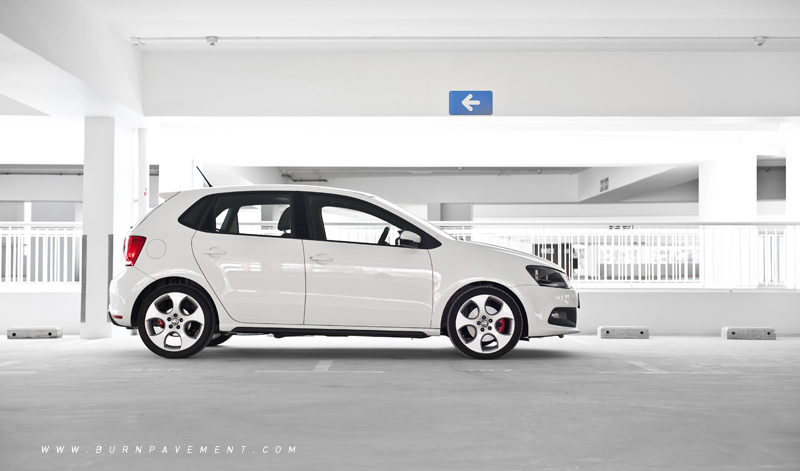 To many, mention the word GTI and one would immediately associate these three alphabets with the Golf and not the Polo, but if one can look past the comparisons of the siblings, the Polo GTI is truly a nippy pocket rocket that would excite any young exec looking to buy his first car (usually a hot hatch). With Volkswagen's excellent build quality, simplicity and lightness of the Polo and the look-faster and go-faster bits of a GTI, what we have here is an amalgam of a daily drive that is both fun and practical. And did I forget to mention that this car has quite an impressive fuel economy rating? 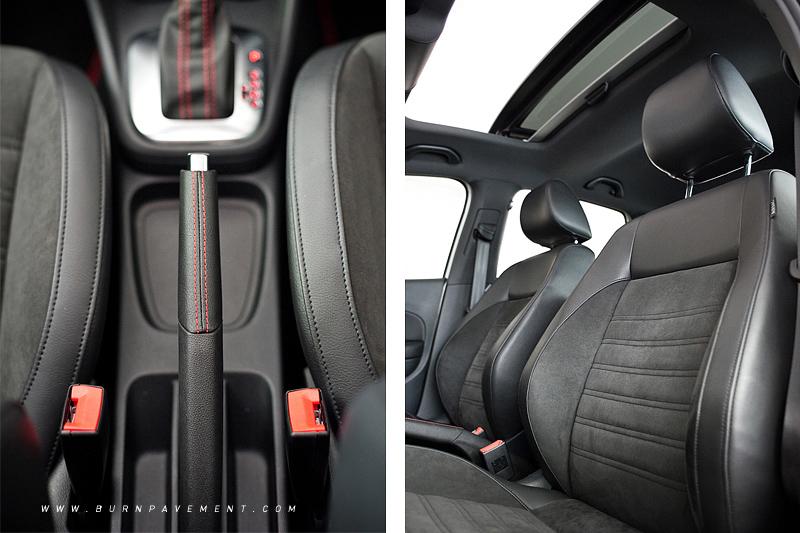 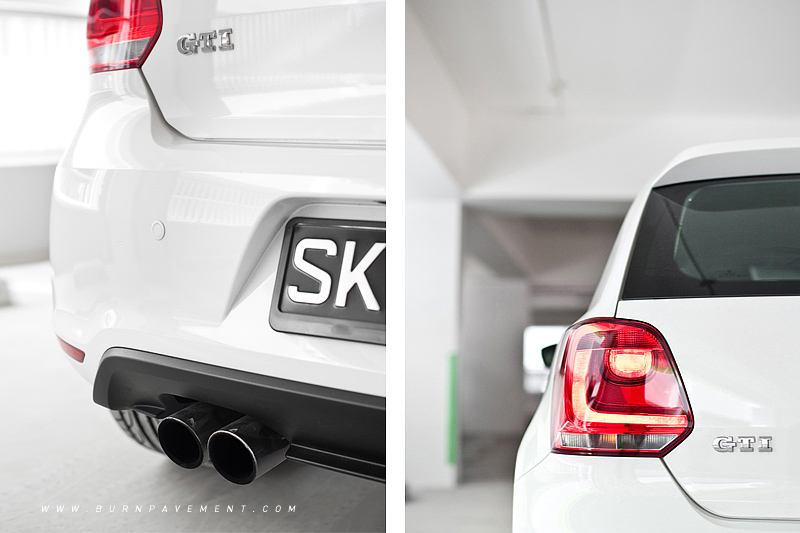 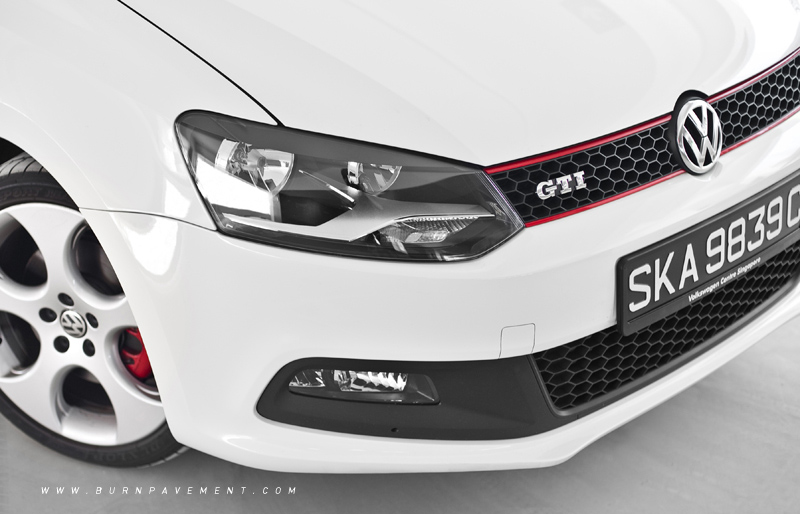 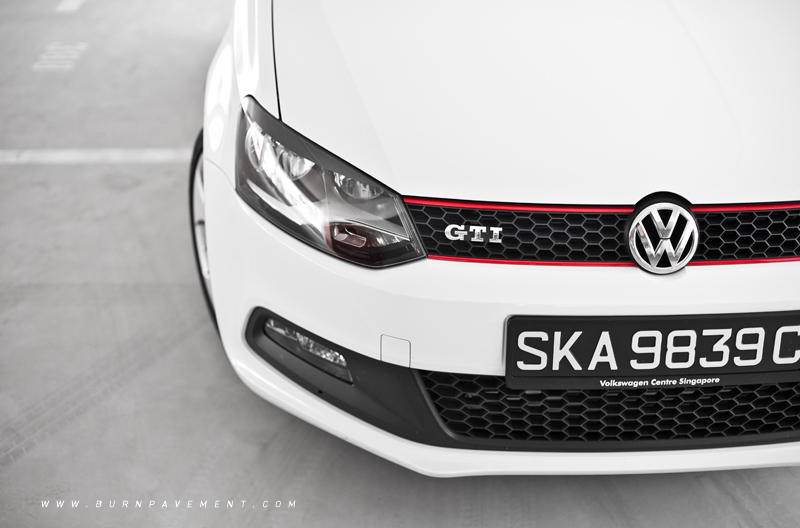