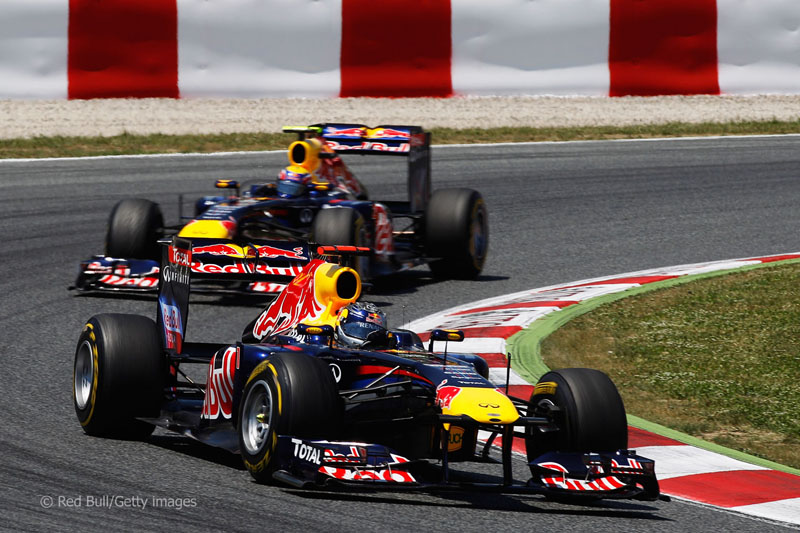 Vettel Wins By A Whisker

Sebastian Vettel wins the Spanish Grand Prix, but not without immense pressure from Lewis Hamilton.

The Spanish Grand Prix was held at the Circuit de Catalunya, a popular F1 testing venue. This year, it was also the debut of Pirelli's new ‘hard’ compound tyre designed to offer greater durability, which lead to interesting grid movements. Sebastian Vettel and Red Bull Racing took their fourth win, with a four pitstop strategy. On Lap 10, with fresh tyres,Vettel overtook Rosberg, Massa, Button and Schumacher. However, Vettel had to compete without KERS for the latter part of the race, which allowed Lewis Hamilton to close in on him.

Team McLaren put on a strong performance, with Lewis putting pressure on Team Red Bull Racing and closing the time gap within a second. Although Hamilton could deploy KERS and the DRS, the performance advantage of the Red Bull car kept Lewis in a close second place. Jenson Button made it a McLaren 2-3 finish after climbing from 10th position. 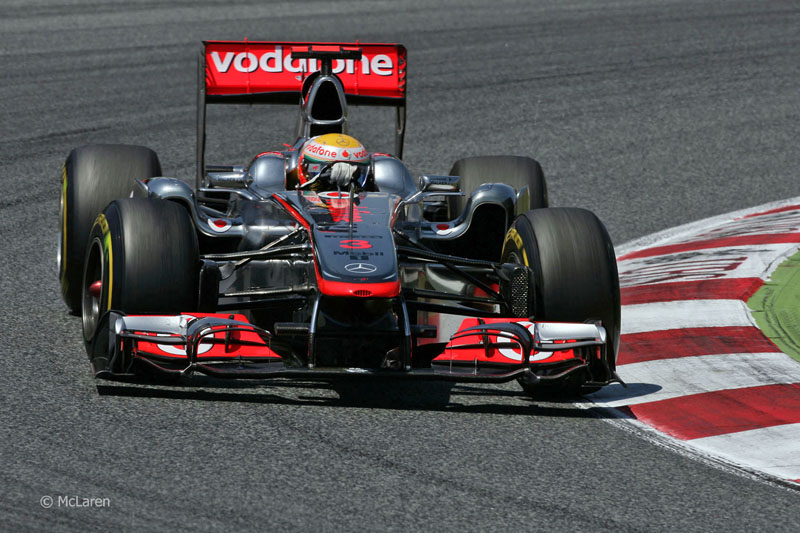 Ferrari's Fernando Alonso gave a sterling start to the race as he burst into the inside of Mark Webber going into the first corner and lead the race after the opening lap. However, Alonso's lead was quickly worn down on the new hard tyres. He was overtaken by Vettel on lap 18 and continued to slip down the chart, ending up being lapped on lap 63. His team mate, Felipe Massa, suffered from mechanical problems and did not finish the race. 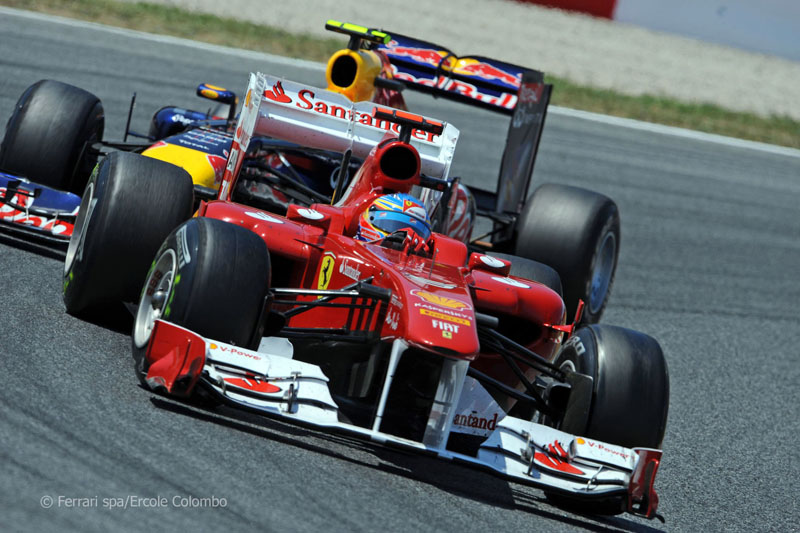 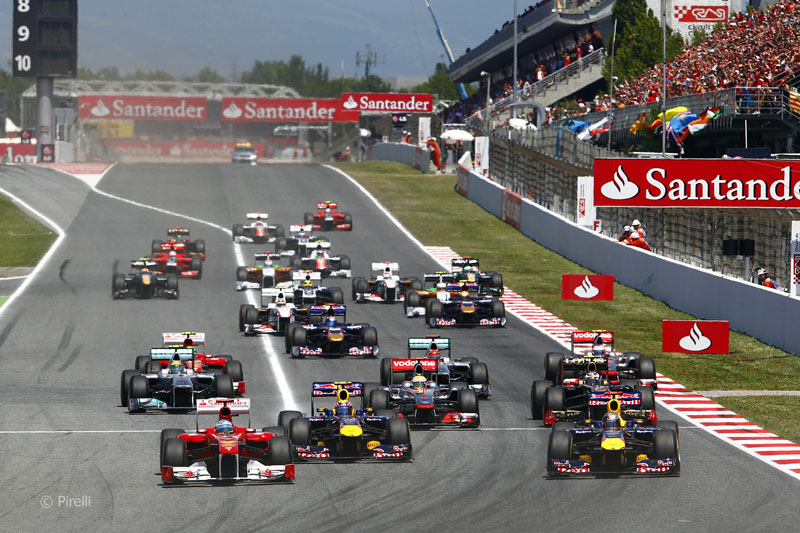 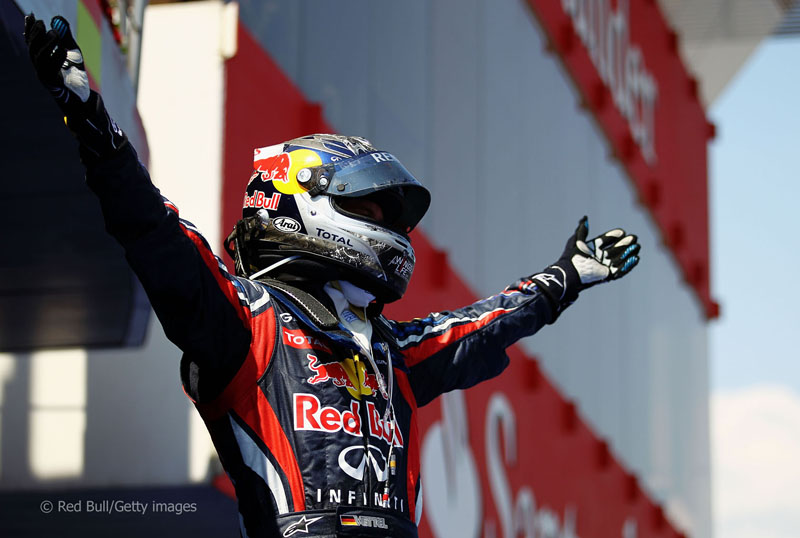 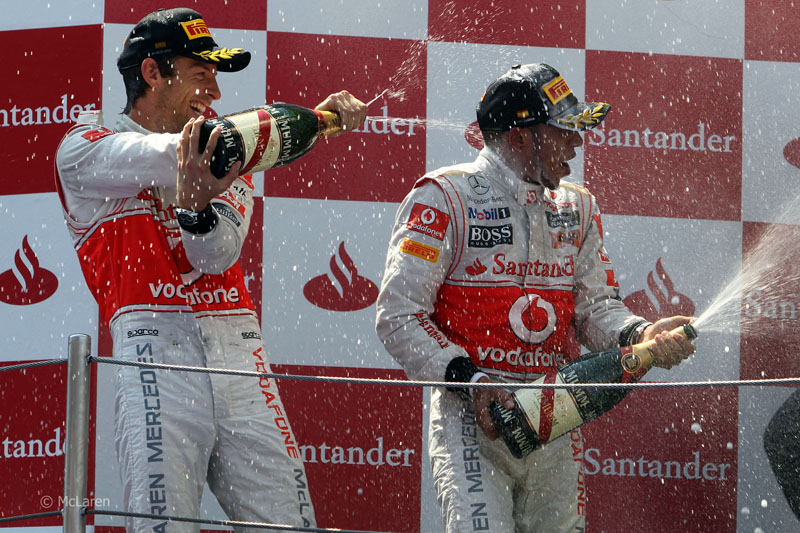