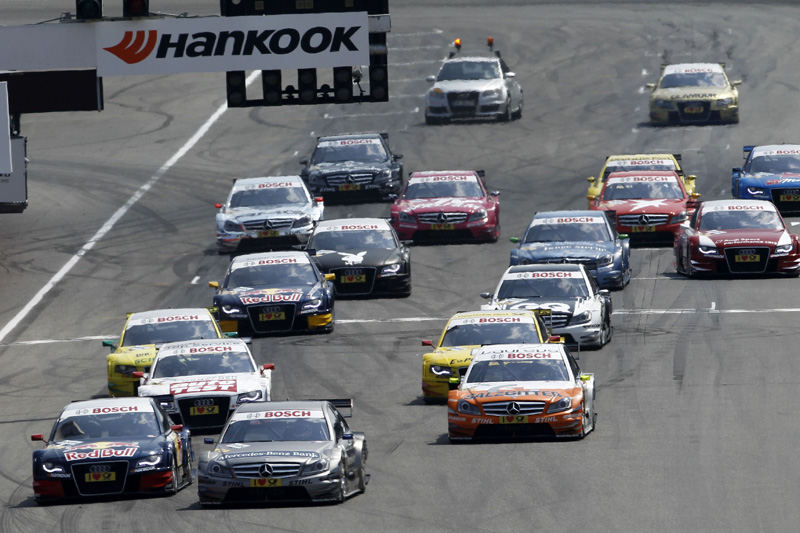 Pole position on Saturday and race victory on Sunday: for Bruno Spengler (Mercedes-Benz), the first DTM race of the season went according to plan.

Canadian Bruno Spengler has made his first mark of the 2011 DTM season. Having claimed pole position on Saturday, the 27-year old Mercedes-Benz driver achieved a dominant lights-to-flag victory in the season opener at Hockenheim. “I am very happy and I am looking forward to celebrating together with my team today. The start of the season is already very good, but there are still many races to come and one has to remain realistic”, the race winner said.

A three-way battle for the remaining podium positions between Swedish Audi driver Mattias EkstrÃ¶m, Ralf Schumacher with the AMG Mercedes C-Class and Timo Scheider (Audi) just before the end of the race was a thrilling finale. In spite of problems on his car, EkstrÃ¶m still had the upper hand with a margin of 187 thousandths of a second and ended up second. Schumacher claimed his maiden podium finish in his 33rd DTM race. 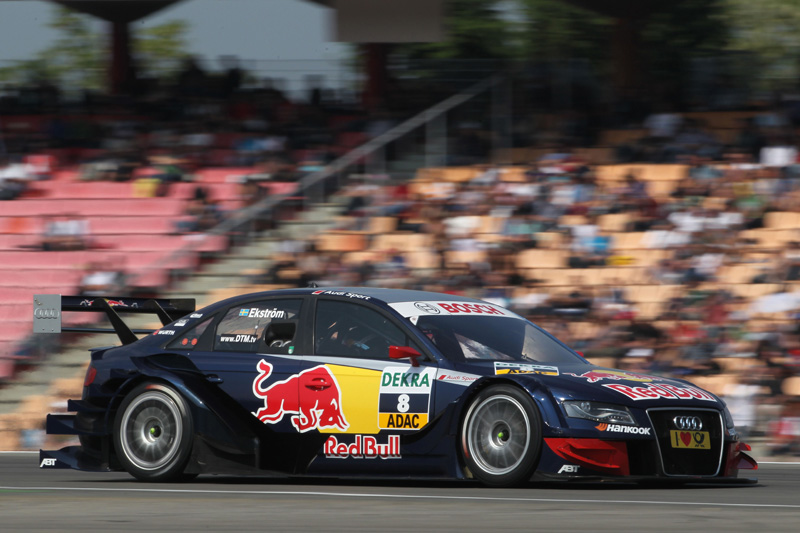 “I am very happy with second place. Due to my broken hand, I ran out of power towards the end of the race and I am very happy that I was able to hang on to my position. Too bad that my wife and our newly-born son Mats couldn’t be here”, EkstrÃ¶m said after the race. Ralf Schumacher also came to the post-race interview with a wide grin on his face. “I thank Mercedes-Benz and my mechanics for their patience. For them, things weren’t always easy. Finally, I have made it onto the podium”, the satisfied German said and added: “Keeping up with my fellow Mercedes-Benz drivers always has been my goal and it still is. Now, I am on the right way to do so.” 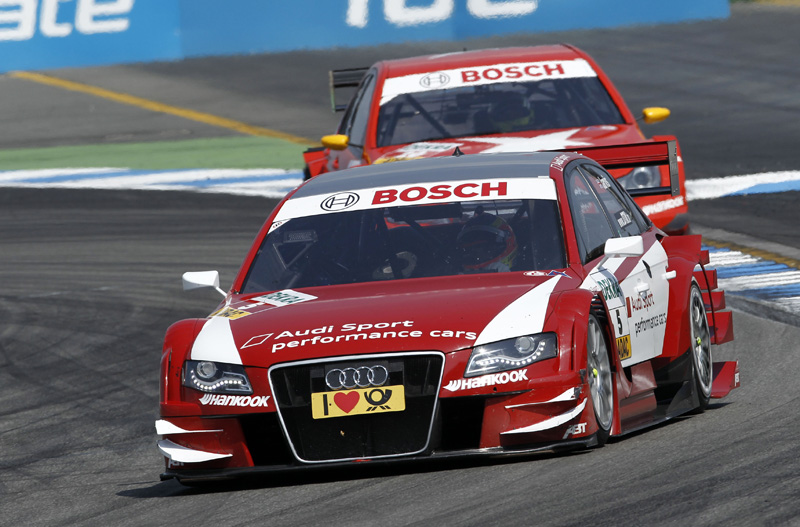 In fourth place, two times DTM champion Scheider only just missed out on a podium finish, but still managed to score five points for the drivers’ standings. He was followed home by his fellow Audi driver Martin Tomczyk in fifth place, making Tomczyk the best-placed driver of a 2008-spec car. British driver Gary Paffett showed a great recovery. Following an error in qualifying, the Mercedes-Benz driver had to start from the back of the 18 car grid, but after 38 laps and 173.812 kilometres, he finished sixth ahead of his fellow Mercedes-Benz drivers Jamie Green and Maro Engel. 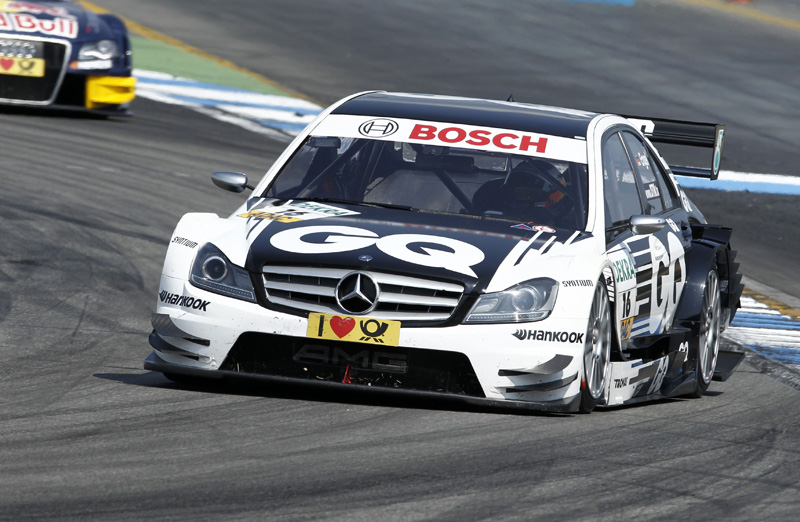 With the AMG Mercedes C-Class, German driver Christian Vietoris became the best-placed DTM rookie at Hockenheim. In his maiden DTM race, the 22-year old finished 13th, followed by two further novices: Edoardo Mortara and Rahel Frey (both Audi) took the chequered flag in 14th and 15th place respectively. In the drivers’ standings, Spengler is leading with ten points from EkstrÃ¶m (eight points) and Schumacher (six points). The second DTM race weekend of the year takes place at Zandvoort in The Netherlands from May 13th till 15th. 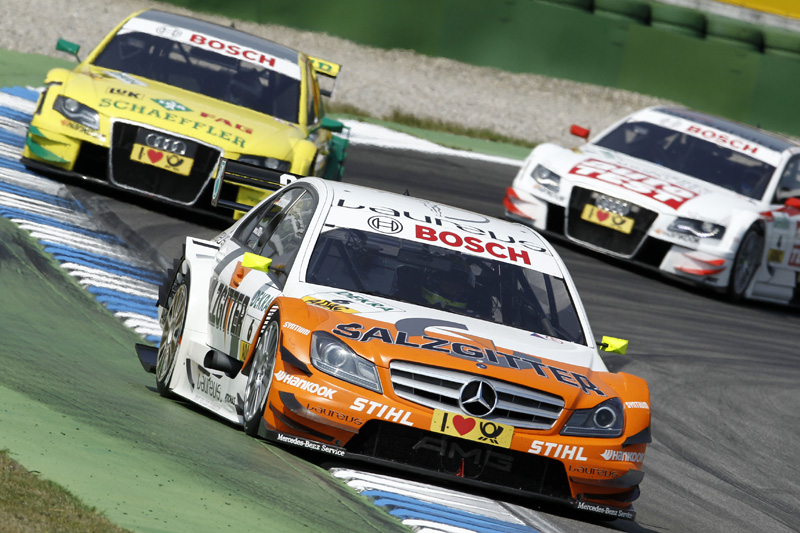 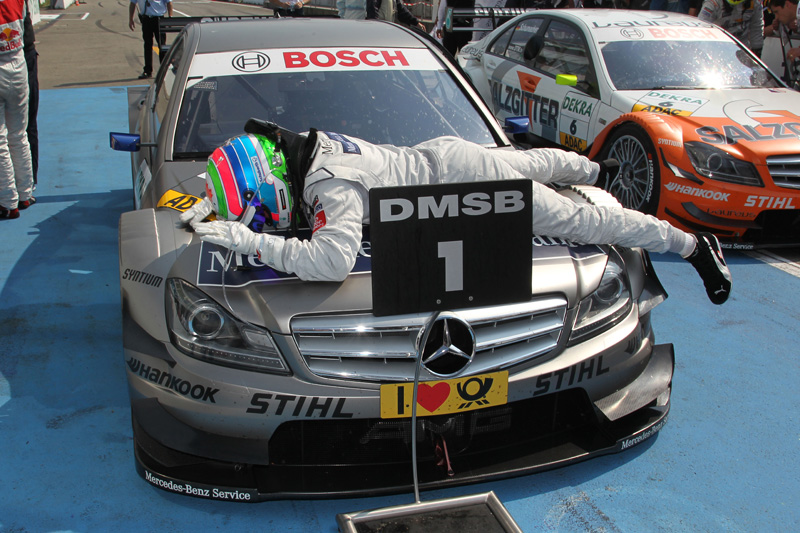 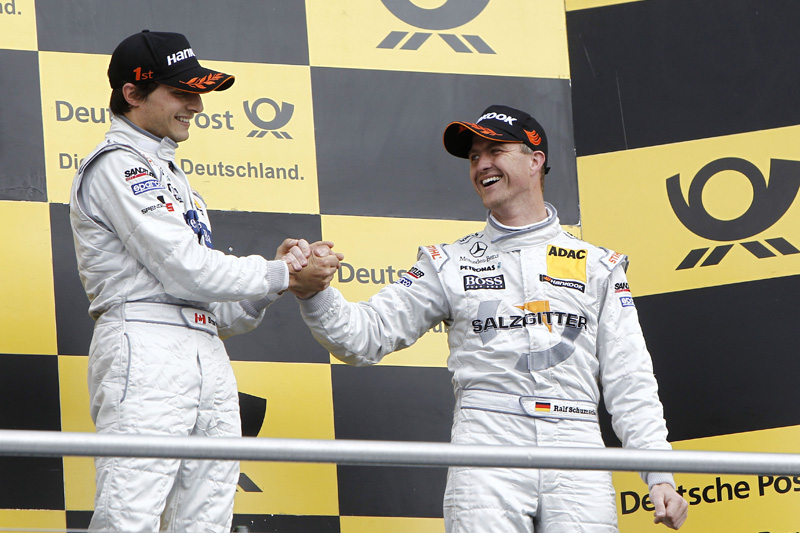