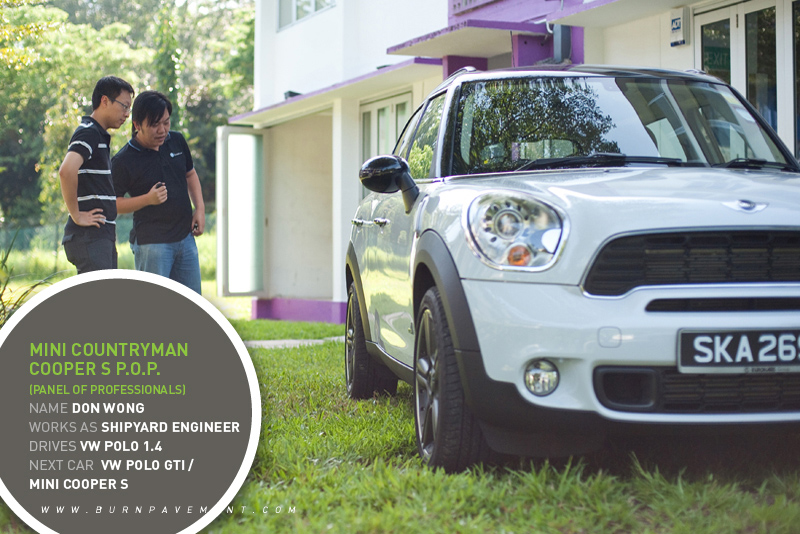 Our panel of professionals (P.O.P.) strap themselves up in the passenger seat and get up close and personal with the MINI Cooper S Countryman. Hear what they have to say about the car.

Every now and then we'll invite a panel of high-flying professionals who consider the subject car as a viable upgrade - to give their take on the car after a ride and some intimate time with it. How do they like the car as a passenger?

Our third P.O.P. session is with three executives who are experts in their own right, and they've taken some time off to give their two cents on the MINI Cooper S Countryman. 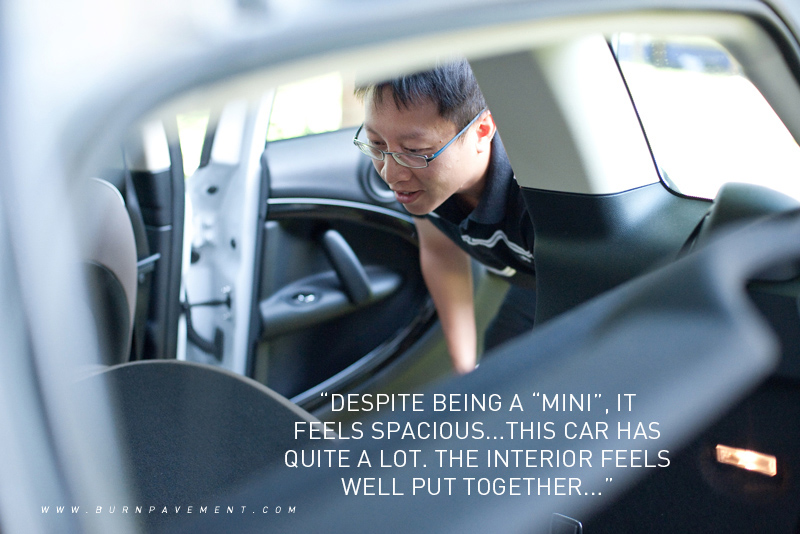 Don says: The characteristic MINI features are still there, and it's still in a league of its own. The wheels are nicely matched to the car. Rear seating configuration is unique, but it's nice that they offer a three abreast seating for those who need it. Despite being a “Mini”, it feels spacious but this car has quite alot. The interior feels well put together. 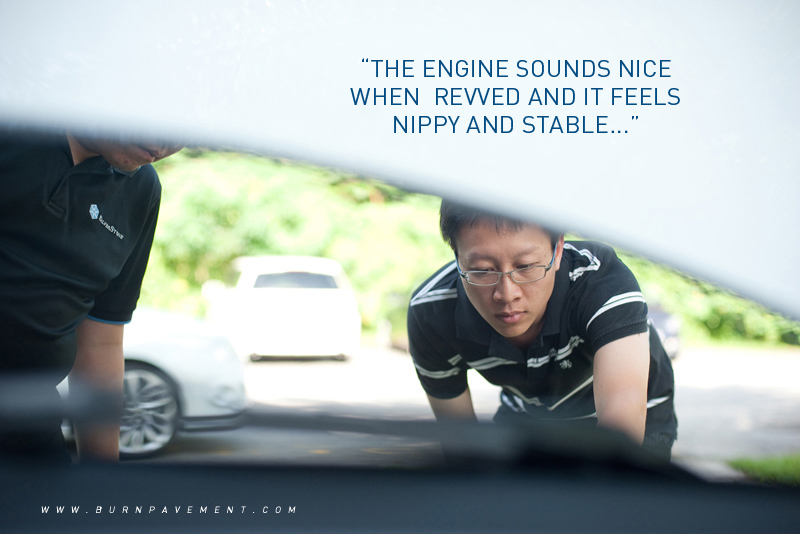 Don says: The interesting switches do make the interior feel more like a cockpit of an aeroplane. The handbrake has an interesting design and it feels a little heavy to pull. The engine sounds nice when revved and it feels nippy and stable. It's a good and fast car, and its unique looks help it stand out from the crowd. The only thing that would stop me is the price. 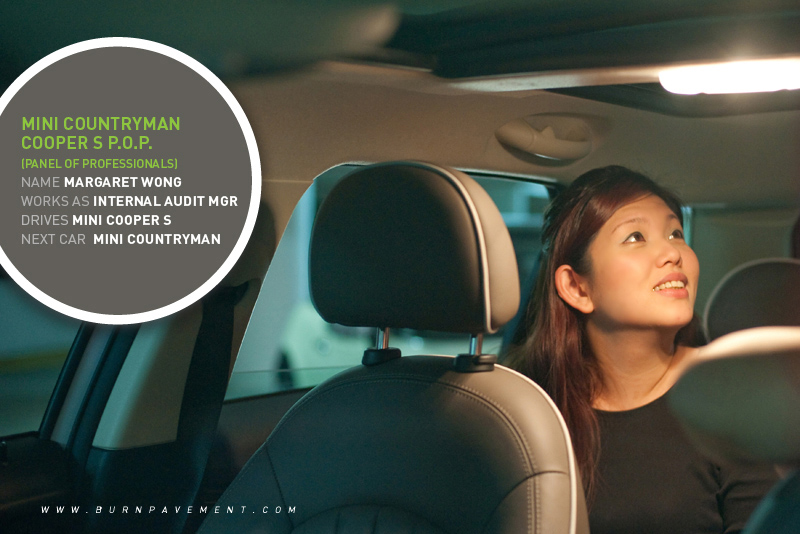 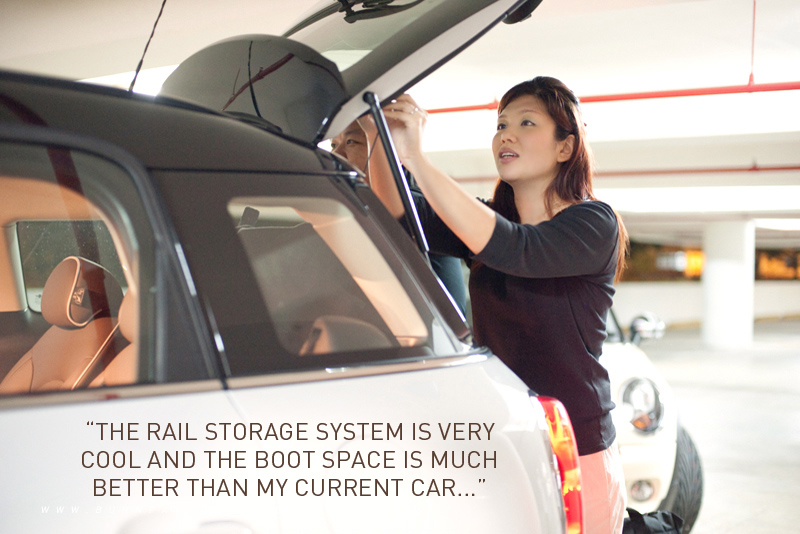 Margaret says: Although it only seats four, the rail storage system is very cool and the boot space is much better than my current car. The rail design is a bit flawed since rear passengers can't move from left and right, and the rear space looks a bit cramped for three if you go for the three seat option. 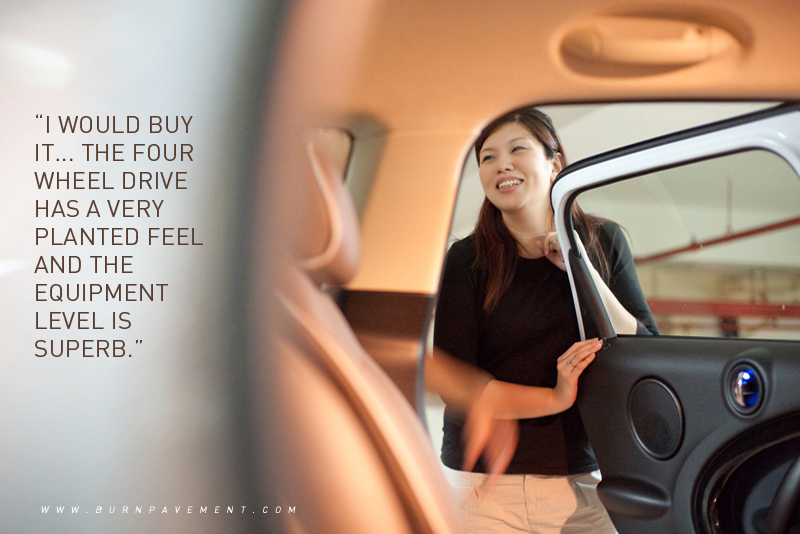 Margaret says: The Countryman immediately made me regret buying the Mini Cooper S which I primarily bought for the fun drive. The engine does feel hot when it's running, which is what I experience in my own Mini as well. I would buy it, but I wouldn't want to go for the entry level, because the four wheel drive has a very planted feel and the equipment level is superb. 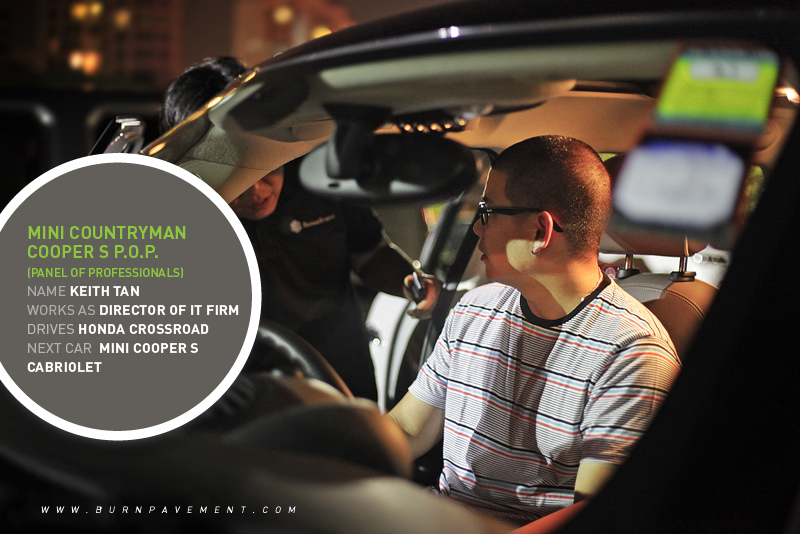 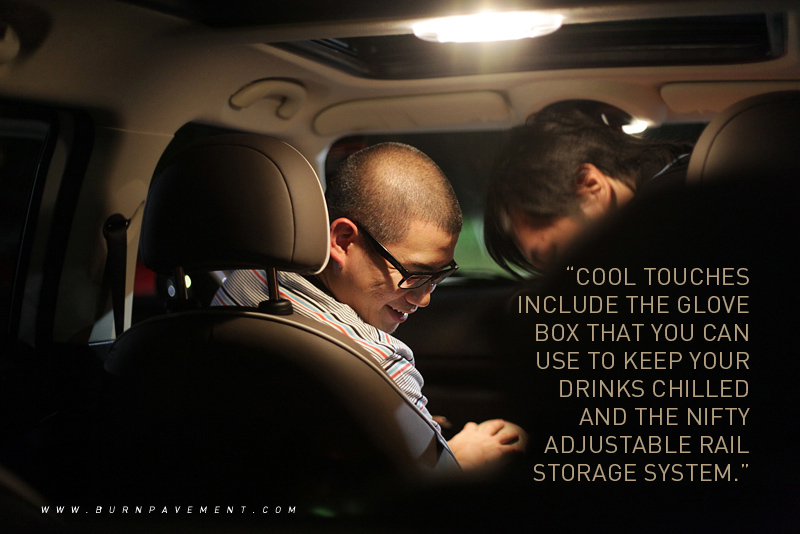 Keith says: The rounded retro design theme feels extreme! The plastics on the dashboard feels a tad bit hard to touch. Cool touches include the glove box that you can use to keep your drinks chilled and the nifty adjustable rail storage system. The adjustable mood lighting is what I feel is the nicest feature you can fit in this car. 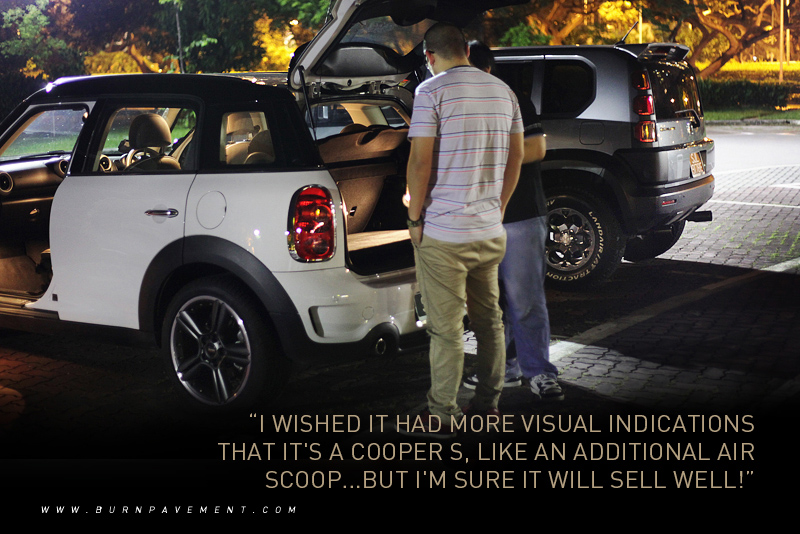 Keith says: I do like this Mini, and I find that this is perfect for the family. The shape of the front does bother me a bit, it does lose some of the “Mini” funkiness with that bulky front end. The acceleration does feel strong and it rolls quite noticeably in the corners. I wished it had more visual indications that it's a Cooper S, like an additional air scoop. Finally, considering it's direct rivals, I'm sure it will sell well!