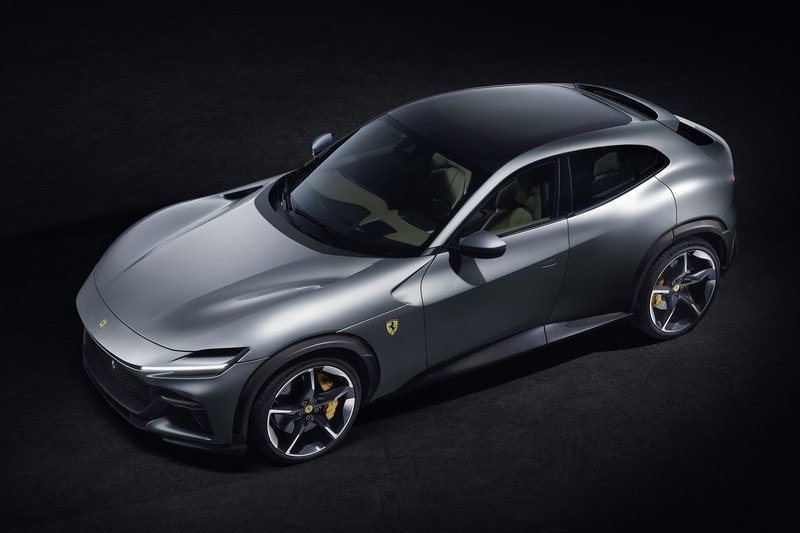 It may be an SUV, but Ferrari wants you to think no less of its latest 725hp V12 creation.

It’s the car Ferrari said they’d never make. The company’s 2014-18 CEO, the late Sergio Marchionne, when asked if Ferrari would make an SUV, famously said in 2016, “You’ll have to shoot me first!” Well, he must have had a change of heart, because a couple months after he stepped down from his role, test mules of a high-riding Ferrari were spied in the wild. And now, four years later, we arrive at this: the new Ferrari Purosangue.

Ferrari is aware of the implications such a car would have on its purist sports car image, which is why it’s gone to great lengths to convince us all of the Purosangue’s authenticity. For starters, Ferrari doesn’t actually call the Purosangue an “SUV” or even a “crossover”, merely, acknowledging that it’s “the first ever four-door four-seater car in the Prancing Horse’s history”. Then there’s the name: “Purosangue” translates from Italian as “thoroughbred”. 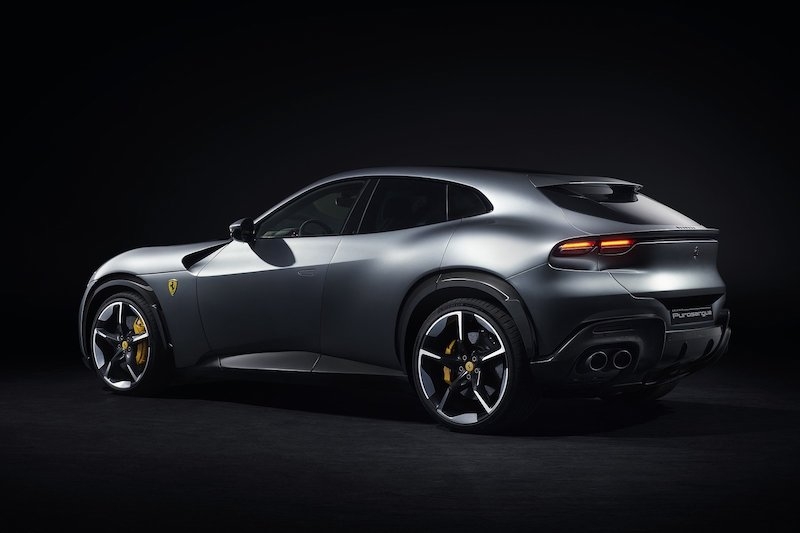 If the above triggers the cynic in you, we wouldn’t blame you. But perhaps it’s not all bluster and ballyhoo - after all, what could be more quintessentially Ferrari than a high-revving naturally-aspirated V12? Because that’s exactly what the Purosangue has under its thrusting, front-hinged bonnet. 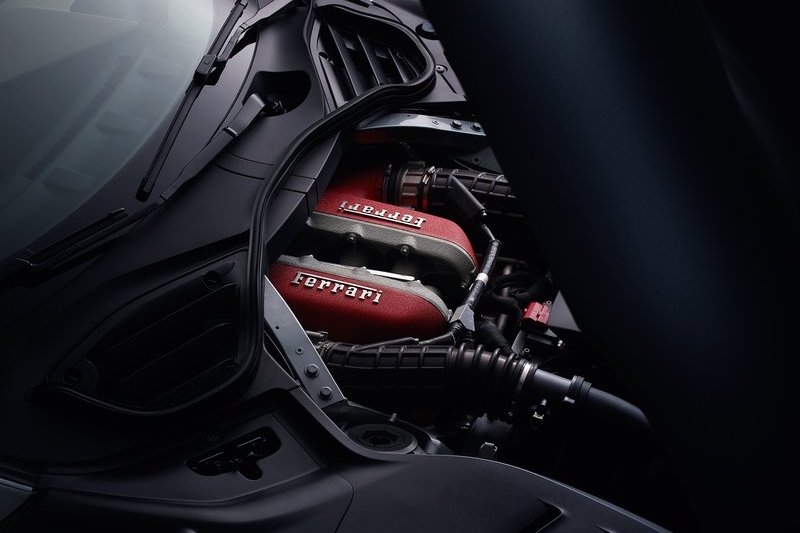 That makes the Purosangue the most powerful of its kind, eclipsing the Aston Martin DBX707 (707hp), the Porsche Cayenne Turbo S E-hybrid (700hp), the Lamborghini Urus Performante (666hp), and the Bentley Bentayga Speed (635hp). 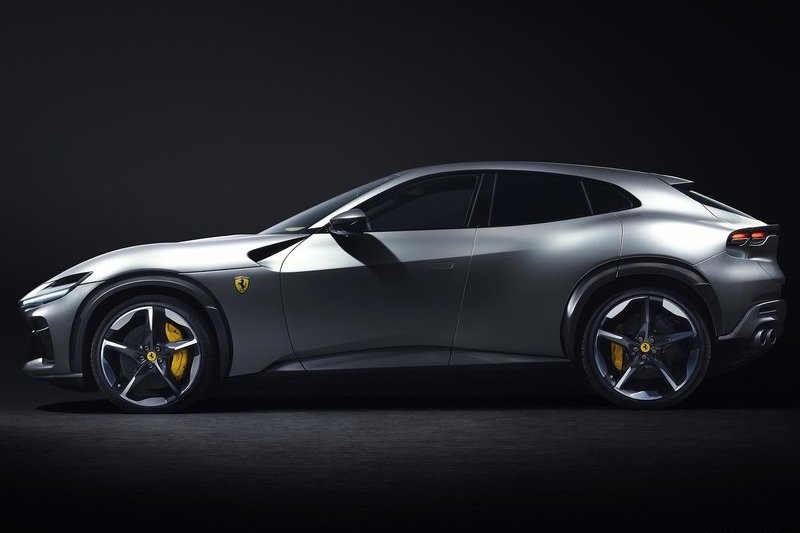 Ferrari is also keen to stress that it’s a purer performance car than its main rivals, with less of the traditional SUV trade-offs that compromise their on-road dynamics. That’s why the Purosangue is less a normal SUV and more a jacked-up wagon, like an Audi Allroad or Subaru Outback. So even though the Purosangue sits on a new platform that will eventually underpin Ferrari’s future front-engined models, in essence it’s basically a raised and elongated version of Ferrari’s previous four-seaters, the FF and GTC4 Lusso. 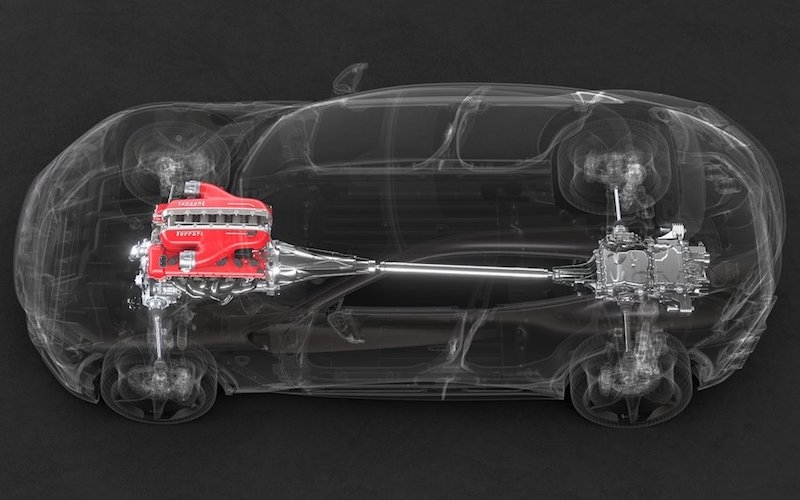 In fact, the Purosangue uses the same AWD system pioneered on the FF: unlike conventional systems, Ferrari’s 4RM Evo doesn’t have a mechanical connection between the front and rear axles. Instead, a power take-off unit on the front of the engine provides power to the front wheels only in the lower gears, which means the Purosangue retains its RWD characteristics most of the time.

If you didn’t know better, the rest of the Purosangue’s chassis specs reads like a supercar’s. The engine is mounted aft of the front axles, making it a front-mid-engined car, and it’s hooked up to an 8-speed dual-clutch gearbox at the rear transaxle, giving the almost 5m-long boost a 49:51 front:rear weight distribution. 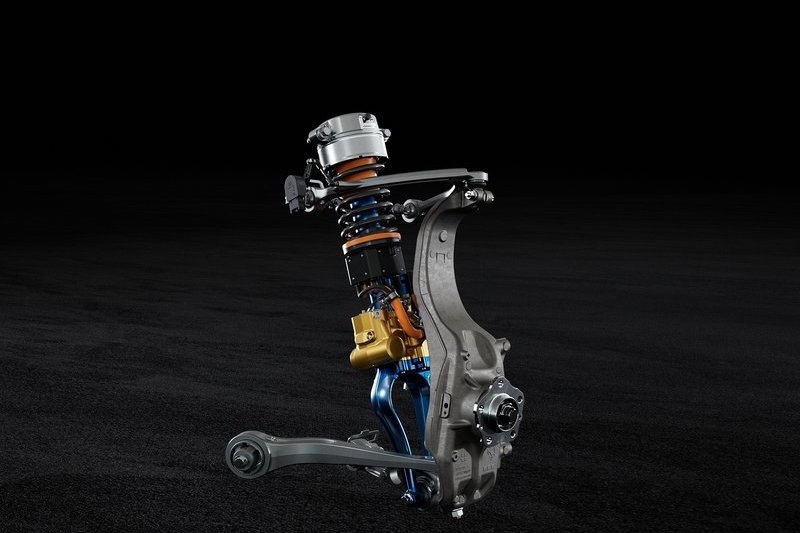 It’s also got independent rear-wheel steering as found on the 812 Superfast (that is, it’s not dictated by what the front wheels are doing), as well as a clever “grip estimator” function within its electronics. But possibly the most impressive aspect of the Purosangue’s chassis is the new Ferrari Active Suspension Technology (a low-hanging fruit of an acronym if ever there was one).

Co-developed with engineering consultancy and component supplier Multimatic, FAST features a powerful electric motor mounted on top of the damper that can react quicker and with more force than conventional adaptive suspension systems to limit body roll and maintain wheel control during cornering. It’s so strong and reactive in fact, that it can “pull” a wheel upwards just before it hits a bump, and has allowed the Purosangue to completely do away with anti-roll bars, both to the benefit of ride comfort. 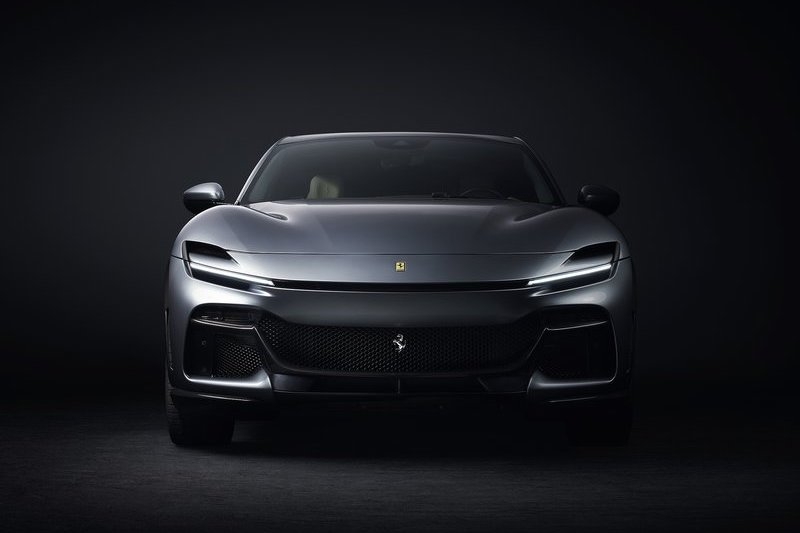 And though it’ll likely spend way more time cruising around town at 30km/h than blasting through the countryside at 300, aerodynamics have still largely dictated the Purosangue’s form, just like its sportier brethren. Check out the front end for instance - in addition to the huge intakes in the lower half of the bumper, the DRLs up top are sandwiched by two small ducts apiece. The lower one cools the brakes, while the upper one feeds through the engine bay and vents out behind the “aerobridge” just above the Prancing Horse shield on the fenders. 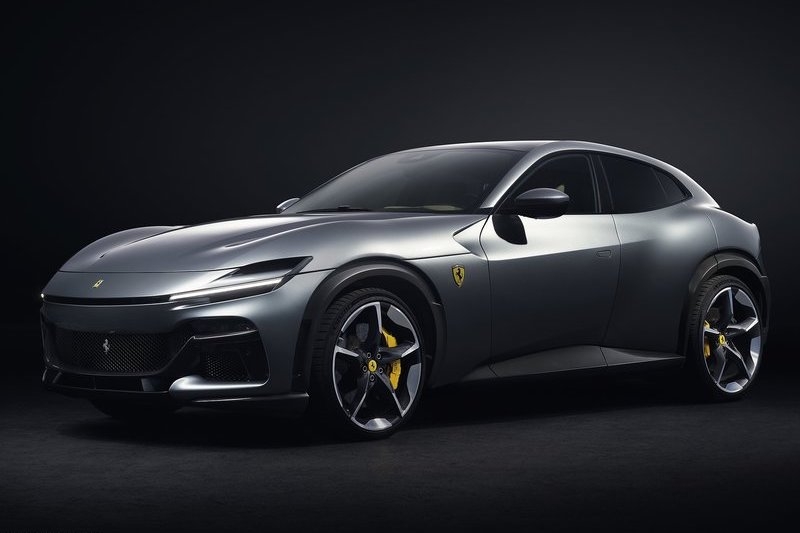 This aerobridge is similar to the one found on the F12 Berlinetta, channeling airflow from on top of the bonnet down the car’s sides, except where it was used to boost the F12’s downforce, here its purpose is to reduce drag. Same goes for the spats and louvres at the leading and trailing edges of the wheelarches - respectively, those form an air curtain that prevents turbulence around the wheels and help extract air from the wheel wells. 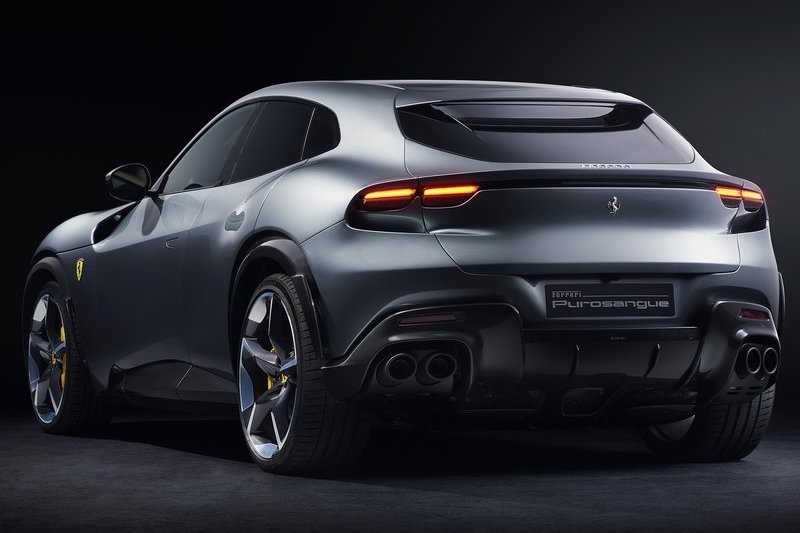 Similarly, ducts in the rear wheelarches help evacuate air (and therefore pressure) there too, which escapes via vents right beneath the taillights. And a neat little trick up top - Ferrari has managed to keep the tail end looking tidy by dispensing with a rear wiper for the Purosangue, thanks to the rear spoiler which diverts airflow down from the roof to keep the windscreen clean. 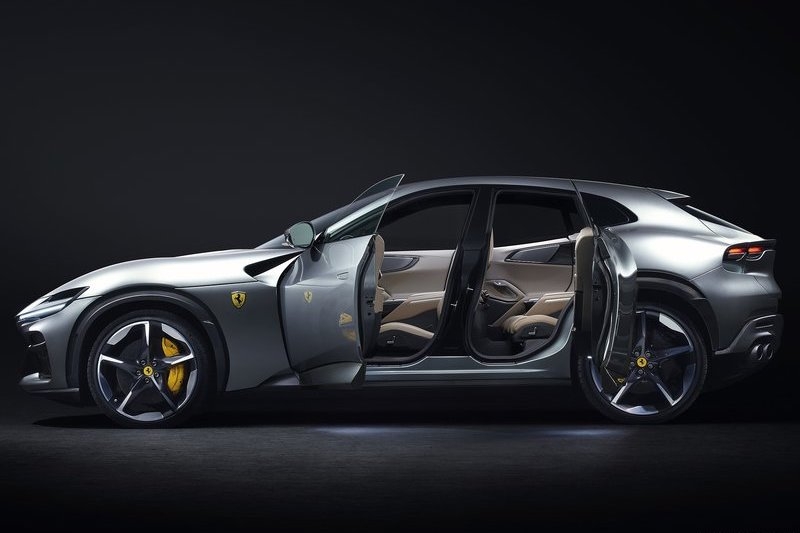 For all the bluster about the performance though, as a four-door model the Purosangue’s key USP is of course, its interior. Once you’ve gotten past the drama of the suicide rear doors (electric closing, naturally), you’re greeted by a cabin swathed in leather and carbonfibre, as well as four individual reclinable seats; Ferrari will not make a version with a three-seater rear bench. 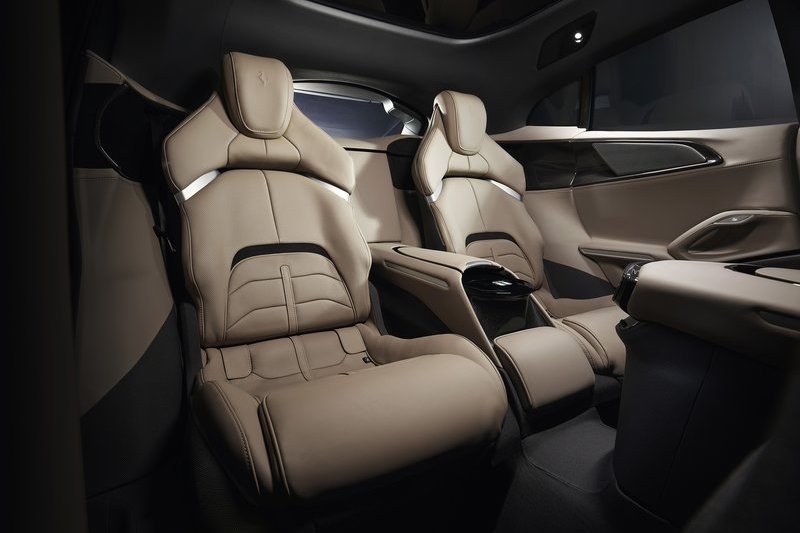 With a 3-metre long wheelbase, there’s plenty of space for all aboard (heck, even the FF and GTC4 Lusso could easily accommodate four 6-footers), but if even more airiness is desired, the standard carbonfibre roof can be replaced with a full-length electrochromic glass one. 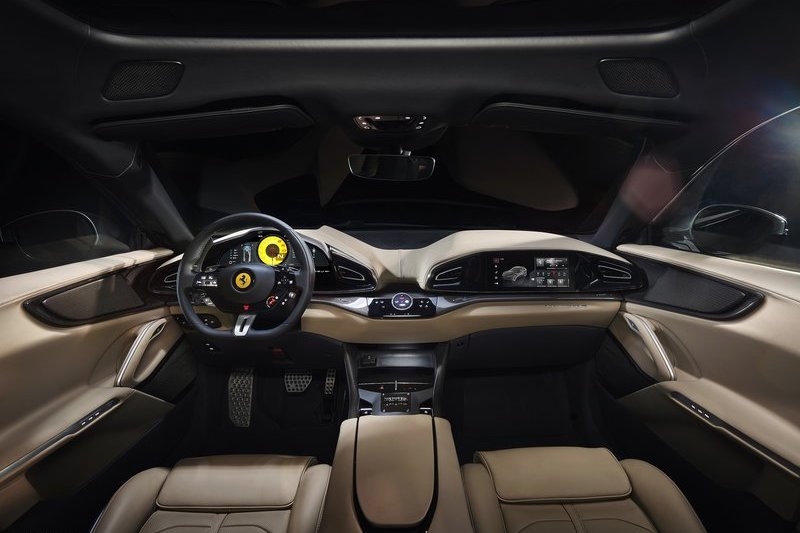 And even as the enhanced seating arrangements allow you to share the Ferrari experience with more people than ever before, the lucky person riding shotgun gets even more special treatment, thanks to a 10.2-inch screen that, in addition to controlling infotainment functions, also allows them to play co-driver as it replicates the driving data shown on the driver’s instrument display. 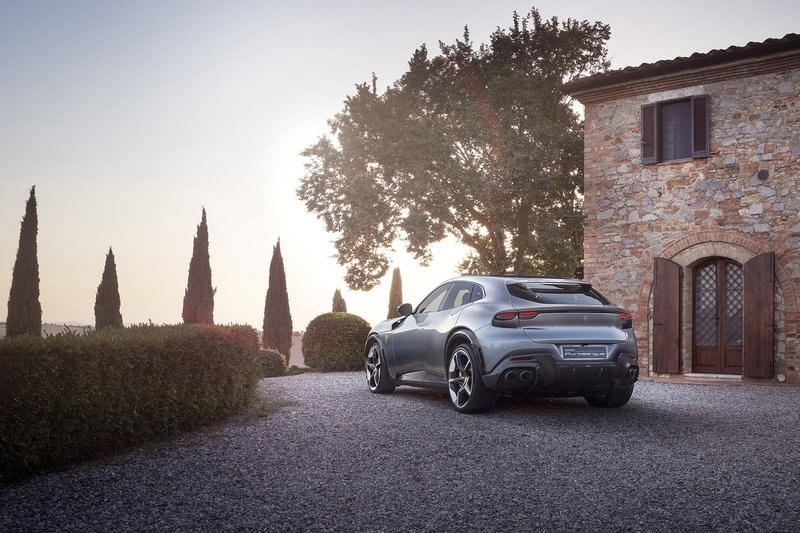 After resisting the siren call for so long, Ferrari’s capitulation to SUV mania surely seems like a smack to the face of the faithful, but in reality we think it’s at least a purer Ferrari than its arch-rival, the Urus, is a Lamborghini. And if the income from this bankrolls the creation of more supercars (and somehow helps bail out the Scuderia F1 team from its current farcical form), then surely it can’t be a bad thing?