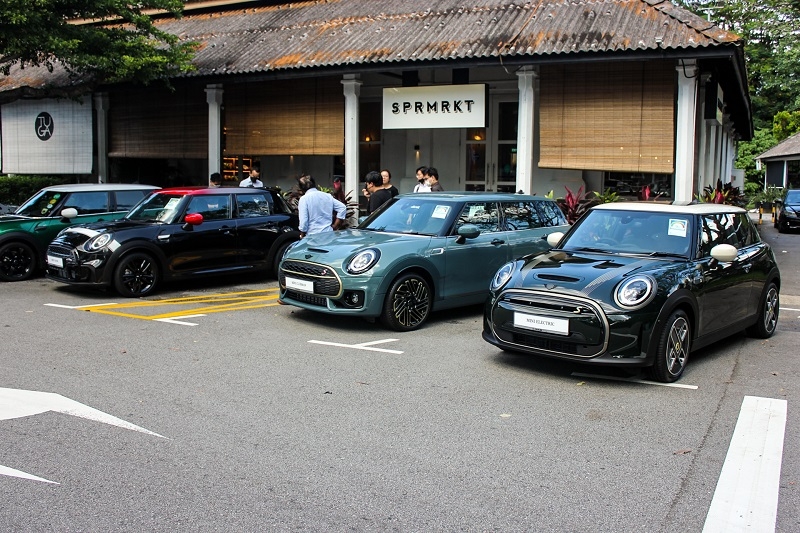 If it feels to you like the current generation of Mini has been around forever, that’s because it pretty much has. First introduced in 2013 and having undergone <i>two</i> facelifts, its replacement isn’t due till late next year, which means its life cycle will be a decade old - well past the usual sell-by date (typically 7-8 years) for a modern car.

That explains why, even in the sunset of the car’s life, the brand has just unveiled special editions of pretty much its entire model range. With no significant mechanical improvements on the horizon for the Mini family, this is a quick and simple way to keep the cars in the headlines and generate some buzz over them.

Paint-and-sticker specials they may be, but that doesn’t mean you should just write them off as just a cynical marketing exercise. 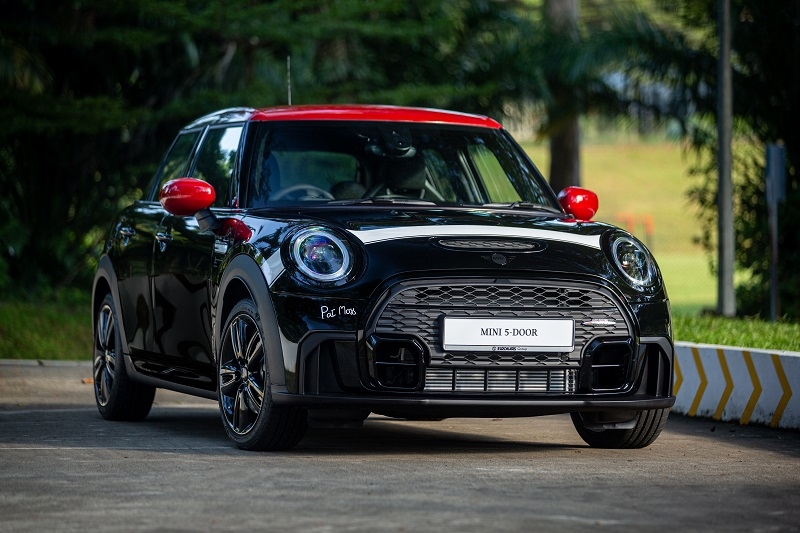 Our favourite of the bunch is this, the Mini Pat Moss Edition, available as a 3-door or 5-door hatch. Just 800 of these will be made worldwide, with 5 of them coming to Singapore. Essentially a boggo Cooper S with John Cooper Works parts, this car celebrates the 60th anniversary of Mini’s first international rallying victory in 1962 at the 2,500km-long Tulip Rally, in the hands of Pat Moss - younger sister to the legendary Sir Stirling Moss. 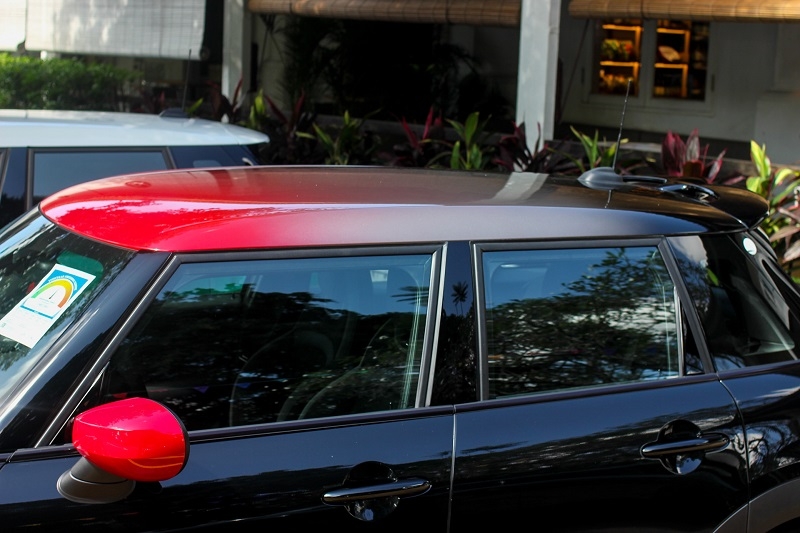 In addition to the JCW's bodykit, 17-inch wheels, and sports seats, this edition also adds a red-silver-black roof and a horizontal bonnet stripe just like on Pat Moss’s car, as well as a bunch of cool details that reference the rally. 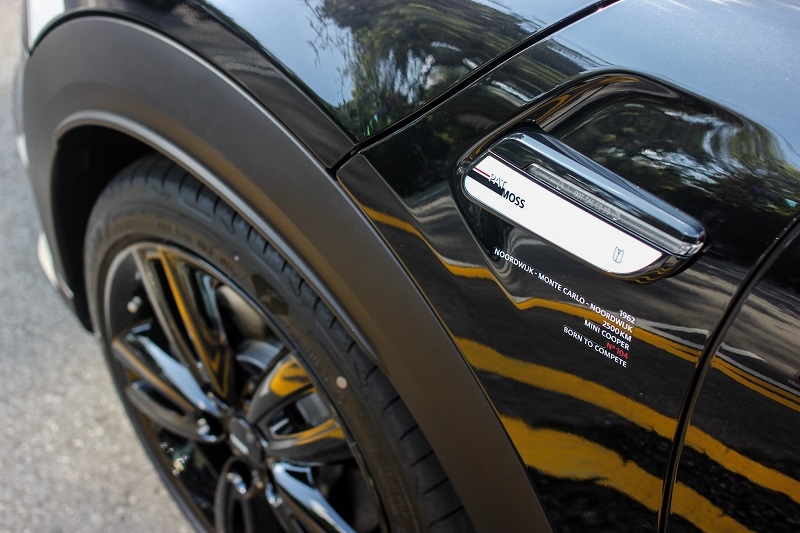 The front fender features info about the rally’s key facts, a stylised tulip motif can be found dotted around the car (including on the floating wheel centre caps), and Pat’s signature adorns the front bumper and dashboard. 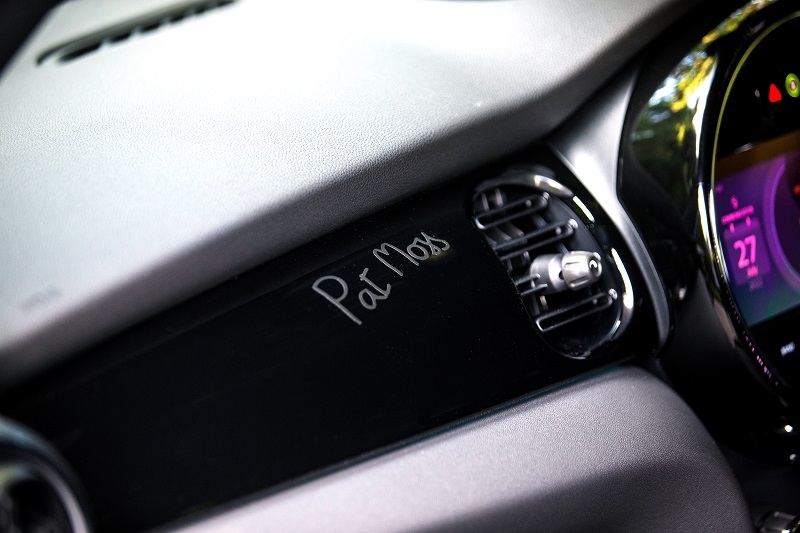 The absolute best thing about this car though, is its backstory. BMW Asia’s press release summed it up perfectly, so I’ll just quote from there:


In May 1962, the classic Mini was added to the list of winners of an international rally event for the first time. In the international Tulip Rally – from the Dutch municipality of Noordwijk to the French Riviera and back again – Pat Moss achieved the best time over the distance in the classic Mini Cooper. Success in the Netherlands turned the classic Mini, Pat Moss, and her co-driver Ann Wisdom into enduring heroines in a discipline otherwise dominated by significantly larger vehicles and at the time entirely the preserve of men. 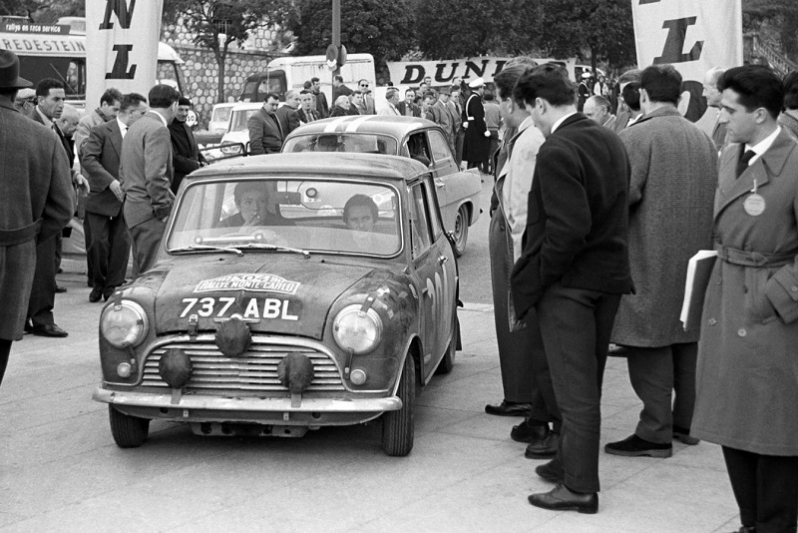 One of the remarkable details of the first rally triumph for the classic Mini is the fact that Ann Wisdom insisted on taking part in the Tulip Rally despite being pregnant: she went on to provide her teammate Pat Moss with unerring navigation guidance over the 2,500 km route. Mossie and Wizz – as they were known in the paddock – formed a successful duo for seven years. The two women had the courage to compete in a male-dominated sport – and they brought about fundamental changes, too. The younger sister of Formula 1 driver Sir Stirling Moss, Pat Moss also won the Sestriere Rally in Italy in 1968, achieved a podium finish in numerous other international competitions, and was crowned European Ladies’ Rally Champion five times. Ann Wisdom is considered the first professional woman co-driver in the history of rallying. As successful sportswomen in their own right, the two viewed their courageous foray into a male-dominated domain with typical British understatement. “We didn’t see ourselves as pioneers back then,” said Ann Wisdom years later. “We were just entering a rally.” 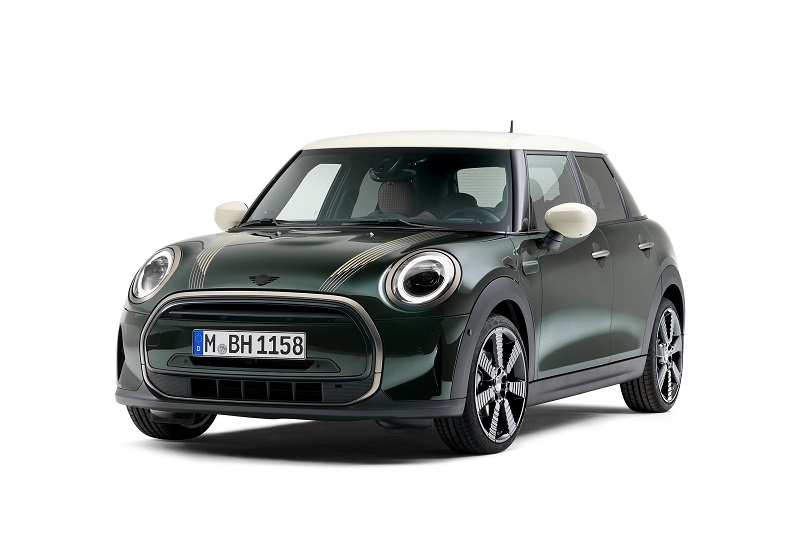 From a tribute to women in motorsport to something a little more traditional - the Resolute Edition. Like the Pat Moss Edition, the Resolute is available as a 3-Door and 5-Door Cooper S, or the 3-Door Electric.

Dark green is as traditional a colour as they come for British cars, and the Rebel Green paintwork (previously exclusive to the high performance John Cooper Works) with white roof certainly fits that bill. 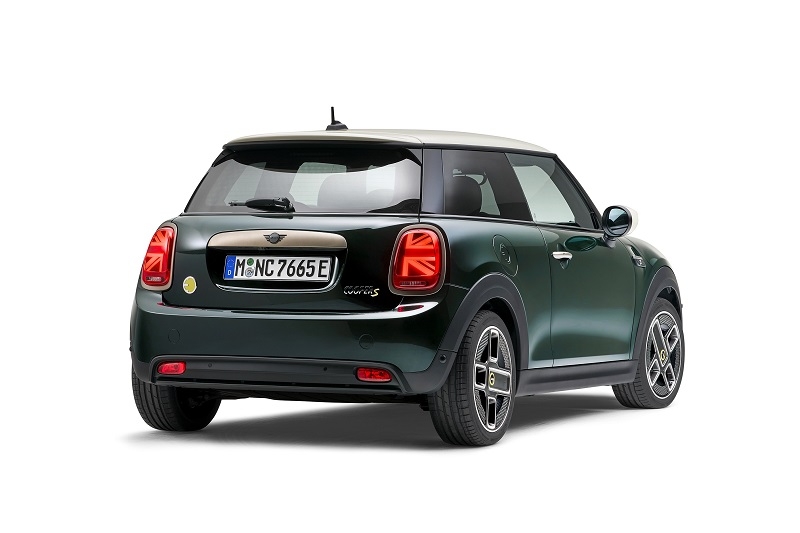 Even more eye-catching are the gold accents (Mini calls it Resolute Bronze, but really, it’s a muted gold), which replaces everything that’s normally chrome on the exterior, like the grille and headlight surrounds, and door and tailgate handles. The Resolute marks the discontinuation of chrome elements on Minis from here on, which the company says is for environmental reasons. 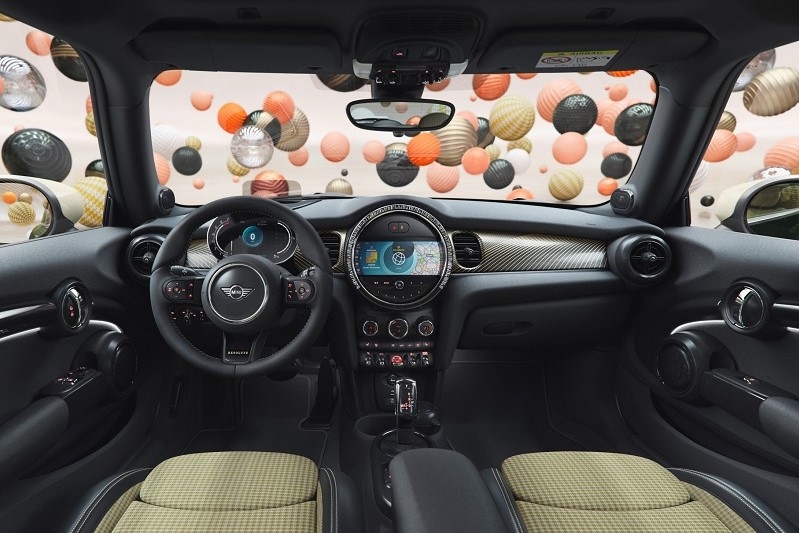 The gold highlights continue on the bonnet stripes as well as the dashboard panels inside. 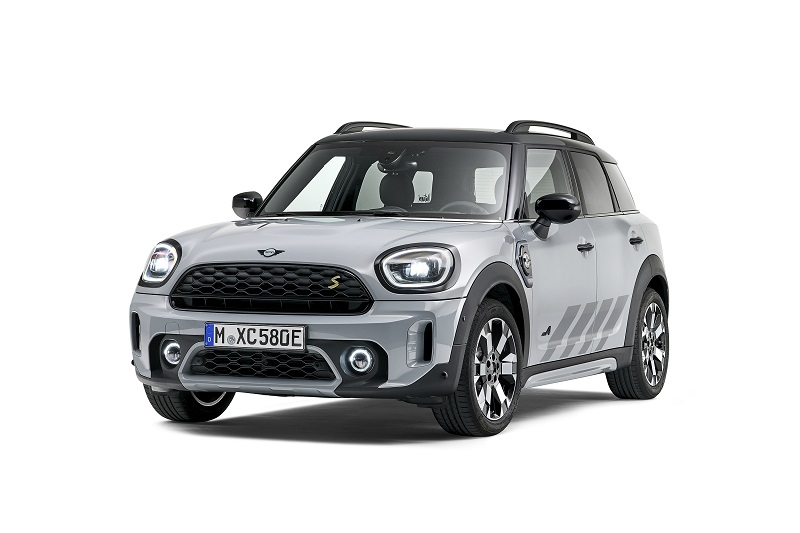 Unsurprisingly, Mini’s “off-roadiest” model gets the most rugged-looking treatment, even if the car itself (like most crossovers) won’t actually take you that far off the beaten track.

Visually, the Countryman Untamed Edition is the least eye-catching of the four cars introduced here, as its Momentum Grey paint is rather on the muted side. Instead you’d be relying on the matte blue side stripes and two-tone wheels to spot this in traffic, the latter looking in particular like the wheels that are popular with serious off-roaders. 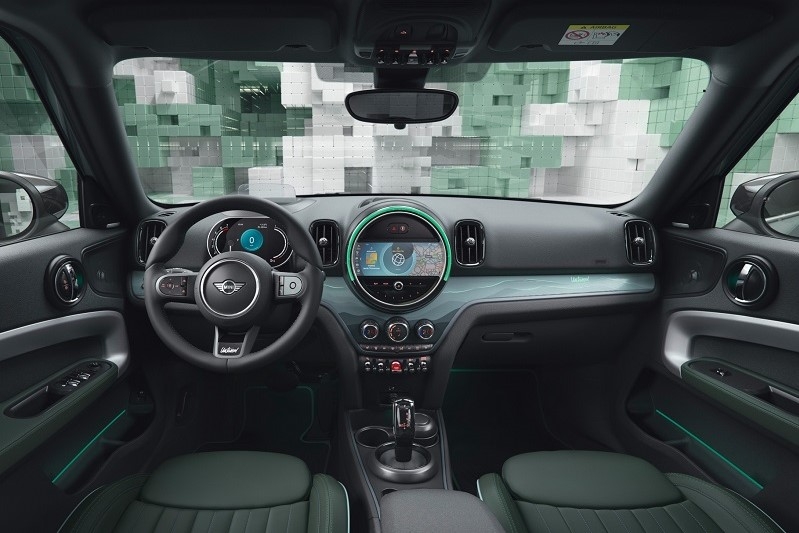 Inside is where the biggest and most appealing changes lie though, with the seats trimmed in an exclusive Highland Green leather with green and blue contrast stitching. 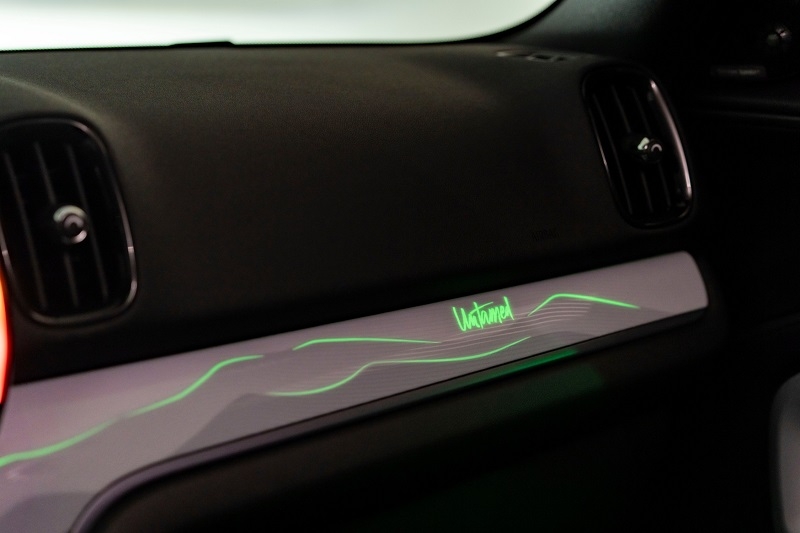 Much of the dashboard trim pieces are painted in the same matte blue as the exterior stripes, and there’s an illuminated Untamed logo with mountain landscape motif ahead of the passenger seat. 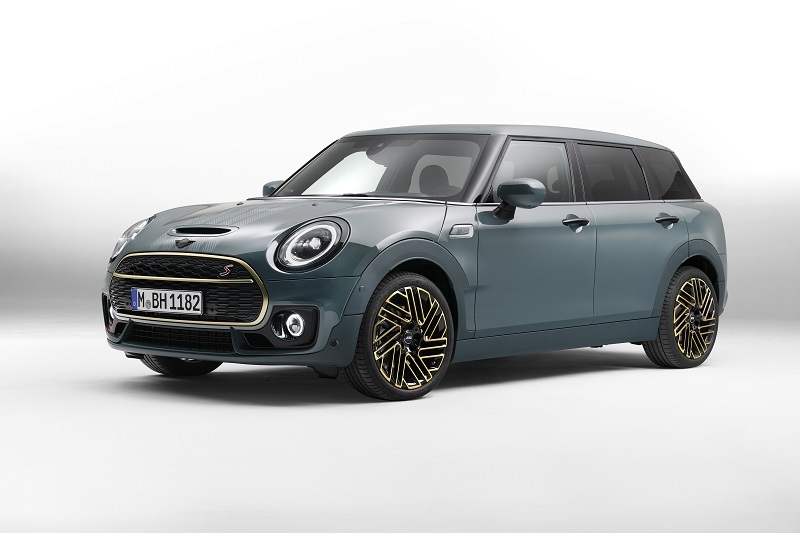 Last but not least is the Clubman Untold Edition, a sportier yet slightly more understated number. Like the Resolute, the Untold sports a green and gold colour theme, although here it’s Sage Green (previously only available on the Countryman) and Refined Brass instead, with the latter making for some particularly classy highlights across the grille, wheels and rear badging. 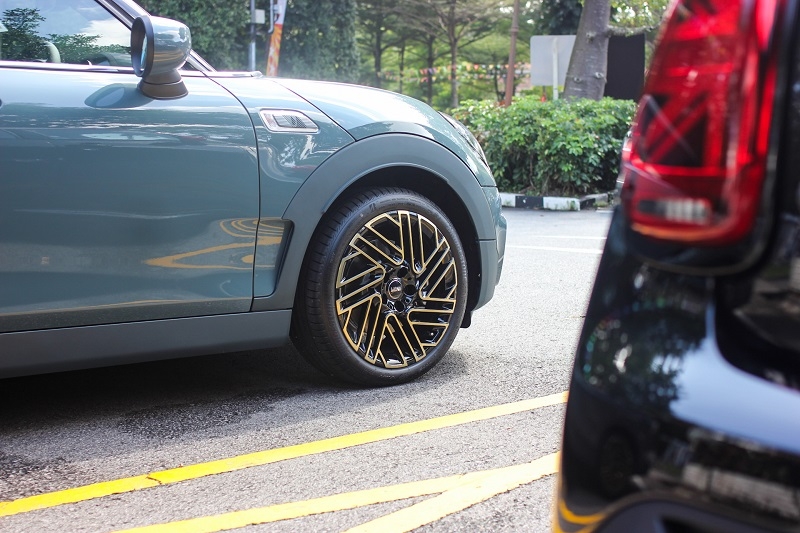 The bumpers meanwhile, are similar (but not identical) to the Clubman JCW, and the cladding down the wheelarches and side skirts are dark green instead of the usual matte black. 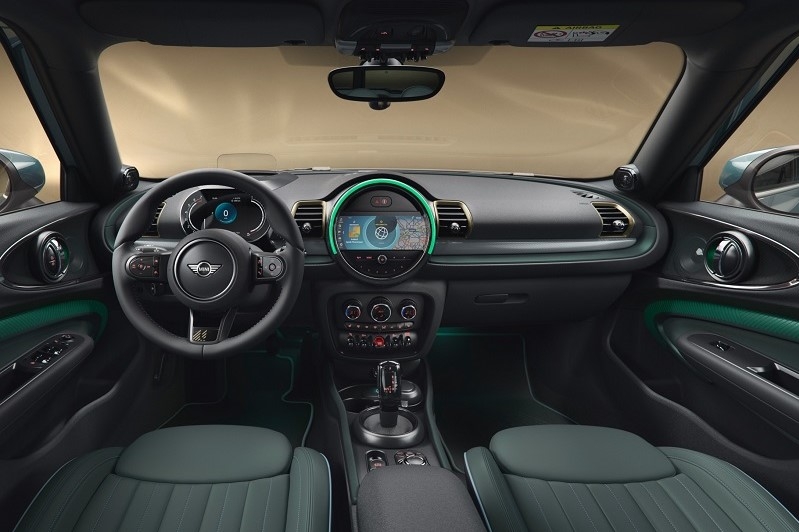 The same colour scheme extends to the interior, with the seats upholstered in Sage Green leather, and Refined Brass for the aircon vents and door sills.

Pricing
As has been the case with many Mini special editions over the years, the Pat Moss, Resolute, Untamed and Untold don’t cost a huge deal more than their standard counterparts despite their exclusive nature and higher equipment count, with the Untamed in particular actually being cheaper.