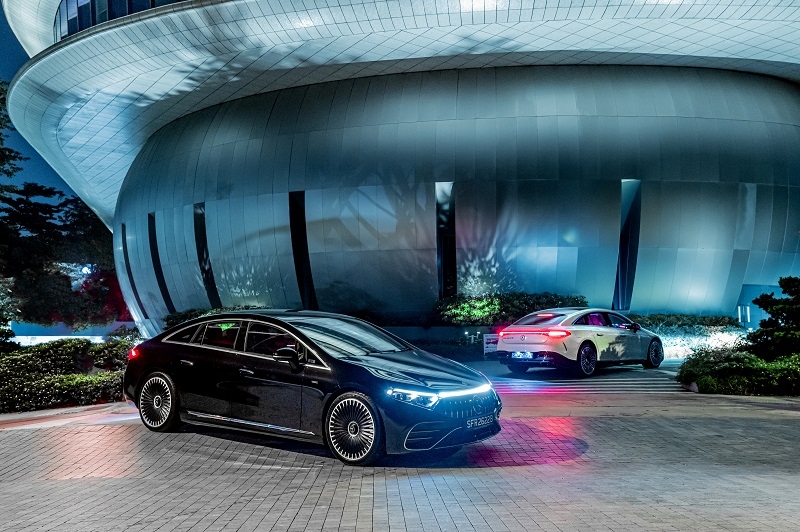 As the company with the biggest model lineup of any car maker in the world, Mercedes-Benz has a competitor in practically every segment imaginable. Yet if there’s one kind of car they’re absolutely known for, it’s got to be their luxury sedans. And with the electric revolution heralding a reinvention of sorts of the entire automotive industry, this has got to be the most important car in Mercedes’s portfolio: the EQS. 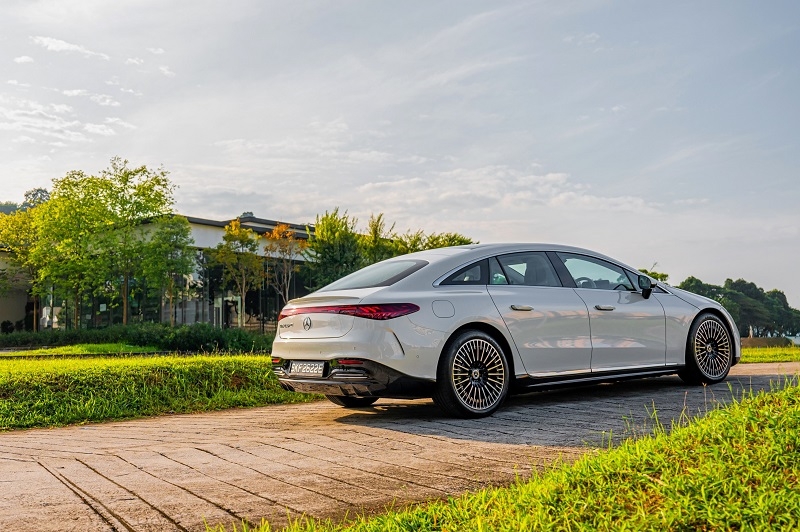 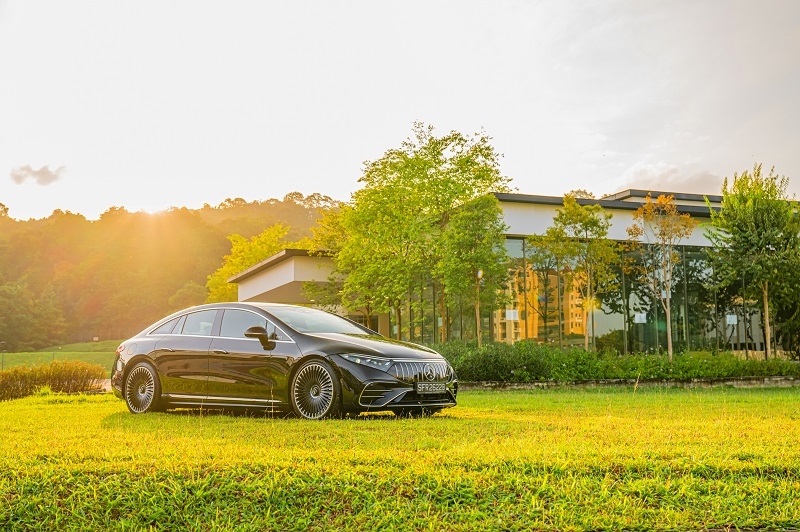 The EQS53 meanwhile, as Mercedes-AMG’s first EV, has a reputation to live up to - its two motors give it all wheel drive, outputs of 650hp and a monster 950Nm, a top speed of 250km/h, and a century sprint timing of 3.8 seconds. However, activate the car’s Race Start mode, and it boosts power up to 751hp and 1020Nm, dropping that timing down to 3.4 seconds. Very impressive for a two and a half-tonne luxury limo designed for mile-munching comfort… 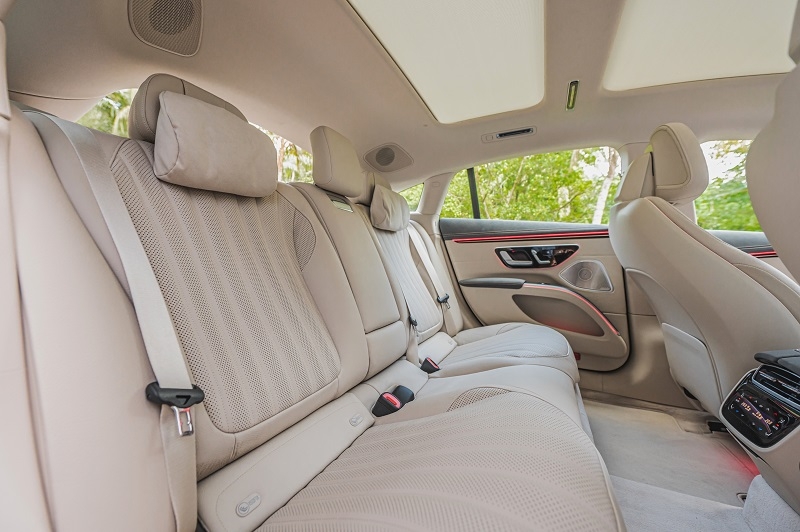 In terms of positioning, think of the EQS as the electric equivalent of the S-Class, although it shares no mechanical relation, and has radically different, more coupe-like styling. Unlike the EQC and EQA, which are electrified versions of the GLC and GLA respectively, the EQS is the first car to be built on Mercedes’s EVA (Electric Vehicle Architecture), a platform dedicated to large EV sedans and SUVs. 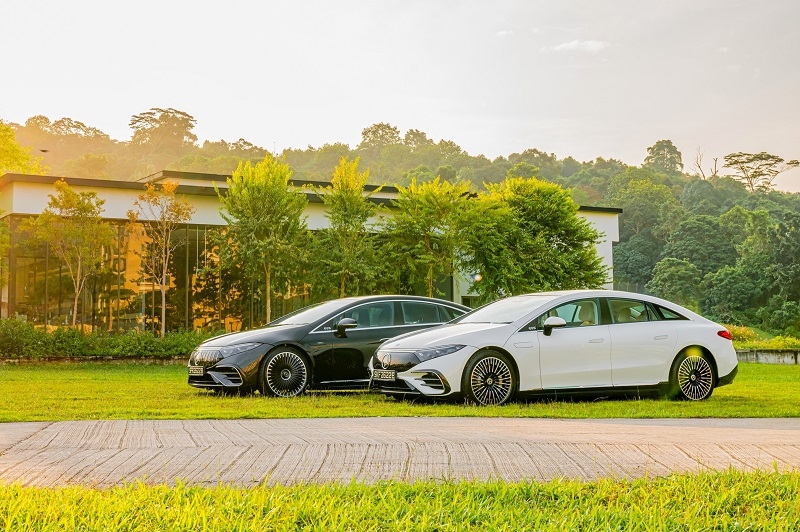 Over its seven generations, the S-Class has been known to be a pioneer for automotive technology, and the EQS is no different. Among its highlights are a number of industry-leading figures: it’s got the longest range of any production EV at the moment (up to 762km for the EQ450+), and it’s the most aerodynamic road car ever made, with a drag coefficient of just 0.20Cd. 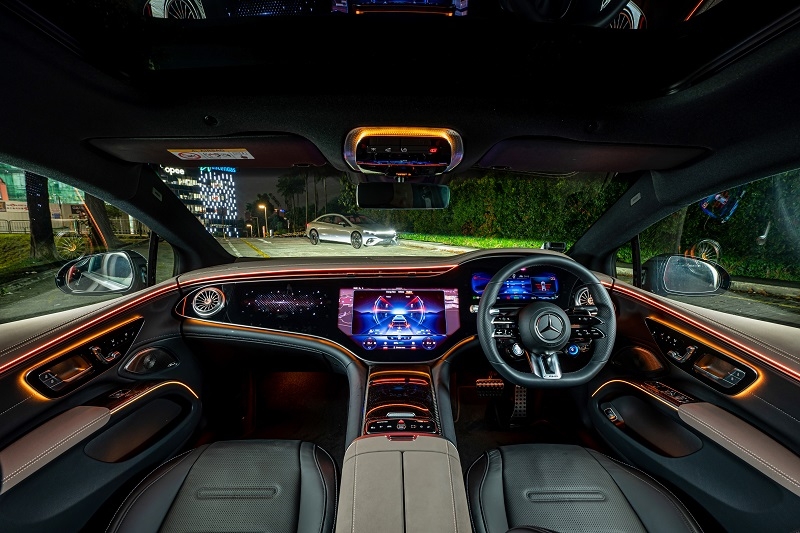 It’s also got the largest screen ever fitted to a car, a 141cm dashboard-spanning behemoth dubbed the MBUX Hyperscreen, and incorporates under a single piece of glass not just the main central infotainment touchscreen, but also displays for the driver and passenger. 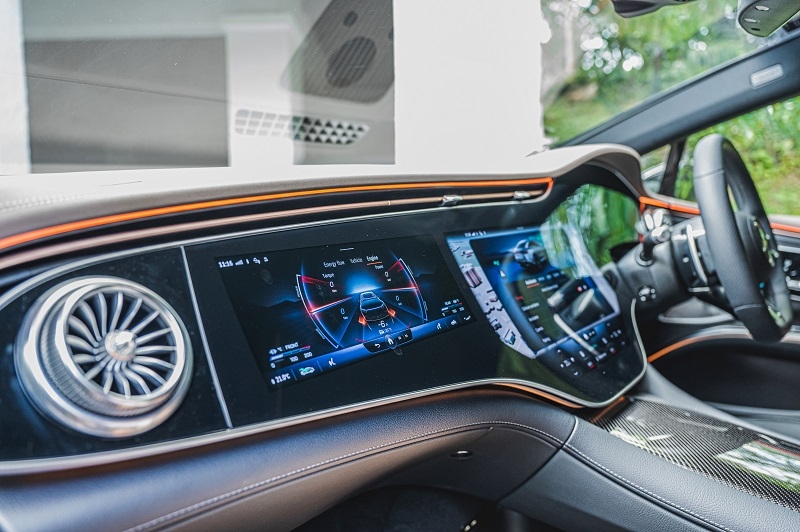 The hardware for this feature alone includes 8 CPUs and 24GB of RAM, and can be controlled by context-sensitive haptic touch or intelligent voice control. 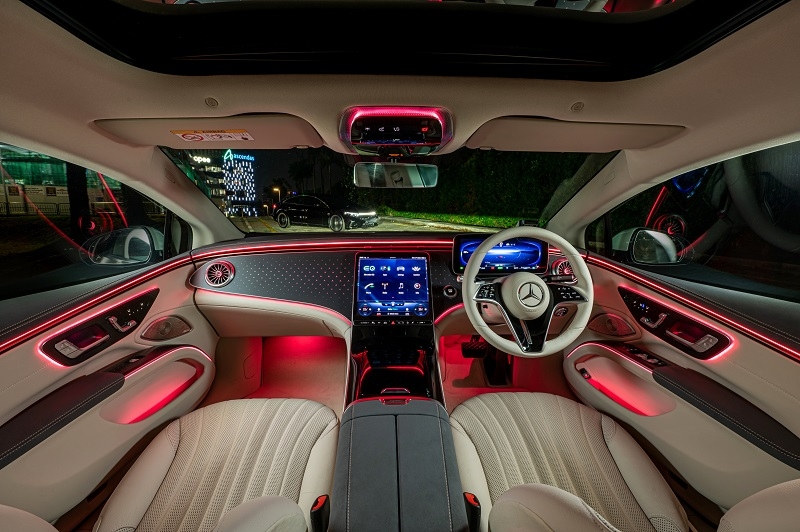 Of course, this dramatic feature isn’t standard for every EQS; only on the range-topping AMG EQS53. On the EQS450+ it’s a (presumably very pricey) option, and without the Hyperscreen, the conventional 12.8-inch touchscreen from the S-Class is fitted instead. 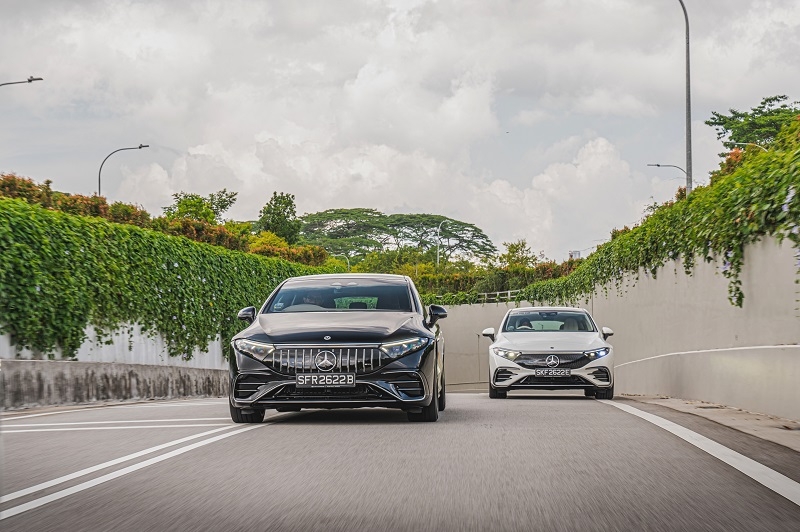 Other tech highlights include rear-wheel steering with up to 10 degrees of articulation for super tight maneuverability, a Sound Experience with specially crafted background noises depending on your driving mode or style, self-closing doors, and a Power Nap function that “ensures a sleep-promoting atmosphere” by reclining the seat, rolling up the windows and blinds, adjusting the air-con and air purifier, and playing soothing sounds through the speakers, so that drivers can recharge themselves while they’re recharging their cars. 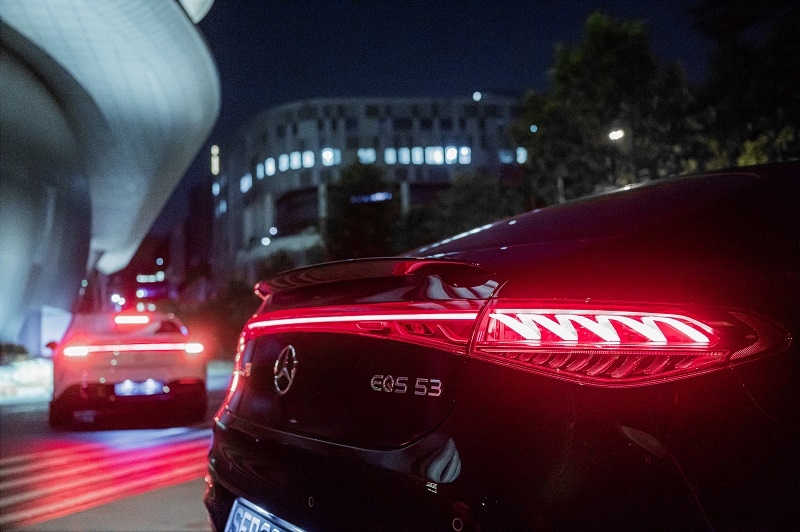 The Mercedes EQS’s arrival in Singapore coincided with that of the new 5th-gen Range Rover, and ahead of the new G70-gen BMW 7 Series and i7 later this year. Even despite the sky-high COE prices, it looks like luxury car buyers here will be spoilt for choice for their next cosetting set of wheels.