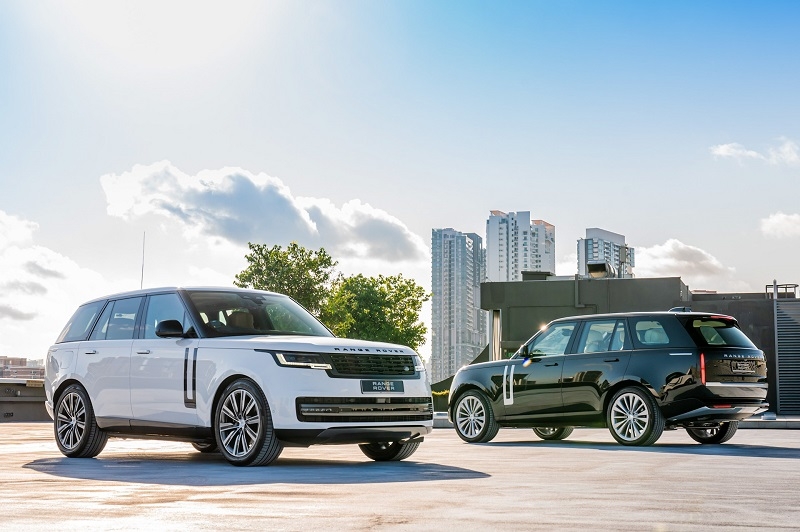 The new Range Rover is the ultimate luxury SUV. Here's why.

The latest version of the SUV that started it all is now on sale here, starting from S$765k.

In the ‘80s and ‘90s Land Rover used to have a marketing tagline "The Best 4x4xFar". That motto hasn't surfaced for quite a number of years now, but the company should perhaps consider reviving it, because on first impressions, that suits the new Range Rover to a T.

Jaguar Land Rover Singapore has just launched the new fifth-generation Range Rover in Singapore, with prices starting from S$765,999. That’s a pretty punchy figure (even for a brand new luxury car) until you realise that a top-spec model could easily cost you seven figures - but more on that later. 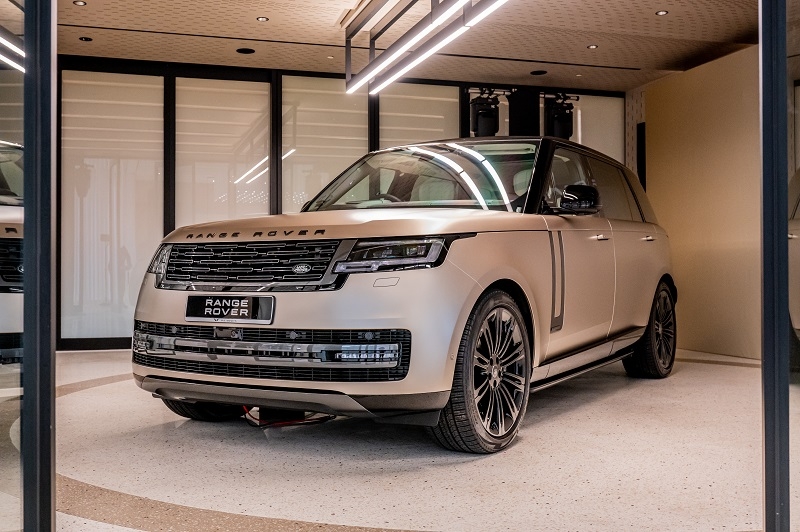 If you’re looking to add a new Rangie to your garage, you’ll have a fair bit of decision-making to do, as there are a multitude of permutations available for the engine, body, seating, and trim. 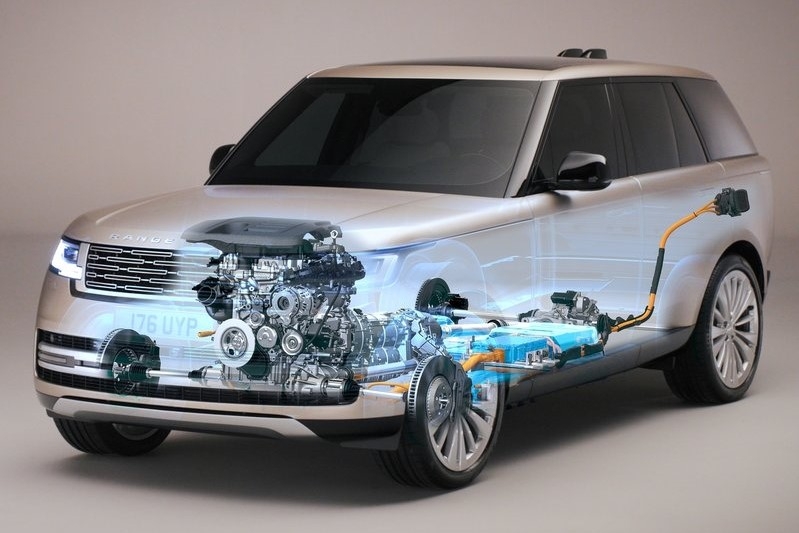 Powertrain options begin with JLR’s Ingenium 3.0-litre straight-six with varying degrees of electrification. Currently the mild hybrid P400 is on sale, with JLR Singapore aiming to bring in the plug-in hybrid P440e and P510e by the end of 2022. Later on, there’ll be the flagship P530, using a BMW 4.4-litre V8, and then in 2024 the world’s first Range Rover EV will be introduced. 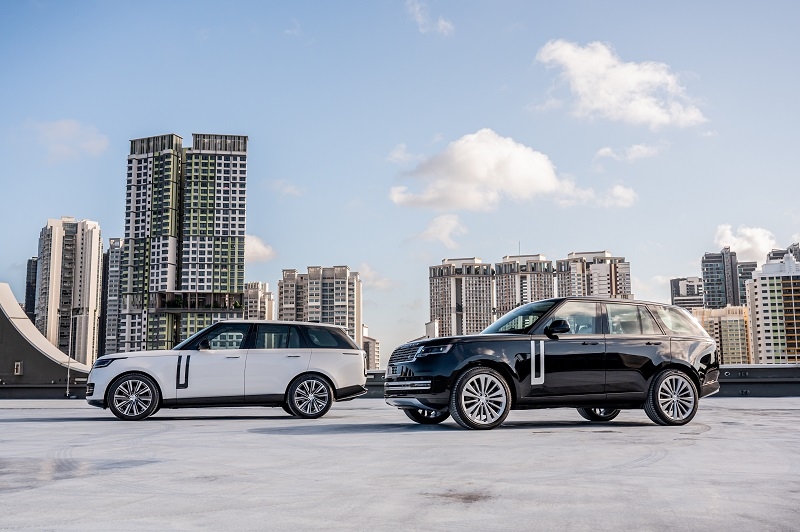 There are two wheelbase options, with a 200mm difference between them that’s entirely devoted to rear passengers, and three seating choices. 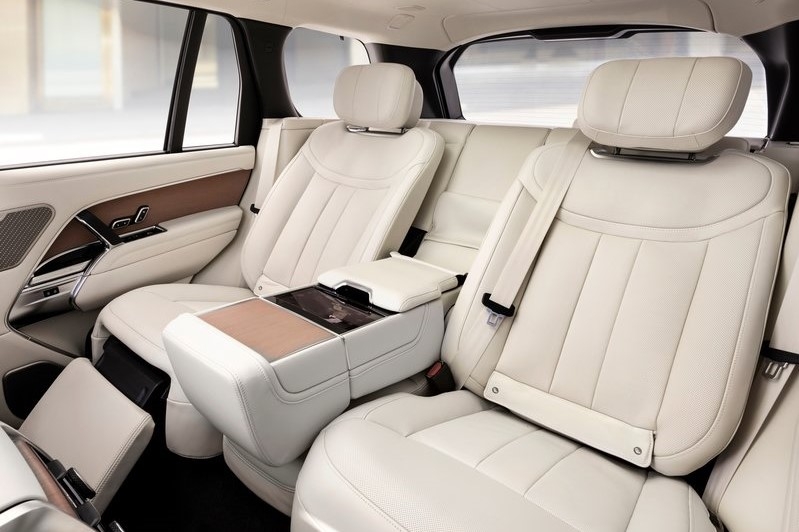 The standard 5-seater has a fold-down armrest that contains a tablet which controls seat adjustment, rear infotainment screen, climate and other functions, while a 7-seater version is the first ever for a Range Rover (previously only available in the Range Rover Sport). 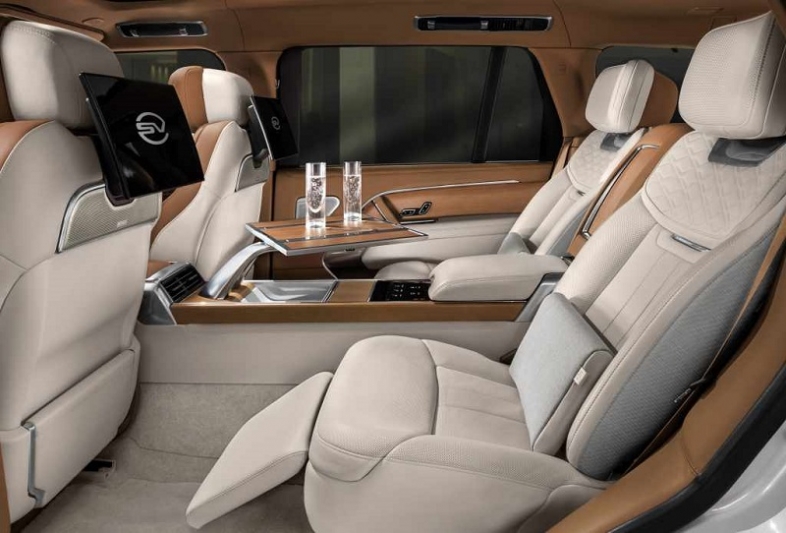 The final, 4-seater option features a full-length centre console housing an electrically-powered fold-out table and a refrigerator, and is exclusive to a flagship variant called the Range Rover SV. 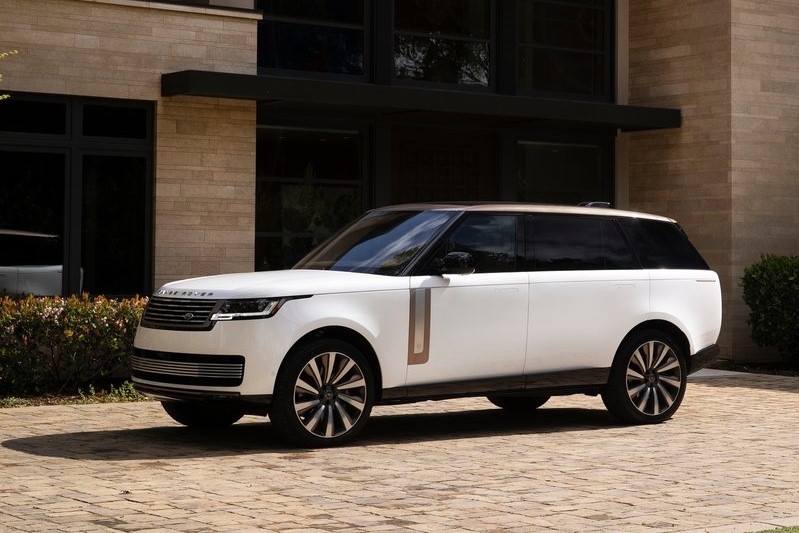 This range-topper by JLR’s Special Vehicle Operations boosts the luxury levels through the roof, with a host of exclusive customisation and personalisation options that include unique paint and upholstery colours, various plated metal, ceramic (below), or sustainable wood trims, and soft near-aniline leather or sustainable non-leather Ultrafabrics. 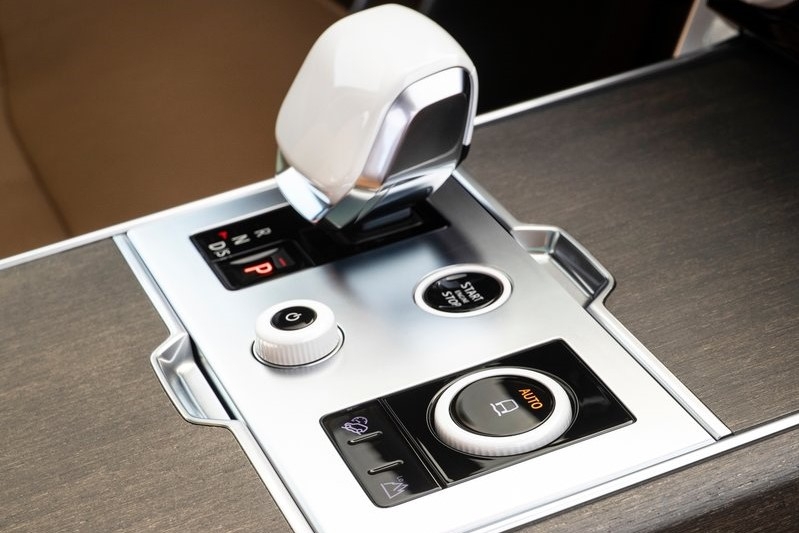 No matter the model, all Range Rovers get a comprehensive host of hardware and tech features that enhance the experience of being in the car. On the inside there’s active noise cancelling speakers integrated into the headrests of the 24-way electric seats, and the 13-inch touchscreen runs on JLR’s impressively intuitive Pivi Pro infotainment system, which apparently can have 90% of its functions accessed within two button taps. 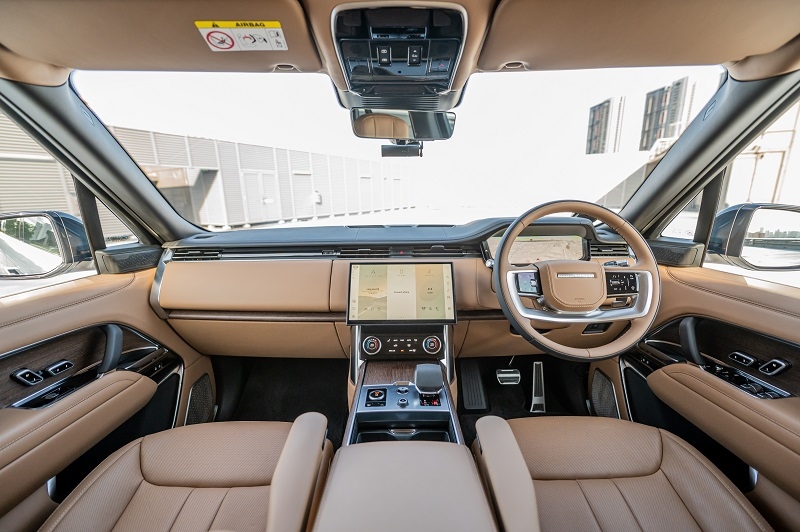 Meanwhile, all-round air suspension that can pre-emptively react to the road ahead will surely make for a cosetting ride (even on the largest 23-inch wheel option), and standard rear-wheel steering means even the Range Rover LWB has a tighter turning circle than a Range Rover Evoque! 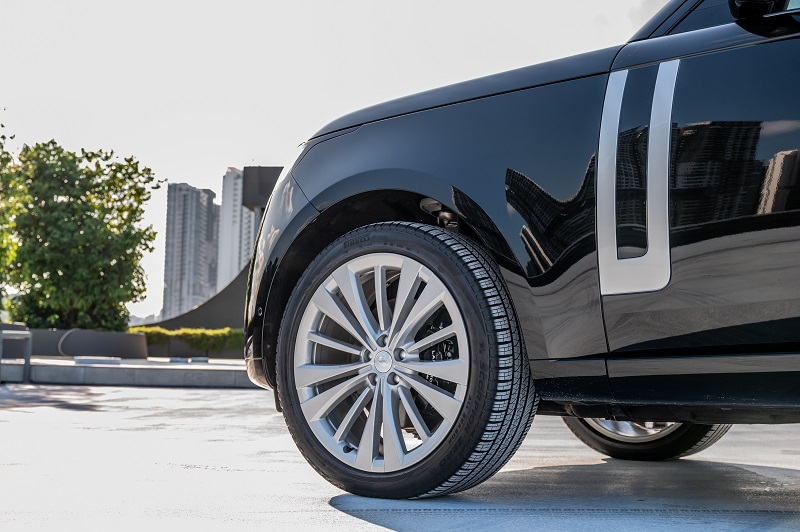 The new Range Rover is possibly one of the most important luxury cars we’ll see, if not for these few years, then certainly for 2022 at least. As the car that birthed the very concept of a luxury SUV, it’s kind of the standard bearer for the segment. And with Rangie generations lasting as long as they do (remember, this is only the 5th one; the 3rd and 4th gens were in production for a full decade each), the pressure to get it right is probably higher than most rivals. 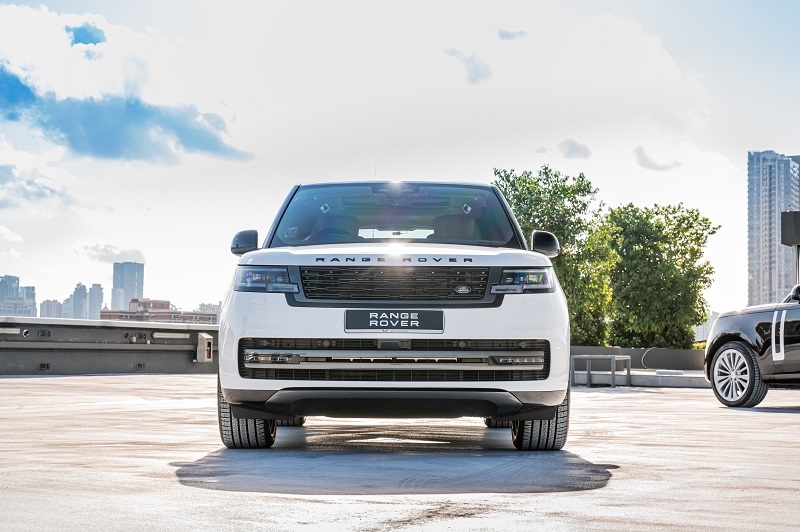 That’s why so much effort and attention has been put into the car’s development. So although the styling looks similar to the outgoing car at first glance, a closer look reveals it’s really a cleverly executed cleaner and more restrained approach to design. 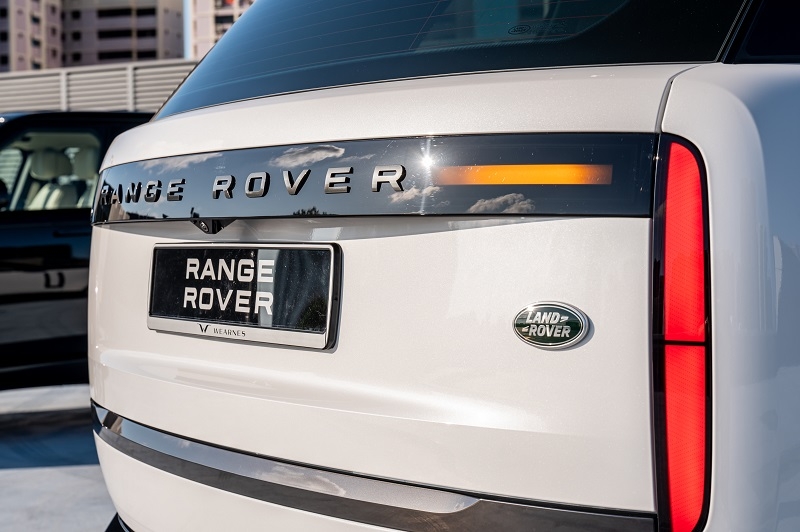 Simple lines and plain surfaces combined with razor thin shutlines and clever detailing result in a very smooth and solid look, like an automotive monolith. Land Rover is keen to point out how flush and seamless everything looks, for example the taillights hidden in the rear-end graphic, or the way the glasshouse meets metal bodywork at a 90deg angle without a window frame or weather strips. 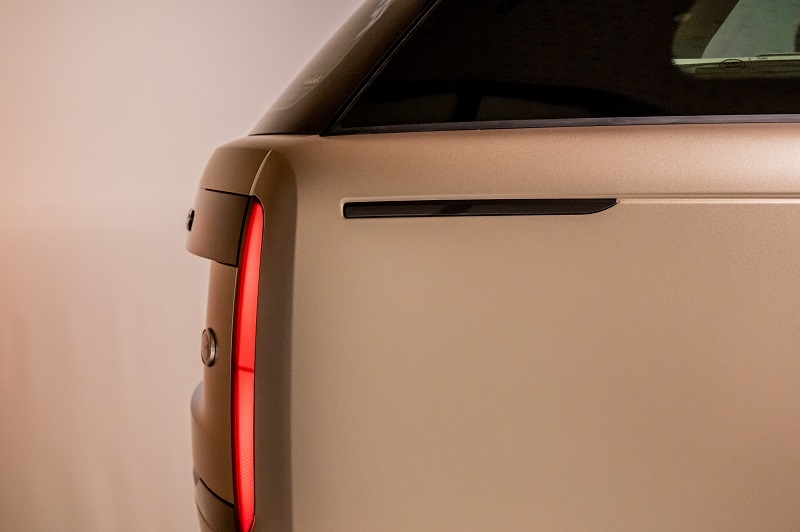 It’s a philosophy the company terms “reductive design”, and it’s intended to buck the trend of fussy or ostentatious styling that characterises some rivals, ensuring the Range Rover will be a car for the ages rather than just for the moment. 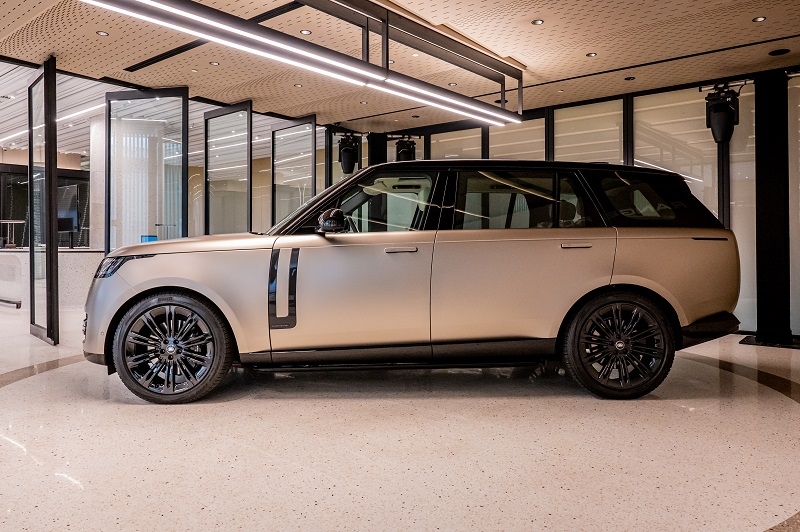 That’s an important distinction for the Range Rover to have, because though it’s always been the benchmark for the luxury segment, the fact that everyone makes an SUV now means there’s now simply more competitors for it to stand out against. Luckily, the new Range Rover feels on first impression like it delivers a level of luxury that surpasses obvious rivals like the BMW X7 and Mercedes GLS, and its $765k price tag reflects this. 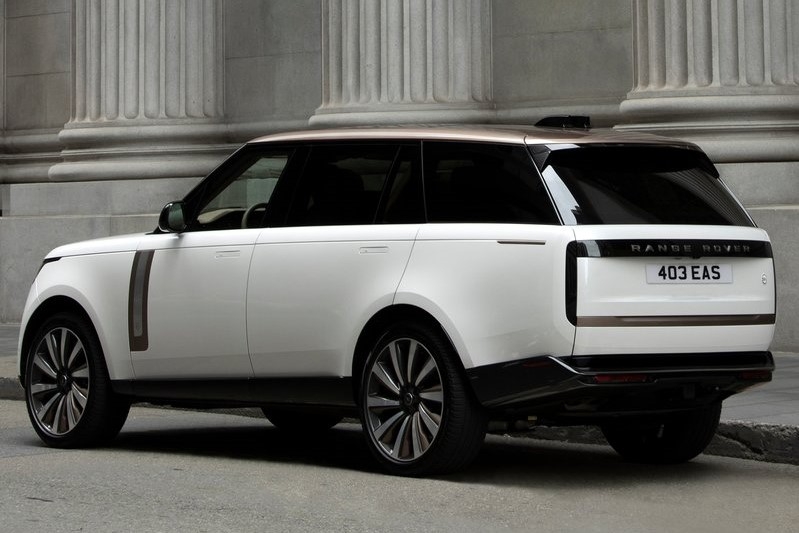 But Land Rover’s ambitions for the Rangie don’t end there - the Range Rover SV is almost certainly going to be a S$1 million+ car (especially after some choice personalisation), and the company has the likes of the Bentley Bentayga, Mercedes-Maybach GLS, and even the Rolls-Royce Cullinan firmly in its crosshairs. The best 4x4xFar? Even in this stratified company, it might very well be.