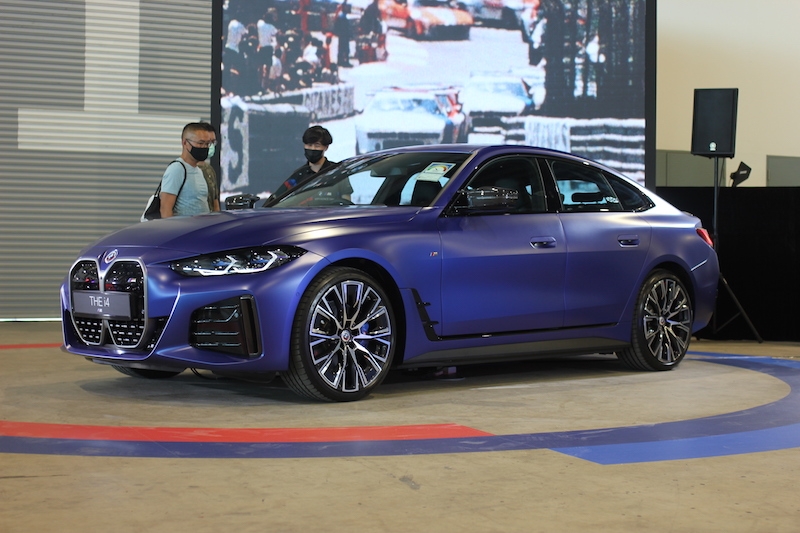 BMW i4 M50 launched in Singapore

BMW is a brand famed for its racing exploits and sports saloons and coupes, yet for its second coming in the electric age, its charge was initially led by a couple of SUVs. Where was the performance? Where was the sporting character BMWs are known for?
Well, it’s finally arrived. Say hello to the BMW i4 M50, M division’s first-ever EV, which is now available in Singapore.

Ok, so it isn’t a full-fat M car like the M3 or M5, but rather a warmed-over M Performance model, like the M340i and M440i. Hence the double digit number in the M badge, and the demure bodywork.

Still, with the ease with which electric drivetrains develop power, the i4 M50 is the brawniest model in the 3/4 Series range… For a very short while at least. One of its driving modes is called Sport Boost, which unlocks the car’s full 400kW/544hp and 795Nm of torque for up to 10 seconds at a time, a fair bit more than the M3 and M4 Competition’s 510hp and 650Nm. Otherwise, the i4 M50 normally puts out 350kW/476hp, and 730Nm. 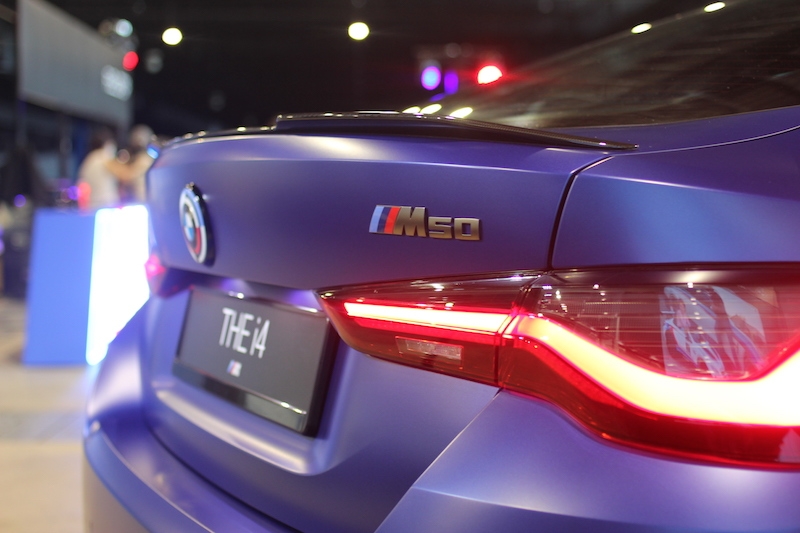 It’s a bit of a gimmick to generate a headline-grabbing figure, yes, but given that the car will do 0-100km/h in 3.9 seconds, 0-200km/h in under 13 seconds, and max out at an electronically-governed 225km/h, those 10 seconds or less are pretty much all the performance you’ll be able to access anyway.

Like nearly all recent M cars, the i4 M50 is all-wheel drive with a rear bias, with a larger motor on the rear axle that predominantly powers the car, and a smaller one on the front axle kicking in when more thrust or traction is required. One interesting function of this that the car can vary the outputs of the two axles to suit the dynamic situation, without annoying intervention from the traction control. 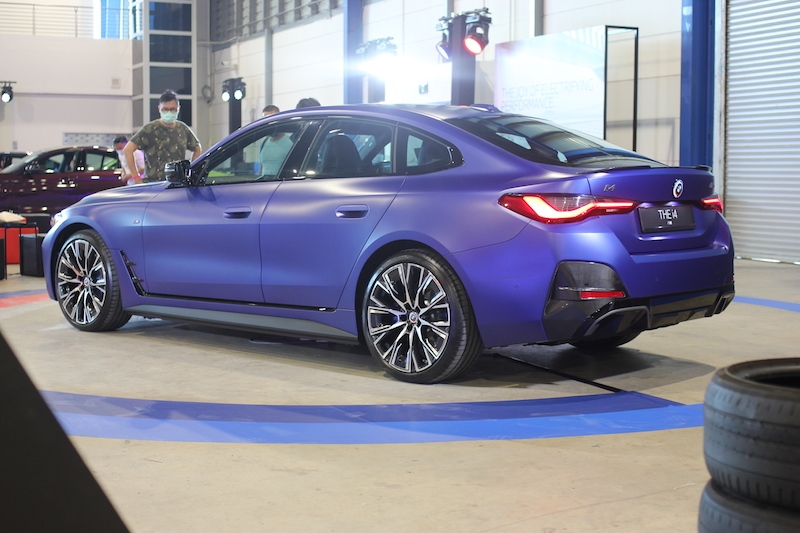 Maximum range on the i4 M50 is 521km, courtesy of an 80.7kWh battery sitting underneath the floor. That’s the same battery capacity as the standard i4 eDrive40, but due to the extra motor and power, its range is about 70km shorter.

The M50 also weighs in at a very porky 2290kg, and to counter that, comes with stiffer dampers up front, air suspension at the rear, specially tuned anti-roll bars, and a strut tower brace across the front end. 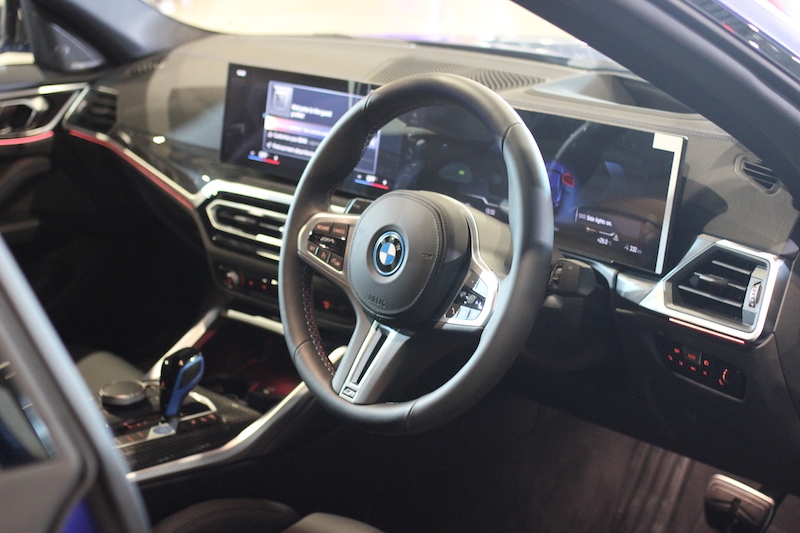 In addition to its standard guise, in recognition of BMW M’s 50th birthday year the i4 M50 is also available in a “50 Jahre” edition (as seen in these pics), which comes with frozen Portimao Blue paint, commemorative white-based BMW Motorsport roundels, carbonfibre trim pieces inside and out, a glass sunroof, and 20” wheels. The i4 M50 costs S$412,888 with COE, while the 50 Jahre edition costs S$441,888. 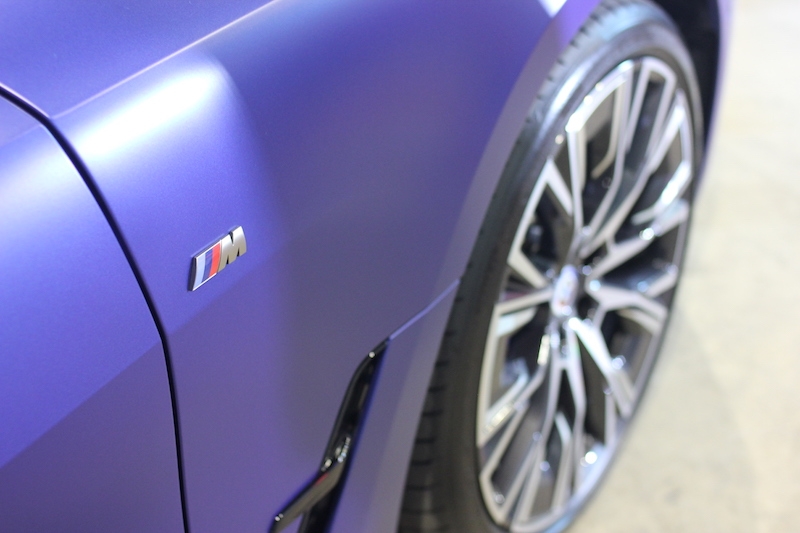