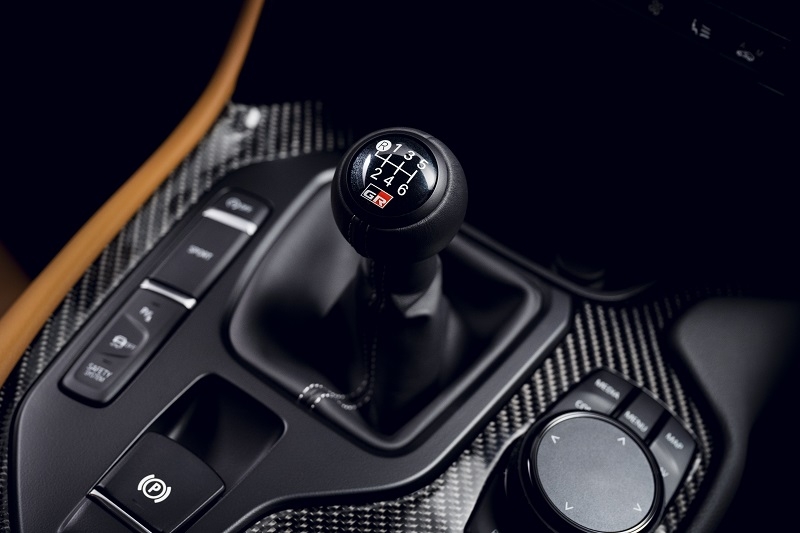 The long-rumoured manual transmission Toyota Supra finally breaks cover. Question is, will it come to Singapore?

Part of what makes Toyota such an awesome company at the moment is how in-touch it is with its customers. Many car enthusiasts care about the #savethemanuals movement, and Toyota is certainly a patron. Its GR Yaris, GR86 and GR Corolla are all come as a stick-shift, and now after three years, the GR Supra finally gets its own six-speed manual.

We mused a couple weeks ago about exactly which variants of the Supra would get the stick, and now we have our answer. Unfortunately despite the 2.0L Supra’s B48 four-cylinder engine being sold with a manual in some of BMW’s 30i models, that won’t be repurposed for the Toyota Supra. Instead, the new manual will only be available on the 3.0L version. 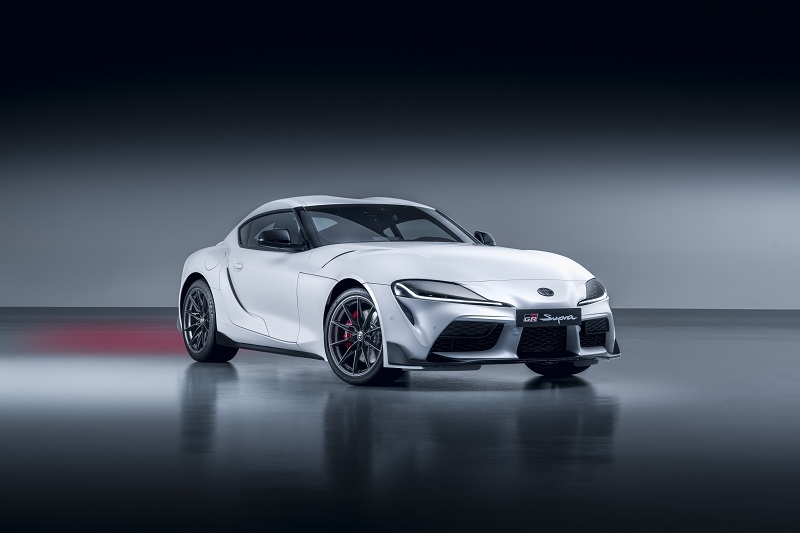 The company’s put in real effort too; in its press release Toyota says its engineers developed a whole new transmission and clutch just for the car, rather than reviving the unit that was paired with previous applications of the BMW B58 six-cylinder engine found under the Supra’s clamshell bonnet. 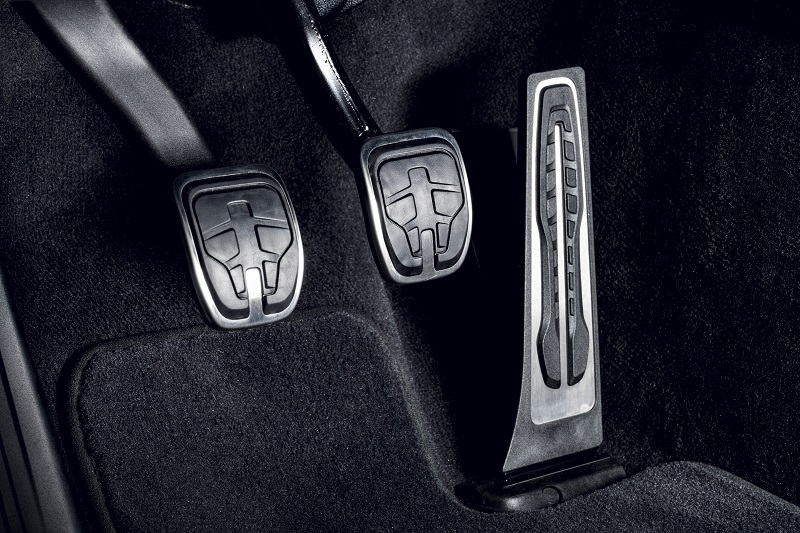 Like the Yaris, a selectable iMT (intelligent Manual Transmission) programme features in the Supra, which takes care of rev-matching for you if you haven’t yet developed the fancy footwork required for the perfect heel-and-toe gearchange. Meanwhile, to compensate for the different gear ratios of the six-speed manual compared to the eight-speed auto, the final drive ratio has been shortened from 3.15 to 3.46. 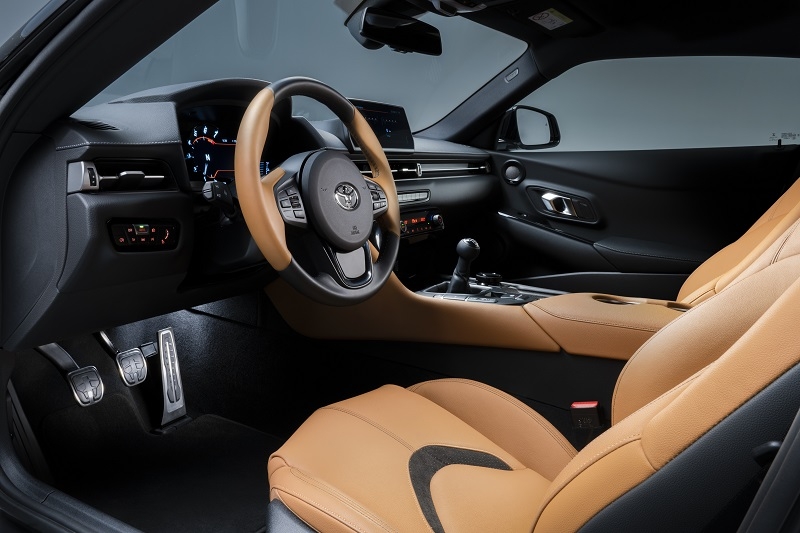 In order to accommodate the manual gearlever, the centre console has had to be redesigned. The shifter’s position was moved backwards to ensure a comfortable 4cm of clearance to the air-con controls, the drive mode buttons have been relocated, and the large leather/carbonfibre panel that serves as the driver’s knee rest has also been cut down for better ergonomics. The whole arrangement is crowned with a weighted GR-branded shift knob, with special care being paid on perfecting the feel of the shift action. 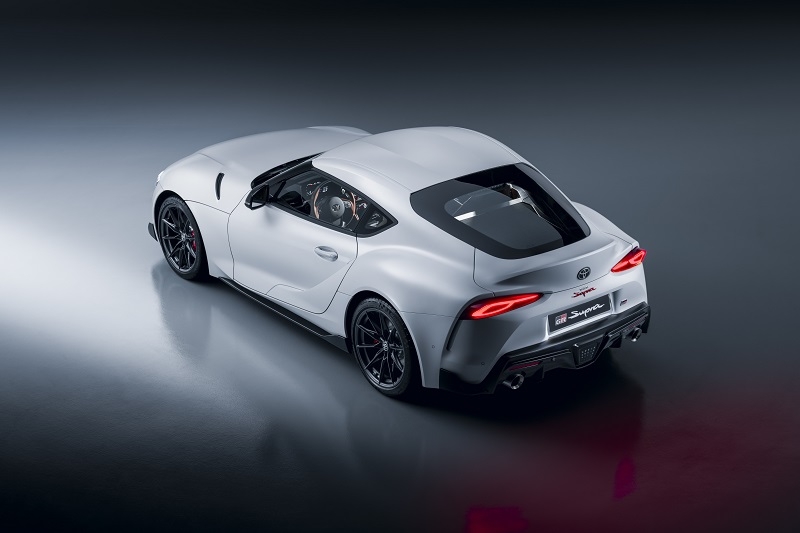 The new gearbox option is part of a wider raft of changes for the Supra from model year 2023 onwards, all aimed at making the Supra more fun to drive. 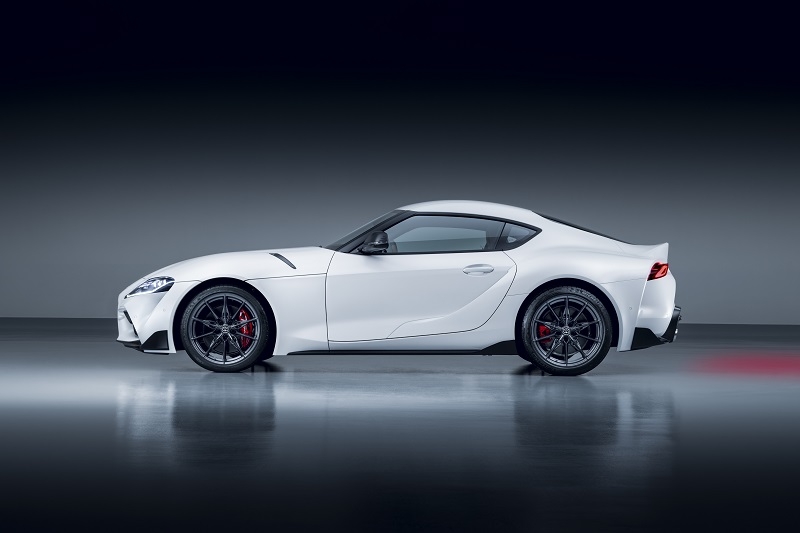 Mechanical updates include suspension that has been retuned for improved roll balance and ride comfort, as well as stiffer rubber for the anti-roll bar bushings and tweaked power steering settings for a more connected feeling with the car. 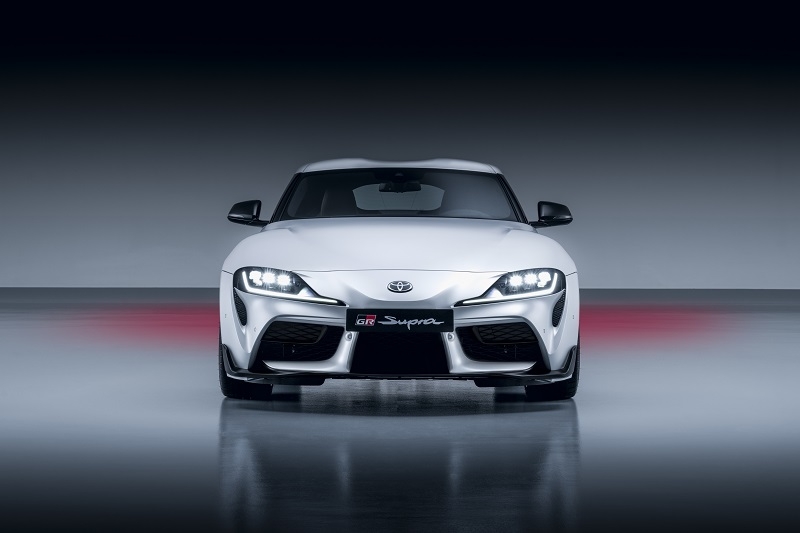 More excitingly, the traction and stability control programmes have also been recalibrated to make the Supra easier to drift, both in the car’s Track driving mode, as well as in a new “Hairpin+” function. 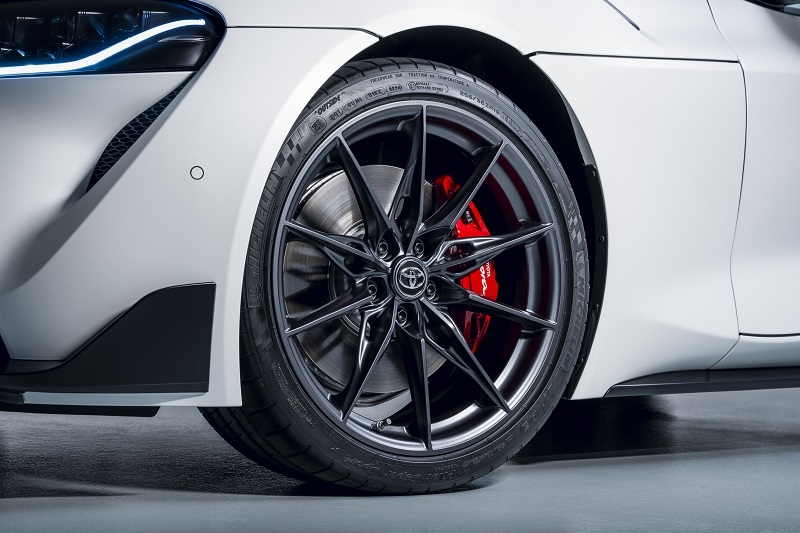 Finally, a new stripped-down GR Supra Lightweight model is being introduced for the purists. Compared to the standard 3.0L automatic variant, the Lightweight sheds 38kg thanks to forged wheels in the same style as the GR Yaris’s and GR86’s, a simpler audio system, and deletion of the seats’ leather upholstery and electric controls. 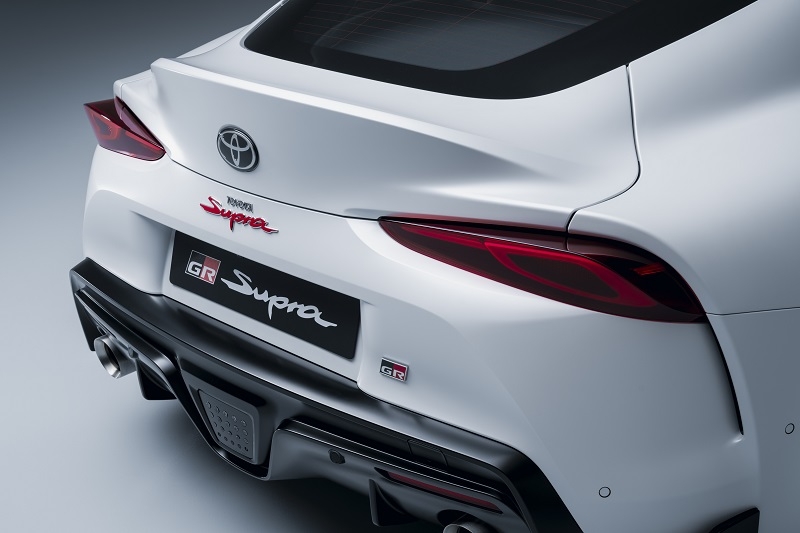 Sadly at time of writing, Singapore Toyota agent Borneo Motors hasn’t been able to confirm if the manual Supra and the Lightweight model (nor the GR Corolla) are destined for our shores, nor if we’ll be getting any additional GR Yarises beyond the 22 officially brought in last year. The only confirmed Gazoo Racing-based news is that the GR86 will be arriving here in Q3 2022.