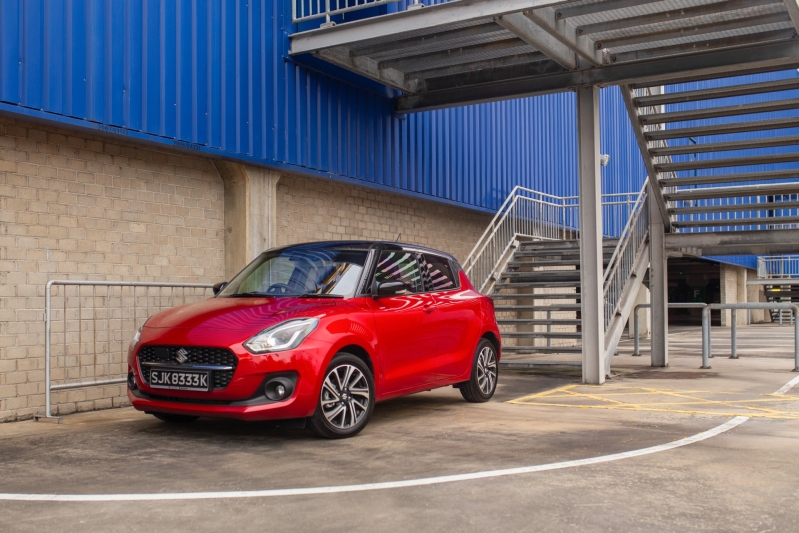 The perenially popular Suzuki Swift gains a tiny bit of hybrid power, but it is the lively handling and generous safety equipment that will put the biggest smile on your face.

If there’s one thing Suzuki is known for, it’s that they’re the makers of some cracking small cars. The Swift in particular has been a mainstay of our local motoring landscape for at least 30 years now (I’m a ‘90s kid so I can’t say for sure beyond that…), with the current generation of Swift having been around since 2018.

Back then, it arrived with a 1.0-lire turbocharged engine (amusingly named “Boosterjet”) that gave it an enthusiastic character and made it heaps of fun to drive, but with the revisions to Singapore’s Vehicle Emissions Scheme tax/rebate structure this year, that’s been swapped out for a hybrid model which falls into the maximum rebate tier for its green credentials. 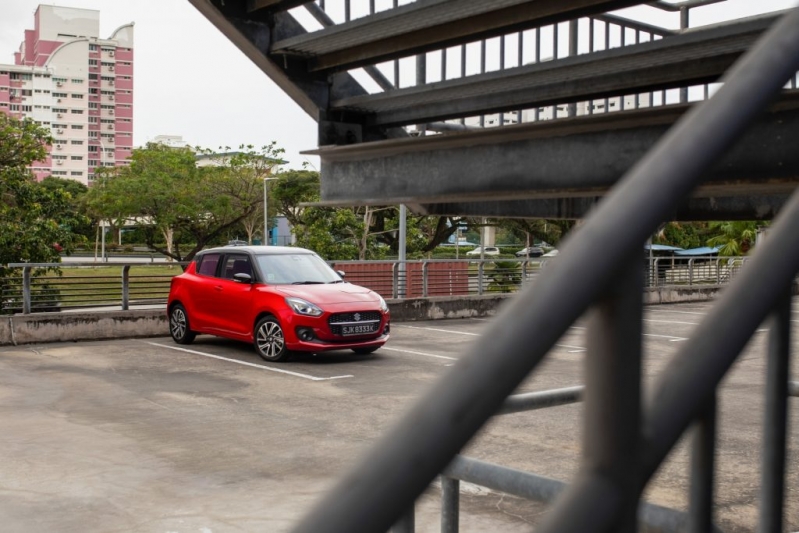 Really? A hybrid? In a car this small?

Yup, really. Hybrid small cars are really popular in Japan don’t you know (for example the new Honda Jazz). Just, not so much in Singapore ‘cos, y’know, hybrid tech is still expensive… 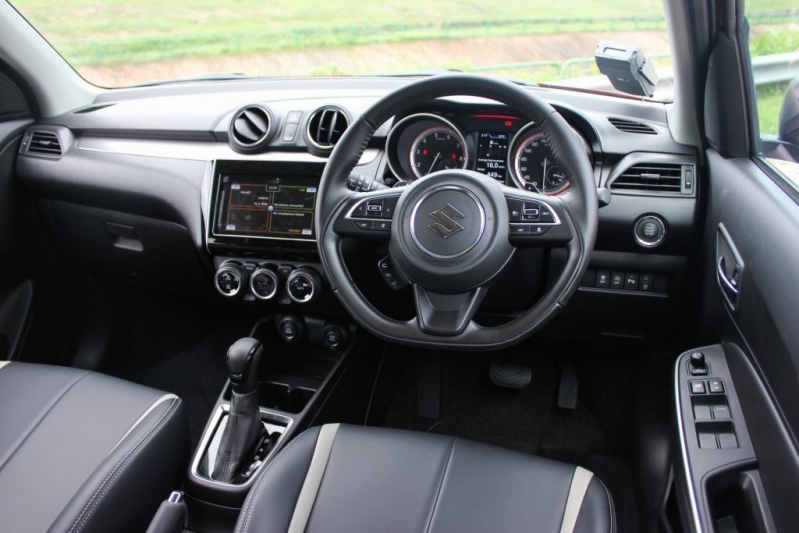 The downside of such a lite system is that the tiny ISG isn’t powerful enough to drive the car on its own, so the Swift can’t creep around in silent electric-only mode; but on the other hand,it’s an extremely simple and compact system (the hybrid battery is located under the passenger’s seat), and therefore cheap. At S$85,900 with COE, the Swift Mild Hybrid is the 6th-cheapest car on sale here at the moment.

Hmm, doesn’t sound like much. What’s it do for the driving experience? 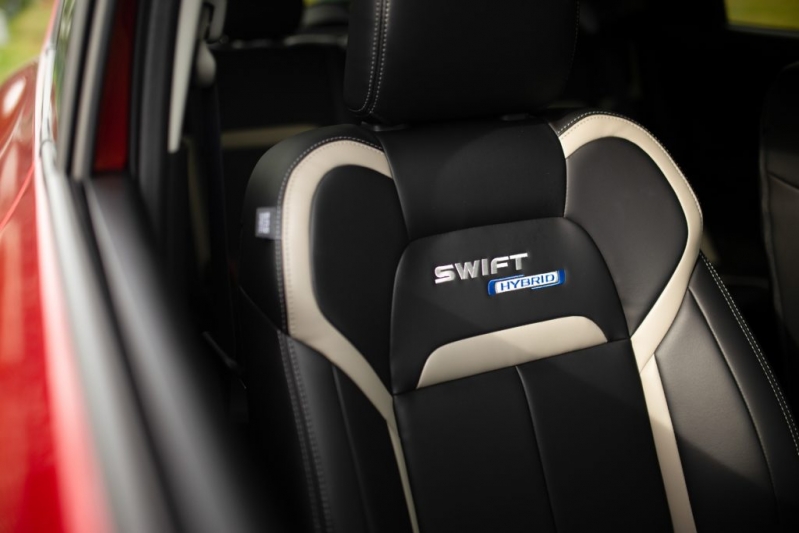 Like you say, not much. If you’d failed to spot the smattering of ‘hybrid’ logos around the car before getting behind the wheel, you’d be rather hard-pressed to notice its presence. The assistance from the ISG is imperceptible, and even when staring at the readout in the display between the dials, it’s difficult to figure out exactly when and under what circumstances the hybrid power kicks in. 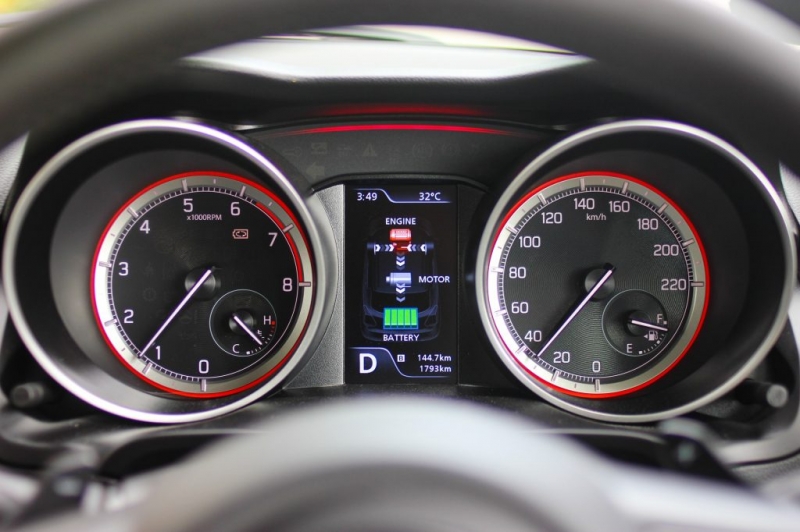 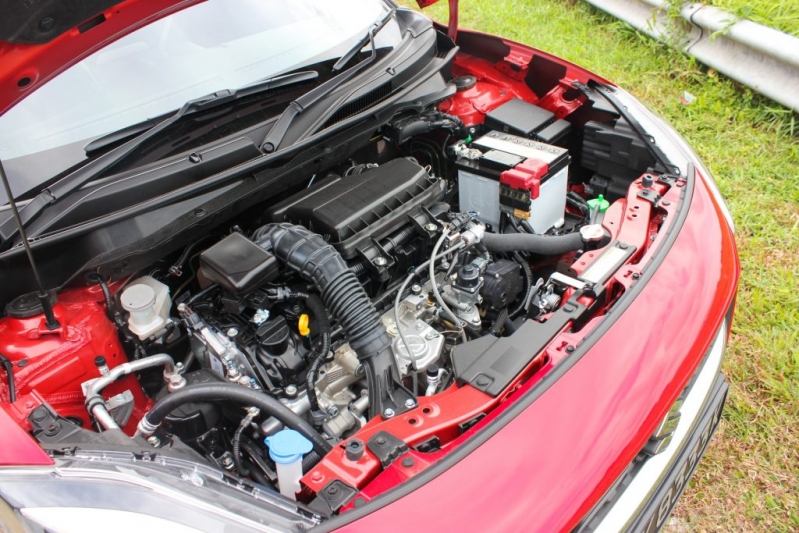 That said, there is a palpable tradeoff to the lack of sprightliness: economy. The Swift Hybrid sips petrol as if its fuel lines were the diameter of cocktail straws. Our average fuel economy over our more than 250km of driving was an easy 18+km/L, although if you’re not spending lots of time idling while taking photos or driving the car hard to test its acceleration like we were, over 20km/L should be easily achievable.

One quirk of the drivetrain to bear in mind though – the start/stop system preemptively cuts the engine just before the Swift comes to a standstill, and this sudden lack of motive force against your constant brake pressure means that the car annoyingly almost always performs a little lurch as it comes to rest.

Oh dear. So does that mean the driving experience is all jeer and no cheer? 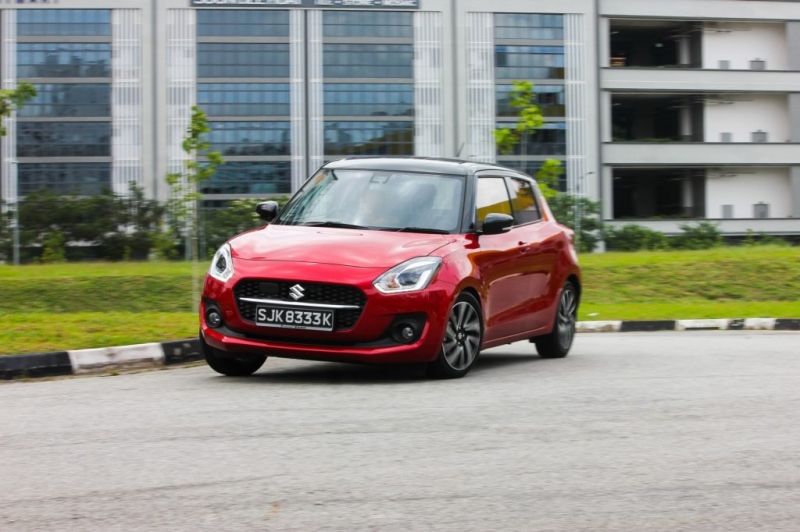 Heavens no, far from it. This generation of Swift is one of the most entertaining-handling non-performance cars of any price, let alone under S$100k, and the change in drivetrain has taken nothing away from that. The mightness of lightness is stark here: thanks to its dainty sub-tonne kerbweight, the Swift has an agility and playfulness about it that would put many out-and-out sports cars to shame in terms of pure fun. 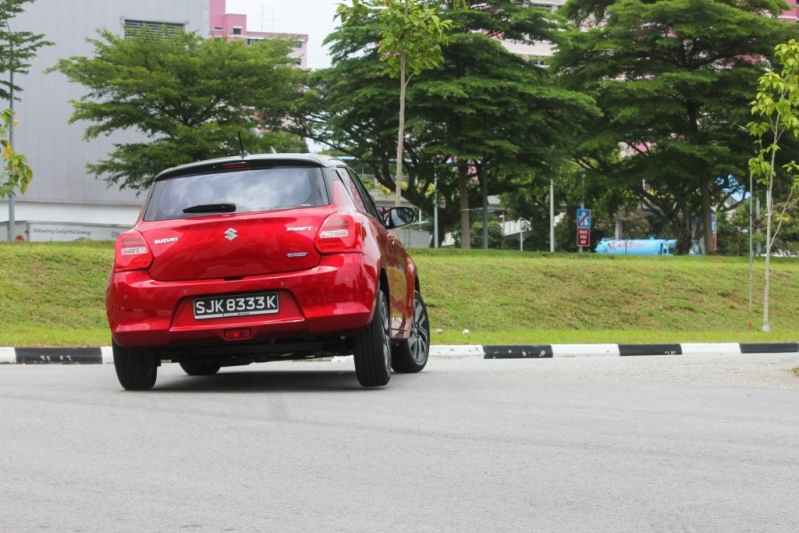 You get the feeling that it’s always bounding from corner to corner like an excitable little beagle, happily wagging its inside rear wheel in the air while it digs its outside front tyre into the tarmac. If you want, there’s also a surprising amount of adjustability from the rear axle, a sharp lift of the throttle resulting in a bemusing amount of extra mid-corner rotation from the car. With such a solid base to work from, we can’t wait to see how much of a ball the go-faster Swift Sport variant will be.

Wow, high praise indeed. So is that the best thing about the Swift? 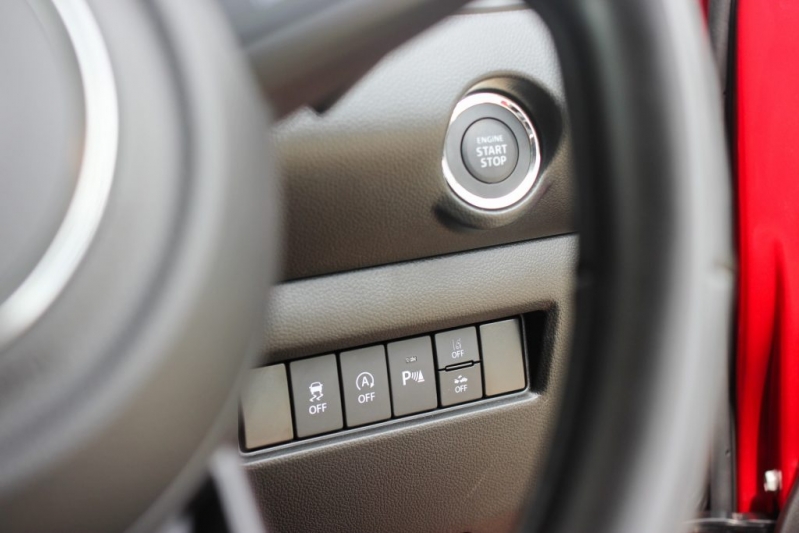 Much as I love fast driving, incredibly no. That’d be the staggering array of active safety gizmos onboard. Adaptive cruise control that can maintain its own distance to the vehicle in front; lane departure warning that buzzes you if you stray over the dotted lines; hill hold assist; weaving alert; and autonomous emergency braking – all of these are features you’d normally expect to find only in models from the posh European brands, and certainly not from the budget end of the market.

We’re on to a winner here then? 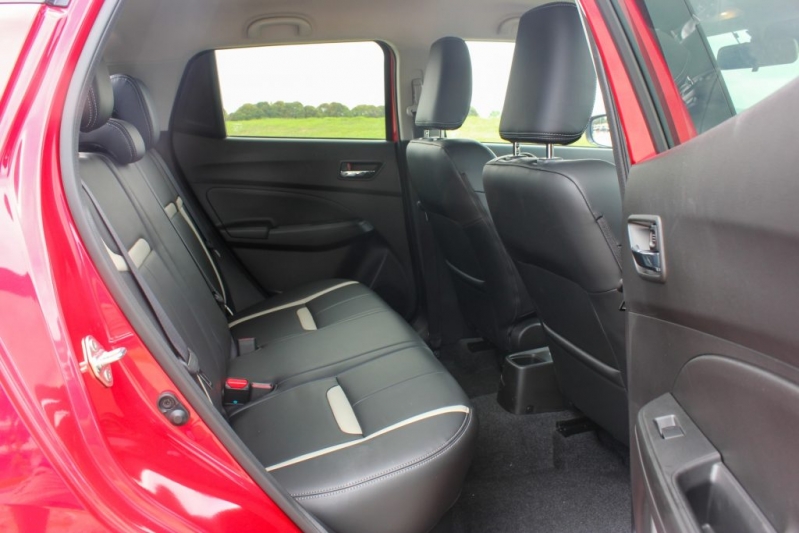 In many ways yes, but it isn’t perfect. The Swift’s petiteness means that although nippy and easy to maneuvre, seating for three people in the back seats can get a bit squeezy, and its boot is smaller than rivals. We do also wish the 1.0-litre Boosterjet version could carry on, to give drivers a more entertaining option between the Hybrid and incoming Sport model.

But at its price point the Swift Hybrid makes an extremely compelling case as a cheap and cheerful runabout that will keep you out of accidents on the road and minimise your contributions to the government’s newly increased fuel duties. Even if you’re not smiling whenever you drive it, you’ll at least be smiling all the way to the bank.