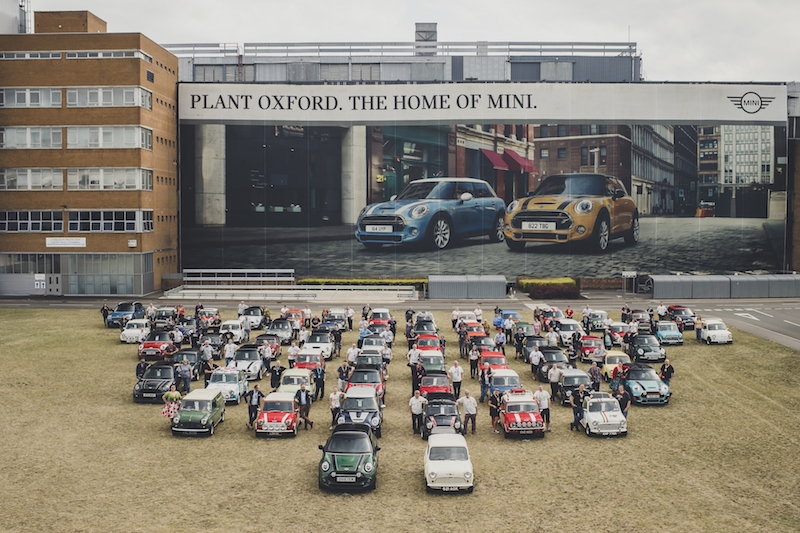 MINIs are all about that feel-good factor, and what could feel better than knowing you’re driving a real rarity on the roads?

Besides providing maximum smiles per hour, another cornerstone of the MINI experience is individuality. Nobody buys a MINI to blend in with the crowd, they buy a MINI because they have a sense of humour, fun, and adventure, and they’re not shy to let the world know about it. But given that MINIs are already distinctive cars, is there any way they could possibly stand out from the crowd even more?

Indeed there is. Throughout the car’s 61-year history, there have been countless special editions, either inspired by or paying tribute to MINI’s iconic British or legendary motorsports heritage.

With eye-catching paint colours, unique stripe designs and interior trim, as well as parts or equipment normally reserved for other models in the range, these special editions are unique and tend not to hang around in dealers’ inventory for very long. 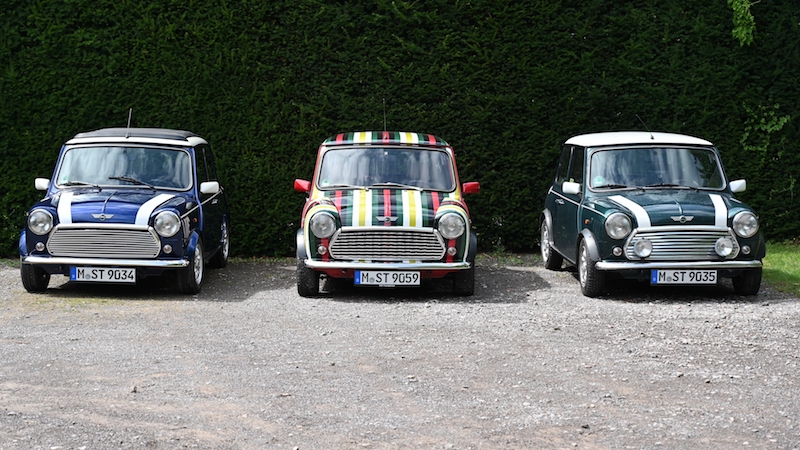 As luck would have it, there are two special edition MINIs available in Singapore right now. The latest is the MINI Convertible Sidewalk Edition, which evokes scenic open-topped seaside motoring with its never-before-seen Deep Laguna colour. 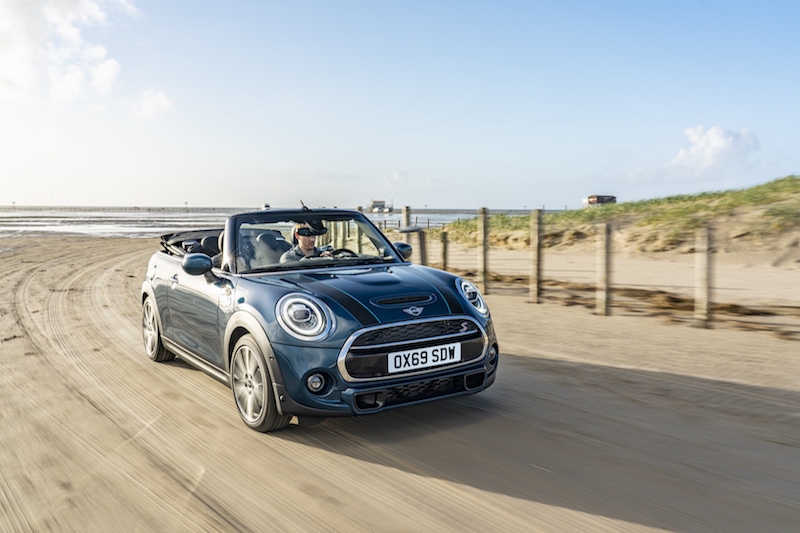 The folding roof also sports an aquatic theme, with the unique arrow graphic resembling the scales of a fish. 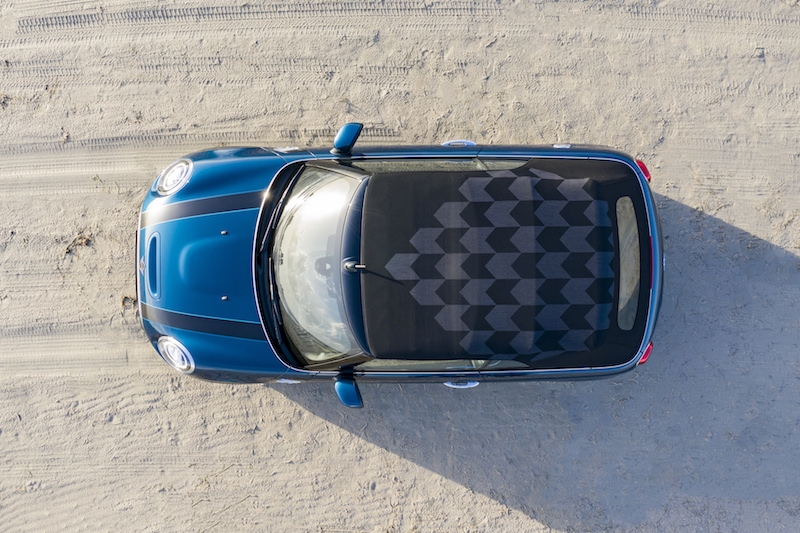 And since a convertible’s interior is a lot more visible than on a regular car, it’s nice to see that it’s been colour-coordinated to match the exterior too, with MINI Yours Leather Lounge (MINI’s highest grade of leather) finished in Anthracite with blue and yellow piping and stitching, with further blue accents on the doors and backlit dashboard trim. 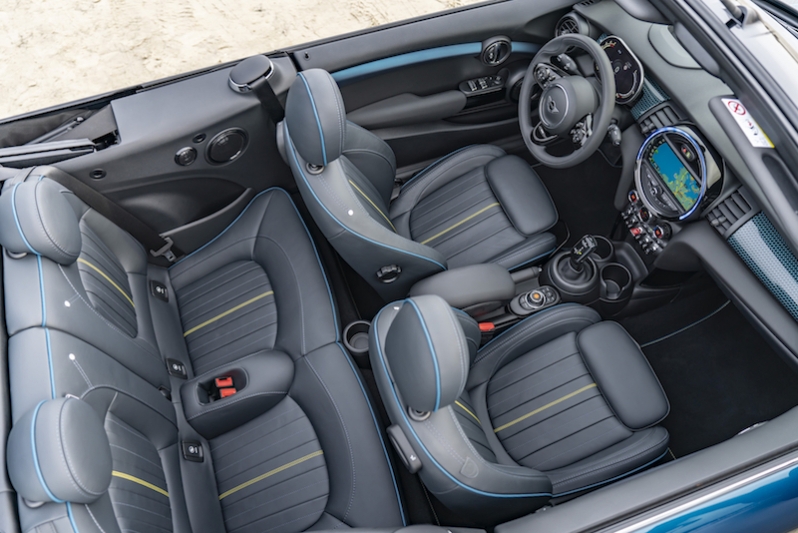 The MINI One Piccadilly Edition on the other hand, though named after a historic part of London, offers a small preview of the future. Replacing the traditional instrument cluster ahead of the driver sits a new 5.5-inch digital display, hitherto seen only on the new MINI Electric and MINI John Cooper Works GP, and which will likely be a common fixture in future MINIs. 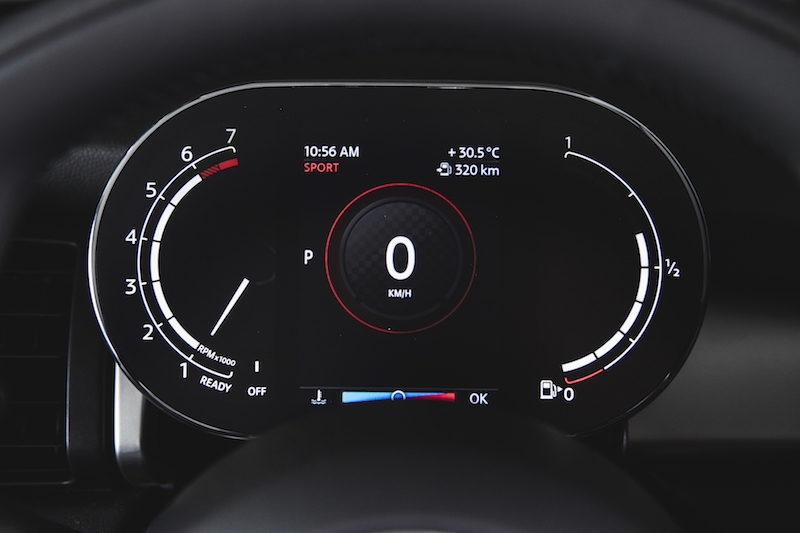 On the outside, the MINI One Piccadilly Edition can be identified with thin pinstriping on the bonnet and sides, ending with a “Piccadilly” motif towards the rear. 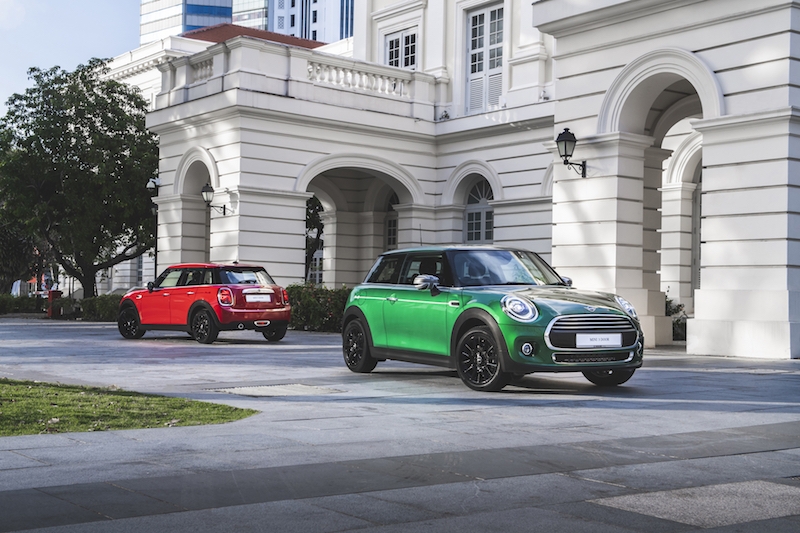 The Sidewalk and Piccadilly though, are only the latest two among the dozens of memorable special editions that have delighted MINI fans over the years - Burnpavement team included. Here are our favourite five to have been sold here: 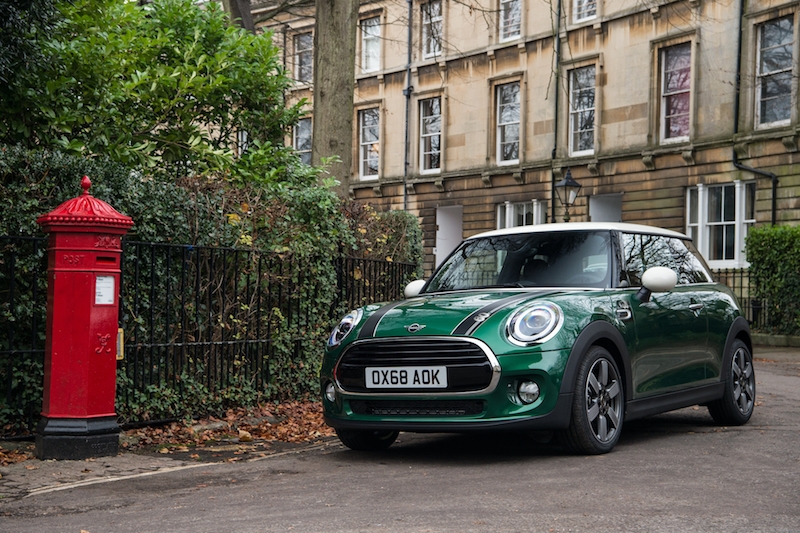 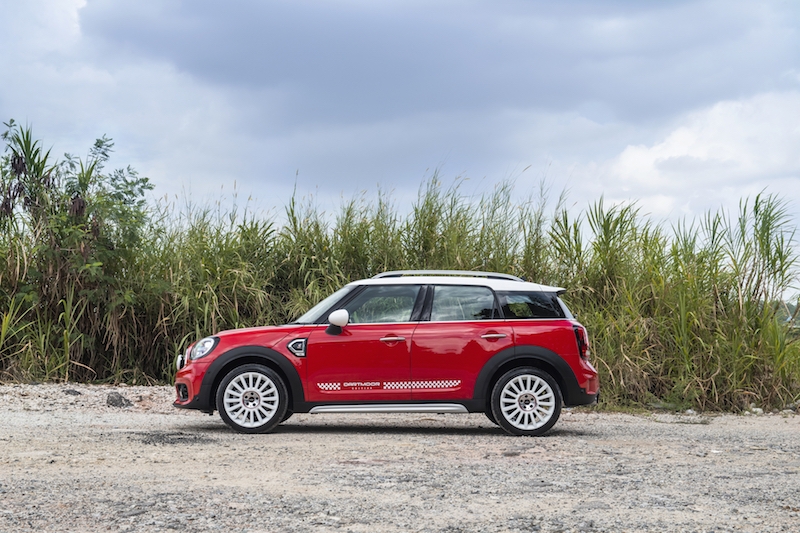 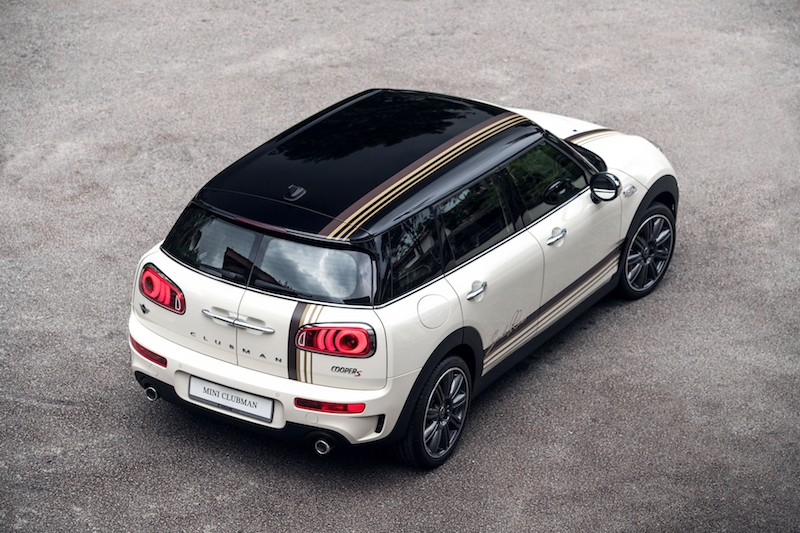 MINI Bayswater Edition (2012)
In 2012, Cool Brittania was in full swing again: Queen Elizabeth II was celebrating her Diamond Jubilee, Skyfall, the most successful James Bond film was released, and to cap it all, London was hosting the Olympic Games. Amidst all that, MINI launched a trio of special editions inspired by the city, to “spread contemporary London style around the world”.

Of these, the sporty Bayswater Edition seemed to be the most popular here, and it was certainly the most eye-catching, thanks to its unique Kite Blue paint, blue and grey stripes and wing mirrors, and black roof and wheels. 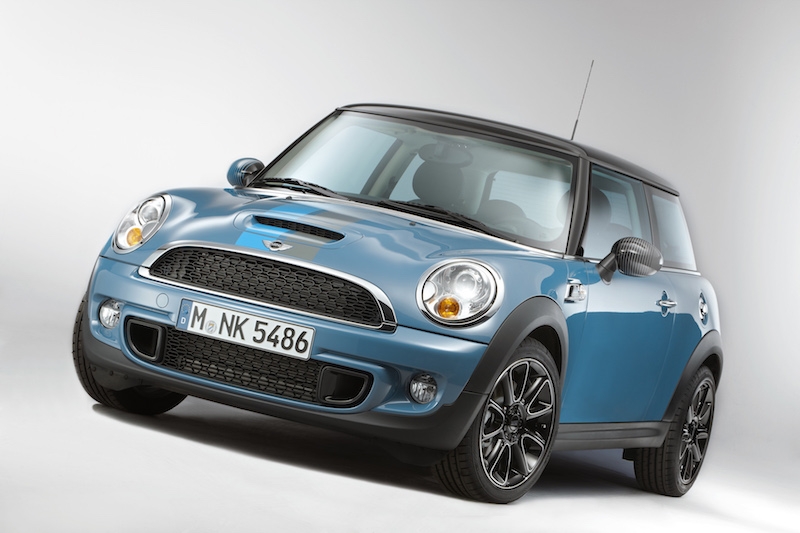 MINI John Cooper Works World Championship 50 (2009)
With only 500 units in existence, the MINI John Cooper Works World Championship 50 is one of the rarest special edition MINIs ever made, and two of them found homes in Singapore. It was built to commemorate the 50th anniversary of the Cooper Car Company’s first Formula One championship (the same company behind the original MINI’s motorsport success and the namesake of the Mini Cooper), and each car bears the signature of John Cooper.

The Connaught Green and Pepper White colour scheme was based on the Cooper Grand Prix racers, and liberal lashings of carbon fibre trim, black and red leather upholstery, and Alcantara brought a distinct racetrack-inspired flair to the car. 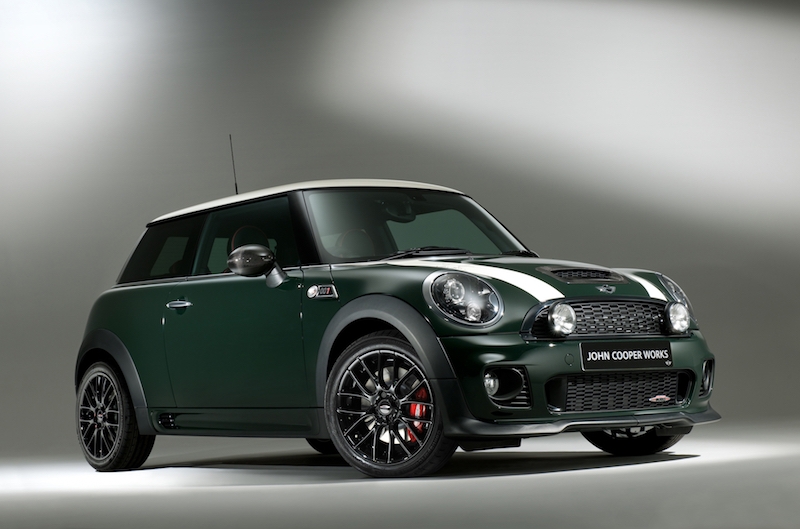 All that said however, if you miss out on an opportunity to acquire your very own special edition MINI, fret not. Personalisation is at the core of the MINI spirit, and there are still hundreds of combinations of paint, wheel, upholstery, trim, and accessory options to ensure that no two MINIs are ever identical. 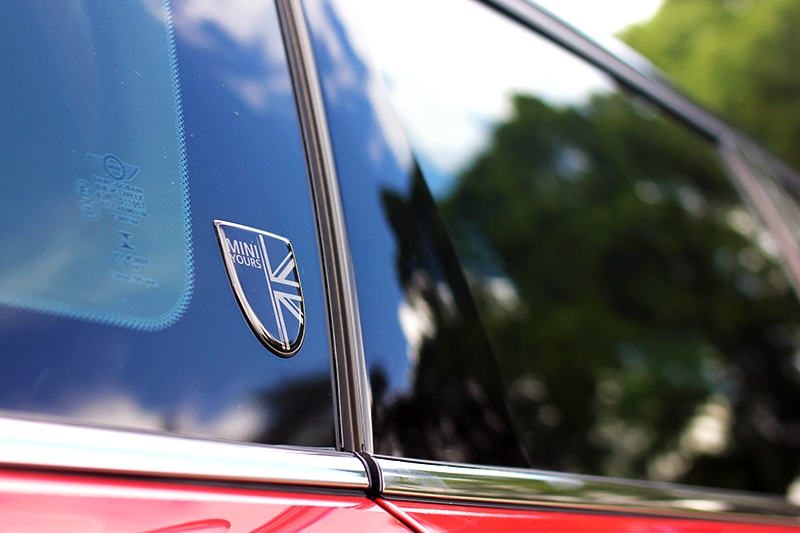 This article first appeared in AutoApp.

Related Articles
Simply better than the rest | Honda CR-V BY Joel Tam
The all-new Honda Jazz arrives in Singapore BY Marcus Lim
M. The most powerful letter in the world BY Jonathan Lim
The FANTASTIC 4: Iconic BMW coupes that shaped the brand BY Sheldon Trollope
A Sporting Tradition | Jaguar XE R-Dynamic P250 BY Jonathan Lim