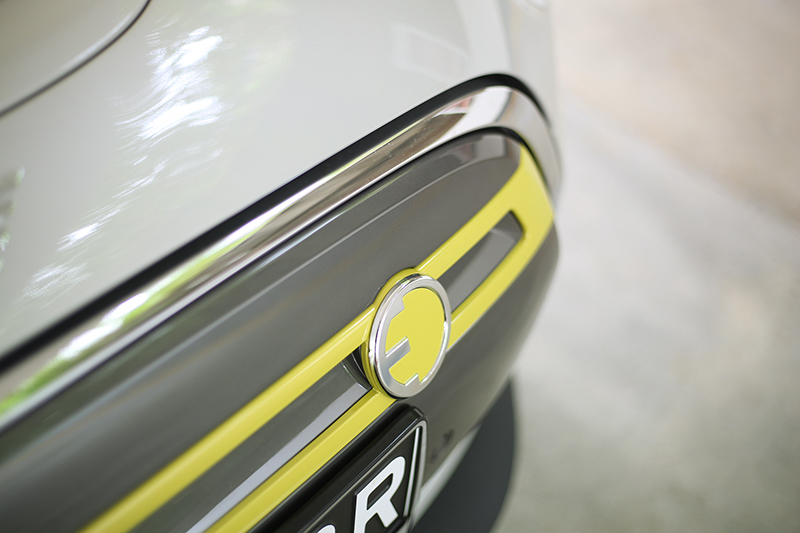 The new MINI Electric, or otherwise known as the Cooper SE is proof that the new era of electric cars is here to stay.

Walking up to the new MINI Electric, they are not many design cues to distinguish it from a regular MINI 3-door. The front grill is now replaced with a plastic cover to aid in aerodynamics, some new "E" logos and lime green accents.

Other exterior options like Chili Red or British Racing Green are also available for the Electric, and you can spec it up like you would do so with any other MINI model, with a white or black roof and side mirror cap colours. 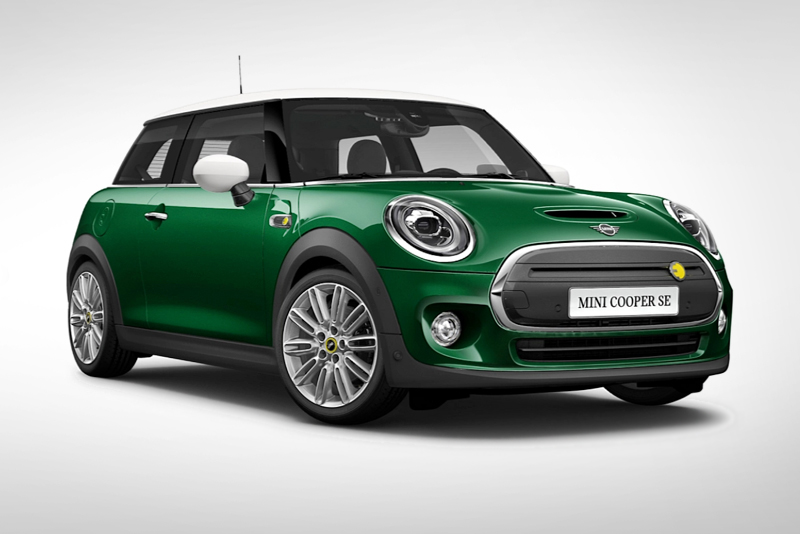 Our choice configuration of the new MINI Electric!

The wheels are also unique to the mini electric and are said to be inspired by the three-pin plug. There are other wheel designs that you can opt for if these Electric-specific ones are not to your taste. 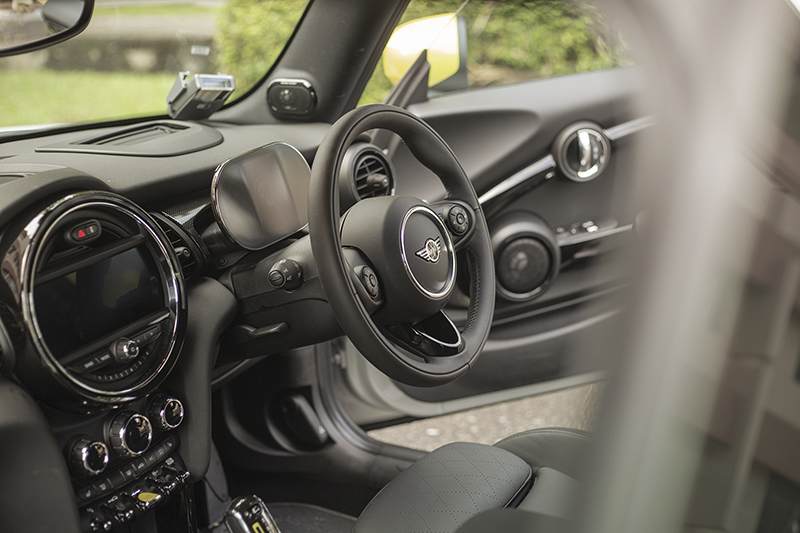 Seated in the Electric, the cabin is also similar to the regular 3-door with some slight tweaks. There is a floating digital instrument display that shows all the necessary info like your speed, state of charge, range, etc. Other visual differences include the start-stop button that is no longer red but is instead finished in a similar lime green colour as the exterior accents.

Before driving off, I hooked up to the pretty cool MINI Connected app, that allowed me to monitor the car's range and other info. It even has the capability of planning my route based on battery usage, and it can activate the air-con with Pre-Conditioning to get the cabin temperature even before I even get in. 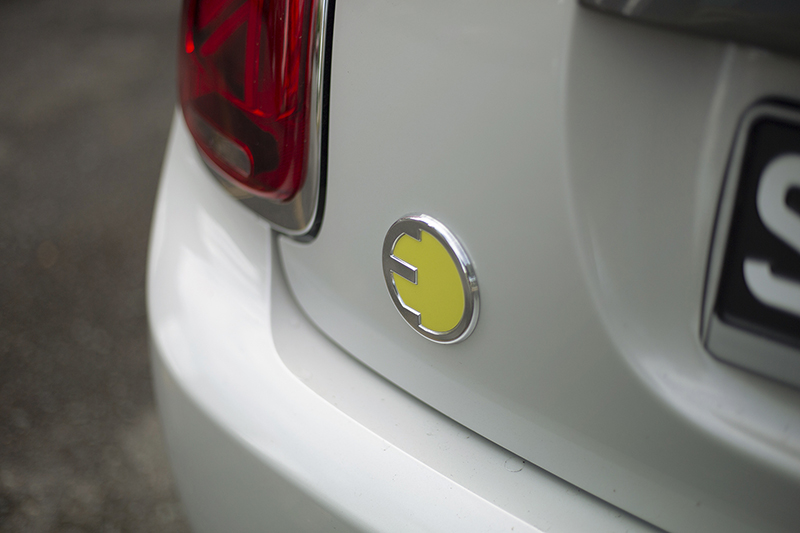 MINI claims that the maximum range on the car is 230 km. But when I took over the vehicle, the range stated on the instrument panel was only 159 km. Putting the car in green mode helped to extend it to 170 km on the expressway as I was using the cruise control function, enabling the battery to recover more energy. 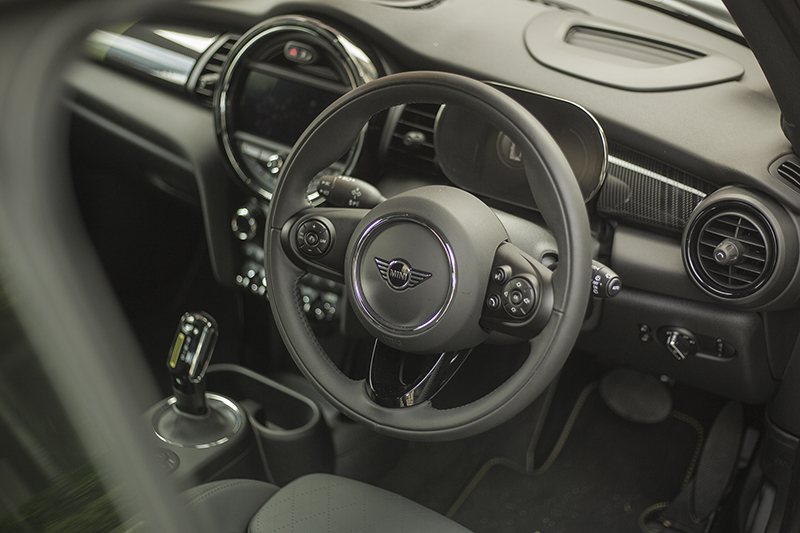 There are other ways to slow down the discharge of the battery; the MINI Electric offers two levels of regenerative braking. The first level is similar to an engine-braking effect, while the second level gives a one-pedal drive effect with more robust battery regeneration. 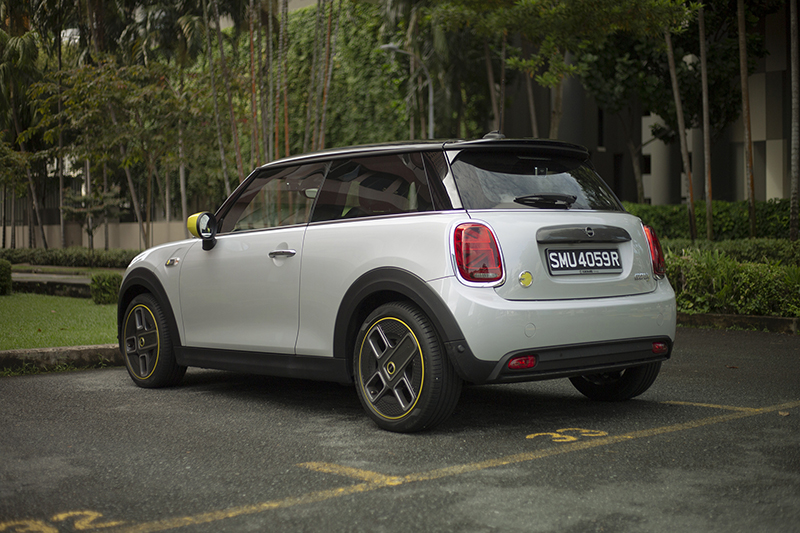 Driving the new MINI Electric is of course, different from a regular MINI Cooper S. Your get the power, but the car goes about it in a quiet and lag-less fashion like a typical electric car. The drive is smooth, and the torque is instantaneous, propelling the car into illegal speeds in the mere few seconds. 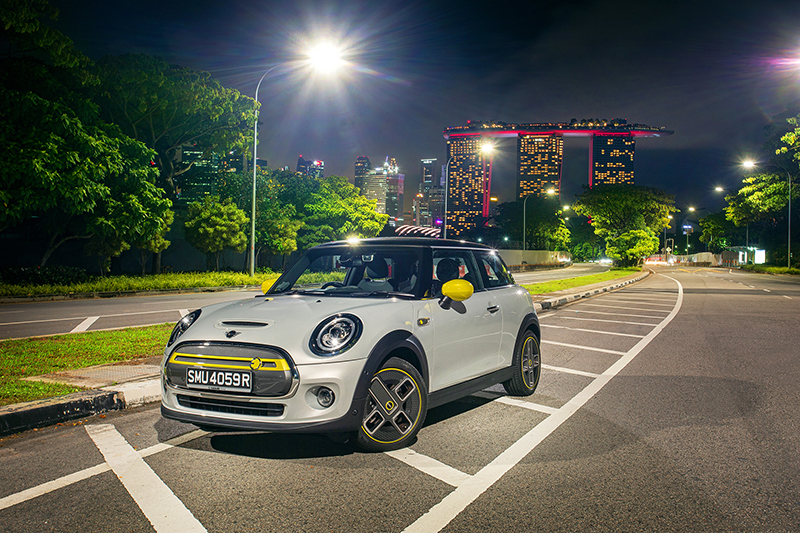 The official figures are 181 bhp, 270 Nm of torque and a 0-100 km/h timing of 7.3 seconds. But in reality, the car feels a lot more lively than the numbers suggest. But the beauty of it all is that the fine handling characteristics of the MINI have been retained and the little electrified hatch is still a fun runabout to pilot. Taking it around a series of bends feels like you're driving an electric go-kart (with music and air-con!). 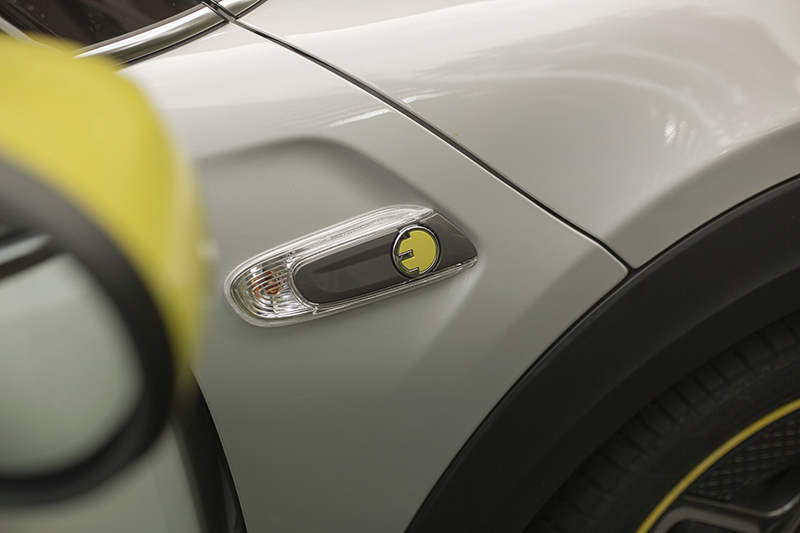 There is some weight that you will feel as you pivot the car around tighter corners, this is probably the most strongly felt difference between the internal combustion engine (ICE) MINI Cooper S versus the MINI Electric. But in all other aspects, the drive experience is largely similar. 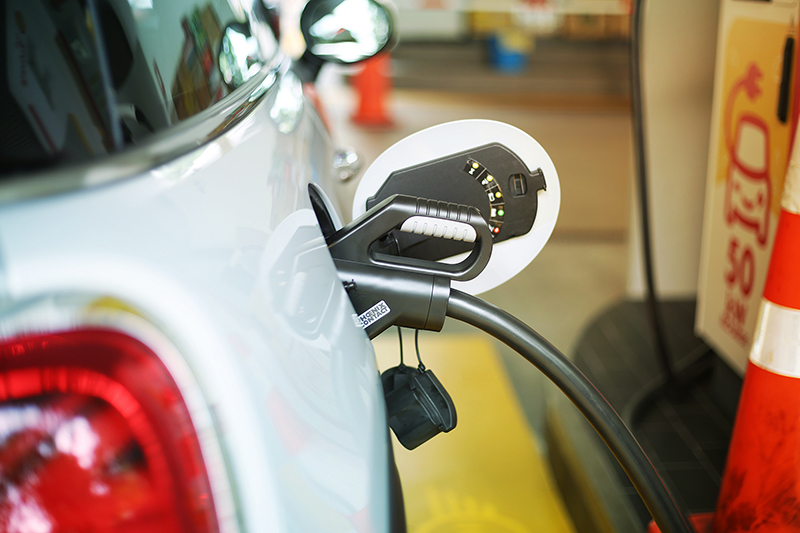 I had so much fun in the car that I was soon draining the battery a little quicker than expected. MINI Singapore handed us a Shell greenlots charge card that allowed us to juice-up the car at the Shell petrol station along Alexandra Road. Surprisingly, charging the car from 60% to 85% did not take long at all, it took only 15 minutes via a DC 53KW charger! 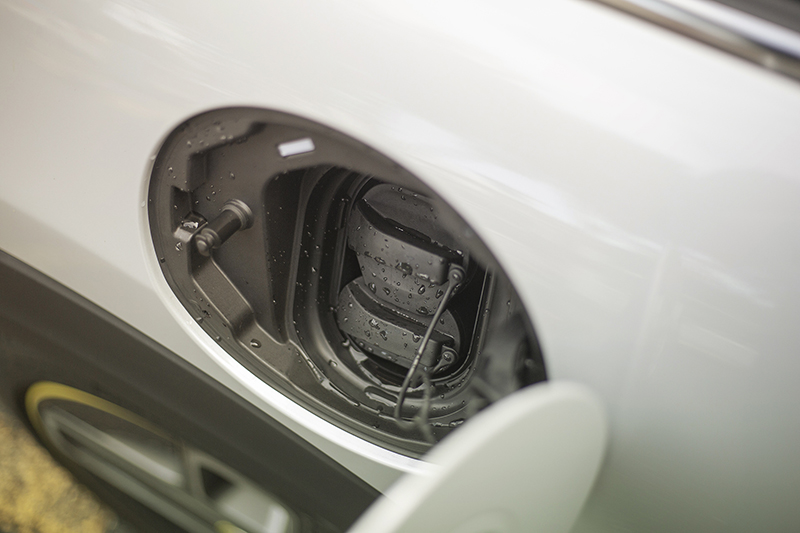 This is great because it means that you could effectively pull into a station, start the charge, visit the washroom, have a drink and get enough mileage to reach your next destination with some leftover range in the car. 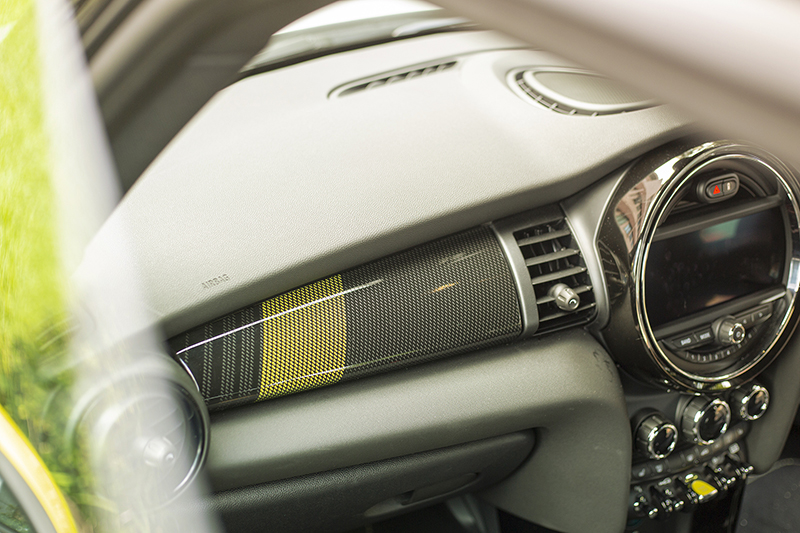 As I continued the drive over a few more days, I realised the claimed range was indeed realistic and very 'real-world'. For most people, the 230 km max range would last at least four to five days, making it a viable city car to live within a country like Singapore. My wife was so smitten by it; she could immediately see herself in one. 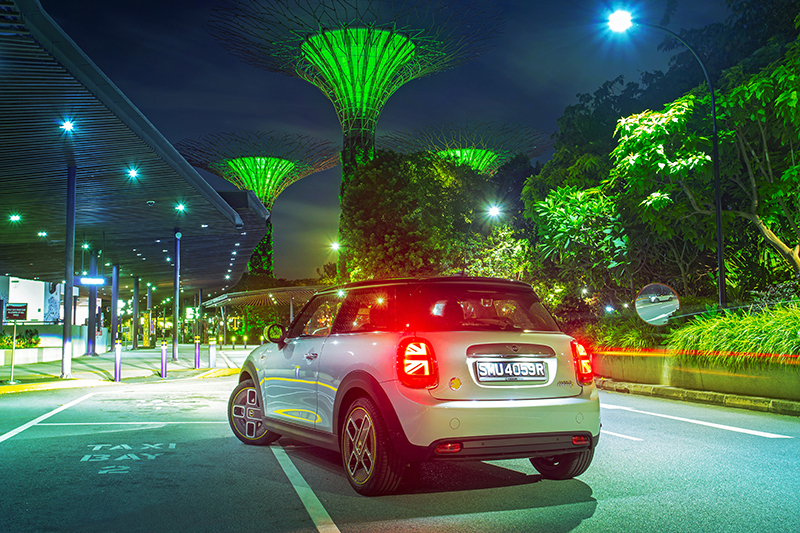 Aside from being a fun and cool car to drive, EVs are a sustainable option of transportation that runs on renewable energy. As our country ramps up its efforts to be a nation that supports this move, the MINI Electric is one such car that I foresee will play a part in making it that shift an exciting one! 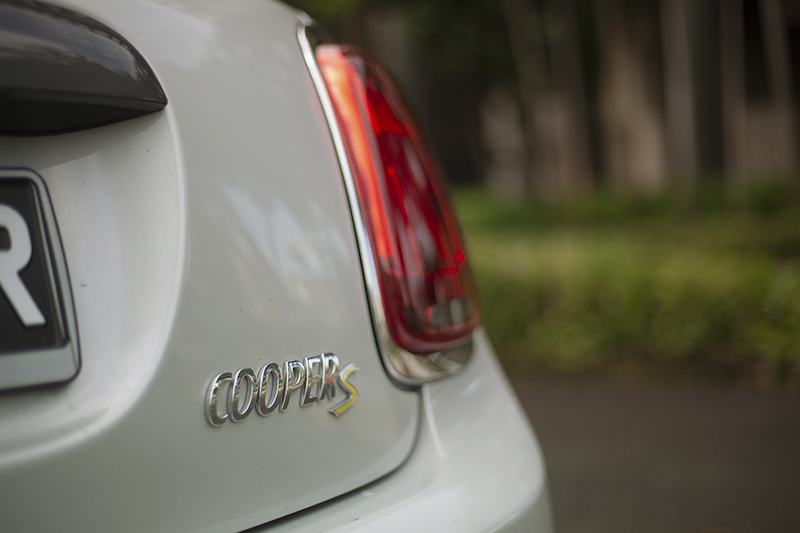