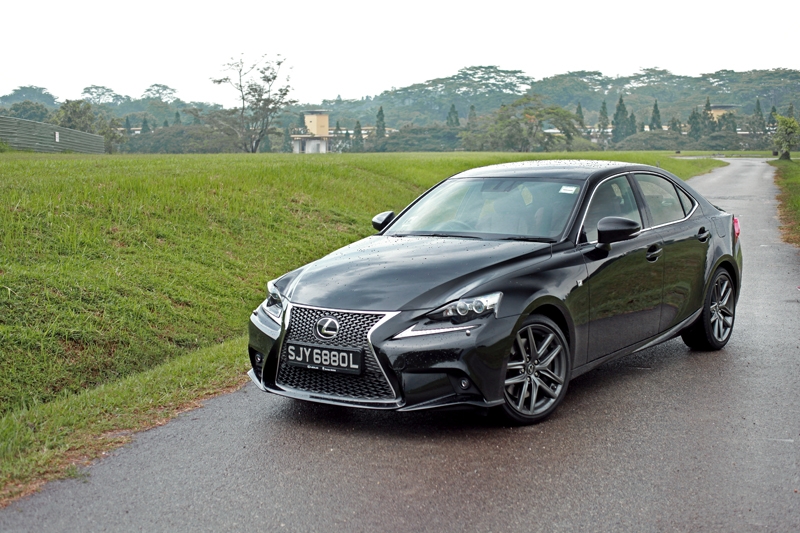 While looking at the A4, 3 Series and C-Class, did you overlook the turbocharged IS?

Have you ever woken up from your sleep feeling energetic and full of life? Then, the rest of your day went perfectly well – the boss was kind to you, your colleagues were not acting like douchebags, longer than usual lunch hour went undetected, no flared tempers while driving home and the moment you opened the door, hot dinner was ready on the table. Ahh...

It’s the same with this Lexus IS 200t, particularly in F-Sport guise. I reckon both designers and engineers all had it nice and dandy while working on this car - because everything felt right, more so after you compare it next to the current German offerings. 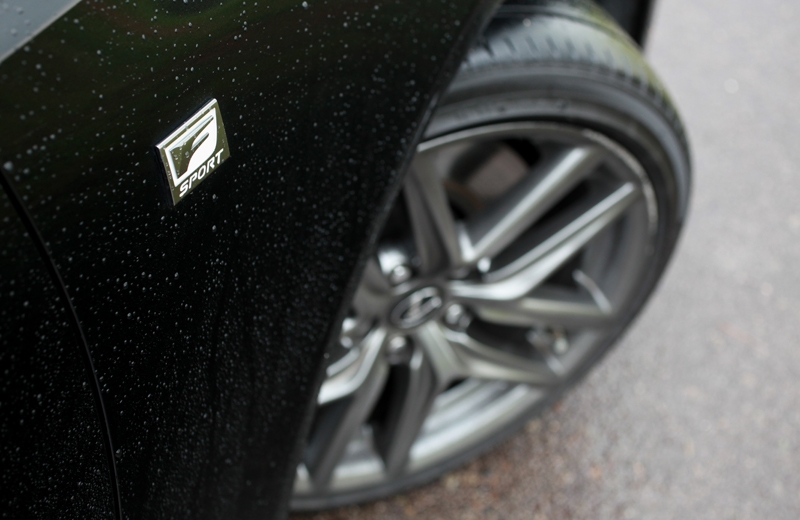 Let me begin with the exterior. It looks sharp and bold, and everything seems proportionate from every angle. To be frank, it has the most exciting design in its category; stare longer and you will see cues of the LF-LC concept, even. It’s also flanked with obvious lines, prominently the bulky shoulder lines, with creases on the bonnet to create more drama. But of course the conversation starter would have to be the face: That large spindle grill matched beautifully to the detailed bumper. 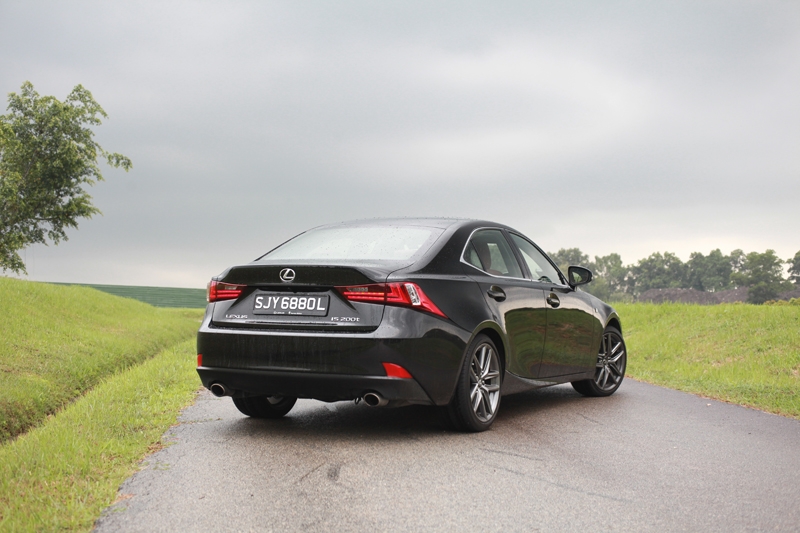 Its rear is beautifully designed too. Although less dramatic compared to the front, the subtle spoiler integrated into the boot and twin exhaust tailpipes does show off its sporting intent. This is then finished off with a set of staggered 18-inch alloys. 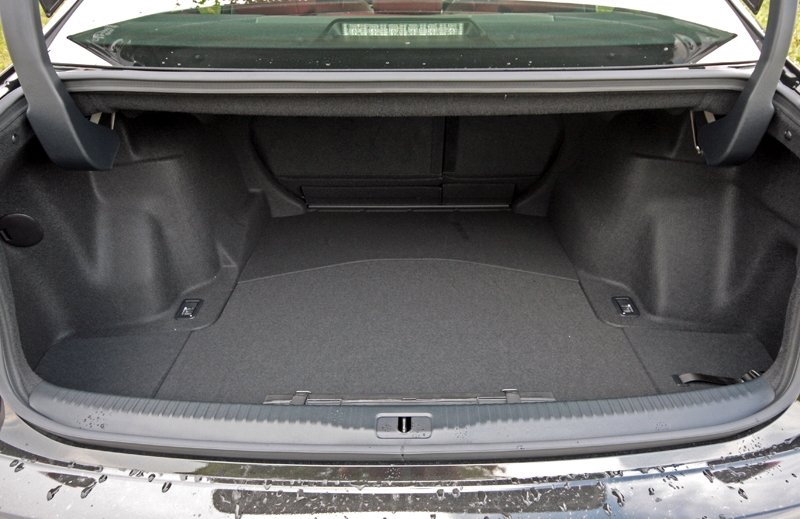 Oh yes. Since we were talking about boot, lets focus quickly: On offer here is 480-litres, which expands in case you need to transport bulky items all thanks to the 60/40 split fold. The 3 Series and C-Class offer the same capacity, but in this aspect, the A4 takes the lead with 20-litres more. 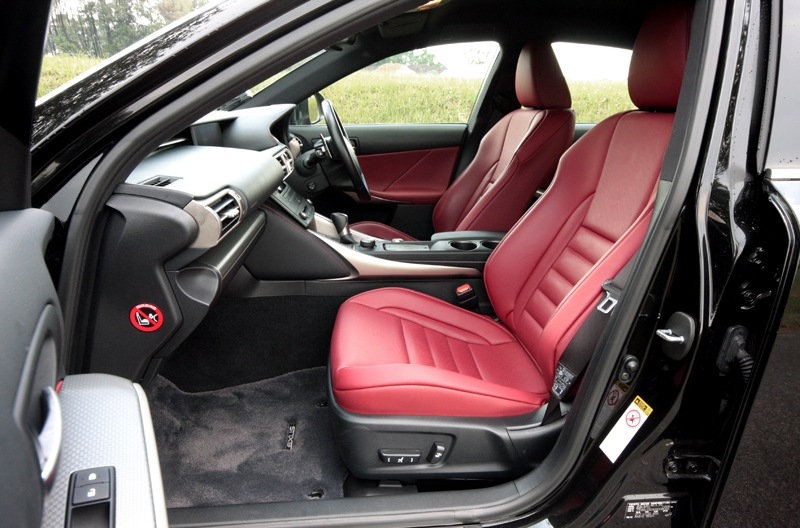 The IS 200t’s interior deserves praise, keeping up with the similar build quality as the German trio; panel gaps and shut lines are kept to the barest minimum, and the control buttons are tactile and precise. The center console is brilliantly angled, away from the almost 90-degree slabs seen in its competitors — unfortunately, the climate control’s buttons may come across as a tad too small for big-fingered individuals (ahem... ahem). 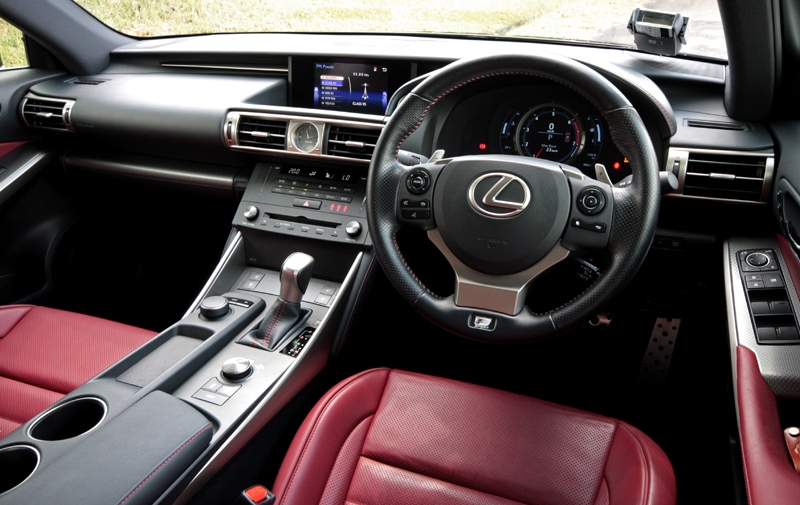 Cockpit is good too, with the supportive driver’s seat and steering very well appointed; the steering wheel is brilliantly sized and the high quality leather feels really, really nice to the touch. 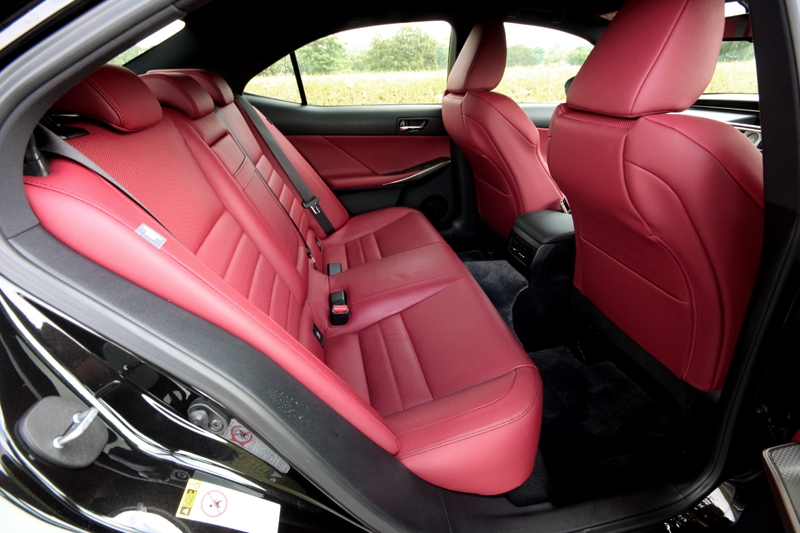 At the rear, the seats are well designed and equally supportive, but unfortunately it’s best left at ferrying only two passengers — both head and leg rooms are adequate, and is similar to Jaguar’s XE which is not a bad thing. You could accommodate a third for a short trip still, but even then, it’d better not be your mother-in-law seated on that particular spot…

I’ve sampled this engine in the NX, RX and GS, and I must say it works remarkably in the IS. As the ‘t’ in 200t suggests, under the bonnet is a turbocharged 2.0-litre powerplant mated to an 8-speed automatic ‘box; power output is a commendable 241 bhp while maximum torque stands at 350 Nm. Standstill to 100 km/h is dispatched in 7 seconds flat. 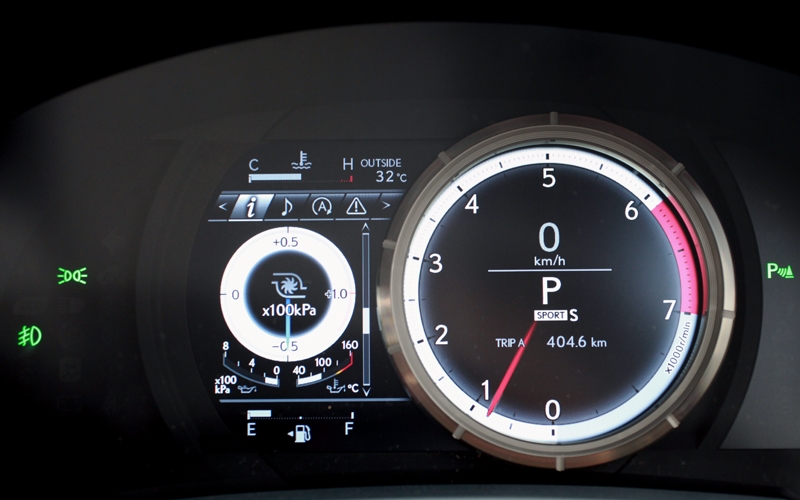 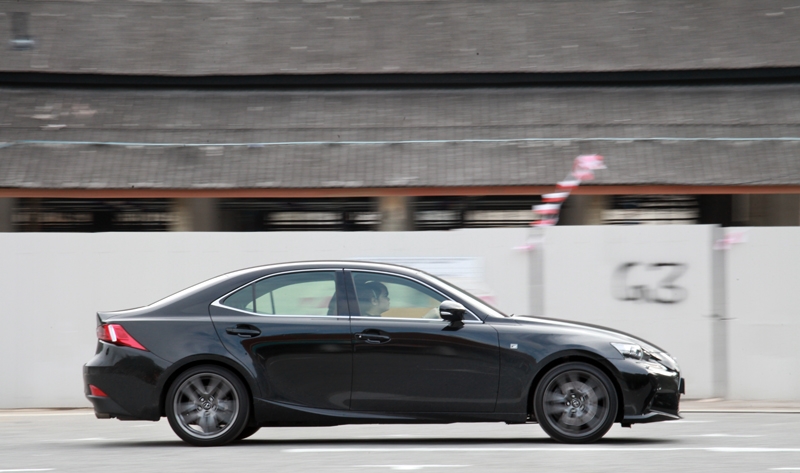 In the real world though, the IS 200t feels lively and gutsy, pulling away with minimal lag. Even without having to select Sport or Sport+, the transmission willingly allows the engine to rev high towards the 6,000 rpm redline before shifting up. Lexus may have provided a pair of paddle shifters as standard, but there’s rarely a need to use them unless you’re trying to keep up with a hot hatch into a corner. 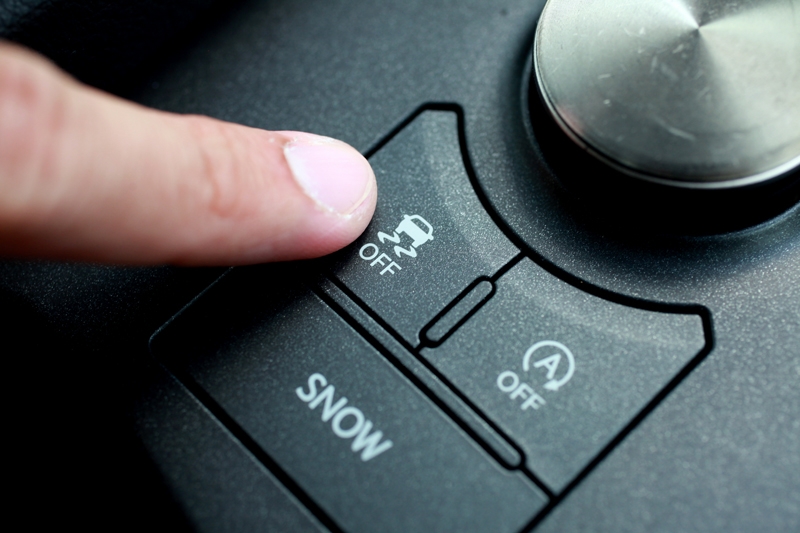 Feeling a little naughty? Switch it off on a damp road and...

The brakes are generally up to task at shaving speed, giving you an extra ounce of confidence to be a little enthusiastic behind the wheel; lets face it, how on earth could you drive gently when you have the sportiest variant in your possession? Pedal feel is positive, without feeling over servo’d like the Audi A4’s. 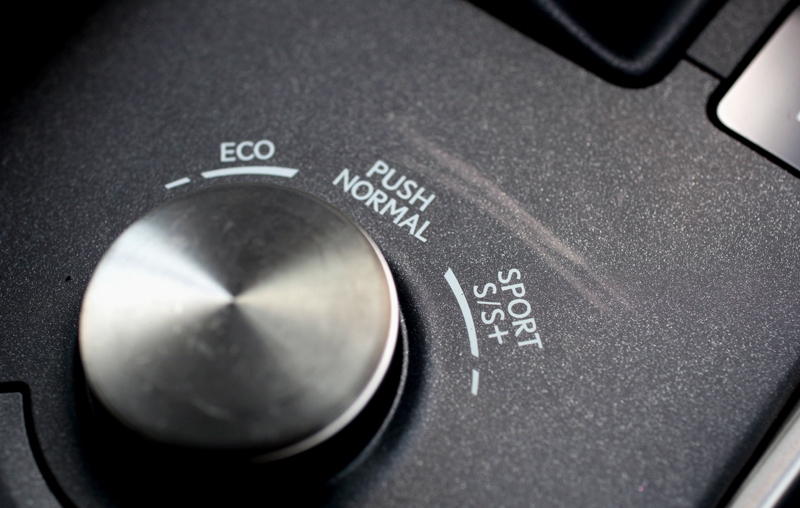 The F-Sport gets a sportier set-up for its dampers, and this little ‘secret weapon’ works well especially in Sport+ mode. Besides the brilliant steering, the chassis is more than reliable for aggressive driving; even body movements during direction changes are commendable. 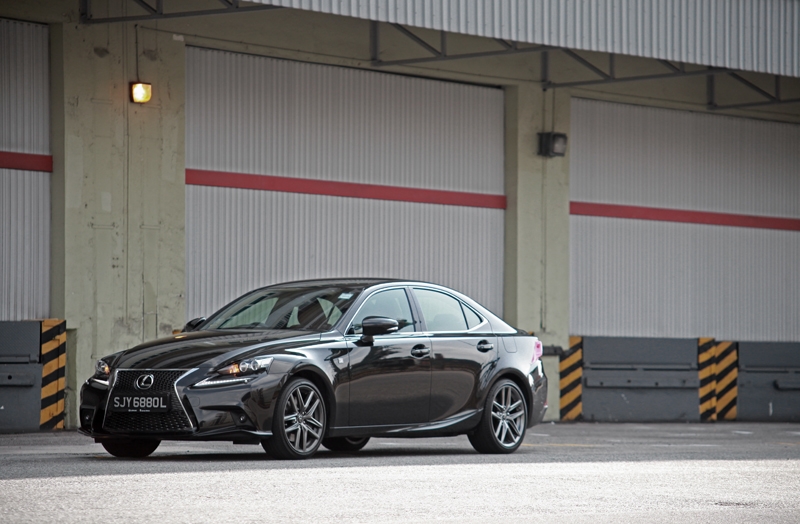 That said, the Achilles heel has to be how nervous it gets - progressively, at least - towards its limit; understeer would set in and traction control will be the one sorting things out. If you were to ask me how come there’s such a behavior coming from this sorted set-up, here is my answer: Those comfort-biased Bridgestone Turanza ER33 rubbers, which are - excuse the language - rubbish for this car. A set of UHP tyres would do justice. 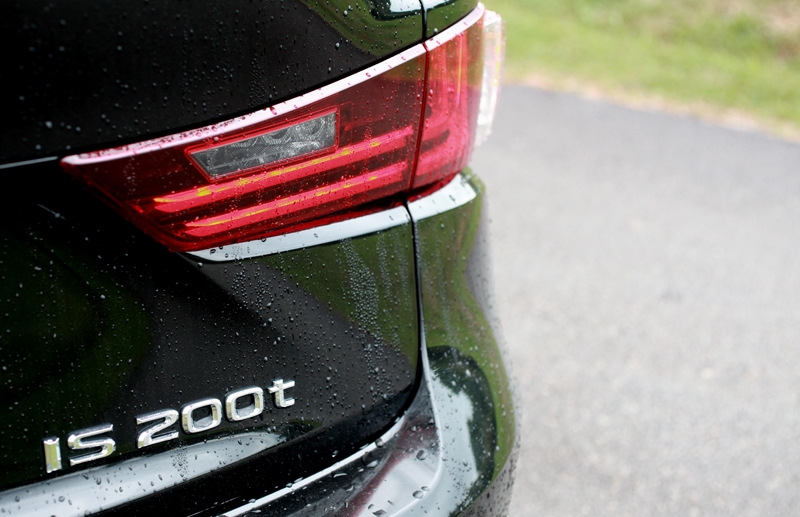 As a whole, this Lexus IS 200t F-Sport deserves the spotlight now. Objectively speaking, it gives the Germans something to think about this time around as it delivers enough poke and enjoyable handling, on top of respectable build quality — in other words, it’s a complete car. In my humble opinion, as much as the A4 2.0 TFSI quattro provides an equal package, the Is 200t's handsome exterior and livelier chassis provides the extra edge. 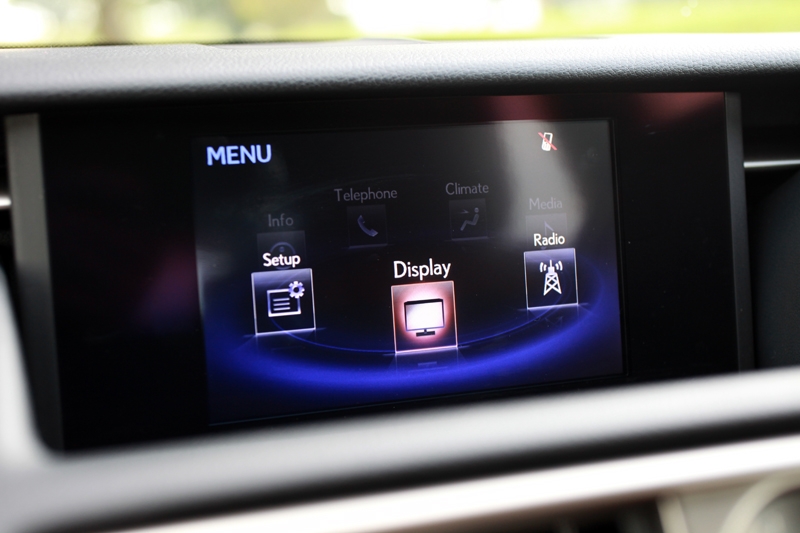 Despite the pleasantries though, I still could not name it as a class favourite yet, to be fair — watch this space for a class comparison.