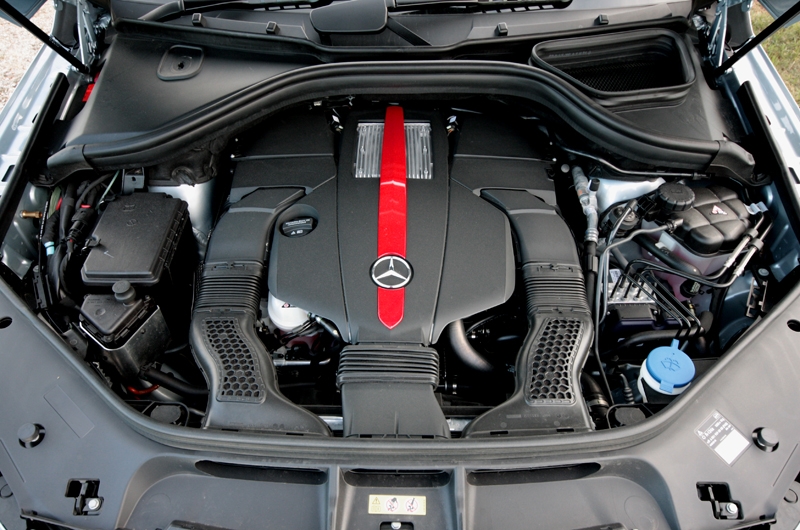 It is Mercedes’s turn to enter the niche SUV-that-thinks-it-is-a-sports-coupe segment — is it as good as the established X6, or does it fail in comparison?

Let me begin by pointing out, first and foremost, how the Mercedes-Benz GLE 450 AMG 4MATIC Coupe has a price tag of less than $382k (with COE and after CEVS premium); which is slightly more expensive than its nearest competitor, the not-so-new BMW X6 xDrive35i. But that’s not all: Comparing price-to-price and power-to-power, it even undercuts Porsche’s Macan GTS (that is after you add up all the equipment and trims you want).

Better still, Mercedes has made things more interesting by putting in a 3.0-litre bi-turbo V6 engine under the hood, and then paired it to a 9-speed automatic transmission (again, I repeat: Bi-turbo. V6. 9-speed), it leads to a somewhat scary result: A maximum power output of 367 bhp, maximum 520 Nm of torque available from a low as 1,800 rpm and a 0-100 km/h timing of 5.7 seconds. That last point a highly respectable figure, considering it has 2.2-tonnes worth of sheet metal to move… 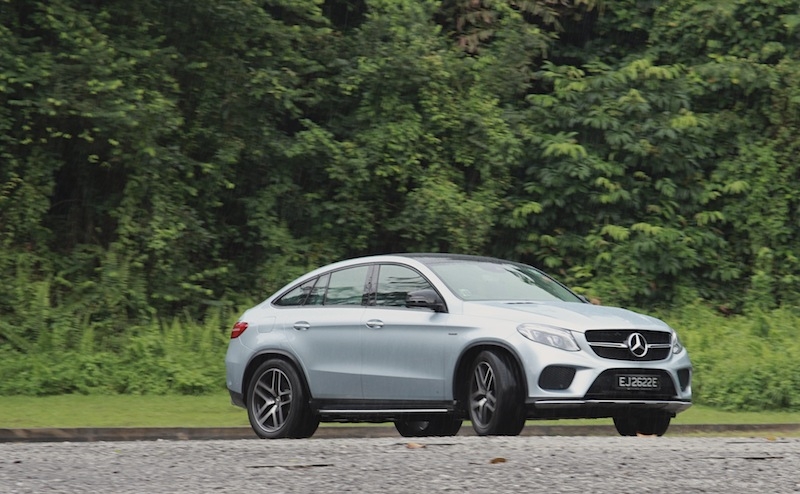 Ok, if you disbelievers were to think, “Bahhh… Mercedes was just pulling a fast one by merely giving out random on-paper digits”, well, I have to tell you that they weren’t lying at all. Because all you need to do is just stomp your right foot hard on the accelerator and get ready to be blown away. I’ve probably never said this before for an SUV, but by golly, this thing flies; things turn into a blur, you get shoved rather hard into the driver’s seat and next thing you know, you’ve arrived in 2017. In fact, it should be able to shame some sports cars and even give supercars a hard time. Hot-hatch owners, you might want to steer clear of the GLE 450 when you see it approaching you hard and fast down the straights, because this thing is — excuse the language — badass. 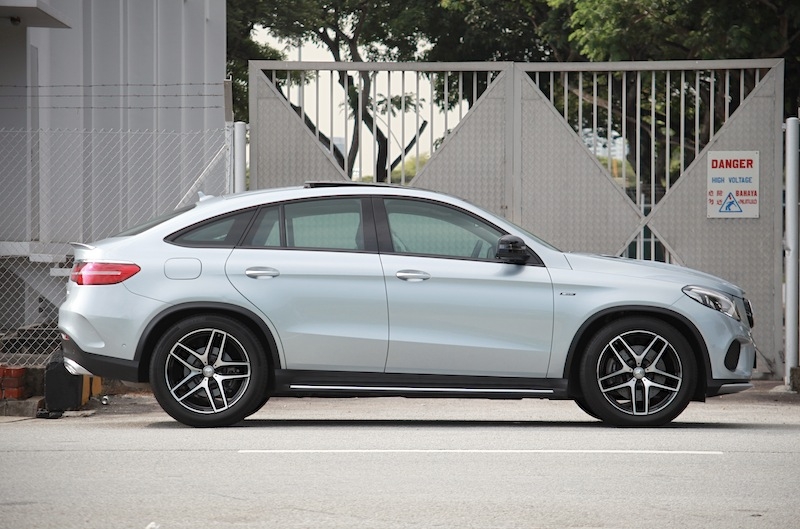 Speaking of hot-hatch, unlike the *ahem* tail-happy C63 S AMG (look out for that in our next review), this GLE 450 could actually handle fast corners in an assuring manner — I wasn’t sure what sort of magic Mercedes used here initially, but let me tell you now. It came standard with the AIRMATIC package, the Stuttgart-based carmaker’s air suspension system. What this does is (a) ensure a constant level when driven along the expressway and (b) adapt each wheel to the driving and road surface condition, hence reducing body pitching and rolling especially during cornering or hard braking; it also ensures vibrations coming from the tyres are reduced. Should explain how come, in Comfort, it’s such a pleasant expressway cruiser. 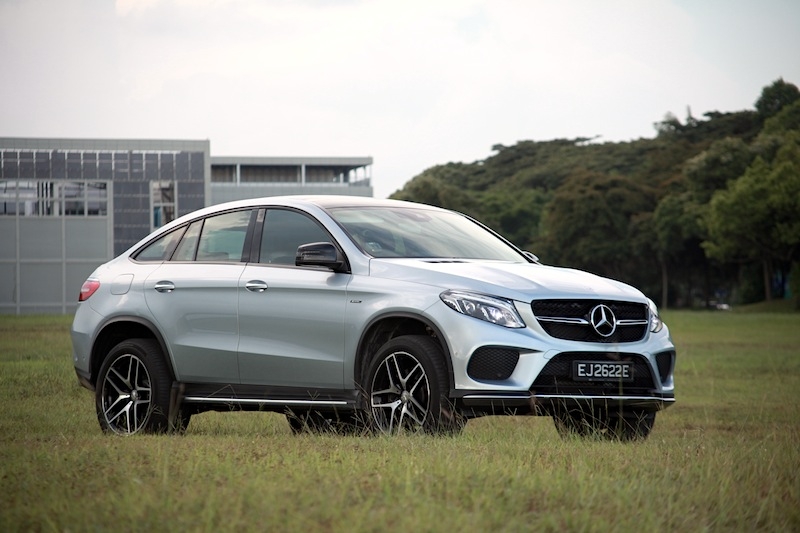 You could also raise the car’s height at a touch of a button, placed just below the air-con controls — useful for some little off-roading fun. 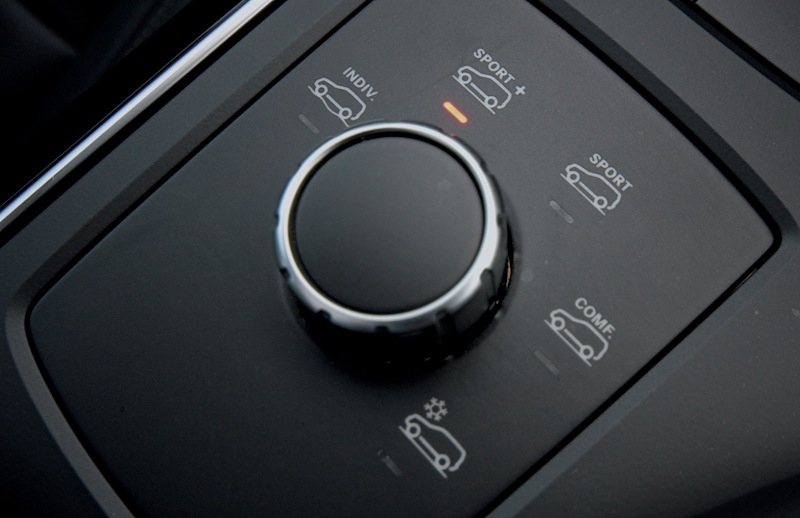 Then when Sport mode is selected, it lowers the car by 15 mm; in Sport Plus, this drops a further 25 mm. That was why I found so much joy hunting for corners and sweeping bends; in this particular mode, it behaves like no other car this tall. To be bold, I’d say it feels like a slightly taller hot-hatch. The responsive steering together with the lively chassis work in sync to deliver such a pleasurable overall driving experience; to put it in another way, it’s akin to sipping artisanal coffee on a nice afternoon when the rest of the world are busy with their rat race. 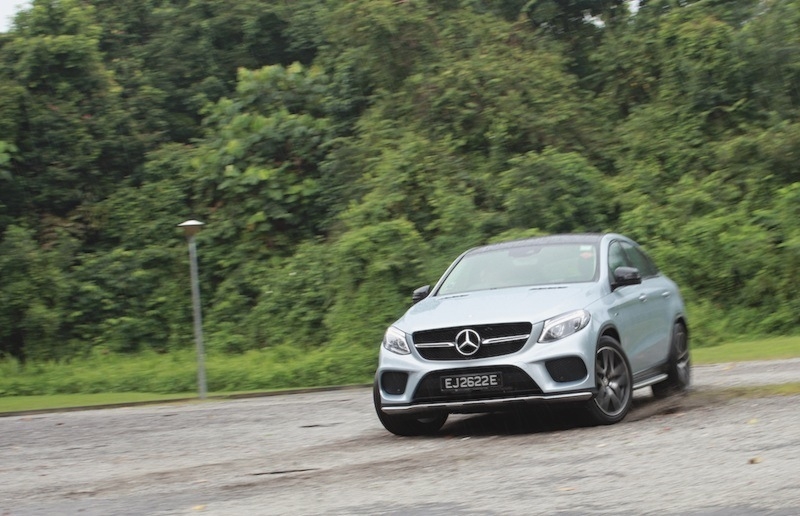 Plus - no pun intended - in this mode, throttle response is sharpened, the steering feels weightier and direct, and the exhaust, my word, gets even more vocal; shifting gears near the redline equates to loud, offensive farts that puzzles other drivers. As you can see, it revolutionizes this whole sports SUV equation — everybody else should learn a thing or two here 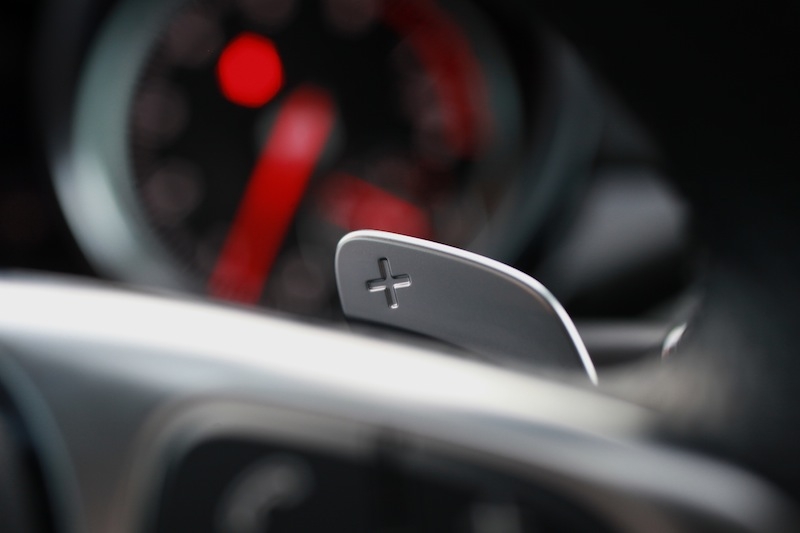 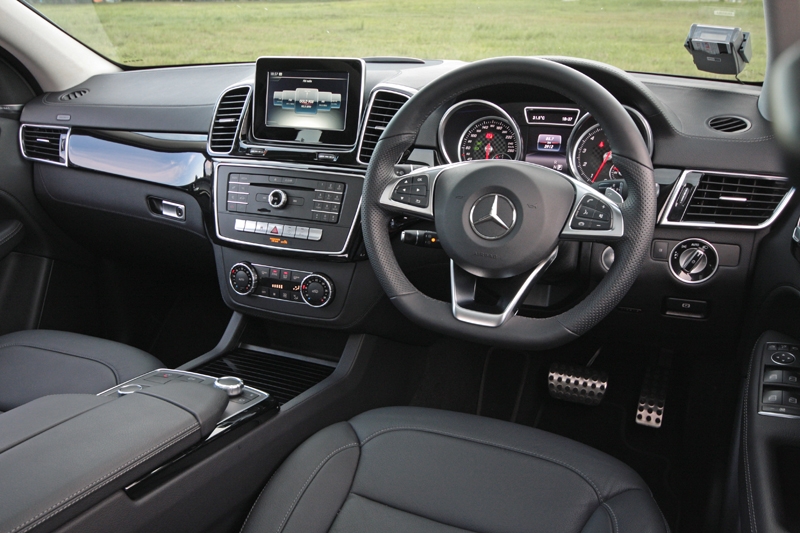 Then we come down to the car’s interior. Frankly, it’s your typical Mercedes affair which equates to flawless build quality, inoffensive architecture and as you sit taller, a commanding cockpit that doesn’t require much effort getting used to. The steering wheel is a joy to hold thanks to the flat-bottomed design and the list of useful controls, namely for the audio system, Bluetooth and cruise control that are present. 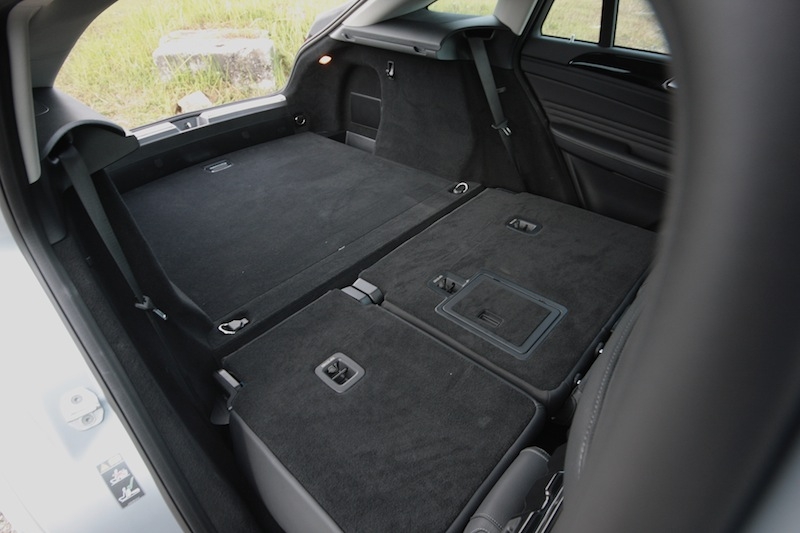 At the rear, you can place three adults comfortably although the sloping roofline means if you’re Michael Jordan tall, it could pose a little problem. Boot capacity is good by SUV standard, offering 650-litres with all seats in place. But the moment you stow it away to maximize load space, unfortunately, you see ugly exposed metal parts holding the bench together; it might be excusable in a $138k Ford Kuga, but in here, in this Mercedes, it’s a little shocking. Something needs to be done… 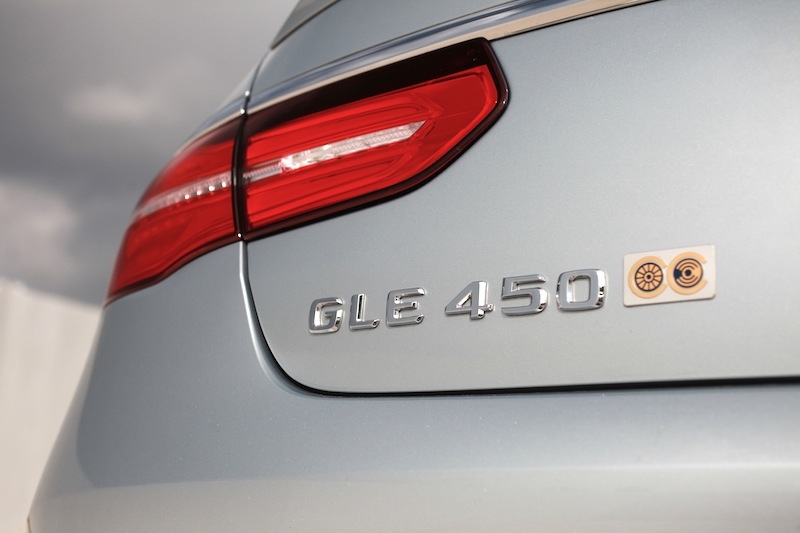 So as a whole, the - take a deep breath for the last time - Mercedes-Benz GLE 450 AMG 4MATIC Coupe has showcased itself as a car that’s well put together with respectable engineering highlights. I still can’t believe how it could handle as well as a hot-hatch and has the pace of a sports car but stands commandingly. Hence BMW, your next X6 has to be better than this; Porsche, potential Macan GTS buyers might sway into this direction. 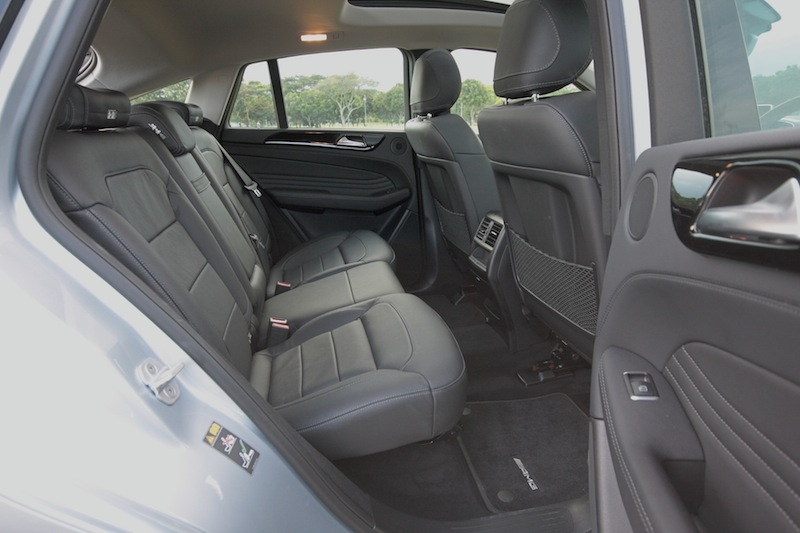 All praises aside, Mercedes you still need to do something about that rear seat. 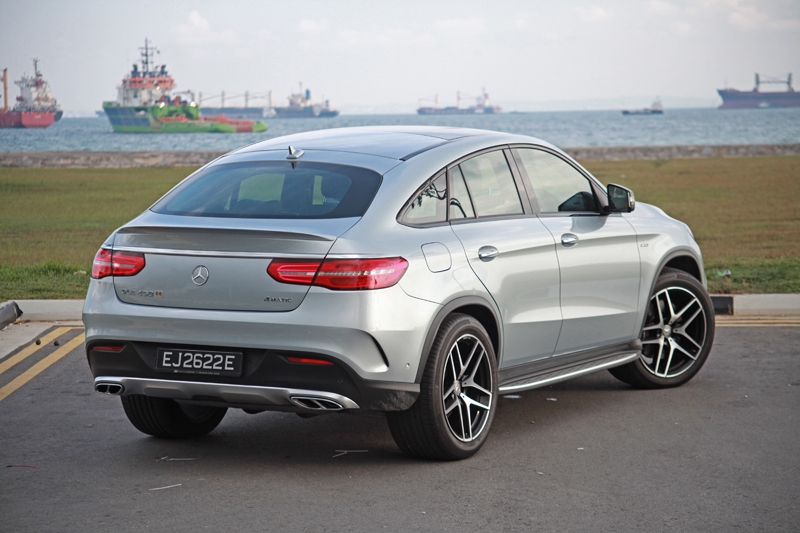 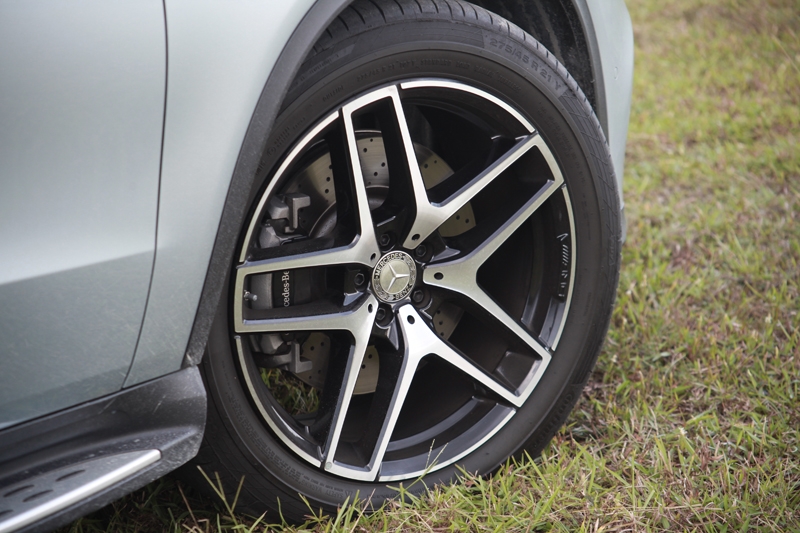 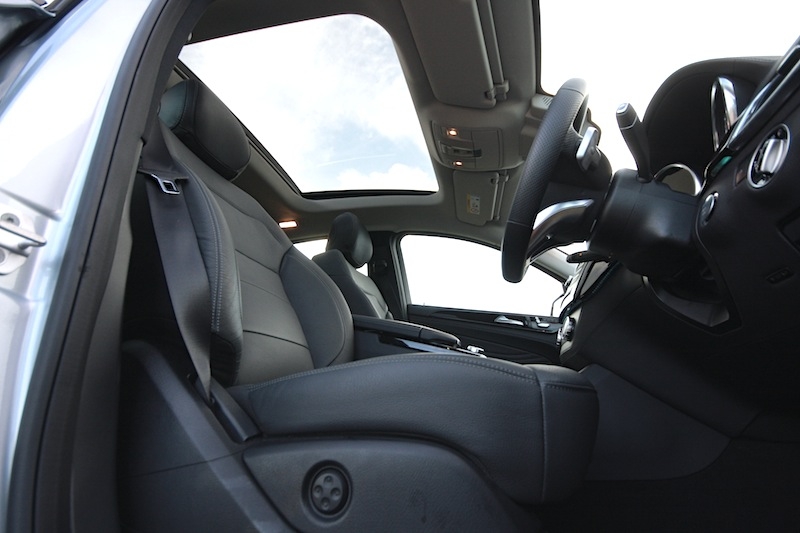 Large glass roof only tilts up - no sunroof option here 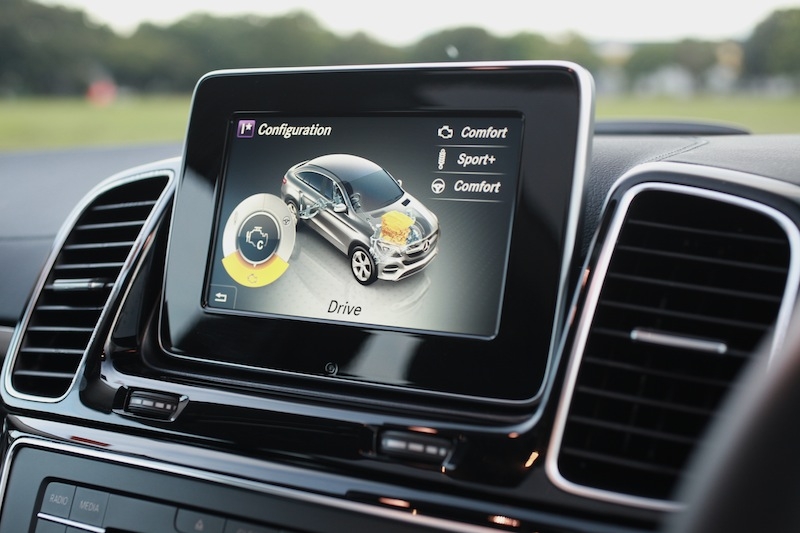