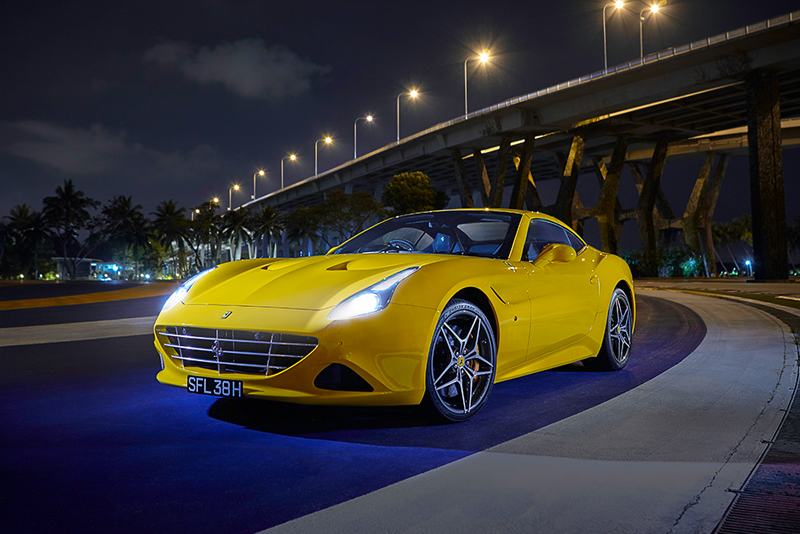 Designed to be a daily driver, the Ferrari California T is refined and improved.  A 2+2, the California has been extensively restyled. The former California featured lines that were much more angular and chiseled. The California now has more rounded, flowing margins.  The contours run sleekly from the fenders and hood through windshield and roof line to the nicely turned rear end. The resulting silhouette is aerodynamically efficient.

The new headlights which look like it was directly lifted from the 458 Italia, makes the car immediately more striking. You can be excused if you think that the California is just another hardtop with pleasing lines. However, it is more than that. If you hit the switch and wait 14 seconds, you find that the touring model is actually a drop-top. The California is equipped with a retractable hardtop that quickly slips out of sight behind the passenger compartment. Thanks to its intelligent design, the stored hardtop doesn’t take too much away from trunk storage. For a sports car, there is a fair amount of storage space - easily enough to hold luggage for a weekend away. 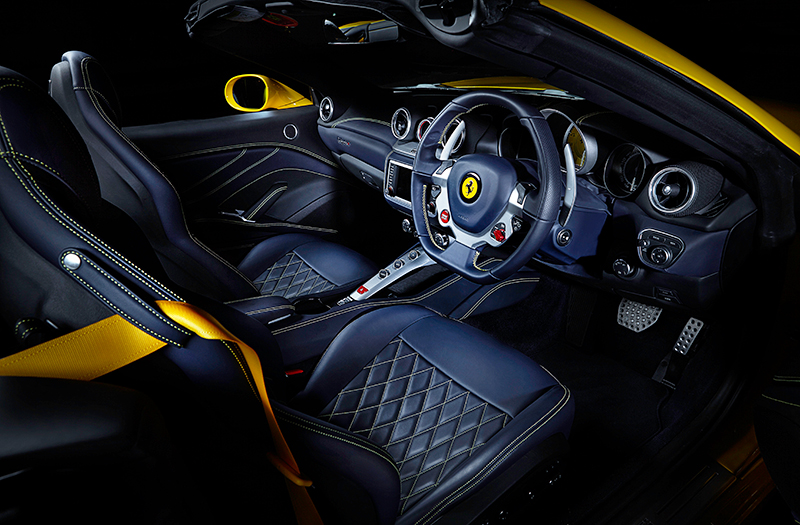 Once it is open to the air, the California’s profile take on a new life. The overall outline is still very clean. Indeed, the curves are natural, seeming to flow organically to the rear end. The passenger compartment seats four, but the rear seats are truthfully only for kids and pets. Getting into and out of the California is easy thanks to the wide-opening doors. Once inside, you find leather-upholstered seats, a staple of Ferraris, double-stitched of course. 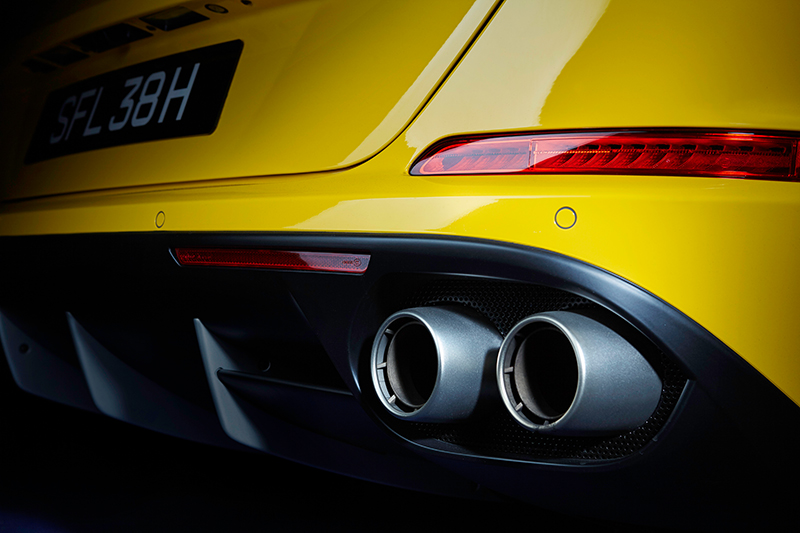 The seats are very supportive as they hold you firmly in place when you are putting the California through its paces. The driver’s seat is ergonomically designed so that it fits your frame very well. Ergonomics are a staple of the interior of the California. Not only is there more than adequate bolstering for good support, but it also provides a level of comfort allowing you to cruise for hours with ease. With the hardtop in place, there is more than enough headroom and shoulder room for a six-footer in the front seats. There is also more than sufficient hiproom for comfort. A child seat can be installed without much hassle too! 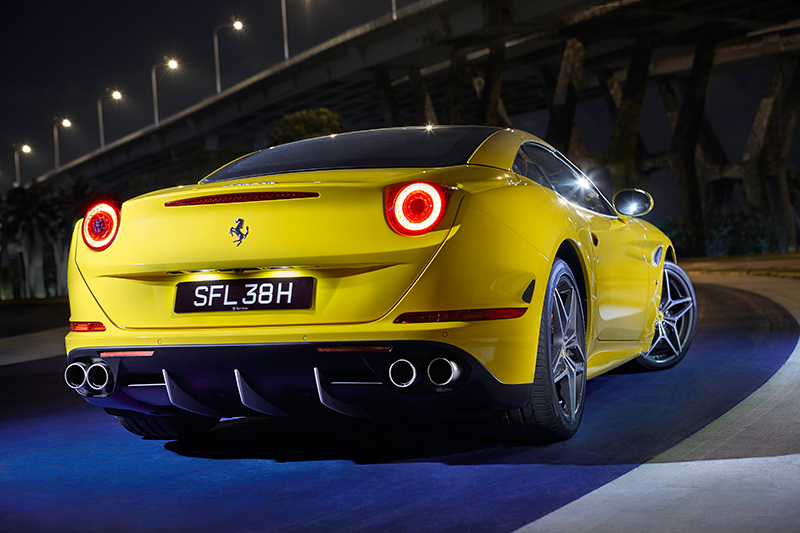 The interior design features controls that have been re-styled to move items such as the lights and wipers from stalks to the steering wheel. Also, there is a new 6.5-inch touchscreen display that combines control functions with a new infotainment/nav display. There is an interesting display panel located on the central console between the vents. Ferrari calls it the Turbo Performance Engineer. Through this panel you can easily switch between readouts for turbo response, efficiency and boost pressure. 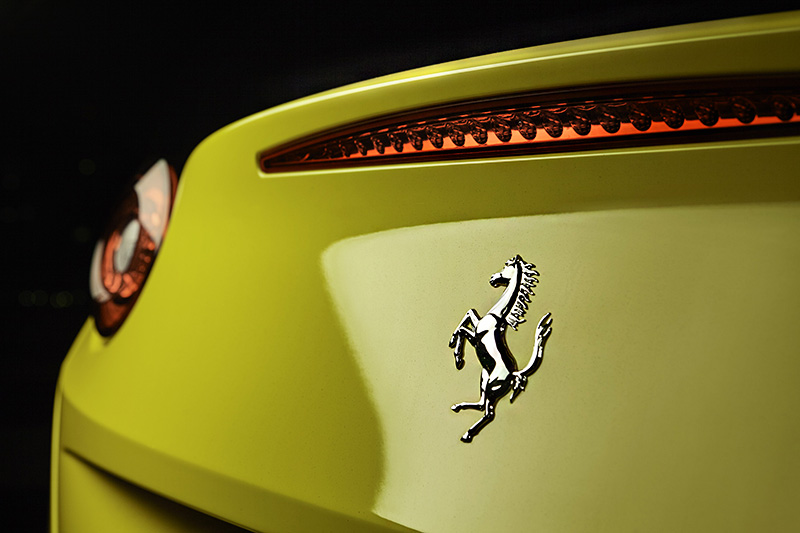 Like any other Prancing Horse, the California is ready to rumble. With a 0 to 100km/h time of 3.6 seconds and a top speed of 316km/h, the 560-horsepower from the California's turbocharged V-8 has more than enough power for any handling. The small, yet torquey 3855cc engine sports a power band that allows you to move quickly and smartly from low speeds to high. The turbos spool up quickly, so there is a minimum of turbo lag. But to the sensitive drivers it is still apparent but not intrusive. 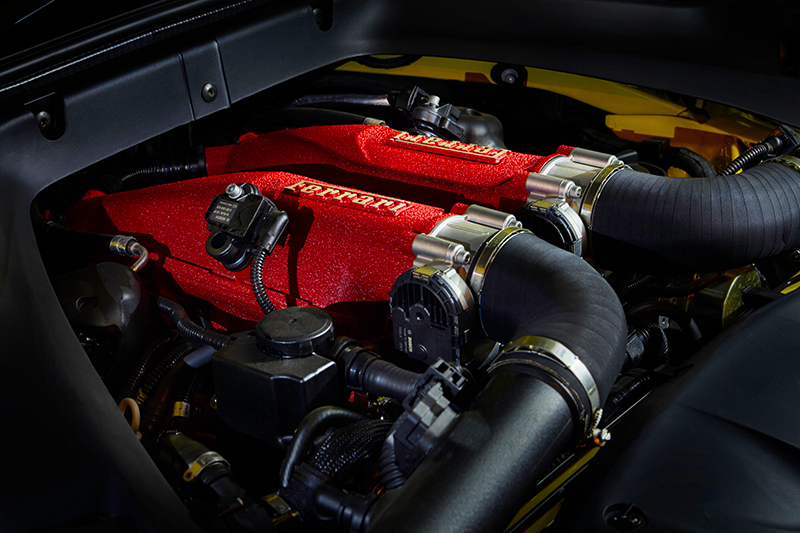 Launch control, as we discovered, is much fun but not as dramatic as others we’ve tested. Handling is well-controlled thanks to suspension changes and the use of Magnaride control. Magnaride is worth the investment because of the control possibilities that it gives you. Through turns and corners, the ride remains rock stable allowing you to scribe a precise line between major turns and corners. The steering is responsive, lightning quick and razor sharp, adding not only an extra dimension to the California T but also enhancing your driving experience. It is considerably better than that to its predecessor, but unfortunately not at the 458’s level yet. The exhaust and engine sound is slightly muted as envisaged but still an exceptionally capable head turner. 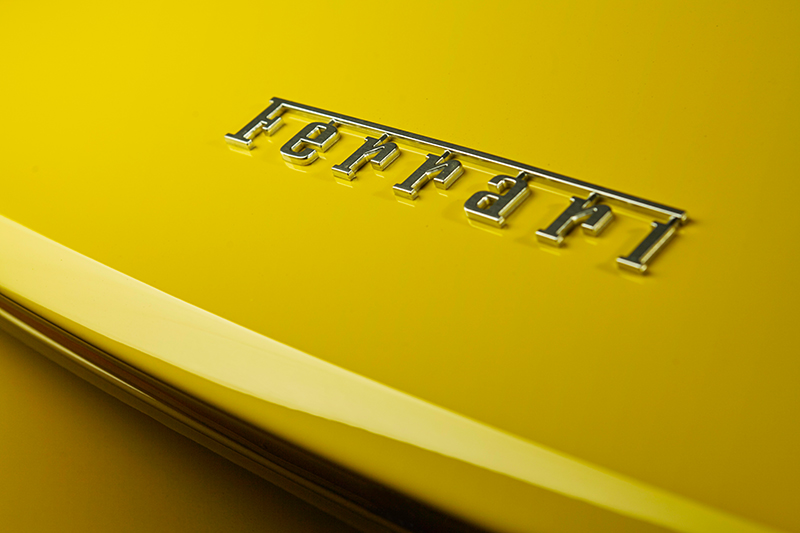 The restyled, refreshed California T is quite a car. With impeccable road manners, comfort and a wide range of features, the entry-level (what else would you call a Ferrari that costs “only” $900,000 or thereabouts) is a worthy successor to the model first introduced in 2009. Its ride and handling are improved, and its performance puts it back into the big leagues again. The features and content of the California make it a top contender for champion status — if daily drives were a competition, that is.

Related Articles
Hold your horses! It’s the Ferrari Purosangue BY Jonathan Lim
Could synthetic fuels be the carbon-neutral power source we need? BY Jonathan Lim
The VW ID Buzz is a reborn hippie van for the electric age BY Jonathan Lim
An EV-newbie's Virgin Experience | with BMW iX3 M Sport Impressive BY Vivek Max R
Sneak a peek at the BMW iX3 Marvel fans have been waiting for. BY Burnpavement