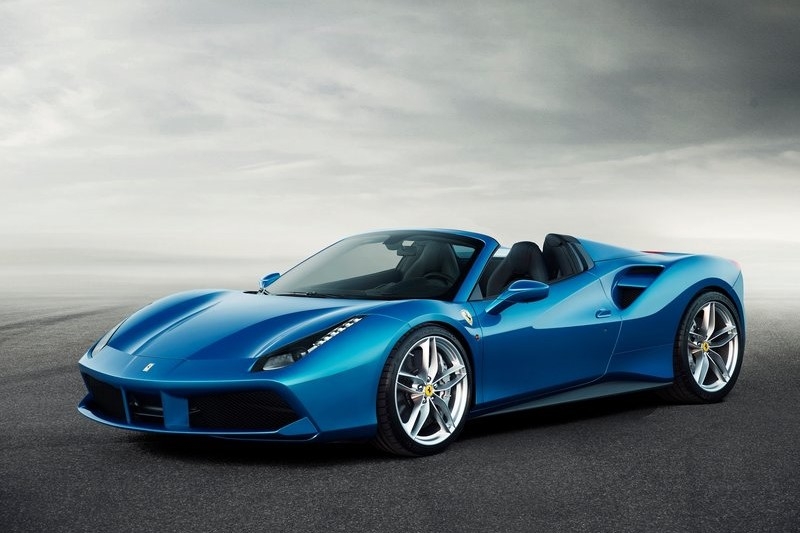 Hold on to your hats! Ferrari unveils its 488 Spider

661 bhp V8 convertible is Ferrari's most powerful drop-top yet

You wait ages for a new Ferrari, and then two come along at once… Here at Burnpavement we'd only just begun to calm down after the Singapore launch of the 488 GTB, when pictures of this, the new 488 Spider, got us drooling all over our keyboards again…

Just like every mid-engined V8 Ferrari before it, the 488 Spider's arrival comes just a few months after the coupe's, and apart from the folding roof, is mechanically identical. This means the 3.9-litre turbocharged V8 contains 661 rampaging Italian ponies, about 100 more than the old naturally aspirated 4.5-litre engine. So despite the Spider weighing about 50kg more than the GTB at 1525kg, Ferrari claims the 0-100km/h time is unchanged at 3 seconds flat. 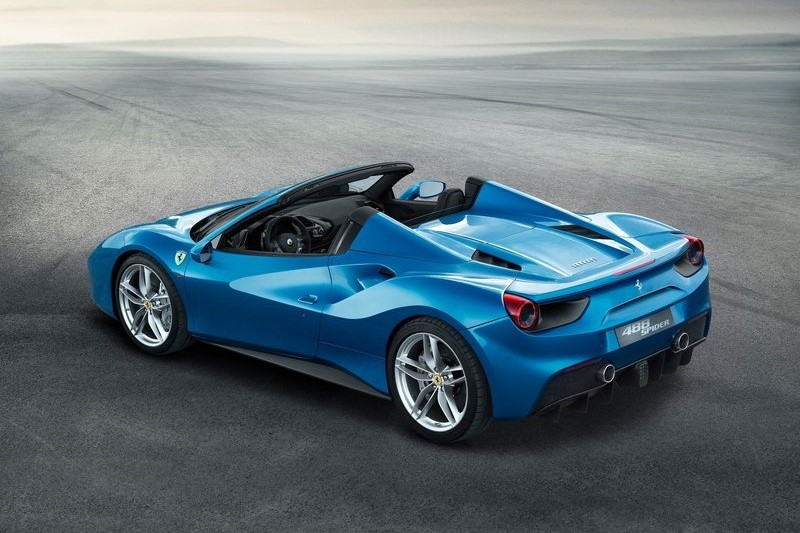 The two-piece retractable hardtop is carried over from the 458, and can fold away in just 14 seconds. Ferrari says the 488 Spider is their most aerodynamic drop-top yet, thanks to the flying buttresses behind the headrests that guide the airflow into the air intakes, a rear spoiler that channels air through a gap in its rear lip and an active diffuser that varies its position according to speed and throttle input. 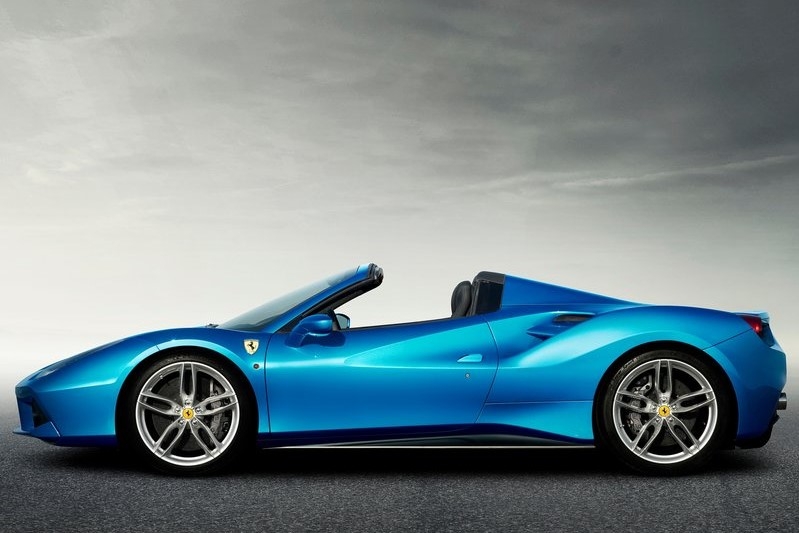 In a nod towards occupant comfort, the Spider's rear window can be set at three different positions depending on how protection from the wind is wanted, and can even be lowered when the roof is up to better let the engine's metallic roar be heard. 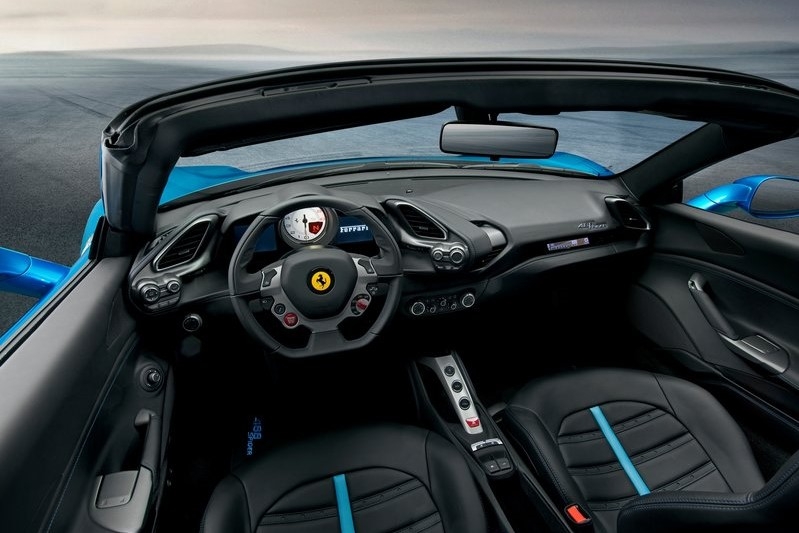 With many other open-roofed sports cars, the loss of the roof usually means body control and handling go out the window. Not so in this case though, as Ferrari has used 11 different varieties of aluminium alloy to construct the 488 Spider's chassis, resulting in the car being 23% stiffer than the 458 Spider, which will benefit ride and handling. Not only that, but in a further bid to keeping drivers on the roads and out of ditches and guardrails, the car's electronic driver aids such as the Side Slip Angle Control (SSC2) have been tweaked, which will allow the 488 Spider to accelerate even faster out of corners. 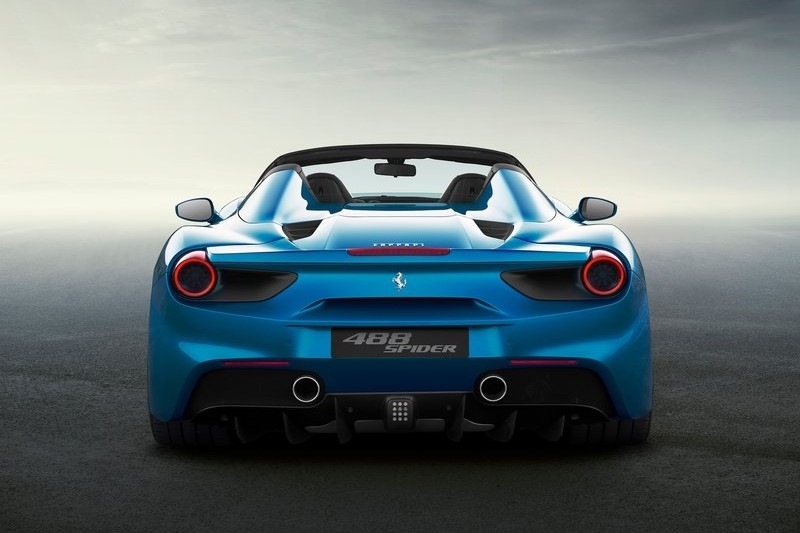 The 488 Spider will have its official public debut at the Frankfurt Motor Show in September, with Singaporean deliveries likely to begin in 2016. 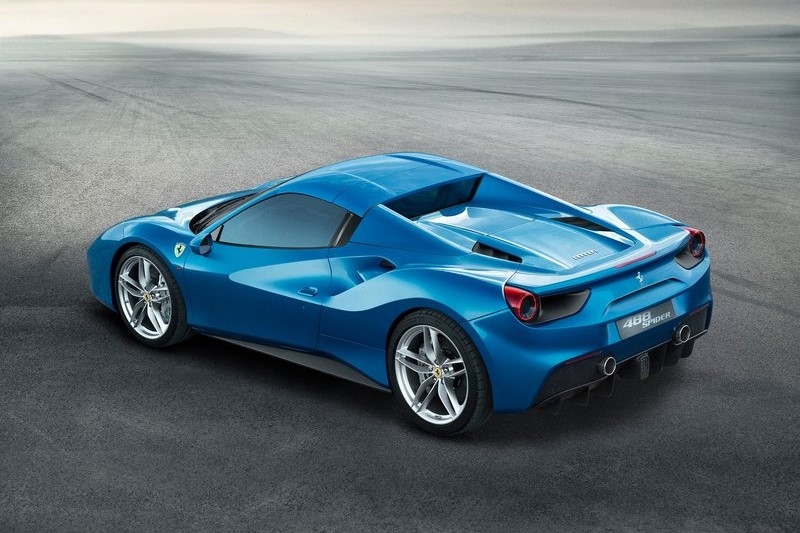 Related Articles
The BMW 2 Series Gran Coupe arrives in Singapore BY Jonathan Lim
Hyundai Ties Up With Canoo to Develop Platform for Future EV Platform BY Keegan Gan
Get Ready For A Quiet Revolution... BY Keegan Gan
Ford Develops 3D-Printed Wheel Nuts BY Keegan Gan
Pirelli's Tyre Of The Future BY Keegan Gan