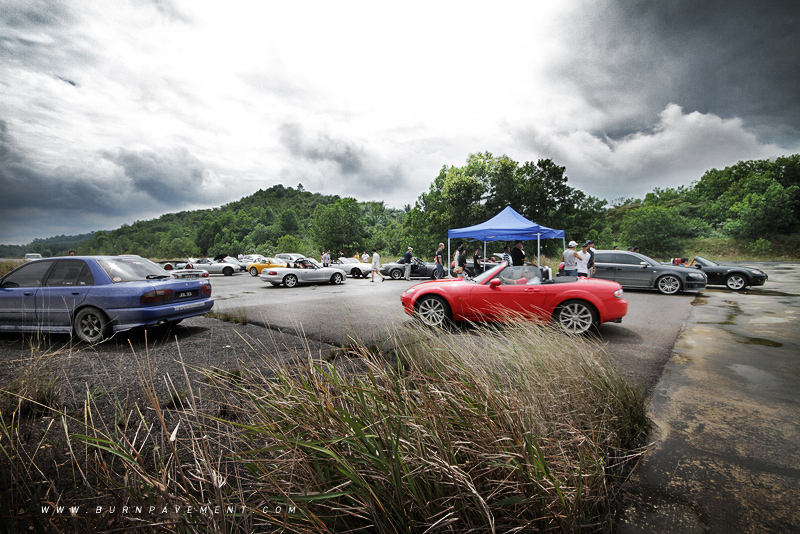 Focused on learning more about their cars while having fun, the local Miata club guys set out with their roadsters to the Nusajaya Flight Park last Saturday. We join them to bring you this story.

What started out as a gloomy and rainy saturday morning soon turned out to be a blessing in disguise, giving members of the Miata (aka MX-5) club a chance to pilot their nimble roadsters in both wet and dry conditions.

The Gymkhana course, designed and guided by former A1 GP driver Denis Lian was techincal and complex, incorporating 180 degree spins and 360 degree spins. Memorising the course proved to be a challenge initially, but by the time drivers were out on their 2nd run, they were confidently handling their cars with much finesse.

Overall it was a fun-tastic session, made even better with the company a bunch of friendly guys and their better halves. If you own an MX-5 and would like to sharpen your skills and discover more about your car, feel free to drop in at www.miataclubsg.com

Cool weather was better appreciated and much preferred over having the scorching hot sun. 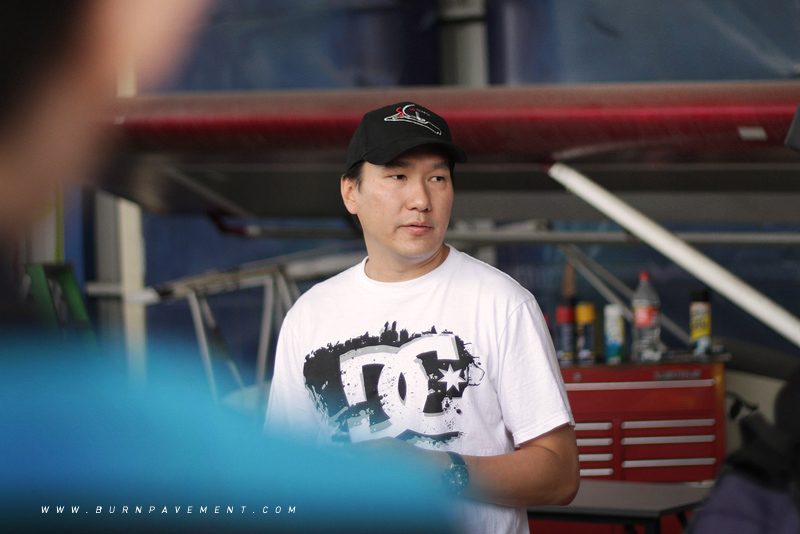 Former local racer Denis Lian giving drivers the rundown on the dos and don'ts of the course. 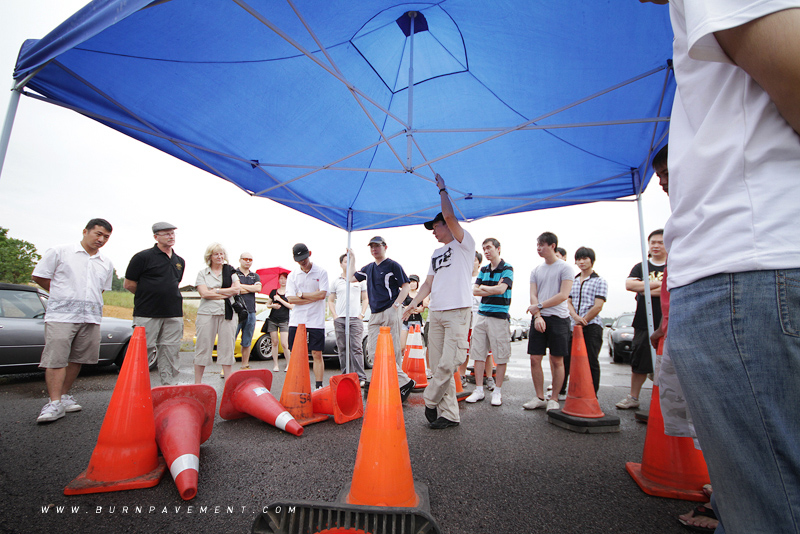 One last briefing before the drivers walk the course. 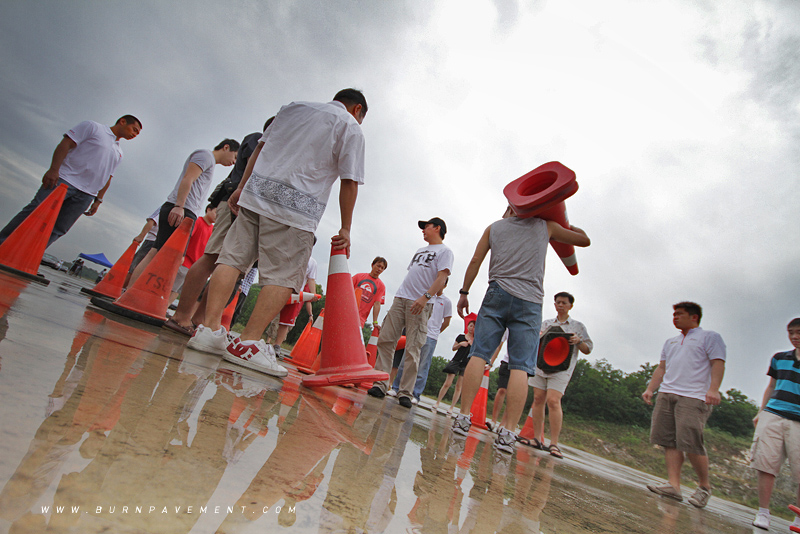 Walking the actual course and placing the cones help with familiarisation of the circuit. 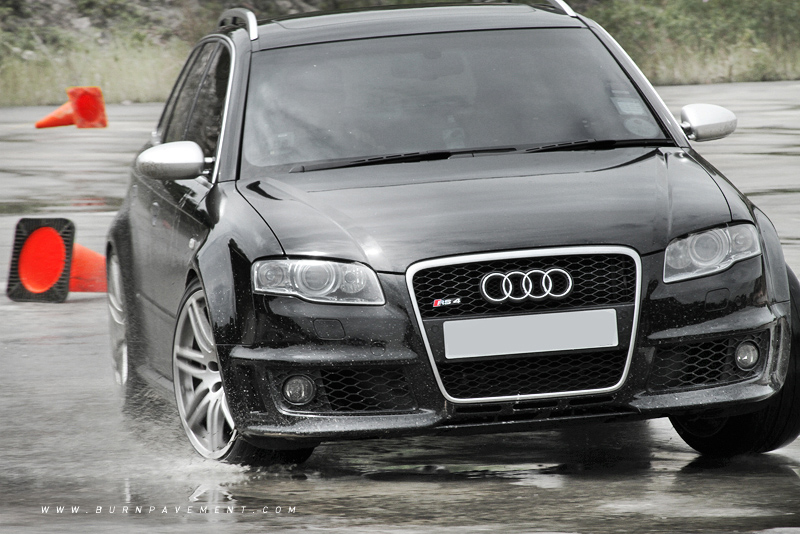 Handsome Audi RS4 not exactly the most appropriate Gymkhana weapon, but if this V8 brute can do it, so can an MX-5. 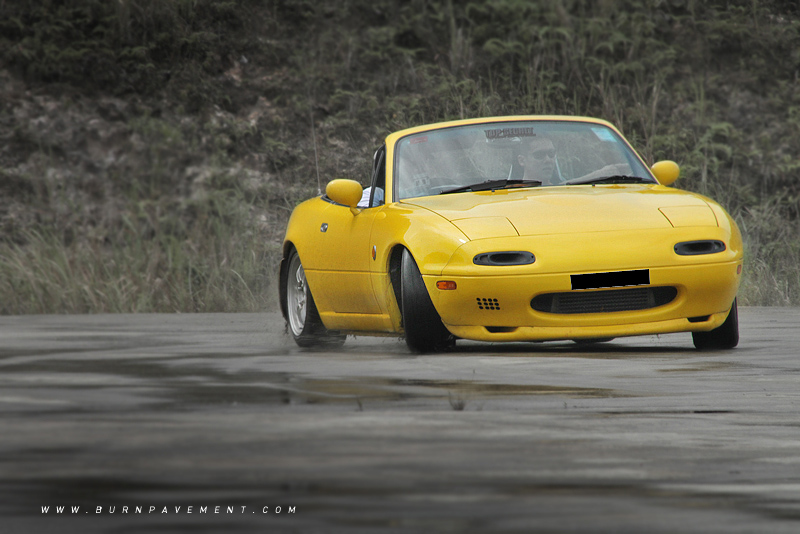 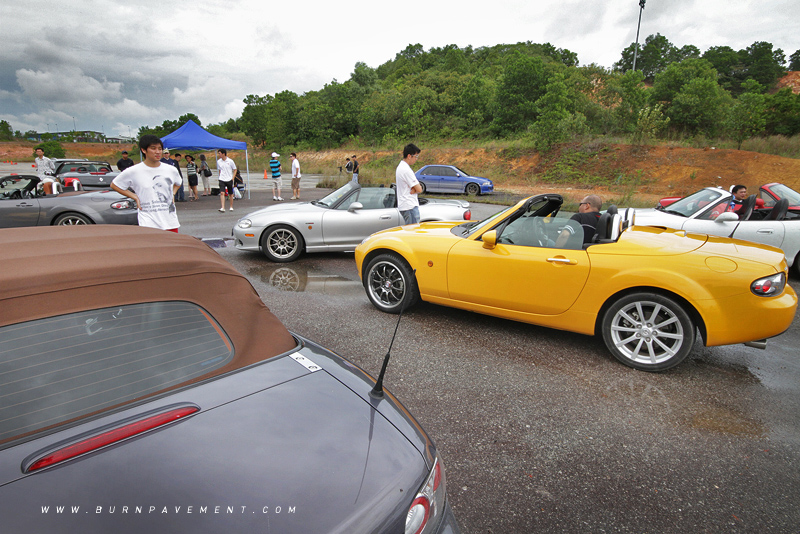 Owners line up to have a go at the circuit two-by-two. 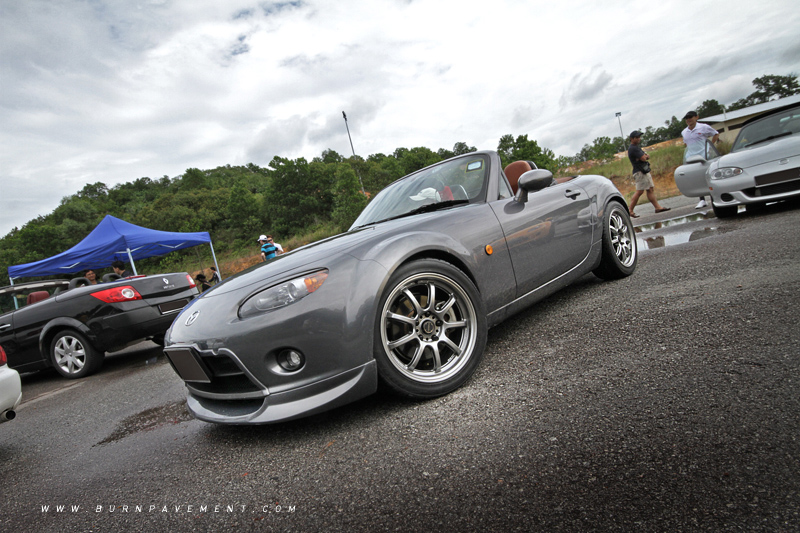 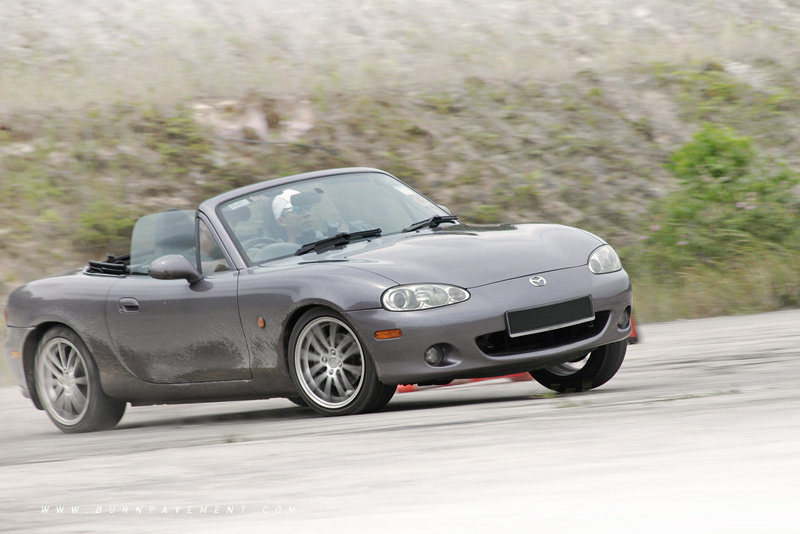 NB series Miatas made up the bulk of the roadsters on that day. 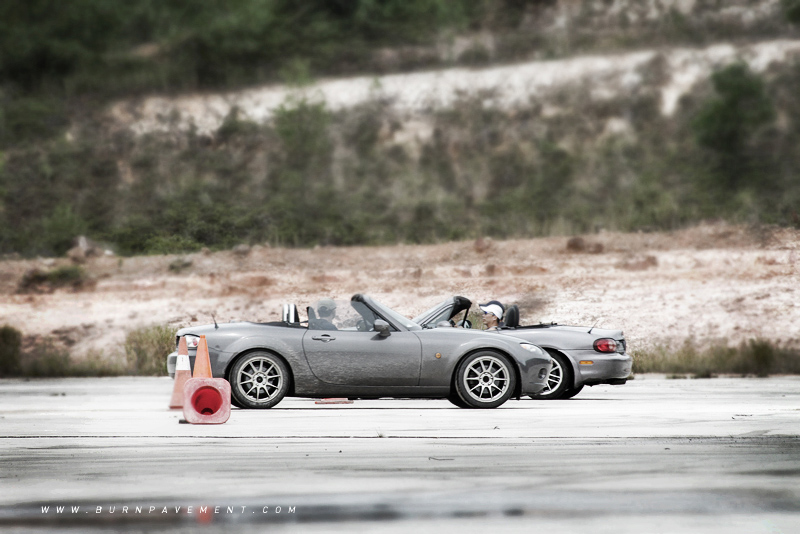 Shootout! Drivers start at opposite directions of the course - the first person back at the starting point, wins! 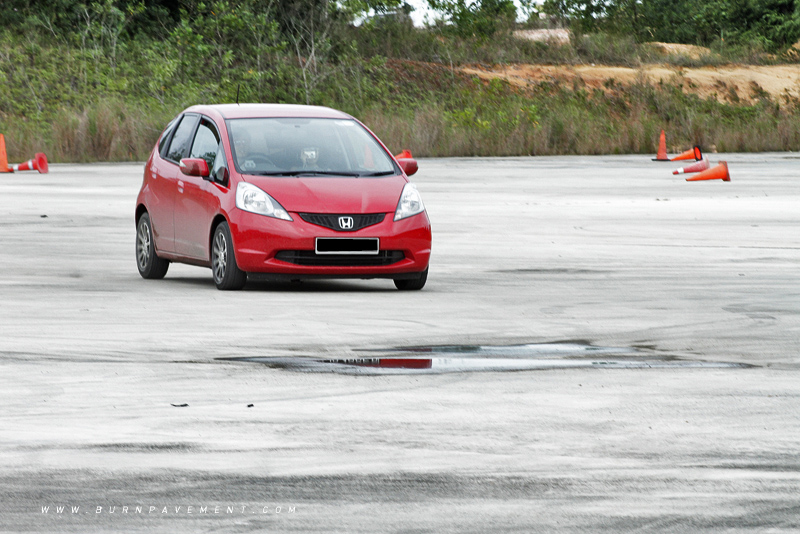 Lone Honda Fit did well to edge out his competition in the shootout. Time to sell your Miata? 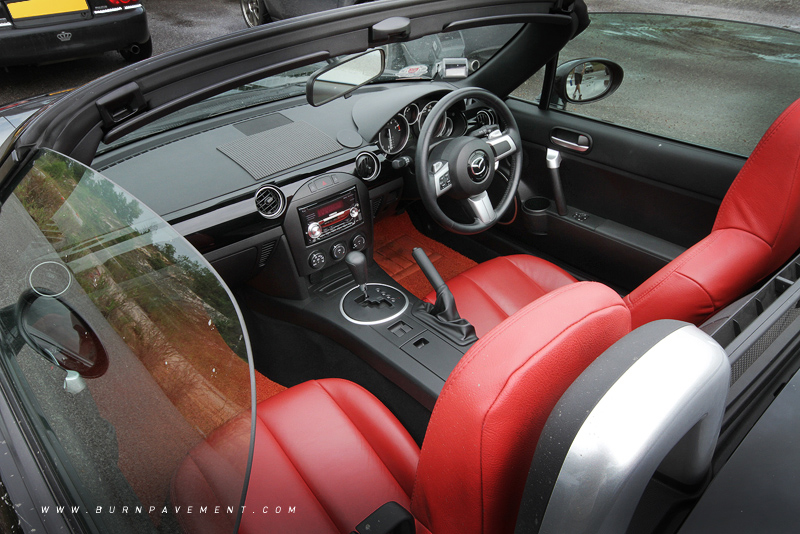 NC series interior a nice place to be in, especially with this fuse of stark red, black and aluminum. 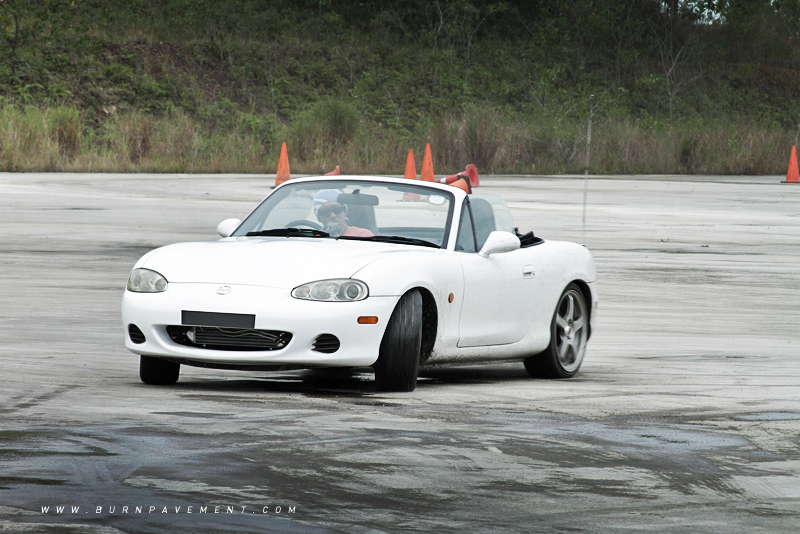 This car was going sideways most of time, providing some visual entertainment for the group. 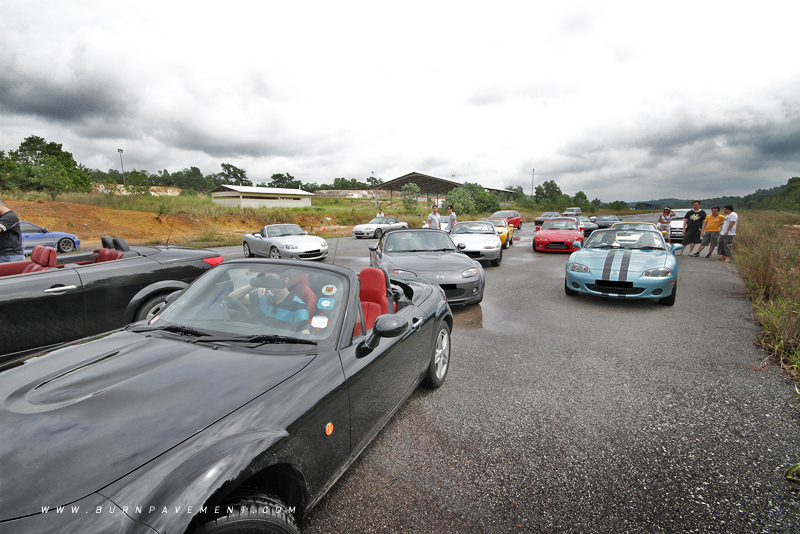 An awesome day that started and ended well. Looking forward to the next one where hopefully we'll bring our little roadster along for the ride.