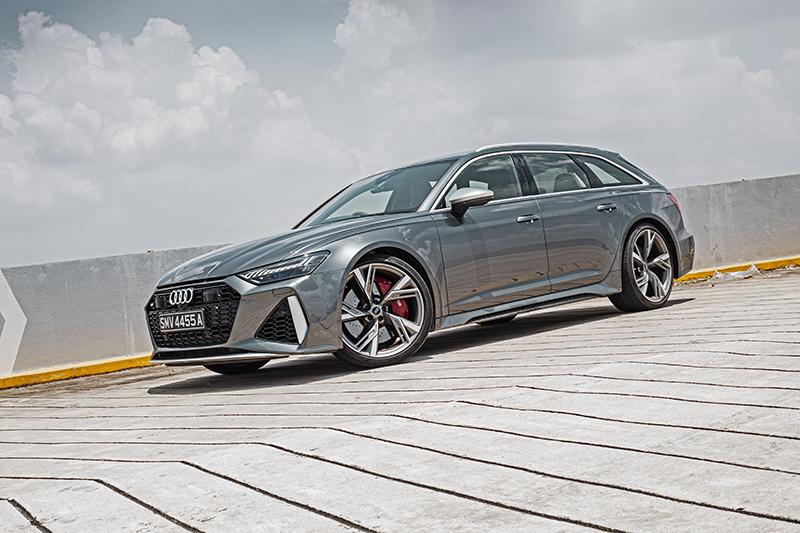 A Class Of Its Own | Audi RS6 Avant

What do you get when you’re fortunate enough to own a stable of supercars but need a practical daily driver that’s just as quick and ‘showy’? The Audi RS6, of course.

The long-standing choice for discerning drivers who love cars and enjoy speed, but need something that can fit the kids, the dog and all their stuff, has been the RS6. Sure, you could get an M5, but that’s a bit common, and the boot isn’t large enough to swallow a bike. A Mercedes G-Wagon would do the space-thing well, but isn’t exactly a hoot to drive – please don’t say “What about the AMG G63?”, yes, it could sprint in a straight line, but it won’t, urgh, just don’t.

So yes, the Audi RS6 is still the crown bearer. If you couldn’t already tell, it’s also been one of my dream cars for the longest time. Yup, right up there at the top of the list. The RS4 sits quite close to it too. 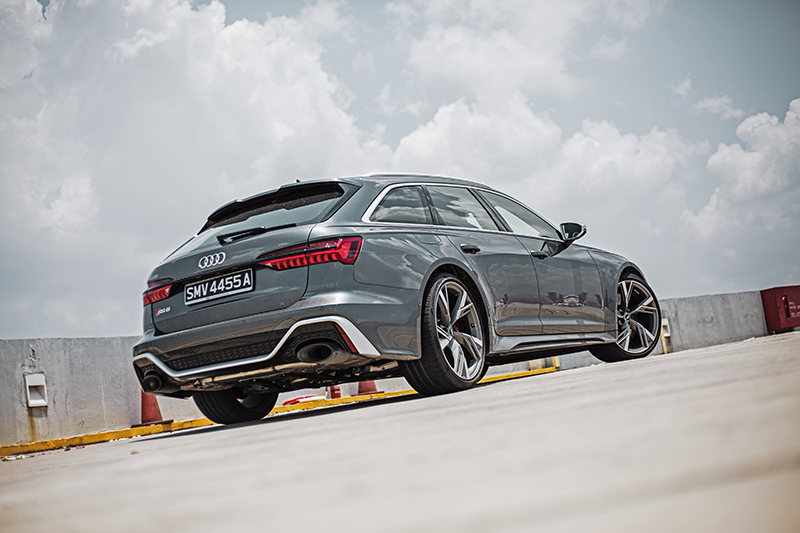 So what is it, and why is it so good? Well, for one, it’s got a very uncommon combination of things. The receipt itself is unique; it’s an estate (that’s rare in itself), it’s got a wide-body with flared arches (only rally-inspired cars have that), it has supercar-killing power and speed (only, erm, supercars have that), and it can be as practical and as comfortable as a large-sized limousine. 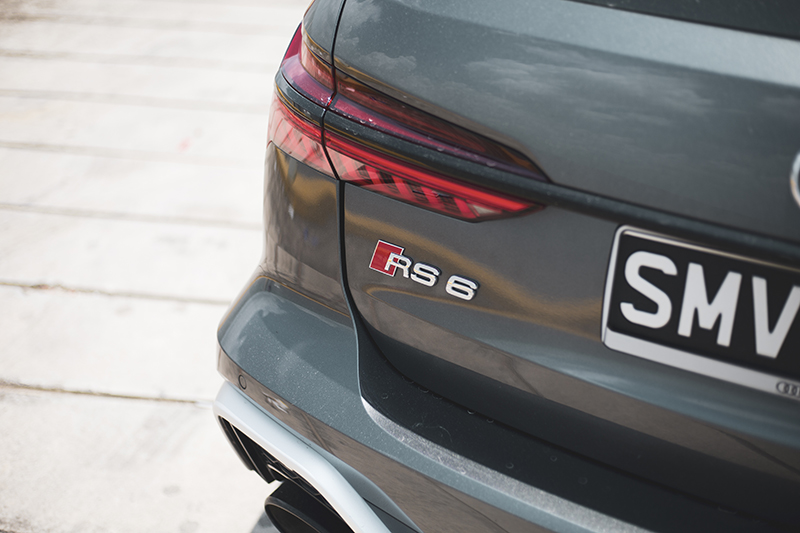 So let’s start with the looks. The latest RS6 is always the fiercest one. With every iteration, Audi has to outdo themselves, and thankfully, they never get it wrong. I mean, just look at it. It is a mad, mad looking car. 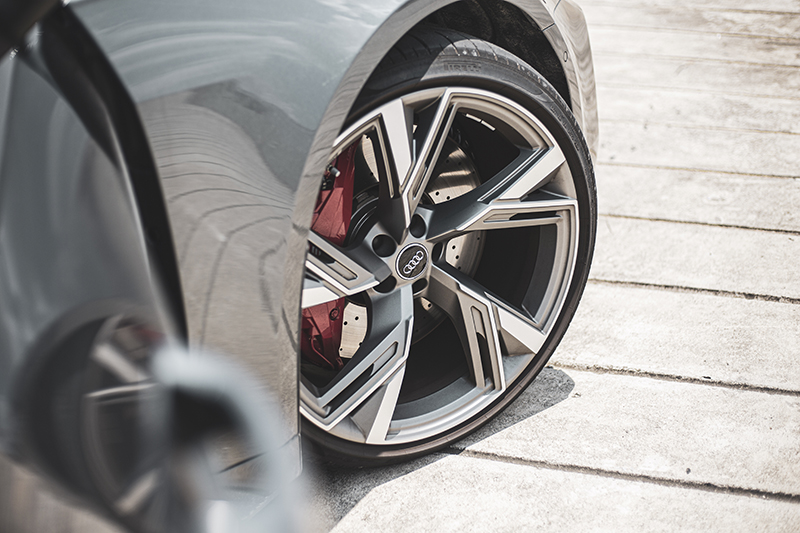 It’s menacing from every angle but in a handsome sort of way. The enormous 22-inch wheels fill up the arches nicely, and the overall stance is pure aggression. It’s also got some nifty HD Matrix LED and Audi laser headlights, so there’s no missing it in the dark too. 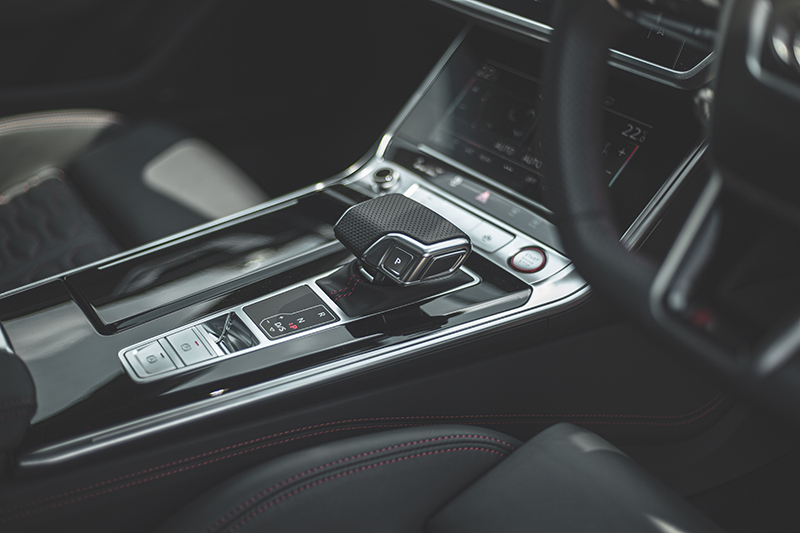 On the inside, Audi has thrown the whole tech catalogue at it. Like many modern cars now, touchscreens are found everywhere, and all the instrumentation is digital now. The fittings are trimmed in satin silver aluminium and contrast well with all the dark leather and interior panels. 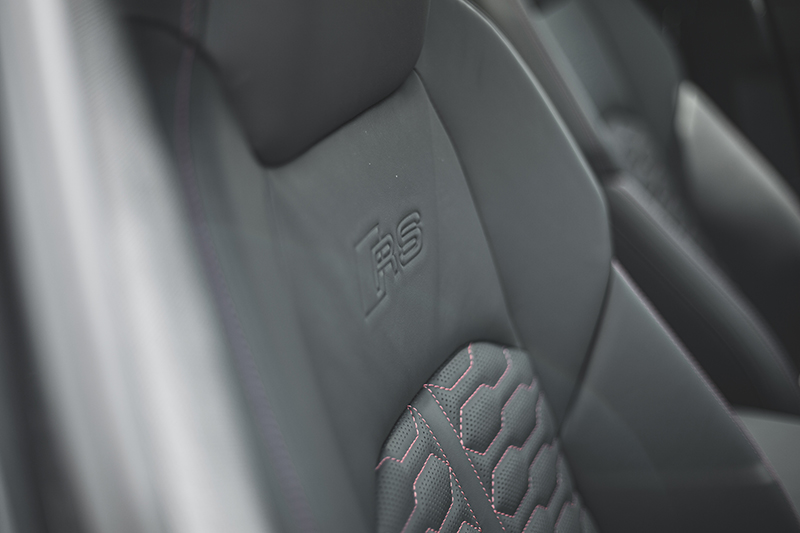 The seats are not particularly wild-looking but are still sports buckets with Nappa leather and stitched with red thread. There’s an Iron Man-themed design motif around the centre, which is cool but seems a bit fussy for me. Otherwise, it’s the same sound quality stuff from Audi. 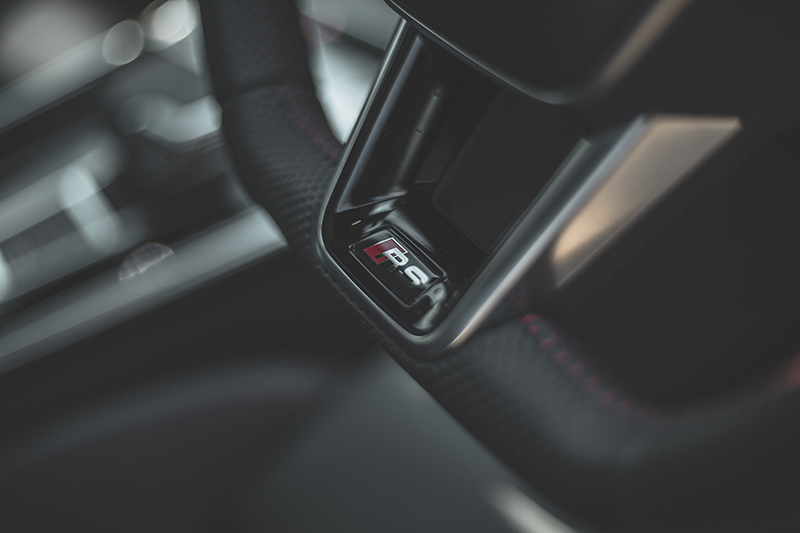 The steering wheel is a flat-bottomed RS emblazoned piece. Want to show someone you mean business? Hit the RS switch and wake the animal up! You’ll find a cool quick-access RS Mode button that allows you to preset your favourite settings and save them for that instant activation. 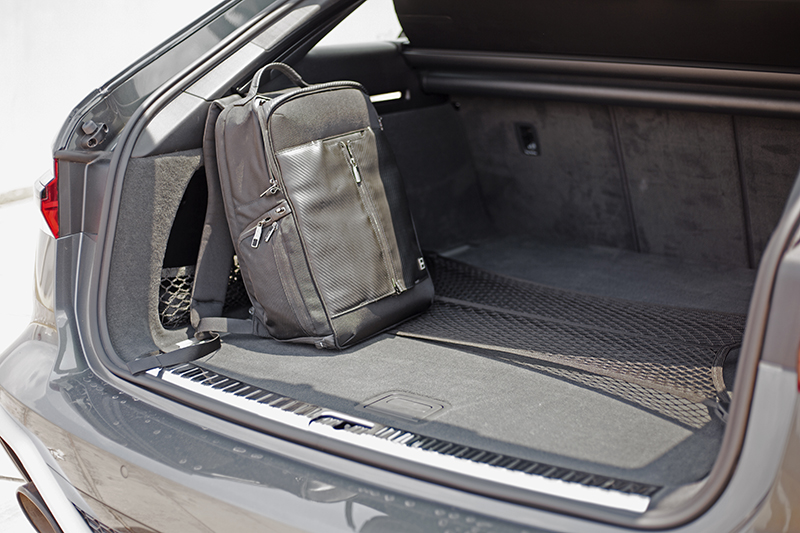 Of course, space is hardly a concern with the RS6. There’s lots of legroom for everyone, and the boot will hold 565 litres of cargo and can stretch up to 1,680 litres when the rear seats are folded down. Like I said, hardly a concern, more like a consistent strength of the car. 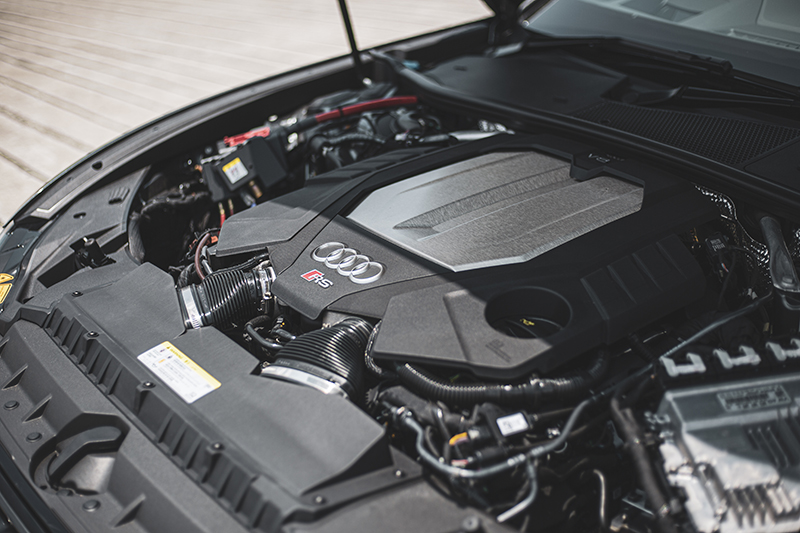 So, how fast? Well, supercar-fast. A Mitsubishi Evo 9 has 400 Nm of torque, the RS6 has 800. Yup. Go from tapping your fingers on the steering wheel to grabbing them for dear life in 3.6 seconds. All thanks to a bi-turbo V8 that explosively pumps out 591 bhp. 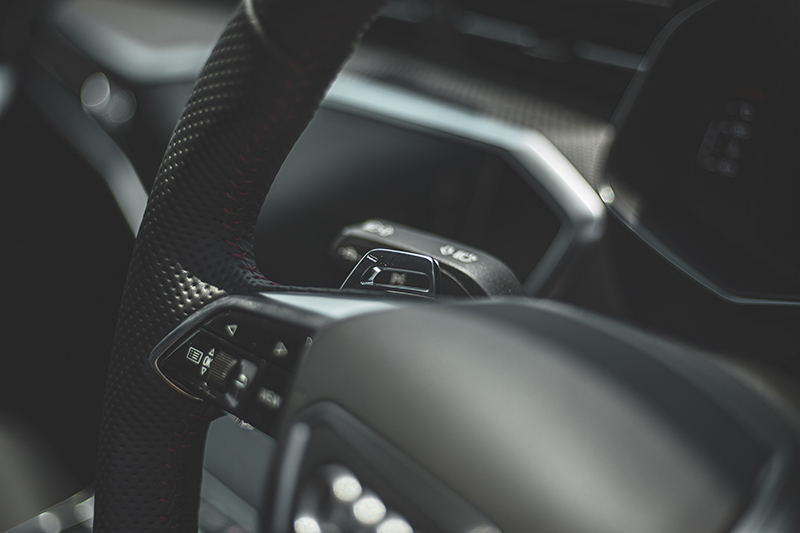 But here’s the thing, though. The RS6 Avant has grown up yet again. I had the pleasure of driving the previous model around Sepang for a few laps, and it already felt a little soft. It was still a capable track tool, but it was clearly made to chomp miles on the NS Highway (which it did!) quickly. 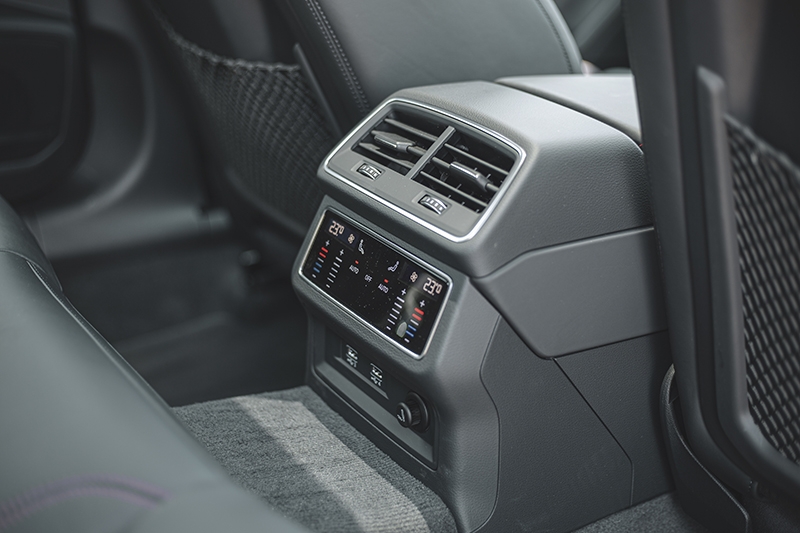 This new one is even more … comfortable. Even on the huge wheels and thin, low-profile rubber, the RS6 feels like it’s on a magic carpet. The superb sound insulation also means that the V8 rumble is muted and less audible. I wasn’t the only one who noticed it; my wife actually commended it and said that the RS6 was a delicate balance of a sports car because she could hear the rumble, feel the speed, yet it wasn’t too loud. That’s not good. Or is it? 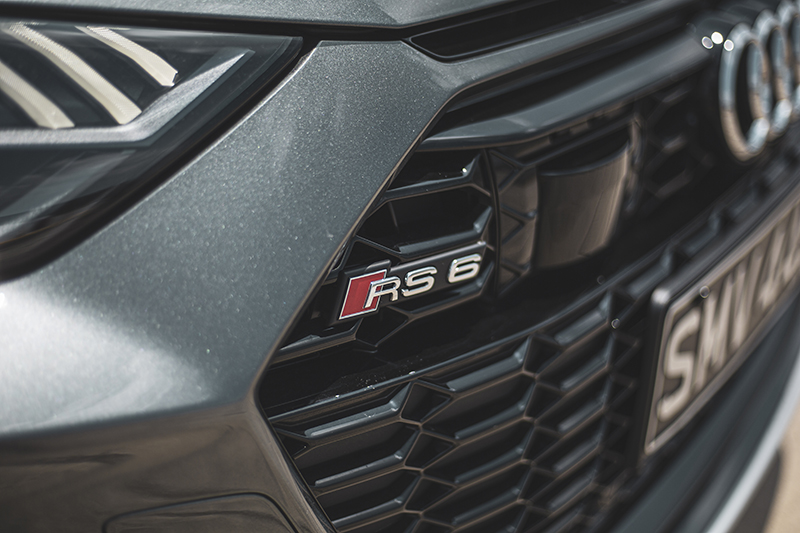 If the RS6 is your only car and you like to be a bit flamboyant at times, then pick a flashier colour and maybe swap the exhaust out for an Akrapovic kit. 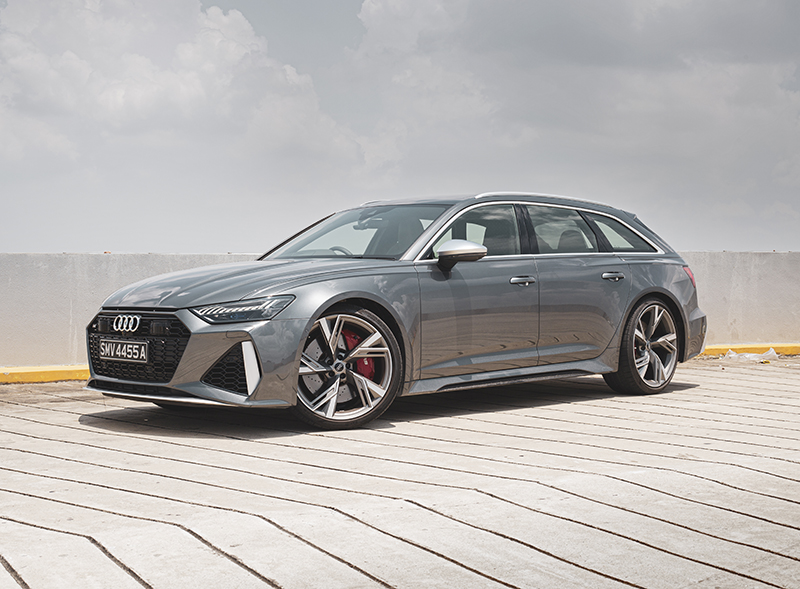 But I’m guessing the RS6 caters to owners who would be in their late ’40s or mid to late ’50s. These guys have enough money to buy whatever they want, and probably already have (or had) whatever they fancied (think Ferrari 488, Porsche GT3 or McLaren 600LT), but want something that works daily that won’t give them a headache or a backache, yet makes a statement about their choice in cars. 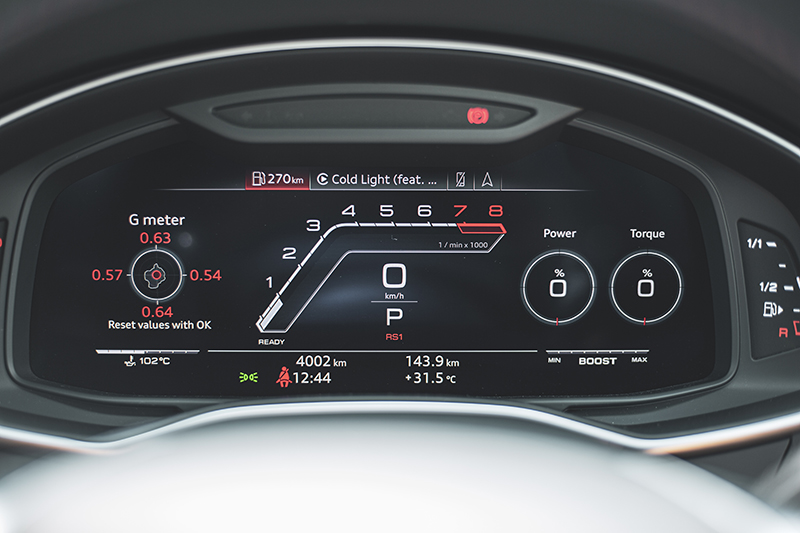 For every driver like that, the Audi RS6 Avant is perfect. 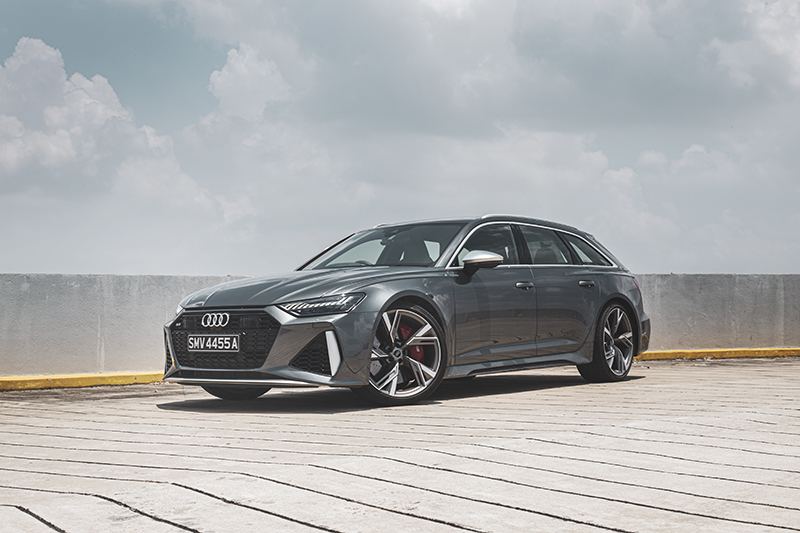