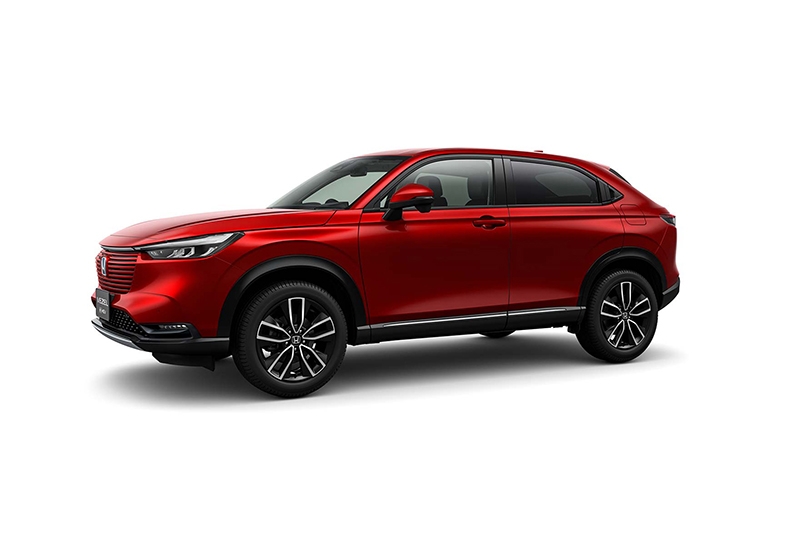 Honda’s pulled the wraps off the latest, third-generation HR-V (Vezel) in Japan, with a more angular, straight-edged look than its predecessor. Unlike the existing model which features organic-looking curves and creases, the design of the new model has been cleaned up with more angles added.

For starters, there’s now a larger, horizontal six-point grille up front that’s congruent with Honda’s new corporate face. They’re flanked by sleek new LED headlights that incorporate eyebrow-esque daytime running lights, and are connected to each other by the top strip of the grille.

Gone is the dynamic ‘swoosh’ that ran down the side, with the new car sporting a cleaned side profile. There’s now a single straight line that connects the bonnet to the taillights, in contrast to the sloping roofline.

The outgoing model’s coupe-inspired styling is now made even more coupe-like, with an increased rear windscreen rake. This results in a much more fastback-like side profile that mimics the Civic Hatchback. Interestingly, Honda claims that the steeper windscreen hasn’t adversely affected rear-seat space, perhaps thanks to the additional 20mm in wheelbase.

Around the rear, stylish new clear-lens LED taillights add some flair, with a connecting LED light strip that matches the styling cues up front. The number plate recess has also been repositioned downwards, in line with other current Honda crossovers such as the CR-V.

Inside the cabin, there’s more angular and minimalistic styling going on, with a slimmer, redesigned dashboard. The horizontally-themed layout incorporates full-width air vents, which comes with a unique airflow control knob offering a ‘diffused air’ setting.

On the centre console is a floating 8-inch touchscreen for the Honda Connect infotainment system, which comes with a dedicated smartphone app while offering the usual suite of connectivity options. Audio now comes through via a 9-speaker setup, up from the existing 6 you get in the outgoing model. Additionally, the centre console also houses the new slimmer climate control panel from the Jazz and City – except that it’s a dual-zone affair in the HR-V. 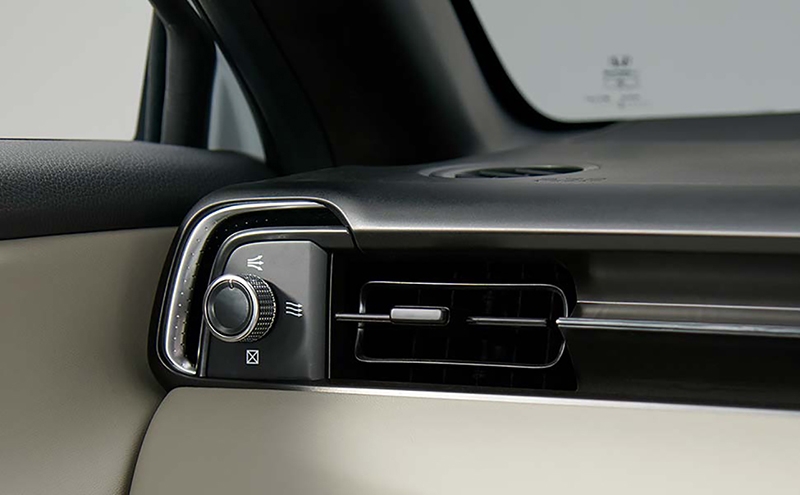 Other new kit in the cabin include a larger panoramic sunroof, rear air-conditioning vents, and a hands-free electric tailgate. We also hear that the nifty ULTRA seats have been carried over, so that’s a plus in the practicality department. 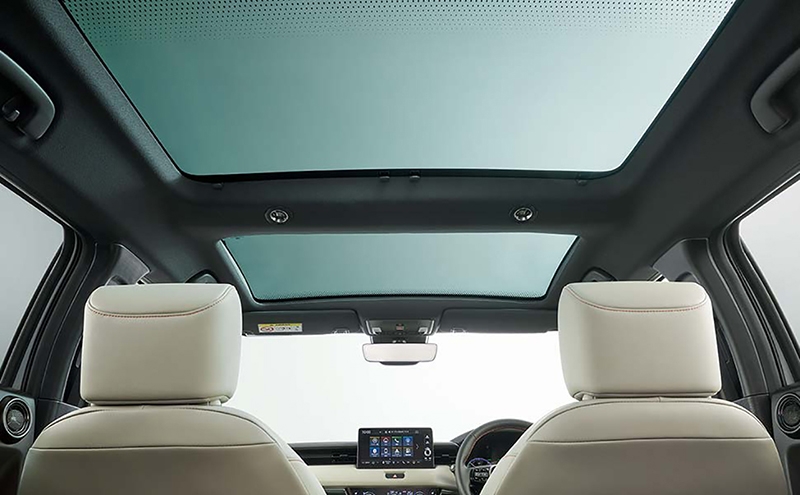 For now, the new HR-V is expected to arrive in Singapore with the same drivetrain as the outgoing model, with the e:HEV hybrid likely joining the lineup. Power figures for both petrol and hybrid versions are still unavailable, but we’re guessing similar numbers to the outgoing model. This means 129 bhp and 153 Nm from the 1.5-litre i-VTEC engine, paired with the same CVT gearbox.

We haven’t yet heard news from local Honda distributor Kah Motor of the new HR-V. However, the popular crossover should arrive in showrooms in the second half of the year.