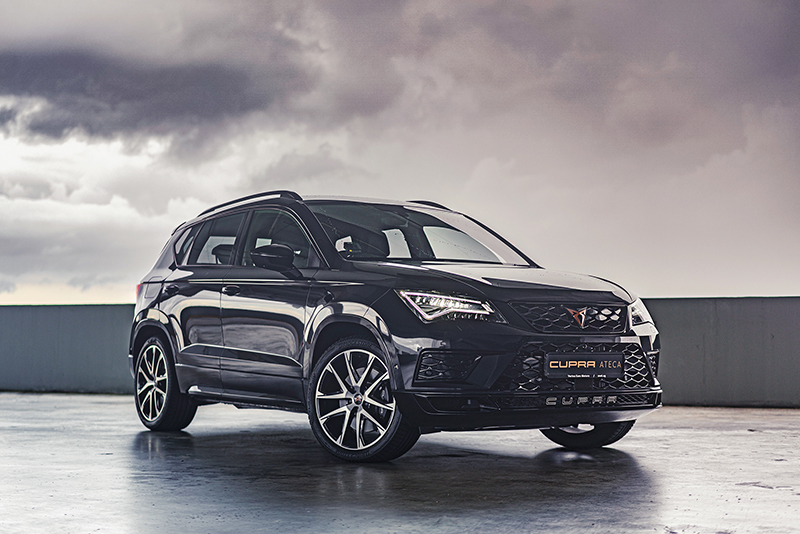 It might not be a common choice, but ignore this performance SUV at your own risk!

This is not a SEAT. But you'll need to go to the SEAT showroom to buy it. Let me explain. The performance (think about what AMG is for Mercedes Benz) of the SEAT brand has repackaged itself as a standalone brand - Cupra. It has its own logo, branding, colour scheme and even its own little corner in the showroom.

It started with the Cupra Leon, then now the Cupra Ateca SUV we see here and soon, the Cupra Formentor Coupe SUV - which will only (likely) be sold as a Cupra. 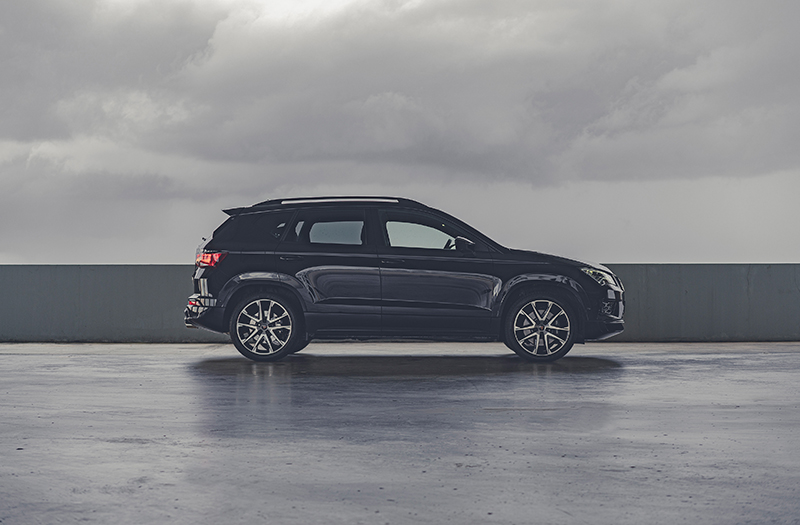 You can see though, that the Leon and the Ateca are merely appetisers to the full-on brand cars that will eventually come out of the Spanish marque. But that not to say that this appetiser is a mild one, in fact, I'd go as far as saying that you might even want to skip the main course for now, because the Cupra Ateca is really that good. 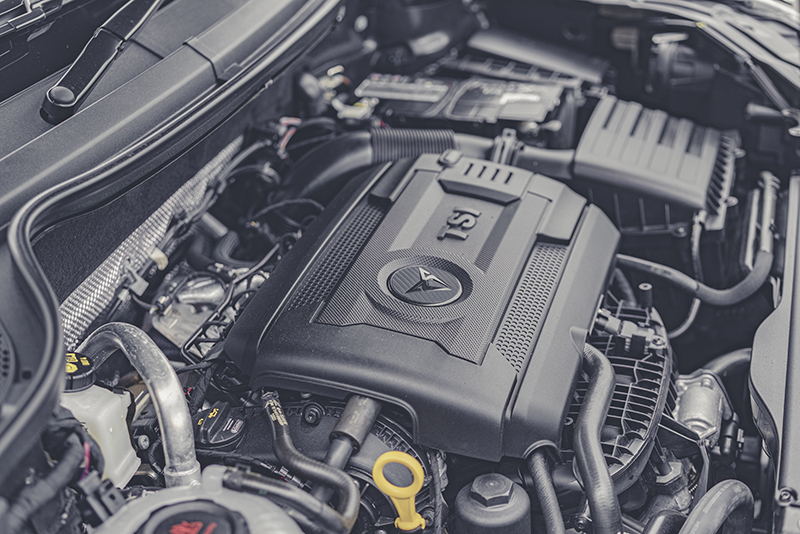 For starters, it packs a 296 bhp punch (tune it a bit and you can brag to your friends that you have a more-than-300 bhp-SUV). This comes from the turbocharged 2.0-litre unit found in VAG's group of performance rides, and the 400 Nm of torque pushes the car from nought to 100 km/h in mere 5.2 seconds. 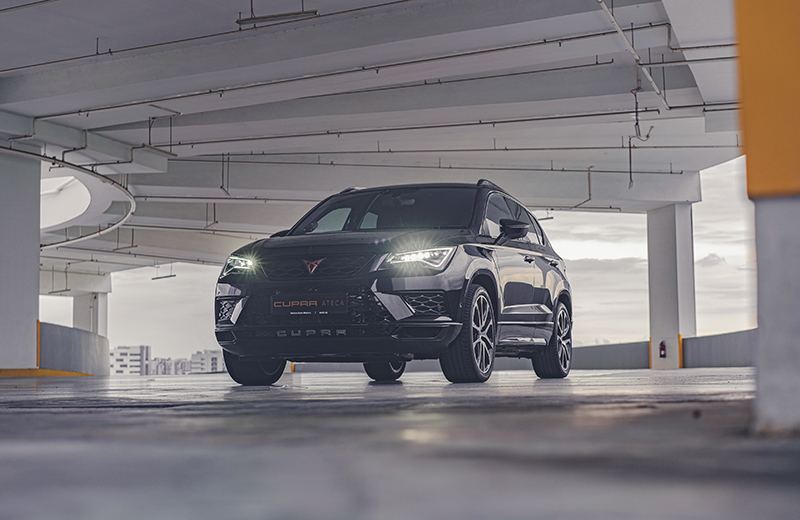 That's quick. Plus, it's pretty nifty round the corners too. Fling it into a series of corners and the Cupra Ateca will grip and hold firm, the only thing that will discourage you from pressing on is the overall ride height that reminds you that you're still after all, in an SUV. 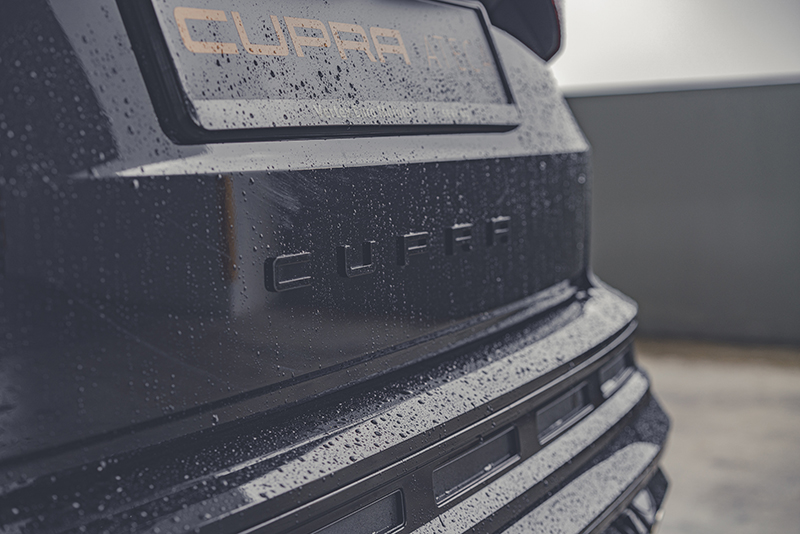 But this is no heavy-weight burly chunk of metal. No. This SUV manages to feel light and nimble at every turn and really let's you explore its sporty abilities as a practical and fast family car. Switch to Cupra mode and the car gets nastier and (a bit) louder. It's not really a Jekyll and Hyde transformation. But it's what you came here for, and for what it's worth, it's OK! 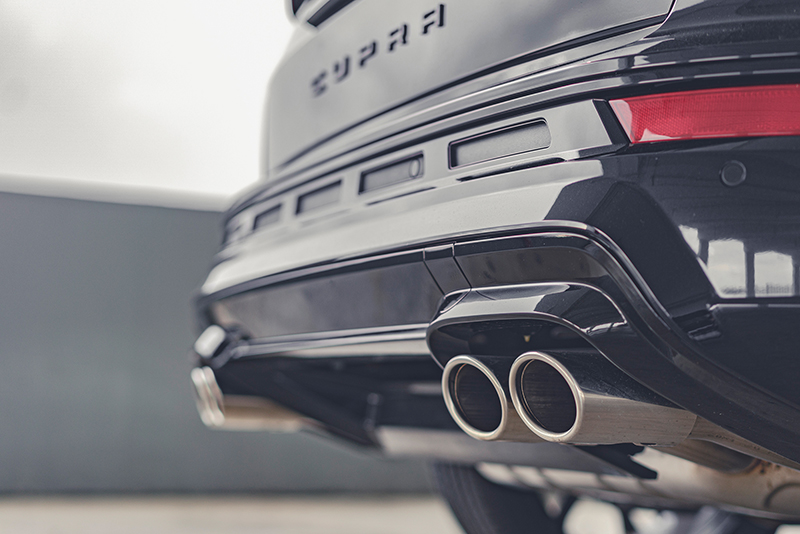 The exterior features some extra sporty bits to set it apart from its regular SEAT brethren. For one, you won't find any SEAT badges on the car. The copper Cupra badges and chunkier bumpers add some aggression too, as do the quad exhaust pipes. The 19-inch wheels also house brake rotors that measure a huge 340 mm. 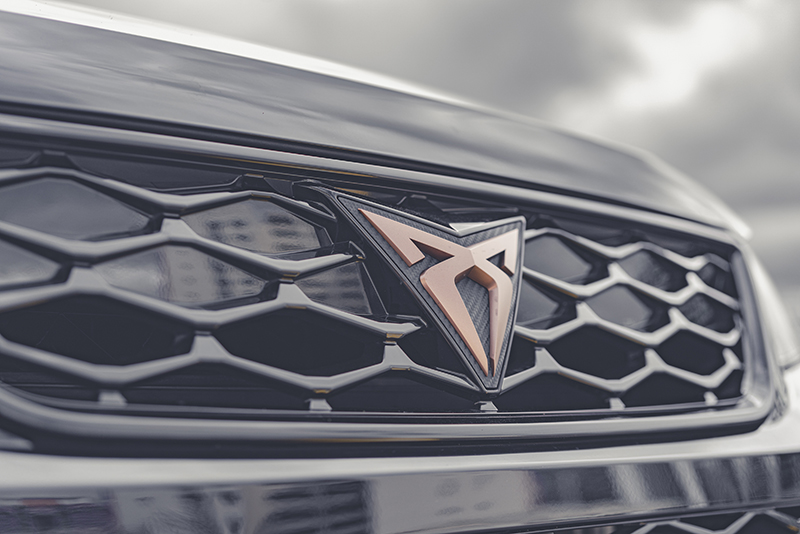 But it all ends there, as the Cupra Ateca still looks a tad tame to me. Perhaps some flared arches would have been nice, or maybe the black paint finish just swallowed the lines and failed to accentuate the presence of the car. 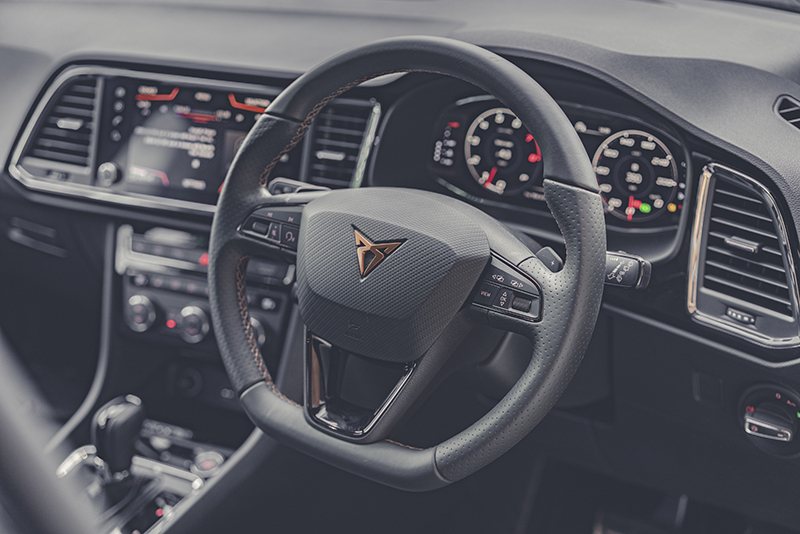 The interior of the Cupra Ateca is not too different from the regular Ateca models. A 10.2-inch digital instrument cluster fills your front view and the infotainment system is an 8-inch unit and offers Apple CarPlay and Android Auto, along with wireless charging for your phone in the front centre console compartment. 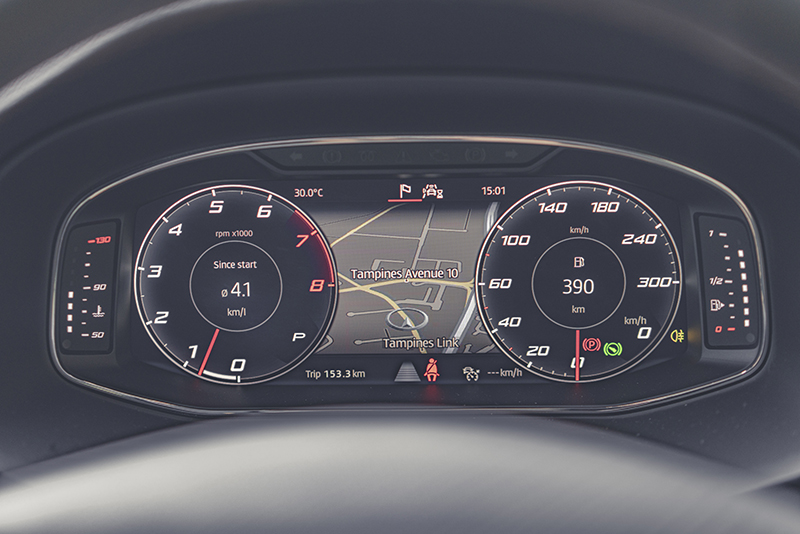 Space all round is comfortable for 5 adults and the boot offers 485 litres will all the seats up. Making this a good option for long drives on the NS Highway when borders open up. It's only on these long drives will you be able to explore the depth of performance that this SUV has to offer. 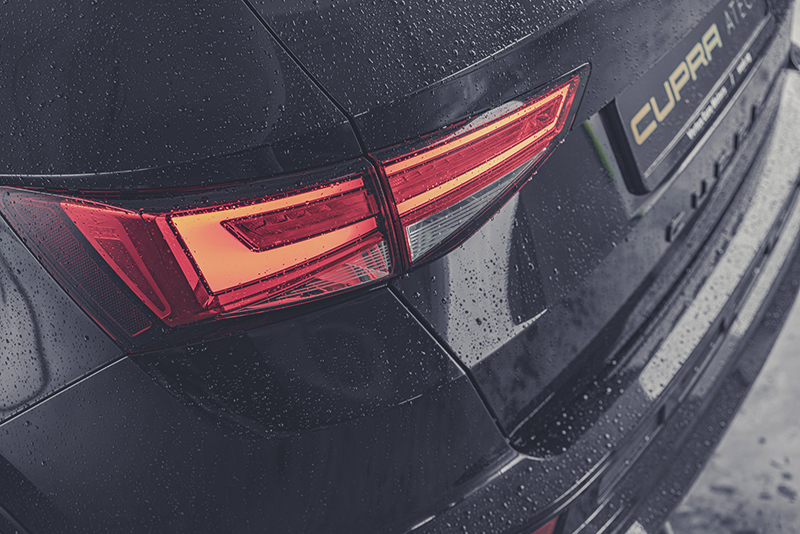 I kinda like the Cupra Ateca. Mainly because it's a bit of a left-field choice. The closest SUV with that kind of performance is the MINI Countryman JCW, which is about the same size and has a similar power output (just 10 bhp more), but is also about $30,000 more. 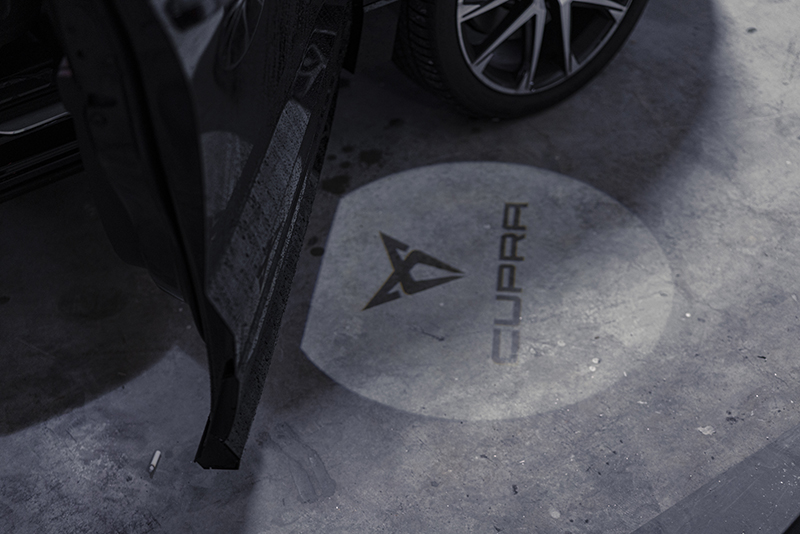 If I had things my way, I'd buy a Ateca 1.4 TSI with an ample 150 bhp for daily use, and a used Scirocco or Golf R for those naughty days. But if my driveway could only fit one car, then the Cupra Ateca will be worthy of that spot. 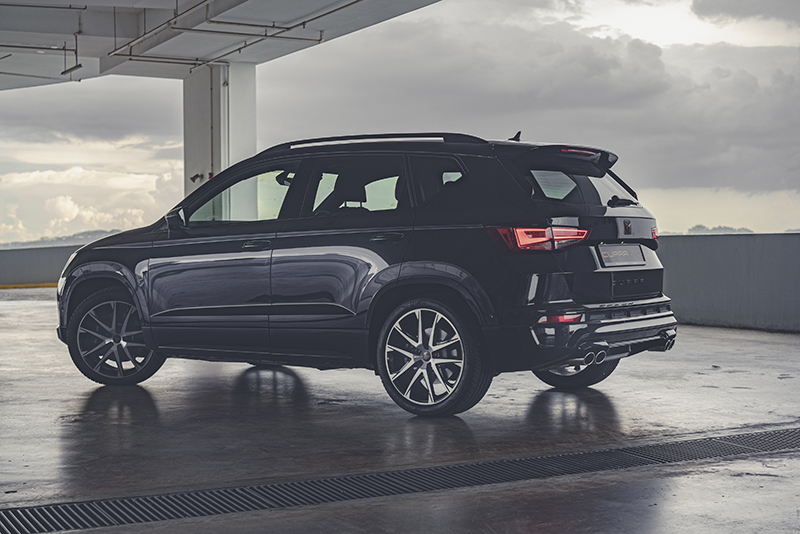 COMING SOON: Due in 2021, the Cupra Formentor (below) will be the brand's 310 bhp performance SUV. Worth the wait? 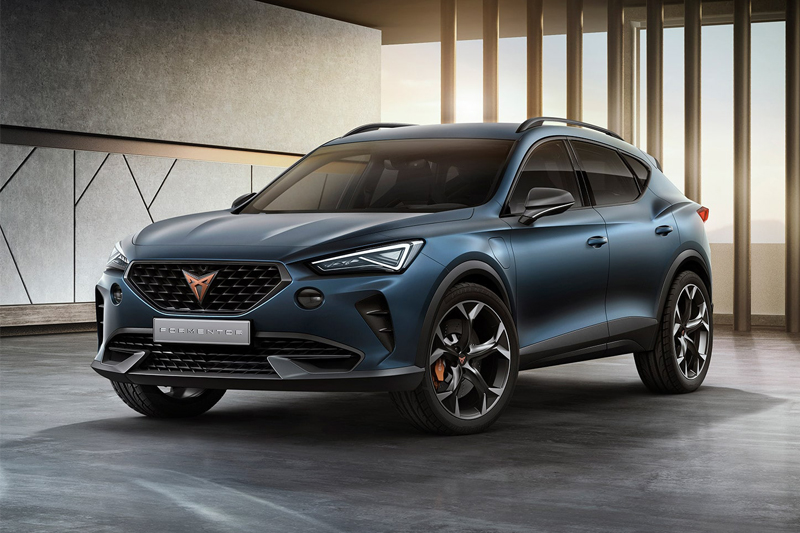