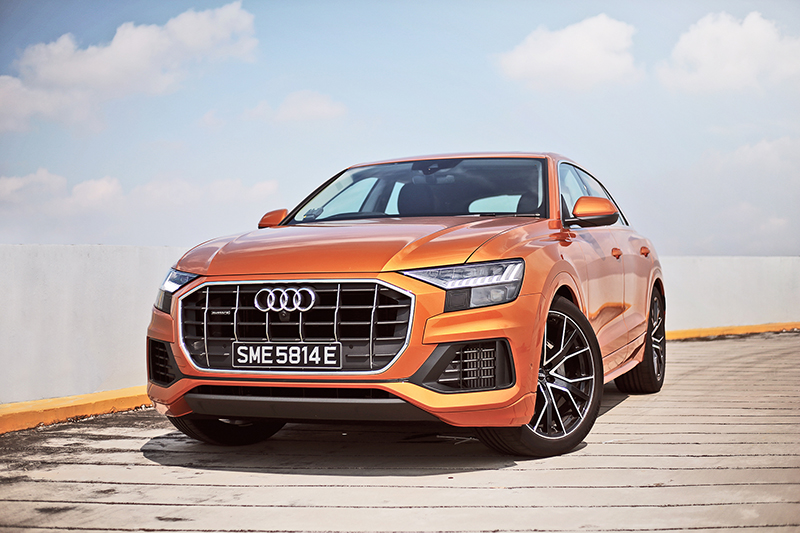 Not so sure about this huge mother of an SUV? Give it time, and this in-your-face Audi will grow on you too.

We often complain that all Audis look the same, differing only in size. Well, the Q8 is proof that this is not necessarily the case. The new Q series flagship is quite a car. Despite having Coupe-styling, it’s a massive SUV with so much presence - especially in this Dragon Orange Metallic finish.

There are ways to tone down the full-on vibrancy though; instead of having it in full body colour, you can opt for the front grille housing to be in dark grey (which is my personal preference). Even the wheel arch trimmings can be finished in the same gloss grey. 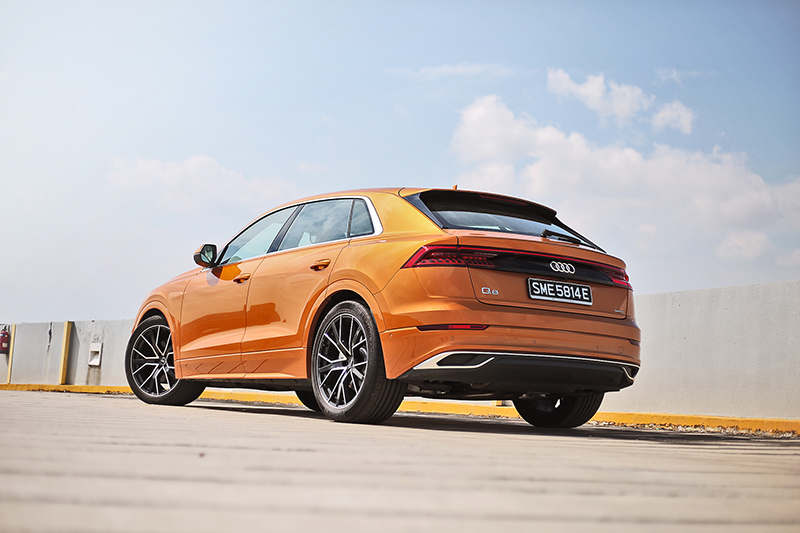 The Q8 looks sleeker than a Q7 with a sloping C-pillar, and the frameless doors continue the sporty concept through. Then there are the arches and frameless windows that give it even more ‘Coupe’ vibes. The result is chic-ness in monstrous proportions. 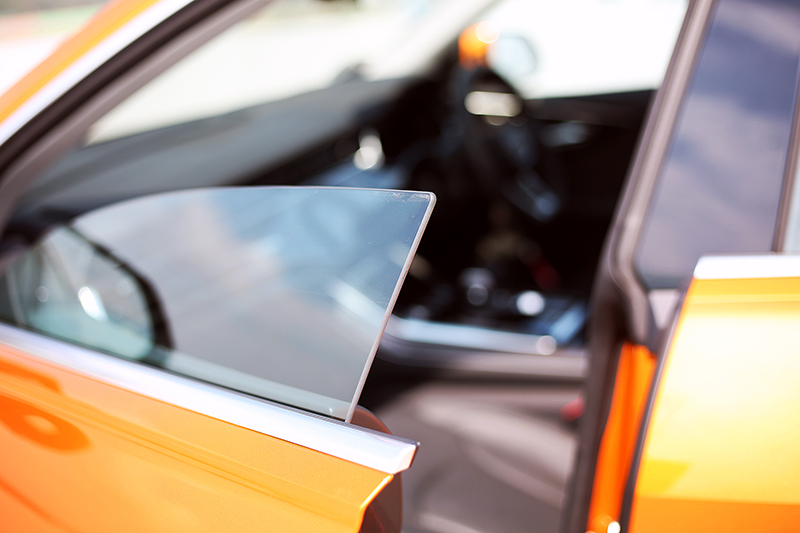 The test car we had came shod in 22-inch wheels that filled the wheel arch gaps nicely - sexy! The air suspension it comes with can also be adjusted to give it a slammed look. At this point, you can see why the car is starting to grow on me. 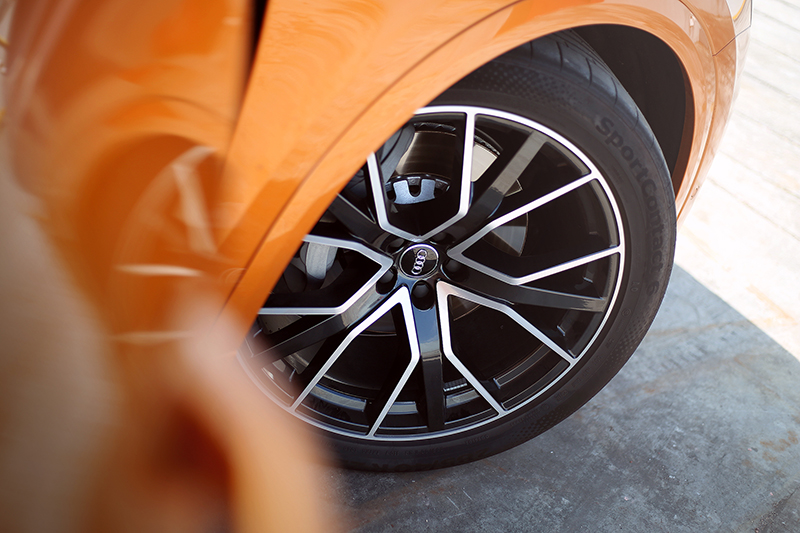 Swing the large door wide open and the sleek interior welcomes you in typical high-tech Audi fashion. The digital MMI touch response console controls all the interior features via two large flat screen displays. Horizontal aircon vents and dash combine with the huge 12.3 inch Virtual cockpit. The look is so sharp it hurts. 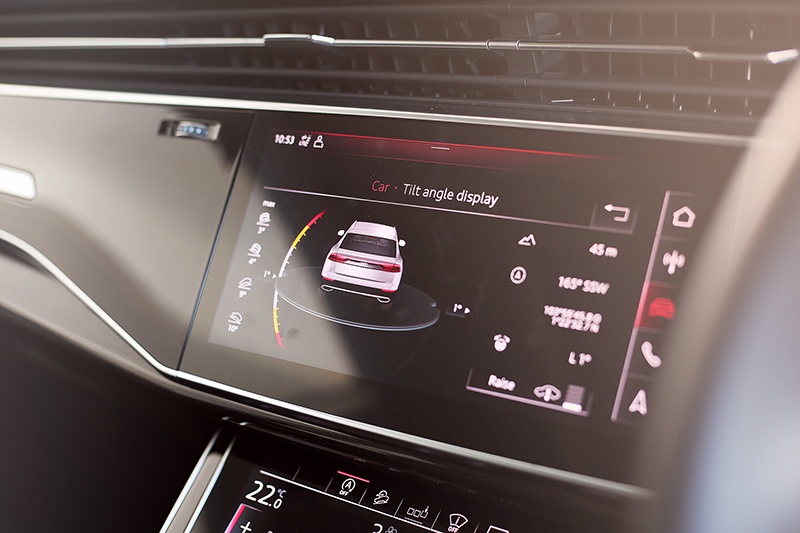 We had a go at this system in the Audi A8, so getting used to the controls was quite easy. It’s intuitive to begin with, except that you’ll find that some touchscreen controls require you to press the ‘buttons’ instead of just touch them like you would a phone screen. 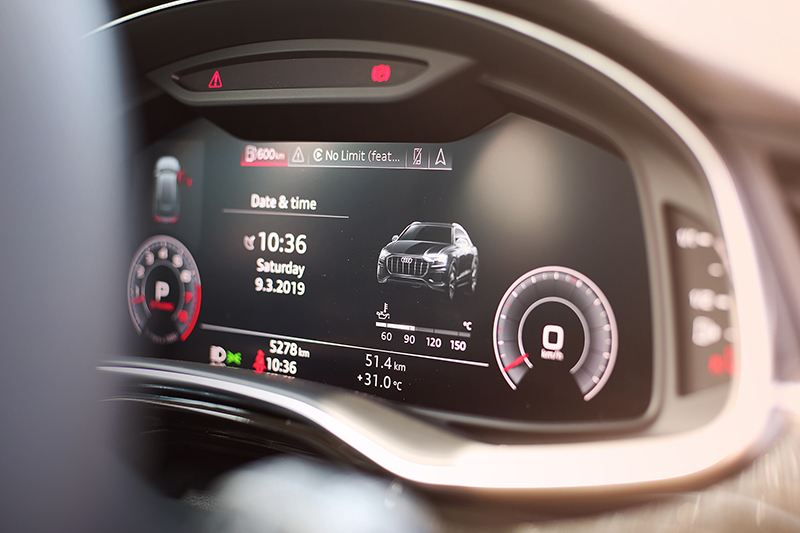 Despite its size may suggest, the Q8 is not a 7-seater - but you have the Q7 for that. Instead it is a roomy and extremely comfortable sporty SUV for those who want more style than practicality. 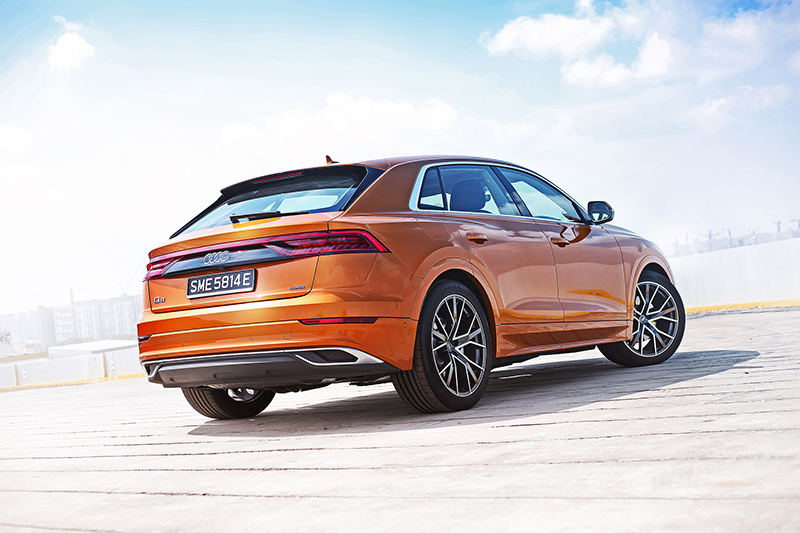 On the road, the Q8 is not blisteringly quick like some Audis we’ve tested. Even the 2.0 TFSI A5 Sportback felt much more light-footed. But then again it would be silly to expect a sporty drive from this large SUV. Or would it? 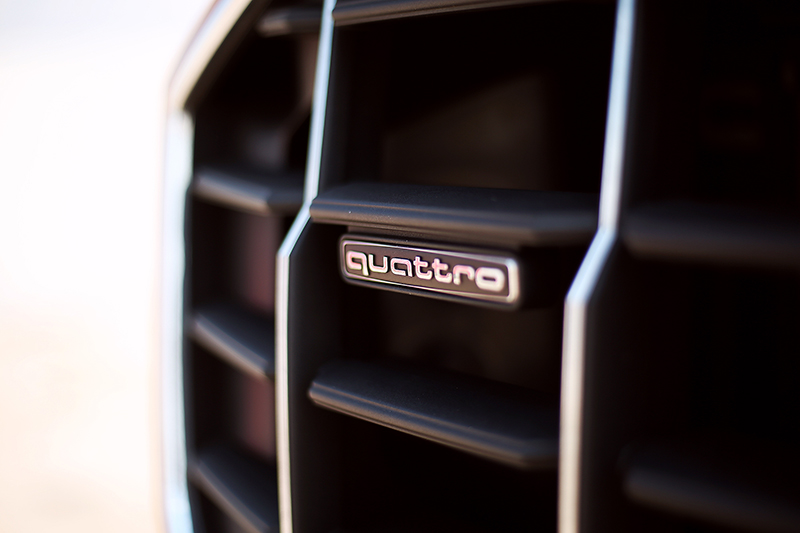 Powered by a 340 bhp 3.0 TFSI unit with 500 Nm, the Q8 just needs a bit of ‘warming up’. Once you understand that the pairing of the V6 engine and 8-speed automatic (not a dual-clutch) is not really meant to deliver race performance, you start to work with the car to extract the best performance out of it. After a full day with the Q8, I was beginning to enjoy driving it even in my favourite twisty roads. 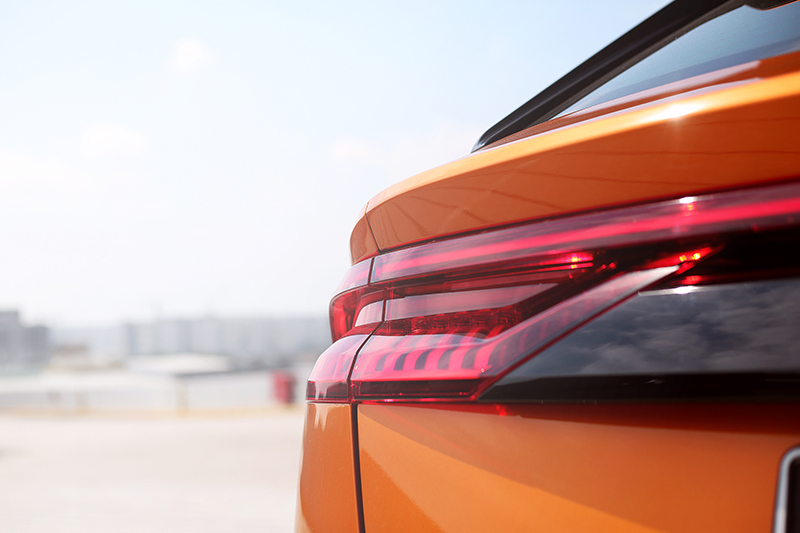 The steering feel and action is acceptable at best and is already aided by a 4-wheel steering system - I can’t imagine the car without it. If anything I guess that’s the only gripe I have about the Q8: it’s got the sporty looks, but it delivers more of a comfort-based driving experience rather than an outright sporty one. I guess we’ll just have to wait for the SQ8 or RSQ8 for that. 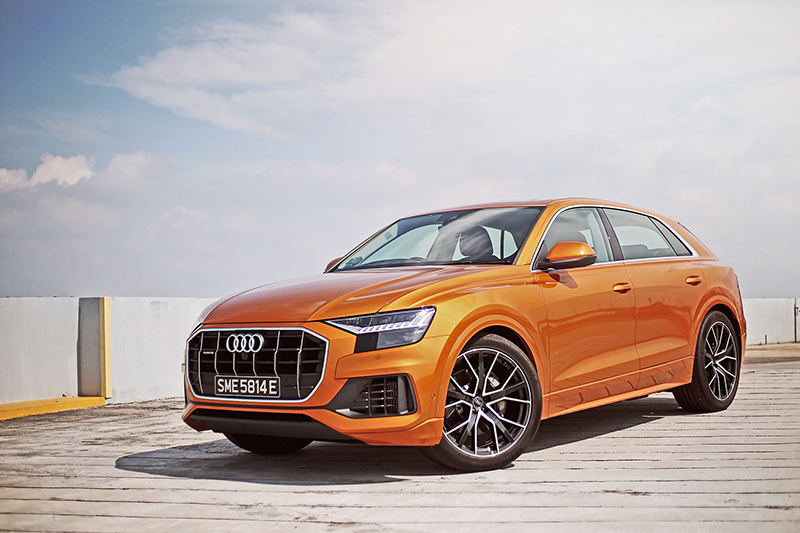 At around $370,000, the Q8 is priced among the likes of the Alfa Romeo Stelvio, BMW X4, Mercedes GLC Coupe and Land Rover Discovery. If you push the budget a bit further, maybe the Porsche Cayenne and Maserati Levante could be viable options too. 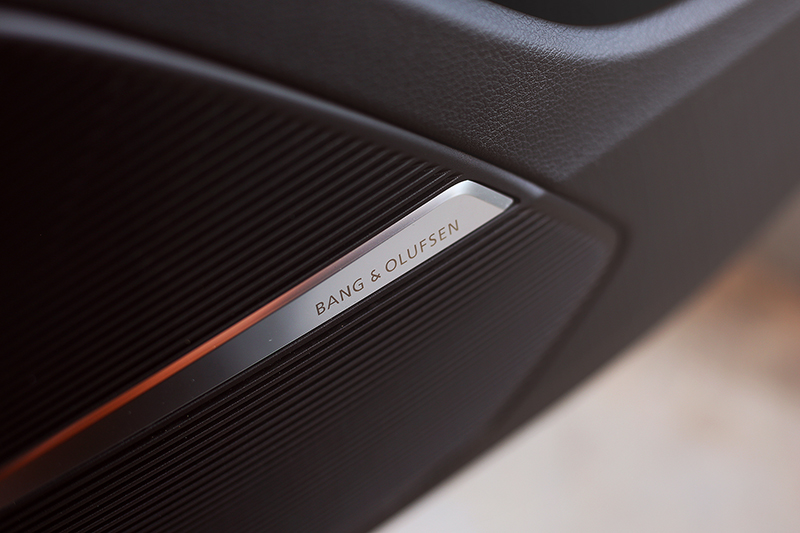 So is it better than its competitors? That answer would be entirely up to your preference. The standard Q8 already comes with many cool extras and modern tech for that money, so the specs do justify the price. It will also undoubtedly be the less common choice, allowing you to stand out from the crowd without being too loud. 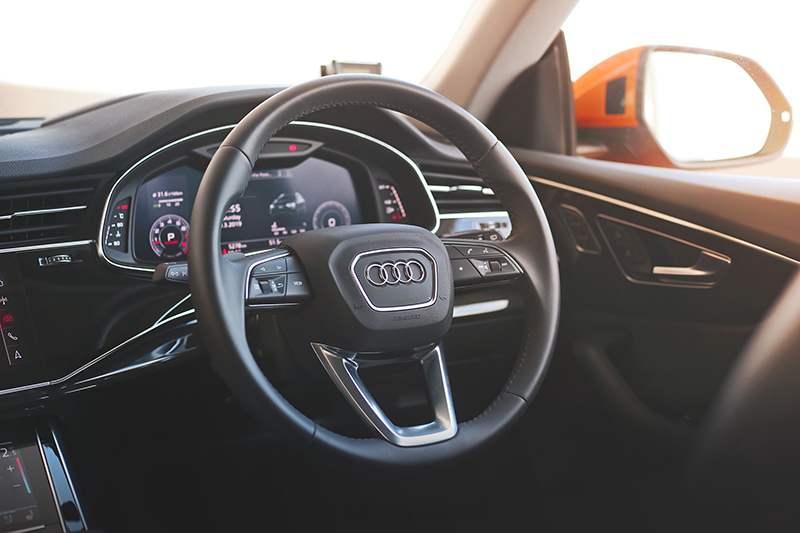 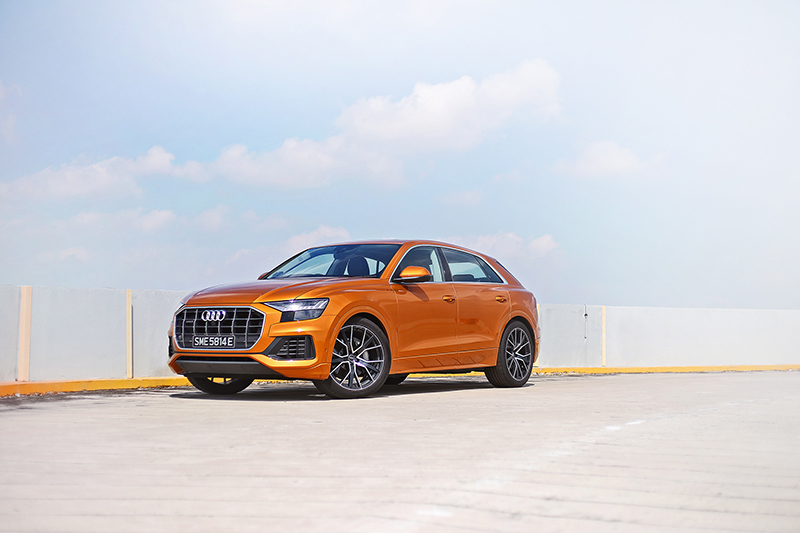