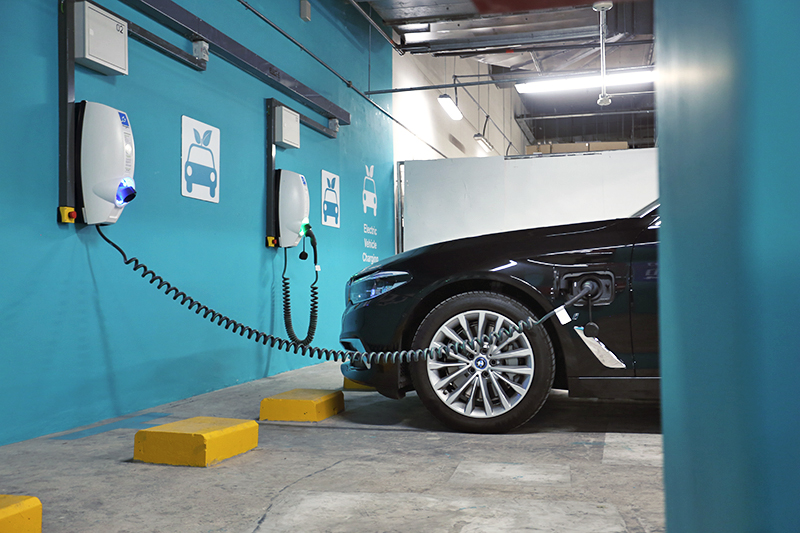 With an increased number of charging stations on our island, are we finally ready as a nation to support electric-powered cars?

The question remains - after all the talk about electric vehicles - are we truly ready as a country to support the choice of a 'new generation'? Well, with the latest BMW 530e plug-in hybrid in hand, we spent a few days living the life of an electric/plug-in hybrid car owner to find out. We visited not one but three locations with charging stations, to try our hand at juicing up the car over a meal and some shopping to see if it really is a feasible proposition for work, rest and play.

So for the 'work' part of our lives, we visited Galaxis building (for a cup of coffee, becasue we don't really work there), for the 'rest' part, we stopped for a meal at One Fullerton, and for 'play' time, we went to Our Tampines Hub. For the latest list of public charging stations, visit the ChargeNow website.

Part of the BMW iPerformance range, the 530e is a 2-litre turbocharged petrol-powered sedan that packs a plug-in battery pack. Combined, the car will push out a smooth delivery of 249 horses and 420 Nm of torque. This is good enough for a speedy 6.2 seconds century sprint and a top speed in excess of 230 km/h. 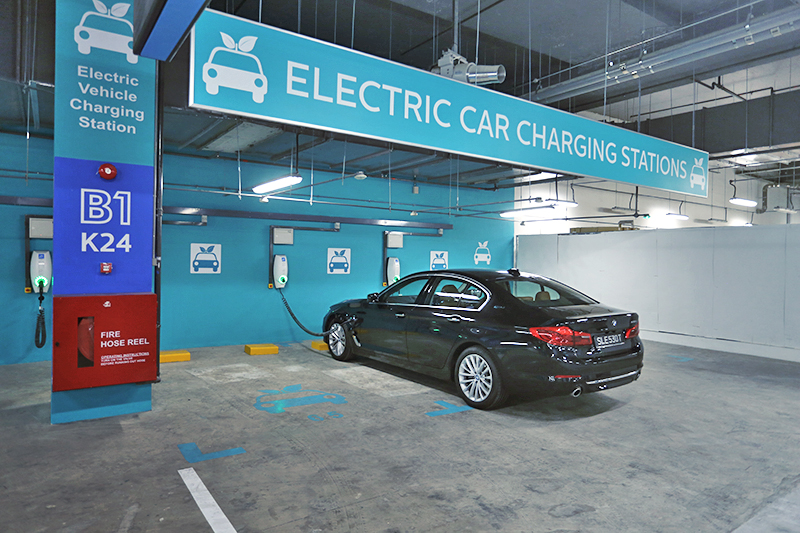 But the 530e is not really meant to be a performance sedan. Instead, it chooses to go about its duties in a comfortable and silky smooth manner. It is very much still a 5 Series and comes well-equipped with the premium fittings and features of a 530i. 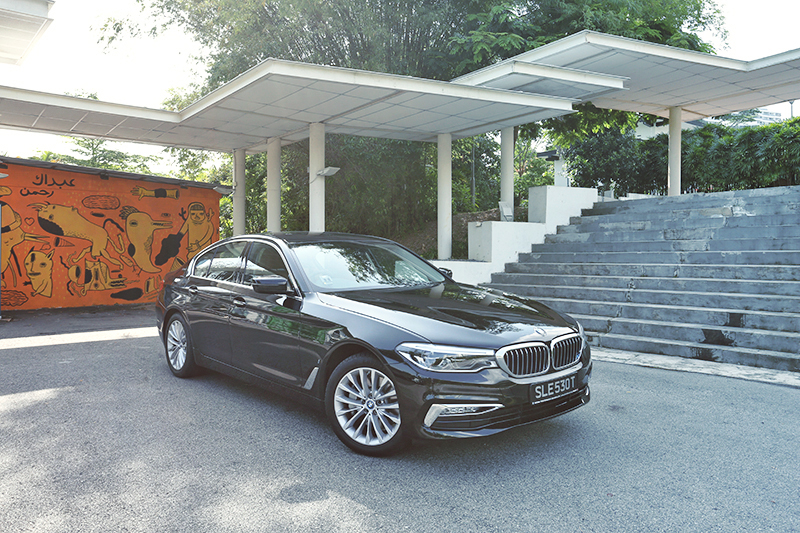 There are three available driving modes in the 530e - auto eDrive, max eDrive and battery control. Leave it to the car to decide which mode is often the best thing to do. Setting off from standstill will usually only utilise the battery, making ‘take-off’ an eerily quiet affair. 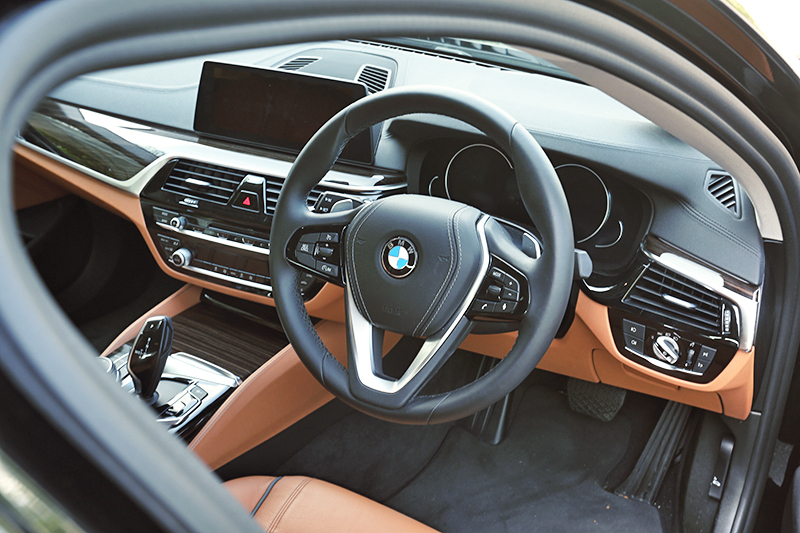 Once you’re on the road though, a fully charged battery will give you about 30+ km of range without the petrol-engine kicking in. Needless to say, we pretty much ran out of juice by the time we reached our first destination at Galaxis Building. The business centre is home to many IT, Media, Physical Sciences and Engineering offices, but the carpark had only one charging station. Thankfully it was available and we popped the Type 2 charging cable into the dock and started charging away. A fairly long chat over two cups of coffee and 90 mins later, the range had only gone up by 10km. 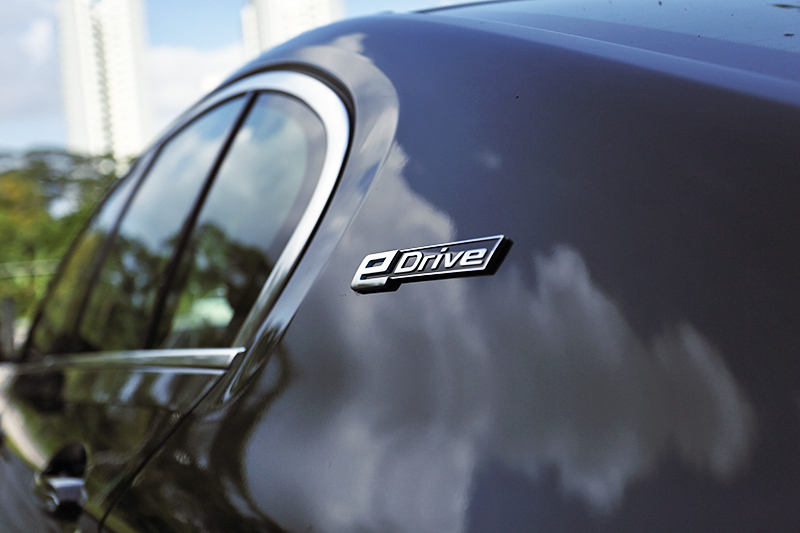 No matter, at least it was better than nothing. We thought perhaps if we took a leisurely drive towards our next stop at One Fullerton, we might be able to avoid using the combustion engine? No chance. I think we only managed 7 km without some petrol power finally making itself known. Which gave us an excuse to get some spirited driving for a bit. 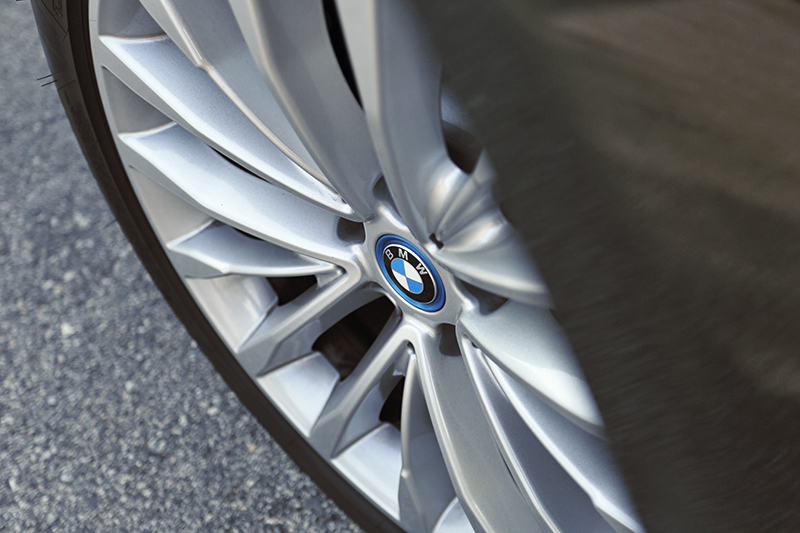 It didn’t take us long to find the charging station at One Fullerton, but to our dismay, the single, one and only charging station was faulty. We grabbed a nice dinner nonetheless and vowed to come away more successful at our next destination. 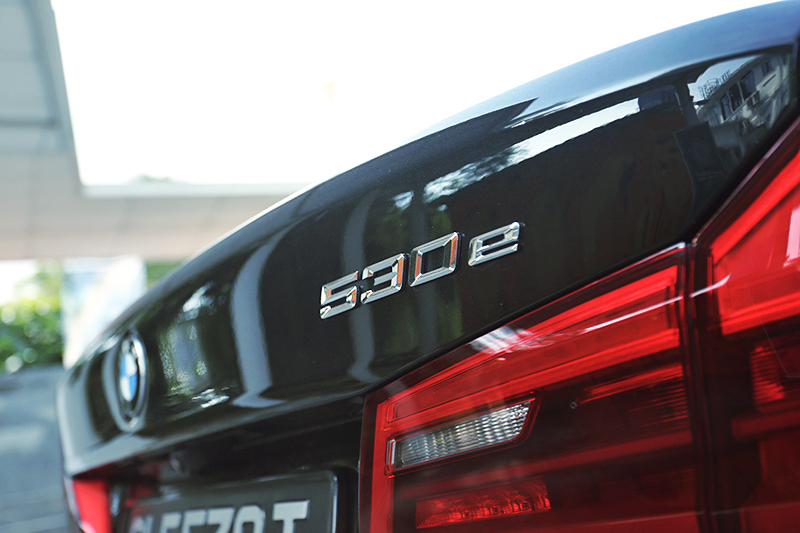 The next day proved to be better. As an ‘Eastie’ myself, getting to Our Tampines Hub (OTH) was easy. Finding the charging stations was a bit trickier though as I intuitively headed to my usual spot near the mall entrance. The stations, which are located at B1, were instead accessible only via B2 and through the ‘Blue Zone’. But once we found it though, we were in for a pleasant surprise. OTH had not one, not two, but seven charging stations! 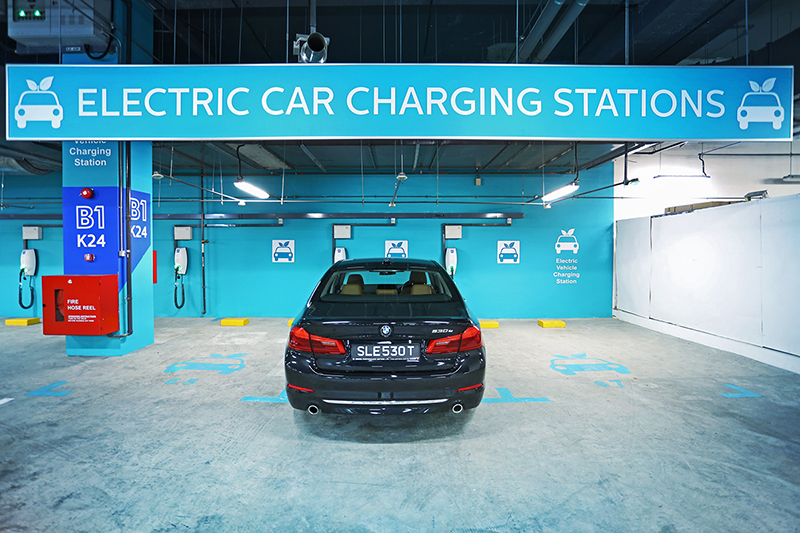 The first station we tried worked perfectly and we were all set up for a good charge. With dinner, shopping and even a soccer match to catch, it was going to be a good three hours of charging at least. I’m happy to report that after the time spent at OTH, we recorded a pretty good range of 27 km ready-to-use! 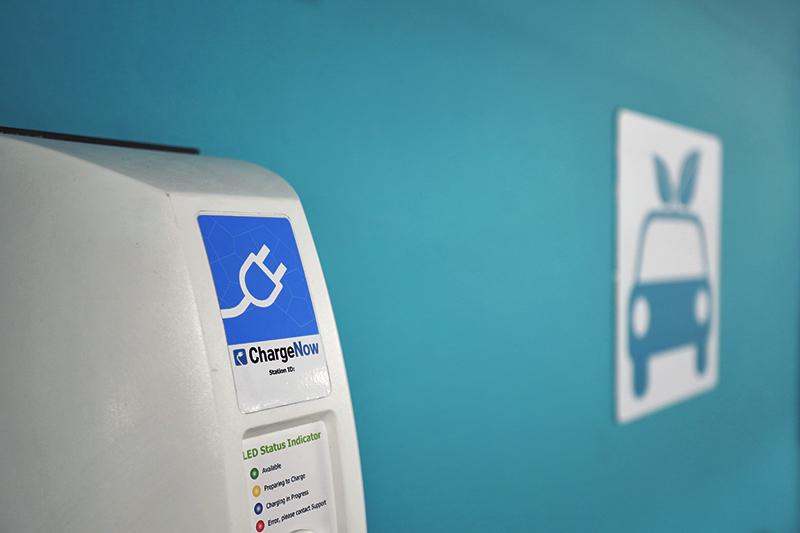 Which brings me to my conclusion that a plug-in hybrid probably makes the most sense at this point in time. So for towkays who live in HDBs without your own charging points, there is still a growing network of charging stations to supply power to your BMW should you choose to patronise those locations. Just take note that most of them are in the central and east areas though!