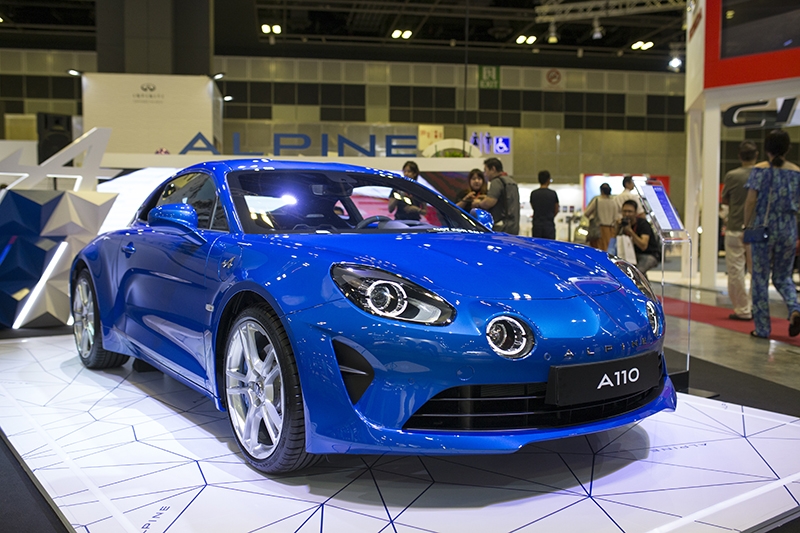 The Singapore Motorshow is back for the fifth consecutive year showcasing some exciting new models!

This year marks the fifth year that the Singapore Motorshow is back since it was suspended after a 16-year run from 1992 to 2008. Held over 4 days from today till Sunday, 13th January 2019, visitors can look forward to viewing vehicles from over 30 automotive brands including newcomers such as Skoda and Alpine, as well as stunt driving performances by British stunt driver Russ Swift.
Organised by the Motor Traders Association (MTA) of Singapore in partnership with MediaCorp, the show not only showcases new car models, but also some of the latest driving technologies. There's also the chance to meet various MediaCorp artistes and celebrity DJs from multiple radio stations who will be doing live shows over the 4 days.
The Singapore Motorshow is all about the cars, though - so here's a preview of some new models that made their local debut:

Alpine A110
The new Alpine A110 stays true to the original DNA of the A110 Berlinette of old - lightweight and elegant, offering absolute agility. It's been designed to thrill at any speed, providing a stripped-back driving experience that puts you at one with the car. 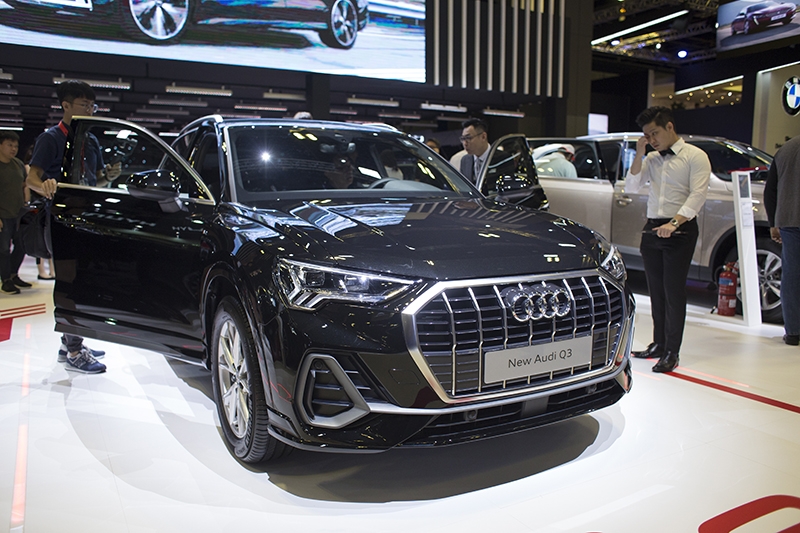 Audi Q3
The latest Audi Q3 is here for its Asian debut, featuring the latest Audi design language that offers a sporty look and the signature Audi singleframe grille in an octagonal design. On the inside, it gets some tech from its big brother the A8, such as the latest Audi virtual cockpit and the single-screen variant of the MMI Touch Response infotainment system. 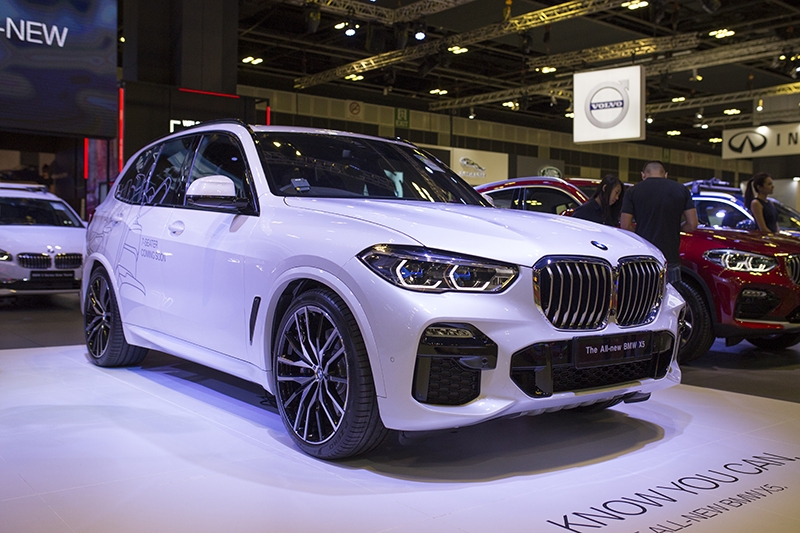 BMW X5
The fourth-generation BMW X5 makes its Asean debut here at the Motorshow, and it's now bigger and smarter than ever. On the outside, the imposing twin kidney grilles give the X5 a certain presence. Inside, clever tech and large amounts of room are sure to keep both driver and passengers contented. 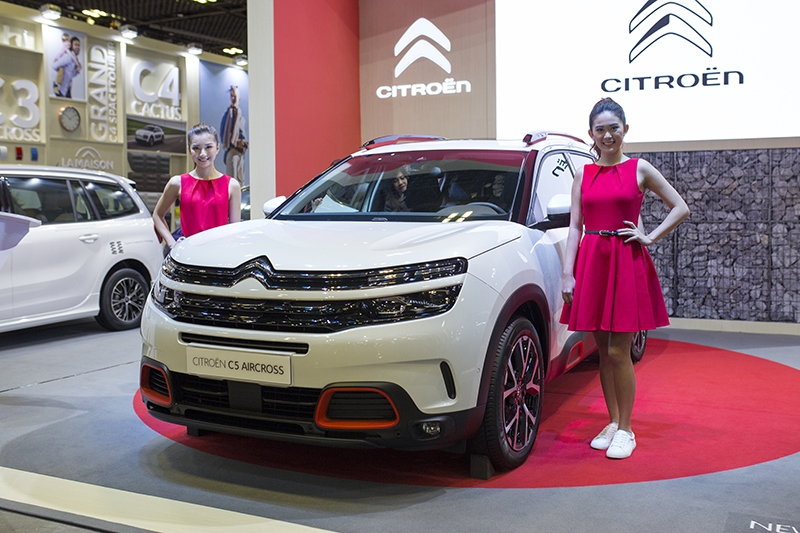 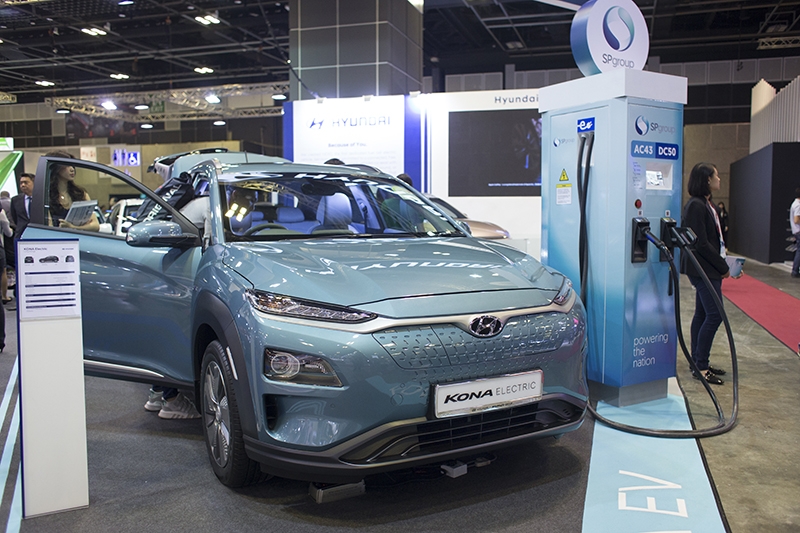 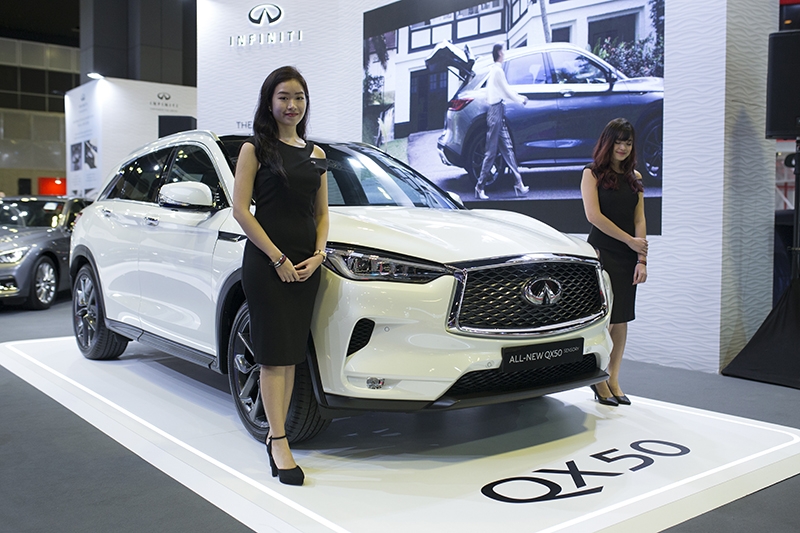 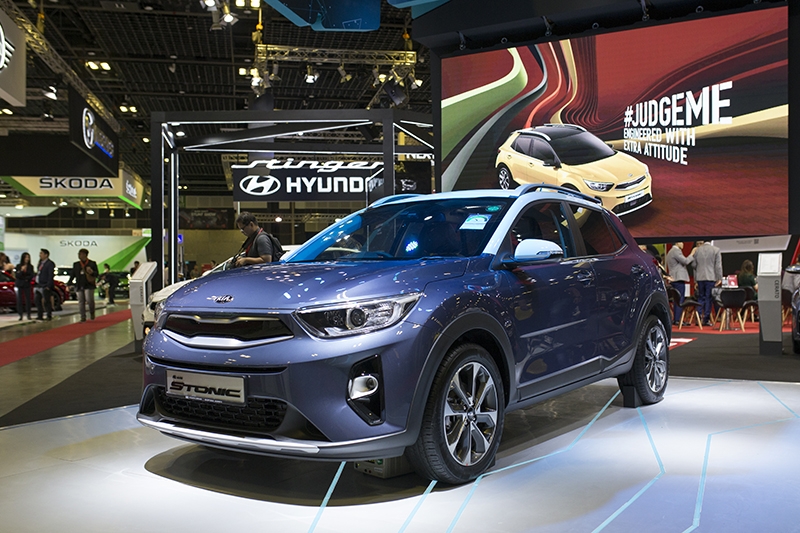 Kia Stonic
The all-new Stonic promises to capture significant compact SUV segment share with its bold, dynamic design. To appeal to younger clientele, a total of 29 colour combinations are available on the Stonic, from exterior colours to interior trim. 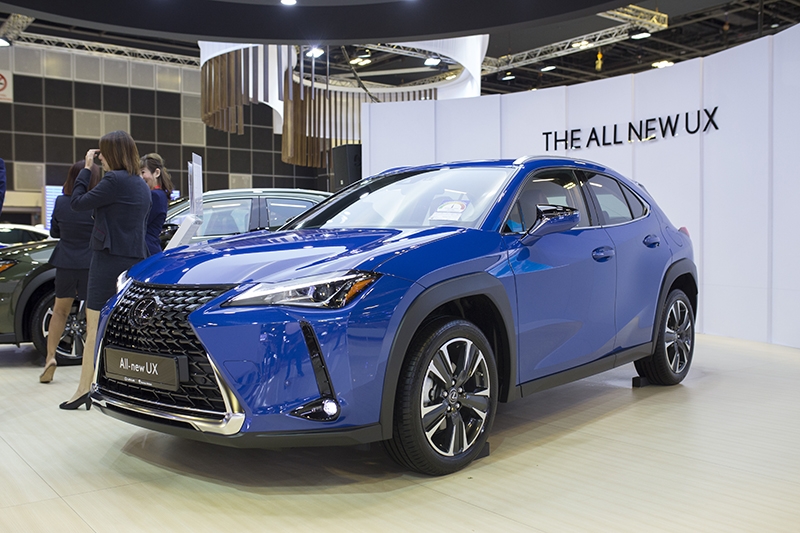 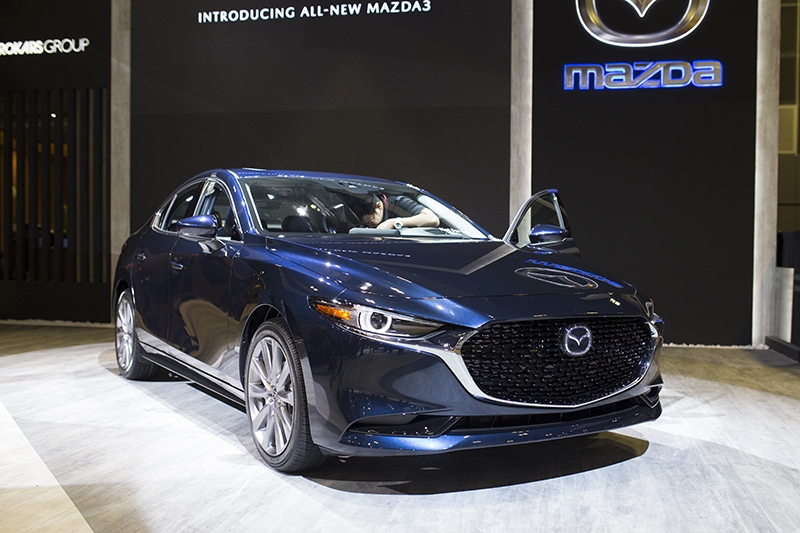 Mazda3
The all-new Mazda 3 takes Mazda's perennial favourite and injects even more style and technology into the package. The latest Mazda 3 also debuts with Mazda's innovative Skyactiv-X engine with Spark-Controlled Compression Ignition, which is reported to improve both fuel economy and performance. 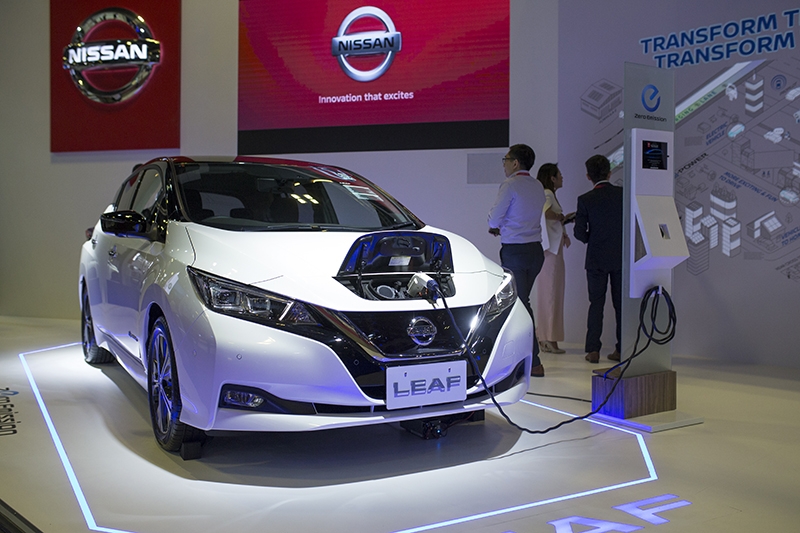 Nissan Leaf
Nissan introduces its electrification strategy with the launch of the new Nissan Leaf - the icon of Nissan Intelligent Mobility, Nissan's vision to move people to a better world. The Leaf shown today is the second generation of the world's best-selling EV, with an all-electric drivetrain offering best-in-class torque. 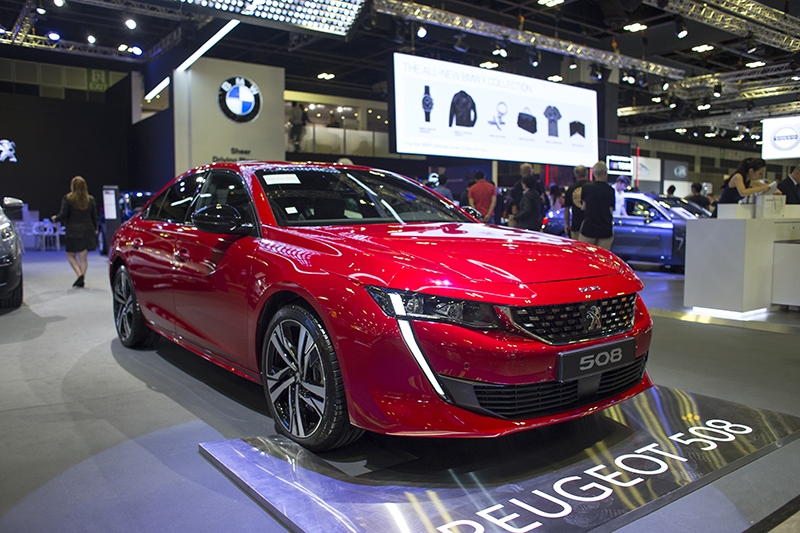 Peugeot 508
The all-new Peugeot 508 makes your heart race even before the engine starts. An executive sedan with a fastback body style, the Peugeot 508 is a winner of the 'Style Award' at the Carwow Car of the Year awards - thanks to its dynamic shape, aggressive front end and steely looks. 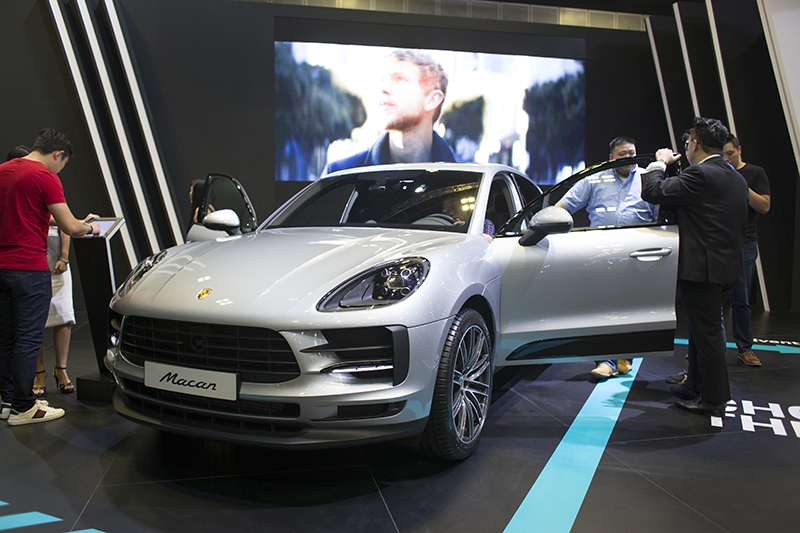 Porsche Macan
The new Porsche Macan's styling harks back to the many details of the iconic Porsche 911 and the technological masterpiece that is the Porsche 918 Spyder. The rear end features a new three-dimensional taillight strip with integrated Porsche lettering, giving it a sportier and more modern appearance. 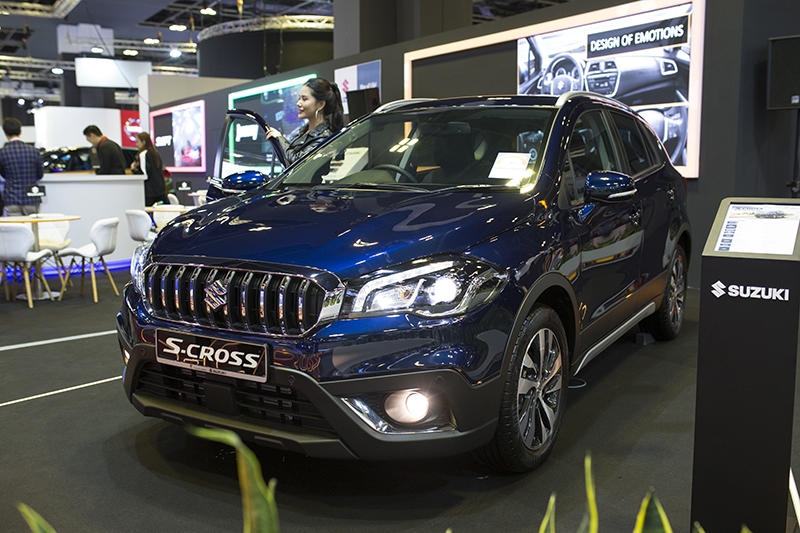 Suzuki S-Cross
The new Suzuki S-Cross is a successor to the popular Suzuki SX4, offering next-generation performance, a newly-styled dynamic front end, and bold SUV styling. The S-Cross was designed with practicality in mind, boasting 430 litres of luggage space and propulsion courtesy of a 1.0-litre BoosterJet engine that delivers superb fuel economy. 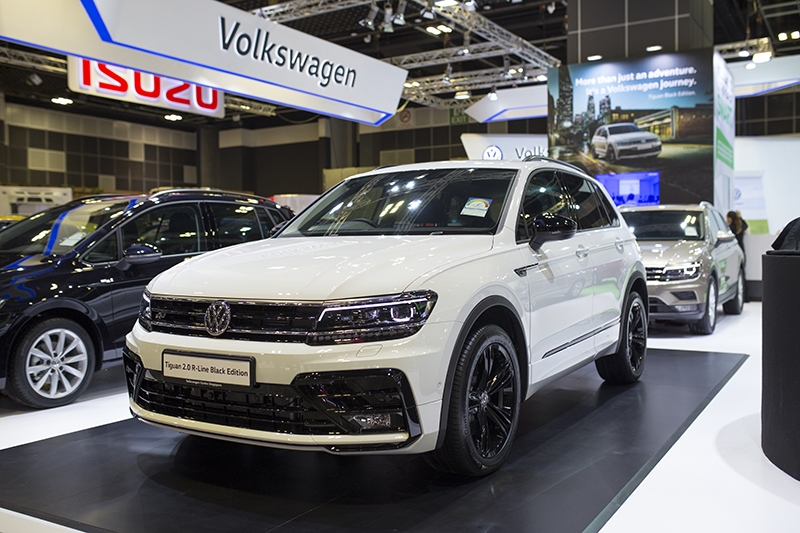 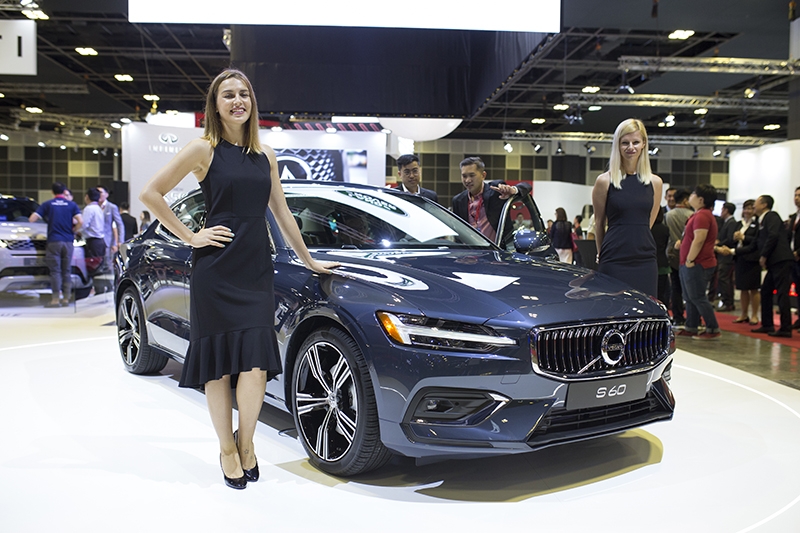 Volvo S60
The all-new Volvo S60 redefines Swedish dynamism. Based on Volvo's Scalable Product Architecture platform that was first seen on the Volvo XC90 in 2014, the all-new XC60 is targeted at buyers that want an engaging driving experience with Scandinavian style.