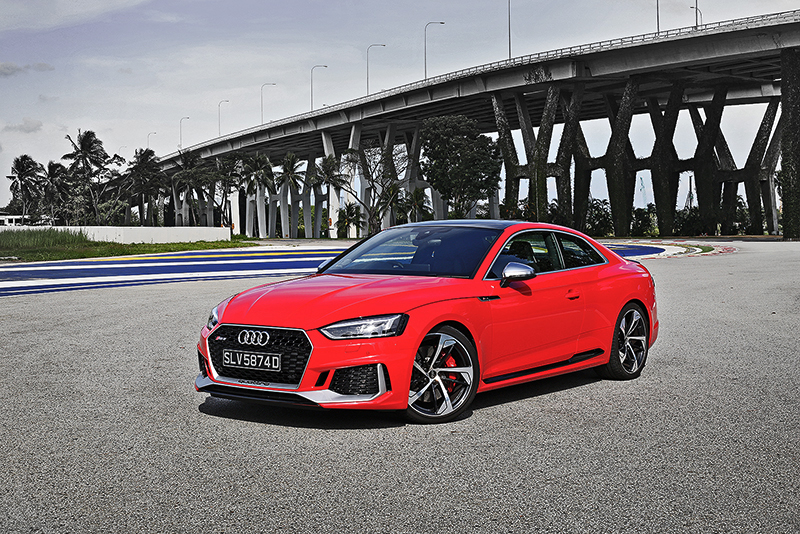 The new RS 5 is longer, lighter and sexier than its predecessor. But it’s also two cylinders down - does it make the car less fun to drive? We find out

The numbers look good. A 2.9 V6 TFSI biturbo pumps out 450 bhp and wrecks 600 Nm of havoc - up 170 Nm from the old car. But then again, those figures are not really surprising coming from a turbocharged unit, compared to the naturally-aspirated V8 from the B8 series.

0-100 km/h is quickly dispatched in a mere 3.9 seconds and with the optional dynamic package this red hot chili pepper will hit a top speed of 280 km/h. But it’s not all power and speed. Efficiency has been improved using a B-cycle combustion process with central direct injection. There’s some technical jargon about shortened compression strokes and higher geometric compression which allows for more efficient combustion and increased engine efficiency. Suffice to say, on the whole the new engine is able to gain 17 percent more efficiency over the previous model. 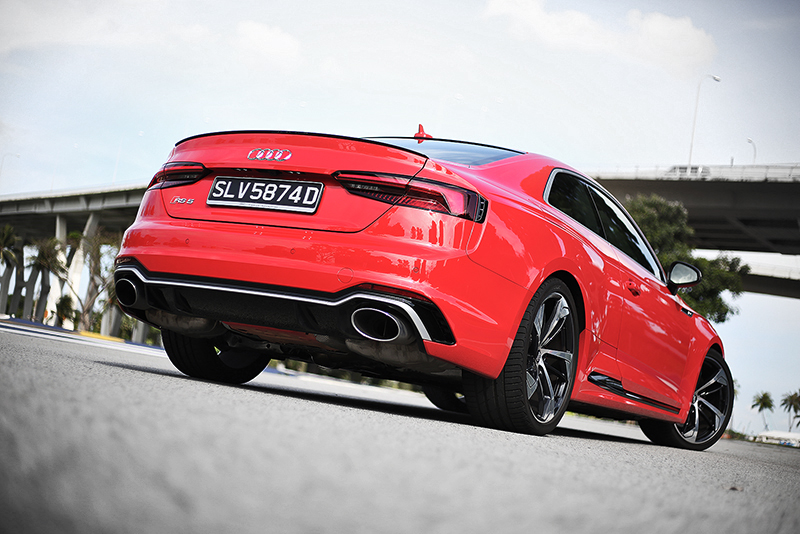 All this is translated immediately onto the road as you power the car through various roads. The eight shortened gear ratios swap quickly ‘brap, brap, brap’ and in no time, you are well above the speed limit. Quick, efficient and thoroughly enjoyable, the new RS 5 has lost it’s heft and gotten very nimble and ‘light’ - it’s 60 kg lighter now - despite being a longer car. 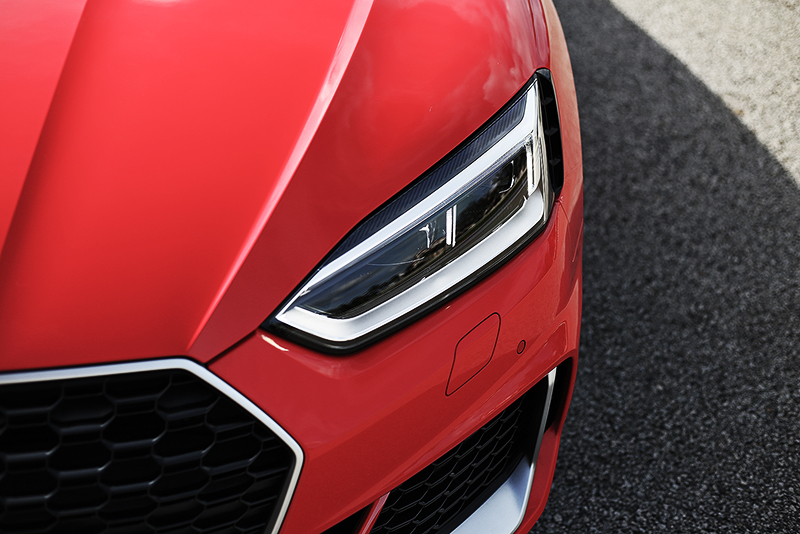 Agility is always a welcomed virtue for cars, but I must admit that there is a part of me that still yearns for the heaviness and ‘solid’ feeling in a car, especially a German model like the Audi. The old V8 had that feeling. It was fast AND sturdy. This one has the driving dynamics of a light-footed hot hatch - which I’m sure to most, is a great thing. 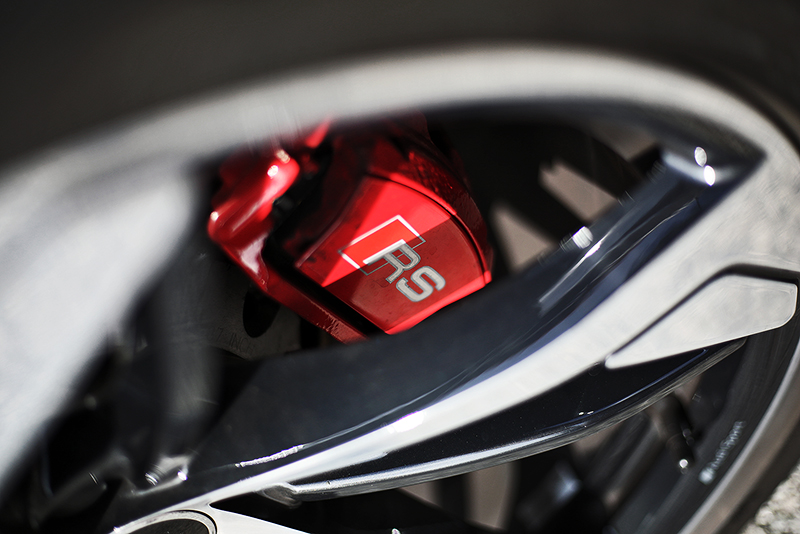 So yes, the new car is fast, but aside from being super-quick, the grip levels from the Quattro system are also pretty ridiculous. Most all-wheel-drive cars feel a little ‘heavy’ from some drive inertia, but Audis never really have that problem, they just fly off from the onset and grip through corners and bends with so much confidence. But the new turbocharged engines (especially one with 450 bhp) need to be handled with care though, because once it’s on boost the torque can be a bit hairy to manage - especially on public roads with undulations and unexpected circumstances. 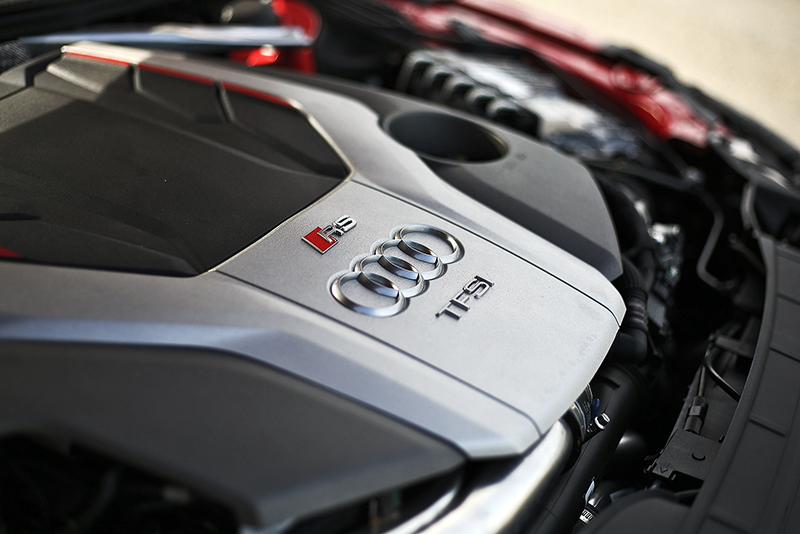 The rear sport differential is standard for Singapore RS 5s, and an updated five-link construction is used on the front axle while a five-link suspension replaces the trapezoidal-link suspension at the rear. All this adds up to the quick reactions you experience while piloting the new car. 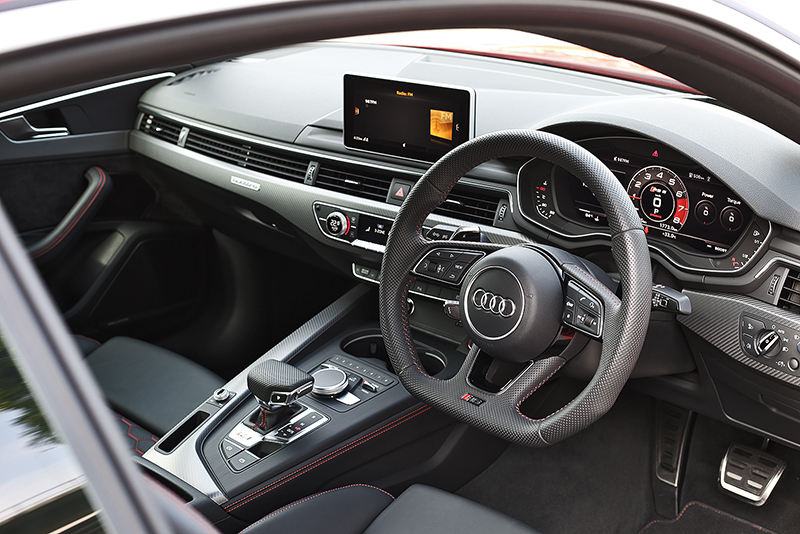 On the inside, out test car was specced in black with red stitching. Audi clearly does ‘sport’ better than they do ‘luxury’ the RS sport seats and badging are everywhere in case you need reminding. Once again, cool RS logos are displayed in the Audi virtual cockpit, the system provides all the crucial information, and then some. Digital sports gauges, g-force meter and even a shift light, now provide vital info to the enthusiast owner who might take this coupÃ© to the track. 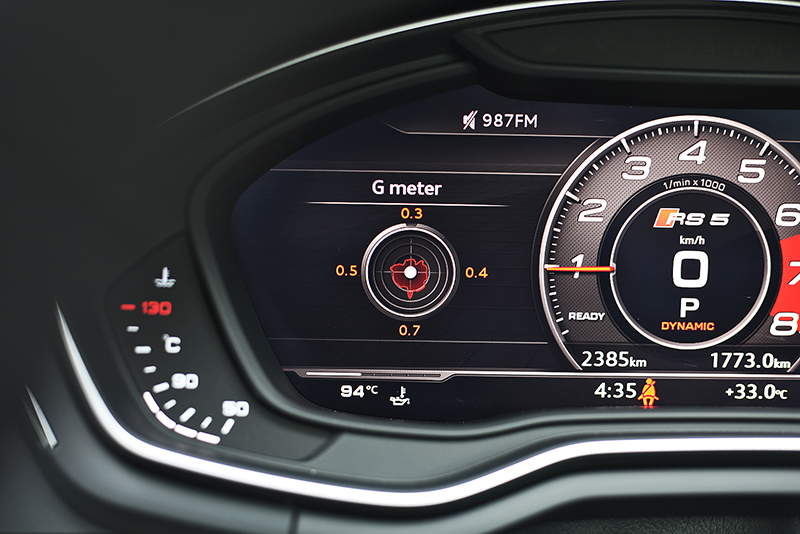 Design wise, the new car definitely looks sleeker than the previous bulky and chunky B8 RS 5. The front grille sits even lower than the already low-design you see in the new A5. This sharpens the profile and makes the face fiercer, which is always a good thing, because aggression (or at least the perception of it) is what we all want. The rear haunches flare a bit more to set this muscular model apart form its lesser brethren. If you want, carbon fibre trims can be added selected sections of the bodywork. 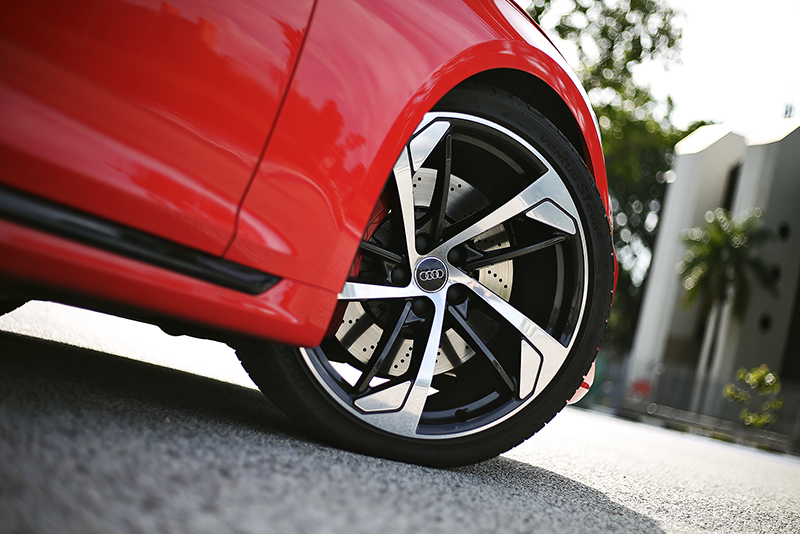 The huge 20-inch wheels are covered in 275/30/R20 Hankook Ventus S1 Evo2 tyres. I expected to see Michelins or maybe Pirellis on the car, but the Korean rubbers worked well to strike a good balance between grip and comfort. 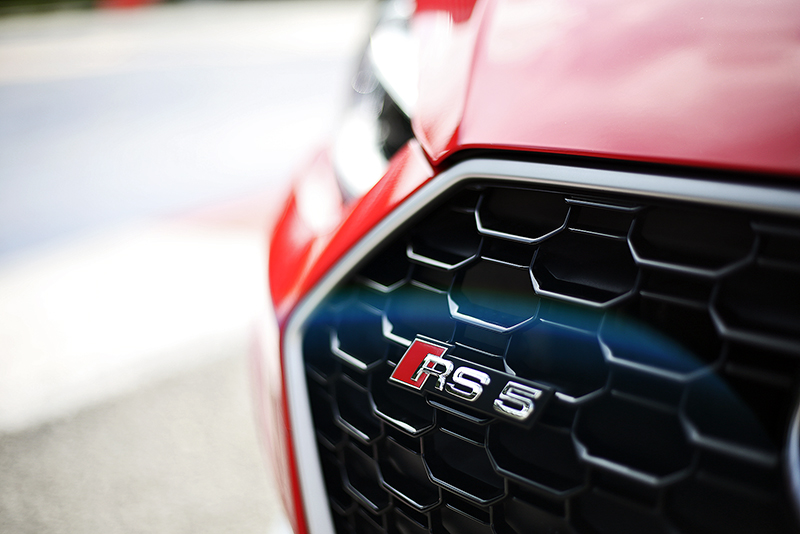 To be entirely honest, the new RS 5 leaves less of an impression on me than the old one. The previous car was flawed and never really lived up to being a BMW M3-beater. But it was imperfect that way and at the very least, it carved out a title for itself. 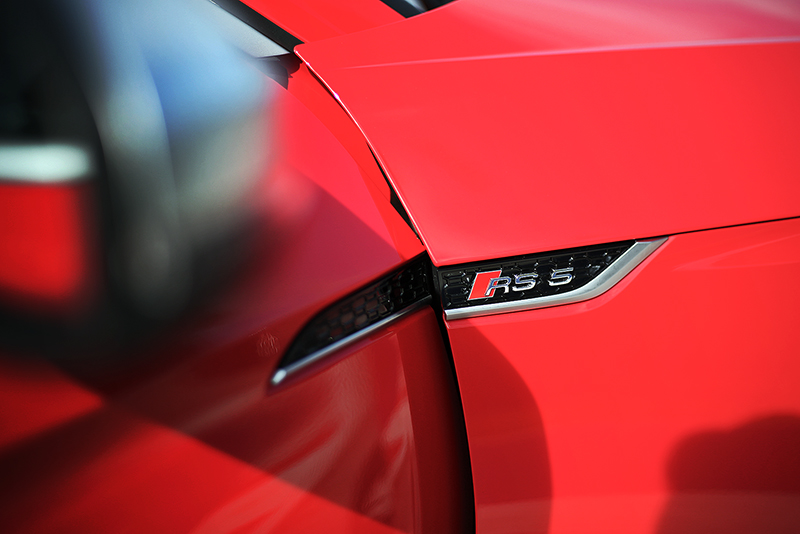 The new RS 5 is by no means a bad car, in fact, it is probably better in almost every way. But I for one can be slow to accepting change - and like with most Audis, you need time to warm up to how clinical and ‘perfect’ the new RS 5 is. Only then, can you appreciate all the tech and wizardry that has gone into it.

For the modern driver with some money (but not enough for a Porsche), the new RS 5 is a viable option. Built under the new Audi Sport GmbH, it’s got serious credentials, lots of performance and style - all crafted into a daily user-friendly package. 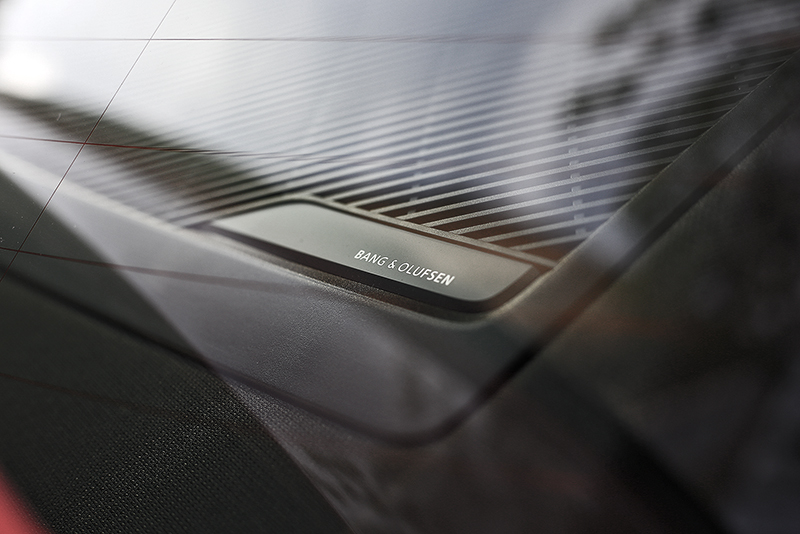 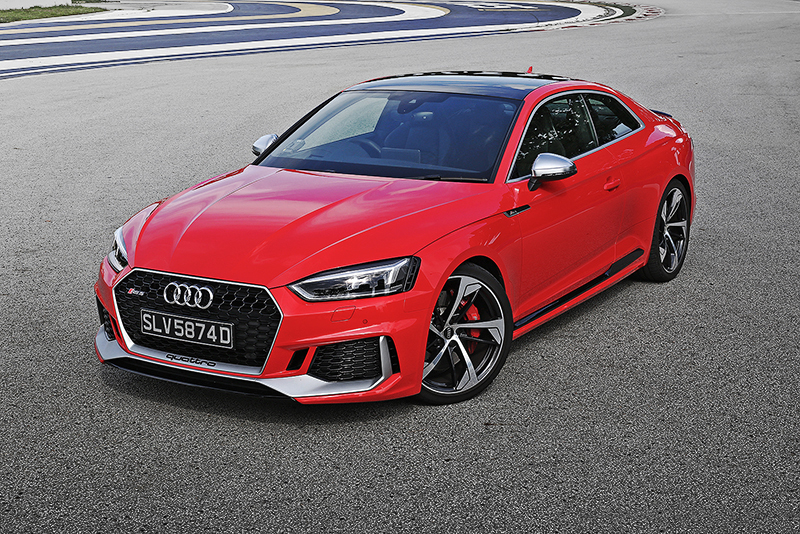 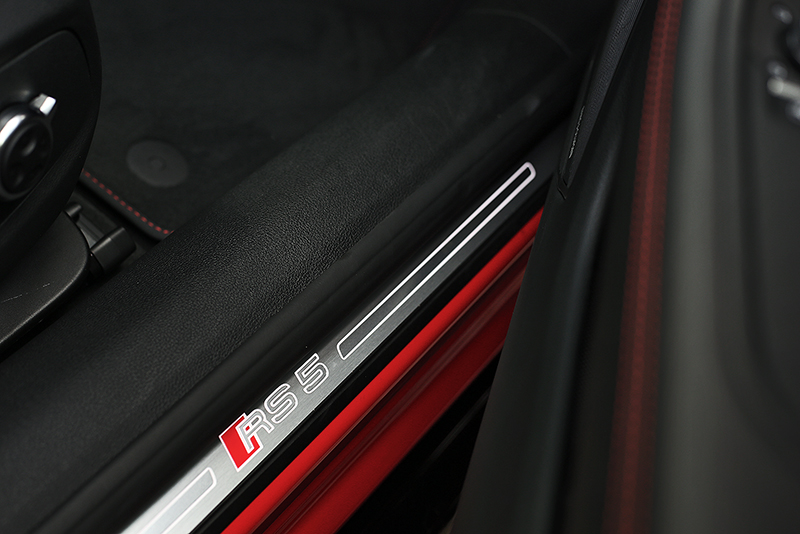 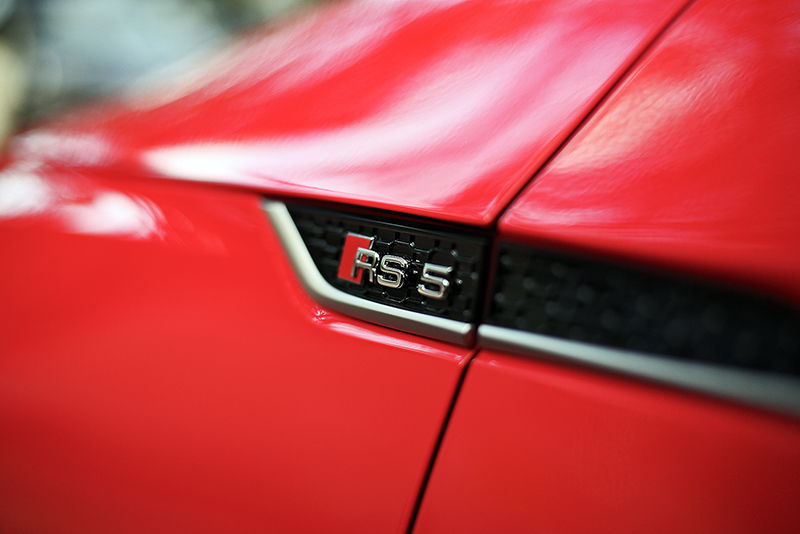