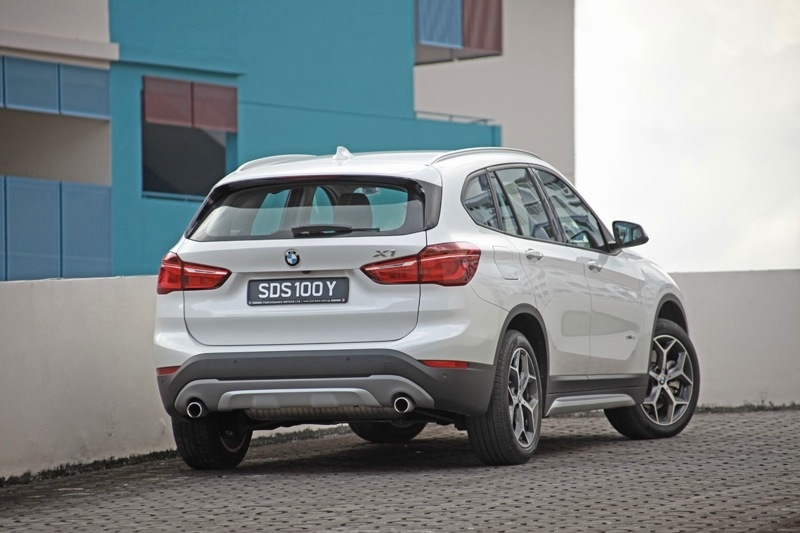 BMW puts plenty of effort into their entry-level X1, and the result is nothing short of impressive

The BMW X1 had a disastrous start. Well its first version, that is. It sounded groundbreaking at the time of launch: A compact SUV with the underpinning of a 3 Series sedan. The interior was rather impressive as well, providing good space for a typical Singaporean family (husband, wife, little one in the baby seat, grandma and grandpa).

Ok, so at this point you would be asking yourself, “Hmm… So what’s so disastrous about that then?” 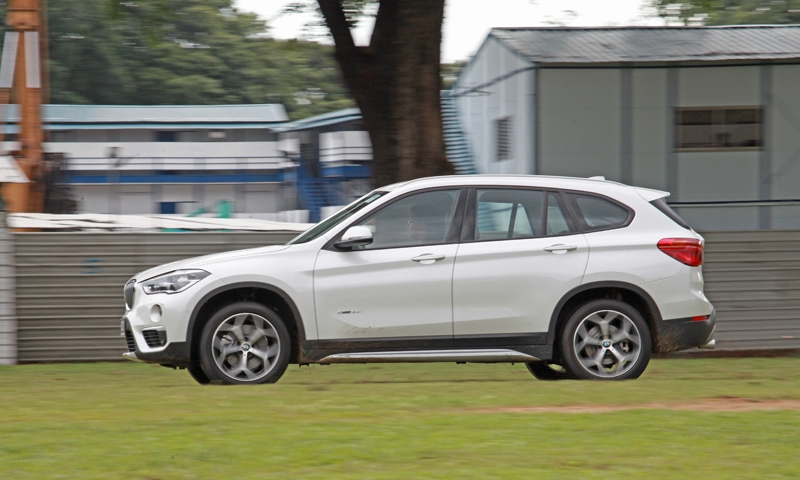 Have you ever gone jogging? After the first time doing a, say, 3 kilometer run, at the end of it you thought you’re going to die because you felt so breathless and assume your internal organs are shutting down one by one. But over time, you’d probably get used to it and soon, running a marathon becomes a breeze. 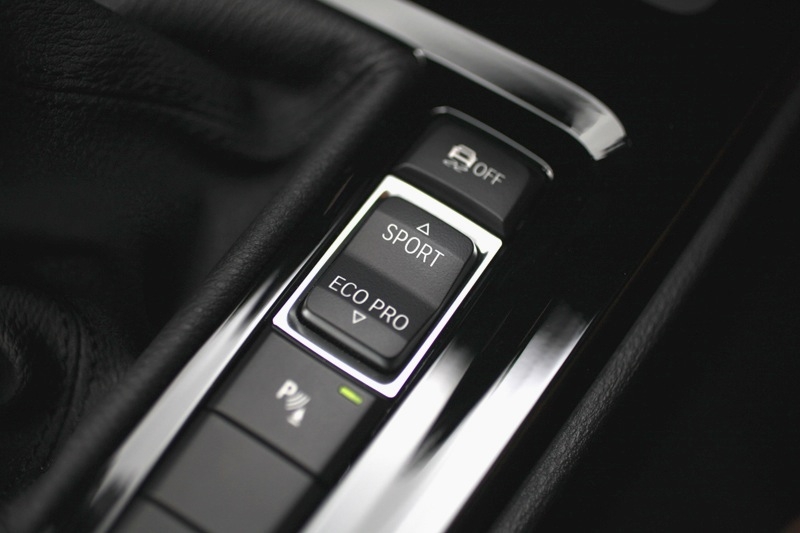 Not the X1 though. Nooo… Every single time you get behind the wheel, by golly, you felt like a failing runner whose glory days… ermmm… never existed before. I had the chance of living with one for a weekend when it first came out and I remembered the mileage reading just slightly above 1,000 km — technically it was already ‘run-in’. My word, that thing doesn’t even walk; it crawled. With a 2.0-litre detuned engine from a 320i, it only had 150 bhp and 200 Nm sent to its rear two wheels. A portly 1.5-tonne kerbweight doesn’t help as well; 0 to 100 km/h took an embarrassing 10.4 seconds. In fact, this was probably one car BMW needn’t fit traction control, as there’s not enough power to even let you go (cough… cough…) sideways. Every single time I was overtaken, I had to pretend I was busy with something so at least the bloke who overtook me had the impression I was slow because I was doing something else. Some who bought them (because it was the most affordable new BMW model back in 2010) sold it less than a year later. As you can see the BMW X1 sDrive18i was so bad, I actually put in effort to write an entire paragraph about it… 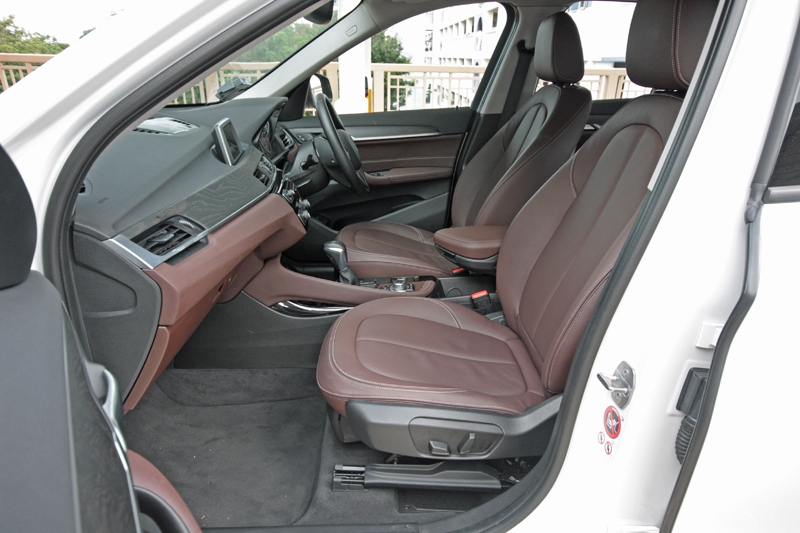 The local dealer obviously knew this situation with the X1, because less than two years later, they introduced a much better model; they had to, before Audi’s Q3 arrive and capture the market. This one came with a responsive 2.0-litre turbocharged unit. It still weighed above 1.5-tonne, but at least with 184 bhp and 270 Nm on tap, this light-footed sDrive20i does the zero to hundred sprint in 7.7 seconds. There’s more life which made it more fun; BMW didn’t forget the ride and handling department as there is so much grip coming from the chassis despite the taller stance too. At least buyers were more satisfied this time around notwithstanding the higher asking price over the version it replaced - sold very well too. 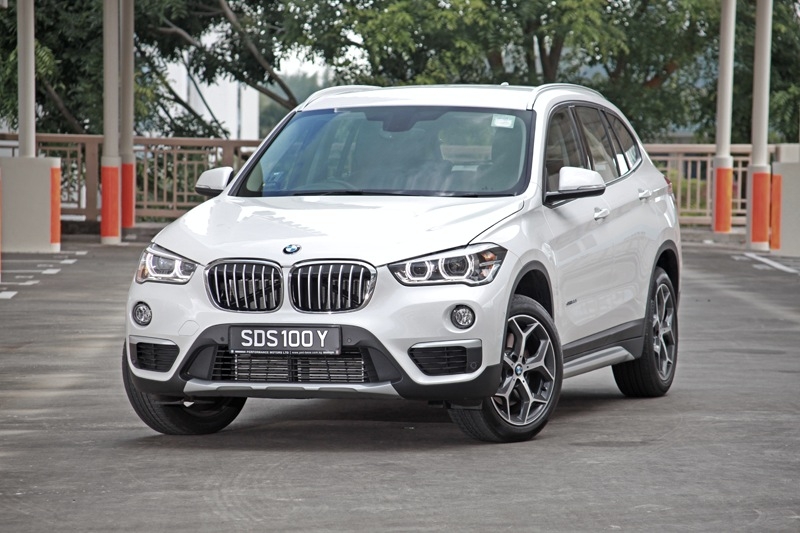 And now today we have the all-new, 2015 X1 sDrive20i. It’s a different animal altogether too; first and foremost, it’s now a front-wheel drive — something BMW fans still find hard to swallow. Secondly, it has an exterior that mimics the bigger X5 closely; in other words, more mature and there’s that undeniable tinge of macho-ness as well. 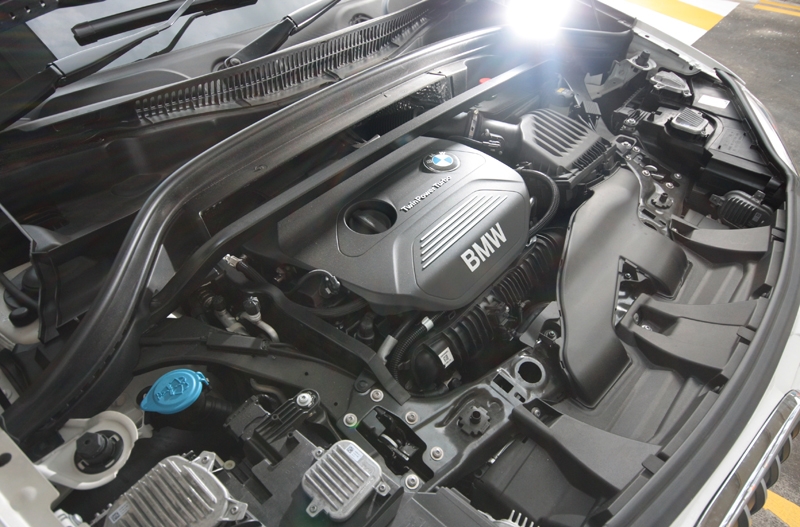 Lets get to the more important bit first — how it drives. Under the bonnet lies a 2.0-litre, 4-cylinder turbocharged lump that’s mated to a ZF-supplied 8-speed automatic ‘box; output is 189 bhp with the maximum 280 Nm worth of torque available from as low as 1,250 rpm. Meaning power is available from the get-go, which is important for town, traffic-laden conditions. 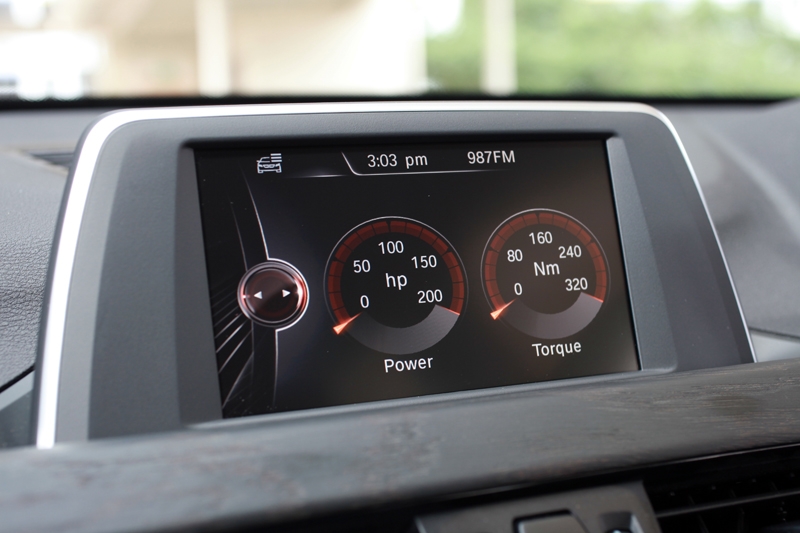 Like its predecessor, this iteration of the X1 feels light-footed and alive every single time you give the accelerator a hard stomp. You don’t see power struggle and even the turbo lag is almost unnoticed. The way power is delivered doesn’t scare as well — at least your passengers won’t be screaming their heads off as you try to out-accelerate that Golf GTI that has been tailing you for the past 5 minutes… 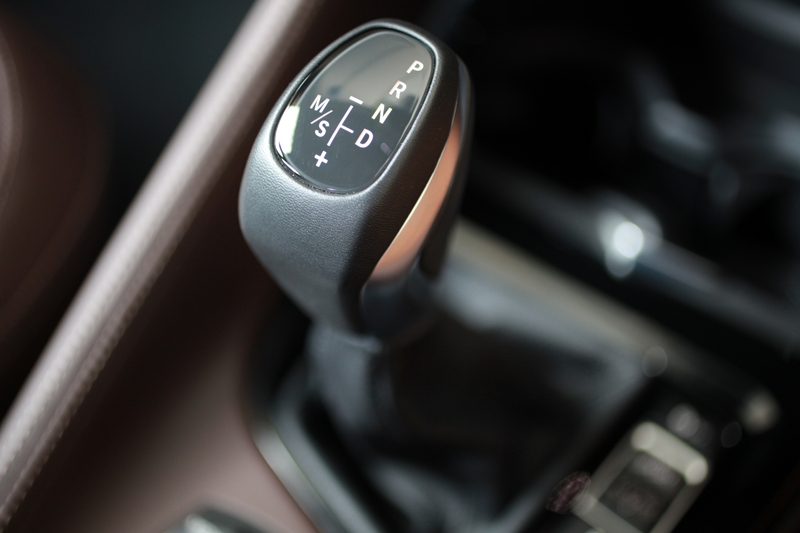 Done with that little teenage angst, the X1 displays another side; to be precise, just how refined it drives. Its cabin is well insulated against road, tyre, wind and engine noises which is amazing, because despite being an entry-level model, BMW’s engineers still paid attention to this little detail. The suspension does a good job of ironing out road undulations as well, ensuring every person enjoys an equally good level of comfort. Definitely feels a tad softer than before. 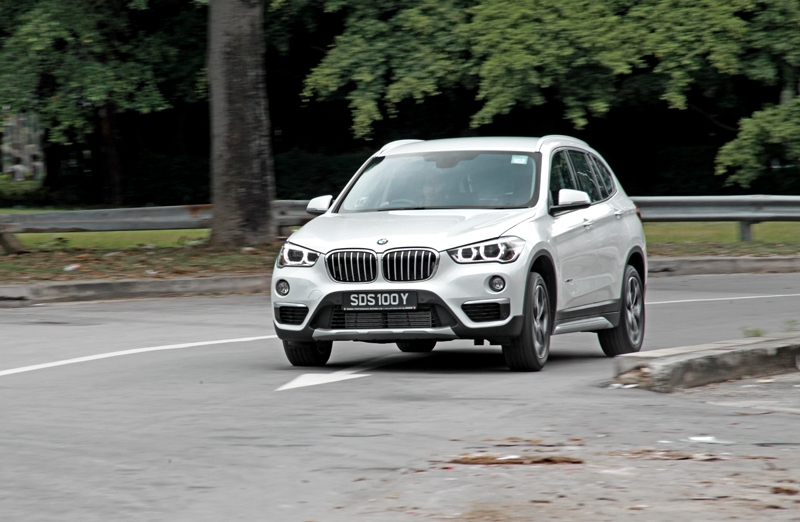 Despite the additional focus given to comfort, the X1 is in no way careless in its handling department though. You get good feedback from the steering and when you do get the urge to throw it fast into corners, understeer is almost non-existent. Well you still get more obvious body movements at every directional changes, but it definitely shows off BMW’s handling know-it-all. In fact you’ll be so occupied going from one corner to the other, you just forget it’s now a… ahem… front-wheel drive. 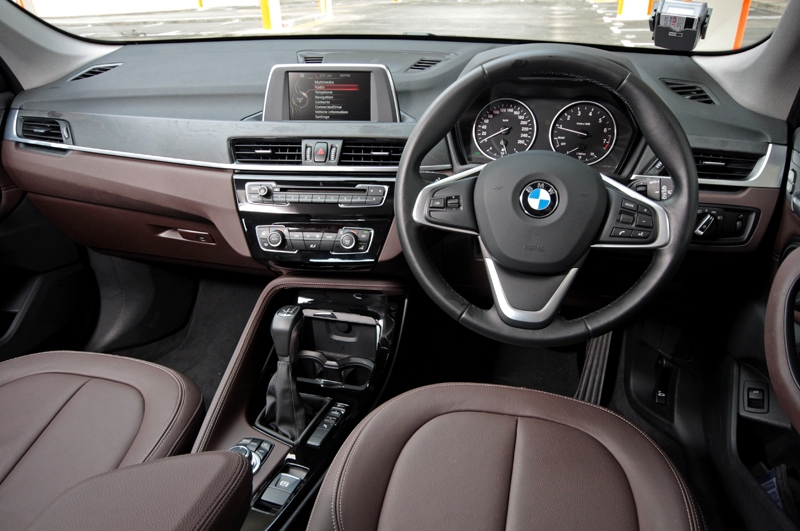 In terms of interior, there’s nothing to complaint at all. Oh wait — there are no paddle-shifters here. 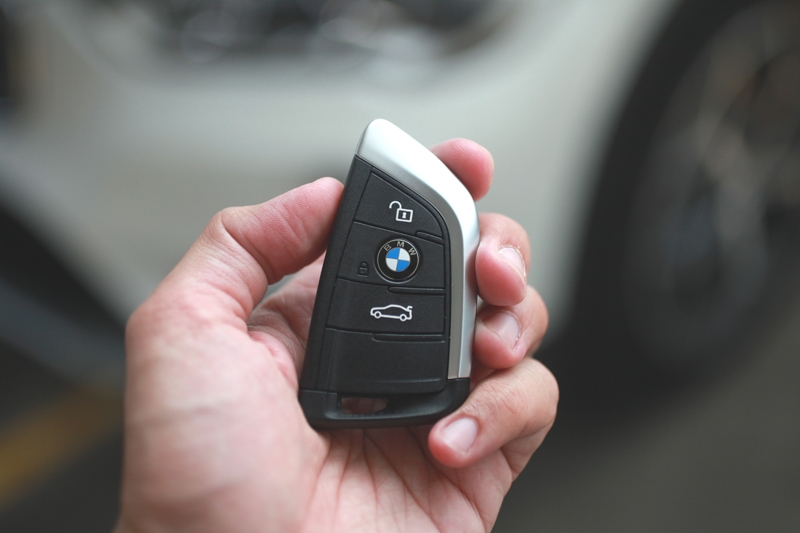 The rest of the cabin is well put together and there’s a luxurious feel to it; build quality is top-notch, and to compliment that even further, BMW added matte wood panels across the dashboard and every door panels. Every button is easily reached by the driver and clearly labeled, the iDrive remains one of the easiest-to-operate system available in the market, driving position is commanding and the abundant storage spaces would really make this a brilliant family car. 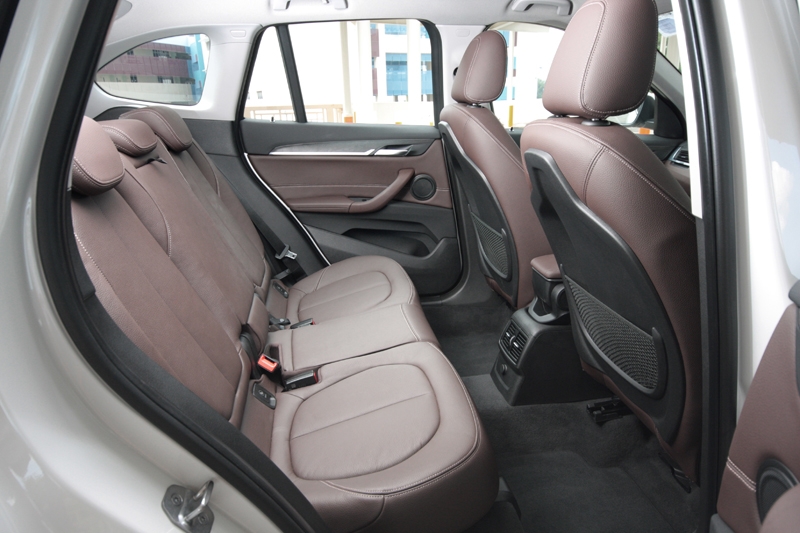 Of course, the rear seats could accommodate three average-sized adults with ease although you do sit slightly lower than in a Q3. Personally speaking however, I do find the rear air-con vents placed a little too low; perhaps placing it on the B-pillars could’ve been a better option. 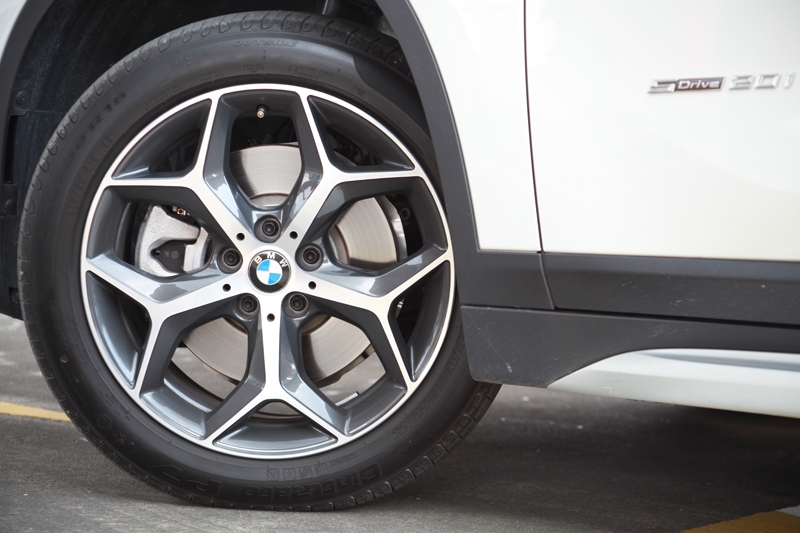 Boot space also deserves praise. At 505-litres with all seats up, you can rest assure you have so much useable space to utilize. Fold the rear seat down, and it expands to 1,550-liters, which is more than the 1,365-litres Audi’s Q3 offers. 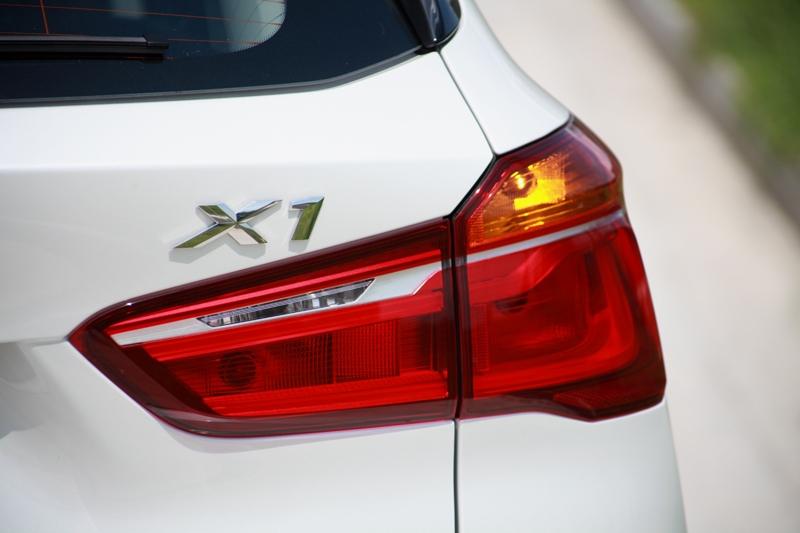 In a nutshell, BMW has successfully made their entry-level SUV a highly improved version over its predecessor, with much thought given into it. It’s good to know too, that refinement and quality has tremendously improved to justify the almost $200k asking price. Most importantly, this is a far cry from the first model that just didn’t cut it (I’m still wondering how come that one was approved for production). 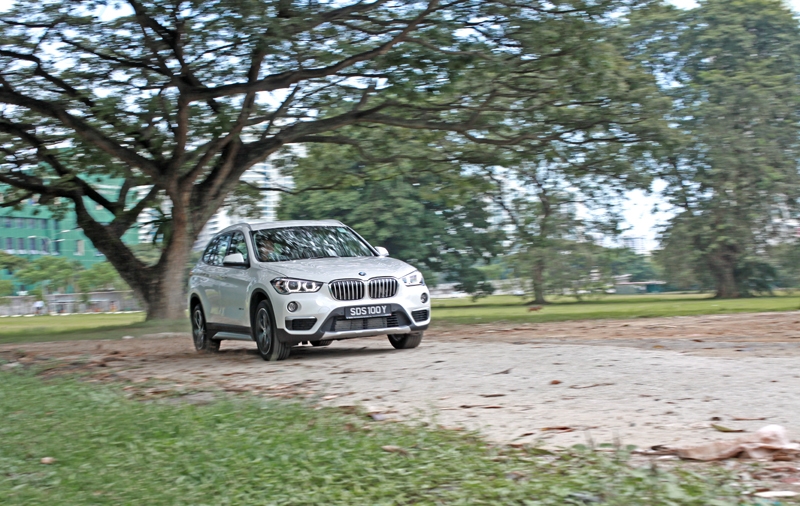 With a 183 mm ground clearance, you could still take it occassionally off the beaten path

Safe to say, Audi’s Q3 is not even a real threat here. But then again, the more characterful, equally family-friendly Land Rover Discovery Sport - which is less than $40k away - does sound a little tantalizing…