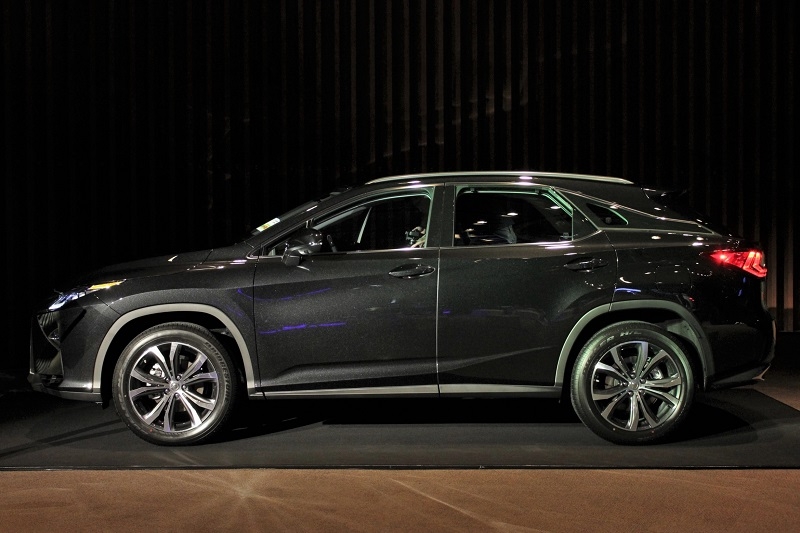 We may not think of them as the obvious choice, but when it comes to off-roaders and SUVs, Toyota are pretty hard to beat. Putting aside the legendary reputation of the Hilux and Landcruiser, Toyota practically created the ”soft-roader” SUV segment with the RAV4. Four years later, they helped establish the luxury SUV class, with the wildly popular Harrier/Lexus RX. Here was the first time buyers could get the security and practicality from a tall-riding car and all the creature comforts of a proper luxury brand, without the added cost and weight of dedicated off-road hardware.

For this latest fourth generation model, the RX has undergone some of the biggest changes of its 18 year history. Not just in terms of how it looks, but also under the skin — for the first time ever, the Lexus RX is available with a four-cylinder engine. 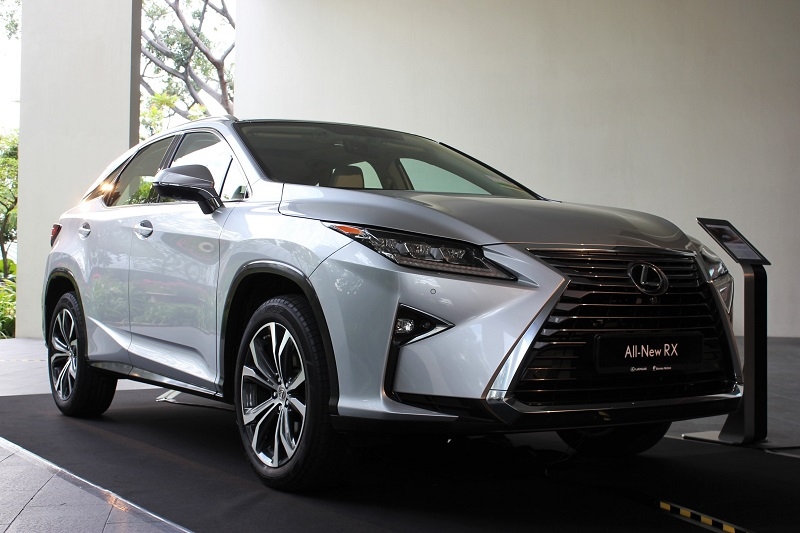 Whereas previously the RX (like most other Lexus models) used exclusively a V6 engine, environmental concerns have forced the creation of a smaller, more economical alternative. Hence the RX is available initially in RX200t (or RX Turbo) guise: utilising Lexus’ first turbocharged engine, shared with the smaller NX200t. Mated to a six speed automatic transmission, the 2.0L four-pot is good for 234 bhp and 350Nm of torque, with claimed fuel economy of 8.4L/100km. 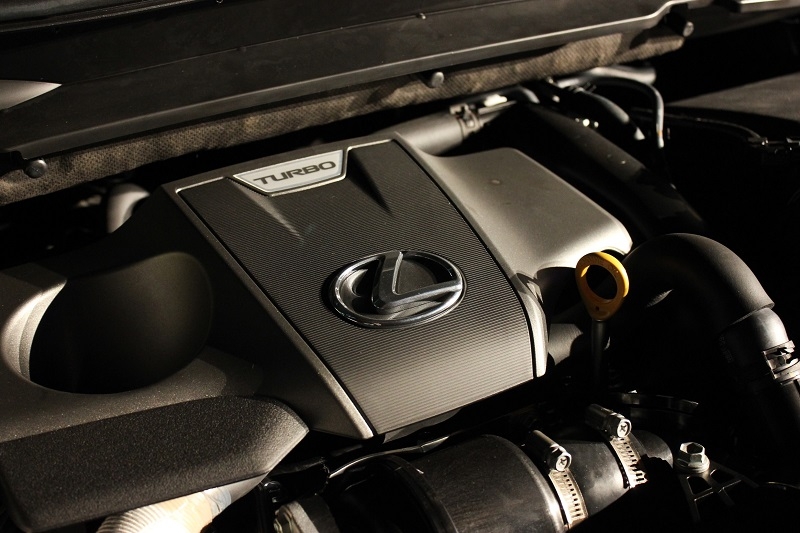 As we discovered with the NX Turbo, this engine has more than ample get-up-and-go for most driving situations, but for those still craving the traditional smoothness of a V6 configuration, worry not: the RX350 and RX Hybrid models will be available from Q1 2016. 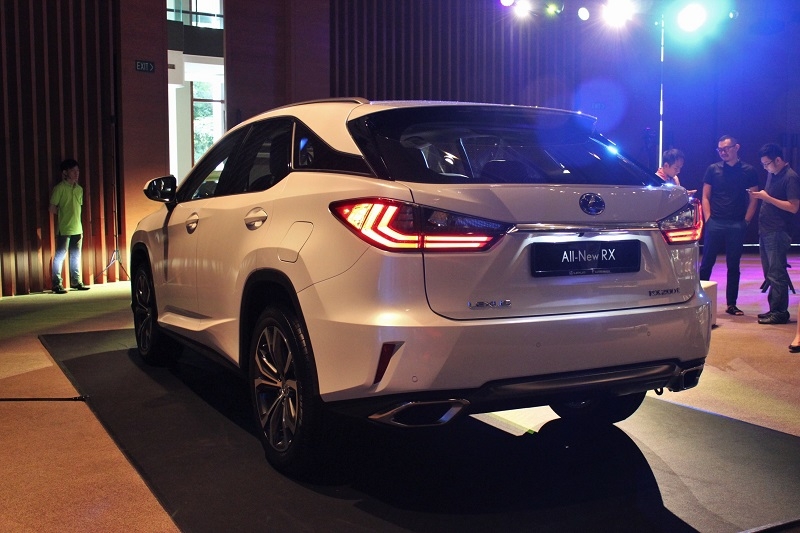 For now though, early adopters of the RX Turbo won’t be missing out on much, as they’ll still enjoy the same improvements and changes made to the rest of the car. First up is the exterior styling — the radical new look is more in line with the company’s new styling direction. From the oversized Spindle grille to the LED light clusters to the sharp origami-like creases in the sheet metal, the styling of the new RX screams aggression, with nary a curve to be found. 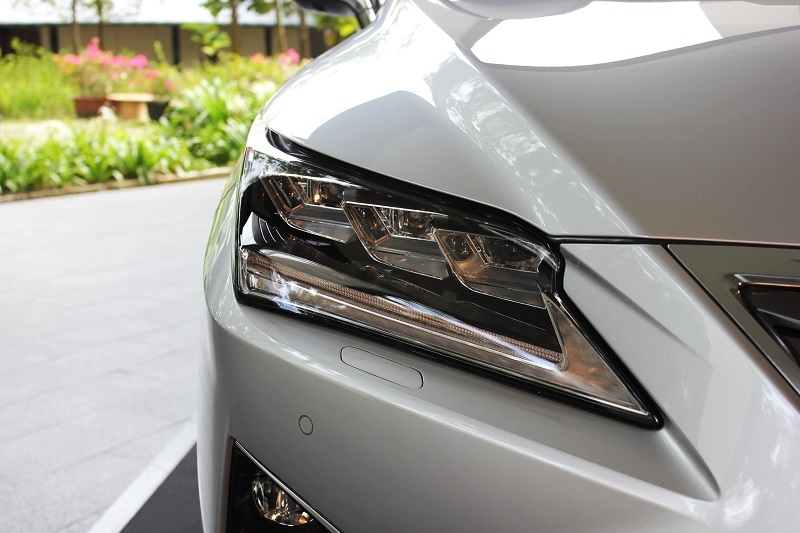 Thankfully the interior is a far more comforting place to be, and is packed with nifty touches. The entire dashboard is subtly angled towards the driver for instance, and the inlay used in the lower centre console is made of laser-cut wood and aluminium. There’s also a massive 12.3-inch high definition multimedia screen for most variants, and a colour Heads-Up Display system for Luxury and F Sport models. One other cool feature is the Emblem Sensor for the electric tailgate: simply hold a hand or even an elbow up to the Lexus badge on the tailgate, and it opens up automatically! 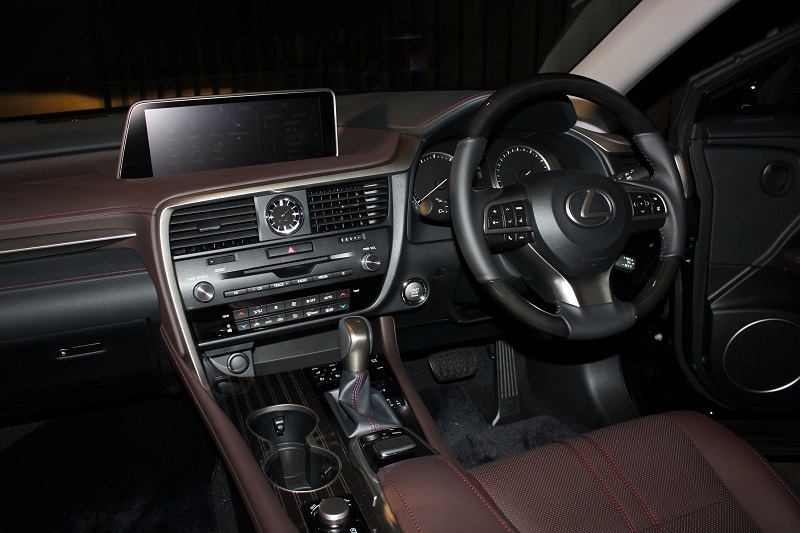 Apart from having more toys to play with, the new RX should also prove an easier car to live with. With a wheelbase lengthened by 50mm over the old car (with overall length up by 120mm), there is now more space inside for occupants. The floor at the rear has also been lowered, providing rear passengers with ”the same comfortable seating posture as the flagship LS saloon”. Additionally, a rethink of the pillars, wing mirrors and even seatbelt mounting points have also resulted in increased outward visibility both towards the front and the rear blind spots. 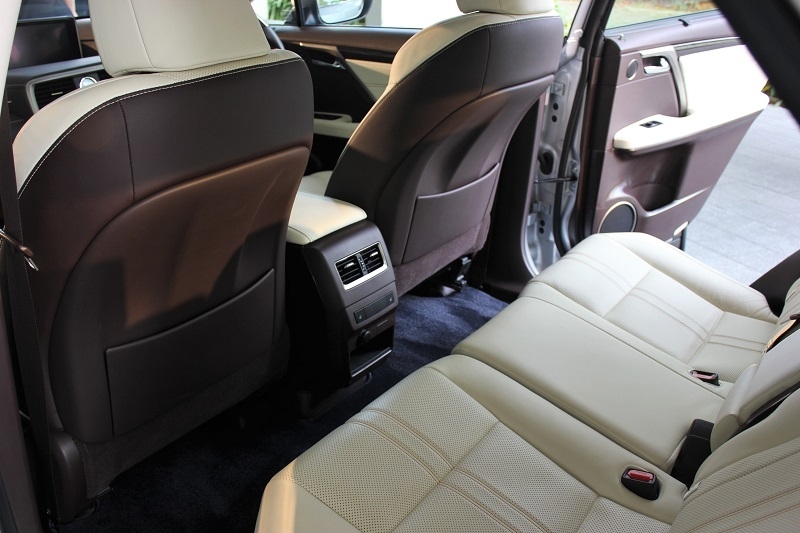 In total there are five different variants to the Lexus RX range in Singapore: the RX Turbo is available in Executive, Luxury and F Sport trims, while the RX350 and RX Hybrid come in Luxury and Premium trims. Apart from the base RX Turbo Executive, all other cars come with all wheel drive, a glass roof or sunroof, a 12 speaker audio system (the base car makes do with 9) and 20-inch alloy rims (the base car gets 18”s). And although the Executive’s infotainment screen is smaller at just 8 inches, it still comes with amenities like Bluetooth, a reversing camera, blind spot monitoring system, Lexus Parking Assist, ventilated and power adjustable front seats and that nifty new sensor-operated power tailgate. 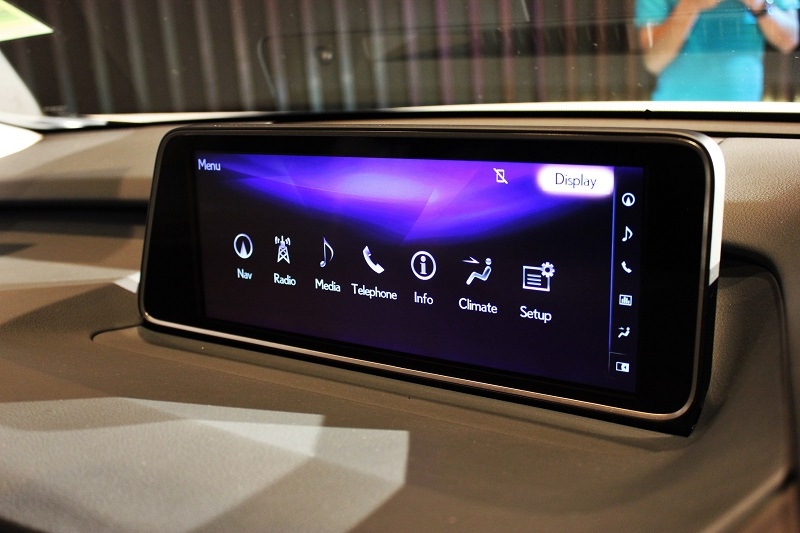 As of press time, pricing information is available only for the RX Turbo Luxury, which costs $276,000 including COE. 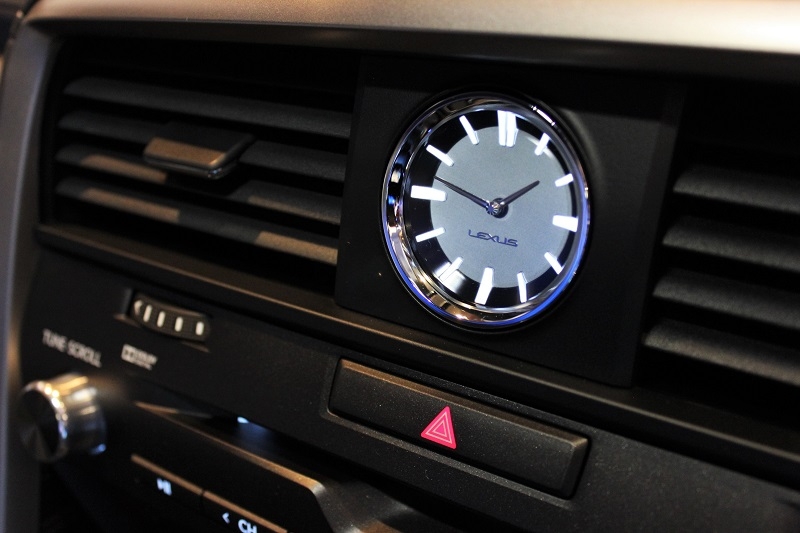 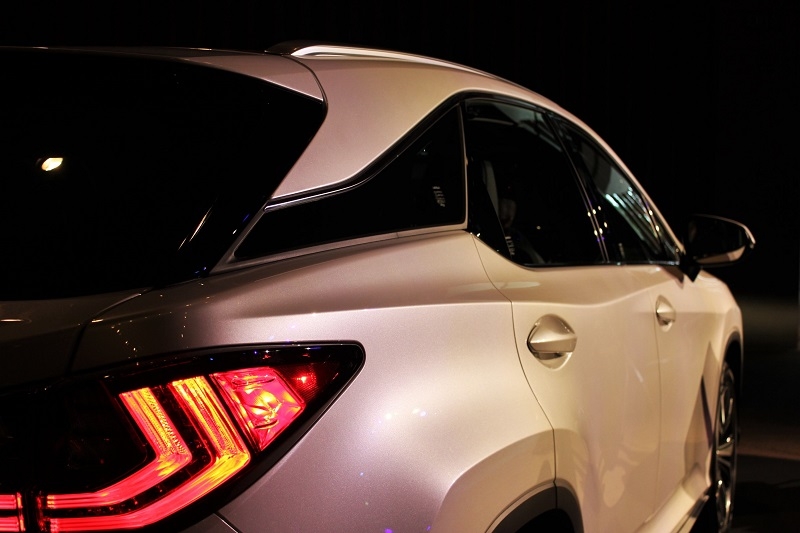 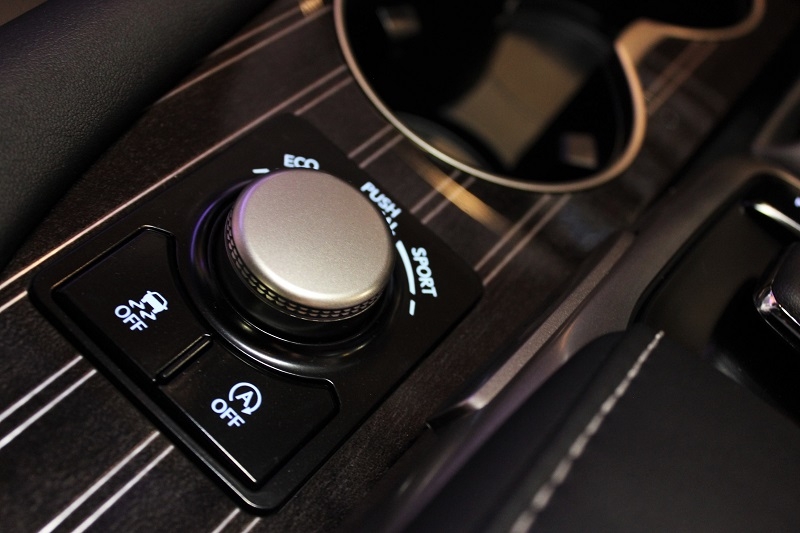 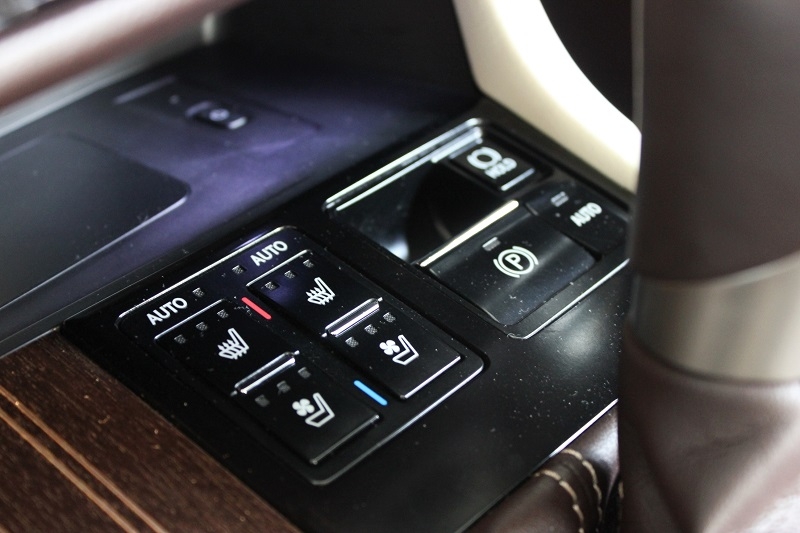 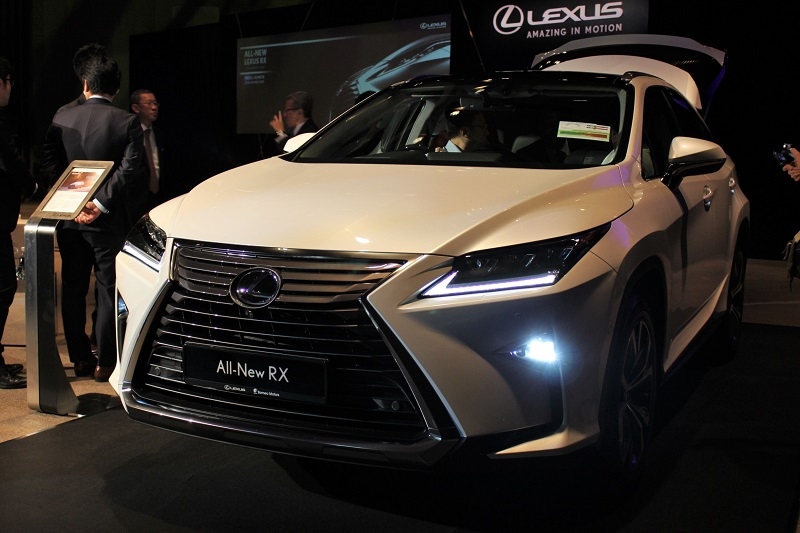