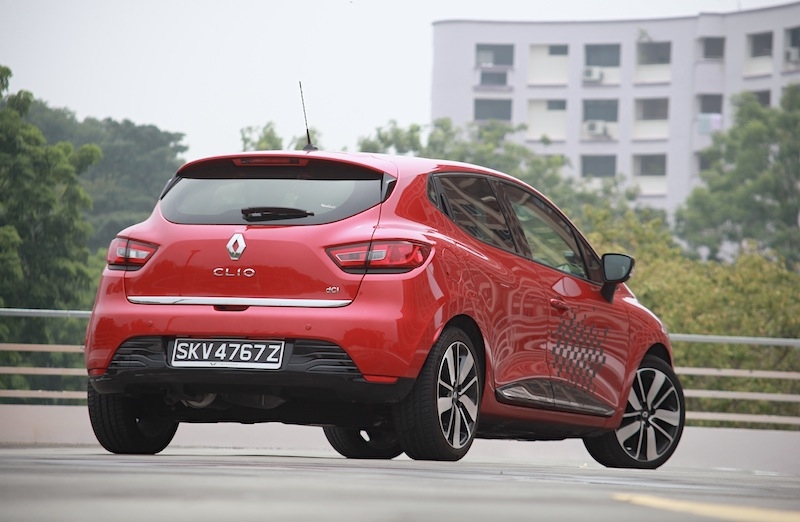 No, France is not waging a new war but instead it is revolutionizing how a compact hatchback should be

The Honda Jazz was, once upon a time, a compact hatchback that made every single driver want one: After all, within that diminutive package it delivered everything a normal driver would need. Think of it as the automotive equivalent of a Swiss Army knife.

It offered cabin practicality that was largely unbeatable by any of its competitors, a fuel-sipping engine that also whipped out decent power, a smooth automatic transmission (the manual was a joy for a car of its class too) and was a cinch to manoeuvre around town. 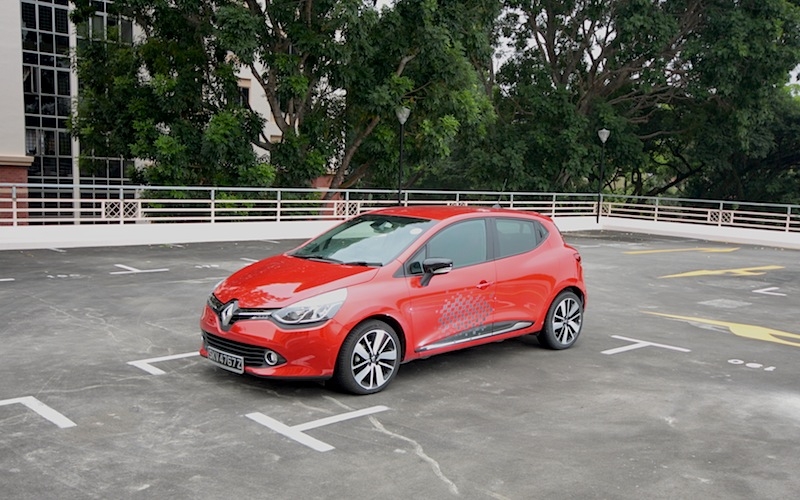 But oh how times have changed now. In its third iteration, the Jazz isn’t doing as well as before. Not that it’s the car or brand’s fault: The blame for the dismal sales figures falls largely on our country’s legislation. The Jazz was priced around $60 - $70k when launched more than a decade ago, but factors like the current rules on vehicle financing and high COE premiums have shot the asking price of the Jazz to between $105 - $109k now. This, psychologically speaking, doesn’t make sense to its targeted audience; after all for such an asking price, it (a) could buy you a more stylish hatch from the used car market, or (b) a mid-sized family sedan like the Hyundai Elantra, Kia Forte K3, Mazda 3 and Mitsubishi Lancer EX. Heck, you could get a fun Swift Sport for that money as well. Or if you want something European, even the entry level VW Golf. Such a pity, considering the current Jazz - especially the RS - is quite the brilliant car. 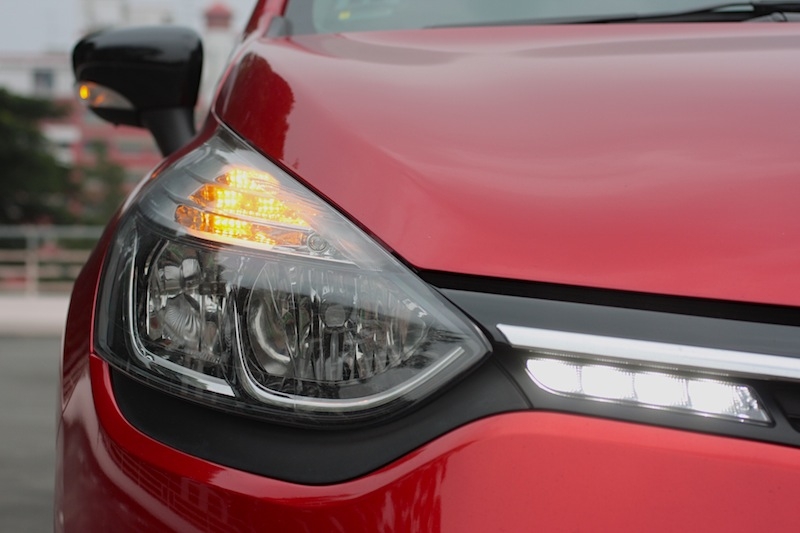 At the same time, it seems as though Singaporeans are rather used to paying anything beyond $100k for a brand new car these days. Then again, every once in a while both Hyundai and Kia would give their Elantra and Forte K3 promotional pricing that brings it down to less than $100k; and whenever that happens, the cars are quickly snapped up. 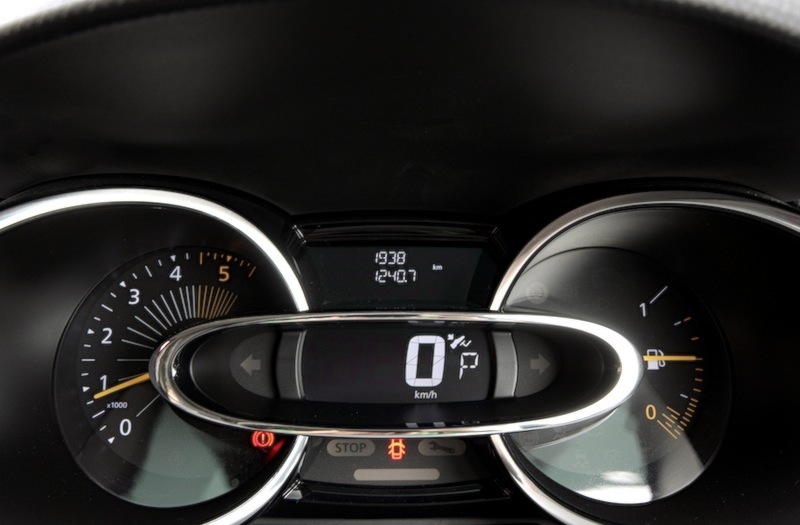 And it’s the same with this new Clio here. The local dealer priced it down to $99,999 with COE very recently, and that made it interesting enough for us to request for a weekend’s sampling. 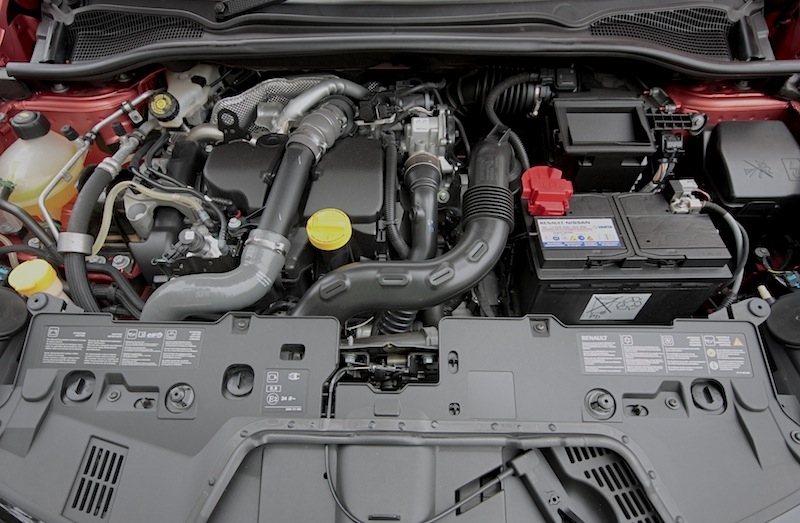 So let us begin with the important bits first. Pop the bonnet and nestled in there is a Renault-Nissan Alliance 1.5-litre common rail turbodiesel powerplant. It’s paired to a — get this — 6-speed EDC dual-clutch automatic 'box; with this pairing, power output is some 88 bhp (which may not sound much to me and you) but the piÃ¨ce de rÃ©sistance here is the 220 Nm worth of torque available from as low as 1,750 rpm. Not too shabby when compared to the likes of the slightly bigger Golf (200 Nm), Opel Astra (200 Nm) and Peugeot 308 (230 Nm). 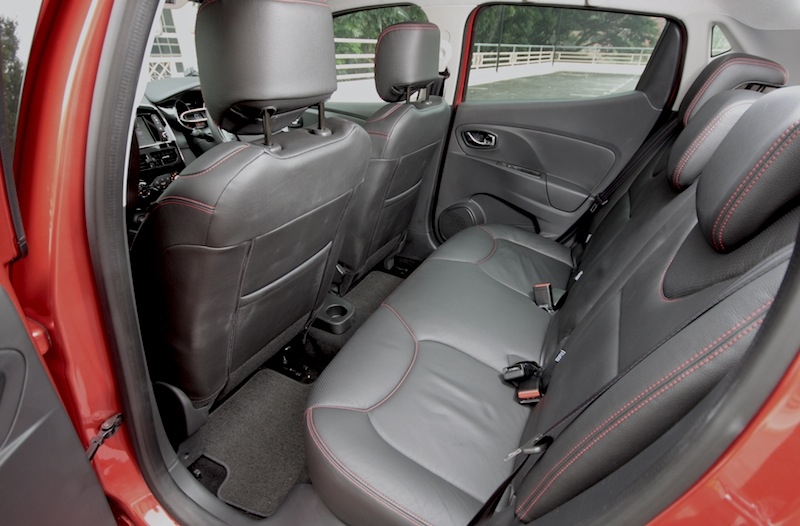 All that said, in the real world this Clio works. Even when fully loaded with three at the rear and another next to the driver (a combined excess weight of 300 kg on top of the car’s 1,152 kg kerbweight), it still pulls away off the red light strongly. There’s that undeniable lag for the first few seconds but once it gets a move on, the rev piles up and the transmission shifts up at around 3,000 — 3,500 rpm to make full use of the pulling power. And to add to that, the transmission shifts up jerk free, giving extra comfort for all on board. But this being a diesel, the clatter is quite audible in the cabin when worked hard. 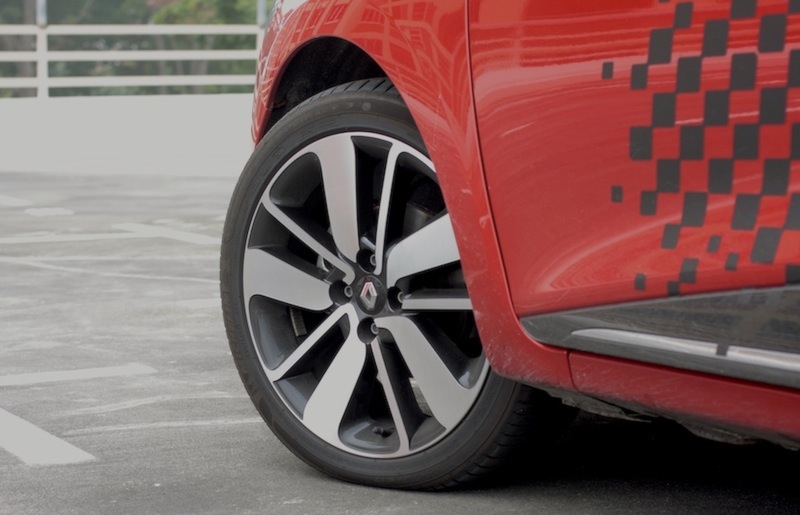 And out on the expressway, it has no problems staying on the fastest lane with the transmission alert enough to shift down a gear or two when the need to overtake arises. A surprise here is how the cabin is properly insulated from both wind and road noise — keeping in mind this is no premium compact hatchback, the level of attention given by Renault in this particular aspect impresses. 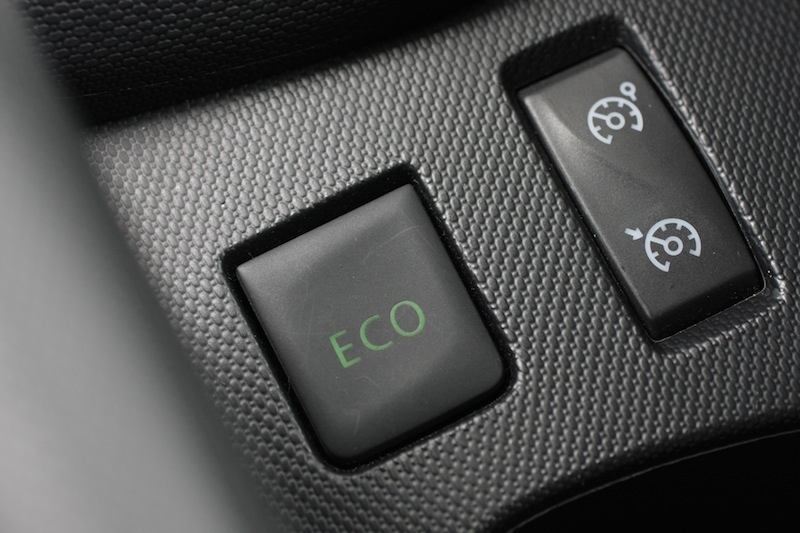 You could please Greenpeace activists by simply pressing this button here

Without the passengers (and excess weight of course), the Clio is a sprightly little thing; add the compact dimensions, and it’s also an easy car to drive around town, climbing up multi-storey car parks with gusto. But as mentioned earlier, with the turbo lag, you do need to plan lane-changes in heavy traffic to avoid being honked at when you try to be sneaky. 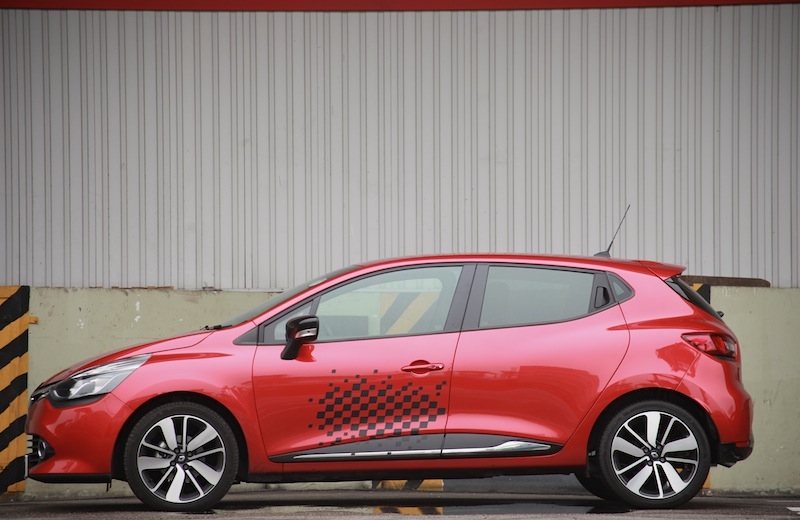 This diesel Clio doesn’t come with Renault’s Sport Chassis unfortunately, so you do get pronounced body-roll while playing rally driver along corners; rather unsurprisingly, grip level remains good and the helm, although light, remains sharp. Anchors are responsive too, doing a commendable job of shaving speed. 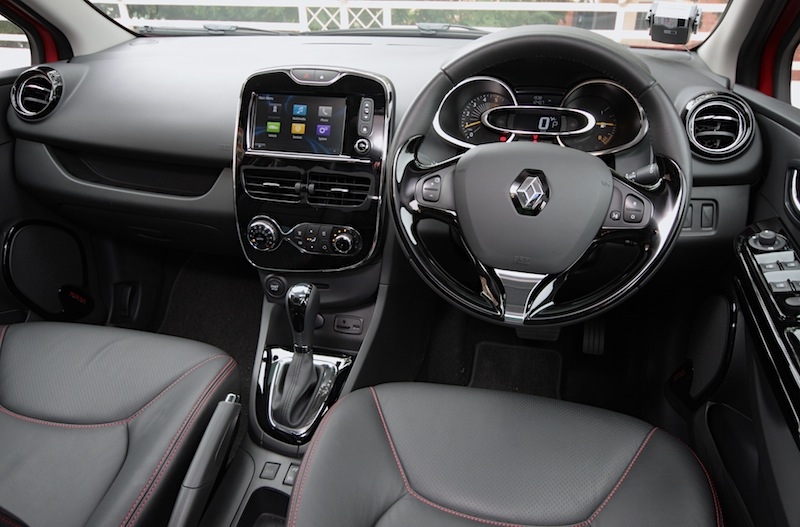 In terms of interior, there’s nothing much to shout about as this is no premium hatchback. Although not pretentious, it’s good to see Renault trying to spruce things up in there: Displays are clear and uncluttered, driving position for this 1.68-metre tall driver is spot-on and the leather-wrapped seats are comfortable; personally speaking however, I would appreciate a smaller steering wheel. Hard plastics are still widely used though, but again I must emphasise, this is not a pretentious hatchback. 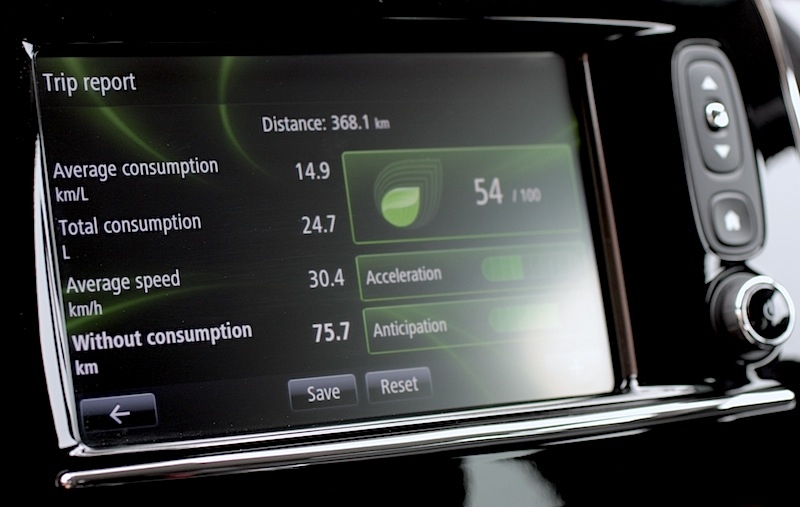 You also get Renault’s R-Link multimedia system: A 7-inch touchscreen that also houses a TomTom GPS and ECO Trip Report (according to this system, after clocking slightly more than 480 km, I returned a fuel economy of 15.1 km/L — no where close to Renault’s claimed 27 km/L, but still a good average for the real world). The similar Renault Bass Reflex bass optimizing speaker seen in its RS brethren also comes standard here. 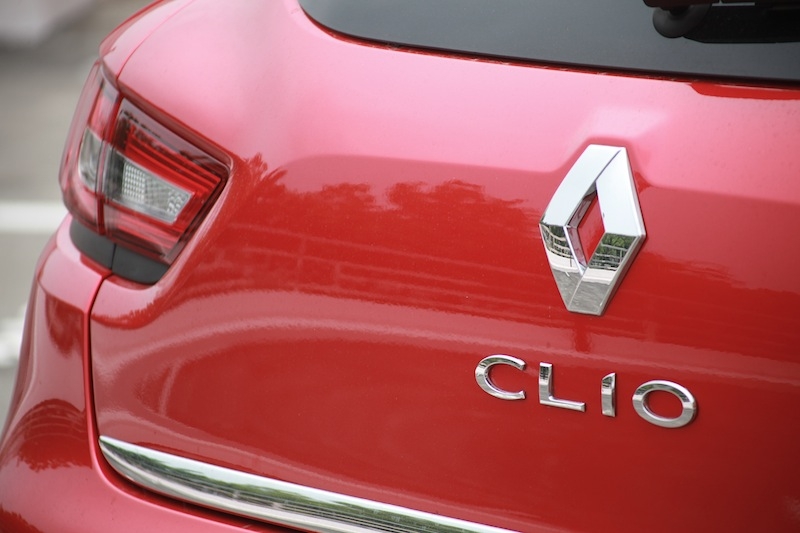 As a whole, the Renault Clio dCi has clearly demonstrated how you could actually get a lot of car from a compact hatchback — it has proper pulling power, lovely drivability and brilliant economy, plus an ergonomically sorted cabin. Granted there are still diesel quirks that you need some getting used to but put that aside, stare hard at the price tag, and if you are looking for your first Conti car, this is a highly viable option. 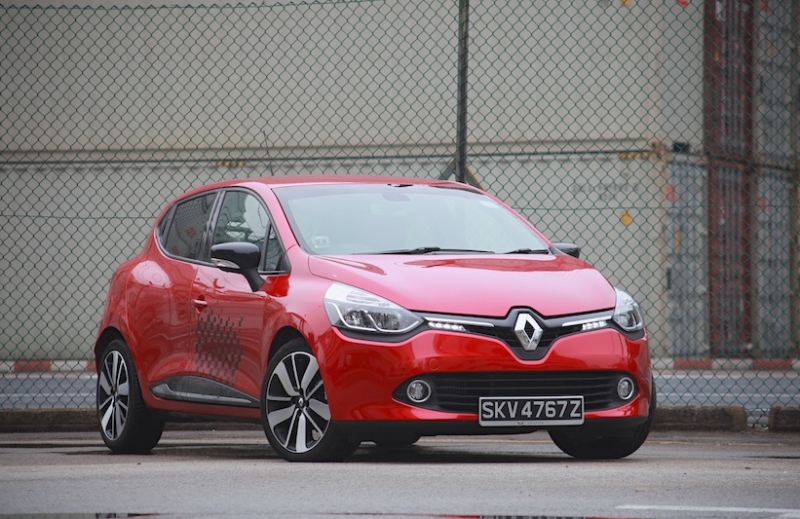 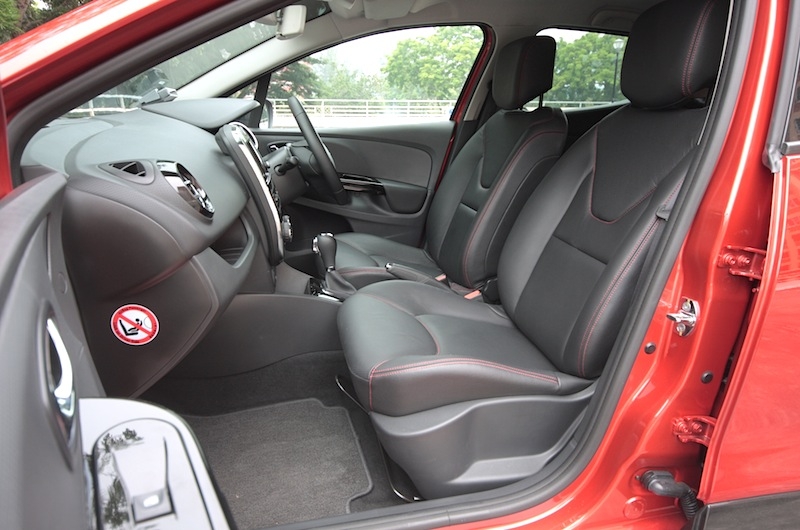 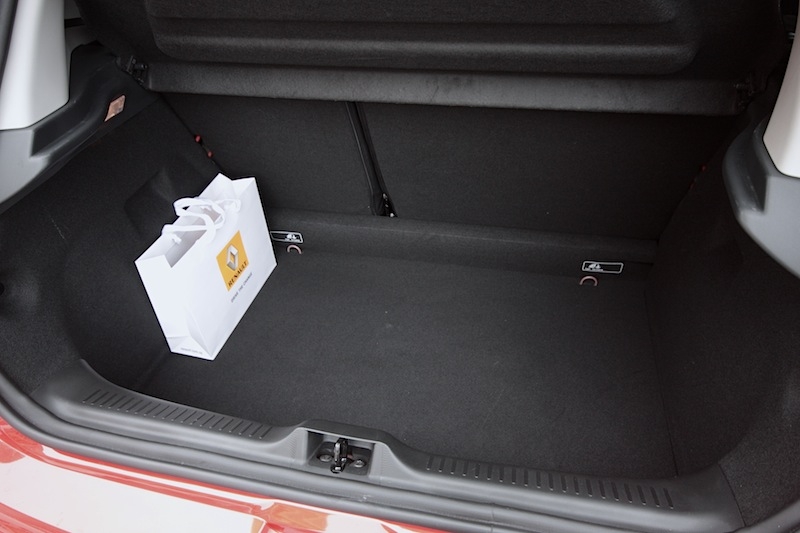