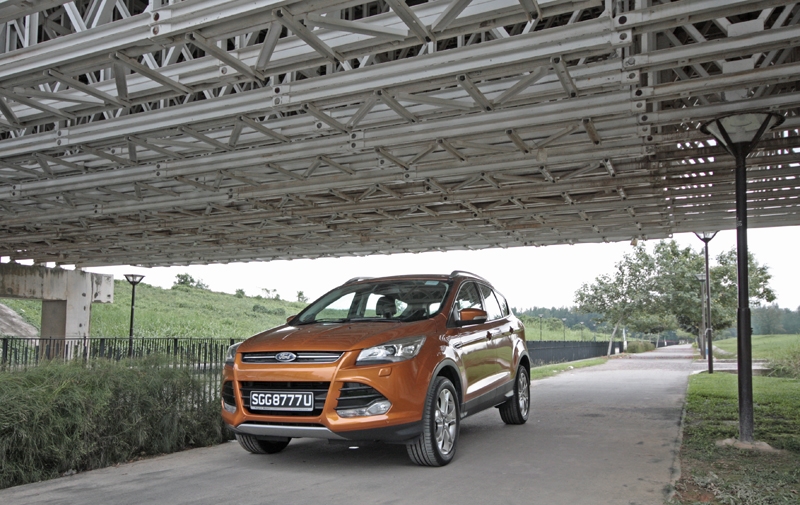 Ford’s Kuga comes with a reworked engine for 2015, but can it actually pose a threat to Nissan’s Qashqai and Honda’s HR-V?

These days if your heart and mind is set on a pocket-friendly compact SUV, the choices you have are rather limited to the Nissan Qashqai DIG-T 1.2-litre and Honda HR-V 1.5-litre. And to be bluntly honest, you can never go wrong with either; it all just boils down to whether you want a turbocharged or naturally aspirated one, or very simply, you’re either a Nissan or Honda person.

And also, for those who are willing to fork out the extra premium, MINI would gladly sell you a Countryman. 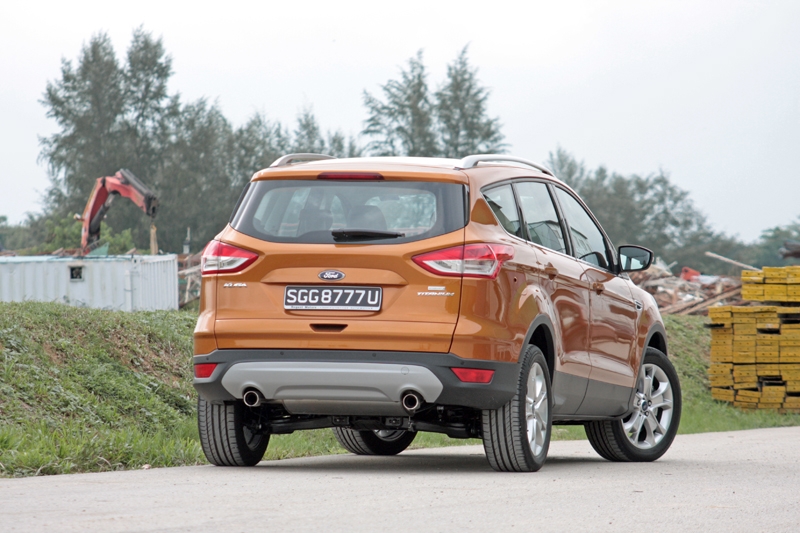 All that said, there is still one more candidate in this compact SUV segment though: In the form of Ford’s Kuga. 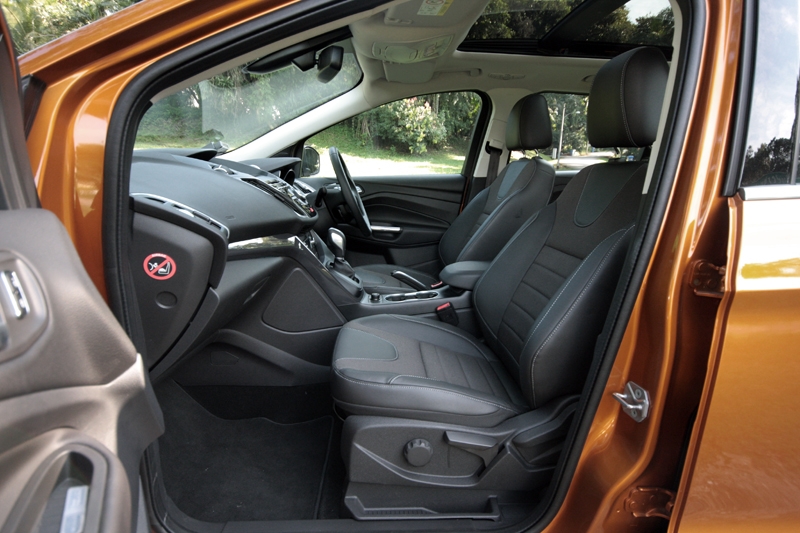 Well the Kuga isn’t exactly a new model, considering we’ve test-driven and reviewed it almost two years ago. While it gave me a good initial impression, I still couldn’t get over its questionable build quality back then and how the 1.6-litre turbocharged unit was rather gruff when you need it to work harder. 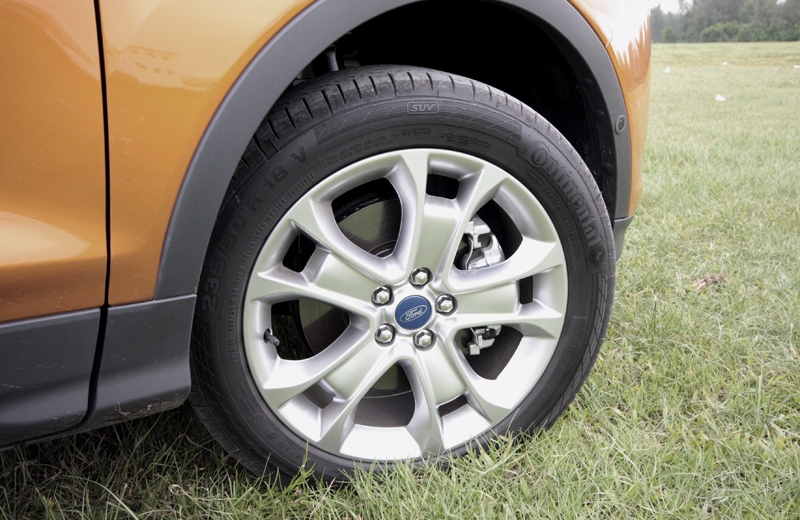 This new one, however, managed to impress me even further. 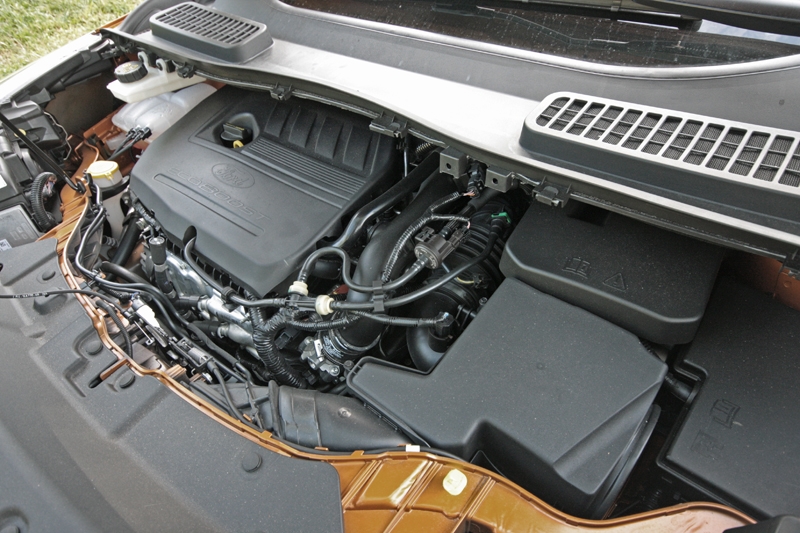 The center of attention for this Kuga now is the new engine. Ford has downsized the EcoBoost engine from a 1.6-litre to a 1.5-litre, did some enhancements to the engine’s internals, gave it a new exhaust manifold and paired it to the same 6-speed automatic transmission. 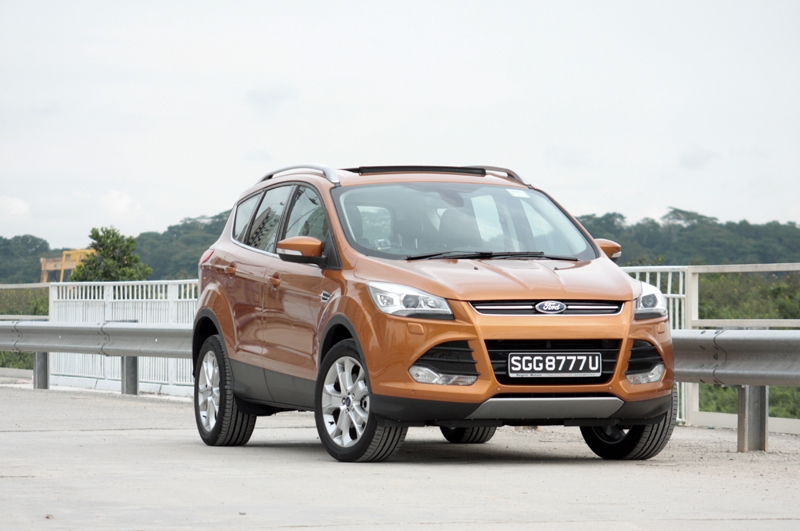 The result? Surprisingly, better refinement across the rev range and better power delivery. 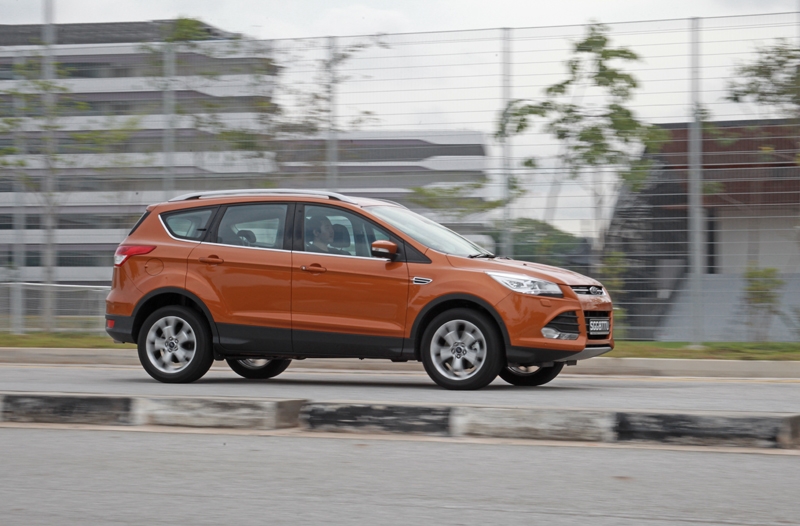 Interestingly though, Ford quoted a 180 bhp and 240 Nm output, which is actually similar as before - only difference is, the maximum output kicks in a little higher now (2,500 rpm; previously 1,600 rpm). 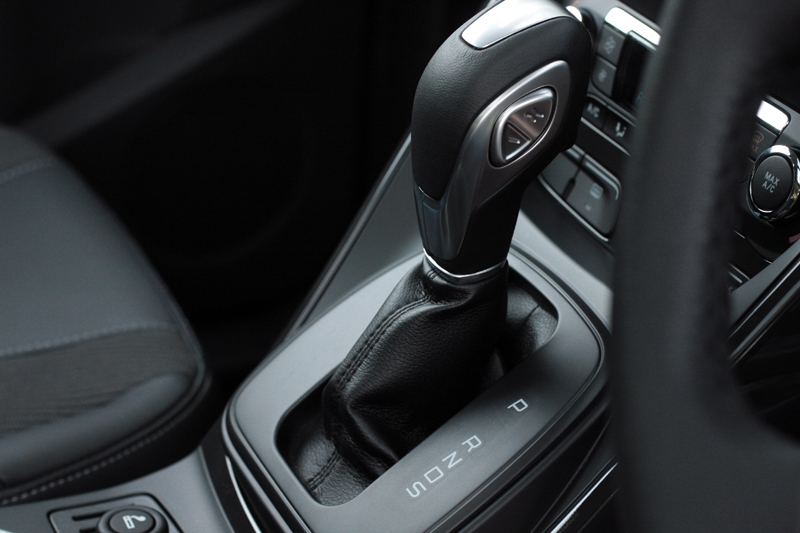 This time around it feels properly quick and less lethargic, despite the permanent all-wheel drive system, and gets livelier as the gears stack up particularly between gears two to four. Even if you’re the sort who loves driving in a sporty manner would be impressed with how it behaves when driven enthusiastically; you can either leave the transmission in ‘S’ or shift it via the ‘+/-‘ button on the gear shifter itself and either way, was quite satisfying to drive. 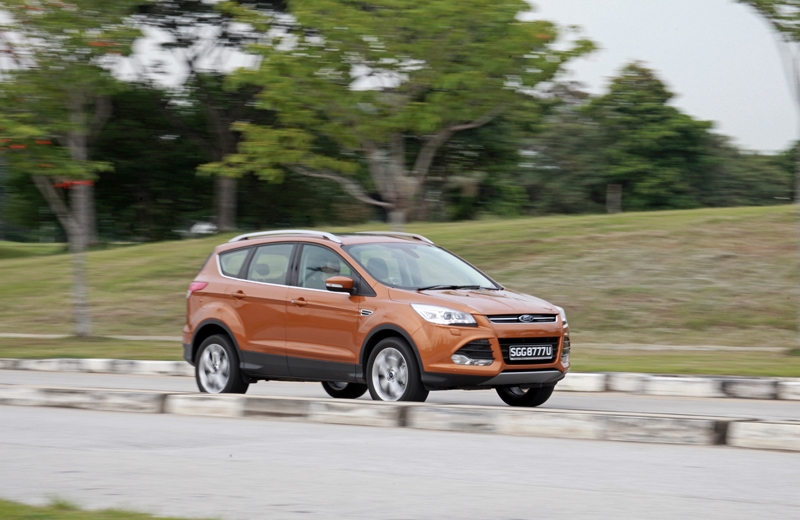 Yes I know the word ‘satisfying’ is rarely used in an SUV, but this was also made possible thanks to Ford’s expertise at building a sporty chassis for the Kuga. There’s that noticeable spirited trait as the Focus, despite standing slightly taller (216 mm separates the two siblings); meaning it can hold its own along winding roads with only the screeching rubbers telling you that you’re almost reaching the limit. As any other car this tall, understeer does kick in earlier than expected, but thankfully, the steering corresponds well enough to keep you updated. 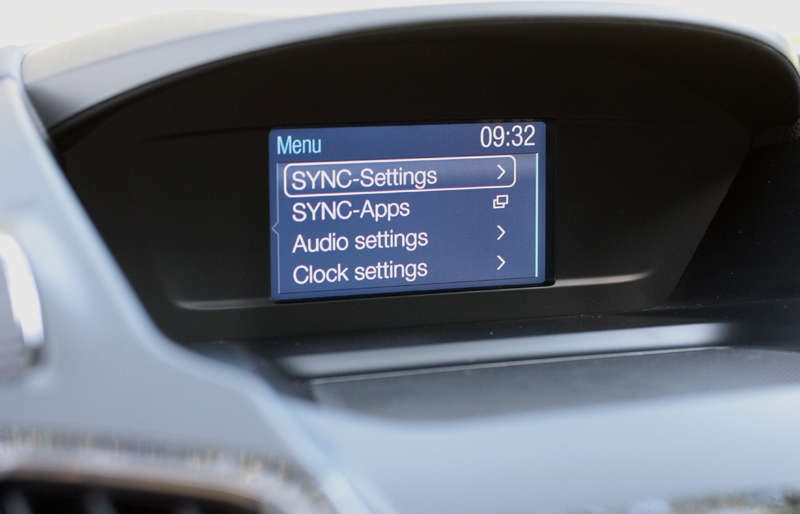 Body control remains positive and predictable as well, in a sense that it doesn’t swing left to right rudely at turns and sharp bends, or nosedive rapidly when you give the brake pedal a hard stomp. Speaking of brakes, it does its job in an impressive manner, but if you did somehow get into trouble, there’s the usual army of active and passive safety devices to help out, like traction control, ABS and EBD. 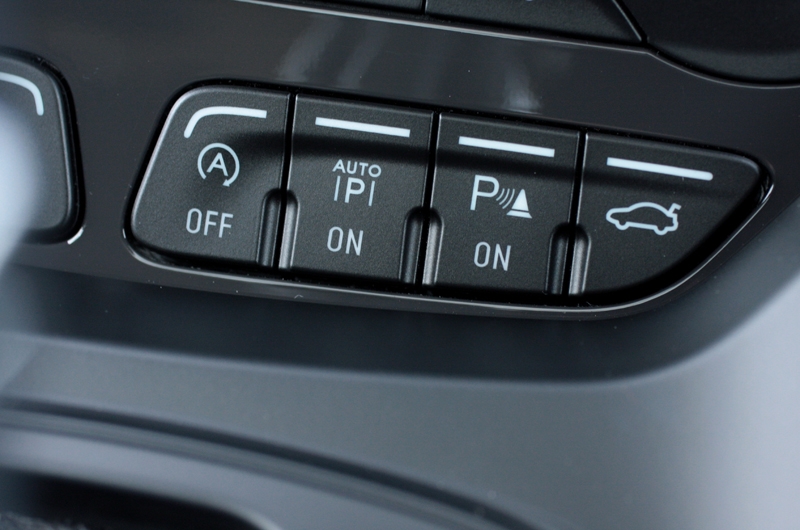 Ford being generous, park assist comes standard. At the press of a button, the Kuga will help you enter a parking lot, be it parallel or perpendicular. And this 2015 version also saw the addition of my least favourite feature: Engine auto start/stop. 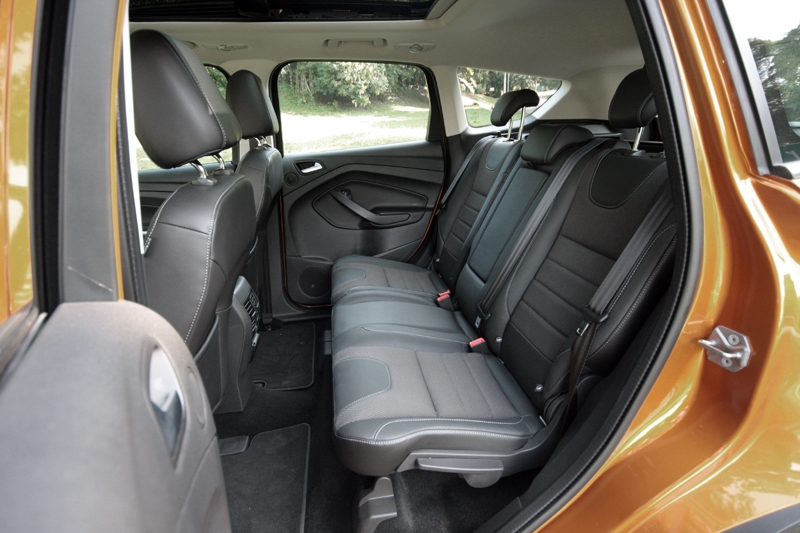 You open the rear door and the first thing that you notice is the spacious and comfortable seat. On top of that, it can accommodate up to three passengers without a hitch, providing more than adequate head and legroom; the large glass roof, as before, is still a standard feature for the Titanium variant. Notably, Ford has improved the overall build quality (although interior plastic employed here remains utilitarian than sophisticated) and even covered most of its exposed mounting points — this was the major issue I highlighted previously. 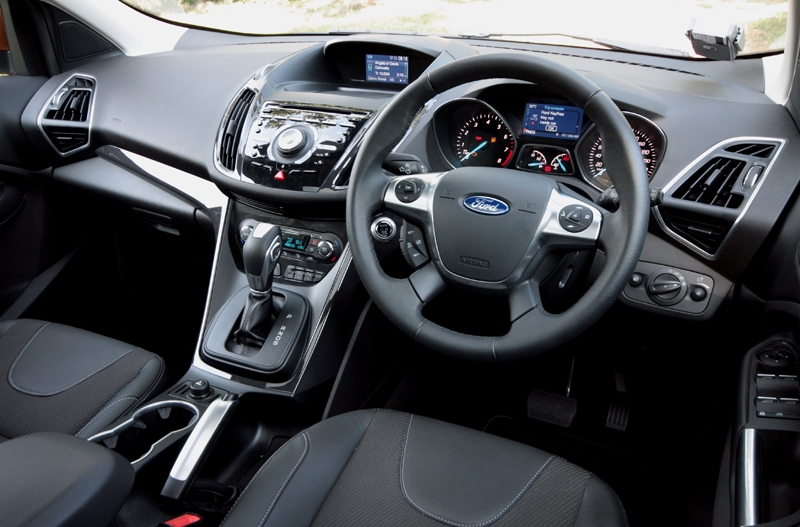 You will not feel out of place in the cockpit. Surprisingly though, you don’t have the impression as though you’re sitting on a stool — you sit comfortably like in a couch, all thanks to a seat that provides all the right lumbar and spinal support, even if you’re, err, bigger than usual. Â 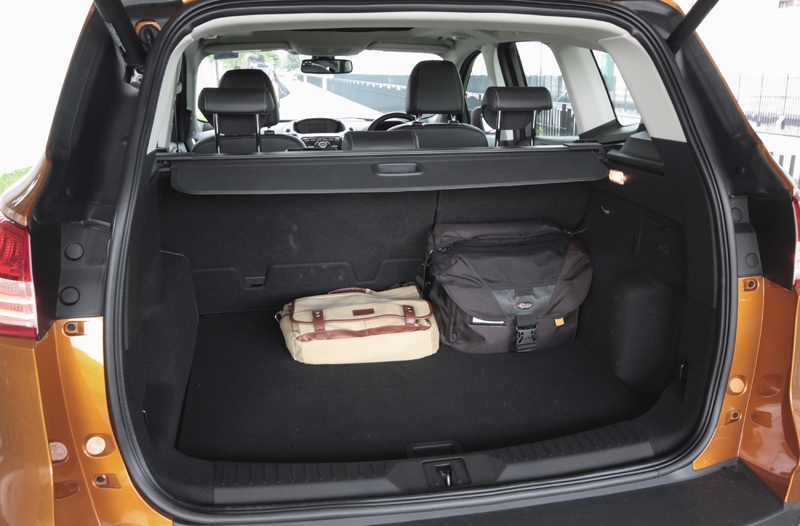 As a whole, the 2015 For Kuga presents itself as a true value-for-money proposition looking at (a) how well it drives now, (b) the improved interior build quality and lastly, (c) the fact that Ford gave it an extensive equipment list in this Titanium guise. Even better, it has the most generous dimension compared to the Qashqai and HR-V. 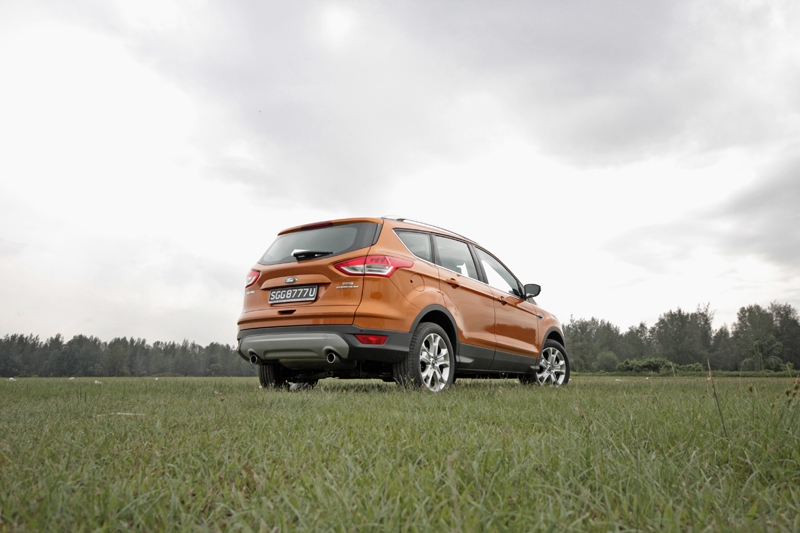 Now here is one crucial part of the Kuga that the local dealer needs to address: its price. If Ford genuinely wants to steal Honda’s or Nissan’s potential buyers, it needs to urgently relook this.