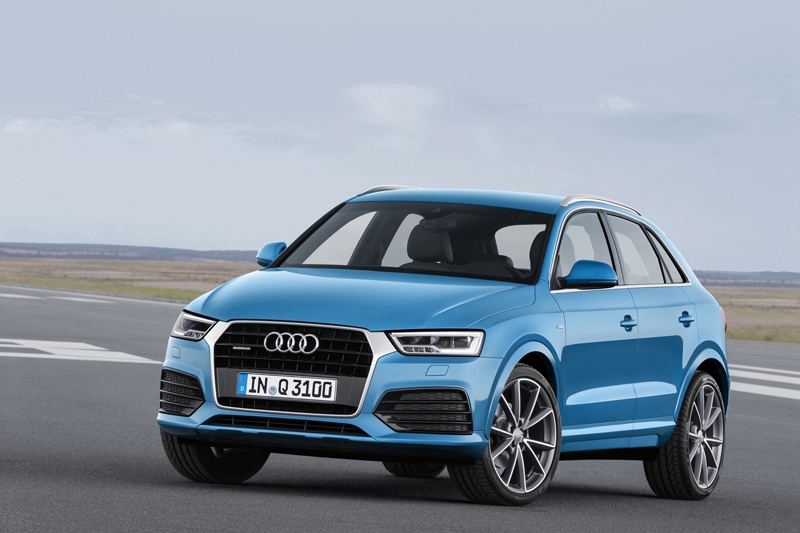 Styling, safety, efficiency, equipment and power were all on the agenda for the team given the tough task of reworking the Audi Q3; and that includes improving the RS Q3 even further by boosting output to 335 bhp.

The design with its coupe-like lines and characteristic wrap-around tailgate has been lifted further by a striking new 3D effect Singleframe grille, revised bumpers and new look alloy wheels. The full body-colour paint finish which was previously standard for S line versions and above also now extends to the base models. 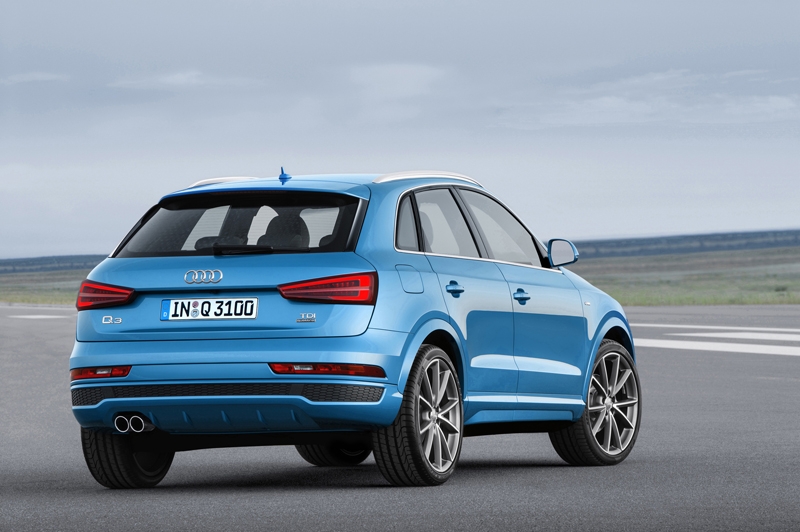 LED daytime running lights as standard, and the revised headlights now feature xenon bulbs; these are complemented at the rear by reworked LED tail lights. S line specification levels upgrade to all-weather LED headlights and dynamic ‘scrolling’ rear indicators which illuminate sequentially within two-tenths of a second from the inside out in the direction the driver intends to turn (ala A8). 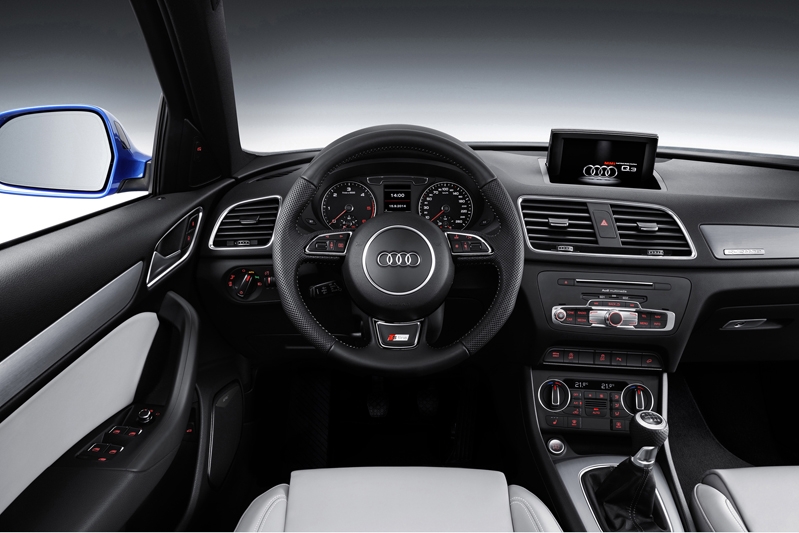 Under the skin, the two TDI cleanÂ diesel and three TFSI engines at the heart of the new Q3 models not only boast higher power outputs and improved fuel economy, but also CO2Â reductions of as much as 17Â per cent and compliance with EU6 emissions regulations. 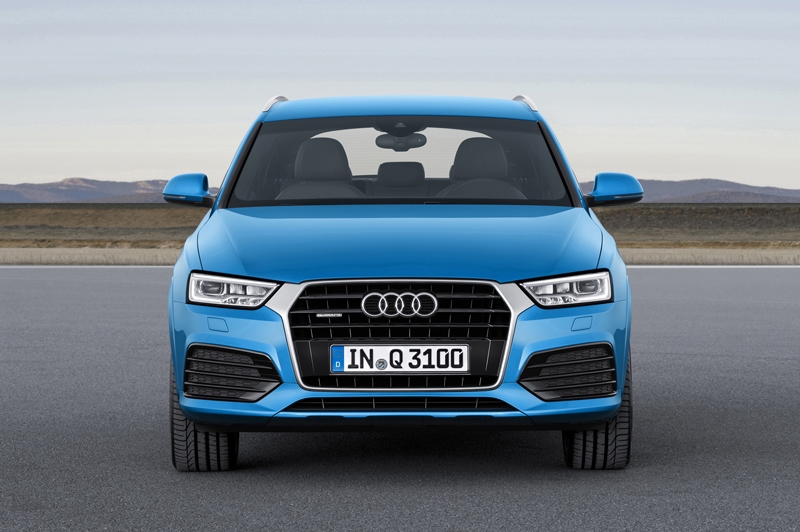 A new star in this line-up is the 1.4-litre TFSI petrol engine with Cylinder-on-Demand technology which appeared first in the A1 and A3 ranges and makes its Q3 debut here. With 148 bhp and S-tronic transmission, it gives the front-wheel-driven Q3 1.4 TFSI a 0-100 km/h sprint time of less than 9 seconds. 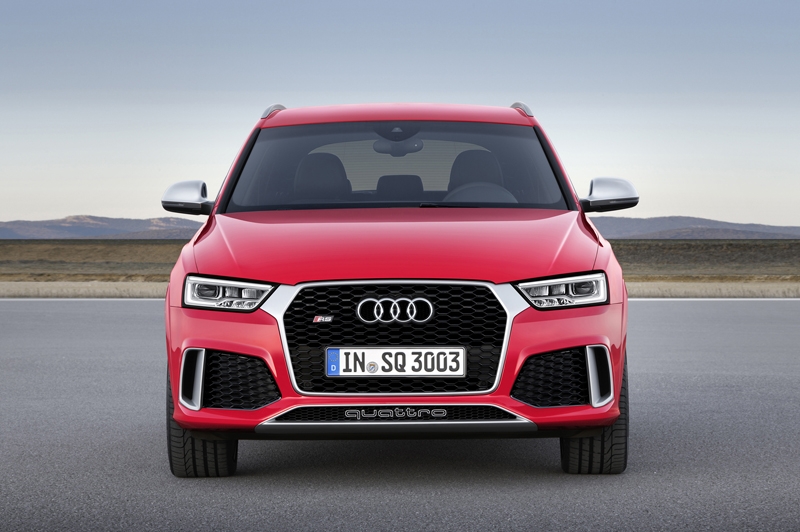 The third petrol unit — a sonorous 2.5-litre five-cylinder TFSI - is reserved for the RS Q3, and its power upgrade to 335 bhp helps to drop its sprint time from 5.2 to 4.8 seconds. Economy nevertheless remains impressive considering the performance potential - up to 11.6 km/L is achievable according to the official tests. 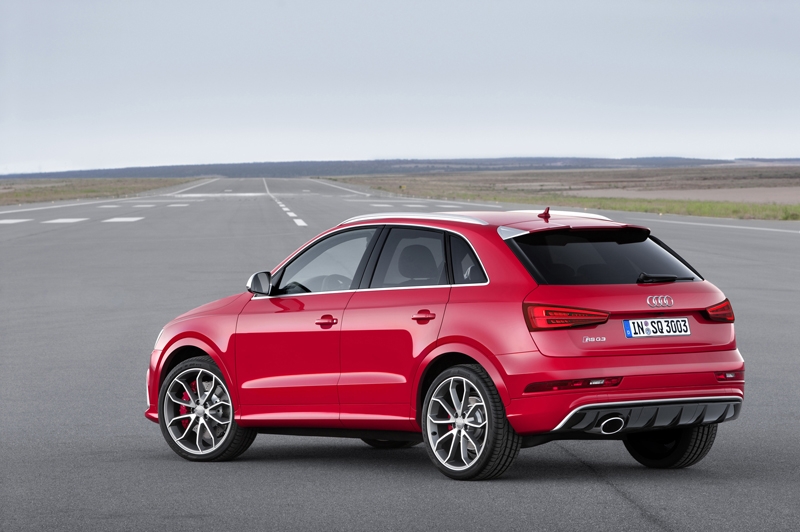 An RS exhaust system, with a switchable flap, adds even more volume to the unmistakable sound of the five-cylinder engine. The standard seven-speed SÂ tronic transmission, which transfers the power to the Quattro drivetrain via a new hydraulic multi-plate clutch (fifth generation), has also been refined for even faster gear changes. The lower gears are closely spaced in the interest of strong acceleration, while the seventh gear is tall to optimize the economy. 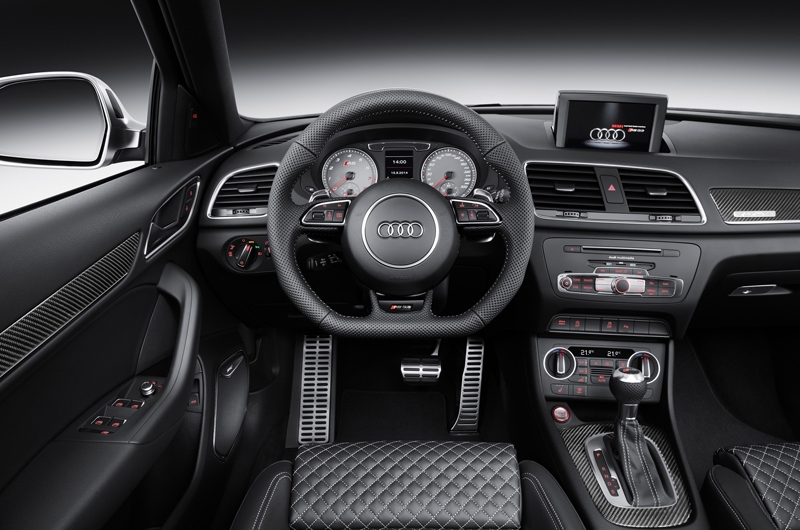 RS sports suspension is standard, and can be supplemented by optional electronically controlled damping adjustable via Audi drive select. 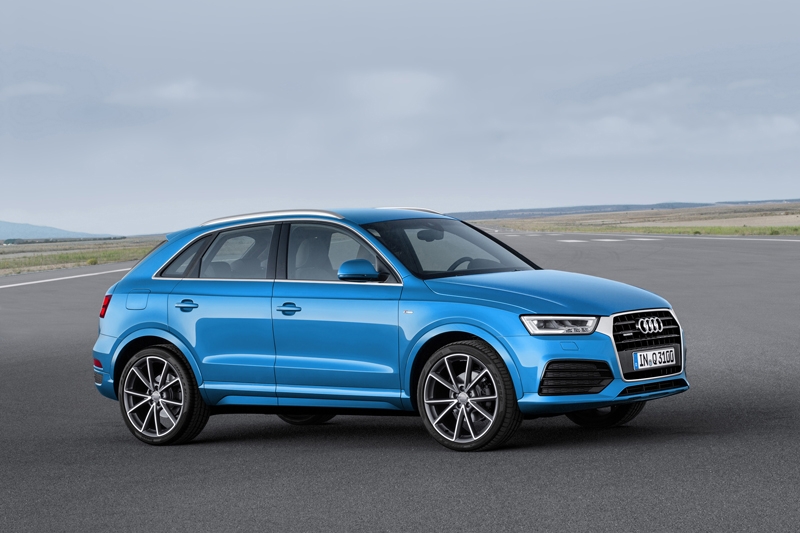 The chassis of the redesigned Audi Q3 combines agile handling with safety, and further fine-tuning for the latest versions has enhanced comfort even further. The Audi driveÂ select adaptive dynamics system, which was previously offered at extra cost, is now fitted as standard and enables the driver to adjust key technology modules, including the optional damper control system, to suit their personal preferences.