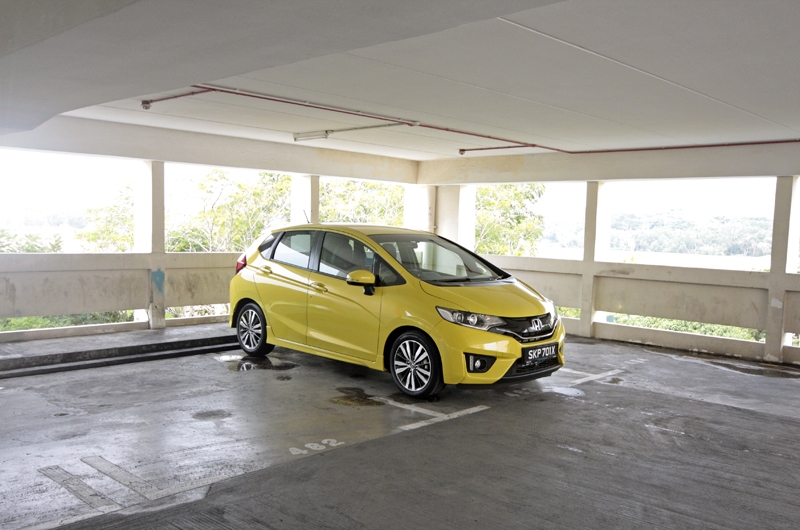 Honda’s highly loved compact mini is back, but is it a case of a little too late when the Europeans are already at the forefront?

It’s a small market, but it’s a definitely big one; ahh... such a paradox. The compact mini is a small market when you compare it to the family sedan, MPV and SUV – after all, ever since the changes in COE and financing rules, buyers who were considering such small little boxes on wheels checked their sums again and decided it makes much more financial sense to get a family sedan instead.

Case in point, Volkswagen’s new Polo. At a little above $110k, you could actually get a Kia Forte K3. Get what I’m trying to say here? In fact, even Volkswagen is being conservative with their sales figures for the Polo. And for Ford to bring in their latest EcoBoost Fiesta, that took a lot of guts. 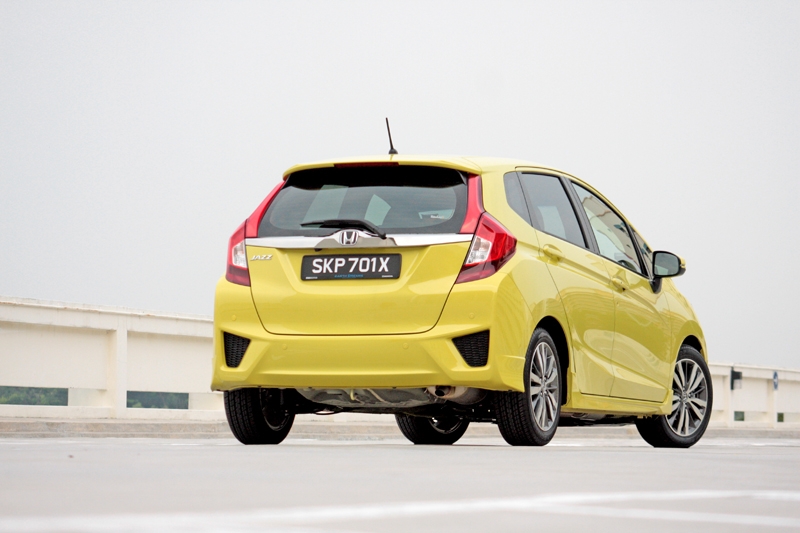 Which then brings me to the Honda Jazz. About roughly 68 years ago, it was selling like hot cakes — batches after batches were flying off the showroom floor, for both generations. Then let’s not forget how big the following was - the fact that it also came with manual transmission ensured its popularity among boyracers. 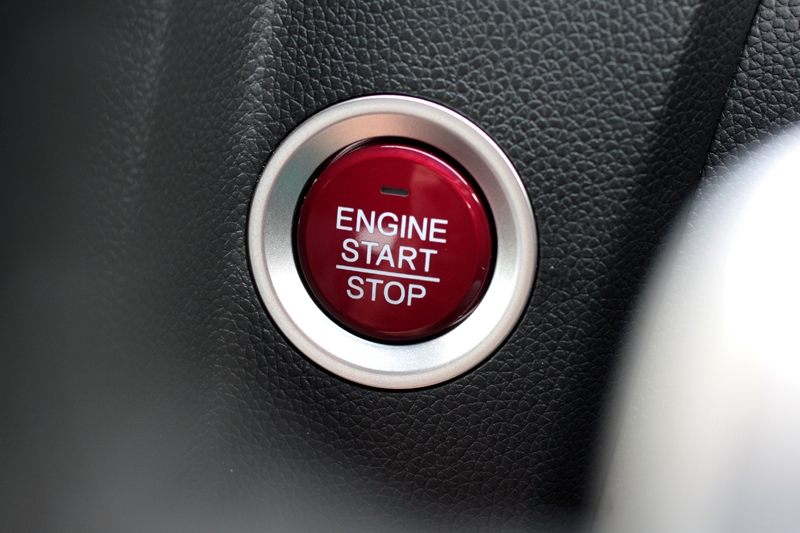 And so the newest Honda Jazz is bound to be a hot-seller like its predecessors. 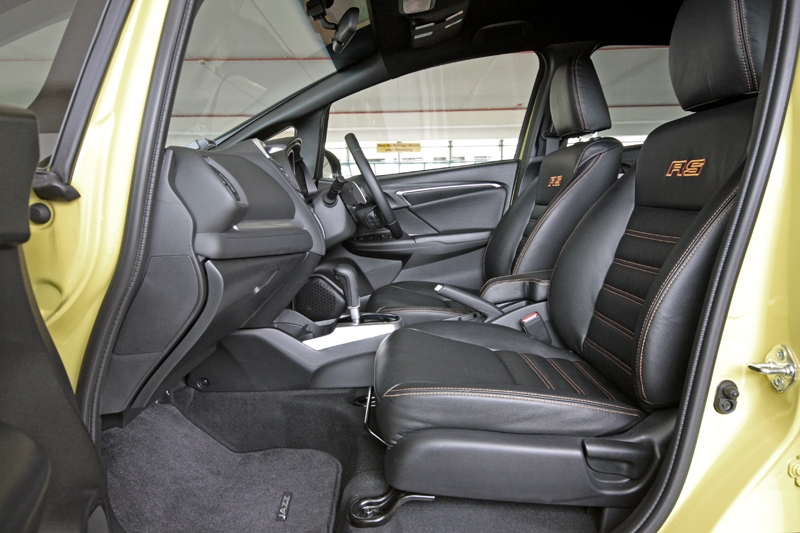 Ok, not really. Because times have change, and as mentioned earlier, pricing takes precedence over wants for consumers these days. And at slightly below $117k with COE, it better be darn good as a whole. 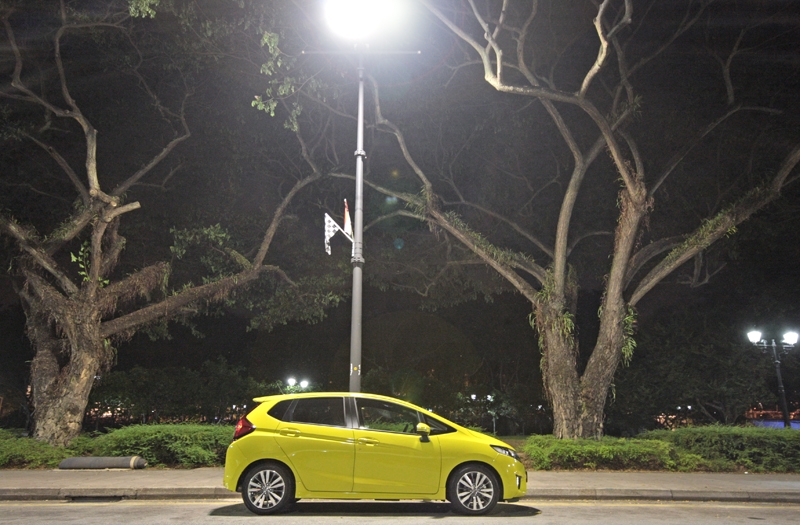 In terms of exterior, the new Jazz looks more serious this time around; in fact, it looks more MPV-ish, like the Edix, particularly towards the rear. The lines and crease flanking the Jazz, along with the additional side skirts do add a touch of style; 16-inch alloys wrapped in Dunlop rubbers ensures the car doesn’t look, well, cheap. 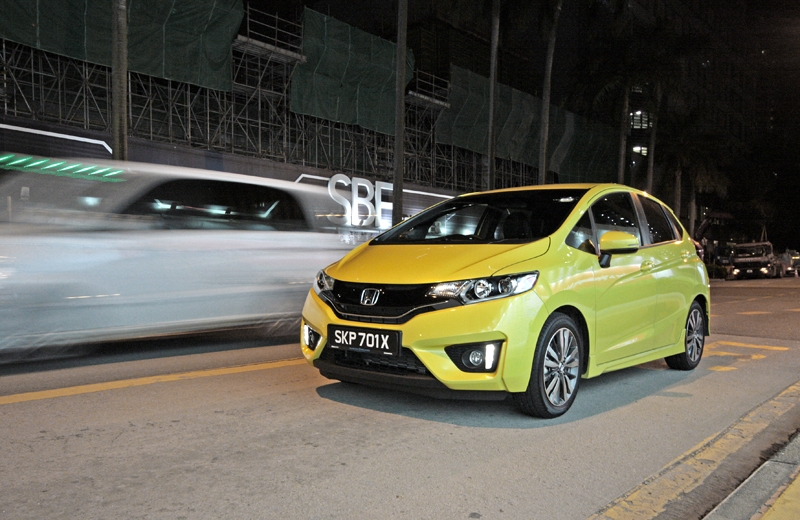 Both front and rear bumpers are highly detailed, with the front’s getting LED lights as standard. The rear spoiler is standard too, mind you. 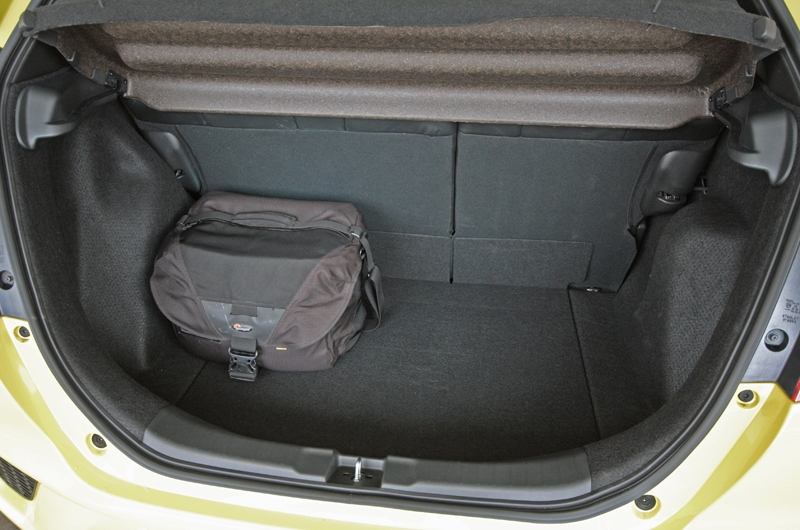 Inside, the Jazz retains its unique selling point: the highly practical and commodious cabin size. There’s enough room for four other adults, with the rear three passengers getting to enjoy a good amount of leg and headroom (Hmm… Come to think of it, this car can even pass off as a limo); and if you have kids, there are more than enough room for them to fight. The boot space, even with all seats upright, offers enough space for up to three travel bags. This being the Jazz, you can also stow away the seats - tadaaa 1,492-litres - to accommodate bulky items. 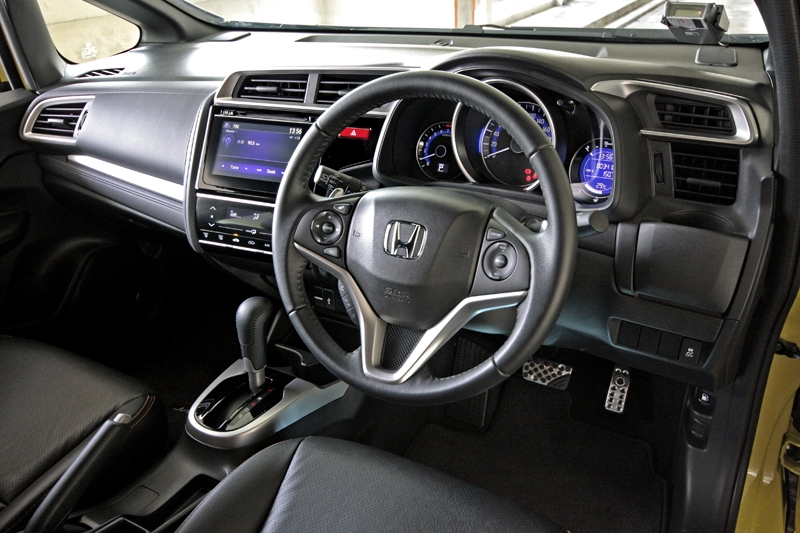 The Jazz’s cockpit is spot on, in a way that it’s easy to find a comfortable driving position no matter what size you are. The steering wheel is brilliantly sized and won’t look out of place even in a BMW, the displays are all clear and idiot-proof and better still, you get a touchscreen head-unit like your iWhatever. Moving upmarket there, Honda, and that’s a nice touch; but then again, there’s still work that needs to be done as there were instances whereby the touch button refuse to read my fingers. It can’t be due to the size of my long fingers, I’m sure.

128 bhp and 155 Nm of torque come courtesy of a 1.5-litre DOHC i-VTEC engine that’s mated to a CVT with 7 virtual gears (a pair of paddle shifters are standard by the way). While this new Earth Dreams engine isn’t one of the liveliest from Honda, the bonus is it does the job rather smoothly and with refinement. In fact if you were to nitpick, you would only hear the engine complaining past 5,000 rpm — which in reality, is not somewhere the average driver would be going unless he’s in a real hurry for his ‘throne’. Heck, cruising at 100 km/h on the expressway is quite a pleasant affair. 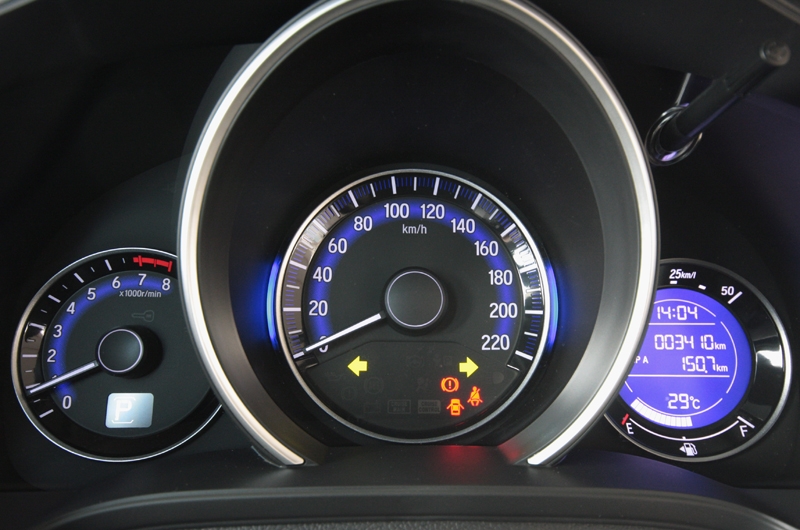 For a compact car, the Jazz handles rather predictably and with good body-control. No, it won’t cause your passengers to vomit when driven slightly enthusiastically and it also doesn’t have that oh-my-word-we-are-gonna-topple-over sensation. While it rides a tad stiffer than, say, the new Fiesta, it’s nowhere spine-breaking. Really. 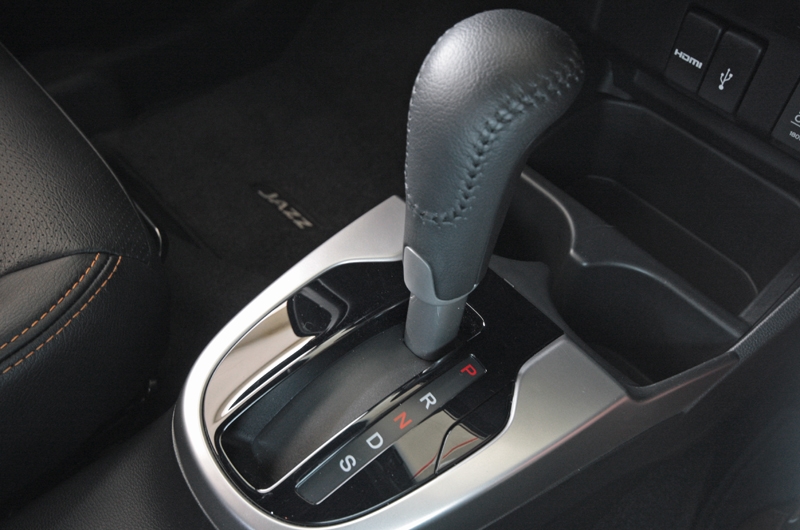 Traction control comes standard in the Jazz, which also clearly indicates how in touch Honda is with keeping up with time. After all, its European counterparts have them standard; striking this feature off would only make Honda look all silly. So you may then argue that it’s no hot-hatch of yesteryear and such an item only pushes the price up further. But let’s not forget (a) how much power this little car has, and (b) the fact there’s no price to safety. Ever. 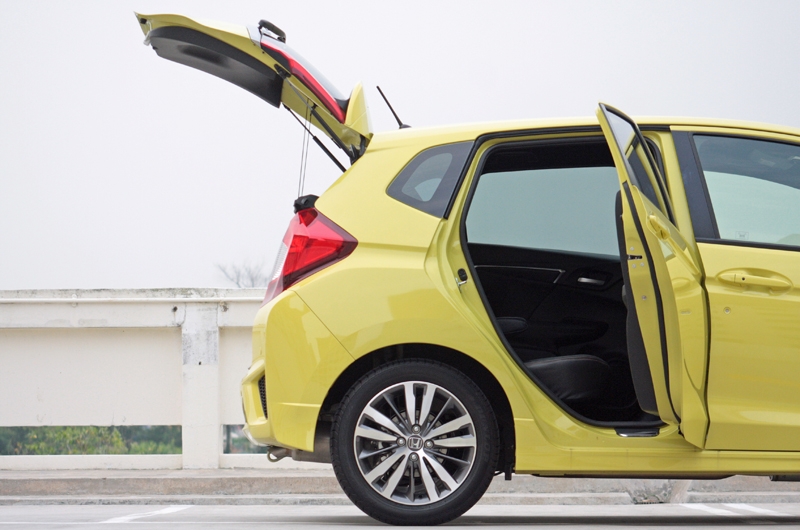 As a whole, the Jazz is a competent and complete compact hatch even after putting it next to the other European options. Who would it appeal to? Well, the sort who appreciates Japanese reliability over anything else, of course. Better still, it had also proved that you don't really need a sedan for the daily tasks. 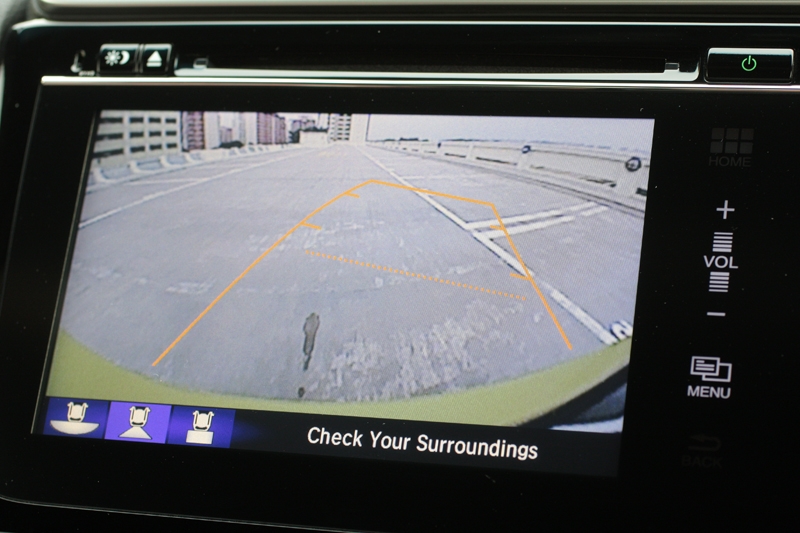 That said, let’s see how it fairs in this year’s Burnpavement Supermini of the Year… 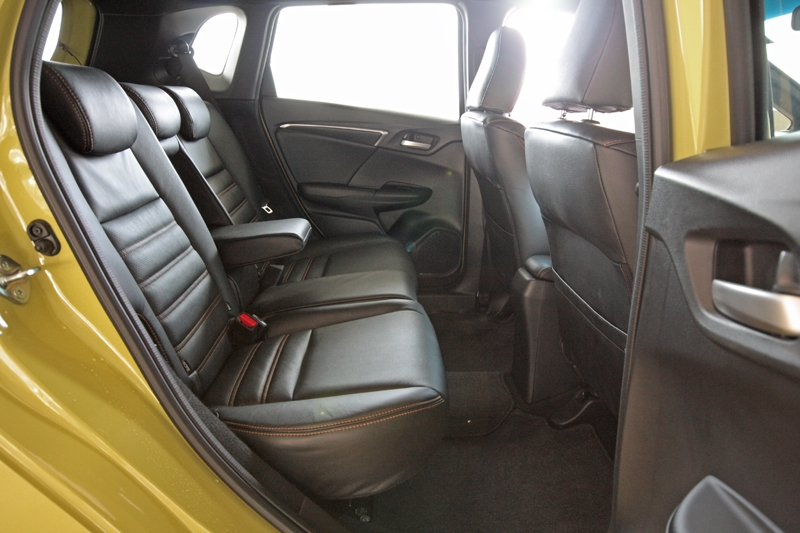 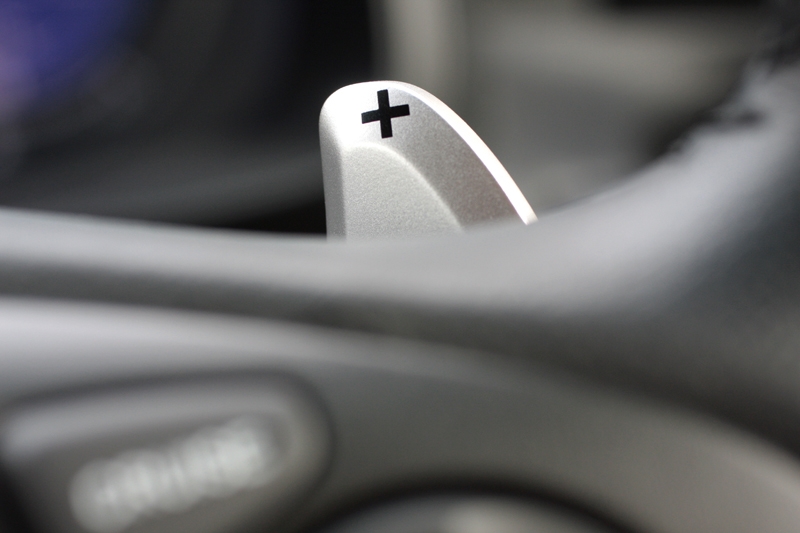