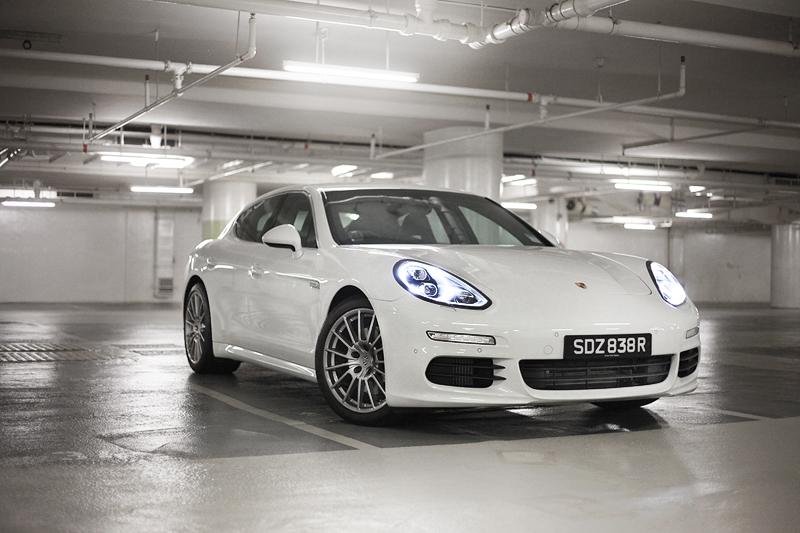 The midlife facelifted Porsche Panamera S gets a new engine, some nip and tuck, and comes out feeling just as awesome as before.

It is a car you either love or hate. There are very few who sit on the fence with the Panamera. Those who like it will not hesitate to buy one, those who don't, won't even bother to give it a second look. You might be curious then, to find out which camp I'm in. Well I won't spoil it for you, so do read on…

Built as a large luxury sedan, the Panamera began life around much controversy. No Porsche was ever built so big and long, and definitely, no Porsche ever had to deal with tight car park spaces. But drive a Panamera, and you'll find that the sense of its large size is not evident at all. In fact, drive it hard, and the car will 'shrink' around you can react quite intuitively to your inputs. But I'm getting ahead of myself. 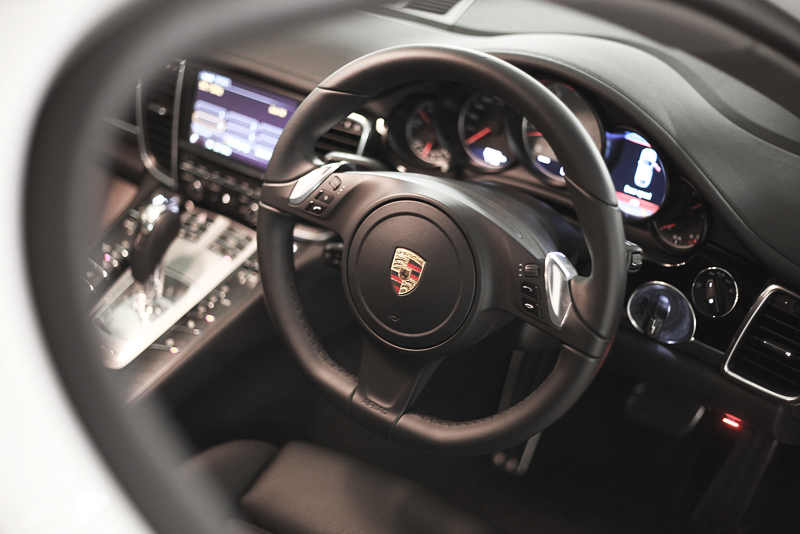 Let's look at this tees car we have here. It's the facelifted Panamera S. It gets a new 420 bhp twin-turbo, 3.0-litre V-6 in place of the previous 4.8-litre V8 in the earlier Panamera S models. It's also got a revised front fascia with larger air intakes and a updated pair of headlamps with ring-styled LED lights. At the rear there is a new lift gate with wider glass and a wider spoiler, with LED rear lamps flanking it on each side. 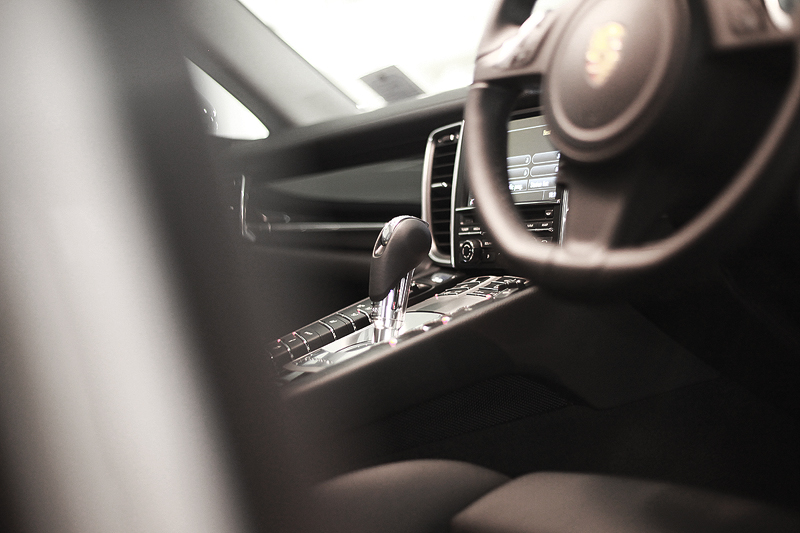 Inside, it's much the same, but legroom has been enlarged by 12 cm. There is space for all four adults (but that's the whole point right?). Up in the front, the dash and console looks just as stylish and robust as before. In this glossy black finish, it exudes a sporty, almost "purposeful" appearance, quite like a airplane cockpit. 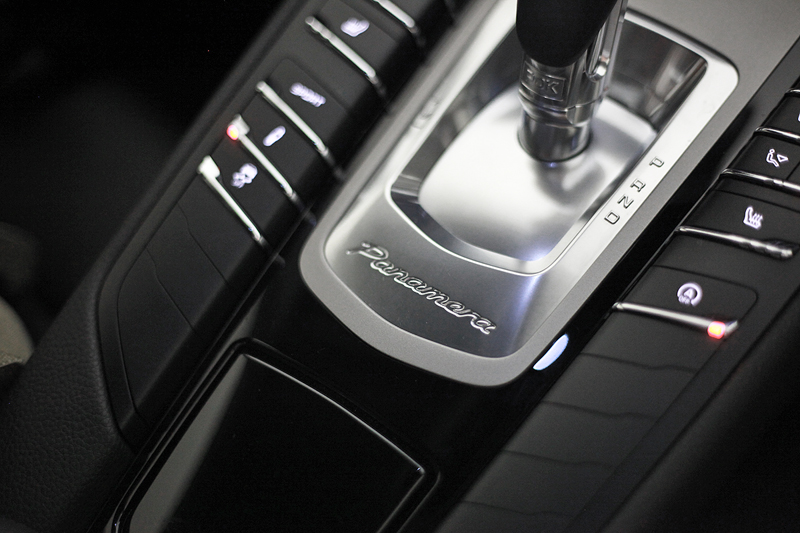 The car starts up using a key shaped like the car, and a sporty exhaust bark wakes up a cleaner who is resting in the car park I'm in. It's time to see if this large sedan is truly the drivers choice among the sea of other luxury barges like the Audi A8, BMW 7-Series, Lexus LS and the Mercedes-Benz S-Class. 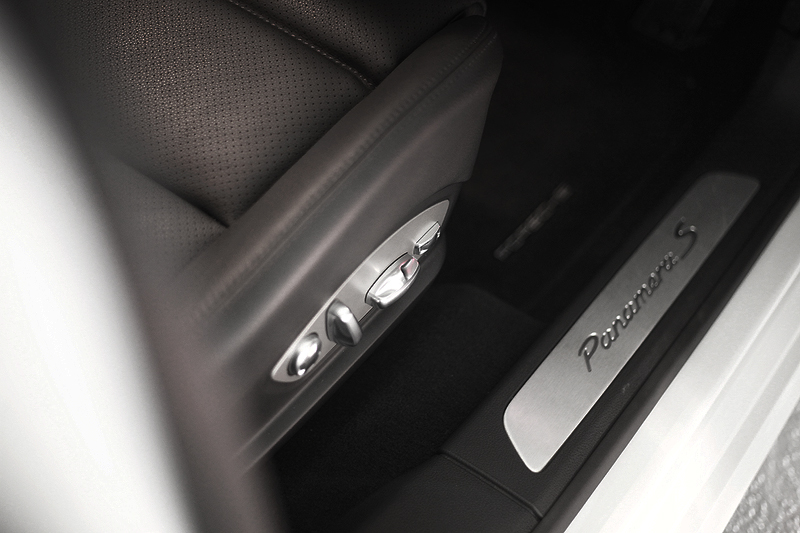 Packing 420 bhp and 520 Nm of torque, the S uses a 7-speed PDK (Porsche Doppelkupplung) transmission to swap its cogs. Meshing the accelerator will ensure you get to 100 km/h from a standstill in 5.1 seconds. While the roar of the old V8 is gone, the V6 still has a rather vocal howl, and it will bellow through the gear changes as you gun this large sports car up an empty road. With enough room (which I had better add that I didn't have), you'll see 287 km/h (again, I didn't do). 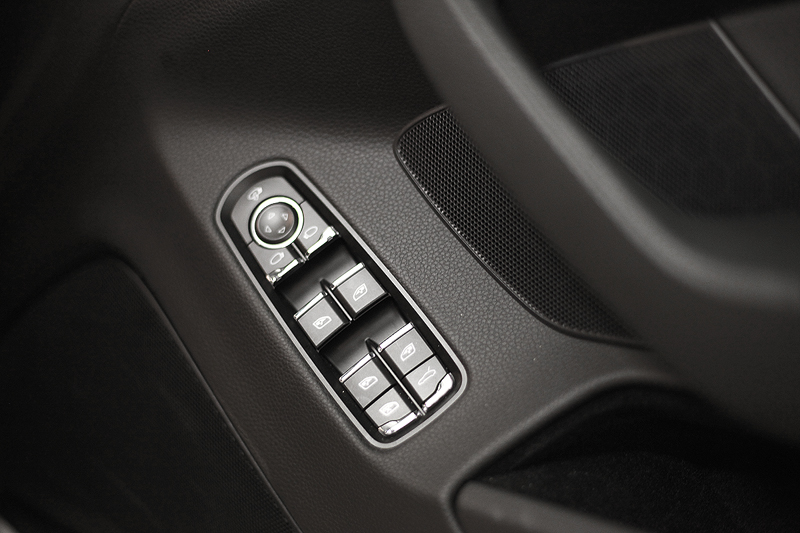 But surprise, surprise, the Panamera isn't just about straight line performance. True, it is big. Yes, it's no 911. But if you think that a car this huge will roll about in the corners, you couldn't be more wrong. Hit the Sport button and set the suspension to its stiffest setting, and the Panamera will allow you to dig hard into a series of bends, tightening up as it is told to do so. 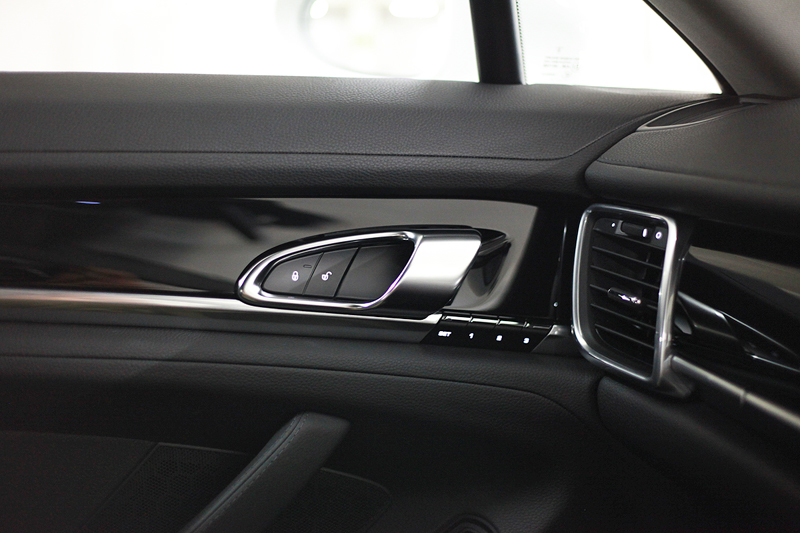 Having a pair of turbos also help of course, the S will just fly once you get back on the straights, and all this is done in the luxurious comfort of the driver's seat too! With the new engine set up, the Panamera S gains a better fuel economy figure and manages to reduce its carbon footprint as well. 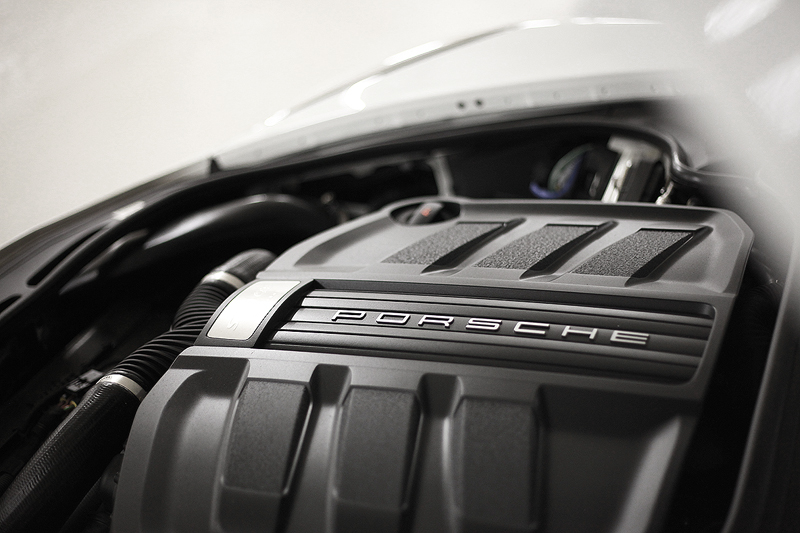 If there is one gripe I have though, it would have to be the accelerator's pedal action. Stiff and a tad bit inconsistent, the action directly translates to how the engine responses, and at some points, proved to be unpredictable. But spend more time with the car and you'll get used to it. You'll also get used to the size and parking it hardly ever becomes an issue too. It still falls short on the roominess inside though. The Panamera's competitors will seat more occupants, and more comfortably too, but none of them can offer the drive the Porsche so easily does. 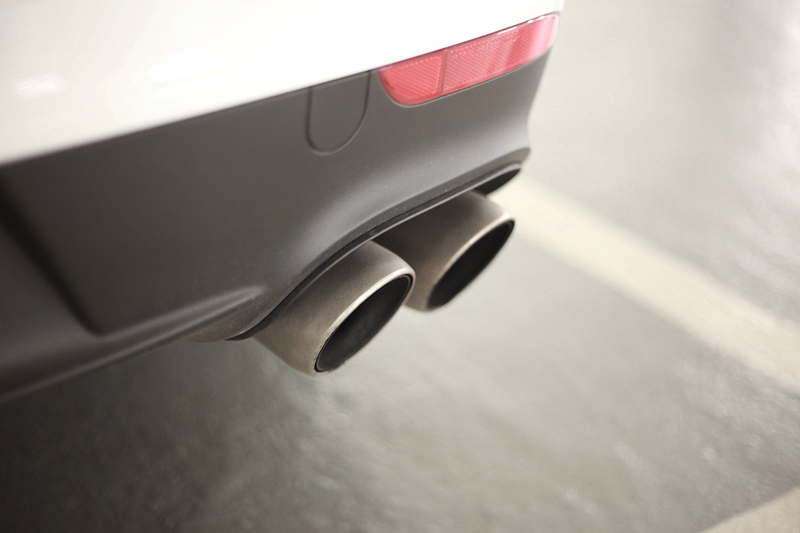 So where do I sit? I'm afraid I have to disappoint you by saying that I'm one of those who is on the fence. I love the way the Panamera S drives and I do appreciate the luxury it offers. But I'm still two minds about the looks and with a family of five, I can never put my money down on a 4-seater. That said, I do feel myself leaning onto one side, and yes, it's the side that thinks the Porsche Panamera S rocks! 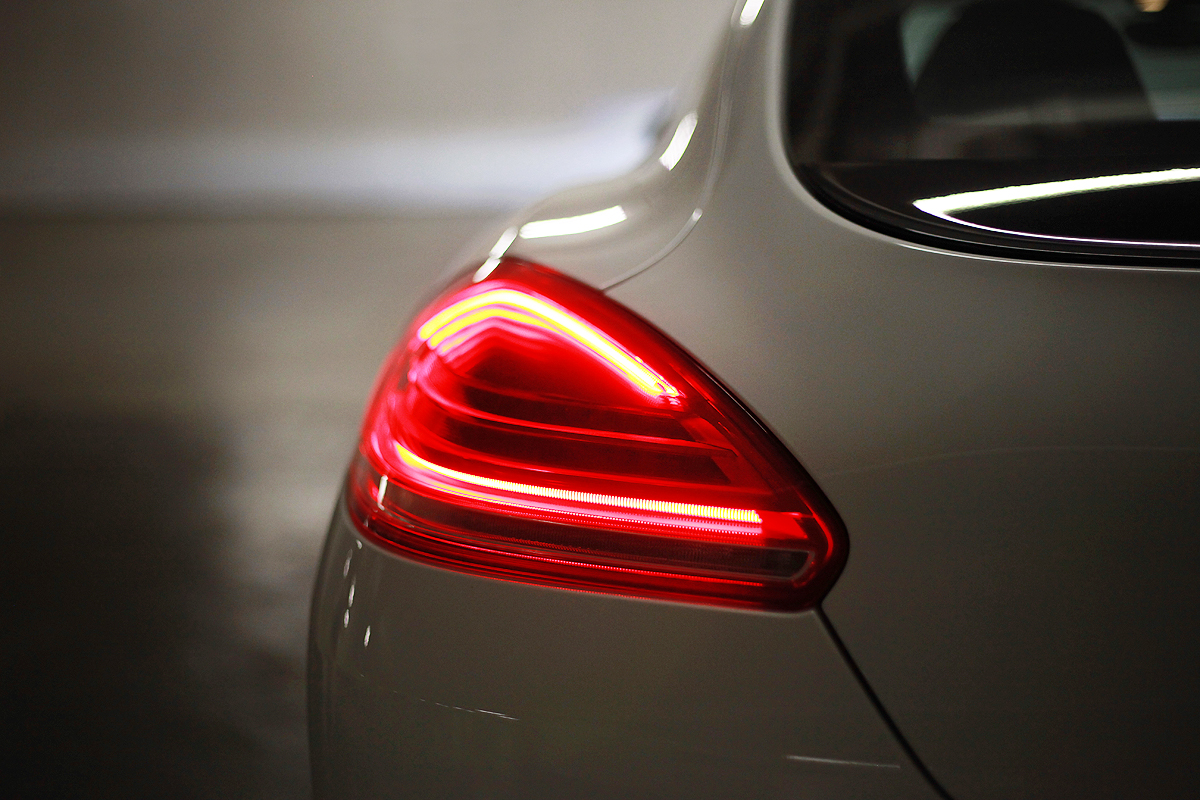 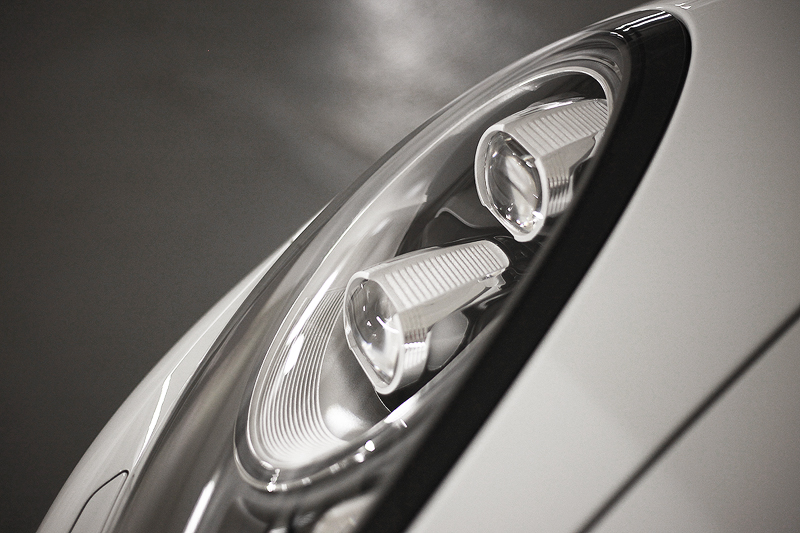 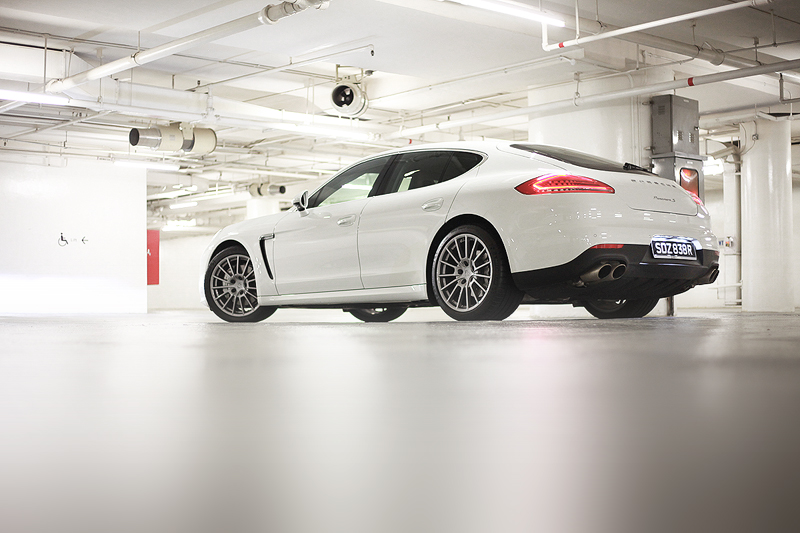