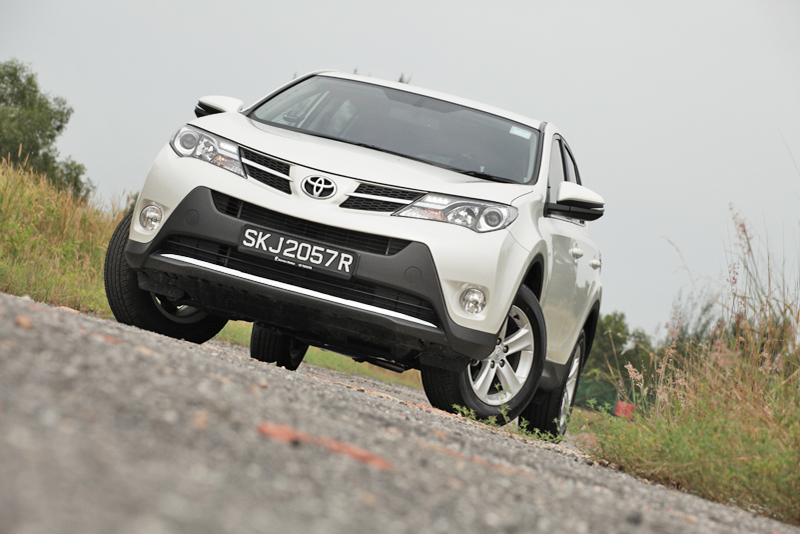 The redesigned RAV4 gives it the performance and features to keep up with the leaders in this compact SUV segment.

Crossover SUVs have enjoyed a rise in popularity among car buyers for the past few years, as the bona-fide full-size SUVs lose their standing due to their propensity to guzzle fuel; and with escalating fuel prices, most drivers are willing to forgo cavernous cargo spaces and elevated driving positions for something more economical and manageable, hence the rise of crossover SUVs.

The redesigned Toyota RAV4 happens to be such a car, a compact SUV that has been through quite a number of nip-and-tucks ever since it made its debut in the mid 90s, and with each change, four to be exact, the RAV4 progressively became bigger and better. With the aim of making the RAV4 a fun and sporty car as per its predecessor’s ethos, the new 2013 RAV4 features a styling that is more sculpted and aggressive. Toyota has also eschewed the two door configuration and has opted for a more practical four door design. 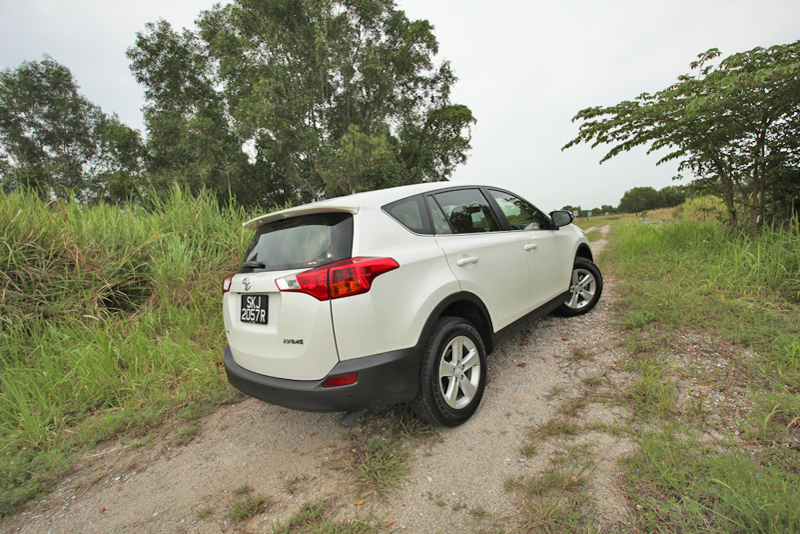 Setting the car apart from the previous version are some noteworthy changes such as a new front grille, sleek looking headlamps, a lower roofline, a sporty rear spoiler as well as the removal of the tailgate mounted spare tyre, which has been a staple of many a faux soft-roader SUV with sporty pretensions; throw in a chrome shovel for that complete look. 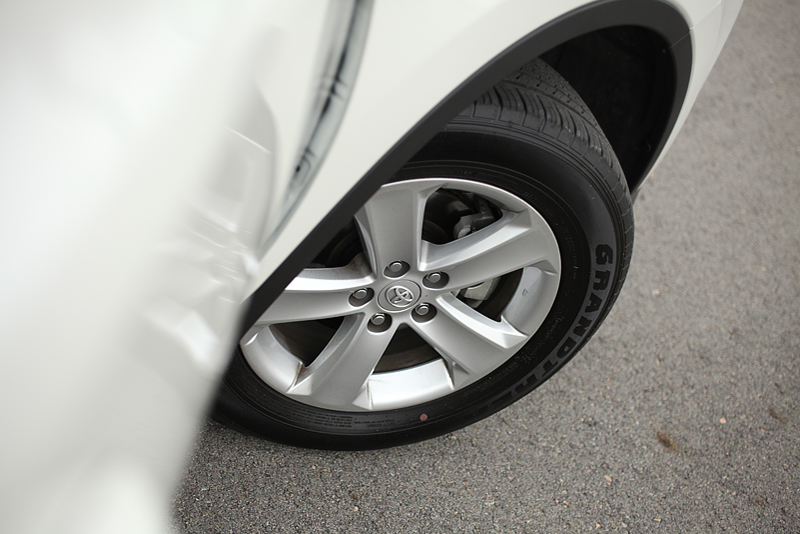 Instead of swinging out sideways, the tailgate is now an electronically operated roof-hinged door that swings open upwards and closes with just one touch of a button. Rounding it off are relatively pronounced wheel arches, 17-inch wheels and a lower ride height as compared to the previous RAV4 for that complete sporty SUV look. 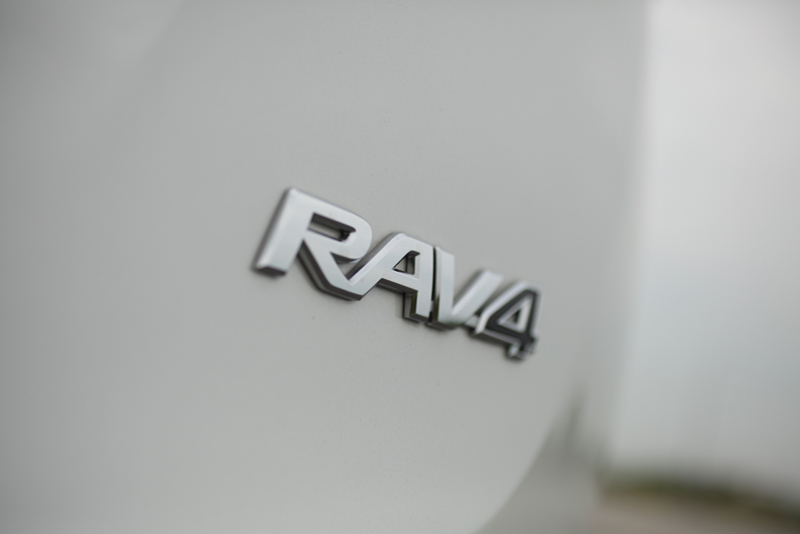 Interior wise, the car's quality lives up to its premium tag, with a generous offering of luxurious trim and fittings. The two tone leather seats are soft and comfortable, and there is plenty of soft touch materials, giving this car a truly upmarket feel. 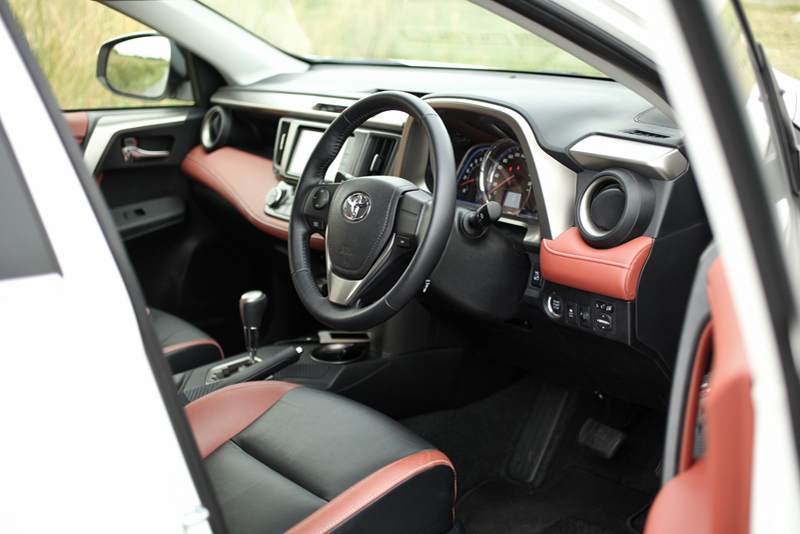 Other features include keyless access and ignition, a multifunction steering wheel with paddle shifters, a touchscreen infotainment monitor and more. Interior space is also at a premium, with adequate head and leg room for all passengers, as well as a generous offering of boot space, making this car a great weekend grocery hauler. 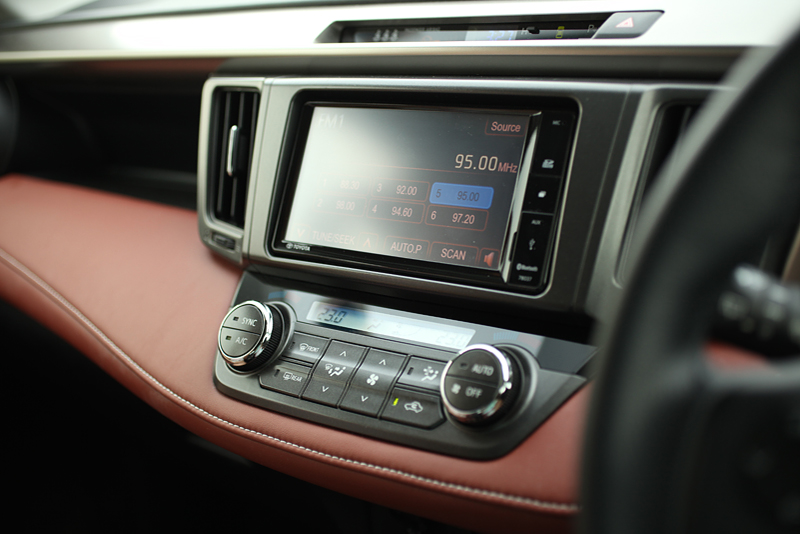 In terms of performance, beneath the hood, sits a new two-litre engine with Valvematic and dual VVT-i (Variable Valve Timing and Lift intelligent system) that cranks out 151 hp and 195 Nm worth of torque, as compared to the 2.4-litre lump used in the previous RAV4. The new engine is also mated to a new transmission - a seven-speed CVT (continuously variable transmission) instead of the archaic four-speed slush box with a torque converter. 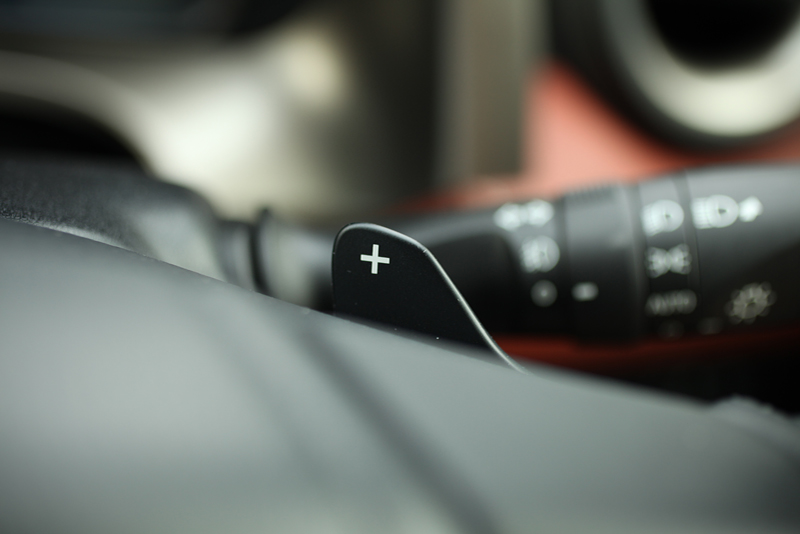 On the move, performance is adequate, with the car pulling off from stationary to 100 km/h in 10.7 seconds; not exactly quick, but enough for a workhorse of this size. The CVT transmission also helps in the smoothness of the car’s ride due to its linearity in acceleration, solidifying this RAV4’s premium status, due to its refined drive. 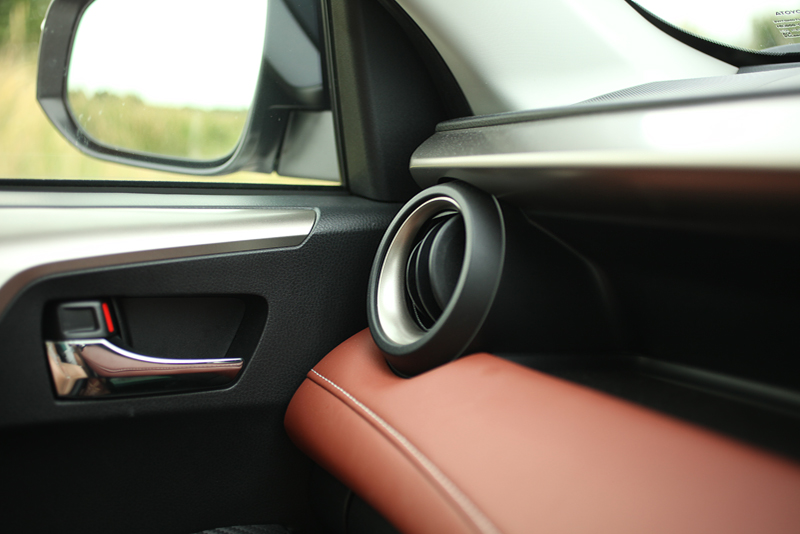 For a more engaging drive, there is always the Sports mode, which offers better throttle response and more feedback to the steering. As for handling, body roll is still evident, due to the car’s ride height, but the car still manages to handle the bends ably, assuming you are not piloting it like an 86. Road irregularities are also well sorted out, with the car’s suspension and ride height providing a comfortable ride with good all-round visibility. 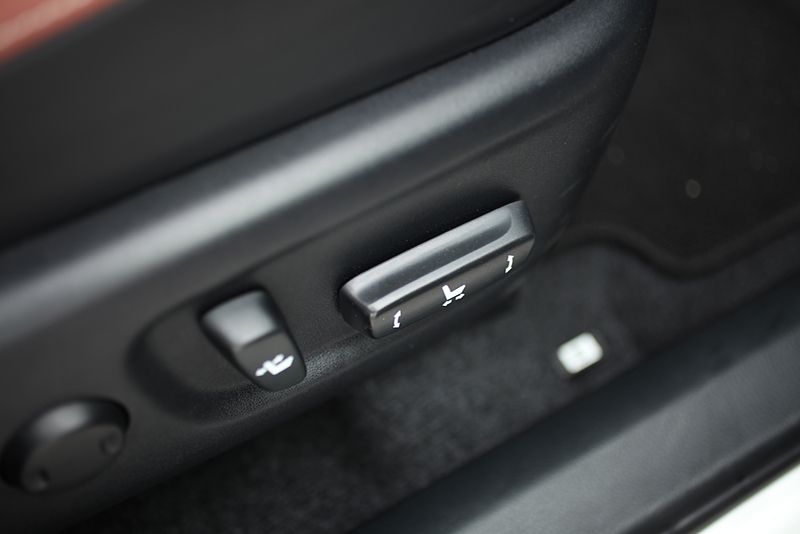 Featuring a new look, more space and a new 2.0-litre four-cylinder, the 2013 RAV4 is adequately powerful for most tasks. Also, with its efficient seven-speed CVT transmission working in tandem with the engine, the car offers good fuel economy for its class. With more luxurious amenities and refined driving, the RAV4 is indeed all grown up. 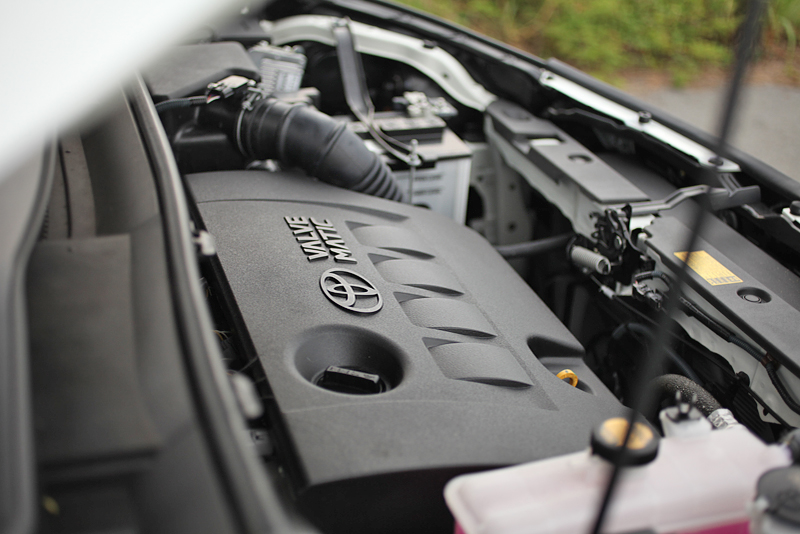 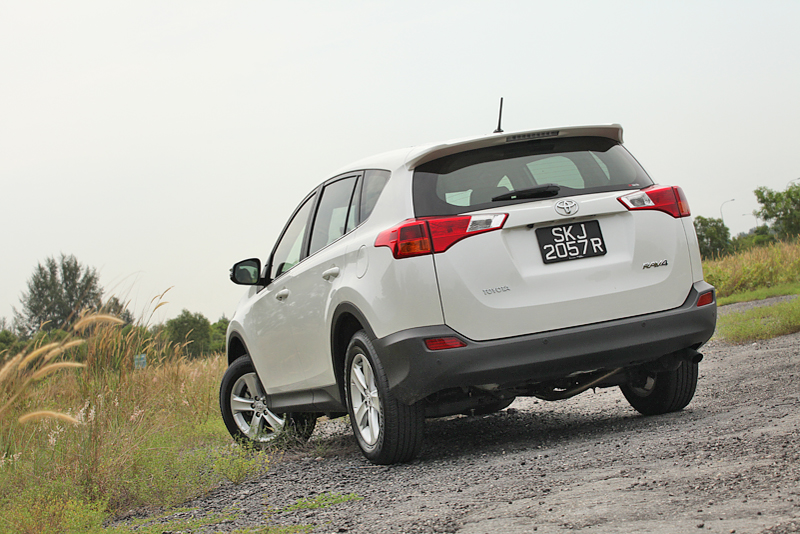 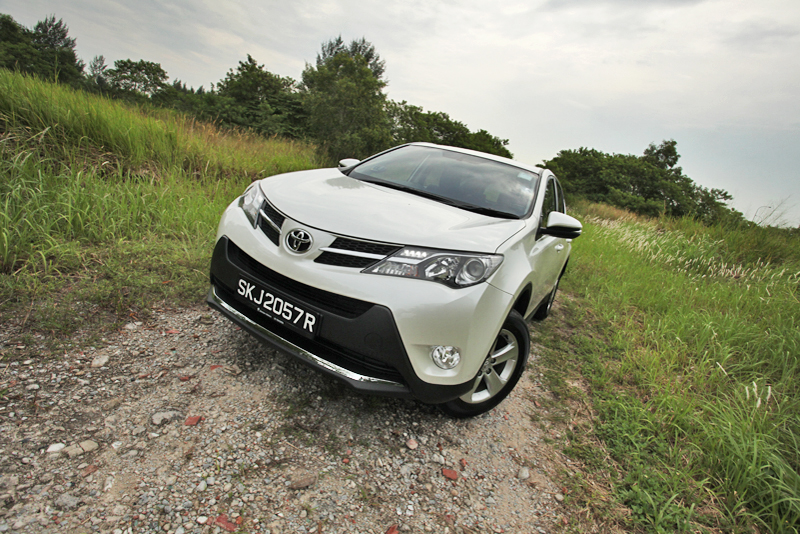 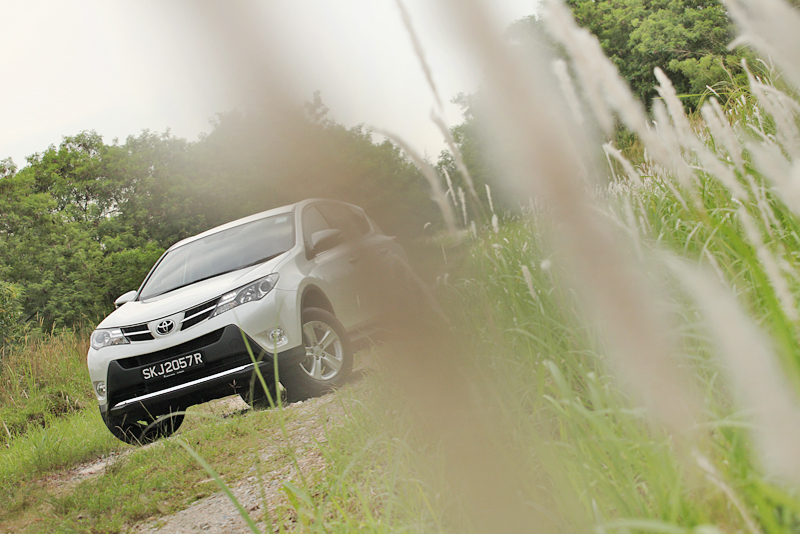