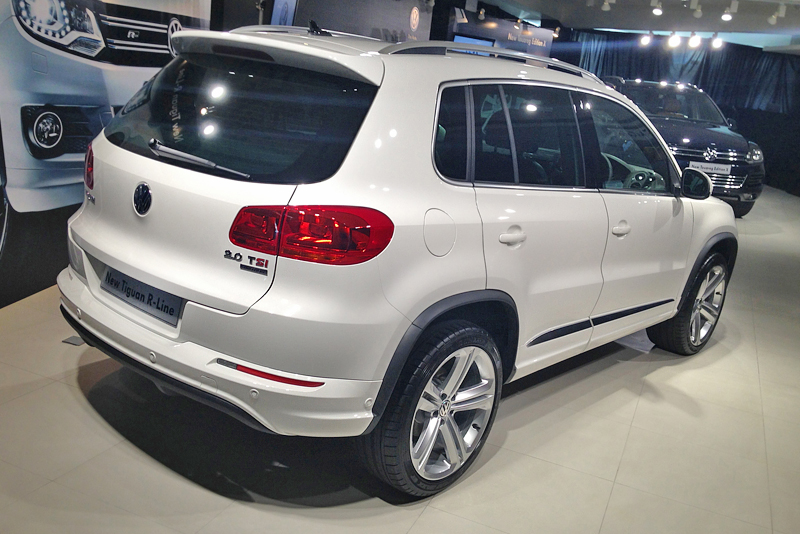 Both the Tiguan R-Line and Touareg Edition X arrive to mark significant milestones in each model’s history.

Volkswagen has certainly been going from strength to strength lately. Not only has its dominance in the WRC been a great bit of marketing for them, but its sales figures have been very healthy as well. On top of achieving 18% growth in the Asia Pacific region, VW is also the 3rd best selling marque in Singapore for 2013.

Like the company in general, the Tiguan has also been a success, being the best selling compact SUV so far this year. And now, there’s a new version, the Tiguan R-Line.

Not quite enjoying the same full-fledged performance status as its R models, R-Line is instead more akin to BMW’s M-Sport: appearance packages for its ordinary models to look like their more sporting stablemates. As such, the Tiguan R-Line features body-coloured front, rear and side skirts with a purposeful looking rear diffuser, as well as a roof spoiler and new 19-inch ‘Mallory’ alloys with beefy 225/40 tyres. 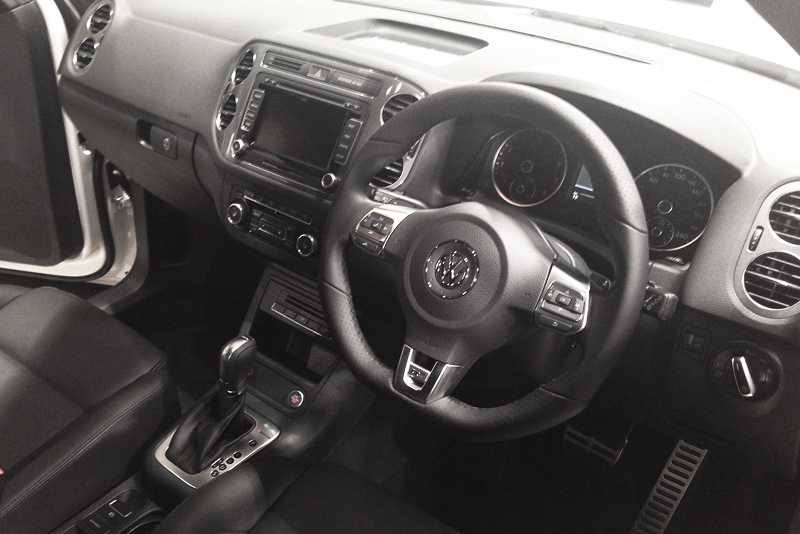 The interior features similar touches, like Vienna’ leather seats, aluminium sill plates and stainless steel pedals. The flat-bottomed multifunction steering wheel is shared with the one in the Golf R and is adorned with R badges, as are the headrests of the front sports seats. 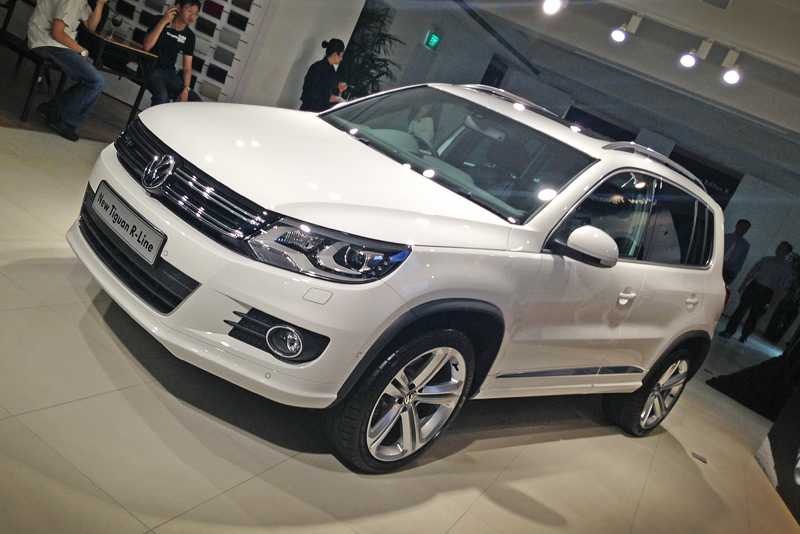 Unlike similar offerings from some other companies, the Tiguan does at least have a bit more muscle to go with the beefed-up looks, courtesy of the Golf GTI’s 210bhp TSI engine. Coupled with the 7-spd DSG gearbox, the SUV can hit 100km/h in a brisk 7.3sec. 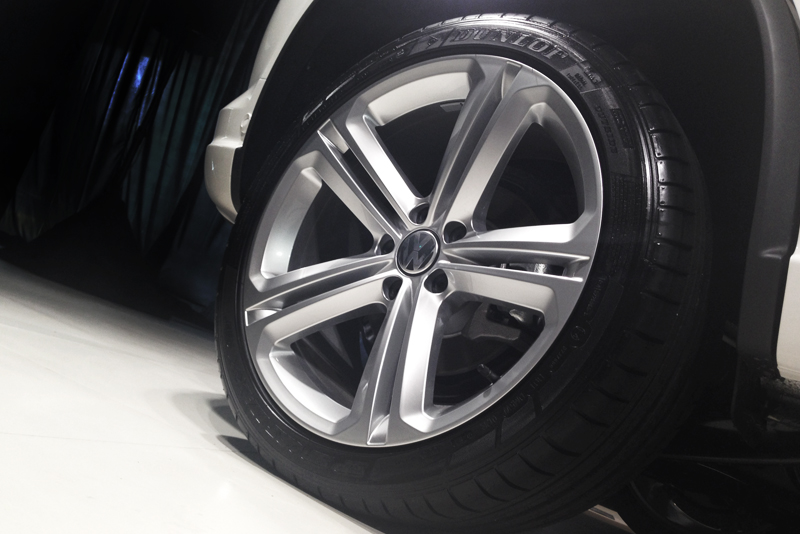 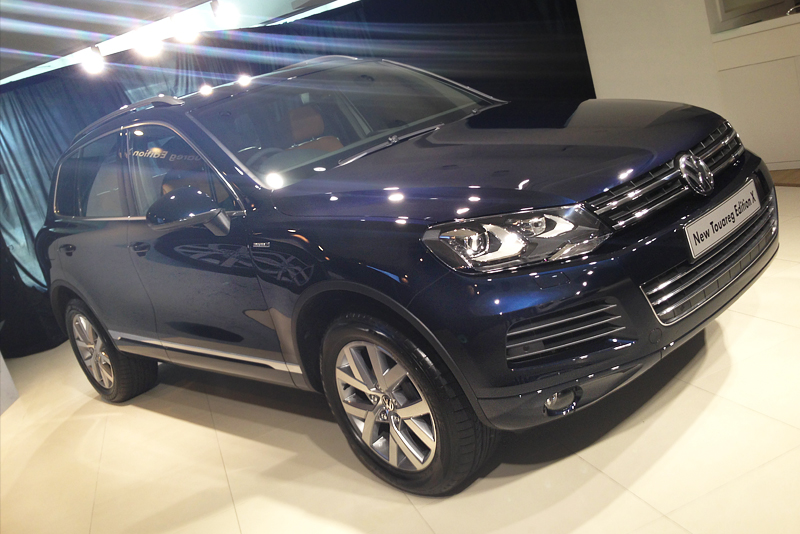 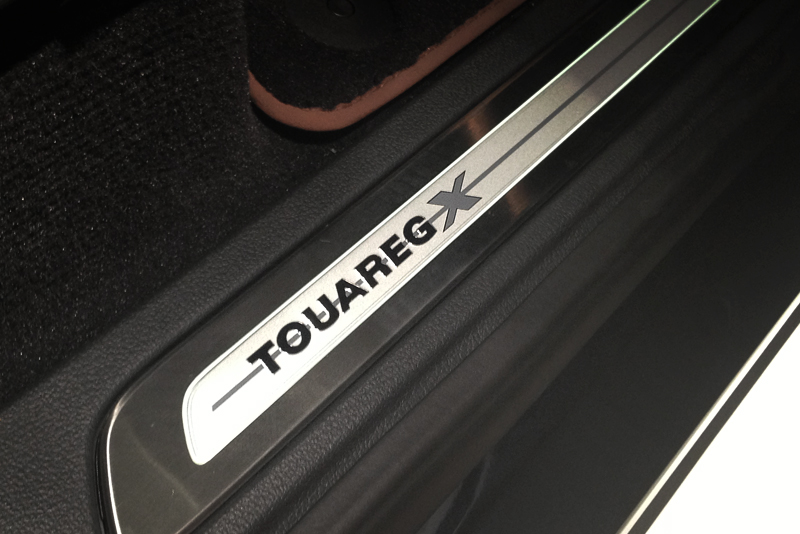 Inside, the seats are wrapped in amber brown Nappa leather, with colour-coordinated stitching on the steering wheel and gearlever, real ebony inlays for the doors, centre console and instrument panel, and illuminated front door sills with ‘Touareg X’ lettering. 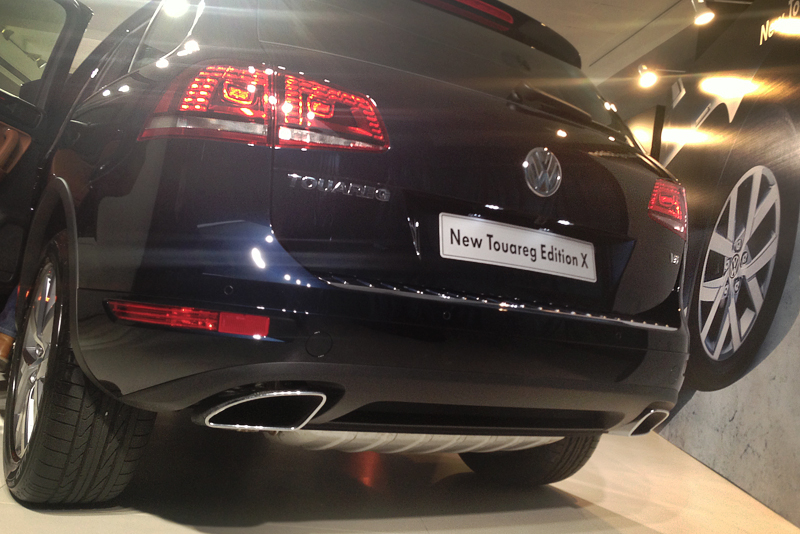 The Touareg Edition X goes on sale on 18 May, while the Tiguan R-Line will be launched on 1 June.