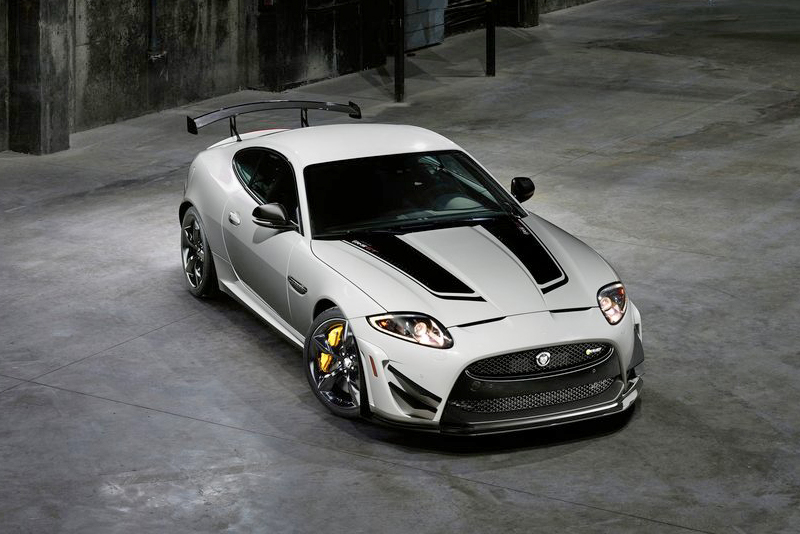 Mind The Claws - The Jaguar XKR-S GT And XJR

Two new flagships arrive to head Jaguar's model lines, and though they share the same heart, their briefs couldn't be more different.

It may not be called the 'Jaguar XK GT3 Black Edition', but one could easily see that Jaguar had the 911 GT3 and C63 Black Series in mind when they conceived the XKR-S GT. Unveiled at the New York Auto Show, the GT follows in the footsteps of other recent efforts, like Maserati's MC Stradale and BMW's M3 GTS, to offer a more hardcore track-focused version of already-potent sports coupes.

It certainly looks the business, with an aero package made of carbonfibre that includes a front splitter, canards, diffuser and massive rear wing, all contributing to a useful 145 kg of downforce at its (iimited) top speed of 300 km/h. The bonnet also features more louvres to further aid engine cooling (like an Aston V12 Vantage) and there is a R-S GT graphics package unique to this car. 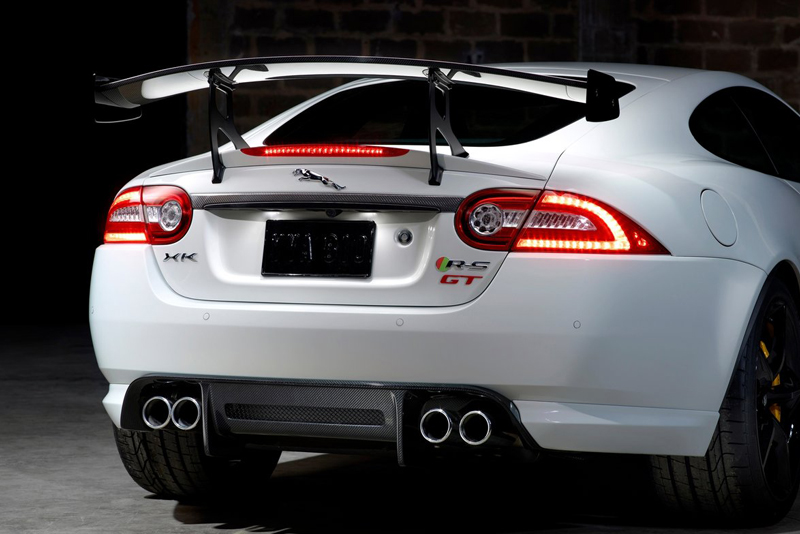 In a first for a road-going Jaguar, the GT features carbon ceramic brakes which help shave 21 kg off the car's unsprung weight, accompanied by 20-in forged alloys wrapped in Pirelli Corsa tyres. There's also a quicker steering rack borrowed from the new F-type, a 52 mm wider front track and re-worked suspension with Eibach dampers that's 68% and 25 % stiffer front and rear. 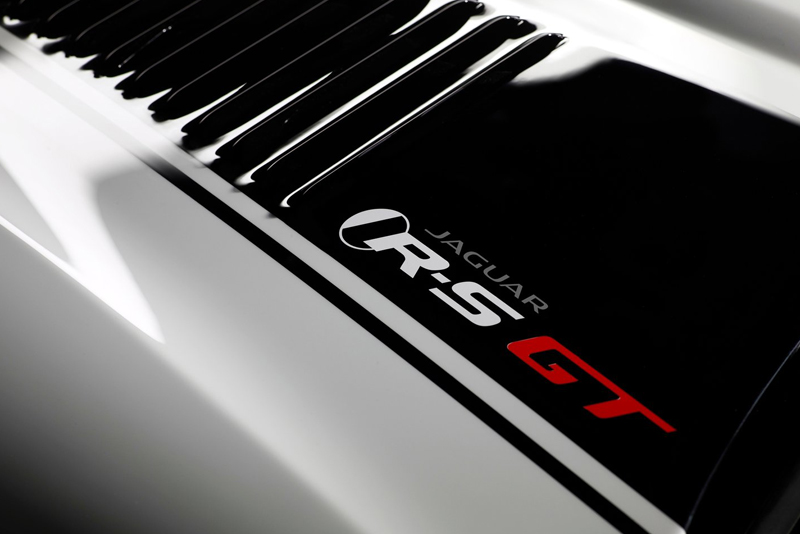 Drivetrain remains the same as the 'regular' XKR-S, with a 542 bhp 5-litre supercharged V8 coupled to a 6-speed auto, but the stickier tyres and a re-calibrated traction control system reduce the 0-100 time by 0.3 s to 3.9 s. 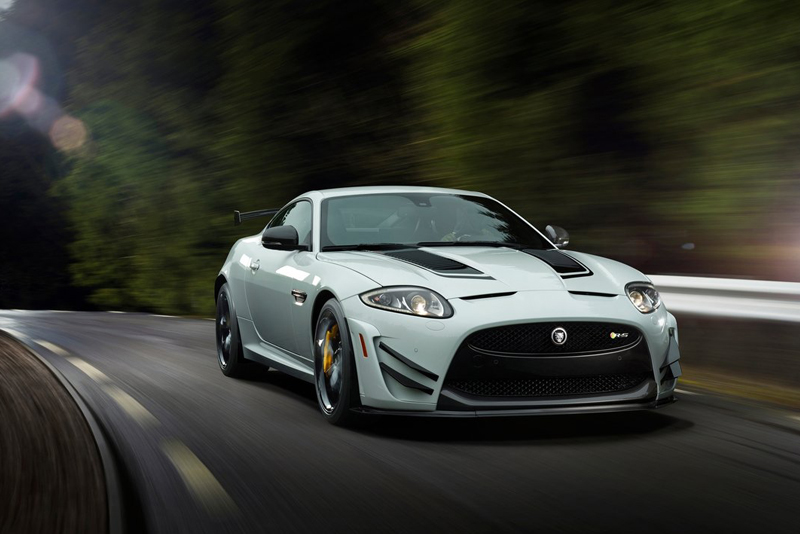 Unfortunately, if the idea of a road-going version of Jaguar's GT2 and GT3 racing efforts appeals to you, luck isn't on your side, as only 30 examples of this limited edition model will be made, and all are destined for North America. 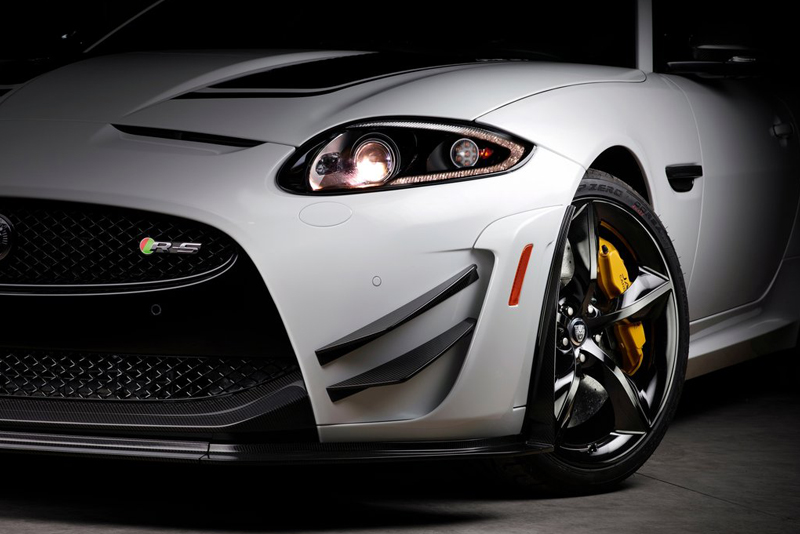 If, on the other hand, you want that grunty, snarling power plant in a more comfortable, useable package, you could steer yourself towards the new XJR, also making its debut in New York. Granted, the XFR-S was the first Jag saloon to feature this engine, but with its French Racing Blue paint and large rear spoiler, it was perhaps too garish for a Jaguar 4-door. 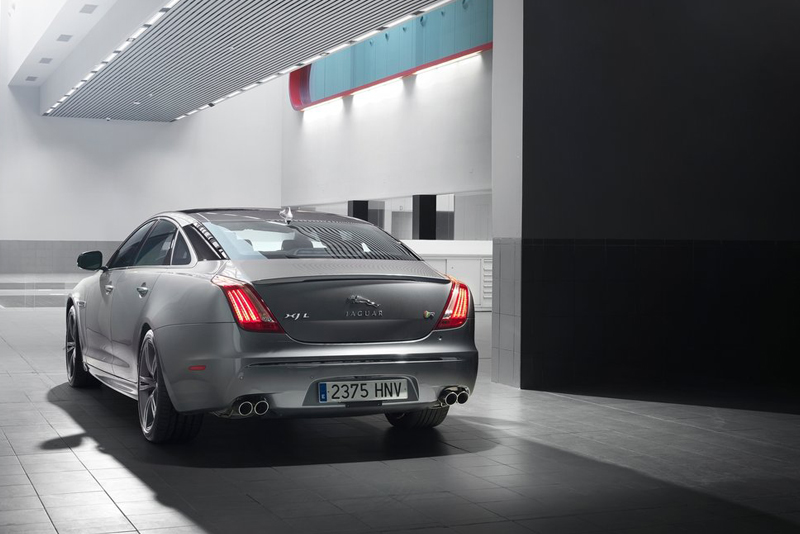 The XJR features the usual bevy of mods expected of a sporting flagship model. There is a more aggressive bodykit with quad tailpipes and small lip spoiler, along with 20-in 'Farallon' alloy rims. Inside, the R logo is embossed on the headrests, the headliner is trimmed with suede, and there's the option of a eardrum-shattering 825W, 18-speaker surround sound system by British audio company Meridian. 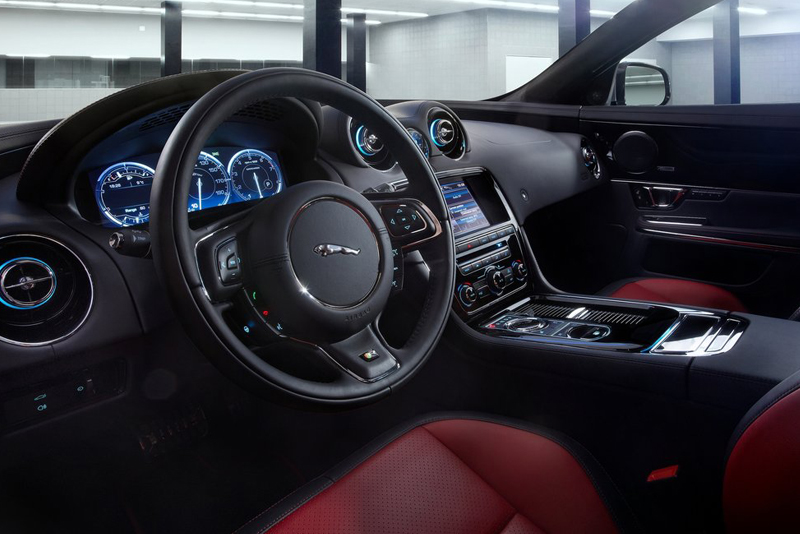 The chassis and suspension have been honed at the Nurburgring and on the famously challenging roads of northern Wales, to give the XJR the optimum balance of ride comfort and agility. Continuously variable dampers monitor driver inputs and road conditions to adjust damping and spring rates up to 500 times a second to maintain composure, and 380 mm and 376 mm ventilated disc brakes bring you swiftly to a halt should anything untoward happen. 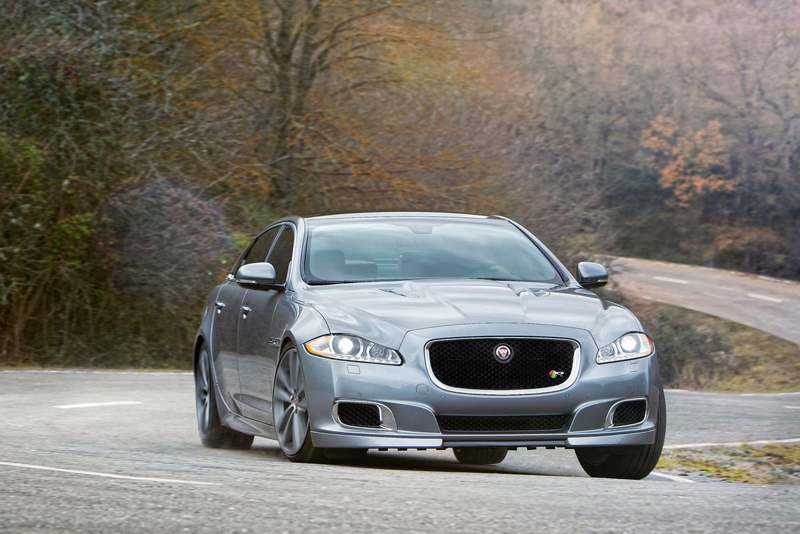 That manic V8 is mated to an 8-speed automatic with steering wheel-mounted paddleshifts, engineered based on findings gleaned from the XFR-S. It can adapt to your driving style on the go, speeding up shifts or delaying them higher up the rev range. It also features a 'Corner Recognition' system that will hold the gear if it senses you're accelerating through a bend of if you're performing a series of overtaking maneuvers. 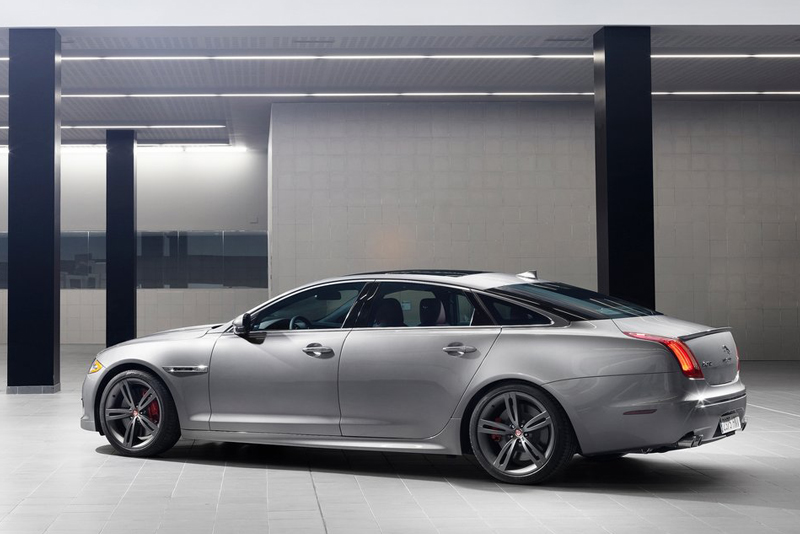 Based on Jaguar's recent form, there is no doubt the XJR should be a cracking drive, and a more than worthy competitor in the luxury segment. 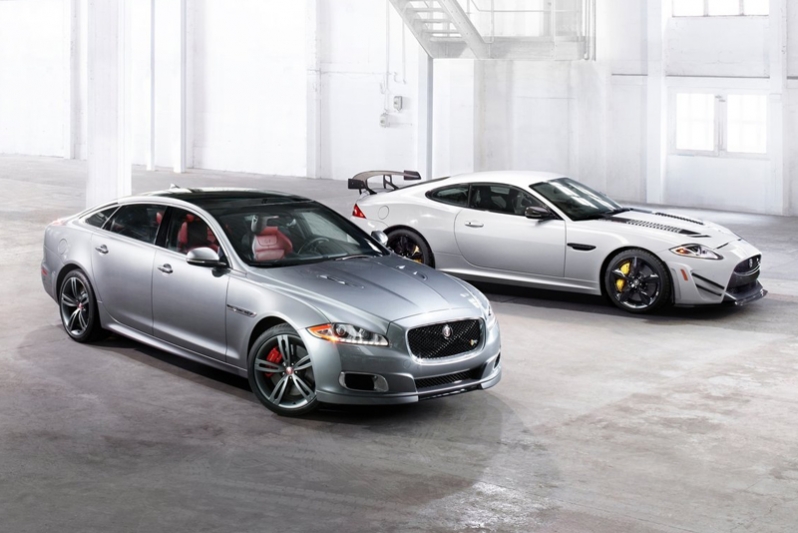