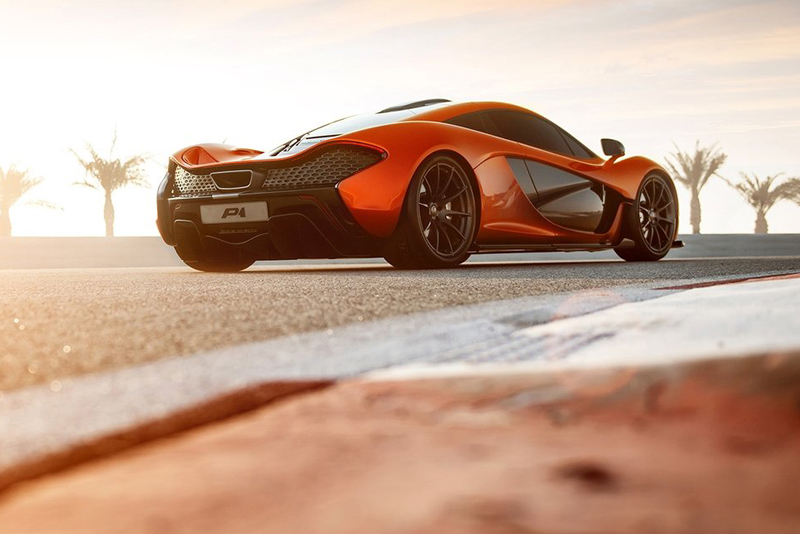 McLaren’s halo car is set to be a tough competitor to its Ferrari rival. Watch out Maranello!

Since the debut of the McLaren P1 at the 2012 Paris Motorshow, McLaren has slowly been removing the wraps on their sexy new halo car. Their latest ‘unveiling’ reveals that the P1 would be powered by a hybrid powertrain; it combines a revised MP4-12C 3.8-litre, twin-turbocharged V8 and an electric motor designed specially for the P1.

When coupled together, the total output is good for producing upwards of 900 bhp and 900Nm of torque, while emitting less than 200g/km of CO2. The electric motor is not only for boosting power though, the car can be driven as a pure EV. That said, the range is not exactly what you would call ‘adequate’, but the 9.6 km range would probably be enough for one to drive to the nearby shops and back. The 96kg battery can be charged either the engine or by a plug-in charger, which will take it from empty to full in two hours. 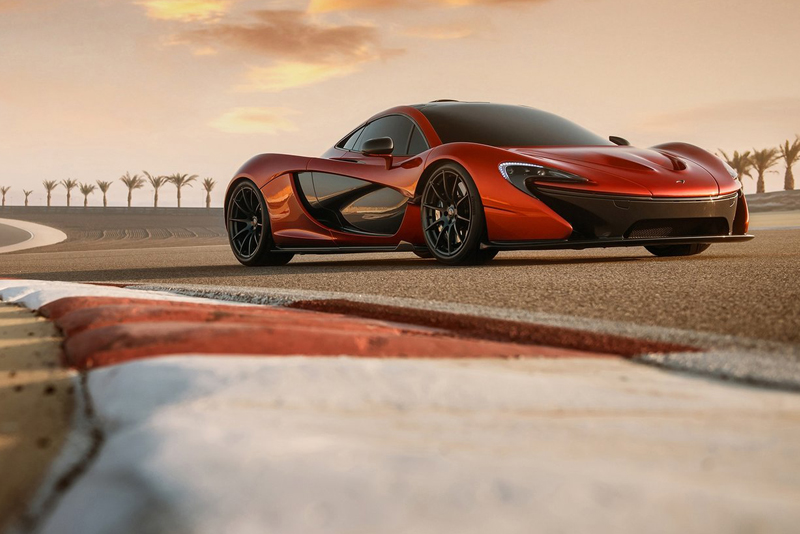 Speaking about driving to the shops, the interior of the car should be a nice enough place to be in. Although the interior might be bare, it certainly is well made; the interior has been lavished with a lot of carbon fibre trim. The seats are racing buckets with uber thin carbon fibre shells with six-point race harnesses. All the above has been done in an attempt to keep the weight as low as possible. That said, should you desire, you can still opt for full climate control, satellite navigation and a bespoke sound system, but why would you? 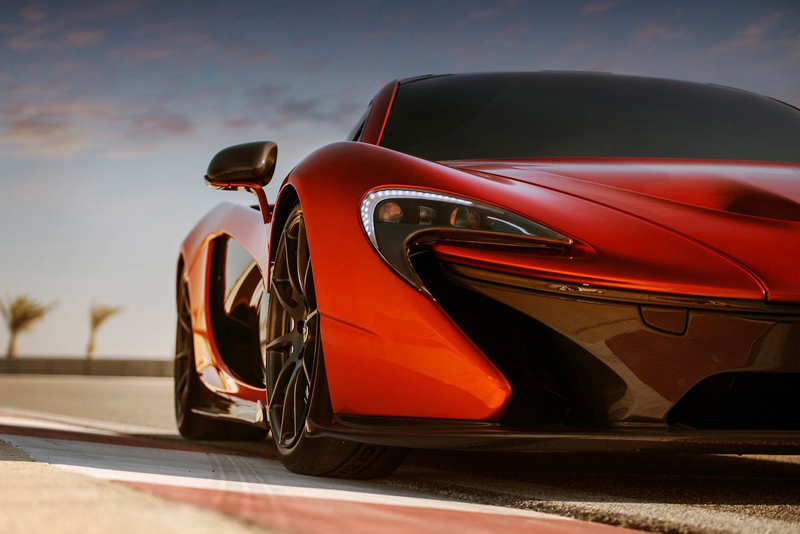 The exterior of the car matches the elegance of the interior perfectly. Although the exterior has been designed to be functional, it still is a striking looking thing. Its headlights are reminiscent of the McLaren logo. Its rear end manages to balance aesthetics, function and aggression to such an extent that the car simply looks breath-taking. Of course, the car does not only look pretty, it is safe too. It uses a carbon fibre monocoque with a safety cage concept called the MonoCage, a further development of the MonoCell used in the current MP4-12Cs. 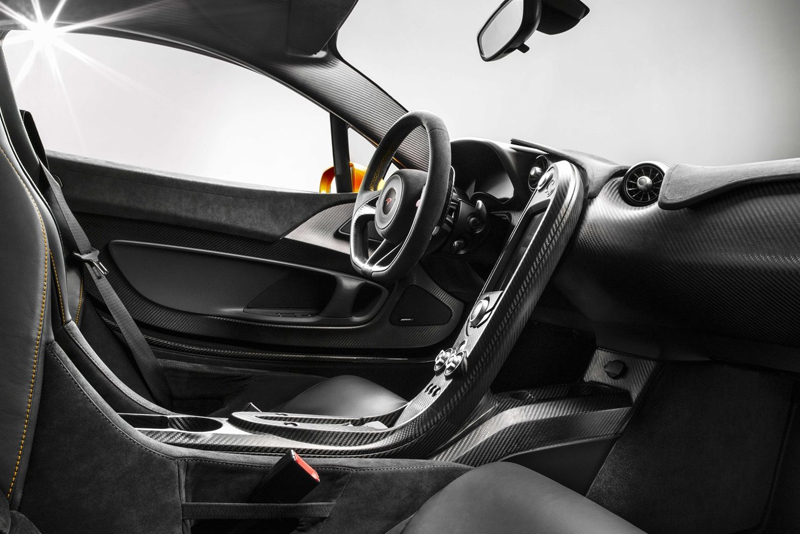 The car comes loaded with F1 tech too; the P1 includes a Formula One-style Drag Reduction System (DRS). The button which operates the rear wing is mounted on the steering wheel. Once it’s pressed, the angle of the rear wing is altered to boost straight-line speed. A system similar to that of KERS in an F1 car has been installed too. Called the Instant Power Assist System (IPAS), it activates the electric motor to give a 176bhp power boost, and is also button-operated. 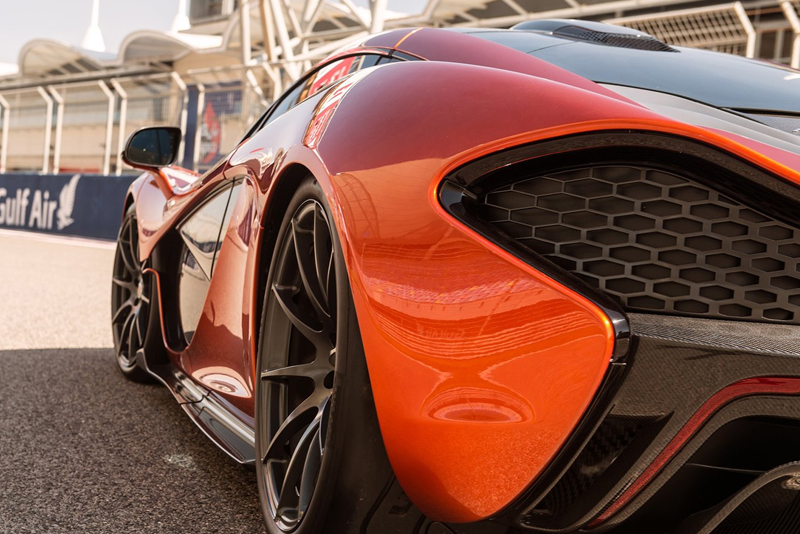 No word yet on how the massive power of this lightweight beast translates to actual motion, but expect 0-60mph in about 3.0sec and a top speed well in excess of 200mph. 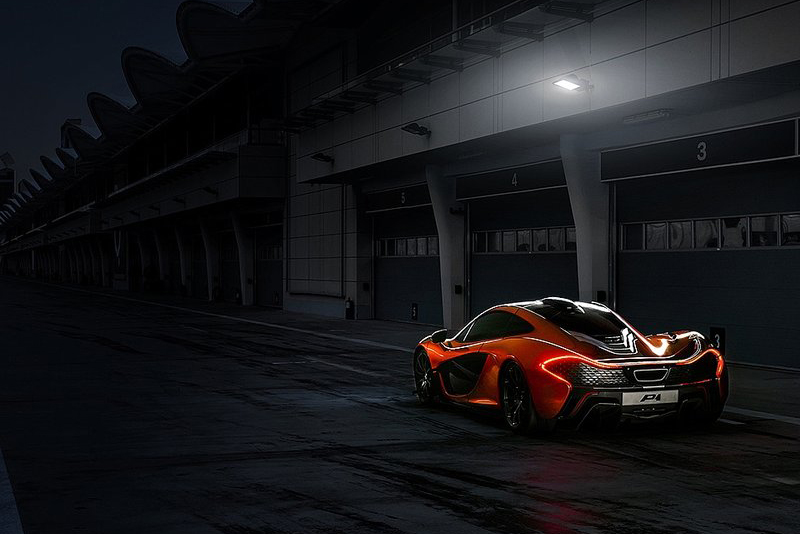