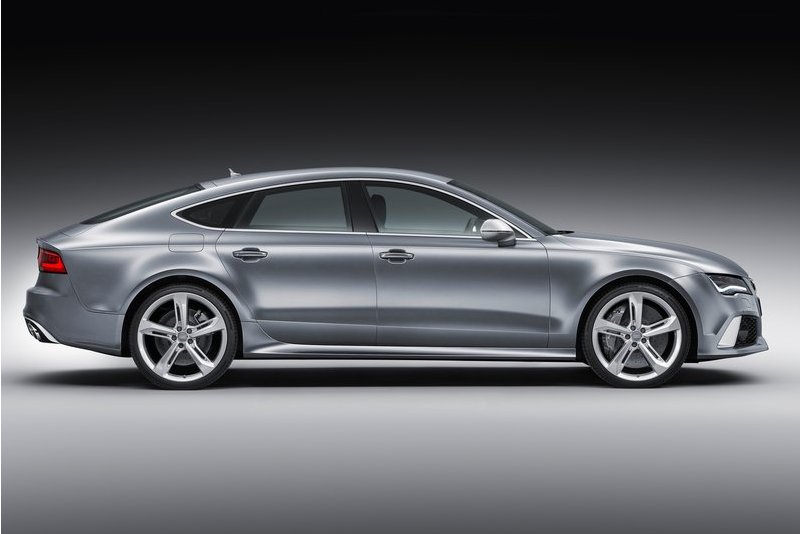 Audi’s Gets Its 'Sport' Back With New RS7

Phenomenally rapid Audi RS7 Sportback will do 0-100 km/h in 3.9 seconds and exceed 300 km/h. Fast enough for you and three others?

The redesigned 2014 Audi RS7 Sportback is just one of the many cars that have been launched at the 2013 NAIAS. The large five-door coupe is powered by a 4.0 L TFSI engine producing 560 bhp, which propels it to 100 km/h in just a supercar-slaying 3.9 seconds. The car will top out at a mad 305 km/h with the limiter deactivated!

All this is the result of an engine rigorously designed for low load-change and flow losses; the high-revving four-liter powerplant develops power quickly and instantenously. Two twin-scroll turbochargers produce up to 1.2 bars of boost pressure also contributes to the dynamic character of the twin-turbo V8. Flaps in the exhaust can be opened for a rawer sound. The Audi RS7 Sportback uses just 9.8 liters of fuel per 100 km with the performance to match! 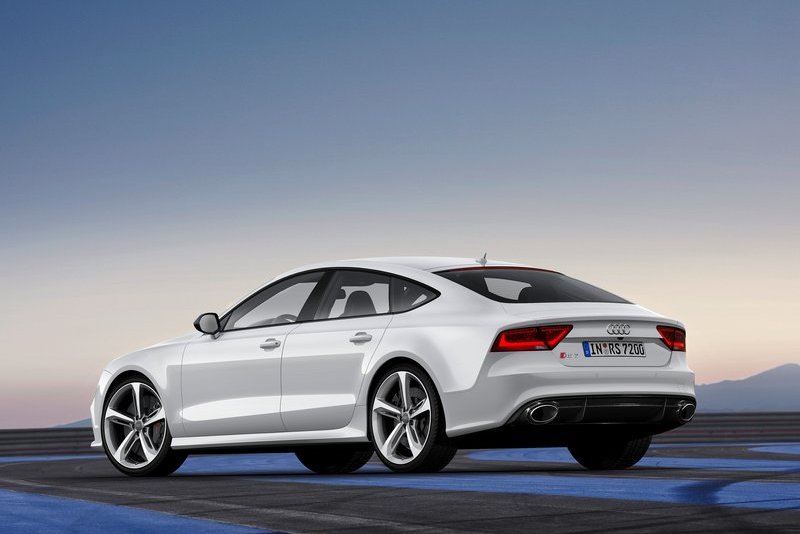 At low to medium loads and engine speeds, cylinders 2, 3, 5 and 8 are deactivates by closing their valves via electromechanical actuators. The engine runs as a four-cylinder engine until the driver accelerates more strongly again. The operations take so little time and occur so smoothly and quickly that they can barely be felt or heard. This technology reduces fuel consumption figures by roughly five percent, and even greater savings of approximately 10 percent are possible when driving at moderate speeds. 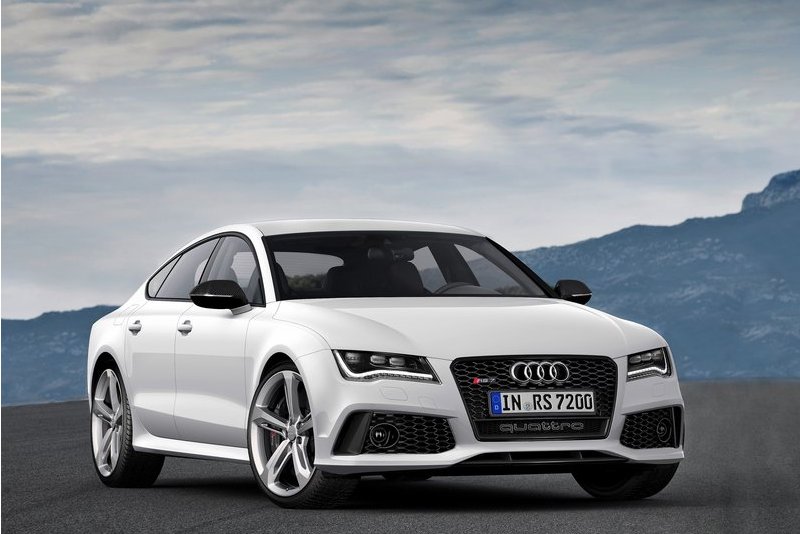 An eight-speed tiptronic is standard on the car. This gearbox is tuned to the sporty character of the Audi RS7 Sportback ; drivers can select either the D and S modes, or change gears themselves with the paddle shifters on the steering wheel or the selector lever. Quattro permanent all-wheel drive is also standard on the car. Stopping power is provided by four internally vented discs featuring a weight-saving wave design and measure 390 millimeters in diameter up front. 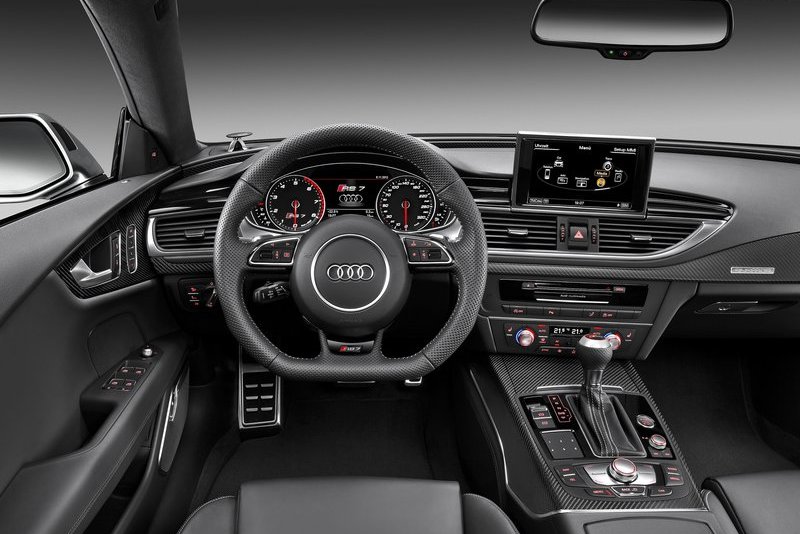 The interior is lavish, with Carbon inlays as standard, black cloth headlining with an Alcantara option. RS sport seats are covered in a combination of black Alcantara and leather with diamond quilting in the centre. Audi offers optional power-adjustable comfort seats with memory function. The two rear seats are powerfully contoured. 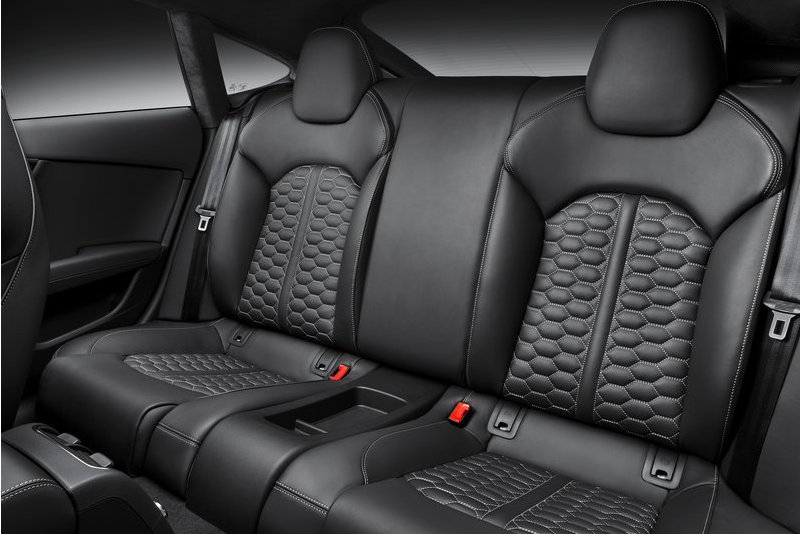 Standard equipment includes xenon plus headlights, a tire pressure monitoring system, parking system plus, three-zone automatic air conditioning, cruise control and the Audi sound system in addition to features mentioned previously. High-end options include a head-up display, a comfort package, the dynamic package and the dynamic package plus. Combining traditional hand craftsmanship with modern technology helps to provide a comfortable and luxurious car. With the tech to match, this is one cool cruiser. Styling wise, the front looks just right while the rear needs more aggression, but other than that, this is potentially going to be a fantastic performance coupe-sedan.