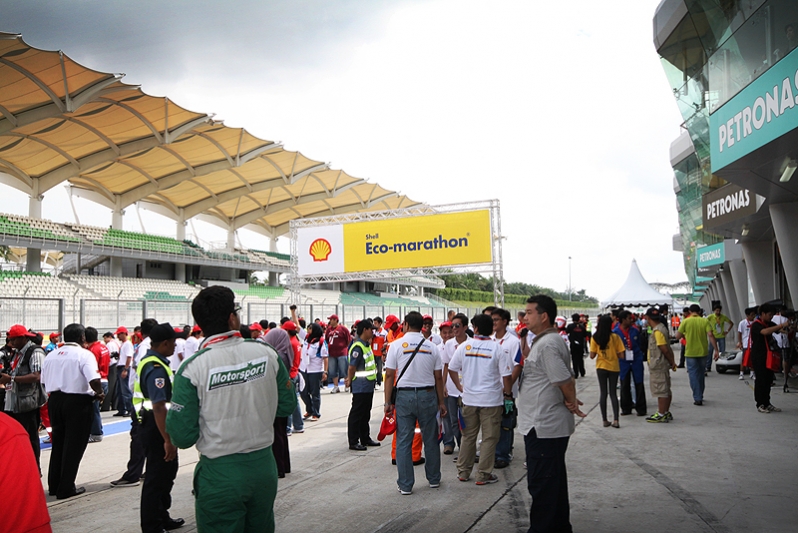 Held at the Sepang International Circuit in Kuala Lumpur, Malaysia, teams from Thailand and Singapore emerged tops amongst 81 teams from 10 Asian countries.

Apart from winning their respective categories, the event also saw new fuel-efficiency records being set at the inaugural Shell Eco-marathon Asia, with the record of 1,521.9 kilometres on a litre of fuel set by Team ATE-1 from Kong Thabbok Upatham Changkol Kho So Tho Bo School in the Combustion Category (Prototype). The record set was enough to cover a distance from Kuala Lumpur to Bangkok. The team even surpassed the record set by the winning team at a similar event held in Houston, Texas in March, of 2,487.5 miles per gallon, equivalent to 1,057.5 kilometres per litre.

Initially, it was Japan's Hyogo Prefectural Tajima Technical Institute’s Clean Diesel Team leading the way with 1,235.1 kilometres per litre, but a late surge from the Thailand team saw it outdistance the rest of the teams, coming from behind at the eleventh hour to set the record on their fifth and final attempt. This bumped the Japanese team to second while the third prize went to China's Tongji University's Autodesk Zeal Eco-Power team for squeezing out 940.4 kilometres. 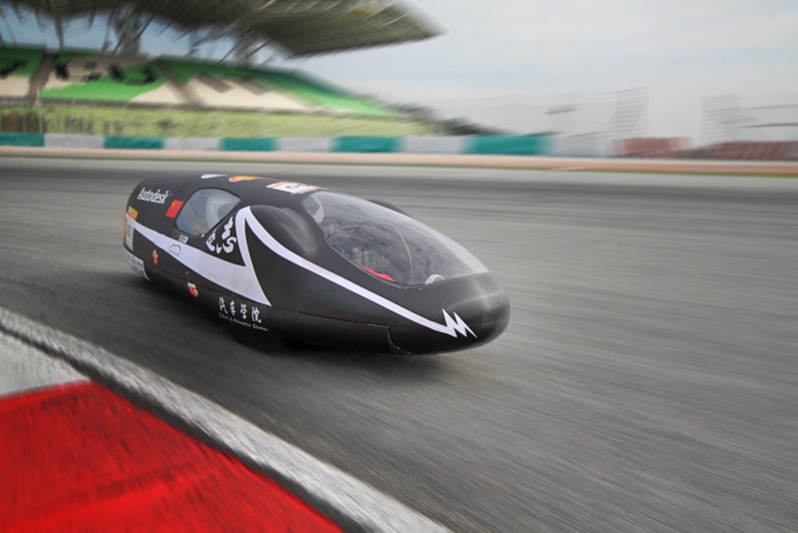 In the Fuel Cell Category (Urban Concept), the NUS Urban Concept team from the National University of Singapore using hydrogen fuel was tops with a distance of 612.4 kilometres per litre in their KRUCE 2 concept vehicle. The team also won three other awards that included the Shell Eco-marathon Off-Track Awards of both Safety and Technical Innovation as well as the Autodesk Design Award. 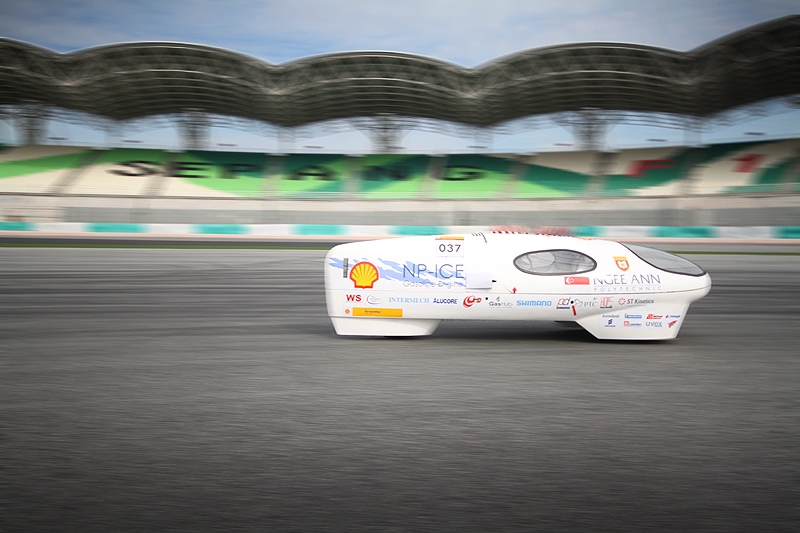 More about the Shell Eco-marathon: The competition is participated by student teams from around the world in either the Prototype or Urban Concept categories. For the Prototype category, teams entered futuristic prototypes — streamlined vehicles focused on maximizing fuel efficiency through innovative design elements, such as drag reduction. 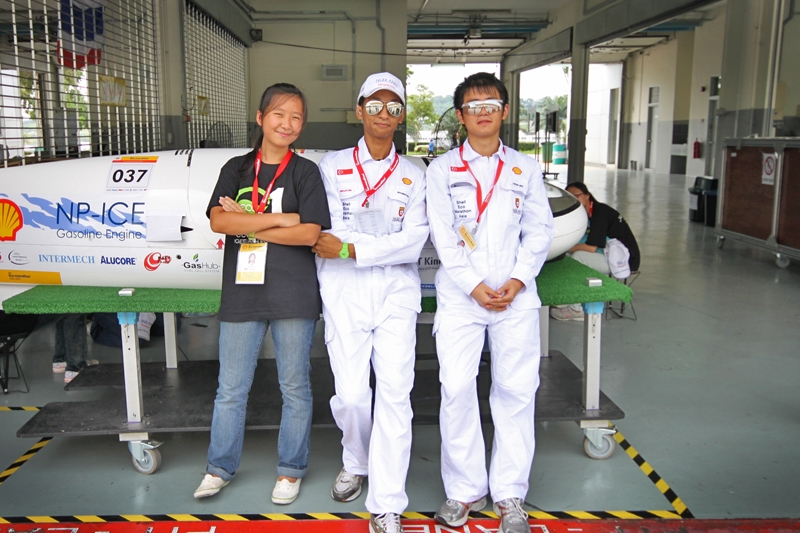 For the Urban Concept category, teams entered more 'roadworthy' fuel-efficient vehicles. Aimed at meeting the real-life needs of drivers, these vehicles are closer in appearance to the cars seen on roads today. 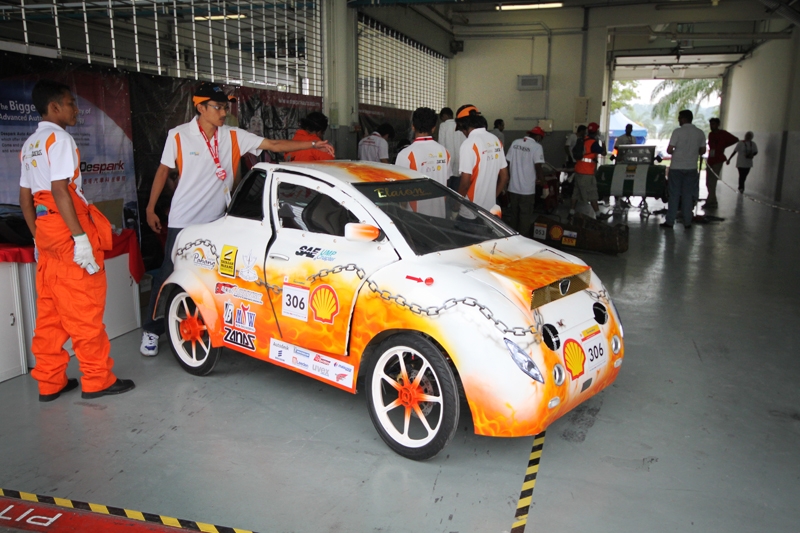 For both categories, teams can use any conventionally available energy source — including fuels such as diesel, gasoline and liquid petroleum gas (LPG), as well as alternative fuels such as hydrogen, biomass and solar. 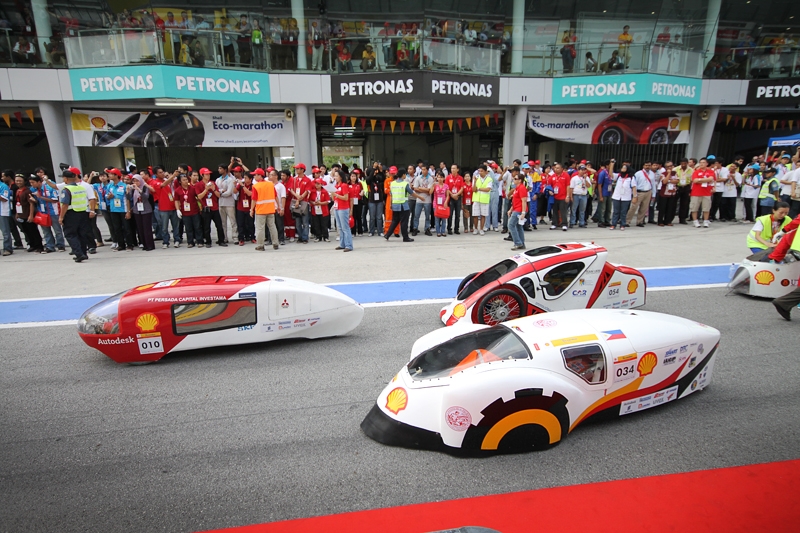 With the kick-off of the event in Asia on the 8th of July 2010, the Shell Eco-marathon has finally achieved the status of being a truly global event for the first time with 80 per cent of the teams making it on to the track for the inaugural Shell Eco-marathon ASIA 2010 which is comparable to teams who participate in Europe and the United States. This competition has been running in Europe since 1985 and the United States since 2007 and the objective of the competition is to challenge students to design, build and drive a vehicle that can travel the furthest distance on the least amount of fuel. 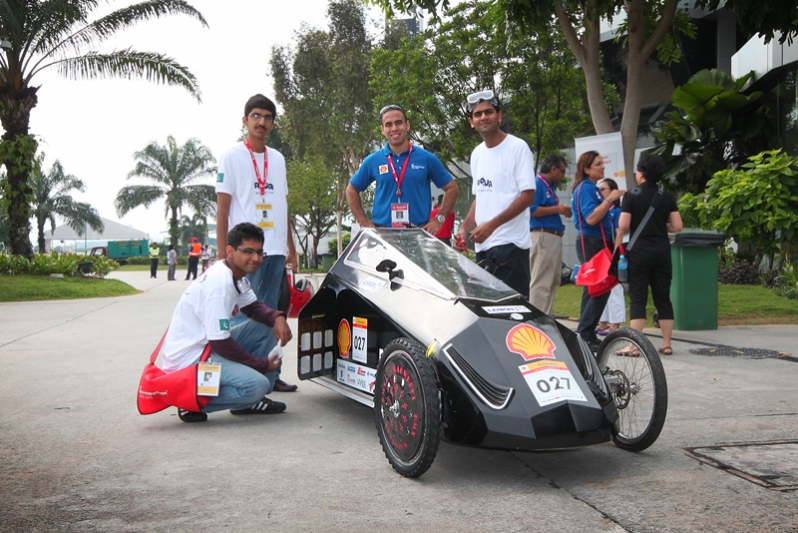 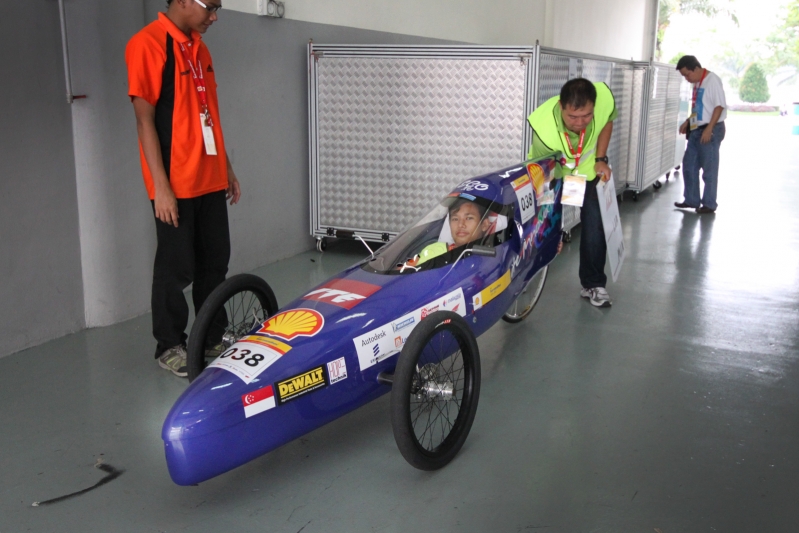 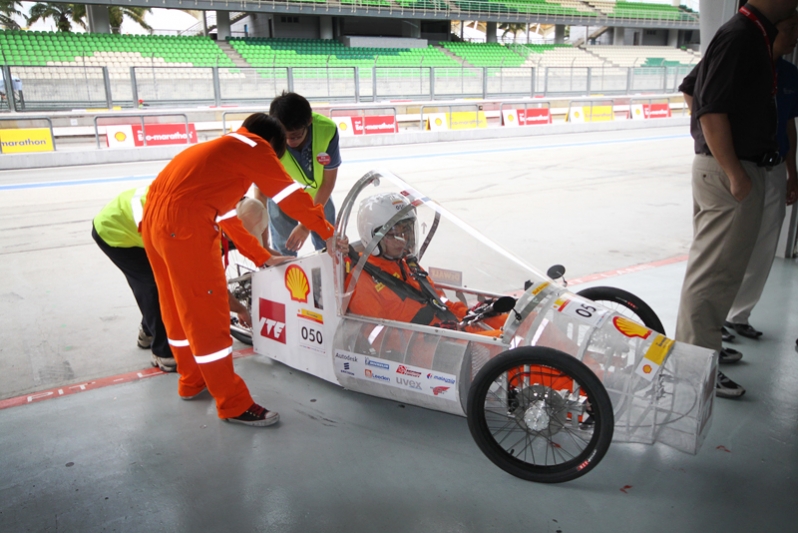