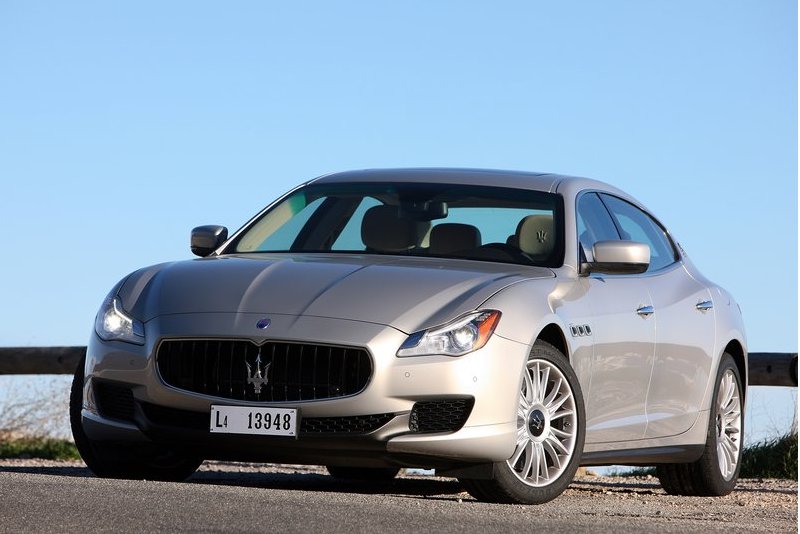 Maserati hopes the redesigned Quattroporte can help achieve a sales figure of 50,000 cars by 2015.

Maserati’s redesigned halo car has officially been unveiled at the 2013 North American International Auto Show. The new Quattroporte is ligher, bigger, kitted out with even more luxuries, and is more practical than its predecessors.

For the first time in 9 years, the Quattroporte is offered with a V6 - the 3.0 L Twin Turbo V6 develops 405 bhp, while the larger 3.8 L Twin Turbo V8 develops 523bhp. The V8, with a 307 km/h top speed and a naught to 100km/h time of  4.7 seconds, it is just as fast as some of the 2 door supercars, and is a whole - 20 km/h faster than the existing Quattroporte Sport GT S. This makes it the fastest 4 door Maserati ever built. Also, thanks to it’s turbocharging, the car has improved fuel consumption and emissions by 20%, and at peak, delivers up to 200 Nm more torque than the previous model.

The V6 is offered with a choice of drivetrains from an AWD ‘Q4’ system that is LHD only, to a more traditional RWD. Both V6s are capable of a top speed of 285 km/h. This “Q4” system is a revolutionary first for the new Quattroporte. 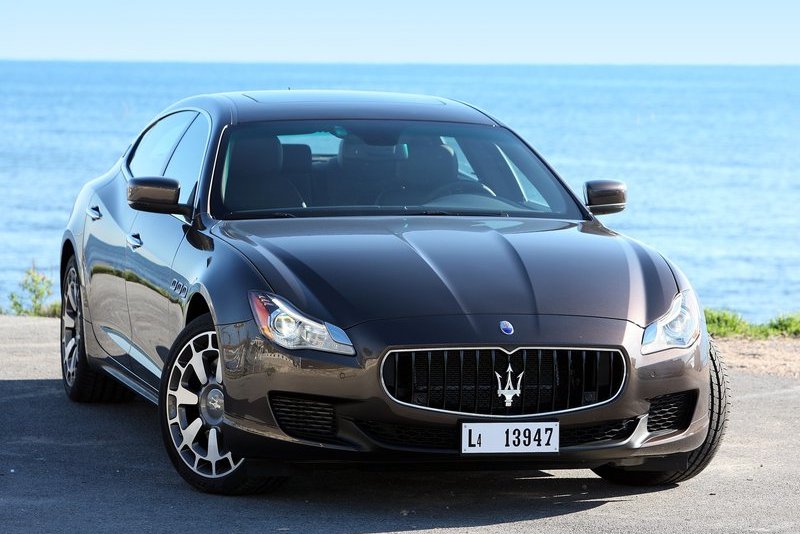 The system can redistribute torque from full rear wheel drive at higher speeds to a perfectly balanced 50/50 distribution between front and rear wheels when more traction is needed almost instantaneously. 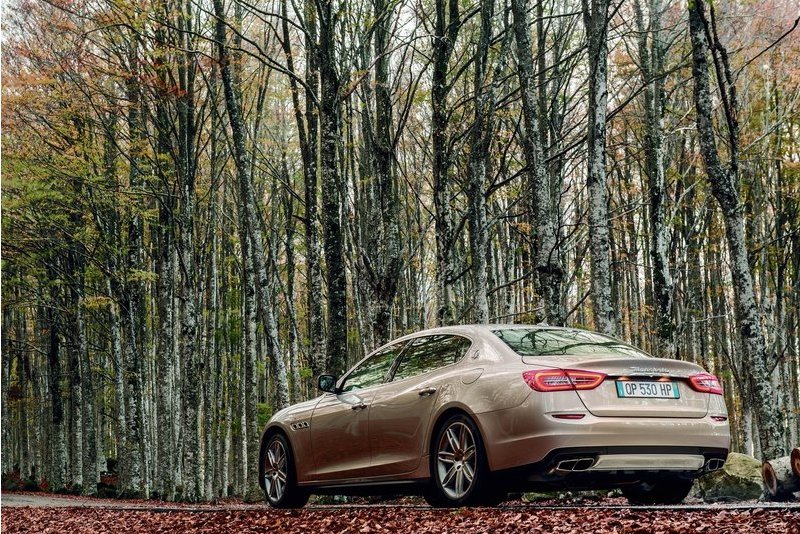 All engines are developed in house by Maserati, and built in the same plants that churn out Ferrari engines. Its gearbox is jointly developed with ZF and features the latest 8 speed automatic technology. 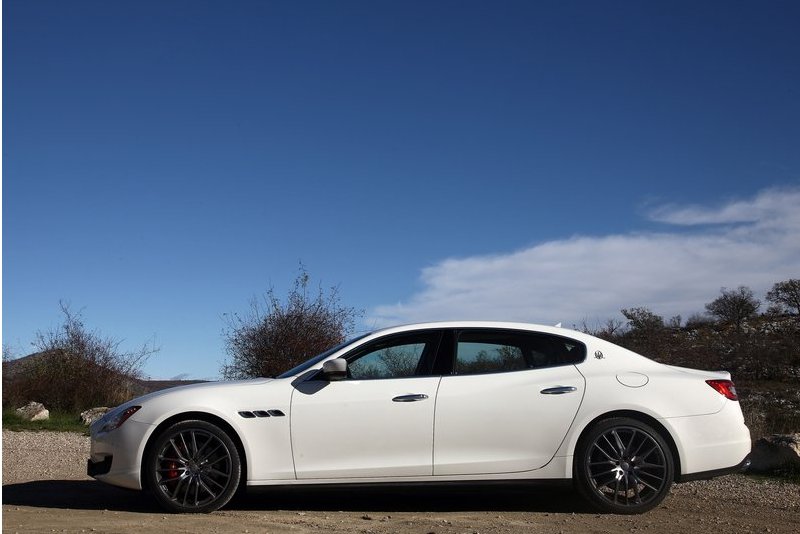 The sixth-generation Quattroporte manages to implement high-tech gadgets to aid the driver, while remaining true to Maserati’s history of luxury sports saloons. With the car, Maserati aims to achieve total sales of 50,000 units a year by 2015. 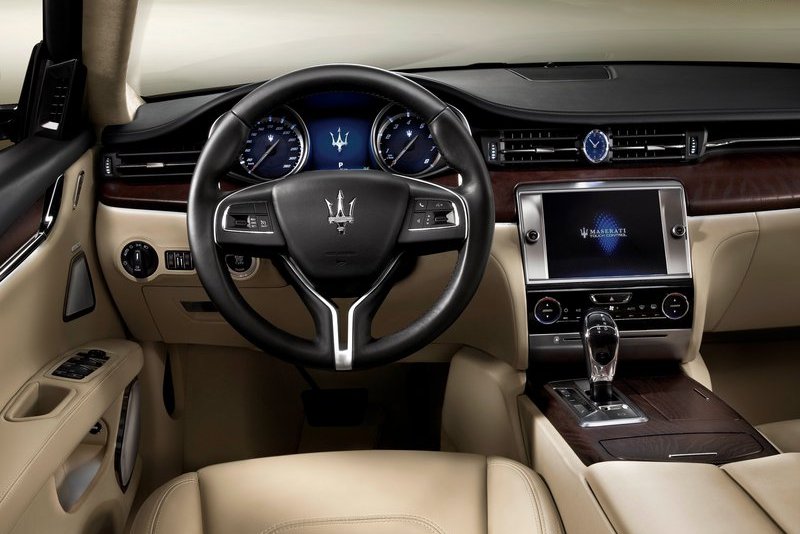 The traditional hand-crafted interior in the six-generation Quattroporte hasÂ even more interior space, and larger seats. Cars come with a choice of either a 4 or 5 seater configuration. Features such as the Maserati Touch Control screen, adjustable pedals, reverse cameras and the optional 15-speaker, 1280 Watt Bowers & Wilkins audio system, as well as WLAN-based WiFi, helps the car achieve a new level of luxury. 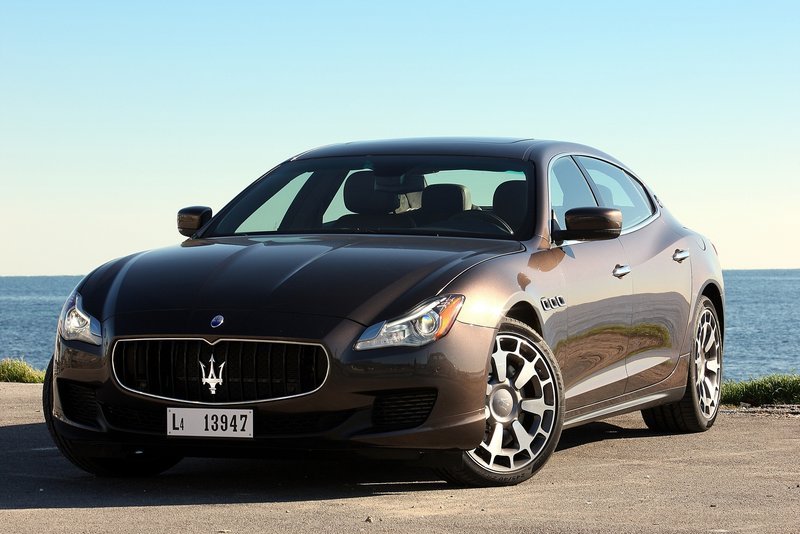 A target of 50,000 cars sold by 2015 is going to be challenging, considering they only sold 6307 cars in 2012, of which 1508 examples were Quattroportes. The styling may be a tad bit controversial though; the Lexus/Hyundai-esque rear end may not appeal to all, although with a bit of a tweak, the rear end might just work.