BMW's answer to Lexus' LS600hL is the ActiveHybrid 7, a large premium hybrid that offers both luxury and performance. From our time with the car, it seems to have succeeded in fulfilling both claims.

I've been driving a lot of premium hybrid cars in the past few months, and it wasn't until recently that I started to understand the need for such cars. Large premium cars tend to have large capacity engines, and a car like the 7 Series can't do with anything less than a 3-litre. This results in higher carbon emissions that pollute the environment, so a hybrid engine helps to keep emissions to a minimum in slow traffic, this is especially relevant for a city like ours.

But I have a feeling BMW is thinking more 'mean' than 'green' here. You see, manufacturers have also found that slapping a battery does produce a useful dose of extra power and torque for the car, which almost always ends up with them marketing the car as a bit of a performance car as well. Which has always been our slant here at Burnpavement.com anyway. Well, we're happy to say that the ActiveHybrid 7 is a rather enjoyable 'barge' to drive, BMWs in general tend to be. 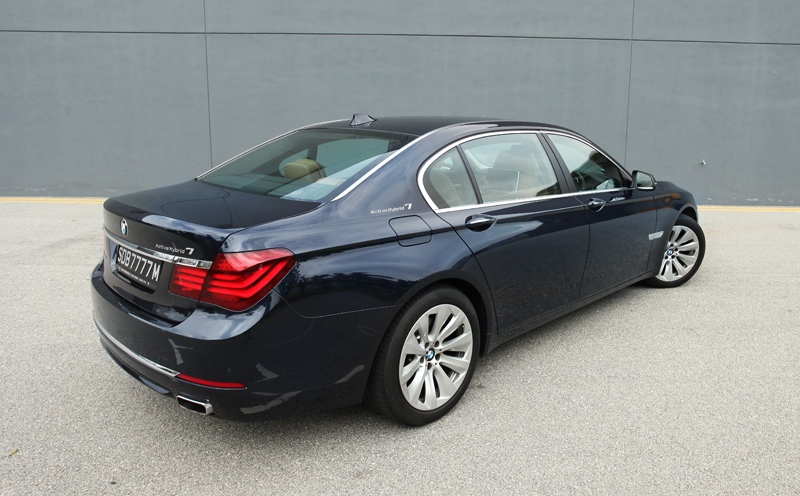 With a respectable 354 bhp and 450 Nm from the 3-litre turbocharged petrol engine, the AH7 will smoke many cars to 100 km/h from standstill. The almost 2 tone car will do it in 5.7 seconds, and cruise on to a limited but easy 250 km/h. Like most hybrids, you'll be able to drive this car without letting the petrol engine kick in for a bit once the battery is charged, but unlike many, there is no selectable electric-only mode. 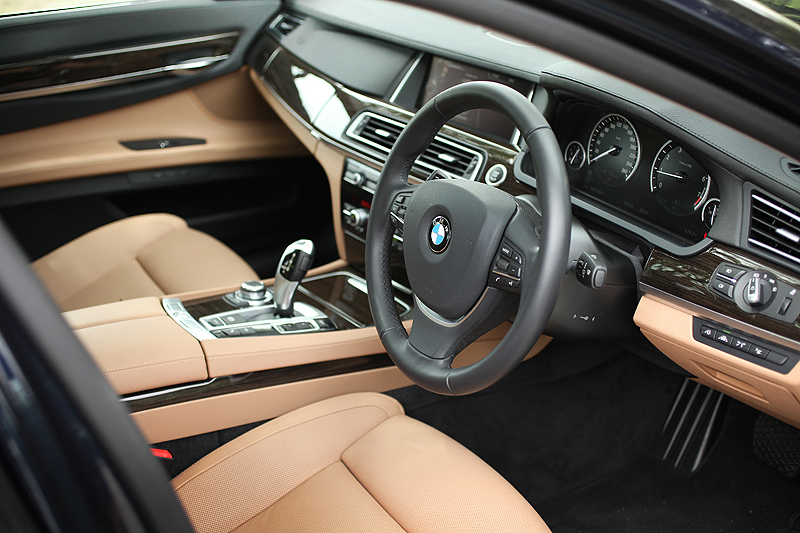 Once the combustion engine kicks in though, it almost acts like a wake-up call to have some fun. Sure, it's no hot compact saloon, but for a huge car, the 7 Series handles rather nicely. Steering feel is light but not dead, there is an accuracy to it and the AH7 will tread on the inputs given by the driver. It must be said though that the drive mode presets in Sport and Sport+ do little to add any feedback from the steering, but as always, the suspension and throttle response do sharpen up, making it quite a hoot to drive. Also another common BMW feature, is the 8-speed ZF automatic gearbox that is quick and a joy to use. 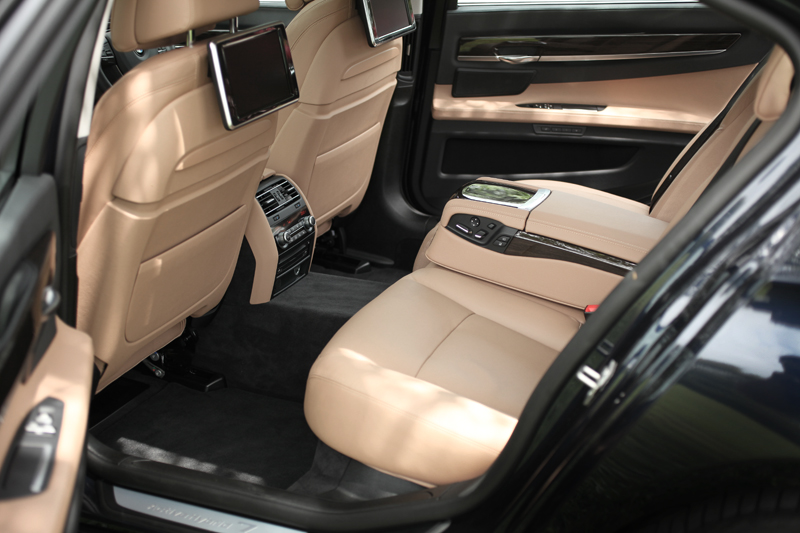 Of course, this being a luxury model, the well-appointed interior is a joy to be in. Spacious, swathed in leather and high-tech gadgetry, our test-car came with two rear screens and a DVD player. Which was handy, as it kept my kids busy while I tested the 'more important' aspects of the car. 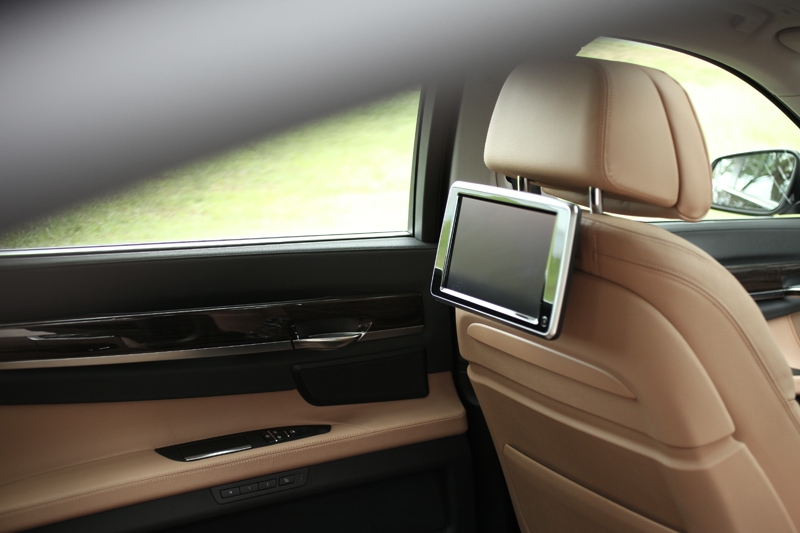 Everything on the inside is classy and well-built, similar to any other 7 Series sedan. The only thing that the AH7 'loses out' on is the boot space. About 140 litres has been sacrificed to accommodate the ActiveHybrid’s battery pack. Taking up a vertical slot between the rear seats and the boot, the depth of the boot has been compromised, although I personally find reaching for cargo that deep in always a hassle anyway. Golfers, the boot will still fit your golf bag, don't worry. 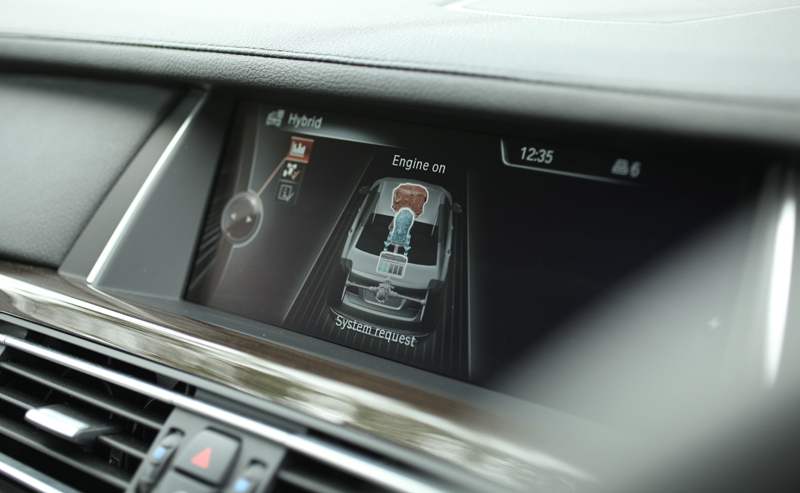 So it's green, grand and it goes. It's even packaged nicely in a premium german marque. So is the AH7 truly the best all-rounder luxury hybrid? 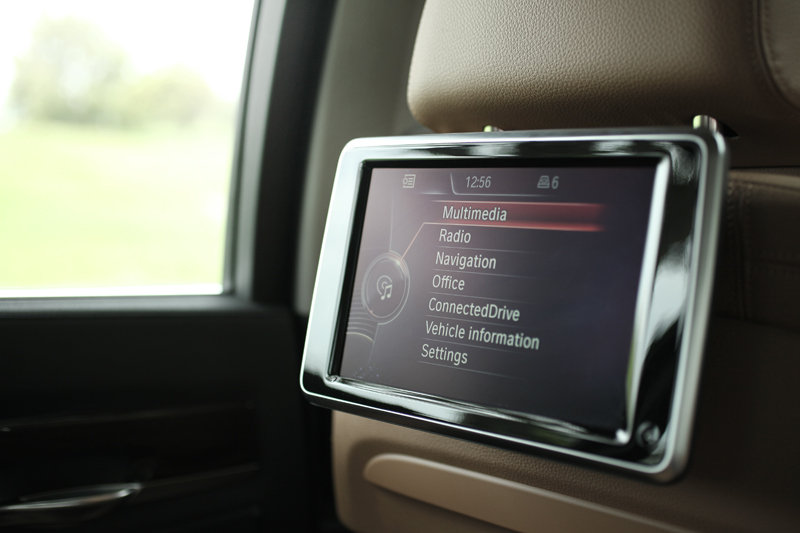 Some may argue that a diesel 7 Series would make more sense, but at low speeds and city traffic (which we get a lot of here), the AH 7 is actually a better option. Think about it, with a diesel, you'd be breathing out CO2 as long as the engine is on, but with a hybrid, the battery takes over when you're crawling or waiting. Add to that, the performance of a 750i but at about SGD 50,000 cheaper, the ActiveHybrid 7 does actually start to make sense in our context. 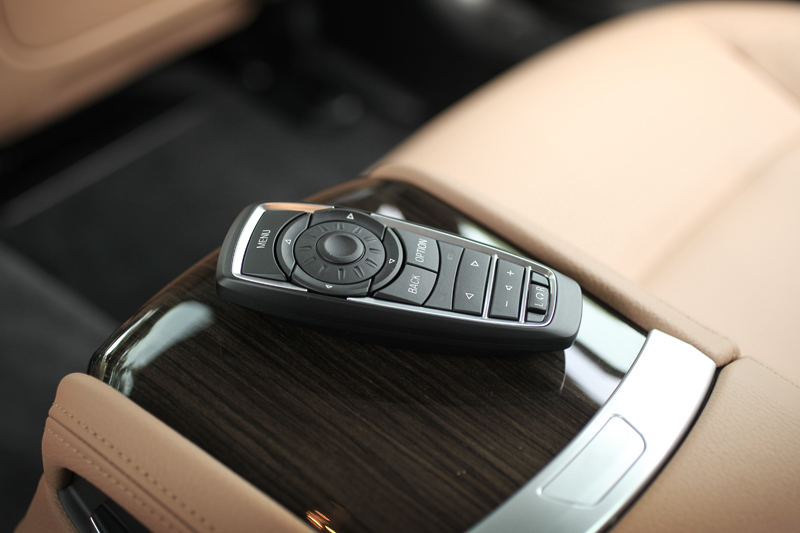 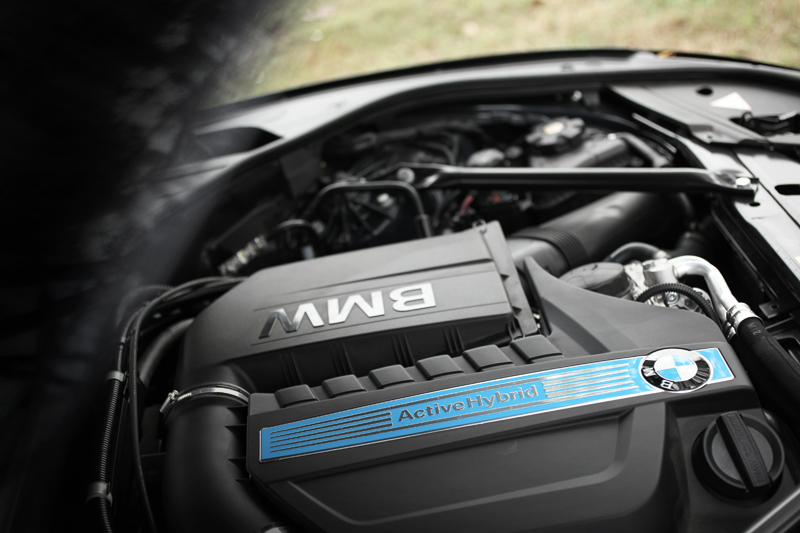 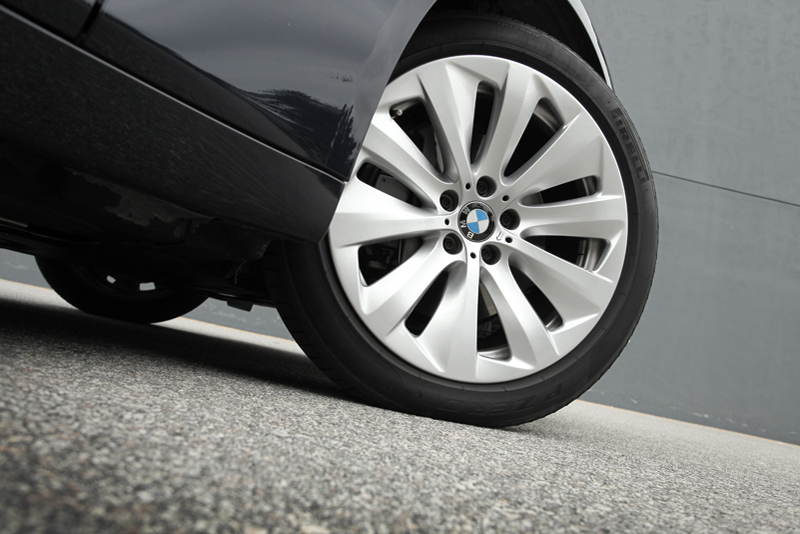 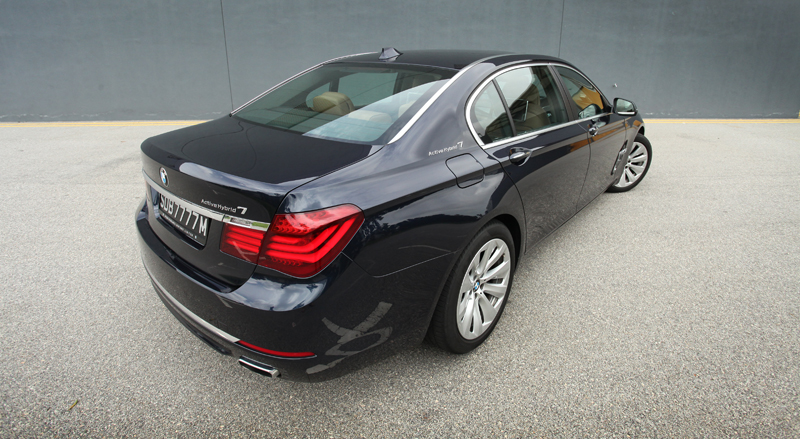 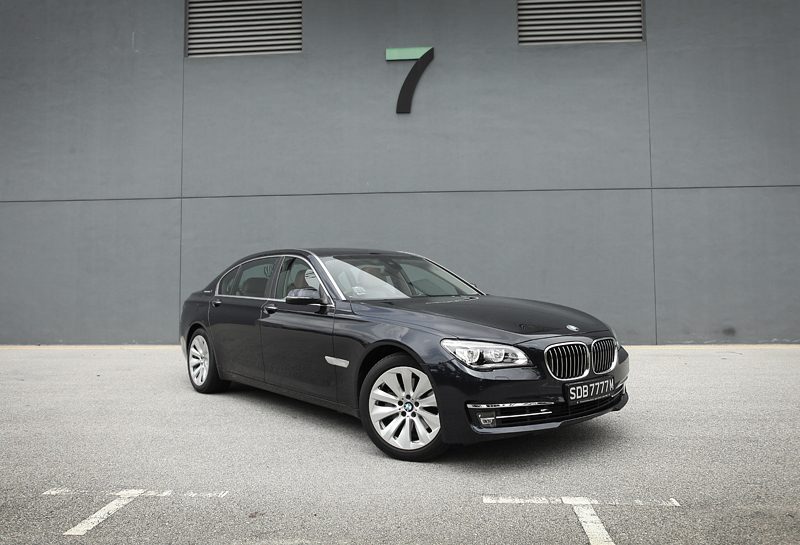